The City of Carrara and the Cultural Association Ars Gratia Artis present Propaganda of the deed. I protagonisti dell’azione anarchica. On display at the Plastic Arts Centre of Carrara from October 19th to November 25th. 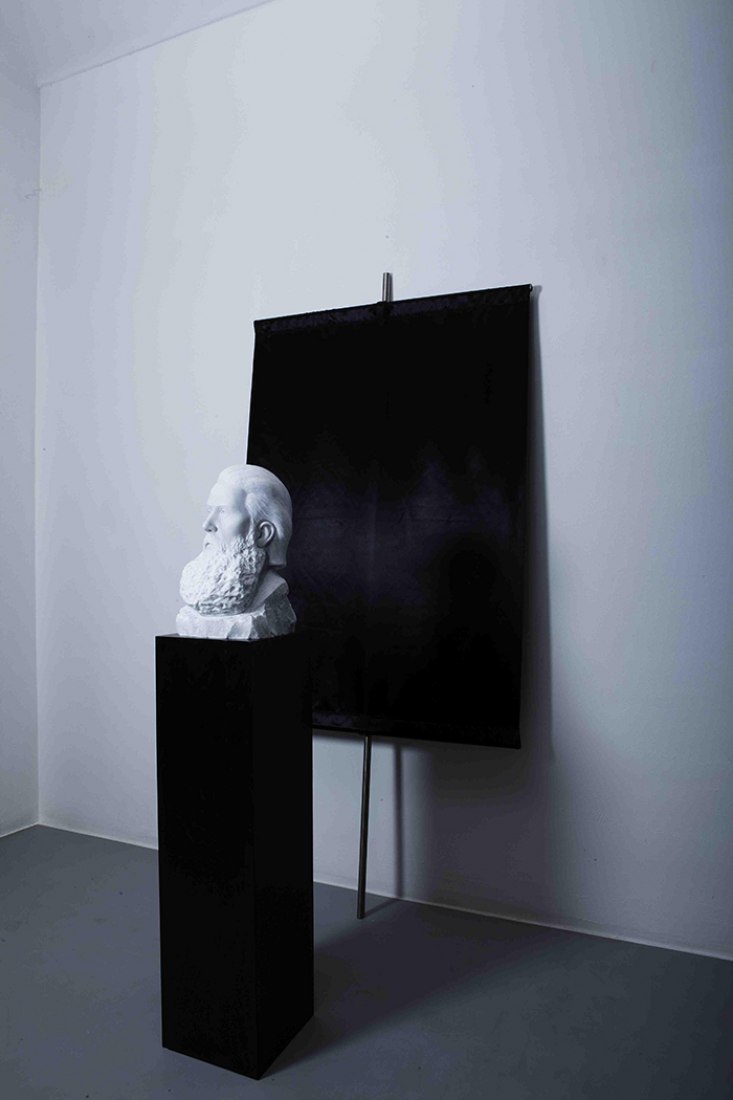 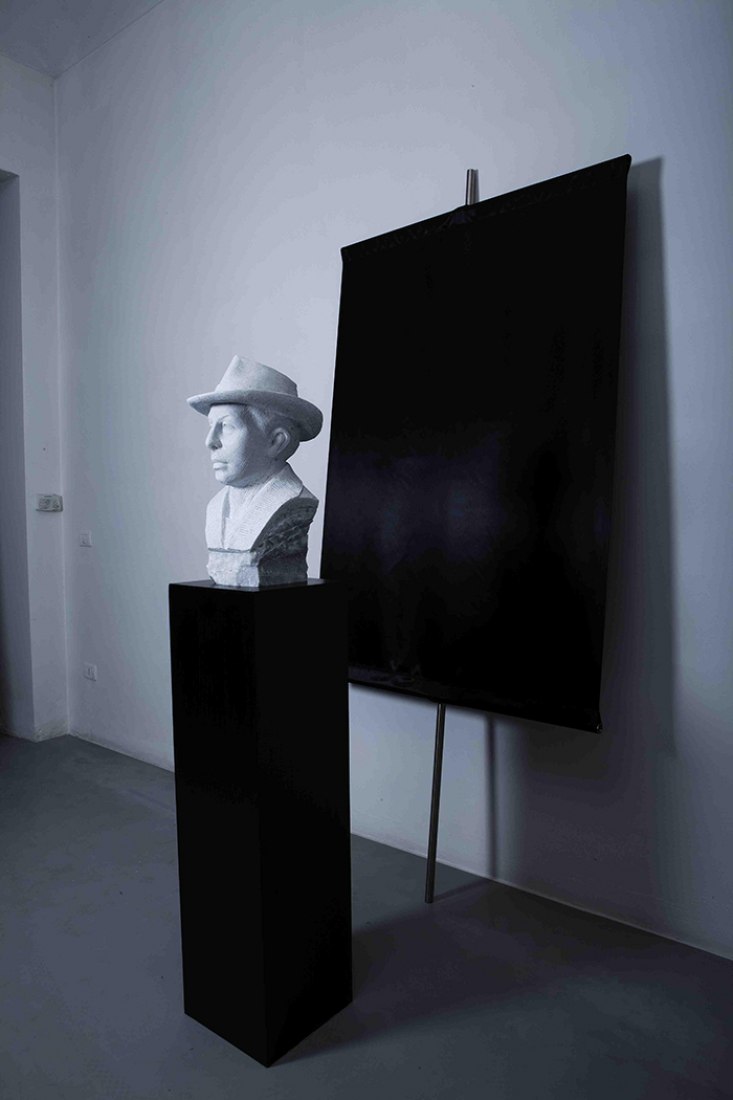 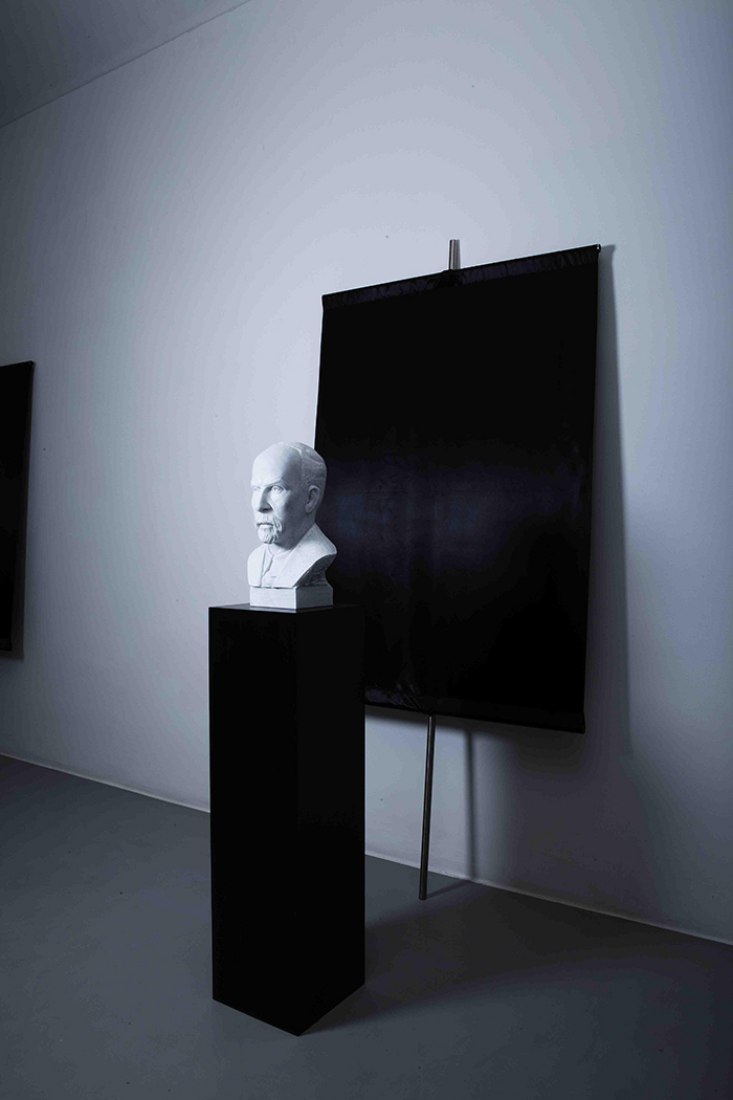 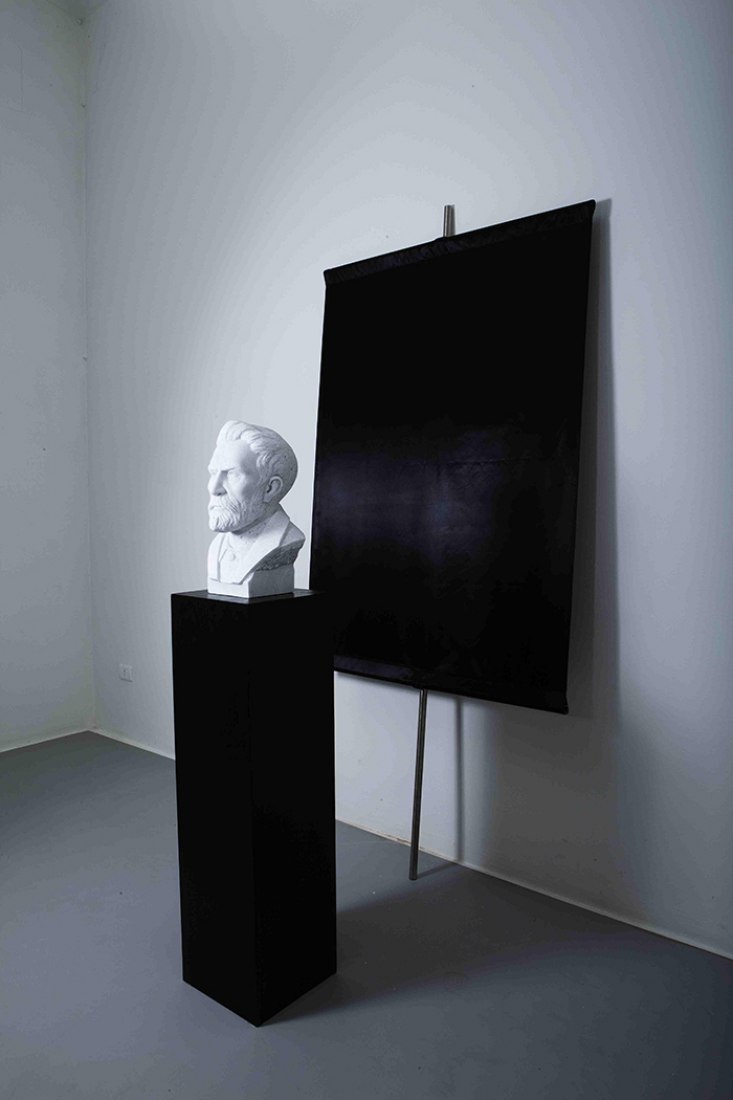 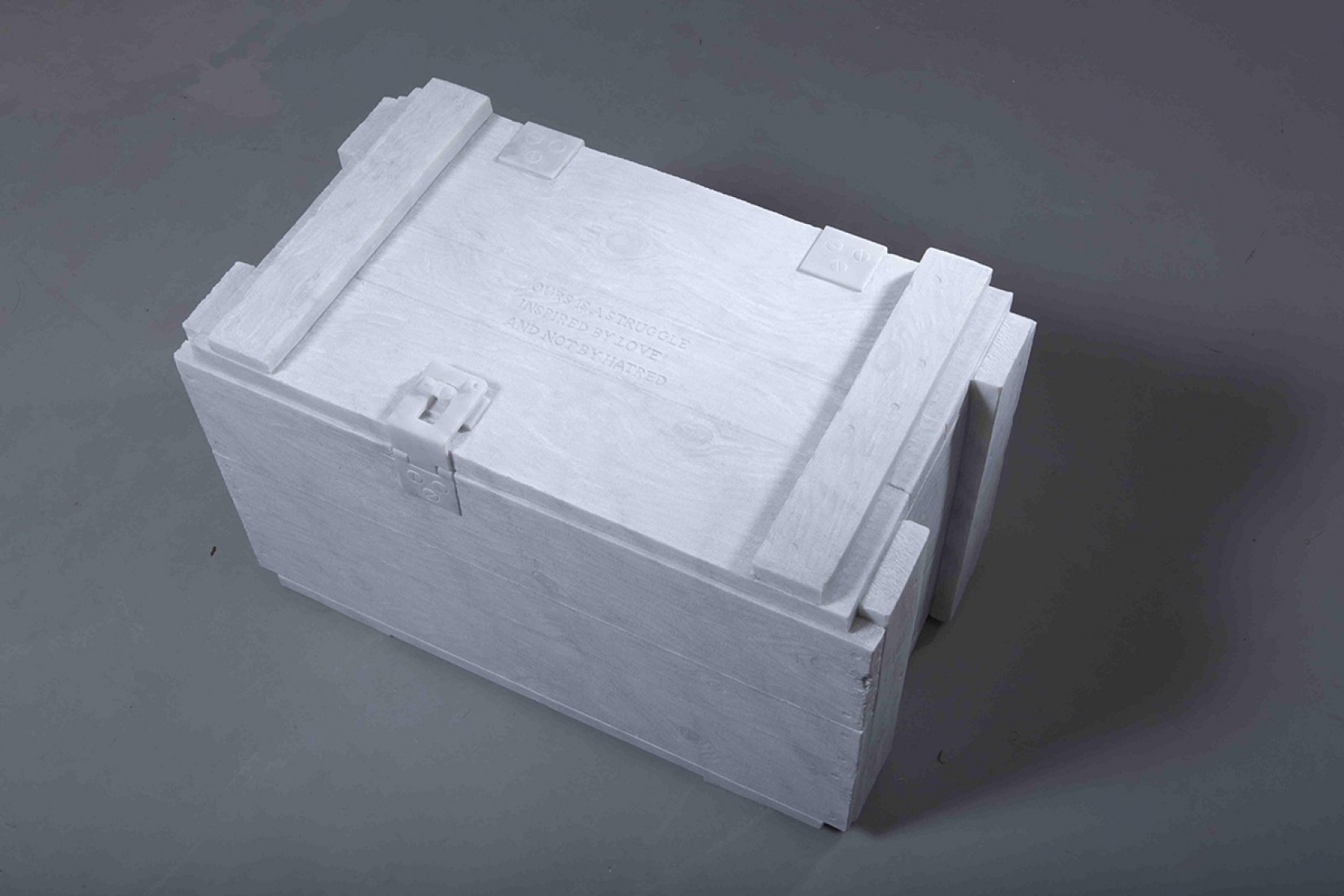 Black Powder (ours is a struggle inspired by love and not by hatred). Photography © Stefano Lanzardo. Click above to see larger image. 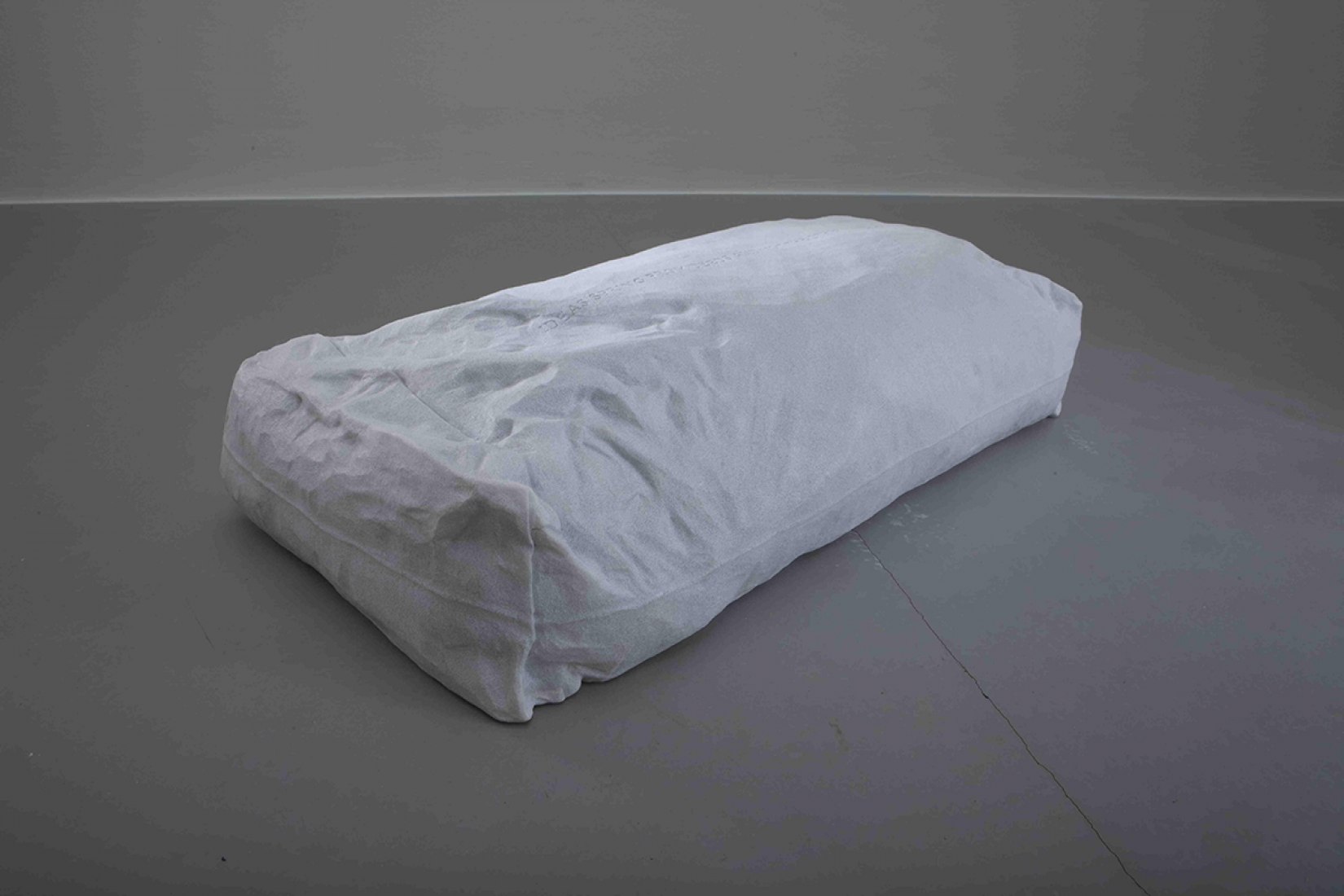 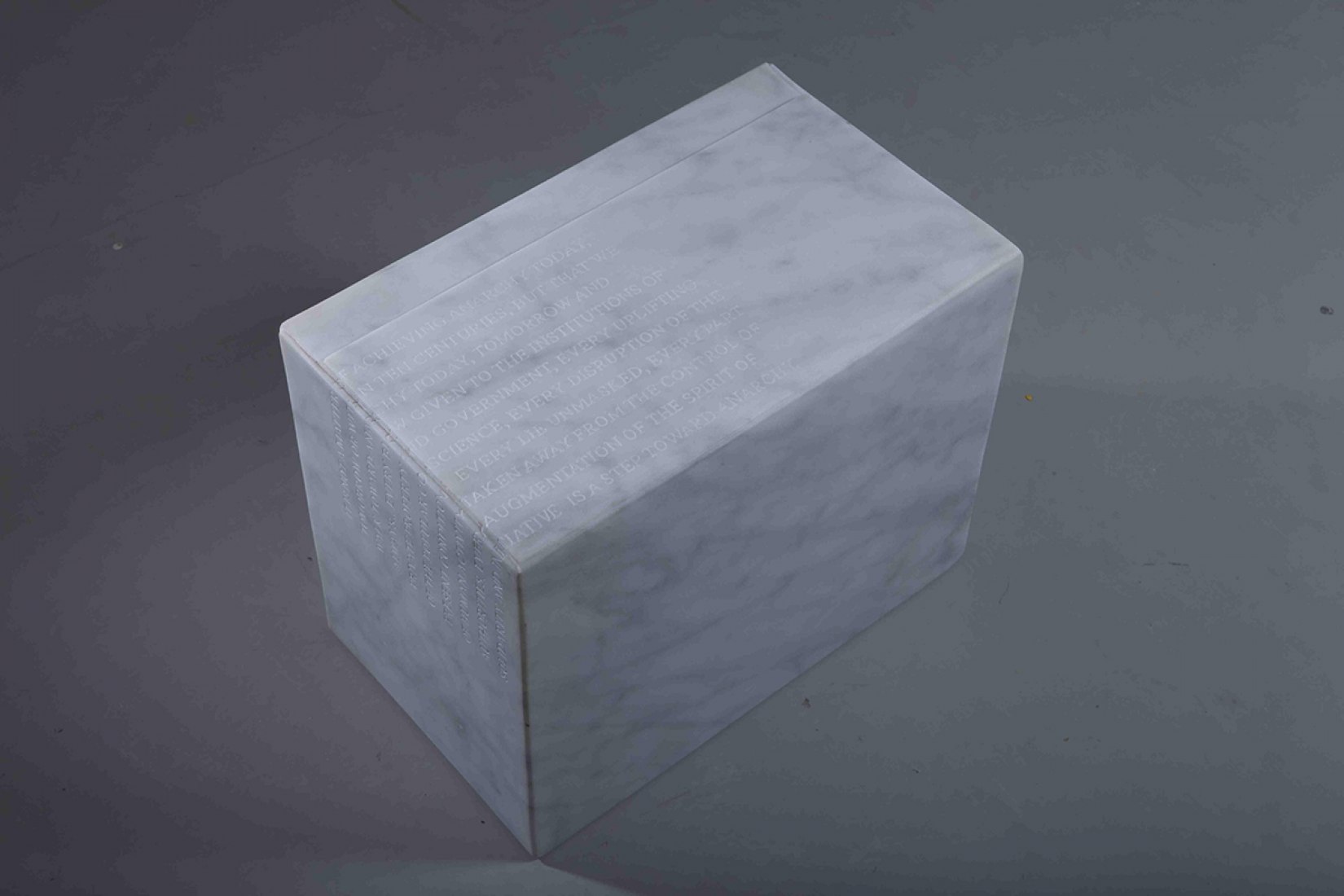 Black Powder (it is not a matter of achieving anarchy today). Photography © Stefano Lanzardo. Click above to see larger image.

Produced by Franco Soffiantino and curated by Federica Forti, “Propaganda of the deed” is a solo show of works by American artist Sam Durant, This event is part of the calendar of exhibitions offered by the second edition of DATABASE, a wide-ranging program encompassing exhibits and cultural activities, created by Ars Gratia Artis in collaboration with the City of Carrara.

The project “Propaganda of the deed” is inspired by the city of Carrara, which captivated Sam Durant during his participation in the city's 14th Biennale of Sculpture. During this time, the artist became acquainted with the artisanal workshops and sawmills of Carrara, delving into the city's heritage, and the close connection which links the history of marble quarrying with the history of the Anarchist movement at the turn of the 20th century. Many leading figures in the national and international Anarchist movement were in fact born in this very city, among which Gino Lucetti, who is known for his participation in a failed attempt against Mussolini, and from whom the “Lucetti brigade” and a square in the centre of Carrara received their name. Another important local figure was certainly Renzo Novatore (from nearby Arcola), a Futurist poet and leading member of the individualist fringe of the Anarchist movement in the province of La Spezia.

These men, along with other important figures such as Errico Malatesta, carlo Cafiero, Francesco Saverio Milano, Marie Louise Berneri who attests the key role played by women in the history of the Anarchist movement – are the main characters in Durant's project, which returns to its roots, in Carrara, after having been displayed at other venues, including MACRO in Rome (exhibition “La stessa storia”, curated by Bartolomeo Pietromarchi).

A “history of deeds” which Durant freezes in time, recounting its protagonists and events through sculptures of busts and replicas of the cases once used to store dynamite – artworks made from marble which restore a sense of monumentality and historical value to this ongoing tale – the tale of an Ideal which becomes Action in the pursuit of Freedom. Deliberately unfinished, these busts remind us of the utopian nature of the Anarchist ideology, though simultaneously highlighting its ongoing relevance in today's world. The exhibition also features an area devoted to the Anarchist movement in Carrara, which includes a screening of the documentary film “Non sono l'uno per cento” (2006) directed by Antonio Morabito.

Federica Forti's curatorial project offers an unprecedented reading of the lives and thoughts of the characters portrayed, and broadens the interpretation of Durant's work by highlighting its link with the contemporary use of marble in art productions.

As requested by the artist, the plaques beneath each artwork feature the names of the artisans and workshop employees who made this project possible. One room in the Museum will also house an exact replica of the sculpture workshop Telara Studio d'Arte, where Durant's pieces were manufactured: the Studio has provided plaster moulds of the heads of the anarchist characters, photographs supplied by the artist for the creation of clay models, tools and equipment, which will be displayed with the objective of documenting each phase of the artistic process. The display will also include texts written by the figures portrayed in the project, as selected by the artist: direct source material which will provide visitors with a deeper understanding of both the ideology and the personal lives of these characters. 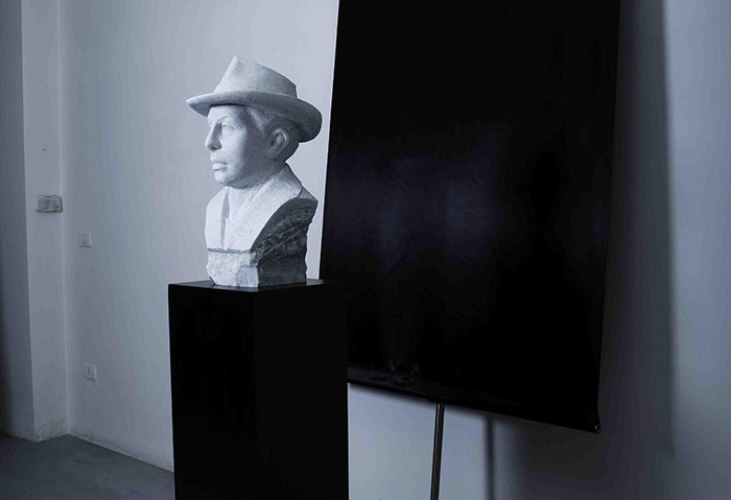 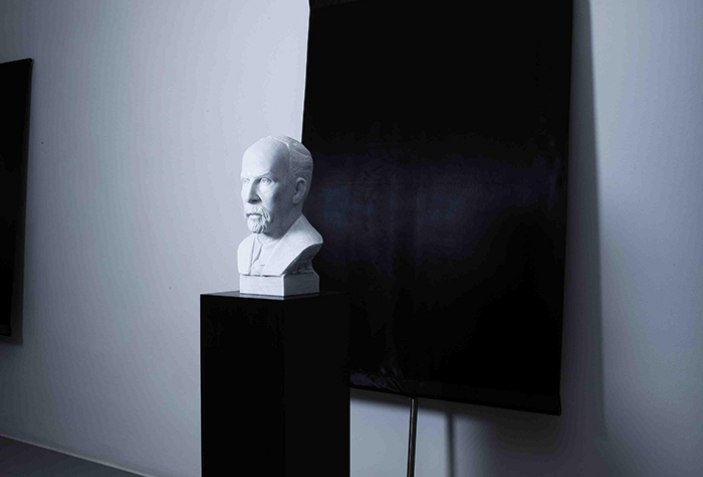 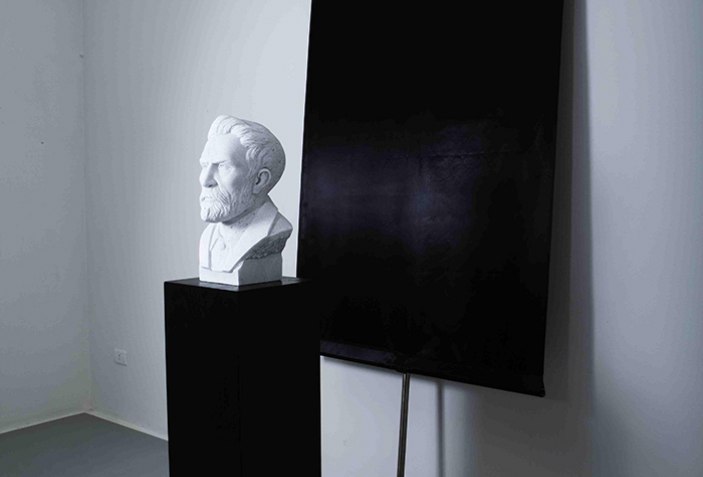 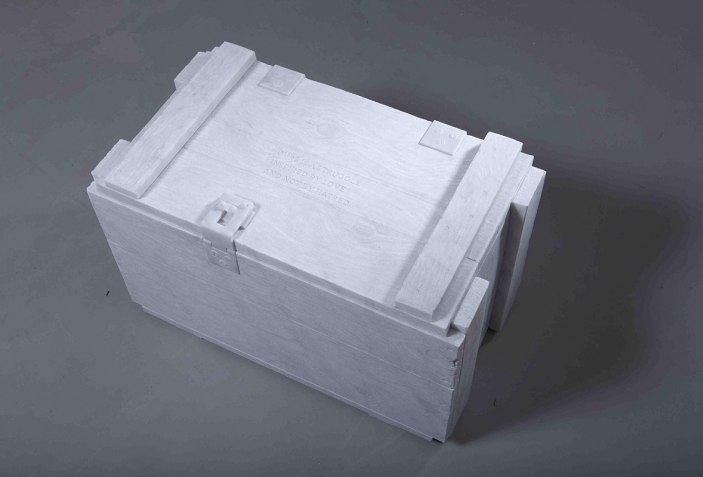 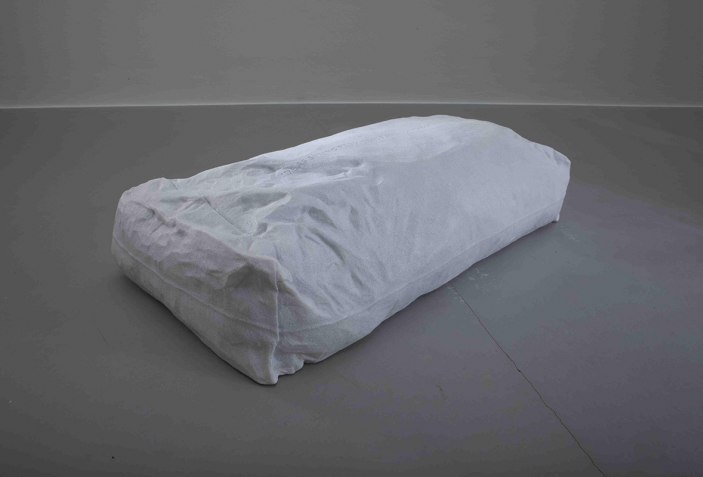 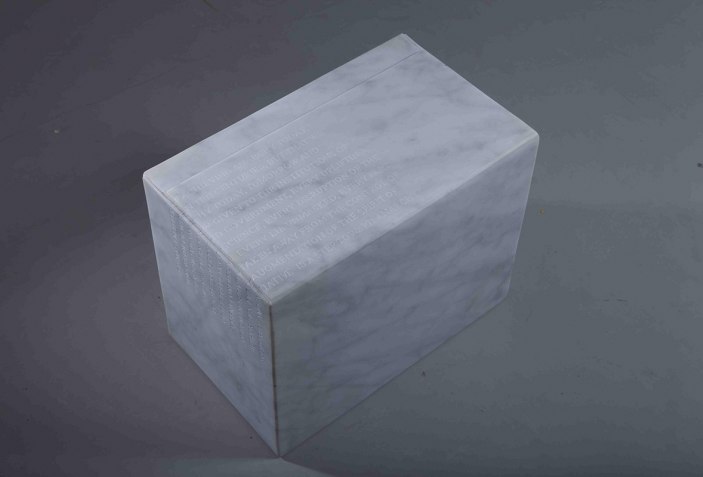 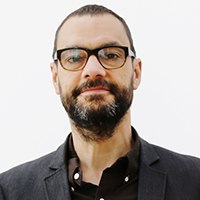 Sam Durant, american artist based in Los Angeles, he ranks among the most important figures in the international contemporary art scene. He has participated in many Bi-annual exhibitions, including those in Panamá, Sydney, Venice and Whitney.

His works are displayed in many public collections, including the Art Gallery of Western Australia in Perth, the Tate Modern in London, Project Row Houses in Houston, and the Museum of Modern Art in New York. His artistic research has consistently focused on social, political and cultural themes pertaining to American history – from the civil rights movement to southern rock music – but is also linked to the political and social tragedies afflicting modern society. His pursuits have recently broadened to also include Italian history, and specifically the history of the Anarchist movement which was active in Italy towards the end of the 19th century.