Can we define the prototype of woman that builds cities nowadays? Roles and clichés, like specters, haunt women in a traditionally male field: architecture. The year 2015 presents a climate of struggle for employment equity and visibility of women in the profession through a variety of campaigns, forums, publications and awards. At the same time, we are witnessing the emergence of a growing wave of talented females architects, empowered by media that appear to be the new divas, promoting the image of the new female archistar. Another stereotype. How to overcome the typecasting of the ideal of fame in architecture? Strategies could be opened like a fan, but today, I want to return seventy years ago, and show some images that exceed roles, break stereotypes and honor women and their ability to "build cities" but without focusing on the individualistic image. 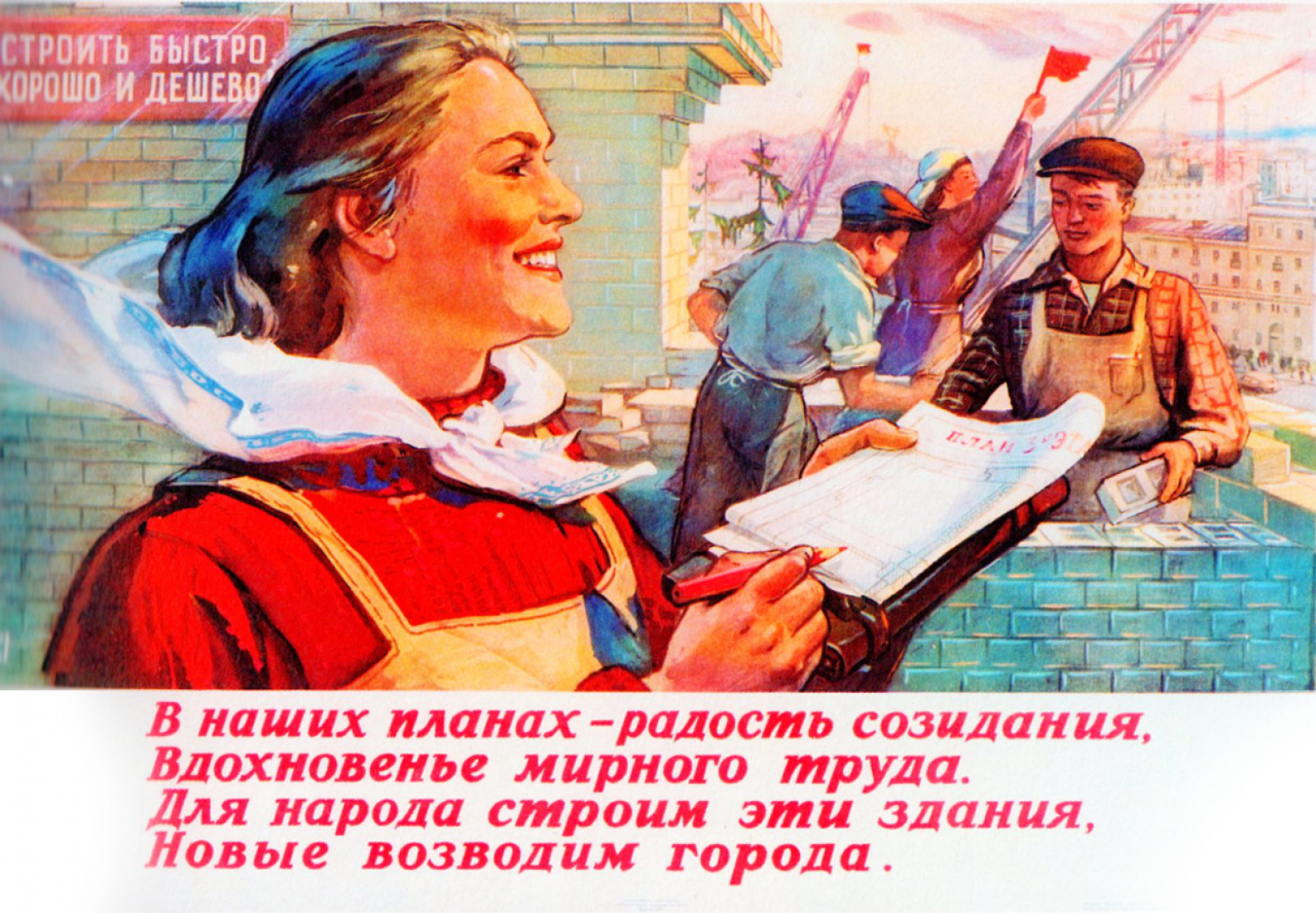 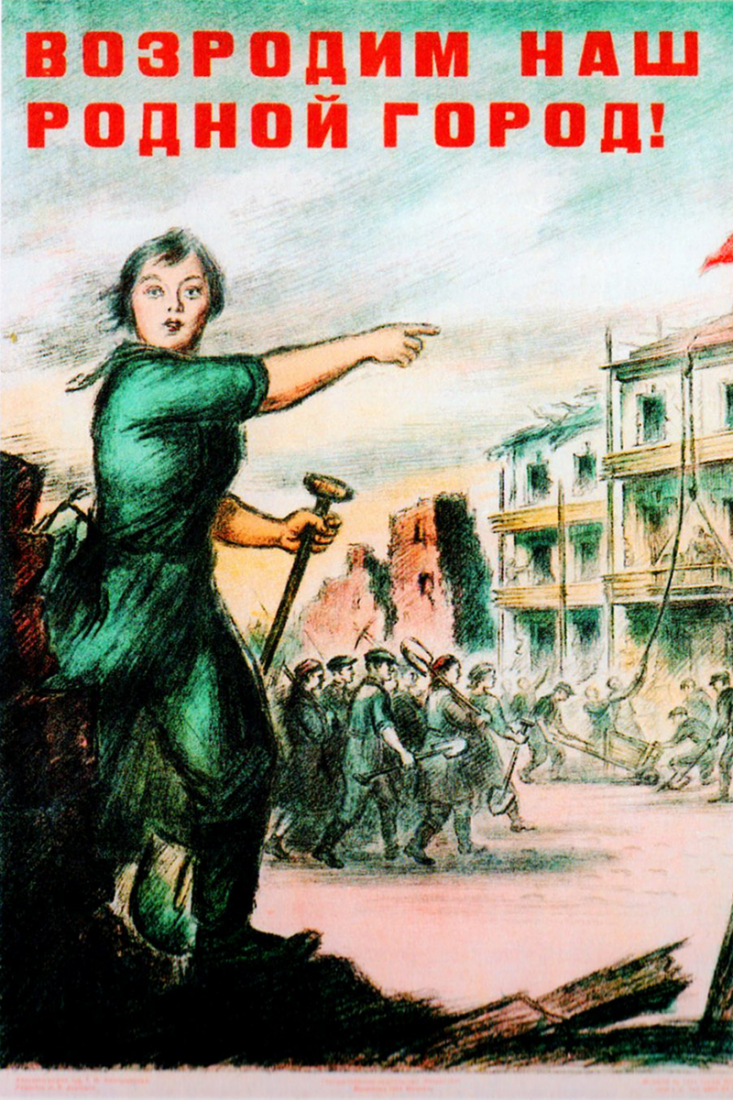 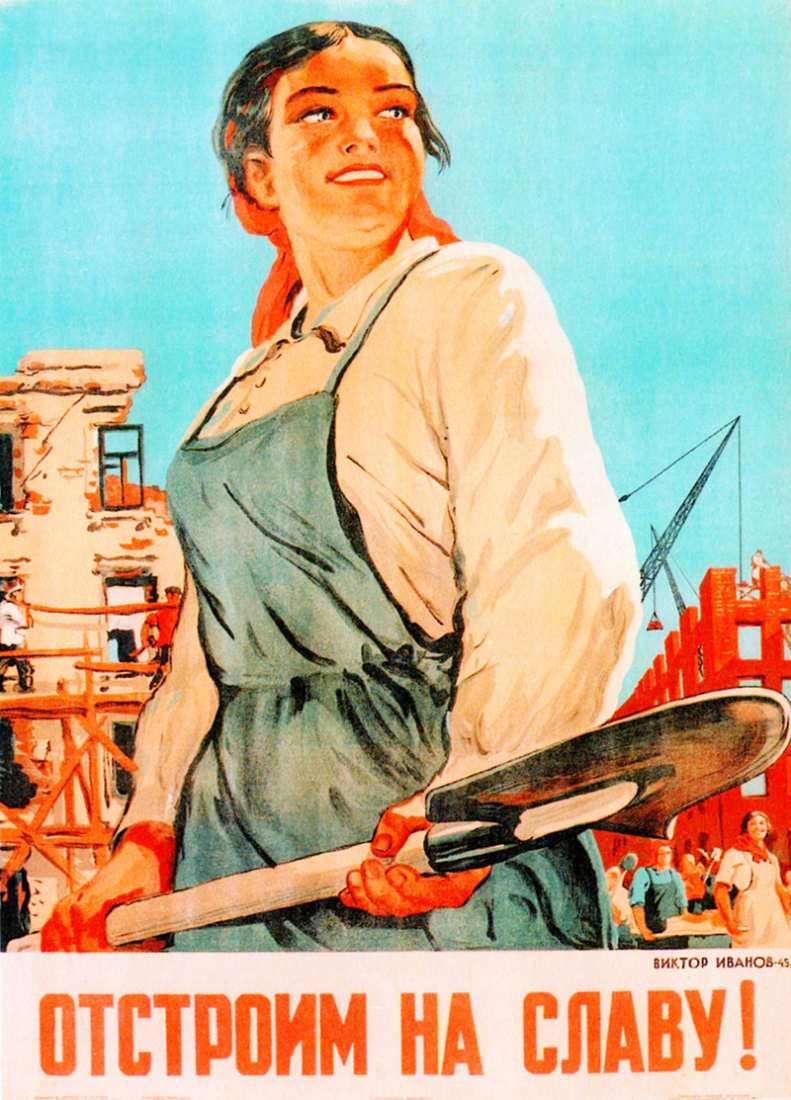 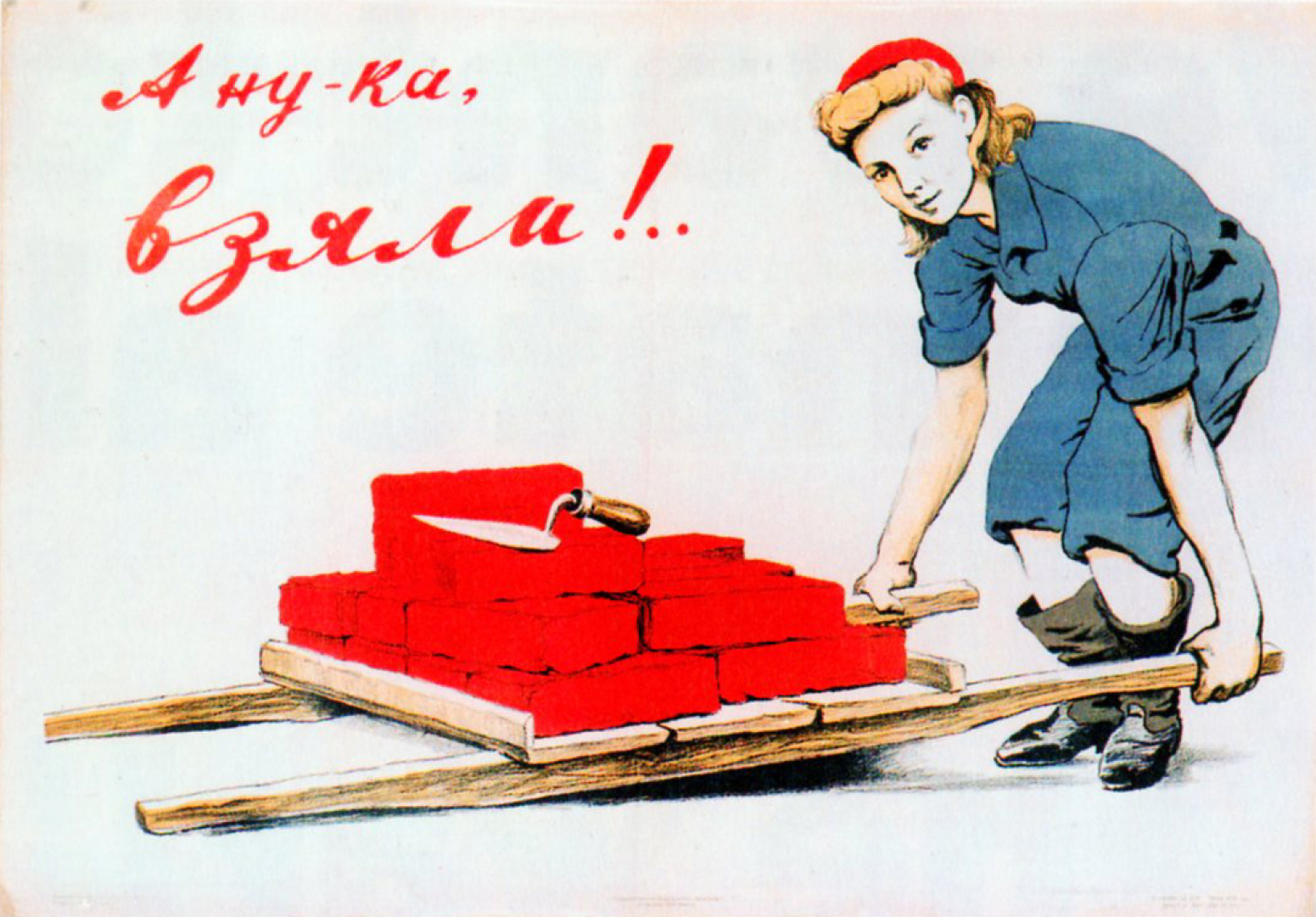 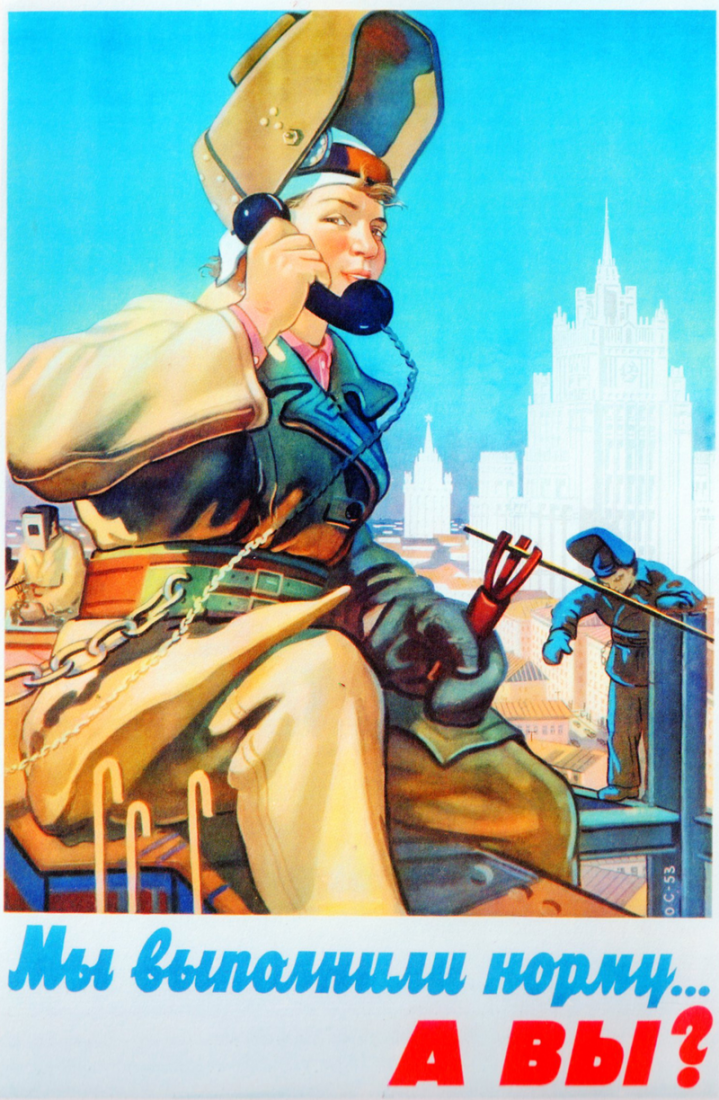 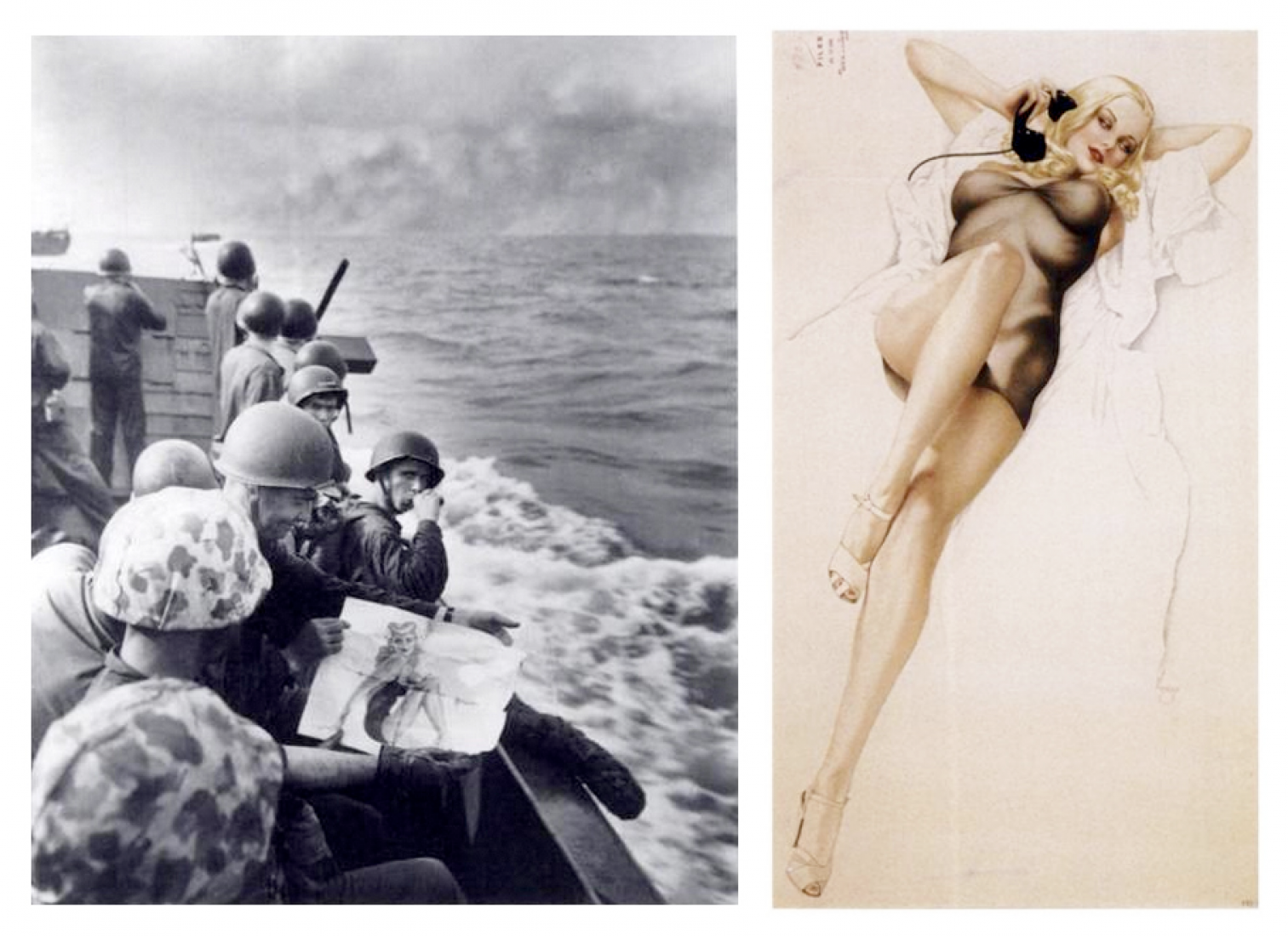 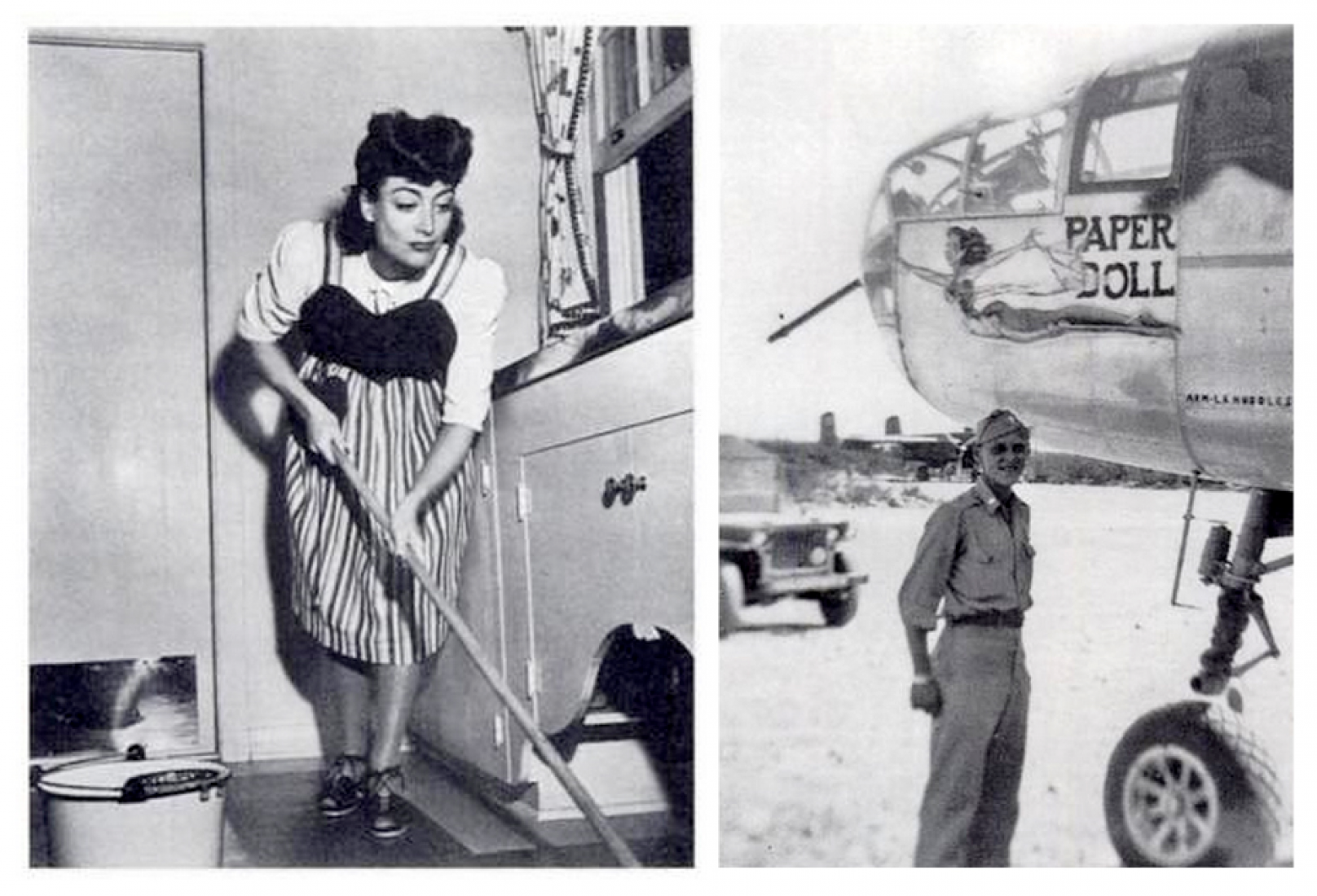 While in the west side of the Atlantic pin-up girls posters enjoyed a boom in the early 1940s, in the east side, a very different (and little-known) picture was being cooked: government posters for the reconstruction of the Soviet Union after World War II. Meanwhile the US also presented a campaign for the "reconstruction" but in a very different tone. Although both cases sought to create evocative images of the construction of a happy future for all, Soviet posters focused the accomplishment of this task in the female image. It was through the book edited by Cor Wagenaar, "Happy. Cities and Public Happiness in Post-War Europe" (*1), that I discovered this fantastic little known compendium of posters explained by Bogdan Tscherkes, a compendium that despite the complexity of the addressed historical moment, it emanates as the title says, happiness.

"We want to rebuild our home town" (2) was the text of a poster by T.F. Belozvetova printed in 1944 where a woman in a working suit is pointing with her right hand a ruined city. The World War II left disastrous material consequences and more than 30 million people died. The Soviet Union suffered the worst part: two thirds of this sum was made up by its citizens and 25 million people lost their homes. Rebuilding the cities was, therefore, an urgent task and a way to stimulate the construction was through propaganda. The posters were the tool that showed a more promising future and were a powerful instrument to relieve, somehow, the feelings of misery, despair and depression because of the ruins. 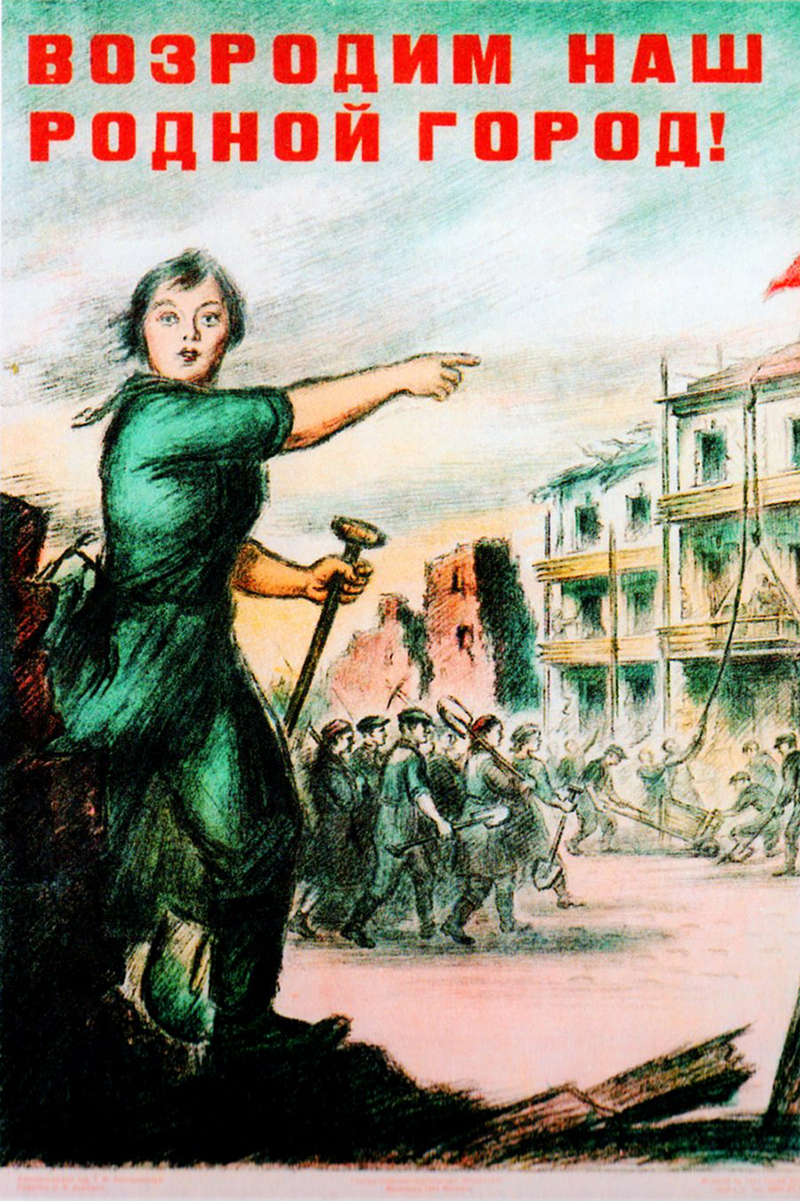 Meanwhile, in the United States the image of the ruin was very different: it evoked hope, it promised to provide better homes and sanitize the cities of the lack of basic services, overcrowding and insecurity. Through a plan of "slums clearance" demolitions were the daily bread in the US urban planning, evicting and relocating the lower class citizens in the new blocks of modernity. The architectural photography of a domestic happiness in the media shared space with posters that showed the ideal of the new urban plans, such as the posters by Lester Beall, a graphic designer that worked for the government (3). Also, the posters of pin-up girls, were still in vogue, because they were the symbol of victory; they had "inspired" to soldiers in the war, and they wanted to return home with them. This pin-up girl image persists due to its suggestive figure that highlighted and even exaggerated the female body proportions.

Regarding to the Soviet Union, its posters showed that women played a vital role in the reconstruction of Russian cities and towns in this period. Behind the image of this posters we can "read" a kind of heroine, who, after being left alone (because men were on the battlefield or had already died) calls her audience to work along with her,  in order to rebuild their cities, work that must began cleaning the rubble.

"Let us rebuild for our own glory" (4) is the motto that we can read in a poster of V. Ivanov dating from 1945. However, the image of the woman disappears during next ten years. The victory of the Soviet Union and the success of the reconstruction program between 1946 and 1950 was closely associated with Stalin, so the posters emphasized his personal cult replacing the women image for his. But with the death of Stalin in 1953, the Soviet Union entered a new phase with Nikita Khrushtchev. The posters reflected the political change and the woman reappears. "We live up to the norm - what about you?" (6) says a poster of 1954 by O. Savostjuk. "Build fast, well and inexpensively" (1) is the phrase of another poster by the same author, dating from 1955. "Our plans are inspired by the joy of creation / Our dedication to peaceful / For our people work built these houses / Y create new cities ". This text rejected the Stalinist rhetoric that Khrushtchev considered as a "sugar pie style" in architecture. 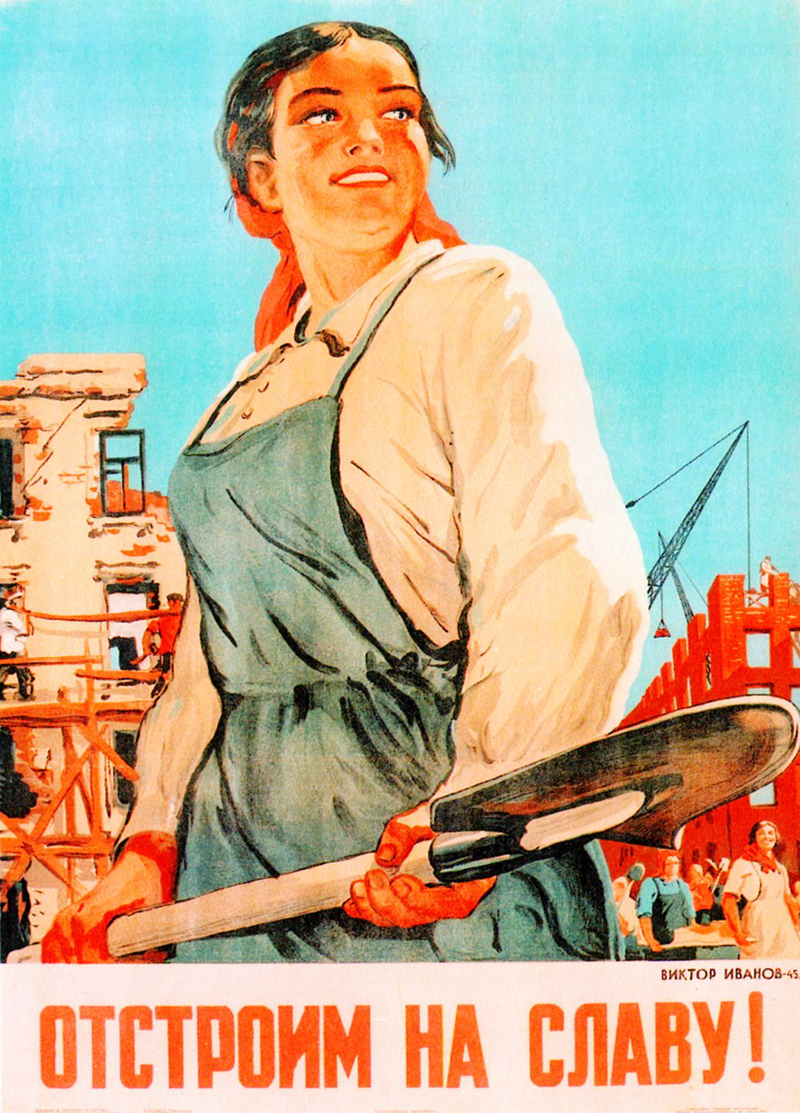 "Come on, let's do the job!" (5) was the motto that headed a 1944 poster by I.A. Serebrjanskij. A woman who exudes security and hope, look to her viewer into the eyes, like requesting for help to carry the blocks for reconstruction. The poster shows the faith in the perspective of rebuilding the cities while "the woman is depicted as an idealized figure, looking forward to the future peace, and, in spite of her work clothes, she looks like a pin-up girl" (*2) says the author of the article that collects the magnificent posters of the reconstruction of the Soviet Union. However, this comparison with pin-up girls is somehow dangerous, because of the nuances and meanings that may come to mind in relation to the pin-up (or cheesecake) girl, especially in terms of the sexual connotations and gender bias they represent. Nevertheless, I think the comparison pretends not to strip women of their feminine qualities, suggesting that these qualities are not an impediment, while reinforcing the transformative power of women and their power to make a call to rebuild their homes. 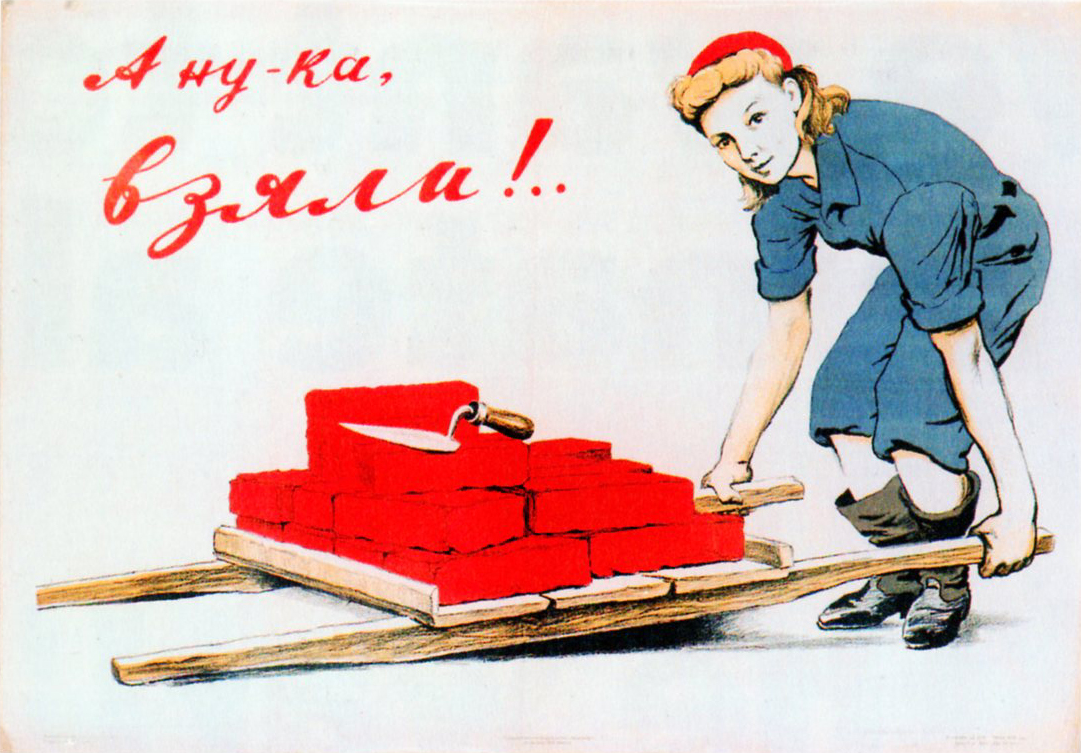 The soviet posters presented here, radiate humanity, optimism, and collaborative work, while defying stereotypes. That is the trend that I hope to convey with this article, as a tribute to the women that nowadays, through their speech and job, build friendly and happy cities. 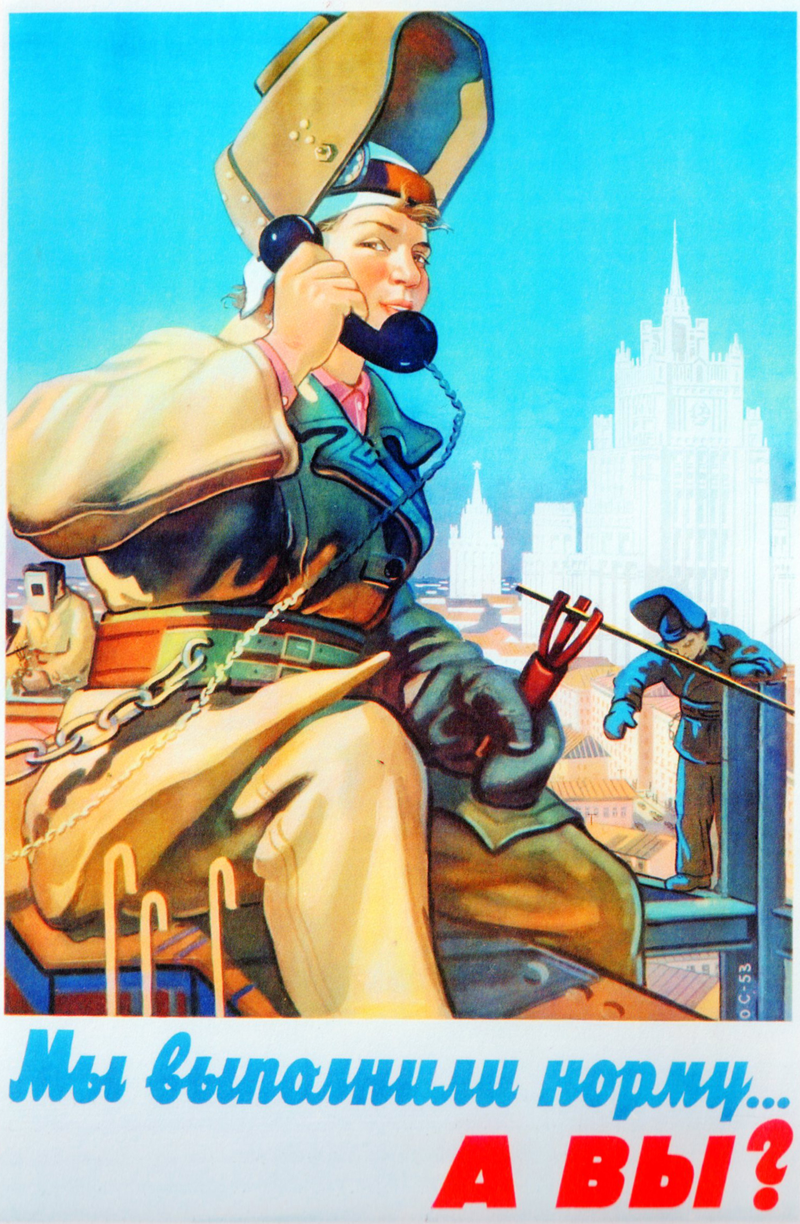 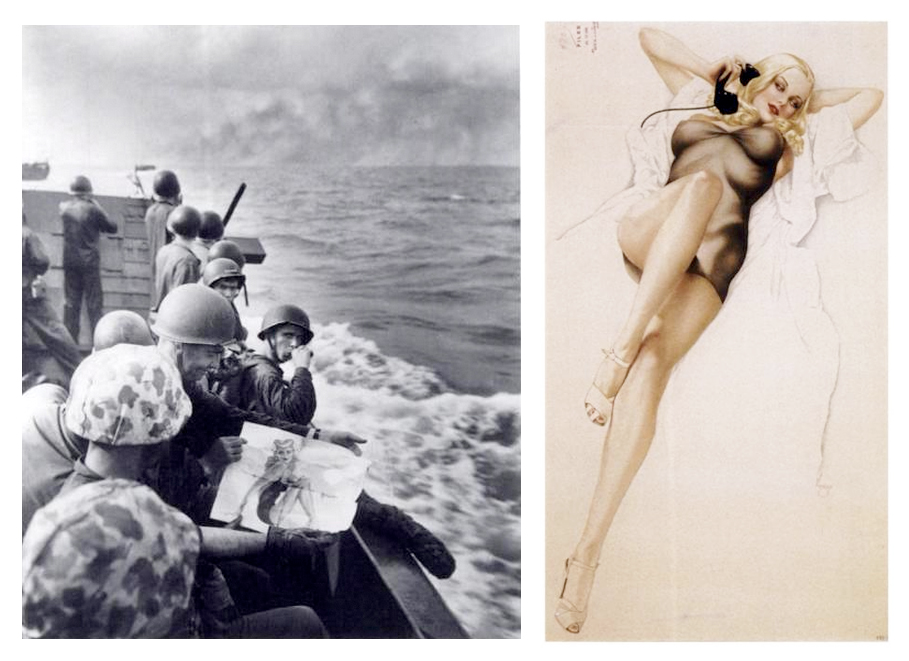 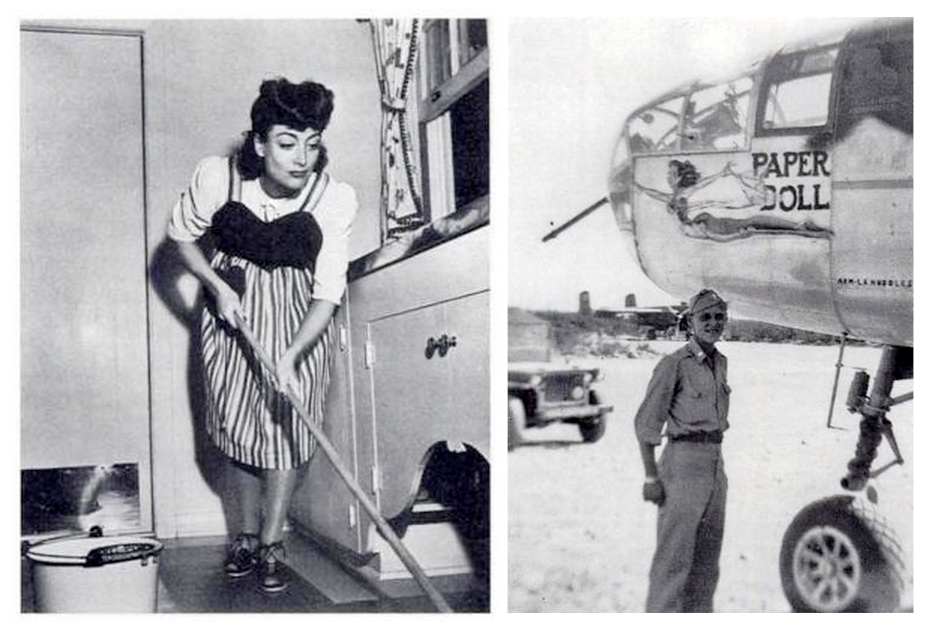 (*2) TSCHERKES, Bogdan. «We want to eliminate all traces of the war! Post-war reconstruction in soviet posters.» In WAGENAAR. Ibídem (1). P. 34. 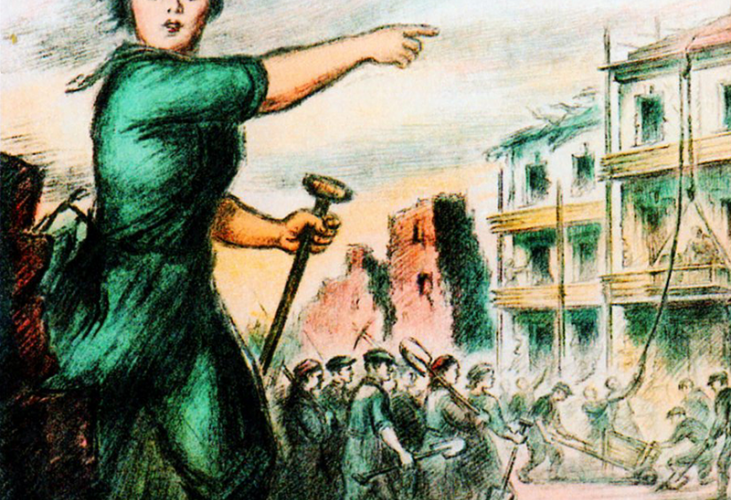 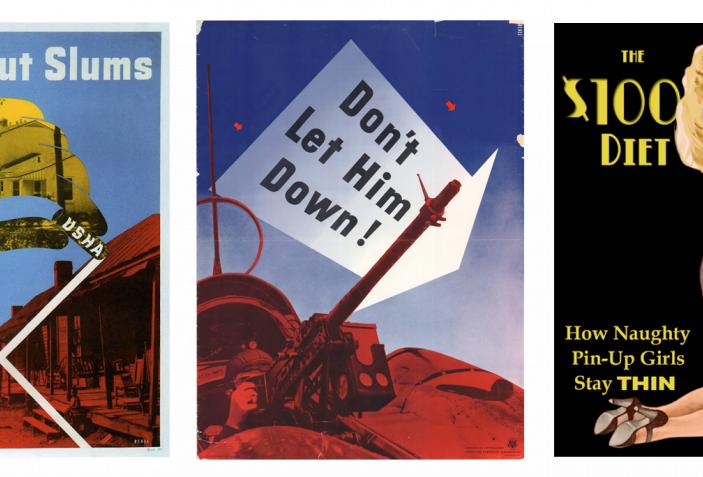 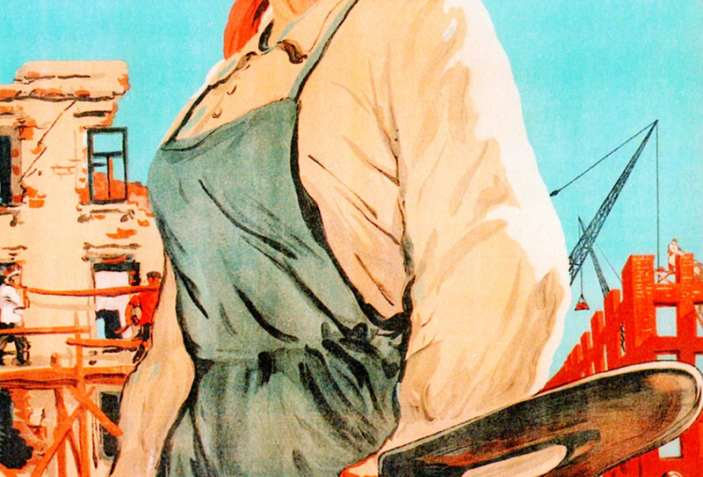 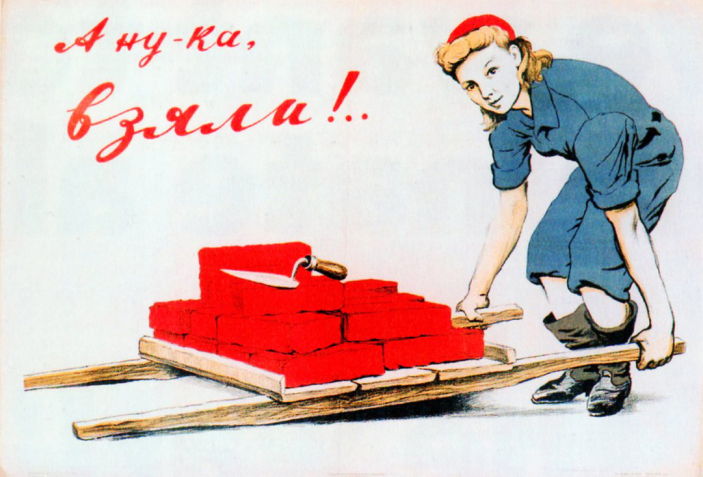 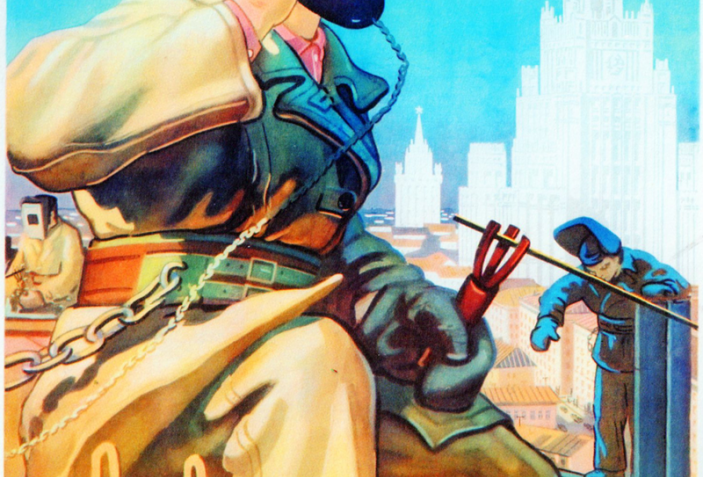 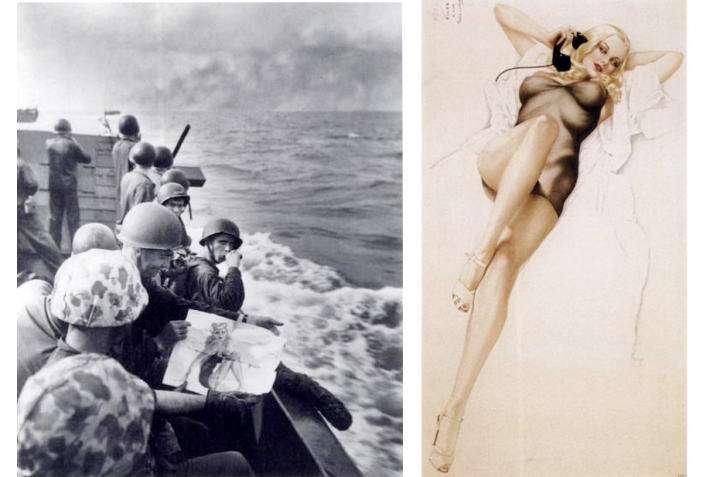 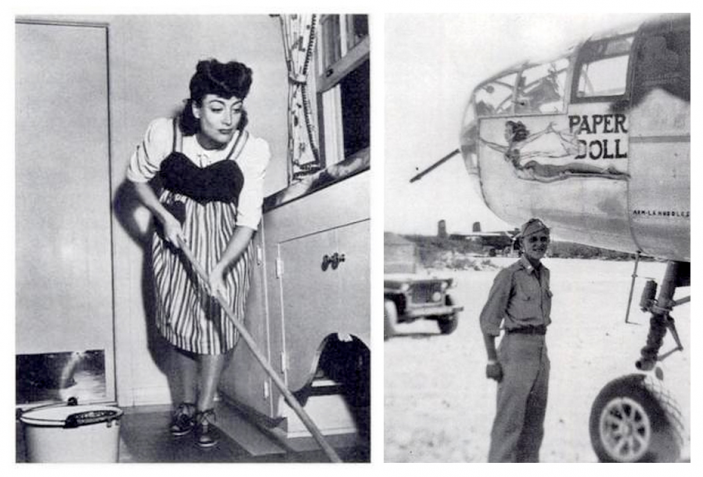 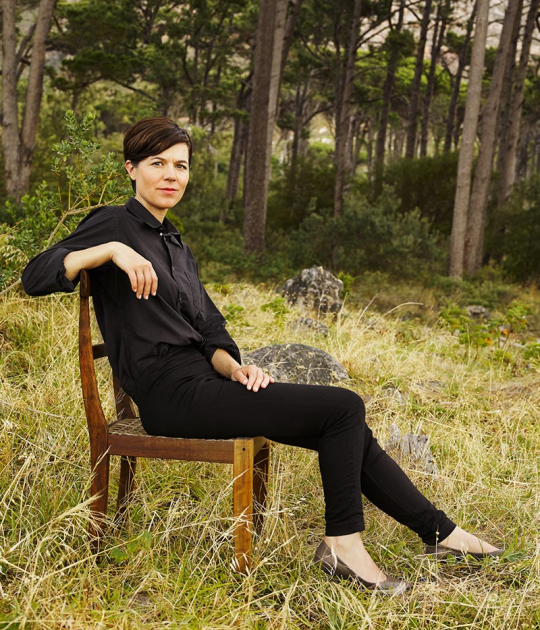 Angela Deuber is the winner of arcVision Prize 2015 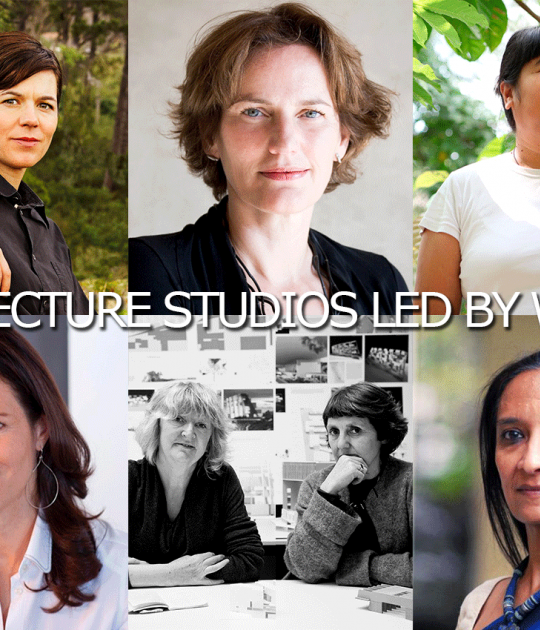 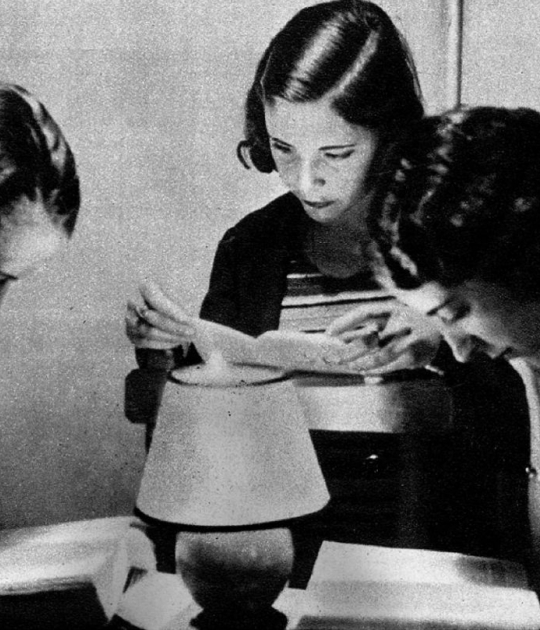