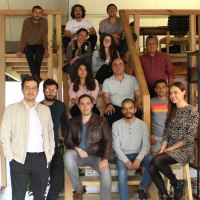 BAAQ’ dedicates its practice to the development of housing and architectural design where he has been recognized in various publications and awards such as the Honorable Mention at the 2012 Mexican Architecture Biennial and winner of the Public Award at the AZ 2019 Awards.

And other hand, he has developed housing projects intervening and recovering old buildings in Mexico City. Working under the premise of renovating, preserving and adapting to new uses, buildings that have been abandoned, rejoining the urban and social dynamics of their environment.