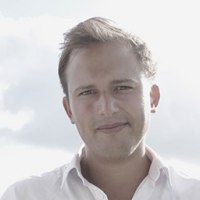 The synergy between theory and practice is the base of its methodological approach. The practice engages the consciousness of reality, of the real world, but also the analysis of phenomena – environmental, developmental, economic - that affect and feed architecture. This methodology not only deals with inventions but also with manipulations, making program legible, and ensuring resilience and durability over time. This structure operates at multiple scales; from designing interiors to public cultural facilities, while considering specific approaches in the areas of education, housing, infrastructure, landscape and urbanism. The firm has also developed tools for dialogue with different urban and project actors, aimed to place the user at the heart of the creative process.

In 2011, Clement Blanchet was appointed Director of OMA France, with whom cBA continues to collaborate with on ongoing projects led by Blanchet.

He graduated with high honours from the Architectural school of Versailles and has been an invited critic in France, England, Holland, Switzerland, Denmark & Sweden. He currently teaches at Paris Val de Seine Architectural School and ESA. Clément Blanchet divides his time between this firm in Paris and the United States where he also teaches at the University of Michigan and Rice University.