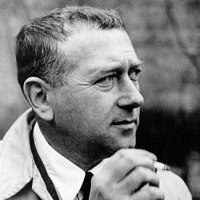 Marcel Breuer, born in Hungary in 1902, was educated under the Bauhaus manifesto of “total construction”; this is likely why Breuer is well known for both his furniture designs as well as his numerous works of architecture, which ranged from small residences to monumental architecture and governmental buildings. His career flourished during the Modernist period in conjunction with architects and designers such as founder of Bauhaus, Walter Gropius, Le Corbusier and Mies van der Rohe.

Breuer began his career as first a student, then a teacher at the Bauhaus, a position that he secured in 1925. Incidentally, it was also the year that Breuer earned recognition for his design of the “Wassily” chair, a tubular steel chair – sleek and functional – that represented the industrial aesthetic and formal simplicity of the Modernist period.

In 1937 he was invited by instructor and colleague Walter Gropius to become a faculty member at Harvard University in Cambridge, Massachusetts. There, he and Gropius worked together in a joint architectural firm. In 1941, Breuer split off from Gropius and opened his own practice. Much of Breuer’s early work was an exploration into post-war living. Projects like the “bi-nuclear house” were among many that were developed from this period by Breuer and his contemporaries. This was an era of the post-war boom, new materials and industries, prefabrication and the commodity of home ownership. By the 1950's, Breuer designed approximately sixty private residences.

Breuer’s career made a turning point when he was commissioned in 1953 to design the UNESCO (United Nations Educational, Scientific and Cultural Organization) Headquarters in Paris. This public and monumental building marked Breuer’s return to Europe and public projects. It was also around this time that Breuer established a satellite office in Paris to oversea other European commissions while still working on projects in the United States.

In 1963, Breuer began work on the Whitney Museum of Art in New Yor Ckity, probably one of his best-known public projects. The museum clearly speaks to Breuer’s Brutalist design tendencies – the primary use of concrete, the top-heavy form, and minimal glazing. Over the next few decades, Breuer designed housing projects, various buildings in universities and schools across the country, museums, research centers, the US Embassy in the Netherlands, and several buildings for the United States government in Washington. His design career was also filled with various iterations of the “Wassily” chair and other furnishings whose aesthetic still carries associations and influence today. 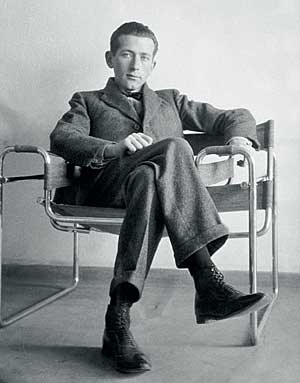