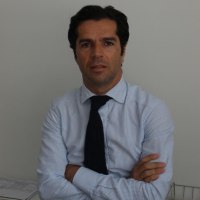 Iñaki Garai Zabala. An architectural graduate from the University of Navarra, Iñaki Garai Zabala joined IDOM in 1993 ((within his firm ACXT Architects until 2015, when it disappeared and the Architecture team would use the name IDOM), and became a partner of the firm in 2003. Now the Director of Architecture in Bilbao, he is responsible for the northern part of Spain, France, Colombia and Asia.

He has spoken extensively on the work of IDOM and other topics related to his professional experience in national and international arenas: Instituto Cervantes in London, Universities in Spain and Mexico, or the IASP Congress in Beijing.

He has received professional recognition through awards and invitations to participate in events and exhibitions such as; the Building Exhibition the Basque Country, Basque Government, 2018; Biennial Prize for Architecture of São Paulo IX, Brazil in 2011; Award in the 6th edition of the Architecture Awards of the Society of Architects of China in 2011; the City Prize, AVNAU Urbanism and Ecology in 2009; Selected for the Ministry of Housing Exhibition “Young Architects of Spain” in 2008; Finalist in the COAVN Awards in 2001 and 2007; or selected for the FAD awards in 2001.

His most outstanding and award-winning works include the General Services Building in Erandio, the Bakio Sports Center, various social housing developments and the CEIBS Business School in Beijing, China. He is currently developing several projects in France that have been awarded through public competitions.