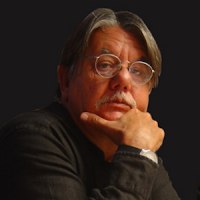 Jerónimo Junquera graduated in Technical University of Madrid in 1969 and has developed his professional activity in different fields of architecture and urban design. He founded the studio JUNQUERA architects in 1973 and has been associated with Estanislao Pérez Pita from 1973 to 1998 and Liliana Obal from 2002 to 2006. The JUNQUERA Arquitectos practice has developed,  over more than 30 years since its founding in 1973, projects in different fields of architecture.

In teaching, he has been Professor of Studio class at Technical University of Madrid and other centers as guest lecturer: UIMP, Camuñas Foundation and CEES, besides numerous conferences and seminars. He has been Director of the magazine BODEN between 1974-1976, Director of Architecture Magazine COAM between the years 1977-1980, Founder and Director of the AXA Gallery in the years 1980-1981 and has written numerous articles in journals and newspapers, complementing his work. He is Chairman of the Board of the "Foundation Study" and Chairman of the Board of Directors of the College Study.