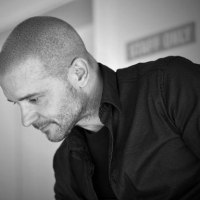 Robert Konieczny. An architect, graduate of Architecture at Silesian University of Technology in Gliwice. In 1996 he received the certificate of New Jersey Institute of Technology. A leader and a founder of KWK Promes architecture studio established in 1999. In 2012 he became an independent expert for the Mies van der Rohe Foundation. Konieczny was a nominate of the European Award of Mies van der Rohe Foundation eight times. Moreover he is a holder of the prestigious award for the House of the Year 2006, winning with the Aatrial House as the best housing project in a competition organized by World Architecture News.

In 2007 the KWK Promes office was listed among 44 best young architects of the world published by 'Scalae'. Same year the 'Wallpaper' magazine issued Konieczny's practice as one of the 101 most exciting architecture studios in the world. Year 2008 brought him another prize of The European Center for Architecture Art Design and Urban Studies and The Chicago Athenaeum 'European 40 under 40'.