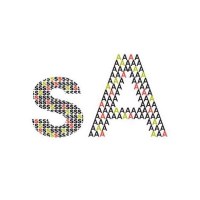 Scalar Architecture is an award-winning international design firm based in New York City. As the term indicates, scalar Architecture operates at a variety of scales collaborating with allied key experts. The fruits of these collaborations are all embracing projects that garner accolades for their transformative solutions, such as the International First Prize for the development of Hamar, Norway, and the Lasso House, which won the Architectural League Young Architect’s Award. In all its ventures, scalar Architecture provides an expansive deployment of architecture and its registers of program, geometry, context, aesthetics, and form.

scalar’s residential experience includes dwellings and housing in Spain, Maine, and New York as well as large-scale sustainable developments in Guatemala and Costa Rica.  With expertise in hospitality and commercial projects, scalar’s work also includes hotels in Nicaragua and Honduras, and US restaurants Recess and Flurt.  Institutional projects include commissioned designs for the Woodstock Association Museum, the offices of the Dean at Cornell School of Architecture, and an ongoing 100,000 sqf medical building in New York.

scalar Architecture collaborates with multiple international partners, including Regional, a joint venture developing hotels in Central America.  Urban and landscape collaborations include the re-development of Hamar, and chosen entries for Build a Better Burb and Elemental Chile, as well as a large cross-programmed sustainable park in Madrid, Spain.

Prior to launching his own office, Julio Salcedo worked for Pritzker prize winner Rafael Moneo. He also worked at SOM in New York as Senior Designer for the Time Warner Center at Columbus Circle, and for Rick Cook of COOKFOX.  He has been a juror for international and national competitions, including AIA awards and the Kay e Sante nan Ayiti Housing Competition in Haiti.

The work of scalar Architecture has been exhibited at the Farnsworth Museum and has been widely published in both the US (Architectural Record, The Architect’s Newspaper, Interior Design, Princeton Architectural Press, Breath, House Beautiful) and abroad in Canada, Germany, Norway, Belgium, Holland, Spain, Thailand, Japan, and China.