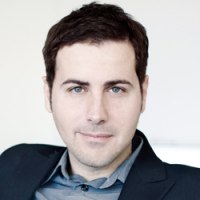 Fran Silvestre Arquitectos is a studio based in Valencia made up a multidisciplinary group of architects founded in 2005 by architect Fran Silvestre. Fran Silvestre (born 5 July 1976) is a Spanish architect. After having graduated in Architecture at the Escuela Técnica Superior de Arquitectura de Valencia in 2001, he specialized in urban planning at the Technische Universiteit Eindhoven a year later. Then, he won a scholarship to work at the studio of the Pritzker Prize architect from Portugal, Alvaro Siza, which is located in Oporto, and have ever since undertaken projects in cooperation with him. He is also dedicated to teach as professor at the Universidad Politecnica de Valencia since 2006, and the Universidad Europea since 2009.

Influenced by the above mentioned architect, Alvaro Siza, or the sculptor Andreu Alfaro, among others, the studio realizes series of projects that take into account factors such as, modulation, serialization or light. Thus, giving rise to buildings of high purity, using constant innovative materials and technologies. Since its foundation, it has focused on the developement and implementation of small-scale projects, for instance, The Atrium House (2009) or the House at the mountainside of a Castle (2010). It also carries out multidisciplinary work while designing objects like the Alis chair, collaborating with other studios such as Alfaro Hofmann, which is dedicated to interior design.