Wednesday, March 2, the "Preservation Chicago" unveiled the "Chicago Seven," its list of Chicago's seven most threatened buildings and historic places of 2011. It is a little far but if you click on their website you can see the complete list of buildings that have been selected over the past years. 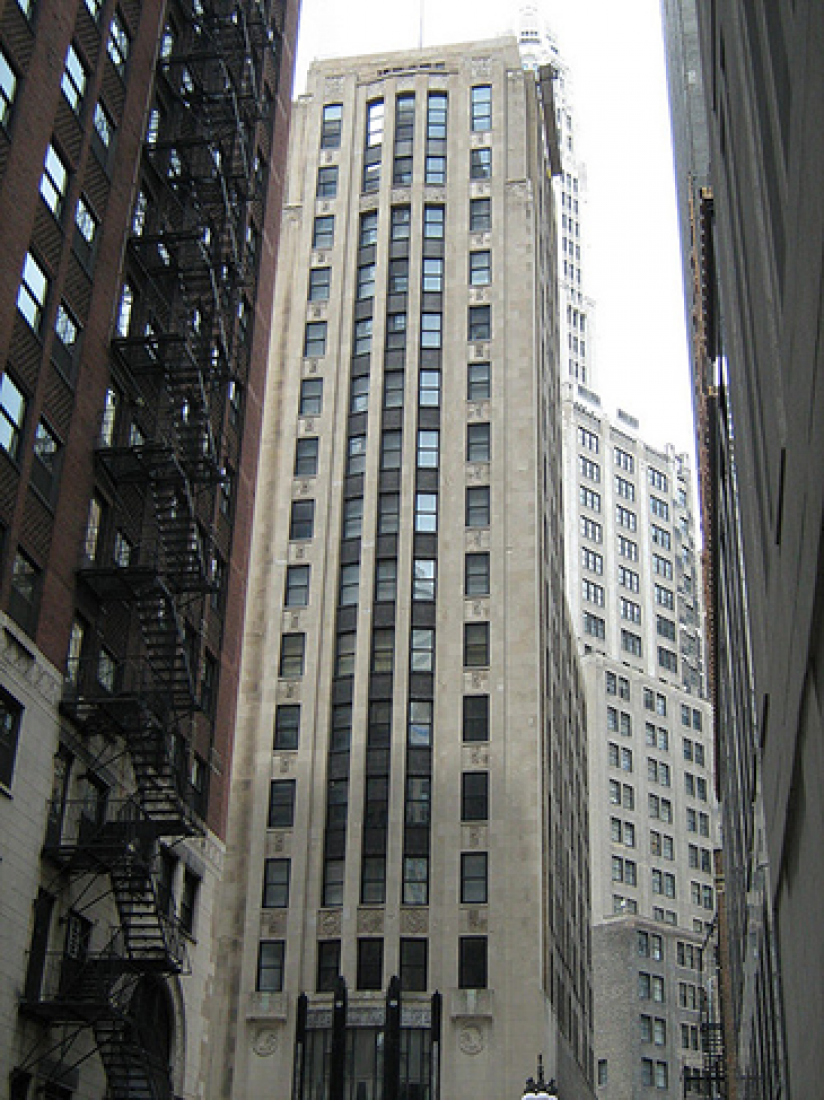 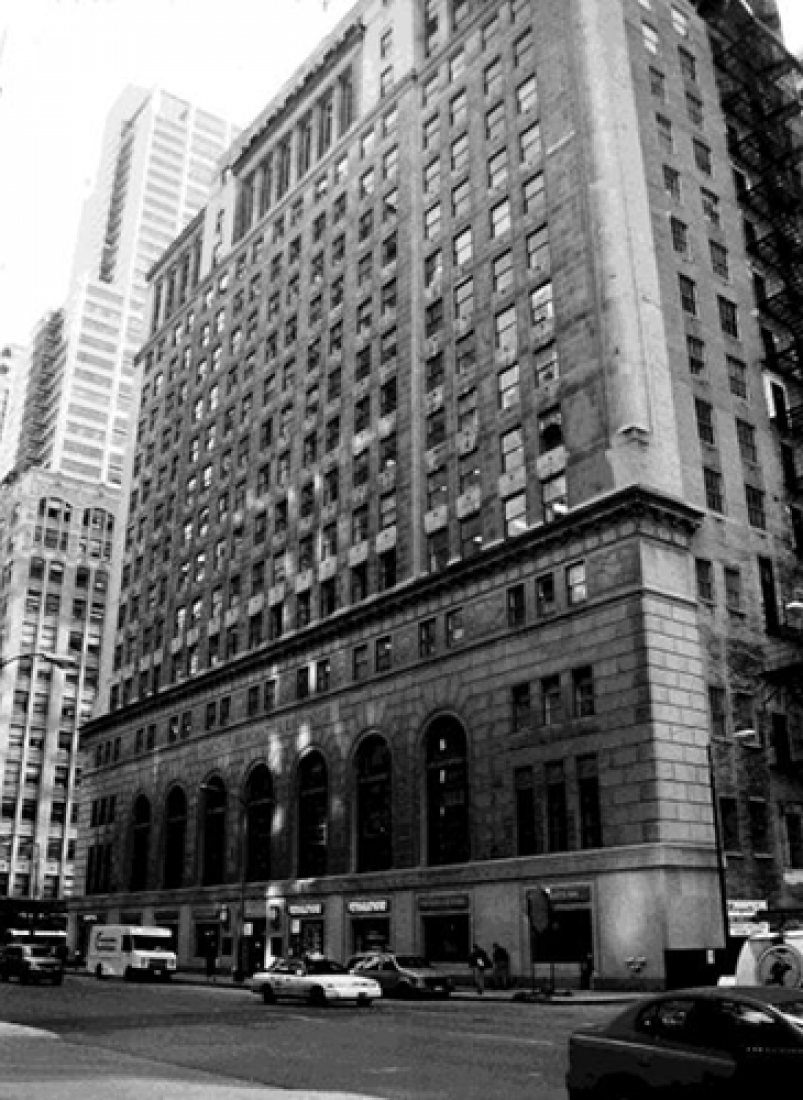 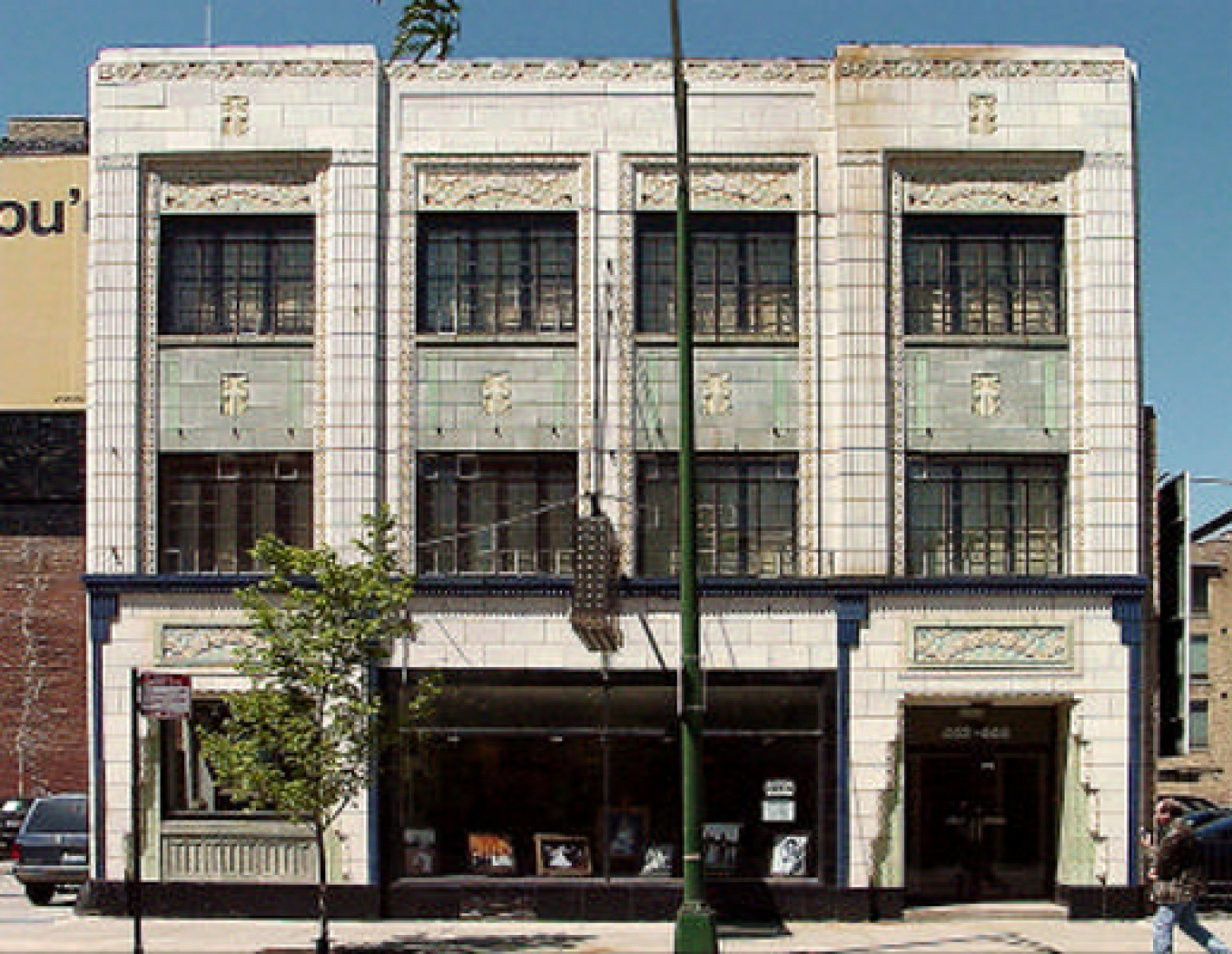 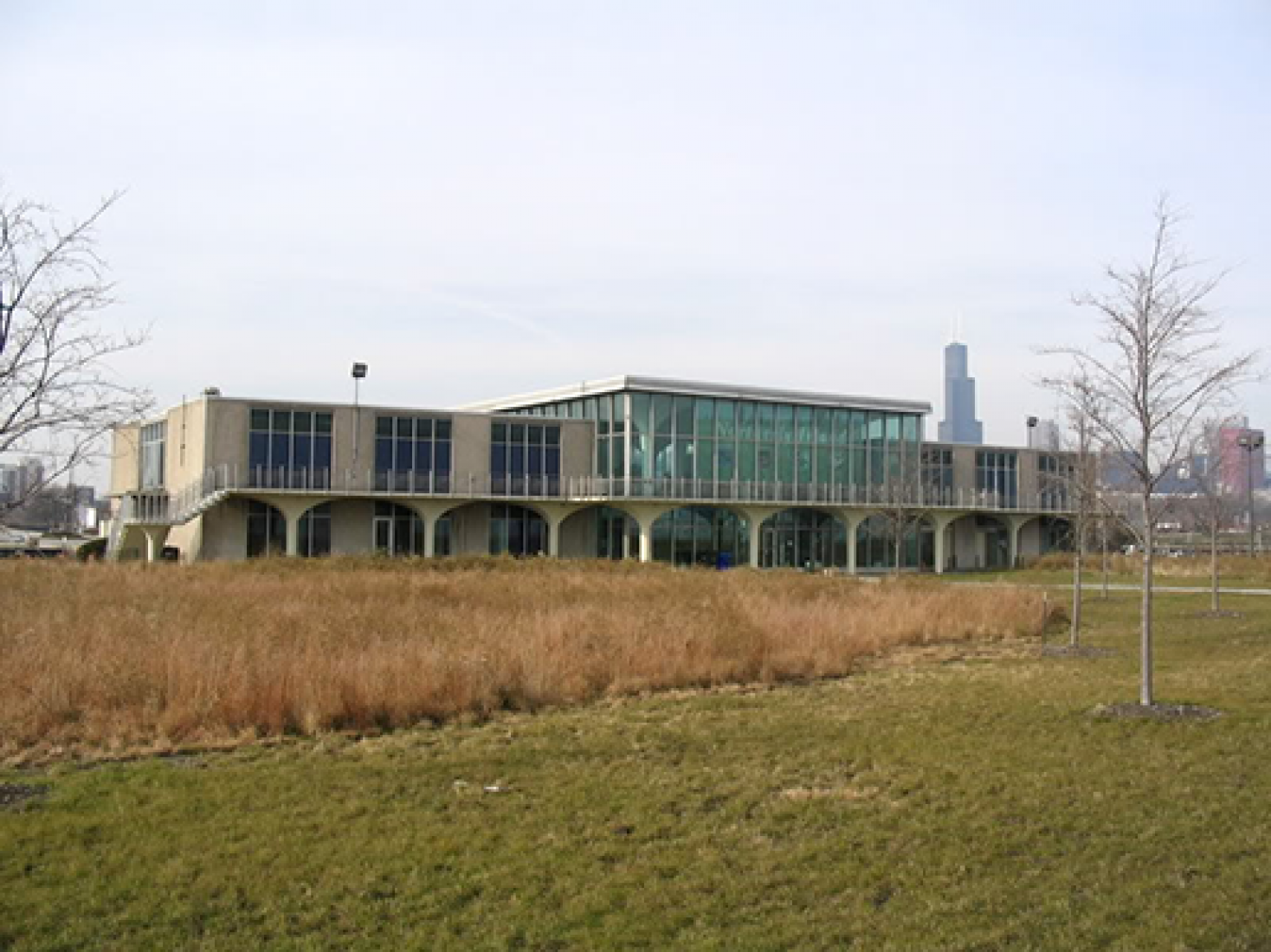 In Spain I do not remember any private institution perform a similar action, is always the public administration. One has the feeling of being an imposition from other, that a real action by citizens. Why not recover some lost credit and act each year the diferents Spanish Association of Architects and the High Council of Architects of Spain?

for us most important buildings are below. The short version is as follows (some have already been demolished):

1. Prentice Hospital, 333 E. Superior St.2011 Chicago 7
Threat: "While the primary threat is the desire of the owner to demolish Prentice, there is also a lack of recognition of Prentice as a great work of architecture. At just 35 years old, Prentice has yet to be properly evaluated within Chicago's larger historical and architectural context."

2. Shepherd's Temple, 3411 W. Douglas Blvd.2011 Chicago 7
Threat: "Sadly, this magnificent edifice stands vacant, deteriorating and without adequate funds for the long-desired dream of its owner to restore it to an active house of Christian worship. Once one of North Lawndale's grandest temples, unless its current pastor can raise the desperately needed funds to complete his vision, it may soon have a date with the wrecker's ball."

3. Chicago Mercantile Exchange.2003 Chicago 7
When a demolition permit was issued for the Mercantile Exchange Building, formerly located at the corner of Franklin and Washington in the Loop, in February of 2002, Preservation Chicago went into action. Although the building was demolished the following year, the effort to save it was not in vain because out of that battle came the Demolition Delay Ordinance.

4. 444 North LaSalle Building - 2005 Chicago 7
One of the most exuberant and well-crafted Art Deco buildings in the central city, 444 N. LaSalle sat directly in the line of fire of Chicago's ever-expanding high-rise development. A new 45-story apartment building arose one block to the south one year earlier when 444 N. LaSalle was listed as endangered.

5. Meigs Field Terminal - 2009 Chicago 7
The 1961 Terminal on Northerly Island is one of two reminders of the Merrill C. Meigs Field Airport that was abruptly closed in 2003. The delightfully modern airport terminal was completed in 1961 by Consoer & Morgan. The two-story glass, steel and precast masonry building featured a taller three-story central structure with an atrium that offered spectacular lake vistas for waiting passengers. In 2008, with the frenzy surrounding the efforts to win the 2016 Olympics, it looked as though the terminal's days were numbered.

Update:  Although the city lost the bid to host the 2016 Olympics in  October of 2009, the threat to the future of the Meigs Field terminal building is very much alive.  At a November 2, 2010 public presentation, the Park District displayed concepts for a Northerly Island park that called for the terminal to be stripped of all of its exterior walls and turned into an open air pavilion.  This would not only destroy any connection that the park once had to its early origins as an airport, but would also remove a perfectly adaptable interior space that could be used for future park functions.

6. Chicago Motor Club - 2009 Chicago 7
The Chicago Motor Club is an elegant example of Holabird and Roche's Art Deco skyscraper artistry, although it rises only 16 stories. Located at 68 E. Wacker Dr., it boasts a streamlined façade with decorative metal spandrels and medallions evocative of the period. Equally important, this gem from 1928 includes an intact two-story lobby that celebrates the early days of the country's burgeoning automobile culture. Built as the new headquarters for the Chicago Motor Club, its lobby includes a mural by noted Chicago artist John W. Norton that maps out 19 major auto routes across the country.

In the fall of 2010, it was announced that the building was in foreclosure and that the owner had declared bankrupcy.  Discussions to landmark the building continue. 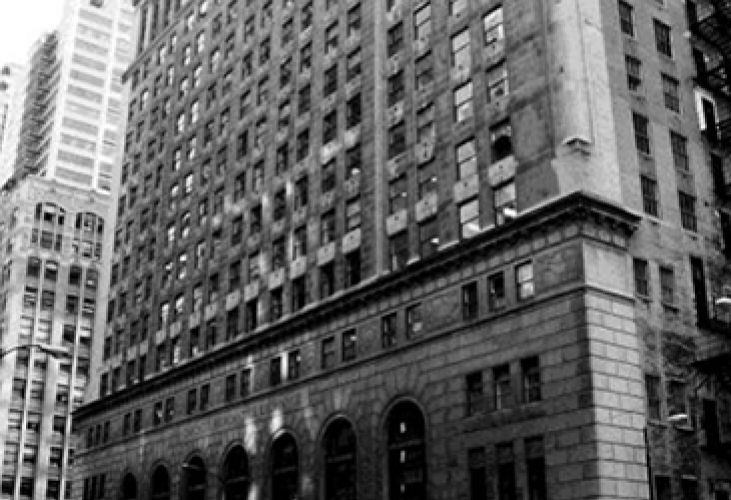 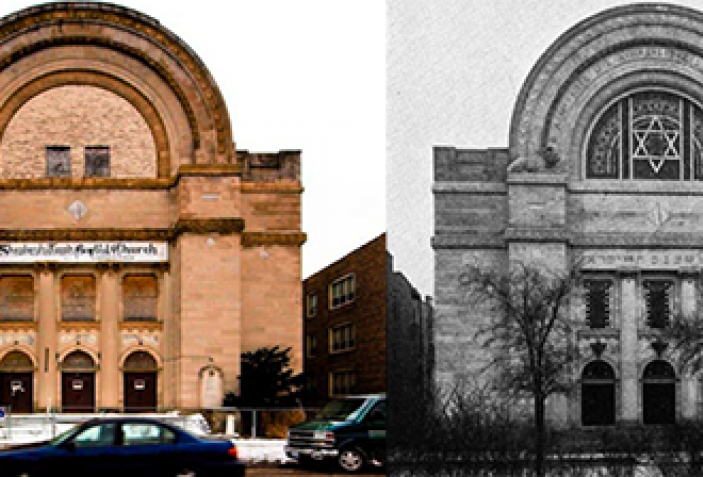 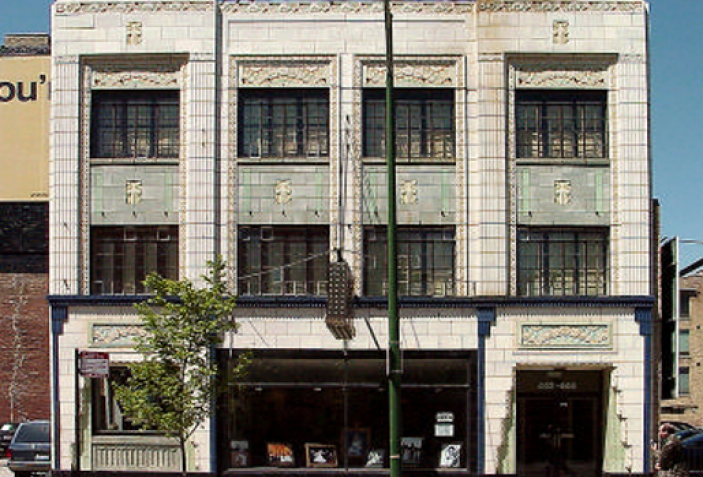 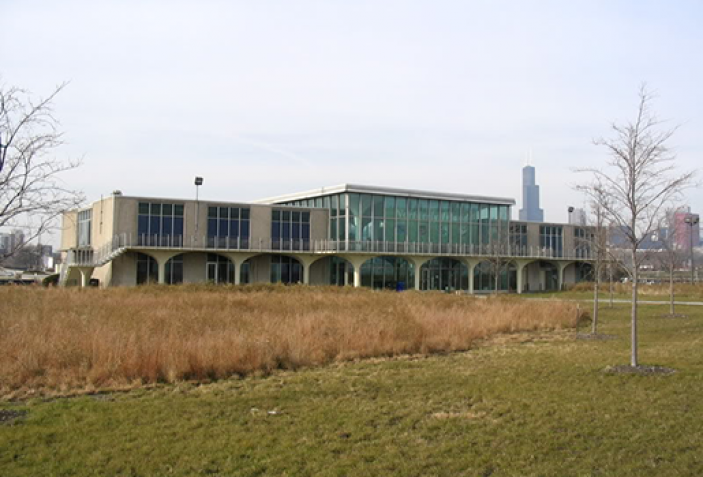