A collaboration titled Turning the Pages 2.0, between the British Library and Microsoft, releases 570 Pages of Leonardo da Vinci's Codex Arundel available for free online. Now anyone can navigate the writings of one of the most inventive minds of the Renaissance. 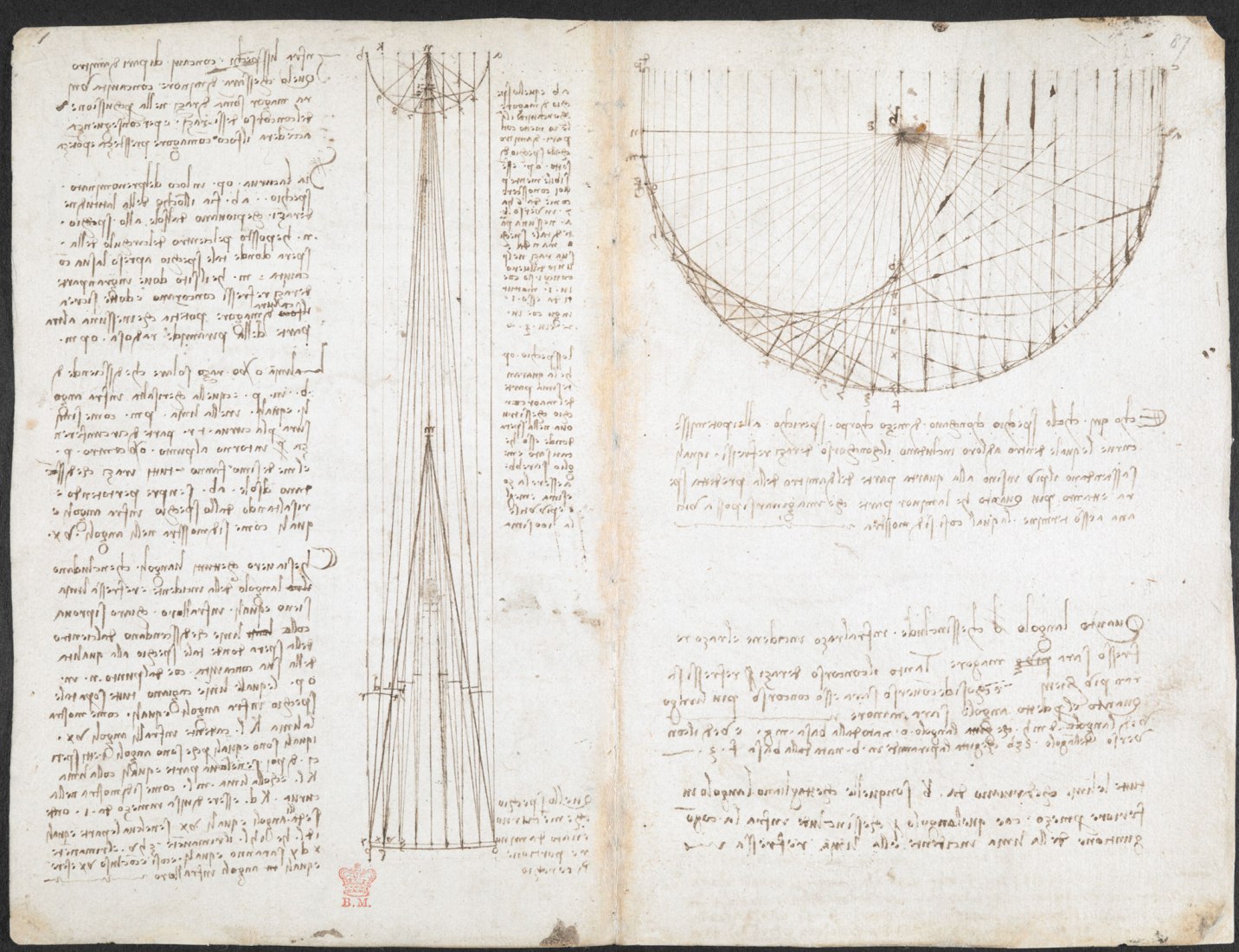 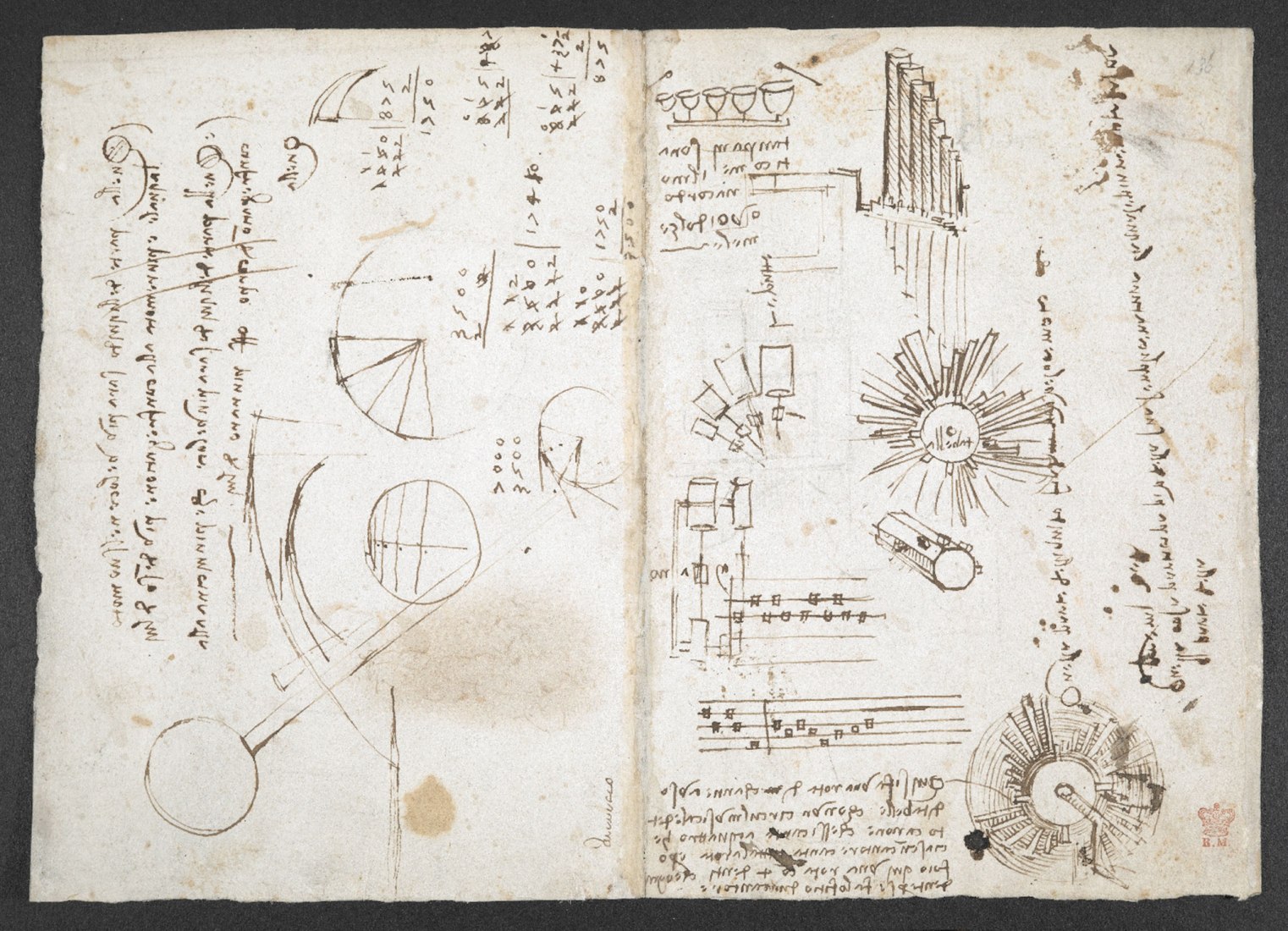 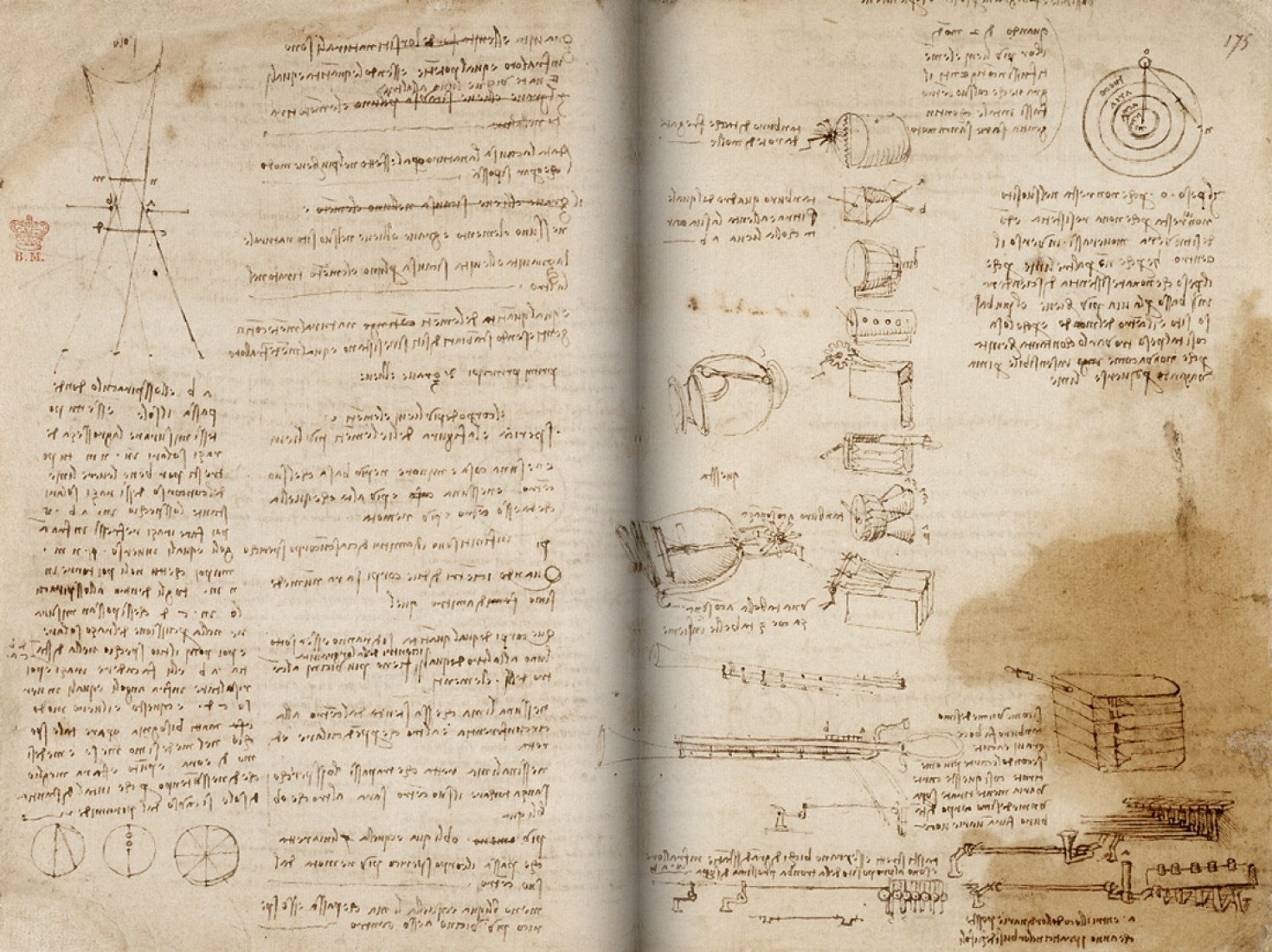 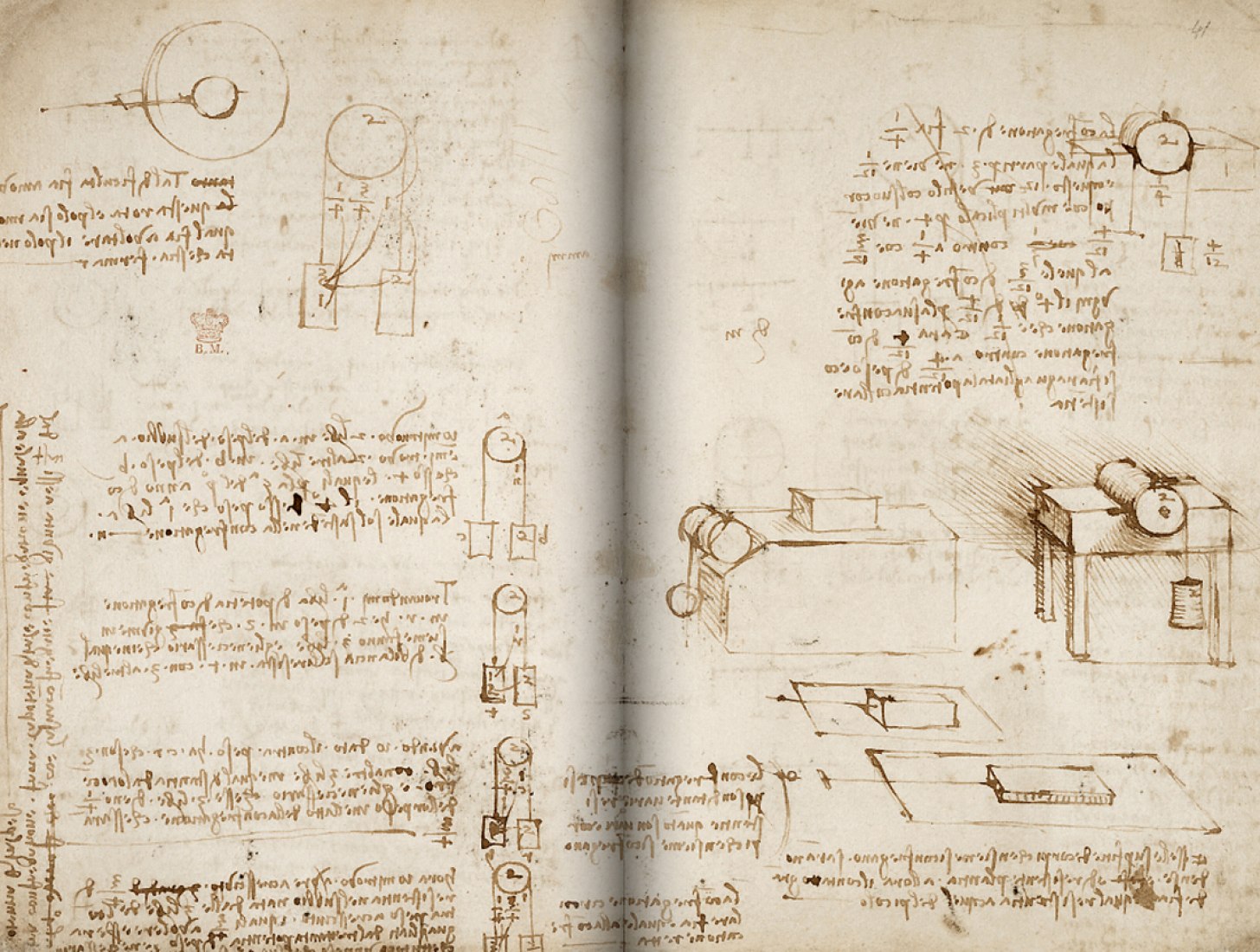 We are sure that you know that he painted the Mona Lisa, designed great bridges and flying machines,... painter, sculptor, architect, mathematician, engineer, botanist, historian, musician... however, there was much more. In the hundreds of digitized pages are ideas for airplanes, helicopters, parachutes, submarines and automobiles, centuries before they were developed and brought to the world.

Even if you’re a Renaissance scholar, you will surprise at how much you didn’t know about the quintessential Renaissance man when you encounter a compilation of his notebooks—Codex Arundel—which has been digitized by the British Library and made available to the public.

During all his lifetime, part of his ideas and reflections were recorded in his notebooks. Some of these manuscripts have been lost over the centuries, and those that remain have become rare objects accessed only by a select group of collectors and historians, until now.

The process of digitization notebooks debuted in 2007 as a joint project of the British Library and Microsoft called “Turning the Pages 2.0,” today it is possible to "turn" the pages of the da Vinci's manuscript as if it were a real book, including notes from the British Library.

For hundreds of years, the huge, secretive collection of manuscripts remained mostly unseen by all but the most rarified of collectors. After Leonardo's death in France, writes the British Library, his student Francesco Melzi “brought many of his manuscripts and drawings back to Italy. Melzi’s heirs, who had no idea of the importance of the manuscripts, gradually disposed of them.” Nonetheless, over 5,000 pages of notes “still exist in Leonardo’s ‘mirror writing’, from right to left.” In the notebooks, da Vinci drew “visions of the aeroplane, the helicopter, the parachute, the submarine and the car. It was more than 300 years before many of his ideas were improved upon.”

Onscreen glosses explain the content of the cryptic notes surrounding the many technical drawings, diagrams, and schematics (see a selection of the notebooks in this animated format here). For an overwhelming amount of Leonardo, you can look through 570 digitized pages of Codex Arundel here. For a slightly more digestible, and readable, amount of Leonardo, see the British Library’s brief series on his life and work, including explanations of his diving apparatus, parachute, and glider. 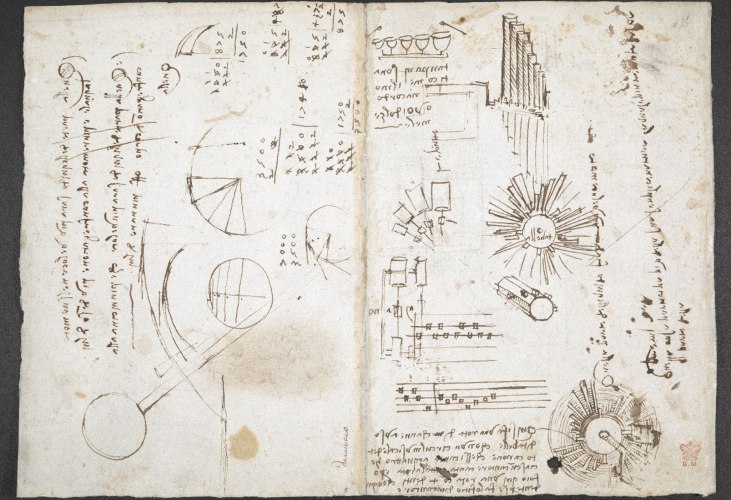 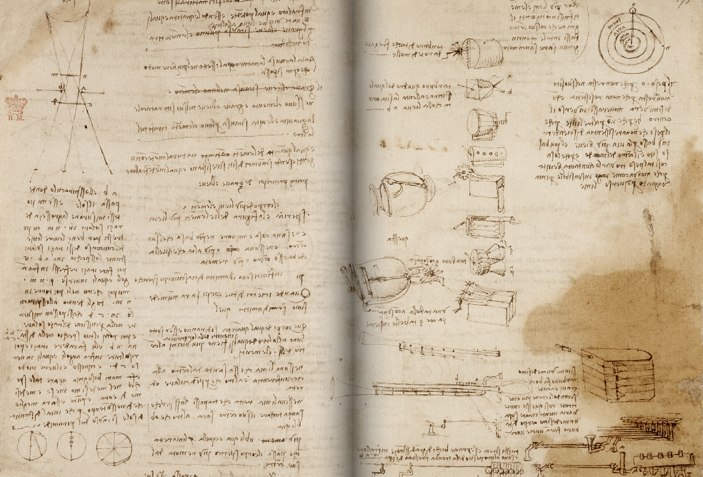 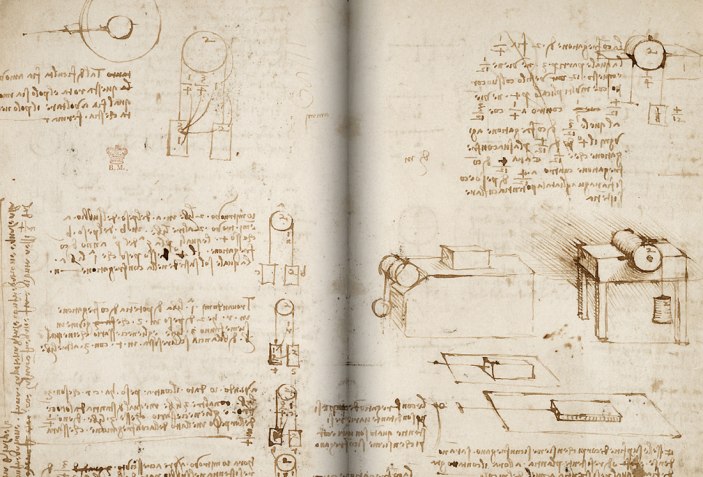 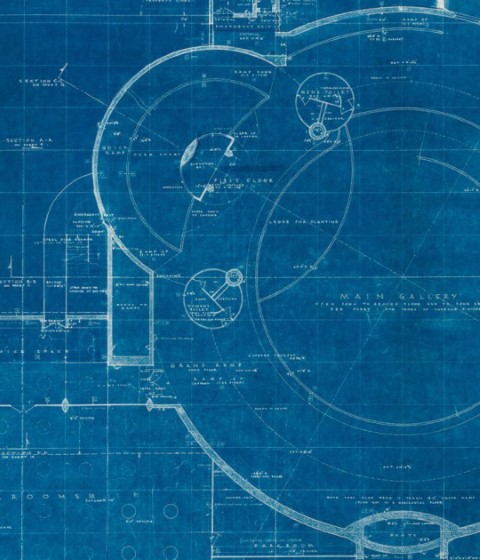 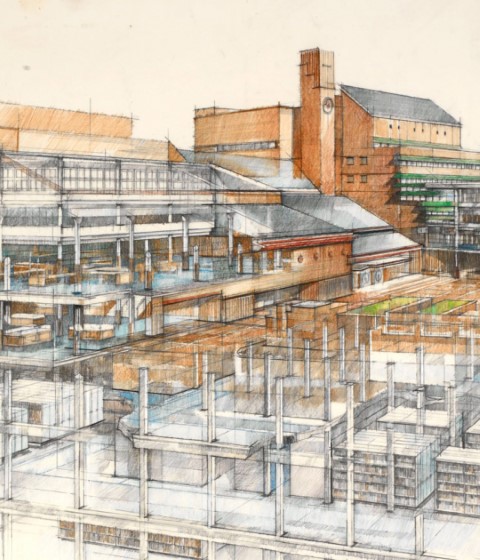 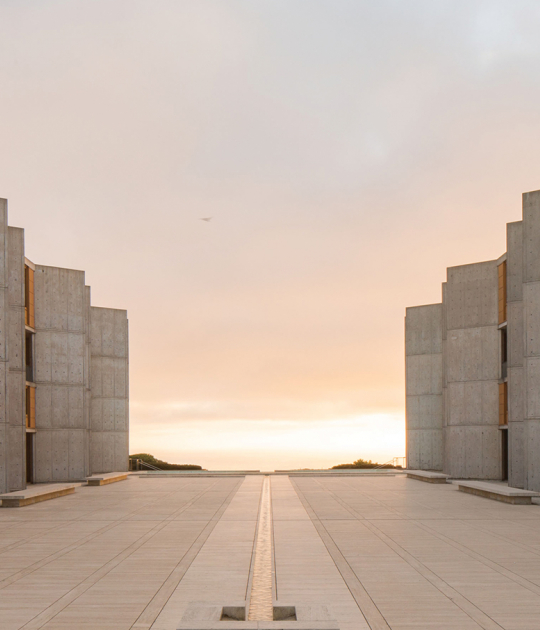 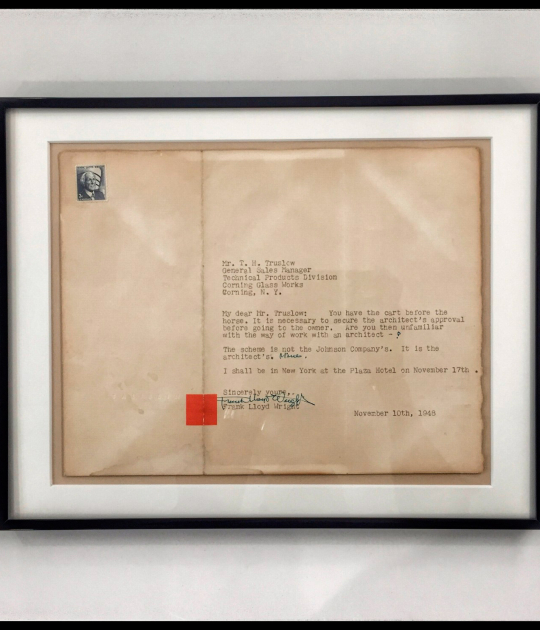 Was as angry the Frank Lloyd Wright's letter to Thomas H. Truslow Jr.? 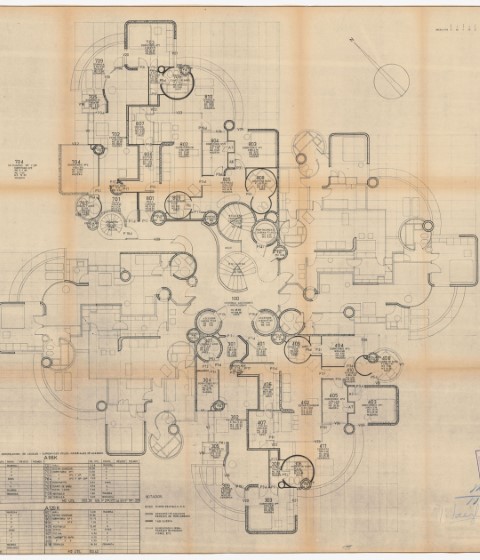