Architectural renderings that don’t look like videogames. In fact this is an interesting question. You have probably used or seen architectural renderings at some point. Now, the coolest, are those photorealistic composite images that show what the buildings could someday look like, however, they often end up in some strange uncanny valley between the real and the imagined, like frames from a videogame cut screen. 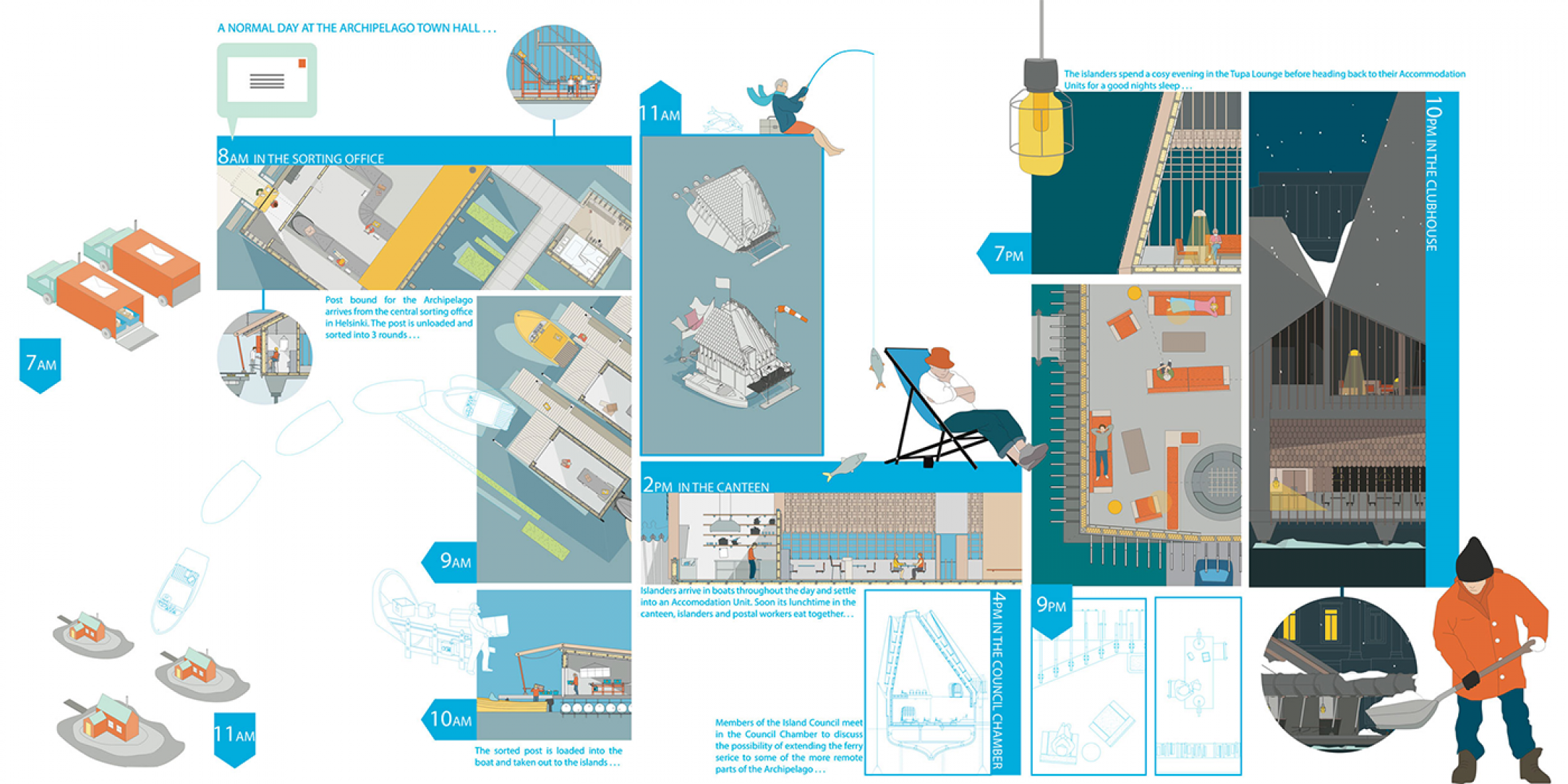 A Day in the Life of the Helsinki Archipelago Town Hall. Helsinki archipelago town hall by Vanessa Lafoy. Click above to see larger image. 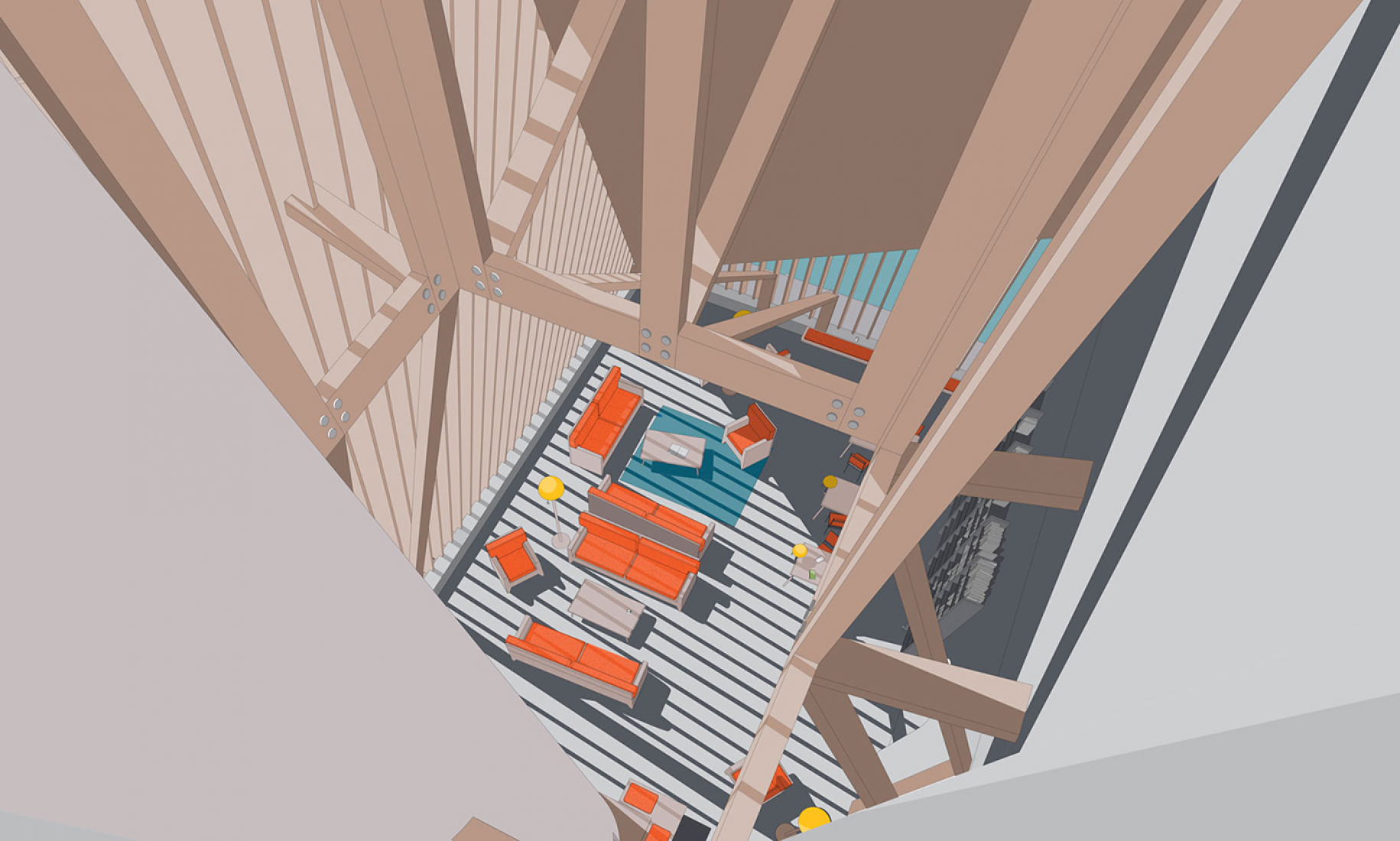 View Inside the Tupa Lounge on a sunny day. Helsinki archipelago town hall by Vanessa Lafoy. Click above to see larger image. 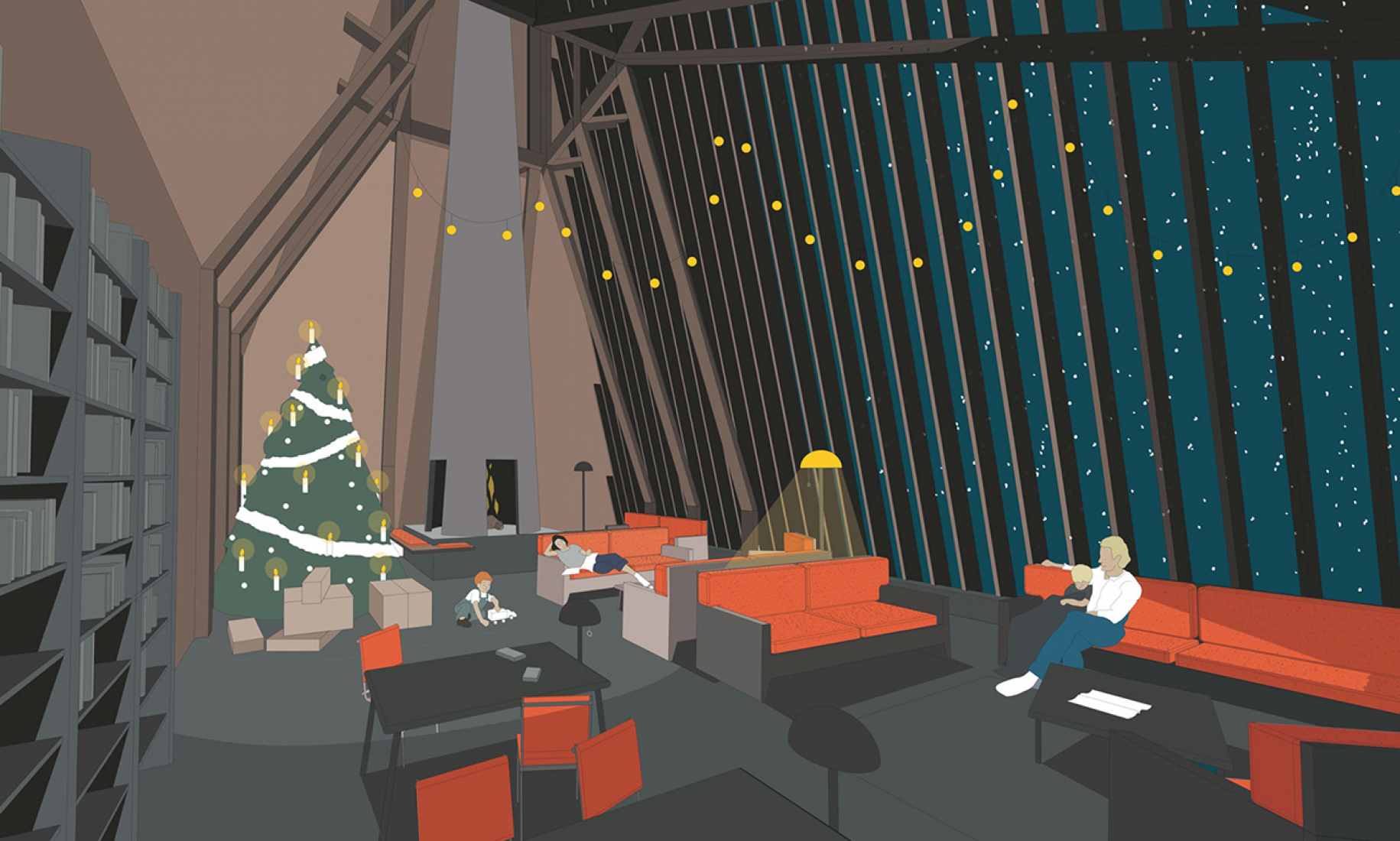 View inside the Tupa Lounge on a winter evening. Helsinki archipelago town hall by Vanessa Lafoy. Click above to see larger image. 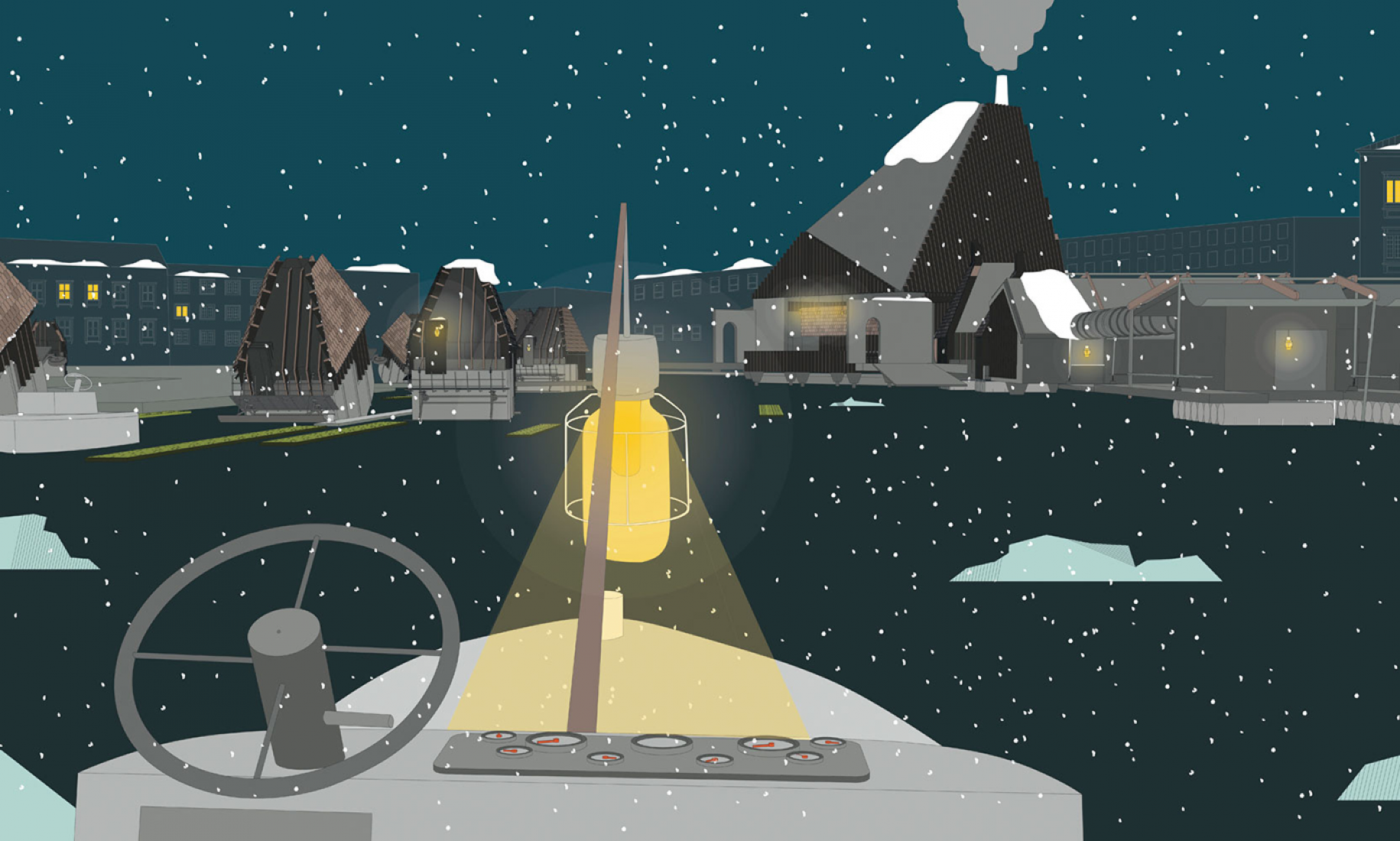 View of the town hall when arriving by boat at night. Helsinki archipelago town hall by Vanessa Lafoy. Click above to see larger image.

Elevation of the Clubhouse and sorting office at night from the water Helsinki archipelago town hall by Vanessa Lafoy. Click above to see larger image. 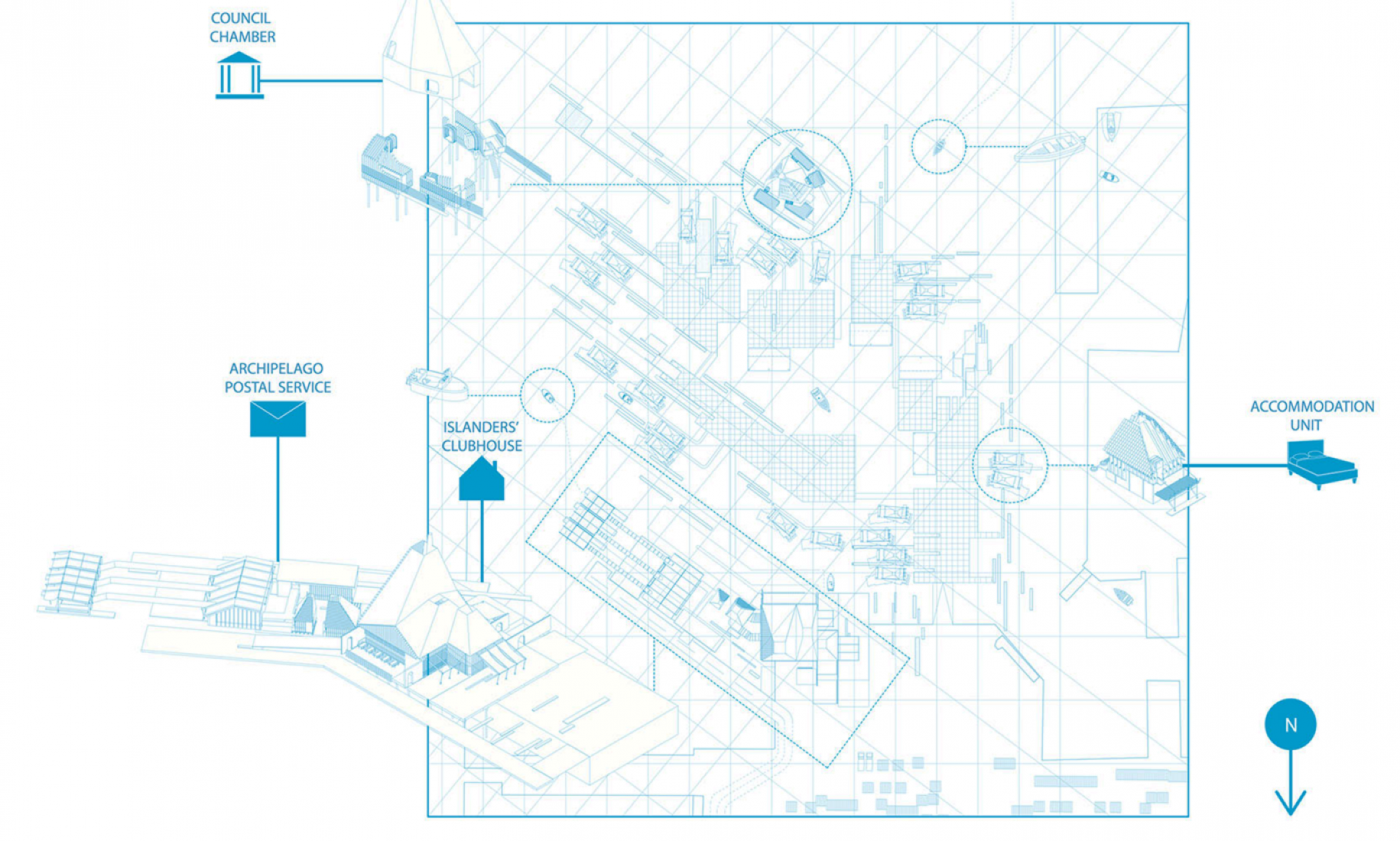 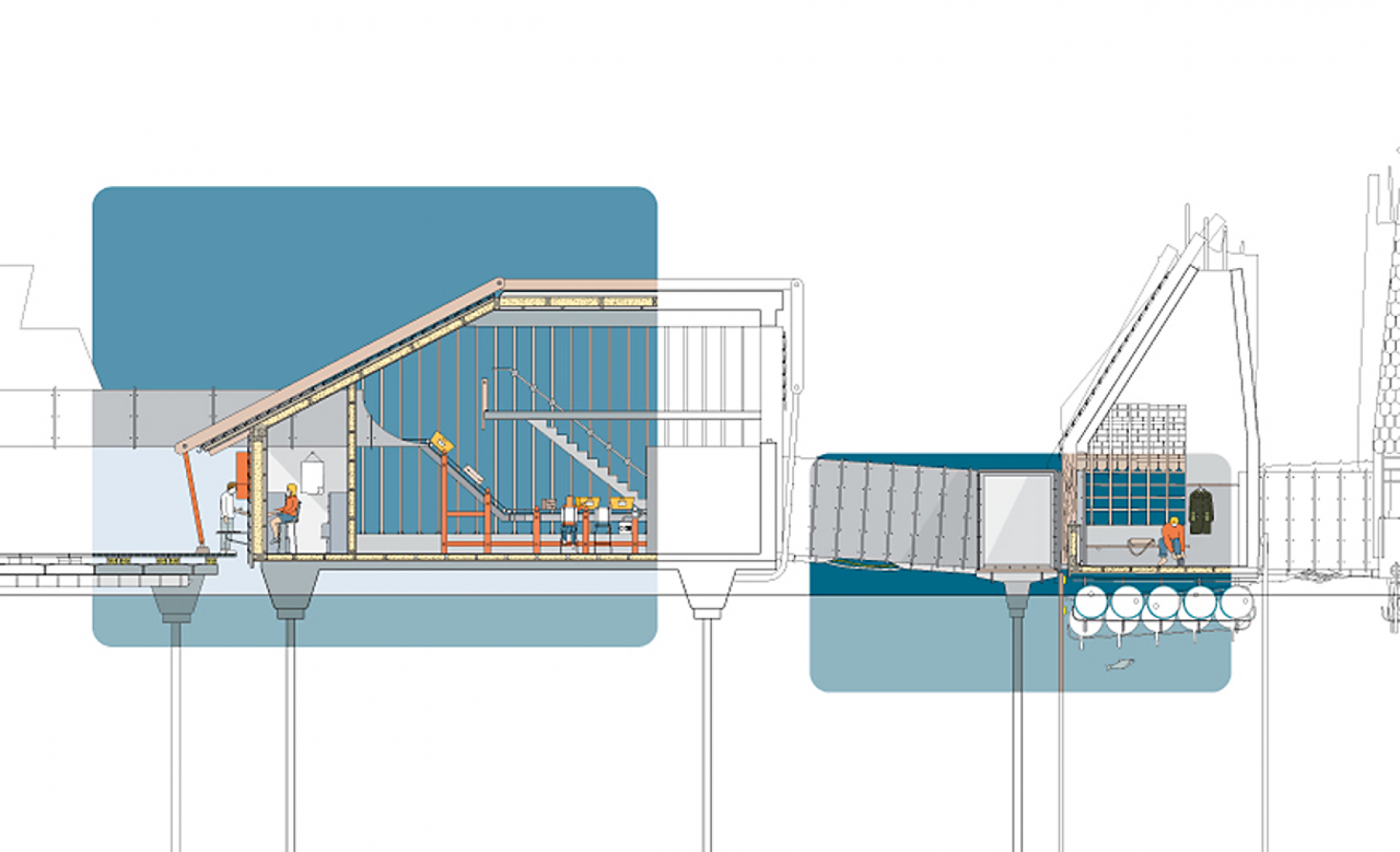 The Royal Institute of British Architects (RIBA) President’s Medals are considered the most prestigious and established awards in architectural education in the world.

Ness Lafoy and her proposal 'Helsinki Archipelago Town Hall’ was awarded the Bronze Medal for best Part 1 design project. Vanessa Lafoy, a recent graduate from the Bartlett School of Architecture at University College of London, opted for a decidedly different approach to illustrating her final project, a town hall dedicated to the inhabitants of the small islands surrounding the Finnish capital of Helsinki. Instead of trying to conjure up real world sheen, she proposed for a series of comic strip-style images. The result is way better than the glossy alternatives.

The Archipelago around Helsinki is dotted with tiny pine covered islands, many inhabited by just one or two households. Altogether there are 455 islands in the Finnish Archipelago, which are home to over 50,000 people.

Most of the inhabitants live without transport links to the mainland and many islands lack telephone lines or internet connection. Therefore in recent years there has been an influx of islanders moving back to the mainland. The Helsinki Archipelago Town Hall aims to become a mainland hub for islanders, providing a warm clubhouse and accommodation for overnight trips to Helsinki. It also aims to improve connections between the mainland and the archipelago by introducing a postal service to remote islands and providing a place for the Island Council to meet so that they can begin to improve transport links and promote the archipelago on to ensure it is not forgotten.

Many of the homes found in the Finnish Archipelago are traditional Finnish farm houses, which are typically timber framed, pitched roof dwellings often clad in painted wooden slats and shingles. The houses are built around a central double height space known as the Tupa. The Tupa is generally dominated by a large fireplace and is the centre of a traditional Finnish Farmhouse. The double height, warm, communal space created by a Tupa and the fractured landscape around Helsinki are driving forces in the design of the Archipelago Town Hall.

The town hall spreads itself out across Helsinki Central Harbour, mimicking the fractured landscape of the Archipelago. The main clubhouse and sorting office building sits on the harbour’s edge and platforms extend into the bay providing additional public space in the harbour. These platforms can be used for cultural and political events run by the Island Council and by the City of Helsinki. The floating accommodation units are positioned around these platforms and are accessed via floating pontoons. At the furthest point lies the Council Chamber, which looks out to the mouth of the harbour and towards the Archipelago.

It’s a great idea, because it show us the day to day. These images, far away of typical iconic visions, in a series of diagrammatic panels that call to mind the work of crackerjack cartoonist Chris Ware, Lafoy starts her project with metalinguistic narration; the arrival of the morning post at 7 am, moving to a cutaway of some island-dwellers meeting in the canteen around 2 pm, and concluding with some quiet scenes of the double-height clubhouse after the sunset.

“I was keen to visually represent what it would be like for people using the Town Hall during a typical day,” Lafoy said. “I found that comic strip style drawings helped narrate the building. I think that maintaining a clear aesthetic helps tell the story of the project and helps give the Town Hall its own character.”

Though simpler in a way than the typical architectural rendering, they give a much stronger vision of place and its identity. Instead of showing us an impossibly shiny landscape of the future, where a diverse cast of cut-and-pasted inhabitants smile amidst gleaming surfaces. In other words, Lafoy’s Town Hall  looks like a place, a real site to visit. 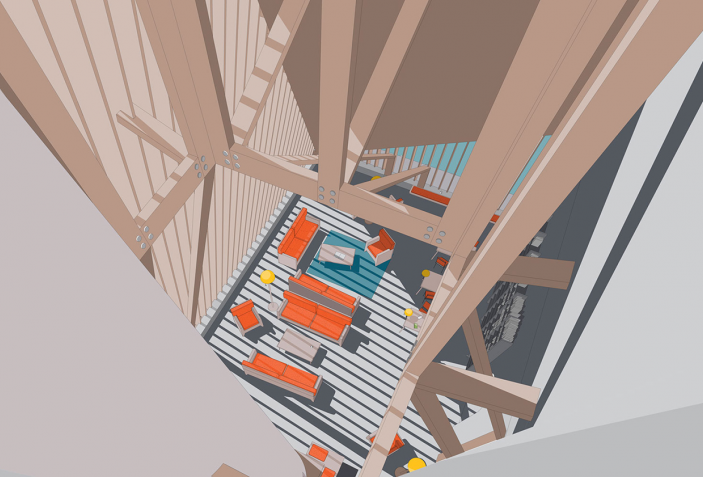 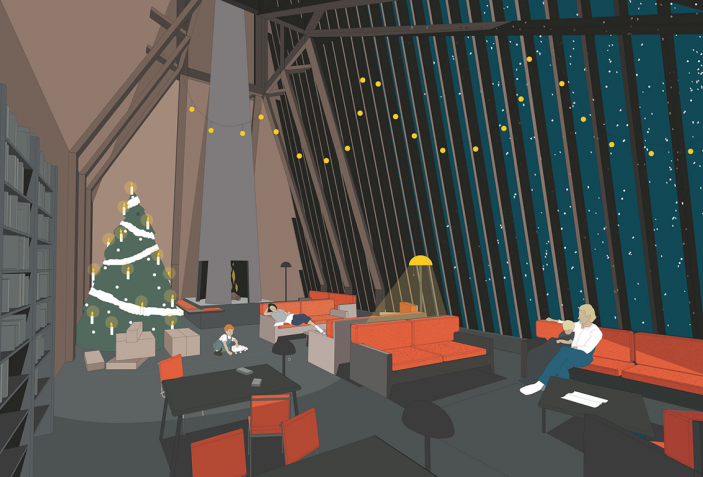 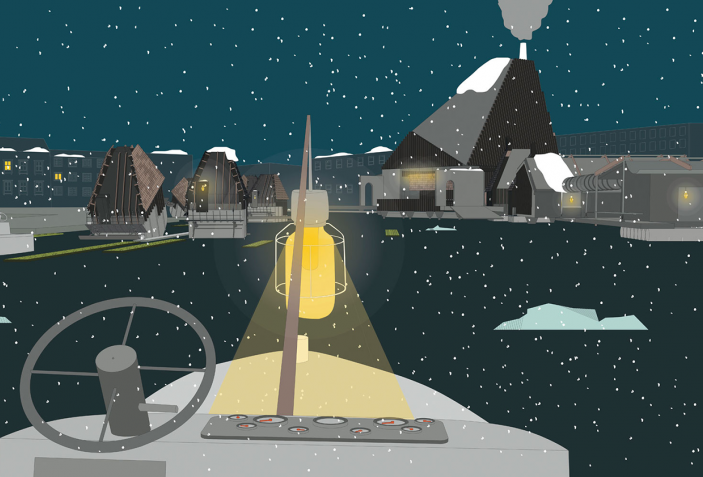 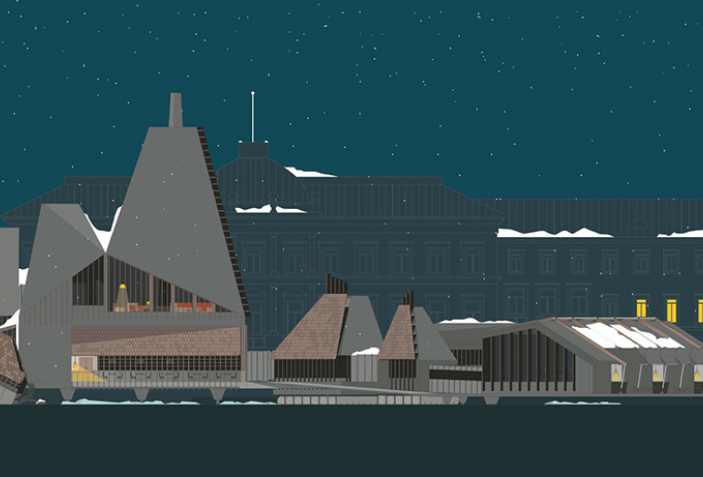 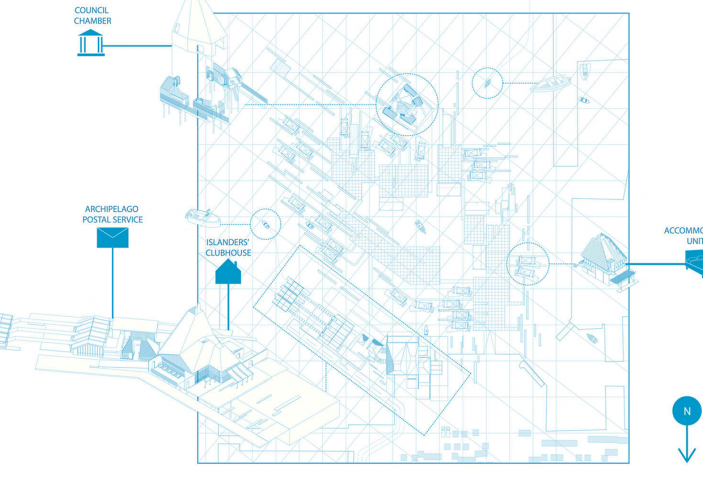 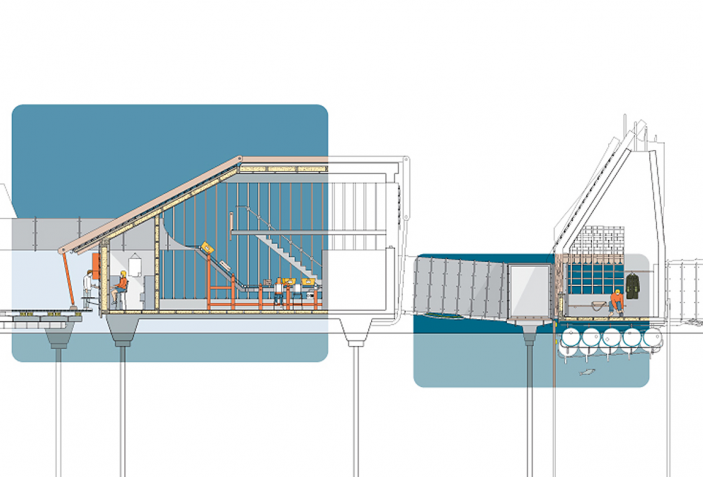