The Reina Sofía Museum brings to Madrid artists from the panorama of the graphic novel and comic books at an international level from an experimental point of view. 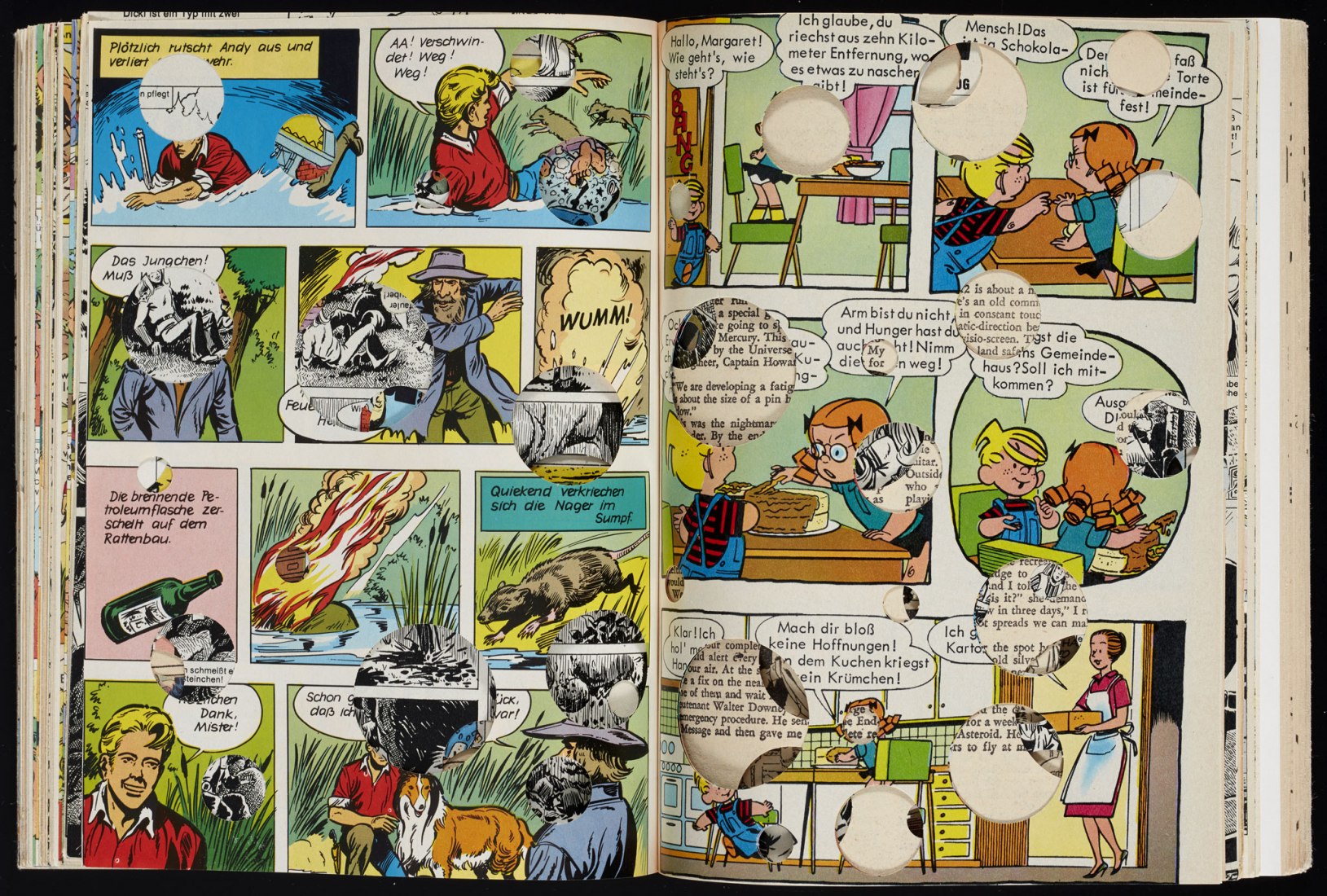 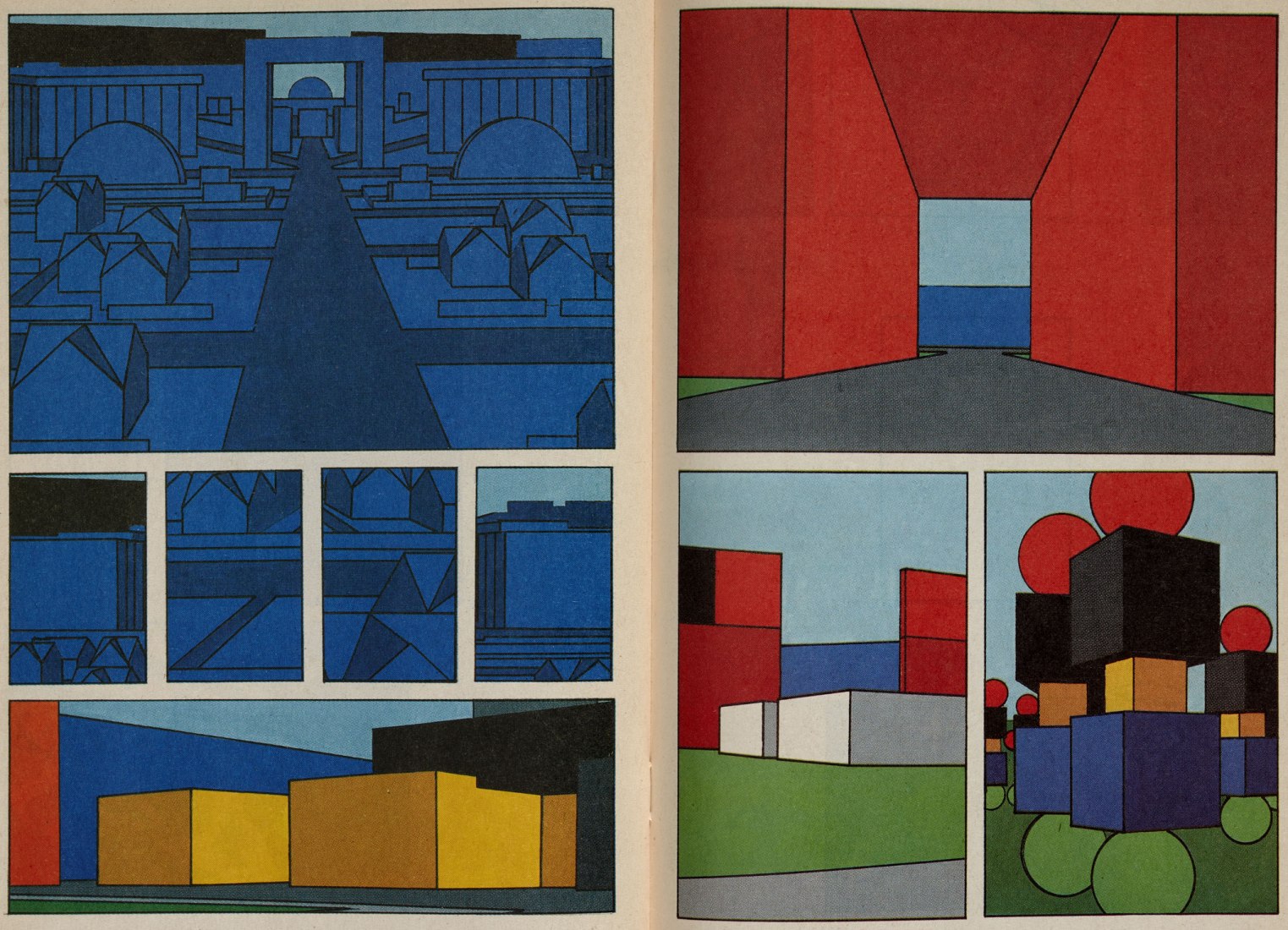 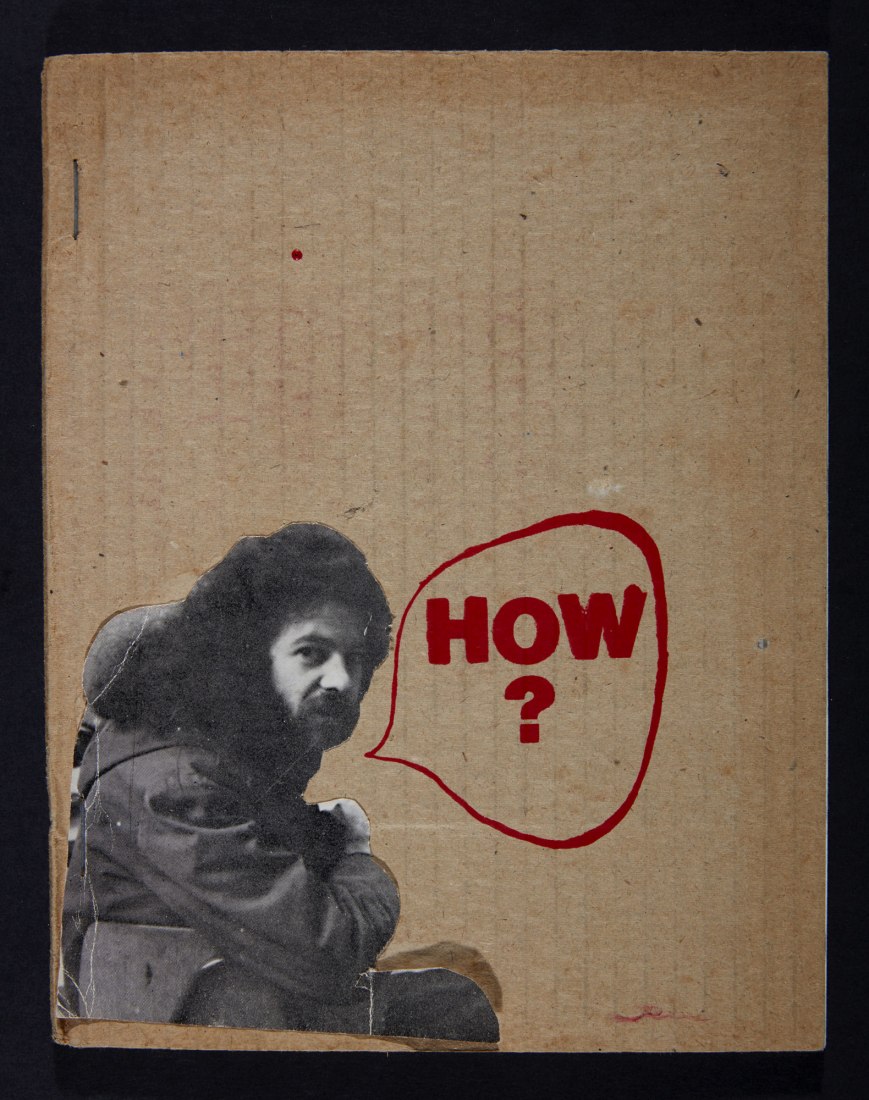 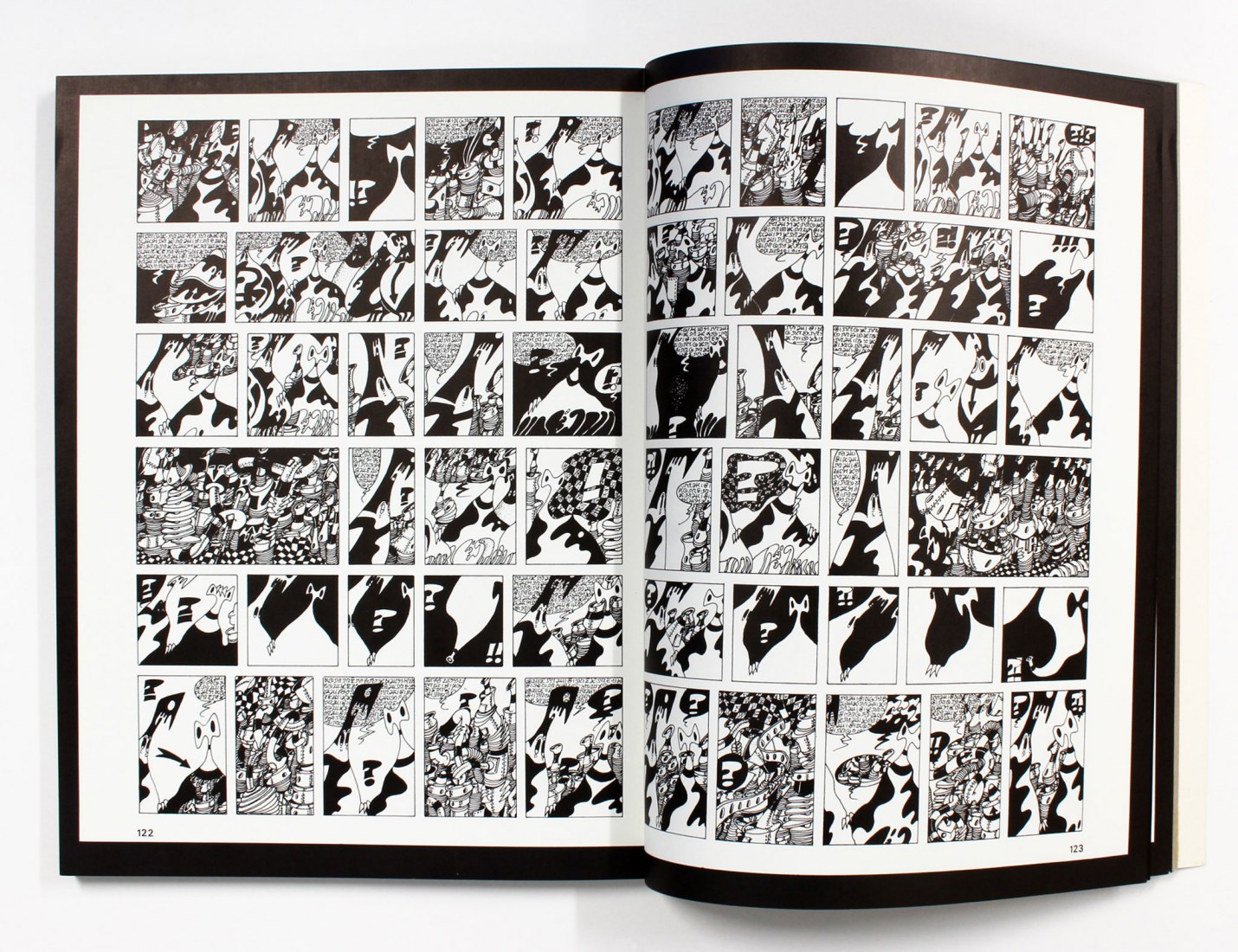 The exhibition includes various artists of the genre who reinterpret or contribute their own vision of both published comics and mythical characters. The works are a display of imagination and games with the type of comic: changes in the structure, in the dialogue balloons ..., and representation techniques that go beyond the drawing of the cartoons. Becoming the protragonist of the exhibition the language through which they transmit their ideas to the reader.

Last Friday, March 9, the Reina Sofia Museum Library opened the doors to the public of "Comics: a new reading", a selection of 53 works by as many artists and collectives that explores the relationship between comics and other artistic languages, revealing the unexpected encounters and the fruitful dialogue in which narrations and abstractions, strips and vignettes, color planes and dialogue balloons, heroes and legends have taken on new meanings and possibilities. The group of buildings is shown in Space D, a room of the Documentation Center and the Library of free access dedicated to the dissemination of the Museum's bibliographic and documentary collections.

Since the comic emerged at the end of the 19th century, visual artists - like Maiakovskii or Pablo Picasso, with his Sueño y mentira de Franco - have always appropriated different aspects of the genre and have tried to adapt them to their art. The visual possessions, collage and sculpture have also taken advantage of the characteristic features of the comic: the structure of the page, the vignettes, the characters and the onomatopoeic language.

After the recently organized exhibition about the work of the cartoonist and winner of the Pulitzer Prize Art Spiegelman, this new incursion by the Reina Sofia Museum in the world of comics highlights how from the sixties some visual artists begin to make new interpretations fundamentally in its formal elements.

Through the use of comic book compositions, the juxtaposition of sequences, the organization of vignettes and dialogue balloons, artists deconstruct traditional comics until they reduce them to their essence and develop a new story that in most cases It is not a work of fiction. In general, artists appropriate original comics or fragments and recreate them.

Inspired by the comic

The selection of the works have been carried out by Guy Schraenen. Dieter Roth carelessly binds pages of different comics to create a book that then holes, so that each page allows to see a fragment of the next one. Christian Marclay, on the other hand, selects several fragments of comics to compose To Be Continued (2016), a graphic score for several instruments in which he orders different individual images and creates a whole page of "pums", "cracs", "Plas", "dings" and onomatopoeic "dongs".

Some authors, such as Ben Vautier, Emmet Williams or Adrian Piper, among others, concentrate only on the most striking aspect of comics: the dialogue balloon. Raúl Marroquín combines the collage and the dialogue balloon so that the cover of his book "says" the title of the work: How? (1974). In turn, Roy Lichtenstein and Raymond Pettibon demonstrate that the covers of the discs, case of the groups Flamin 'Groovies or Sonic Youth, can also be an excellent support to evoke images inspired by the comic; and Laurie Anderson dedicates the cover of one of his records and even a song to the legendary hero Superman (1981).

Roberto Altmann appropriates the structure of the comic page, but invents abstract characters and texts without semantics. In his book Geste hypergraphique (Hypergraphic Gesture, 1988), his graphic developments seek to widen the imagination of the reader so that he can suggest his own plot. Mirtha Dermisache also uses the structure of the comic page in her Fragment of Comic book pamphlet (1974), and introduces her typical texts without semantics in the cartoons. Dorothy Iannone, on the other hand, conceives an exhaustive, apparently autobiographical, account in her illustrated book The Story of Bern (or) Showing Colors (1970).

There are several publications that are limited to presenting the typical scenarios of the comic. Both Spuk (2004), Niklaus Rüegg's book, and Lawrence Weiner and Matt Mullican's In the Crack of the Dawn (1991) evoke imaginary urban environments with colorful sequences of shapes that look architectural.

In all the pieces shown, the artists offer new perspectives; sometimes, they create a version of the own comic that they appropriate; others, of a work of fiction that already existed. In the case of Fahrenheit 451's Comic (2016), Francesc Ruiz proposes a condensed third interpretation of Ray Bradbury's novel that later led to the cinema François Truffaut.

On other occasions, fictional characters such as Superman, Batman, Spiderman or Catwoman, charge a new existence in the art world. The iconic Mickey Mouse, with its unmistakable silhouette, is probably the one that has inspired most works. The Mickey Mouse Museum by Claes Oldenburg, with the shape of the head of this character and a collection of objects related to it, is the most suggestive metamorphosis, represented by the multiple object Geometric Mouse (1971). 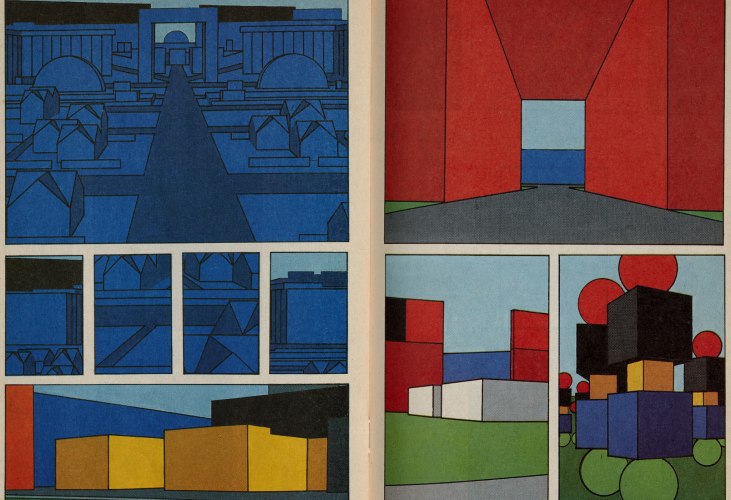 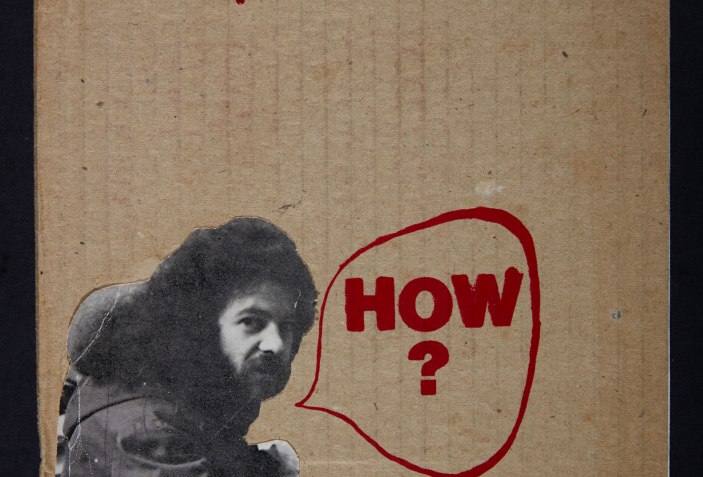 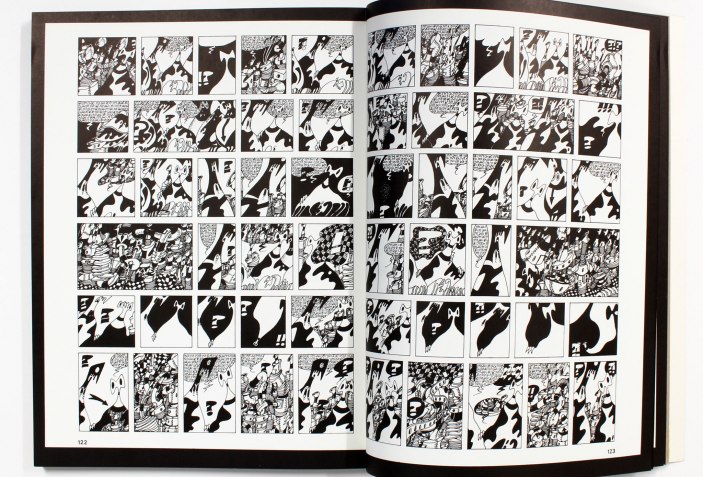 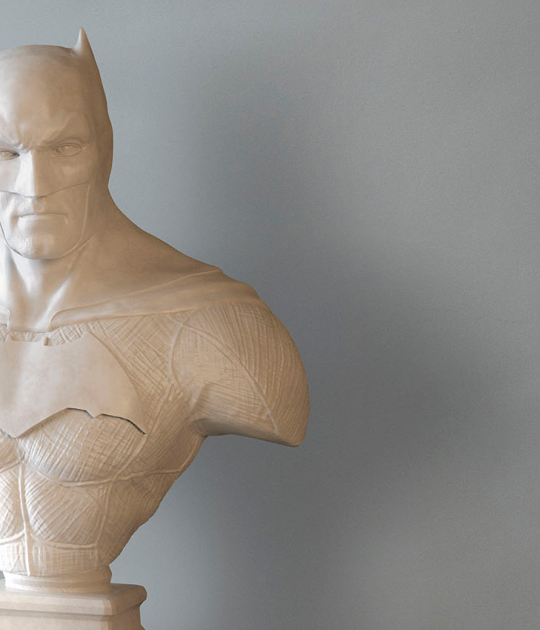 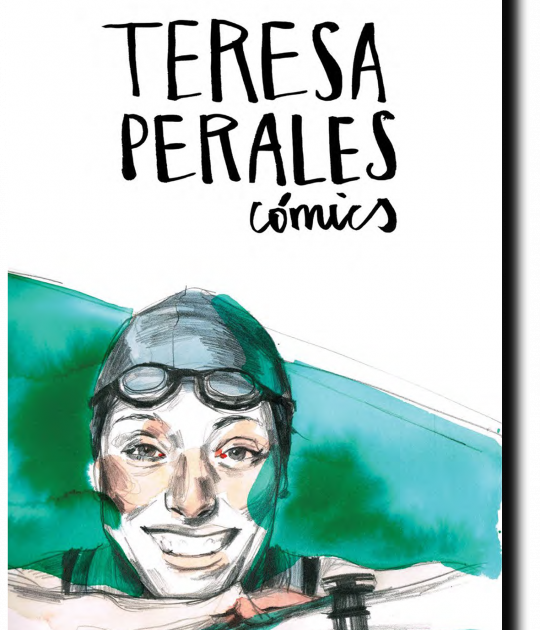 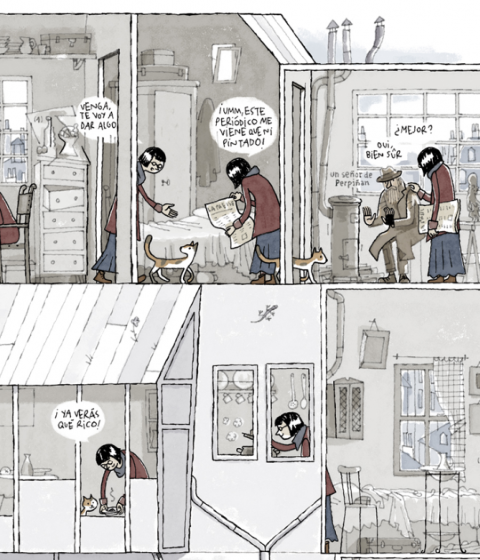 Art in the comic. The narrative force of the ninth art 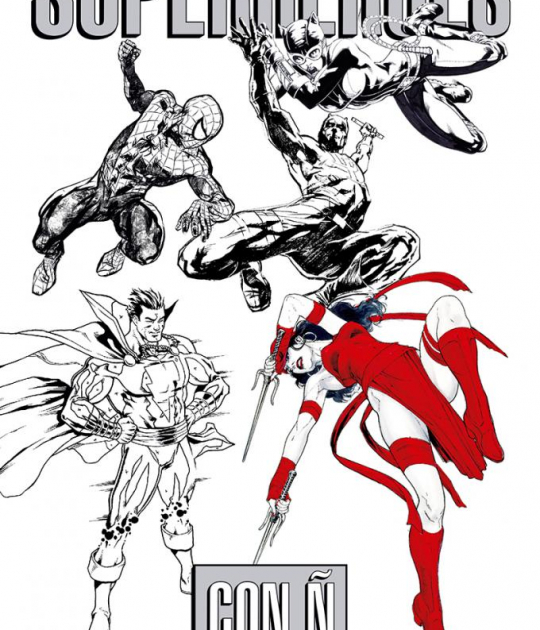 Superhéroes with Ñ. Spanish Illustrators in the USA. 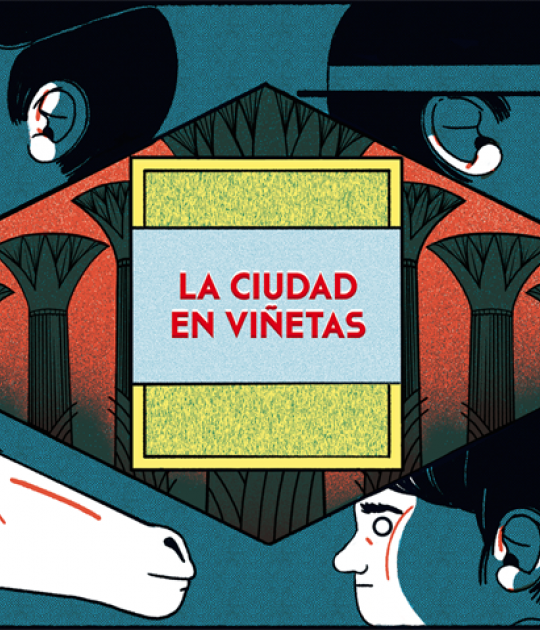 Daura Cristina closes the third cycle of The city in cartoons.