Henry Moore's Wall Relief No.1, near Rotterdam Central Station, is a unique piece in the artist's career: it is his only work in brick. The wall sculpture is temporarily removed because a new building is erected on the spot. Architecture historian Wouter Vanstiphout talks about the history and future of the piece. 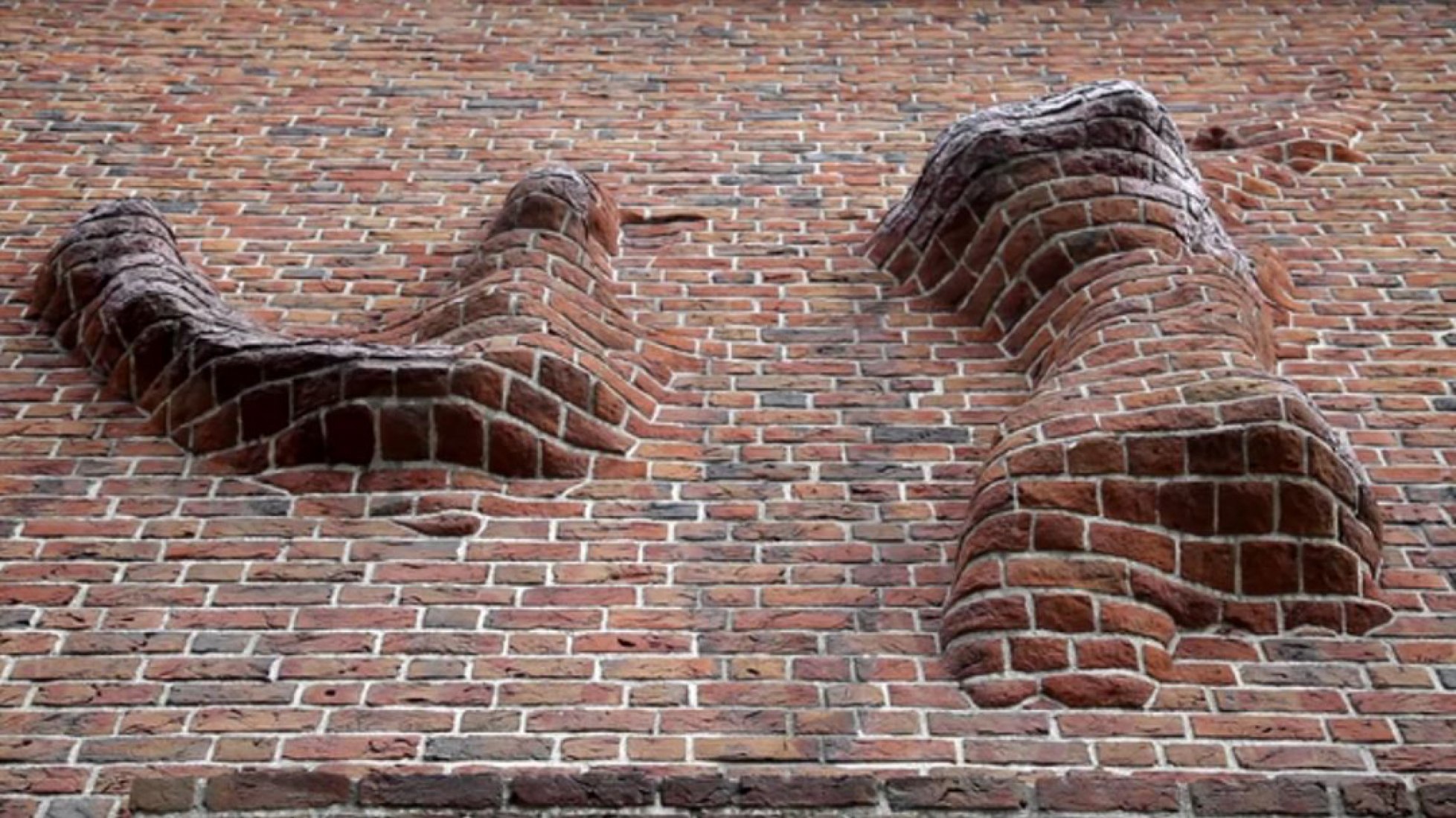 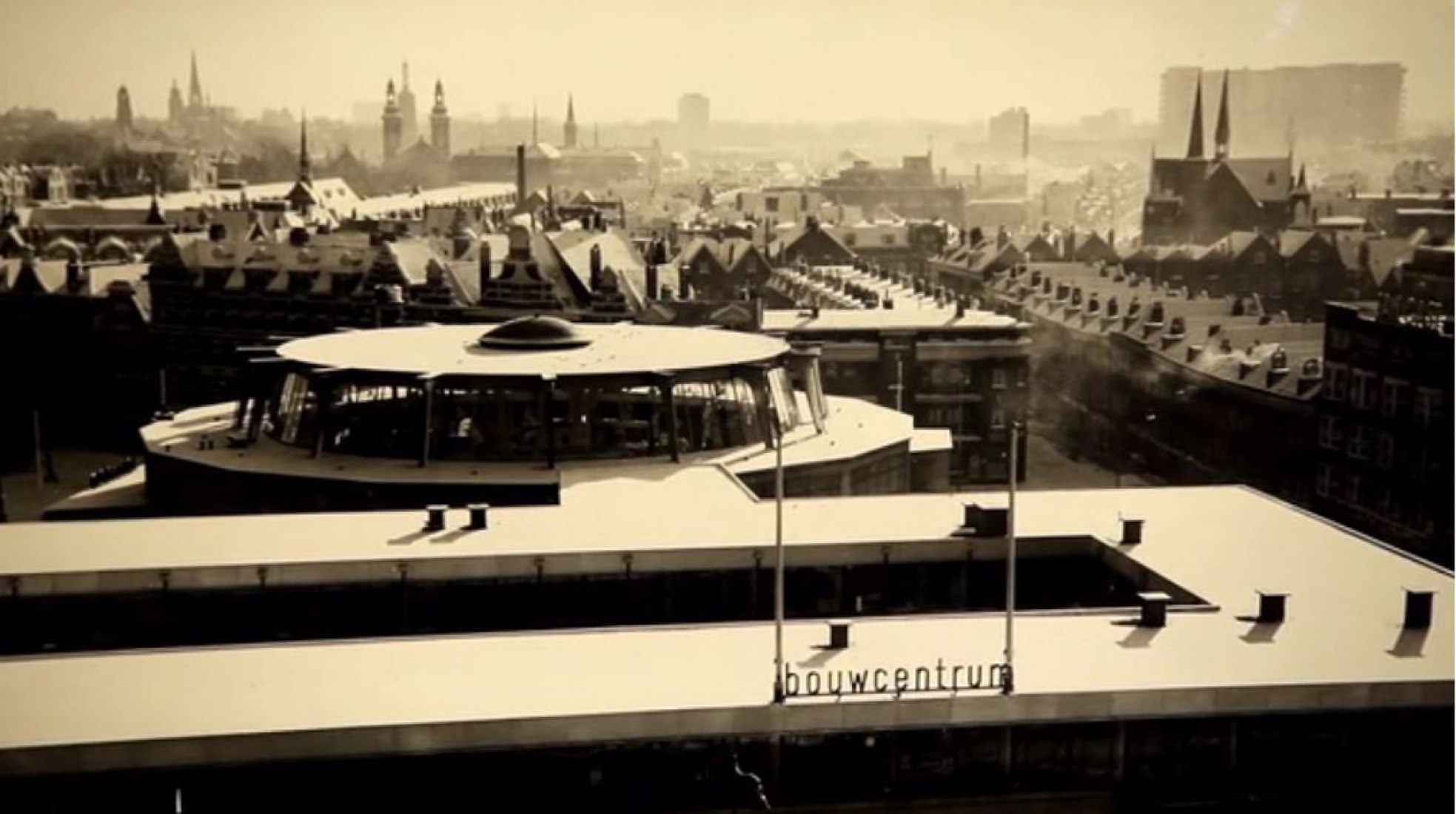 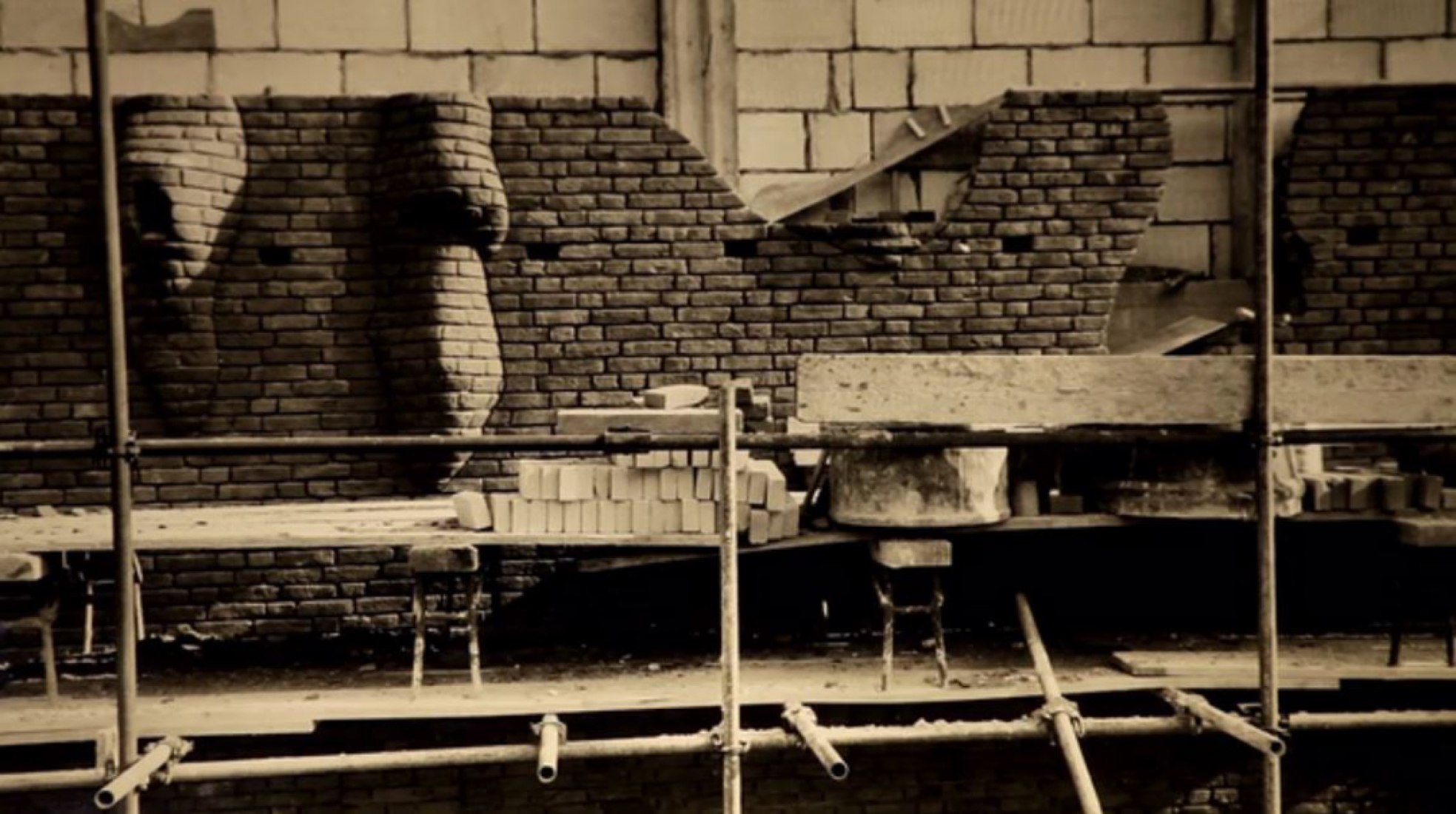 In construction. Screen shot of Henry Moore: Wall Relief No.1. Click above to see larger image. 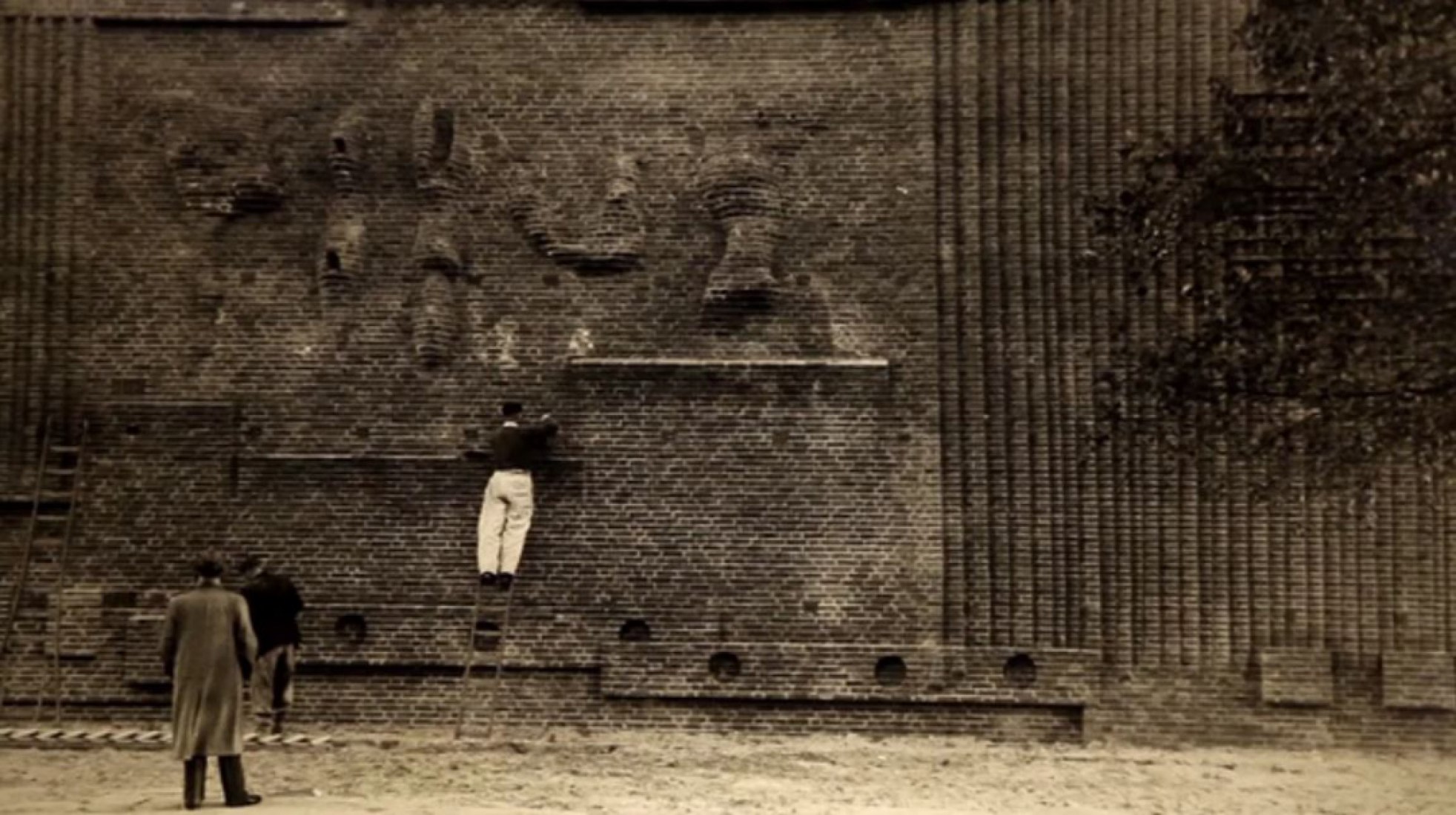 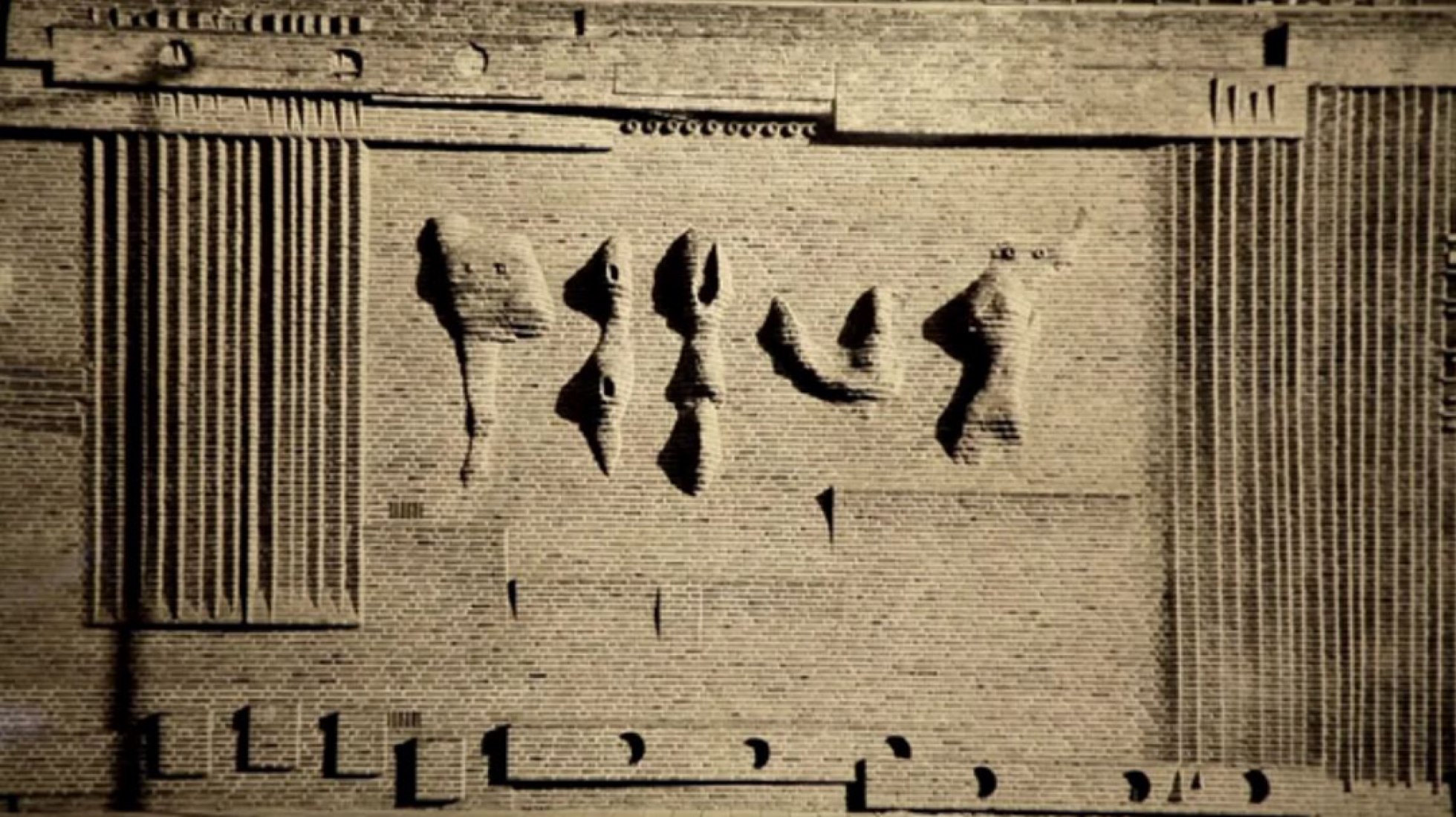 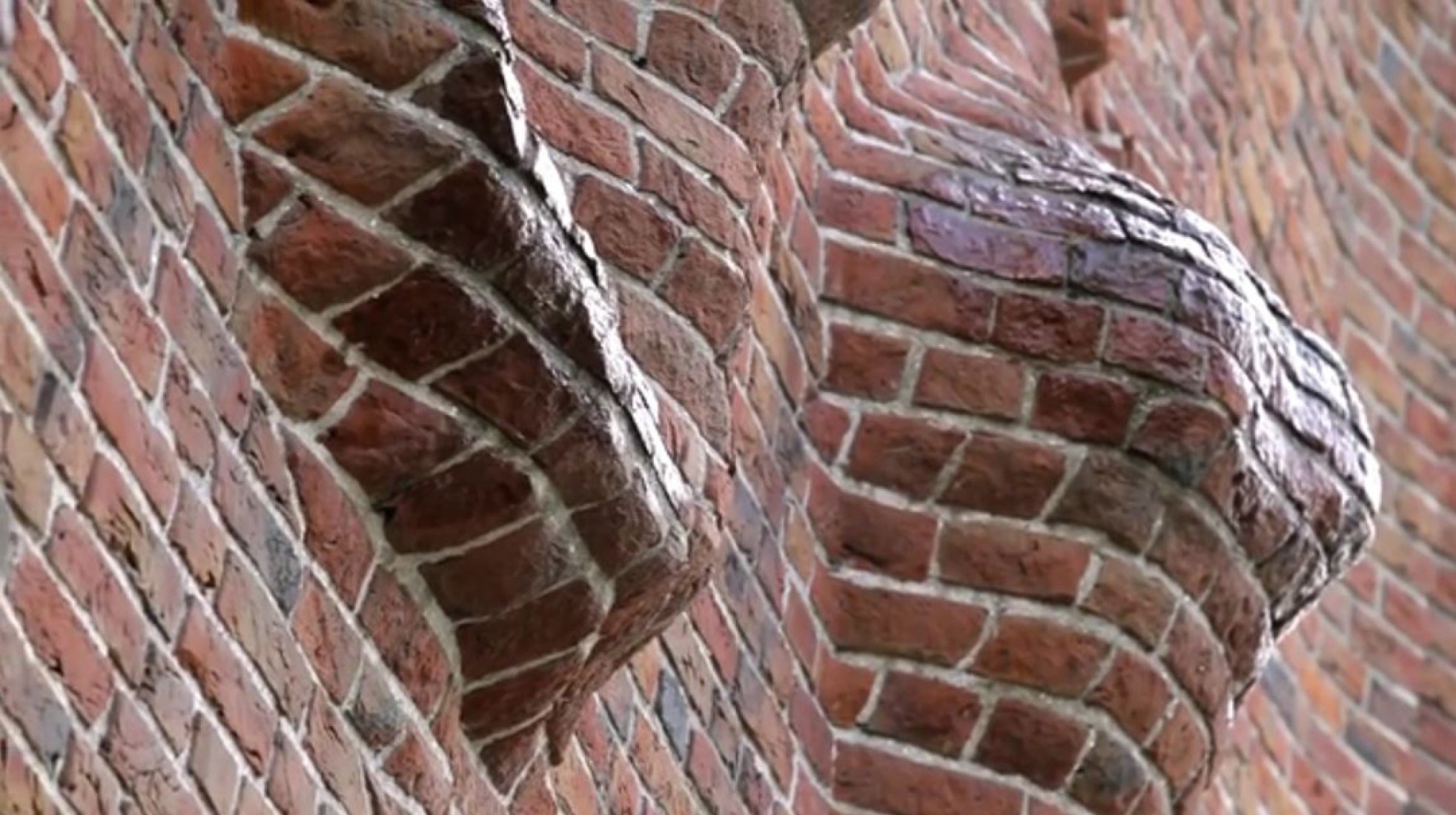 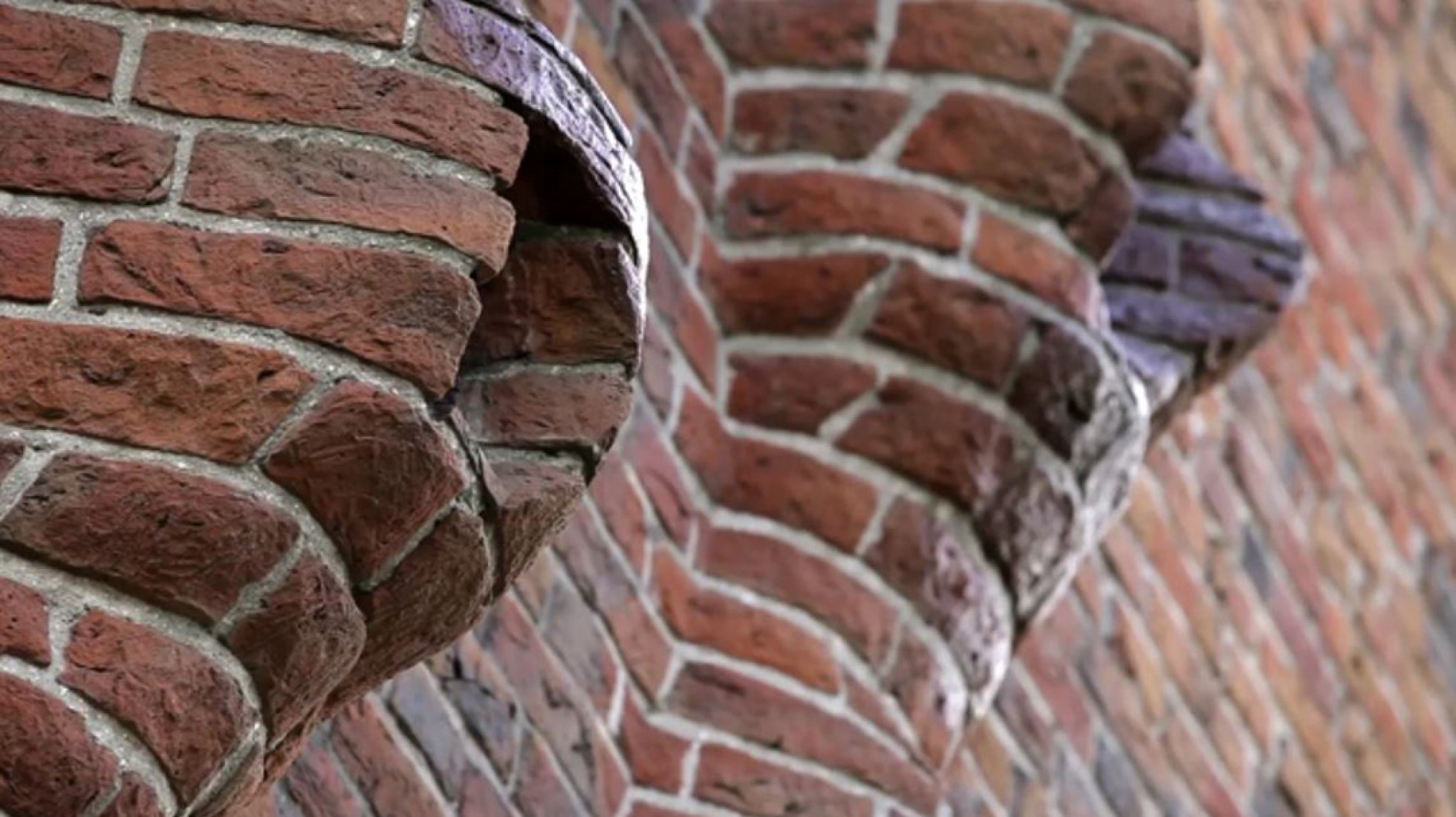 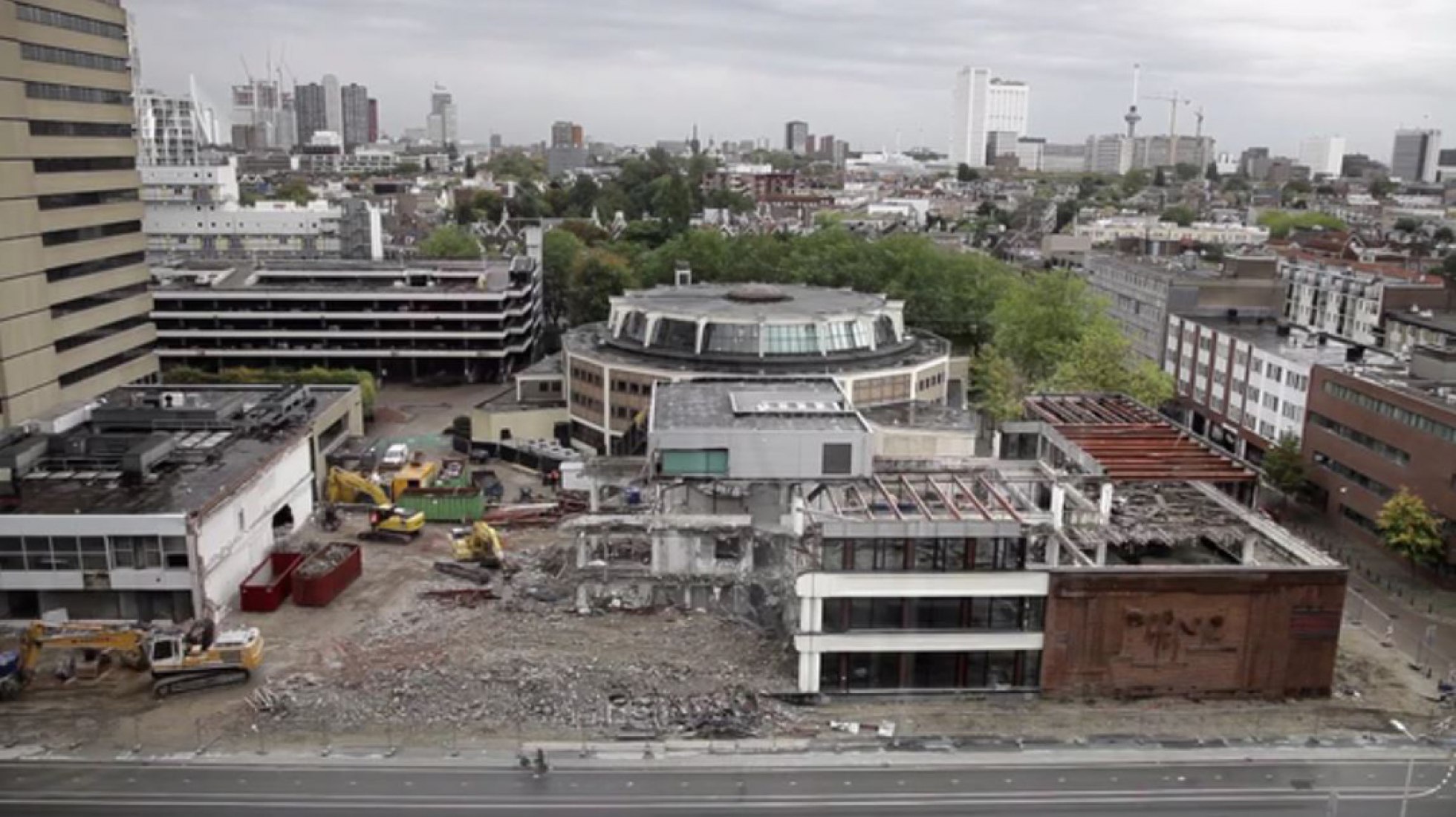 About Wall Relief No.1

The brick Wall Relief No.1 that has graced the façade of the former Bouwcentrum (Building Centre) in Rotterdam since 1955 was designed by Henry Moore. The relief is made up of approximately 16,000 hand-carved bricks. It took two master bricklayers 1,200 hours over the course of four months to complete the work.

The pattern of geometric elements – horizontal blocks with circles at the top and bottom, and linear vertical elements left and right – forms a kind of border. This border is interrupted at certain points so that it does not have the character of a frame.

The composition is less structured at the centre, where five organic forms have been loosely juxtaposed. They call to mind bodies or plants, and stones gradually polished by water, sand and wind.

Since 2010, the former Bouwcentrum (Building Centre), later named Weena Point, has been demolished. Architecture firm De Architecten Cie. has won a bid for a new building on the same location. Wall Relief No.1 will be re-integrated in the new facade. 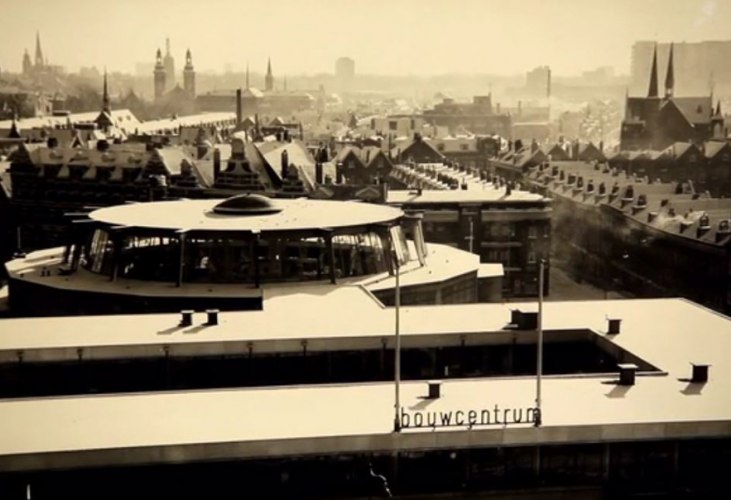 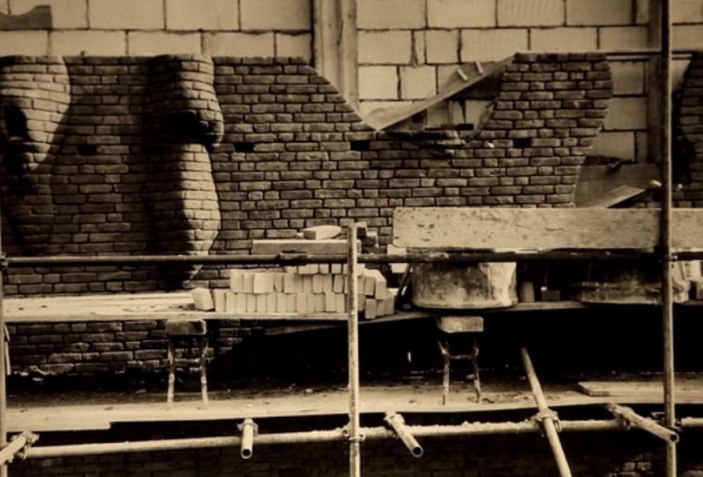 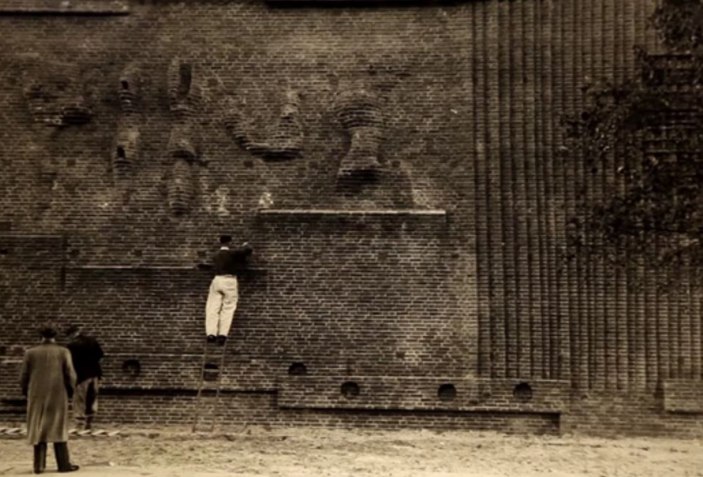 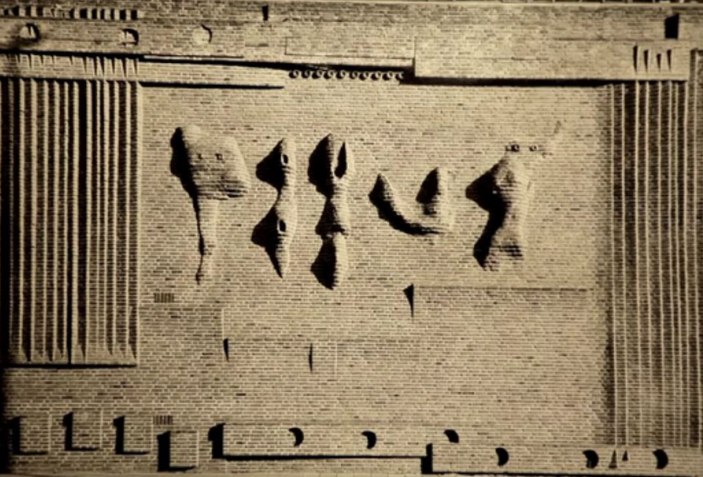 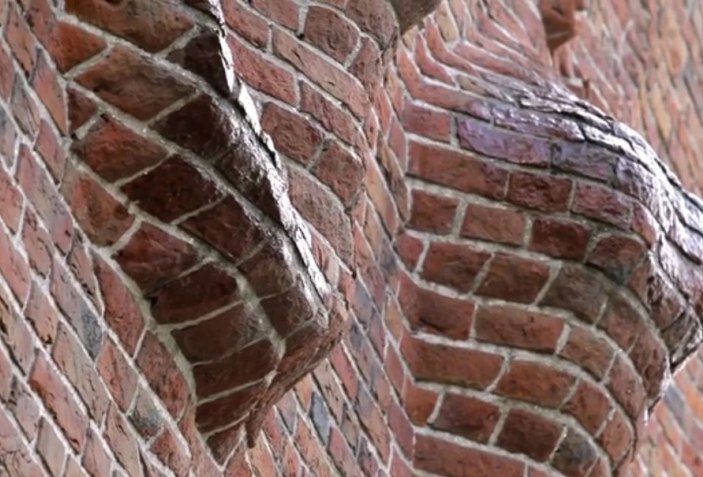 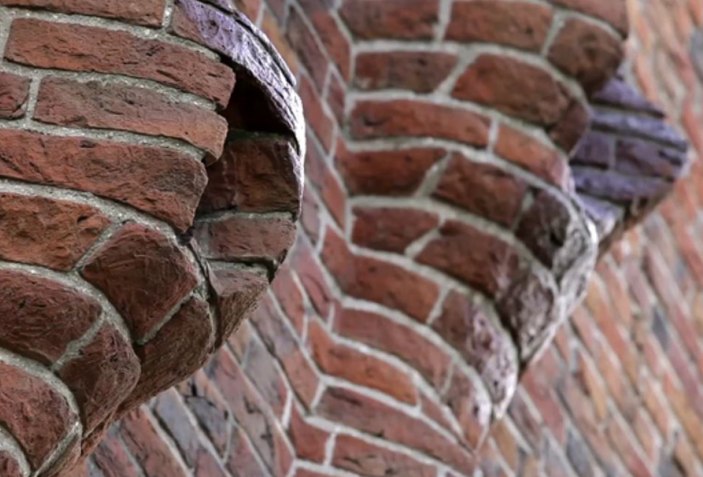 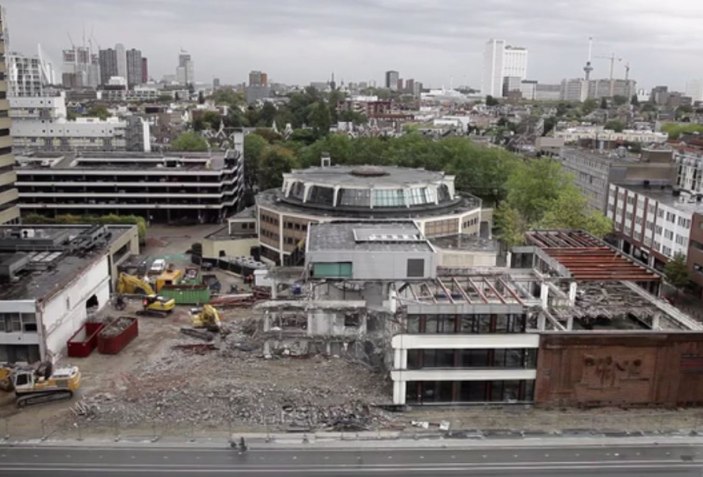