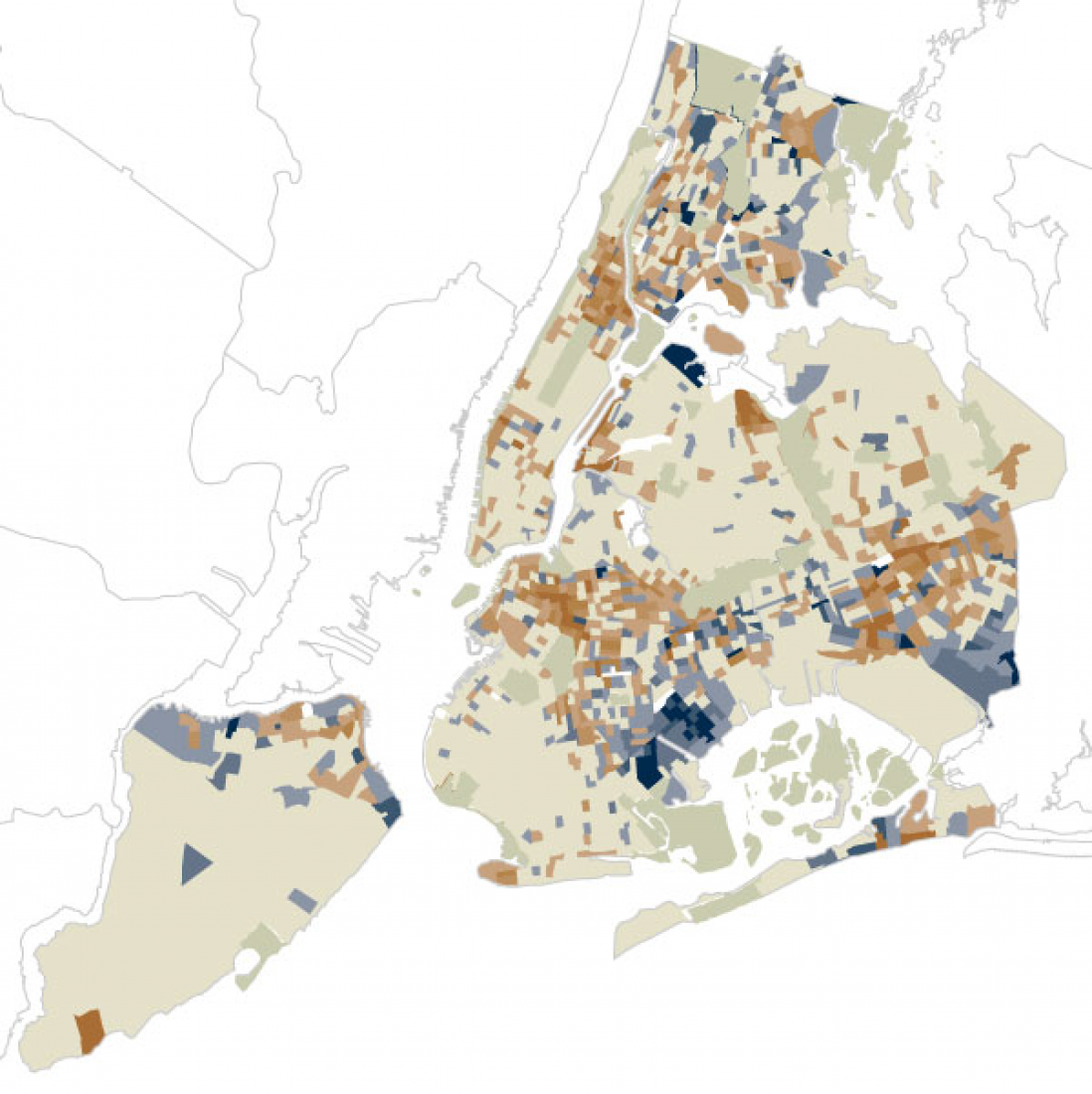 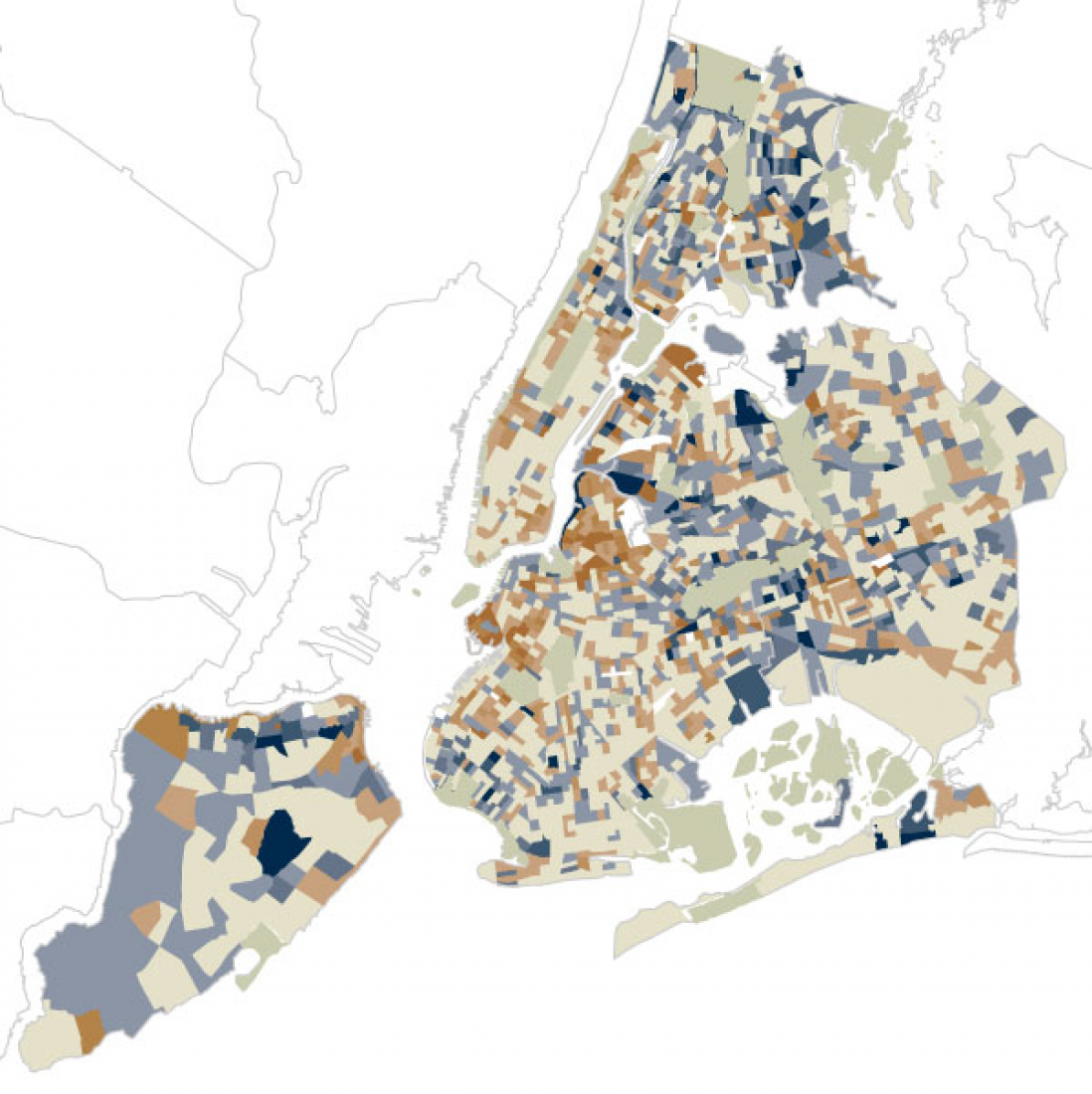 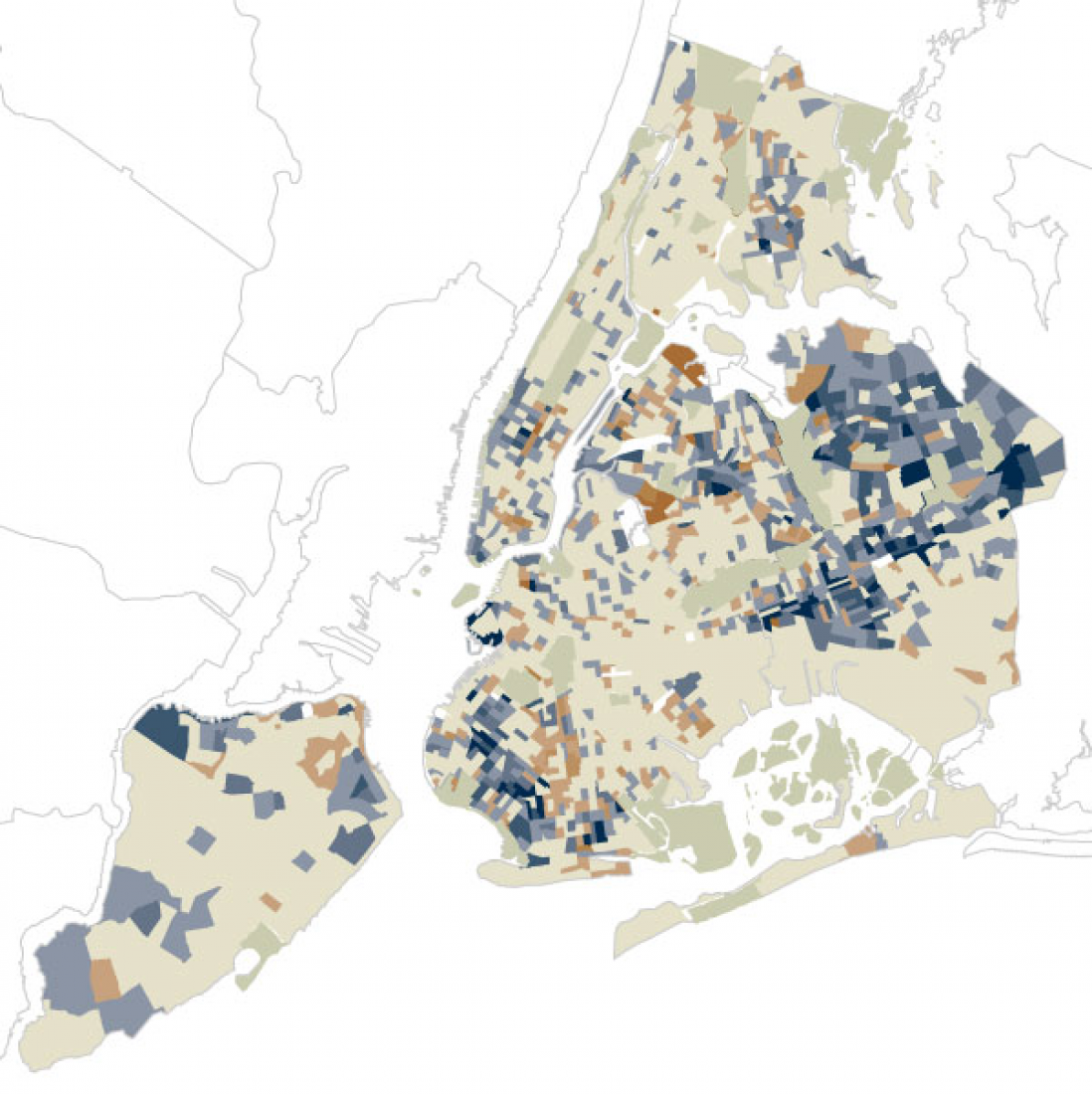 White.- The share of white residents rose sharply in brownstone Brooklyn neighborhoods like Prospect Heights (to 45% from 28% in 2000) and Fort Greene (to 26% from 14%), as well as Williamsburg. Whites also made gains in many neighborhoods in Manhattan where they still make up a small percentage of the population, including Harlem (9%), East Harlem (15%) and the Lower East Side (27%).

Black.- Canarsie, Brooklyn, had one of the greatest increases in its share of black residents in 2009 (to 81% from 67%), while recently gentrified neighborhoods like Prospect Heights, Clinton Hill and Fort Greene saw double-digit decreases.

Asian.- The share of Asians grew sharply throughout eastern Queens (to 26% from 14% in Jamaica) and in southeastern Brooklyn, where Asians make up a third of the residents in the Bensonhurst neighborhood. Perhaps not surprisingly, Chinatown has the city's highest rate of Asian residents, 78 percent, unchanged since 2000. 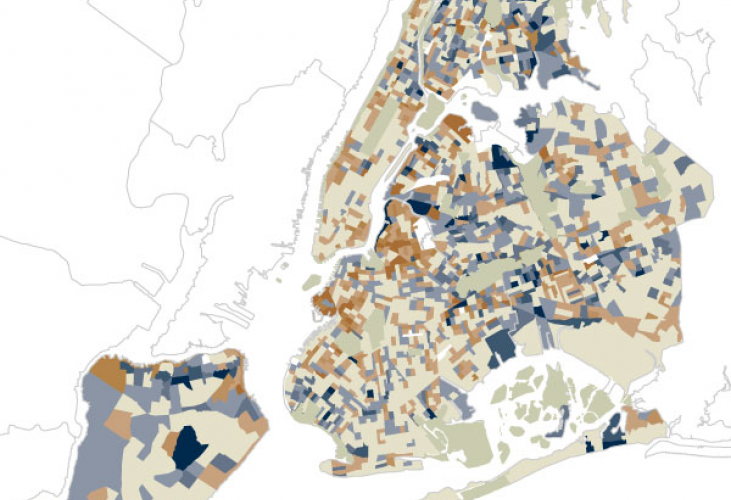 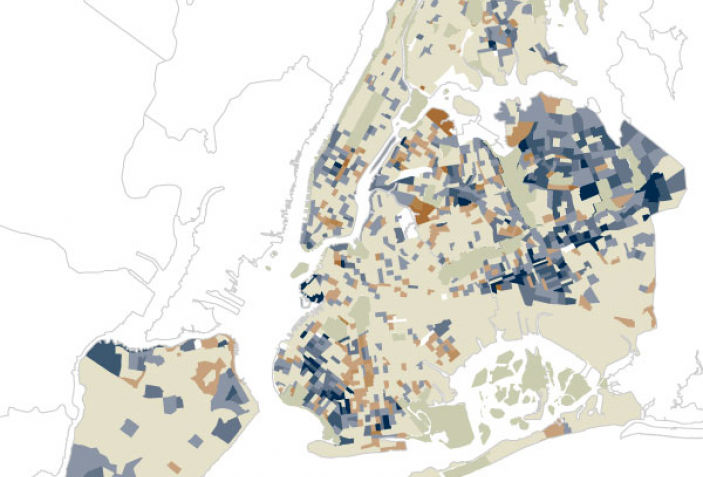