Park Avenue Armory will unveil a large-scale, site-specific work it has commissioned by Jacques Herzog, Pierre de Meuron, and Ai Weiwei, on June 7, 2017. The immersive, interactive installation, Hansel and Gretel, will fill the Armory’s Wade Thompson Drill Hall and extend into the first floor of the Head House, creating a world permeated by modern-day surveillance.

Placing visitors in the position of the observed and the observer, the multilayered work will submerge audiences in an environment where their every movement is tracked and monitored. 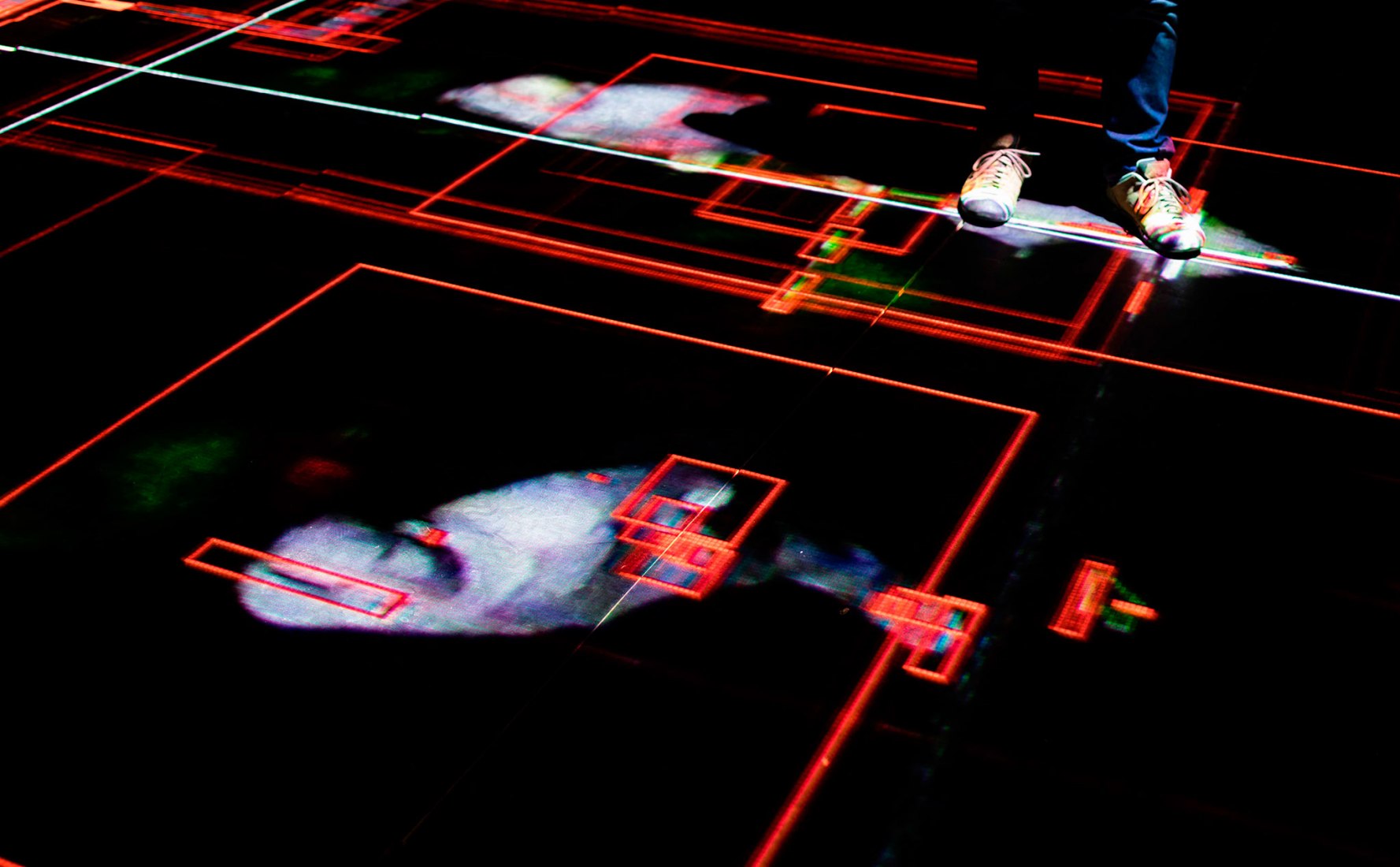 The project is the 49th drill hall engagement to be mounted since Park Avenue Armory transformed the building into a cultural center for unconventional work, and follows such milestone installations as tears become…streams become…by Douglas Gordon and Hélène Grimaud (2014), WS by Paul McCarthy (2013), and the event of a thread by Ann Hamilton (2013), among others.

Hansel and Gretel also marks 15 years of collaboration between Herzog, de Meuron, and Ai, who have worked together on the 2012 Serpentine Gallery Pavilion and the National Stadium in Beijing, created for the 2008 Summer Olympics and coined the “Bird’s Nest” for its exterior façade of interwoven steel.  Herzog & de Meuron are also currently leading the ongoing revitalization of the Armory’s historic building, thus bringing a depth of knowledge of the Armory’s physicality to this project.

“Hansel and Gretel extends dynamic creative synergies that exist between the practices of Jacques, Pierre, and Weiwei and adds a new dimension to the imaginative, monumental work they’ve created together” said Pierre Audi, the Armory’s Artistic Director. “Weiwei is an artist who has an innate understanding of the impact that built environments have on the artistic experience—as well as the direct experience of being watched 24/7.  Jacques and Pierre bring deep experience of the emotional interplay between the public and private domain. Together they provide the ideal complement in pushing each other’s practices.”

The artists conjure up an environment that envelops visitors and transforms them into active elements in the work. Under the eye of surveillance drones and infrared cameras, viewers will navigate a disorienting terrain where every movement is recorded, broadcast, and fed back into the installation. The experience inverts the fairytale of Hansel and Gretel—instead of purposively leaving a trail to avoid getting lost, the surreptitious tracking of visitors makes it impossible to hide their location.

Visitors will transition into the role of the observer when entering the Head House, where footage from the drill hall will be screened in a “surveillance laboratory.” The lab will simultaneously serve as a covert monitoring hub and a forum for visitors to discuss the ethics and societal impact of the growing culture of surveillance.

“This project provides a powerful lens for examining surveillance as one of the defining social phenomena of our time and provokes pressing questions about the right to privacy in a hyper-monitored world,” said Rebecca Robertson, Executive Producer and President of Park Avenue Armory. “In this work, Jacques, Pierre, and Weiwei have fostered a robust dialogue with our building to create a thought-provoking, immersive experience that explores how surveillance transforms public space into a controlled environment where individuals forfeit their anonymity.” 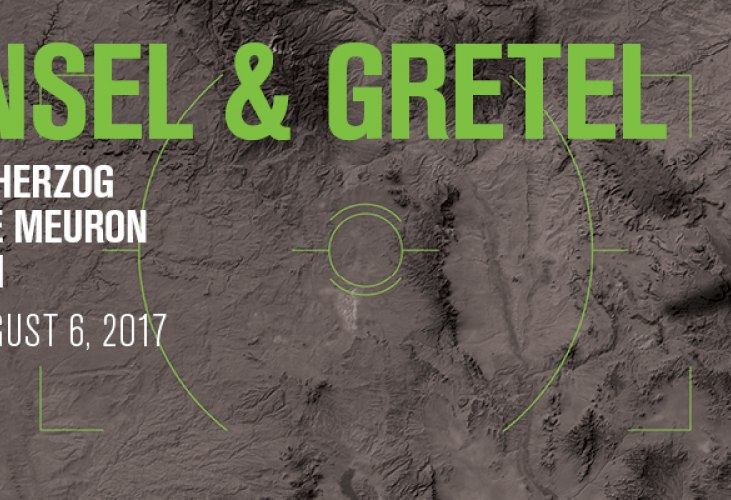 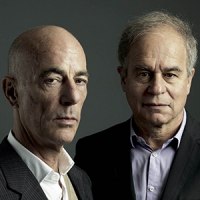 Herzog & de Meuron Architekten is a Swiss architecture firm, founded and headquartered in Basel, Switzerland in 1978. The careers of founders and senior partners Jacques Herzog (born 1950), and Pierre de Meuron (born 1950), closely paralleled one another, with both attending the Swiss Federal Institute of Technology (ETH) in Zürich. They are perhaps best known for their conversion of the giant Bankside Power Station in London to the new home of the Tate Museum of Modern Art (2000). Jacques Herzog and Pierre de Meuron have been visiting professors at the Harvard University Graduate School of Design since 1994 (and in 1989) and professors at ETH Zürich since 1999. They are co-founders of the ETH Studio Basel – Contemporary City Institute, which started a research programme on processes of transformation in the urban domain.

Herzog & de Meuron received international attention very early in their career with the Blue House in Oberwil, Switzerland (1980); the Stone House in Tavole, Italy (1988); and the Apartment Building along a Party Wall in Basel (1988).  The firm’s breakthrough project was the Ricola Storage Building in Laufen, Switzerland (1987).  Renown in the United States came with Dominus Winery in Yountville, California (1998). The Goetz Collection, a Gallery for a Private Collection of Modern Art in Munich (1992), stands at the beginning of a series of internationally acclaimed museum buildings such as the Küppersmühle Museum for the Grothe Collection in Duisburg, Germany (1999). Their most recognized buildings include Prada Aoyama in Tokyo, Japan (2003); Allianz Arena in Munich, Germany (2005); the new Cottbus Library for the BTU Cottbus, Germany (2005); the National Stadium Beijing, the Main Stadium for the 2008 Olympic Games in Beijing, China; VitraHaus, a building to present Vitra’s “Home Collection“, Weil am Rhein, Germany (2010); and 1111 Lincoln Road, a multi-storey mixed-use structure for parking, retail, a restaurant and a private residence in Miami Beach, Florida, USA (2010), the Actelion Business Center in Allschwil/Basel, Switzerland (2010). In recent years, Herzog & de Meuron have also completed projects such as the New Hall for Messe Basel Switzerland (2013), the Ricola Kräuterzentrum in Laufen (2014), which is the seventh building in a series of collaborations with Ricola, with whom Herzog & de Meuron began to work in the 1980s; and the Naturbad Riehen (2014), a public natural swimming pool. In April 2014, the practice completed its first project in Brazil: the Arena do Morro in the neighbourhood of Mãe Luiza, Natal, is the pioneering project within the wider urban proposal “A Vision for Mãe Luiza”.

Herzog & de Meuron have completed 6 projects since the beginning of 2015: a new mountain station including a restaurant on top of the Chäserrugg (2262 metres above sea level) in Toggenburg, Switzerland; Helsinki Dreispitz, a residential development and archive in Münchenstein/Basel, Switzerland; Asklepios 8 – an office building on the Novartis Campus in Basel, Switzerland; the Slow Food Pavilion for Expo 2015 in Milan, Italy; the new Bordeaux stadium, a 42’000 seat multifunctional stadium for Bordeaux, France; Miu Miu Aoyama, a 720 m² boutique for the Prada-owned brand located on Miyuki Street, across the road from Prada Aoyama, Tokyo, Japan.

In many projects the architects have worked together with artists, an eminent example of that practice being the collaboration with Rémy Zaugg, Thomas Ruff and with Michael Craig-Martin.

Professionally, the Herzog & de Meuron partnership has grown to become an office with over 120 people worldwide. In addition to their headquarters in Basel, they have offices in London, Munich and San Francisco. Herzog has explained, “We work in teams, but the teams are not permanent. We rearrange them as new projects begin. All of the work results from discussions between Pierre and me, as well as our other partners, Harry Gugger and Christine Binswanger. The work by various teams may involve many different talents to achieve the best results which is a final product called architecture by Herzog & de Meuron.” 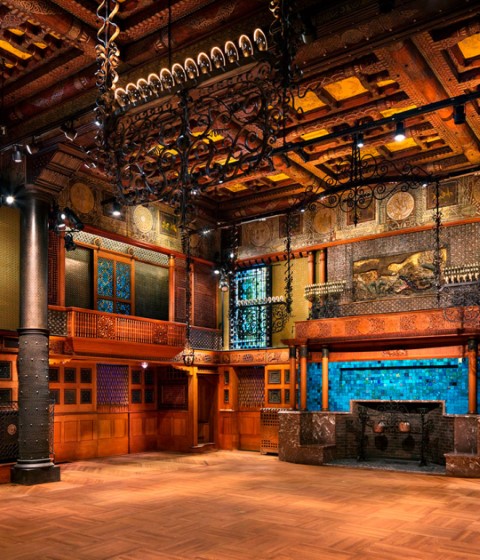 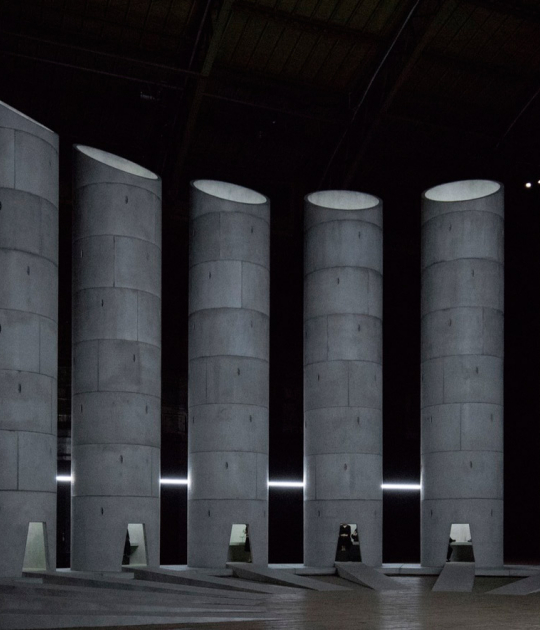 An Occupation of Loss, by OMA NY and Taryn Simon for Park Avenue Armory 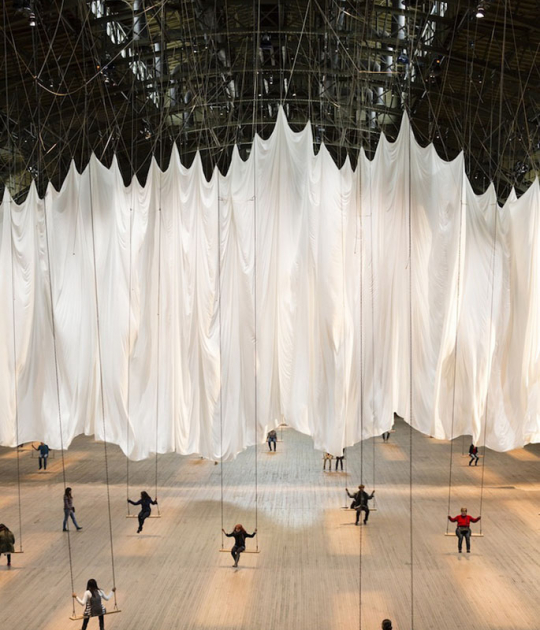 The sheer magic of Ann Hamilton 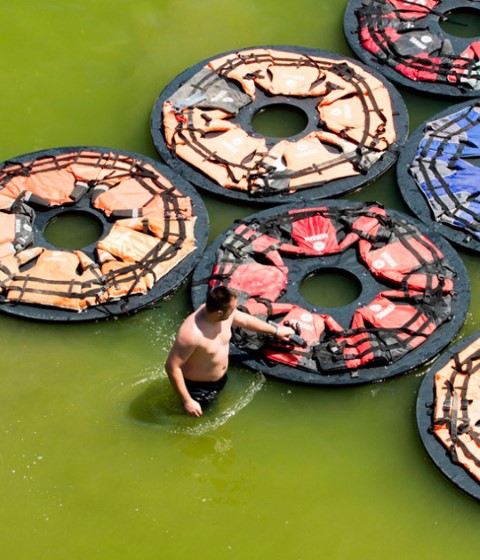