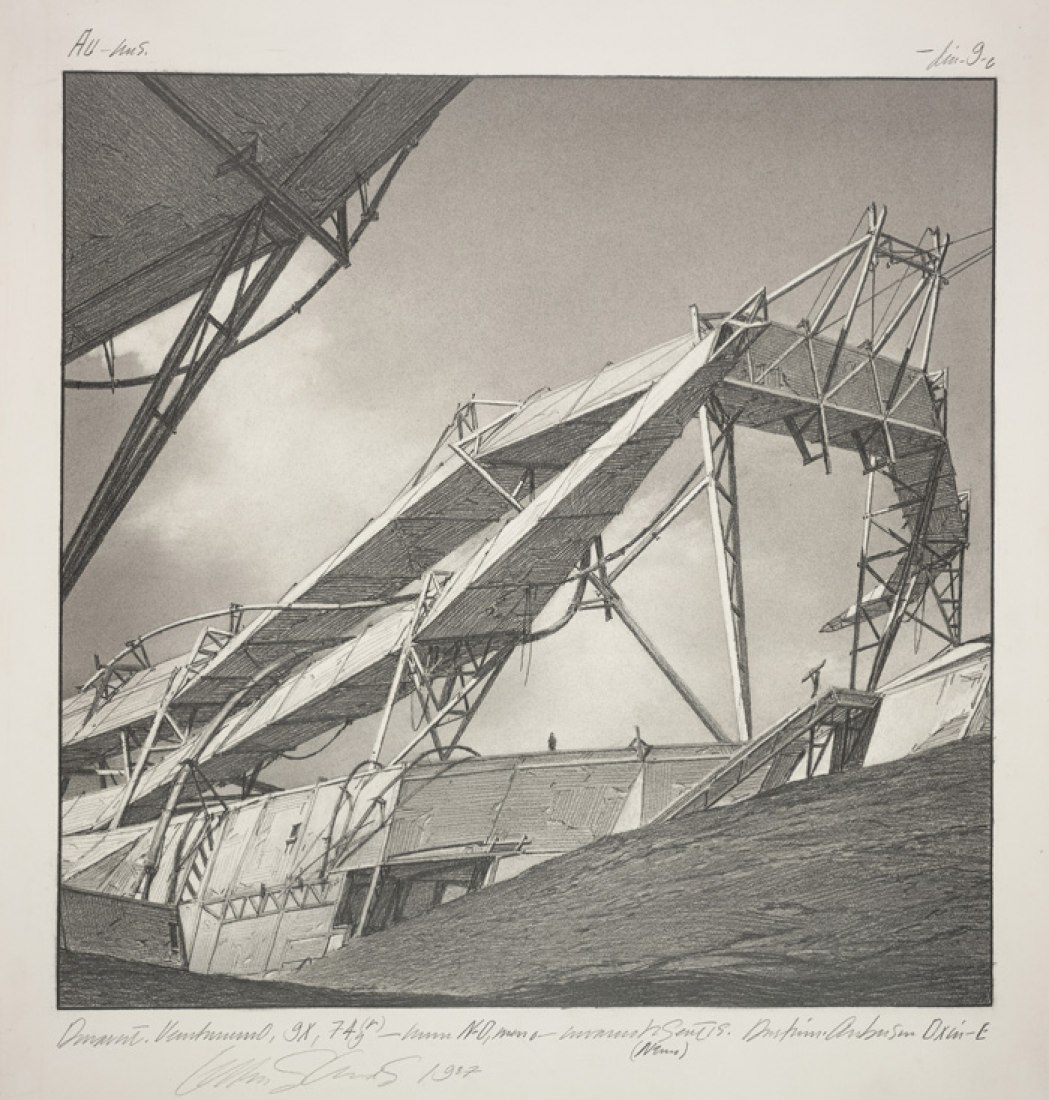 Lebbeus Woods, Unified Urban Field, from the series Centricity [no. 37], 1987; graphite on paper; 24 in. x 23 in. (60.96 cm x 58.42 cm); Collection SFMOMA, purchase through a gift of Ned and Catherine Topham and the Accessions Committee Fund; © Estate of Lebbeus Woods. San Francisco Museum of Modern Art. 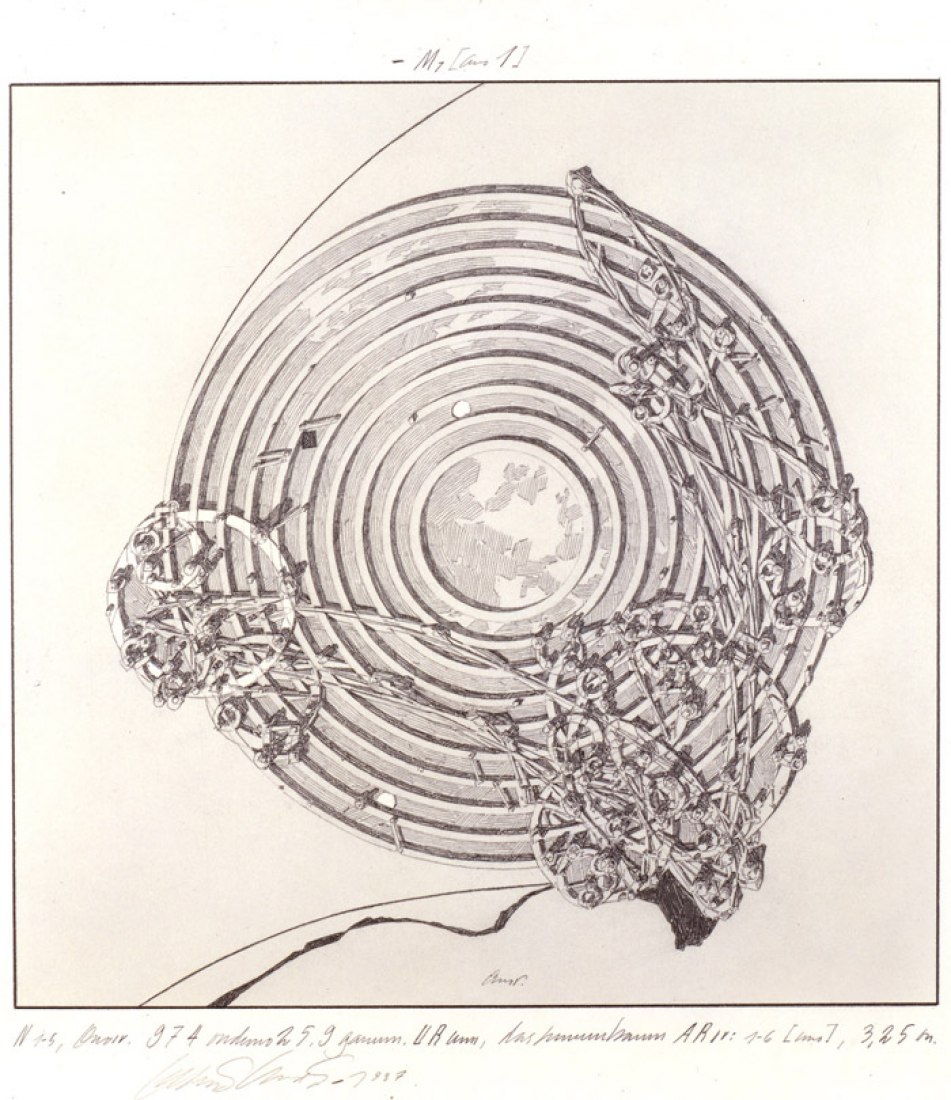 Lebbeus Woods, Concentric Field, from the series Centricity, 1987; graphite on paper; 23 in. x 24 in. (58.42 cm x 60.96 cm); Collection SFMOMA, purchase through a gift of the Members of the Architecture + Design Forum, SFMOMA Architecture and Design Accessions Committee, and the architecture and design community in honor of Aaron Betsky, Curator of Architecture, Design and Digital Projects, 1995–2001; © Estate of Lebbeus Woods. 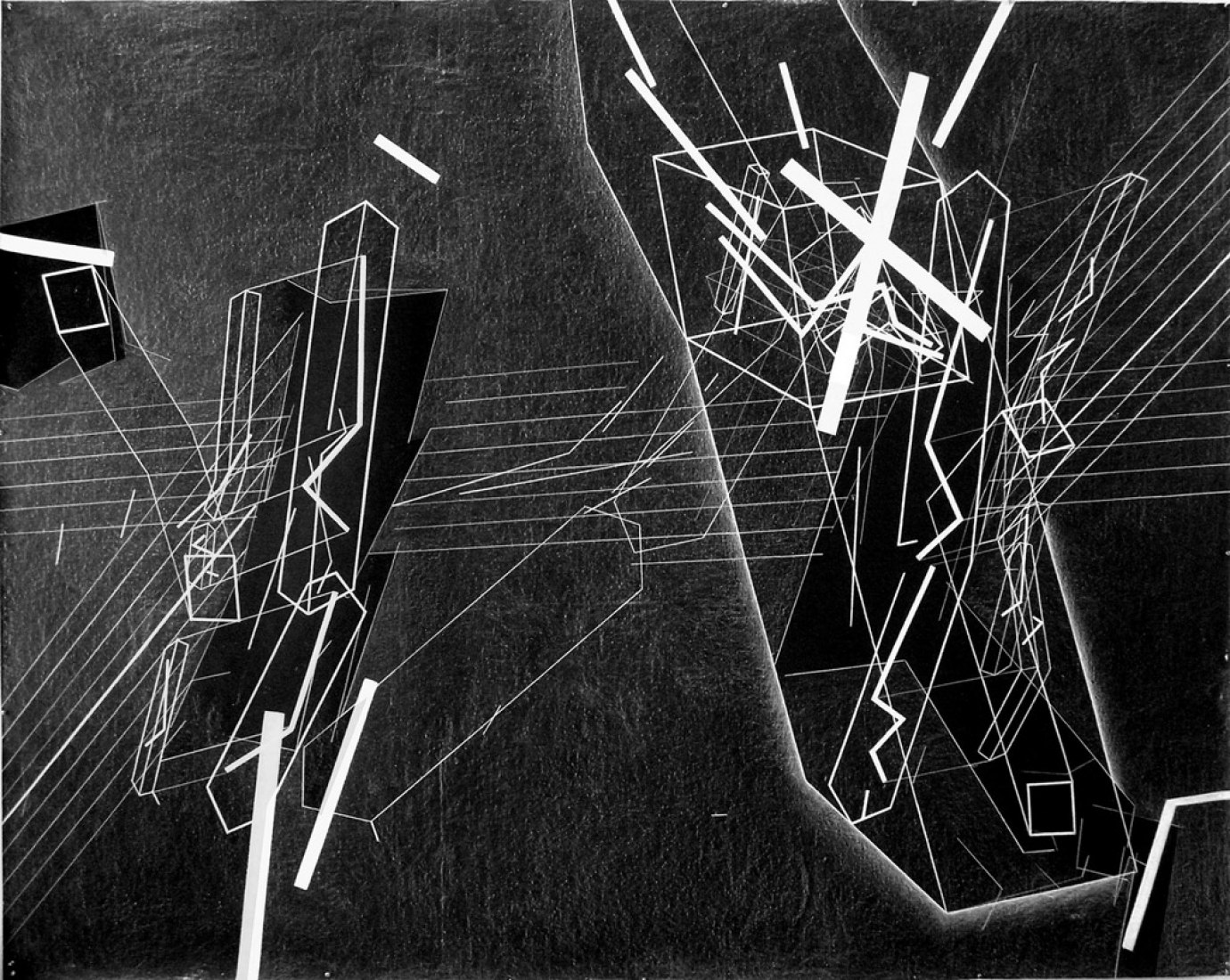 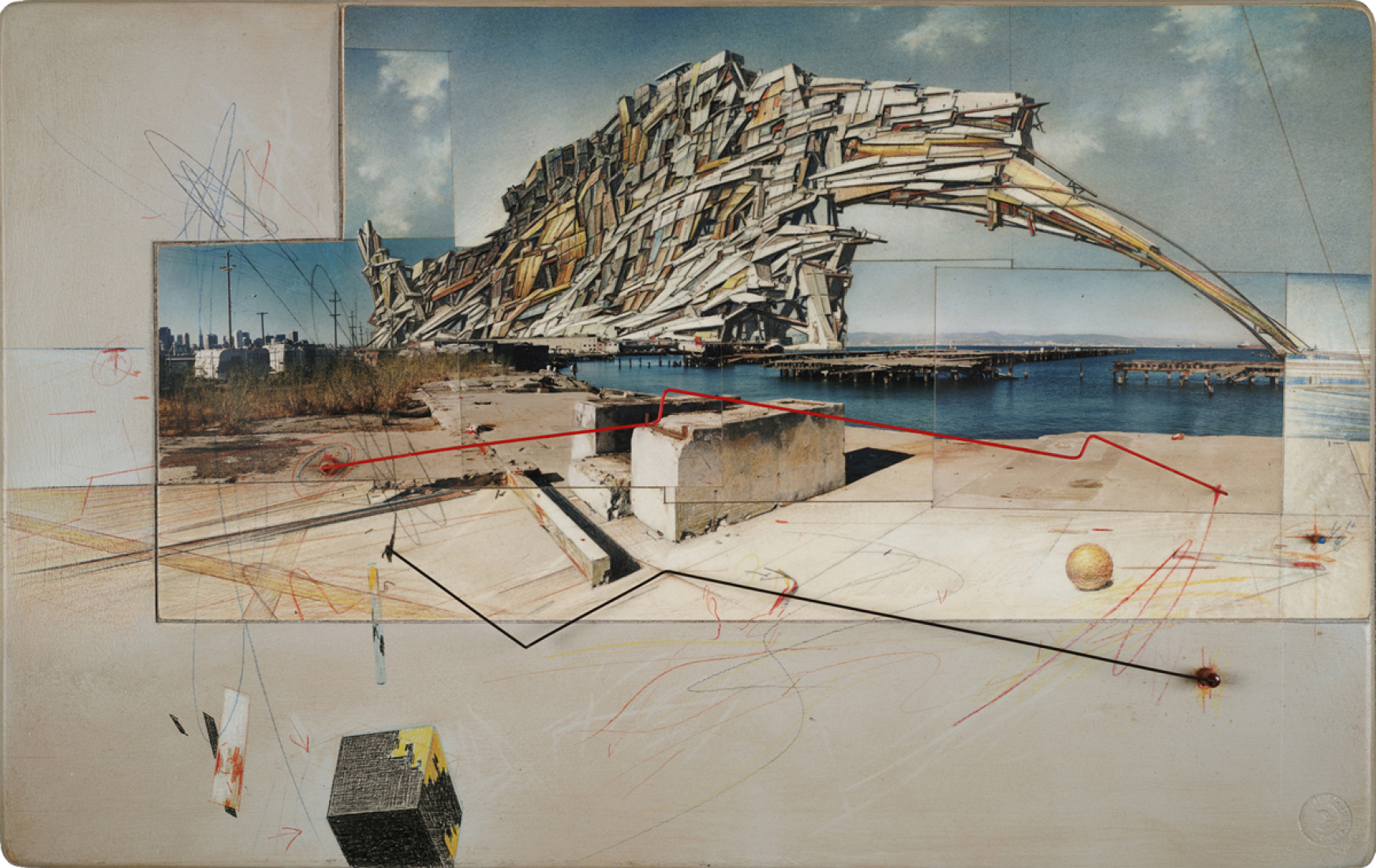 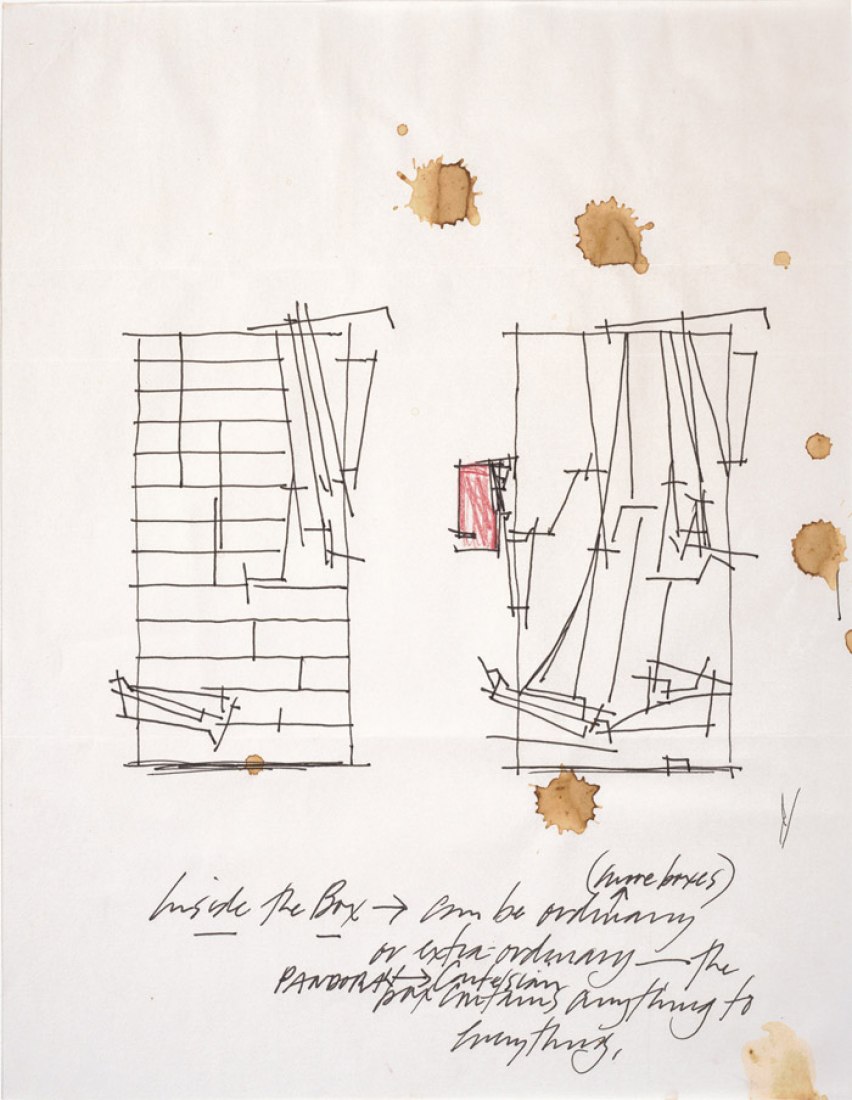 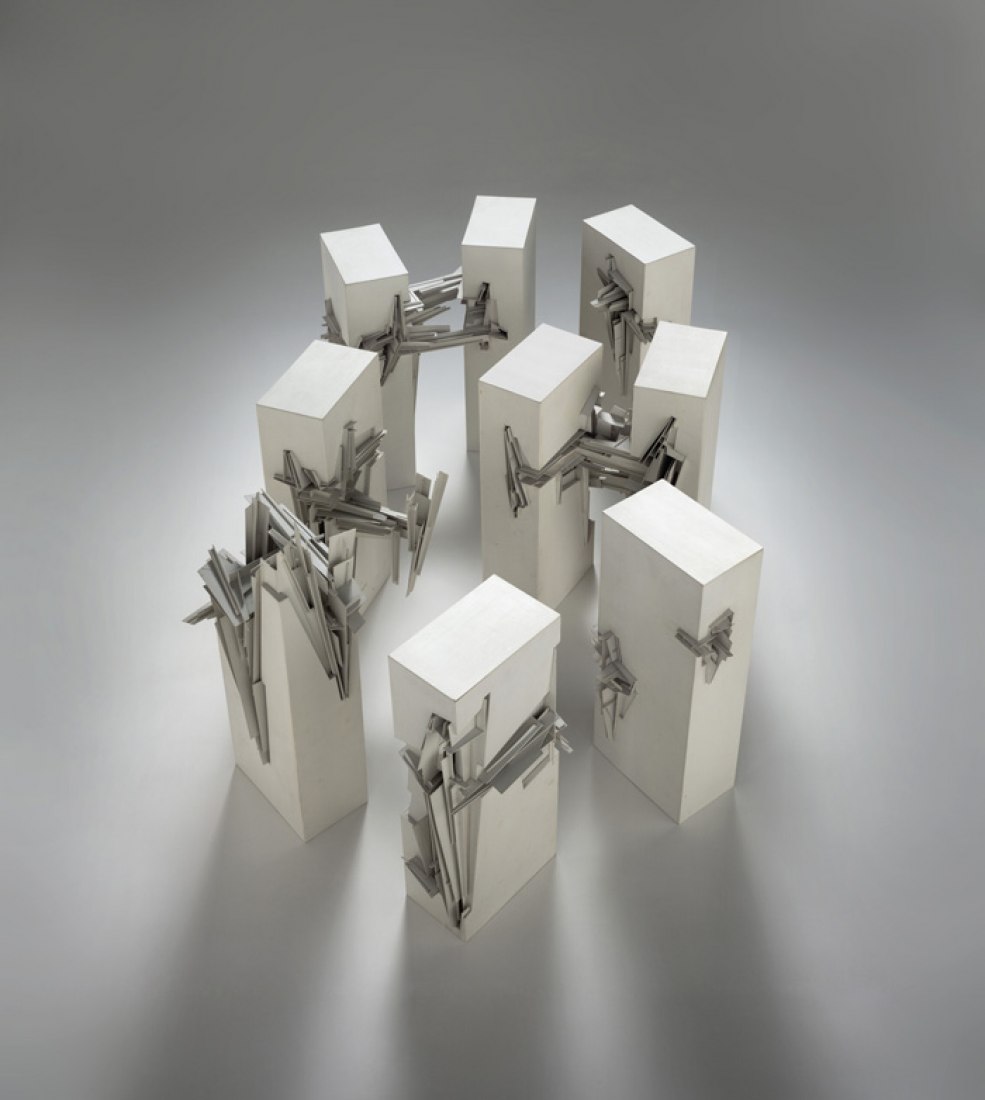 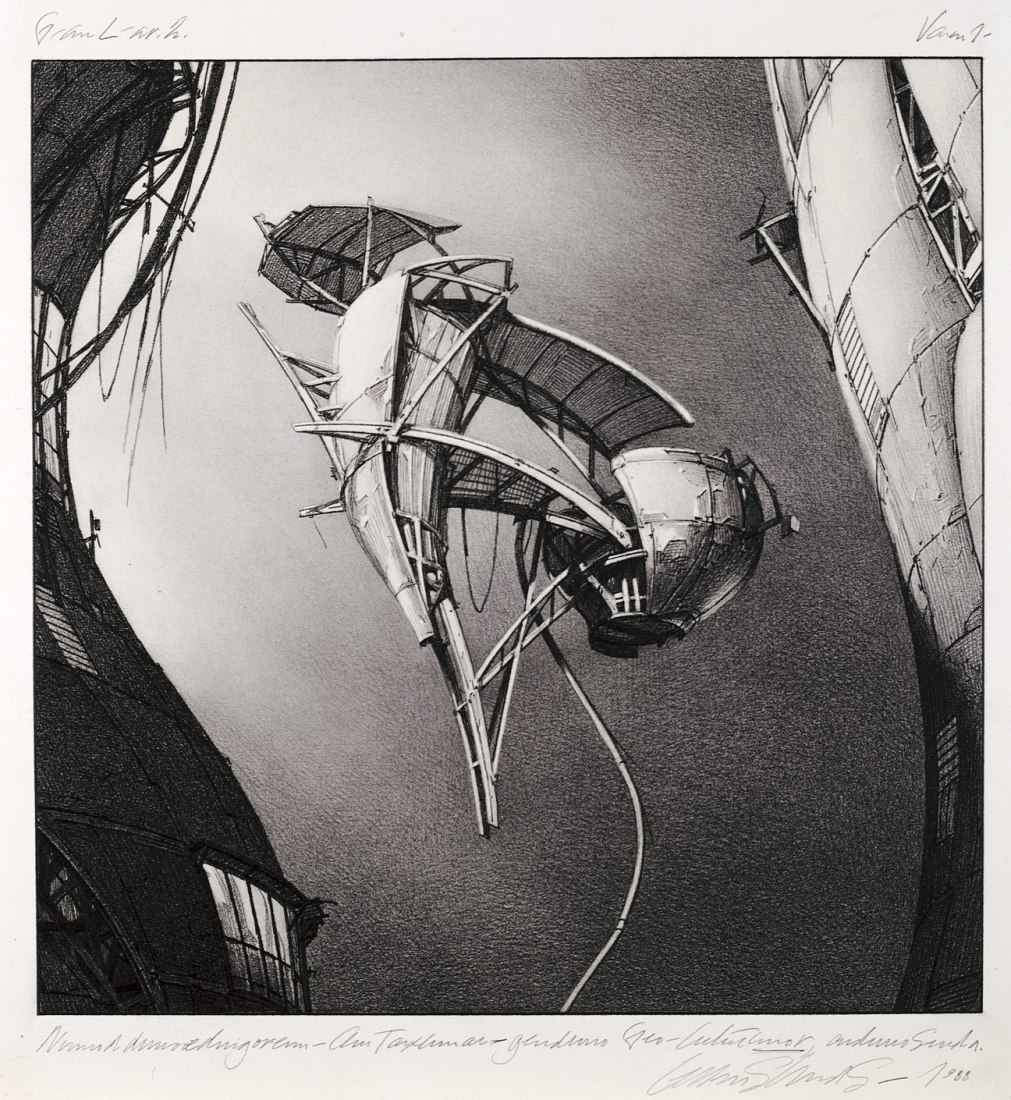 From February 16 through June 2, 2013, the San Francisco Museum of Modern Art (SFMoMA) presents "Lebbeus Woods, Architect," bringing together 175 works from the past 35 years by one of the most influential architects working in the field. Recognized beyond architecture, Lebbeus Woods (1940–2012) has been hailed by leading designers, filmmakers, writers, and artists alike as a significant voice in recent decades. His works resonate across many architects, designers, filmmakers, writers and artists, for their conceptual potency, imaginative breadth, jarring poetry, and ethical depth. The exhibition features drawings and models from SFMOMA's collection, and  will celebrate his untimely death late last year.

Woods worked cyclically, returning often to themes of architecture's ability to transform, resist, and free the collective and the individual. As an architect whose work lies almost solely in the realm of the imagined, proposed, and the unbuilt, his contributions to the field opened up new avenues for exploring, charting, and inscribing space. Lebbeus Woods, Architect provides a thematic, rather than chronological, framework for understanding the experimental and timeless nature of Woods's work.

"As the museum embarks on its own physical transformation, the exhibition marks an opportunity to consider the meaning and implication of such a shift," says Dunlop Fletcher. "There could not be a more fitting body of work to present at this moment."

As a collector of Woods's work since the mid-1990s, SFMOMA has assembled the most in-depth institutional collection of his work to date. These works have become the crux of the museum's architecture and design collection, which is revered for its holdings of experimental, conceptual, and visionary designs. In addition to a selection of SFMOMA's works, Lebbeus Woods, Architect will include national and international loans from the Getty Research Institute; Museum of Modern Art, New York; and MAK Vienna, along with private collections.

Acknowledging the parallels between society's physical and psychological constructions, Woods created a career-long narrative of how these constructions transform our being. Working mostly, but not exclusively, with pencil on paper, Woods created an oeuvre of complex worlds—at times abstract and at times explicit—that present shifts, cycles, and repetitions within the built environment. His timeless architecture is not in a particular style or in response to a singular moment in the field; rather, it offers an opportunity to consider how built forms can enhance or hinder individual thought and how a single individual can contribute to the development and mutation of the built world.

In 2011, Woods wrote: "In my work, architecture is meant to embody an ideal of thought and action, informed by comprehensive knowledge of the physical world." The exhibition will explore Woods's evolutionary thinking through the recurring themes in his projects, including the political, ethical, social, and spatial implications of built forms. Many of Woods's projects addressed cities damaged by war, such as Zagreb and Sarajevo, or damaged by nature, as in the San Francisco earthquake drawings. Additional works considered political divisions of space, like in Havana, Berlin, or Jerusalem.

Woods also explored alternative architectures, which could complement and provoke existing tropes, as seen in Nine Reconstructed Boxes (1999) and High Houses (1996), both in SFMOMA's collection. And possibly further afield, Woods suggested entirely new approaches to organizing space, as seen in his Centricity (1987–88) and Conflict Space (2006) series.

"Perhaps unparalleled in his influence within the architecture discourse, the work of Lebbeus Woods holds a timeless significance that transcends the physical and verges on an architecture of intellect," says Becker. "His legacy will continue to challenge the traditional notion of architecture and provoke the exploration of the vast potentials of the built environment." 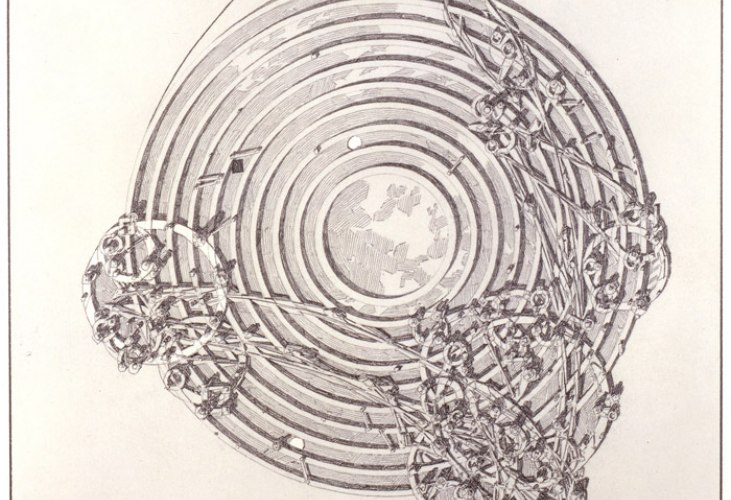 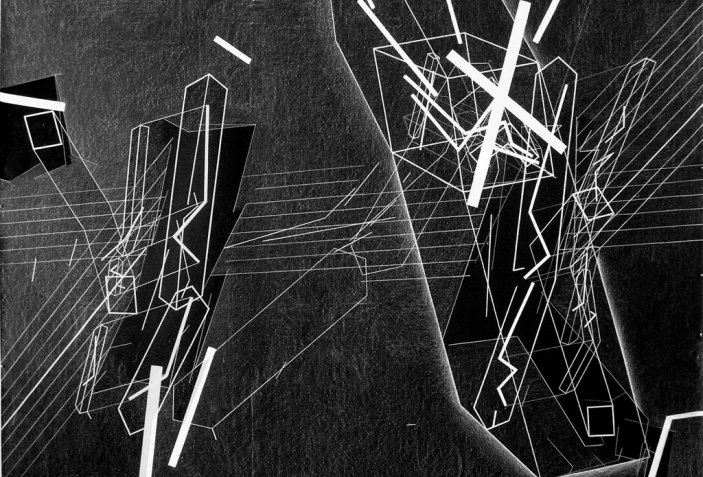 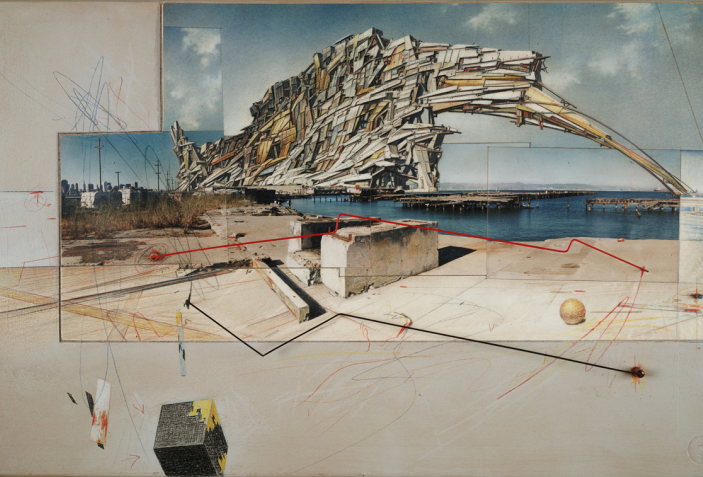 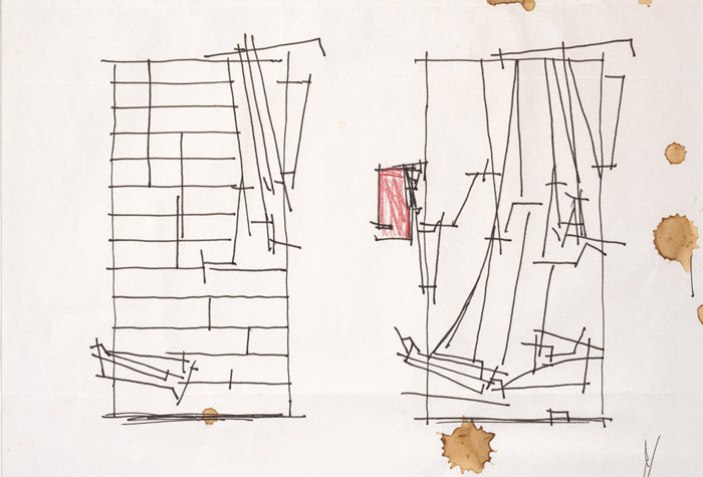 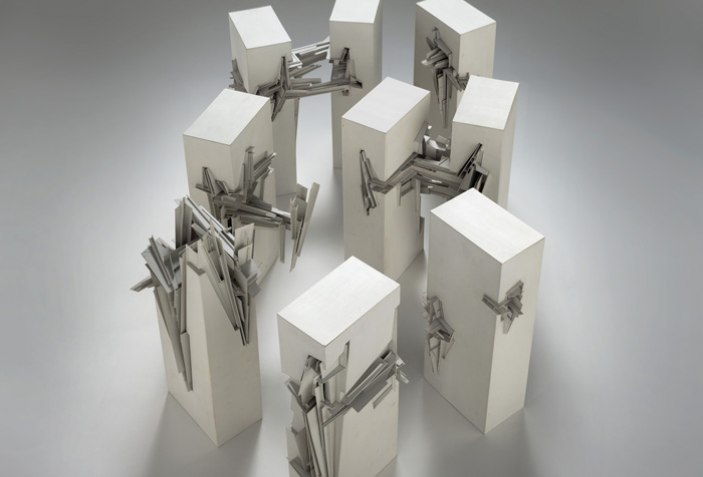 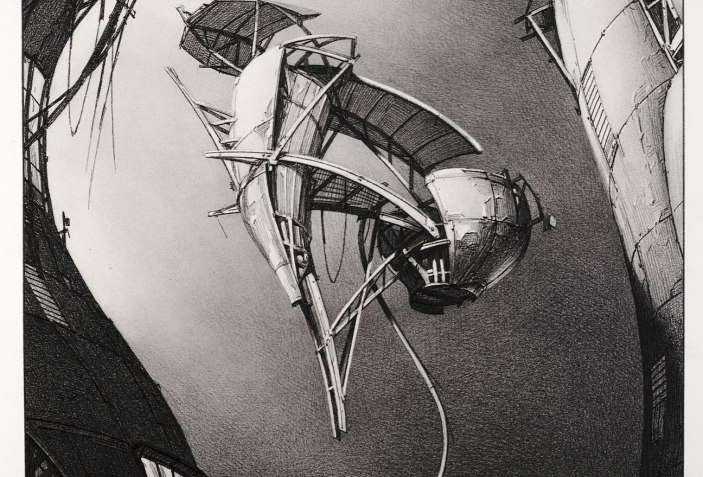 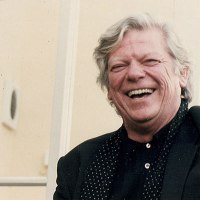 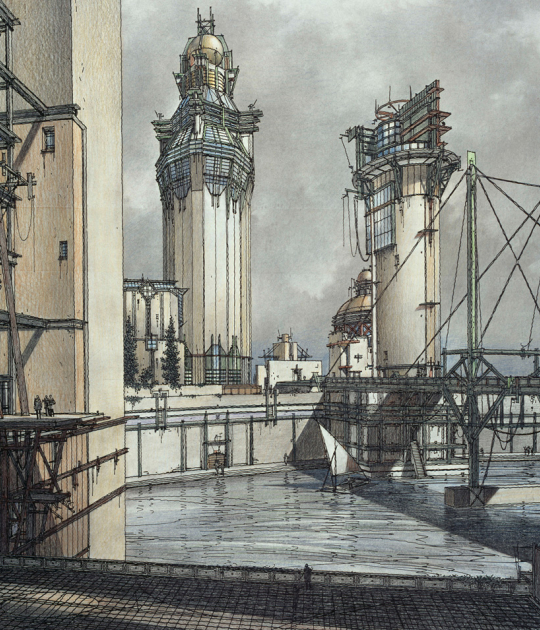 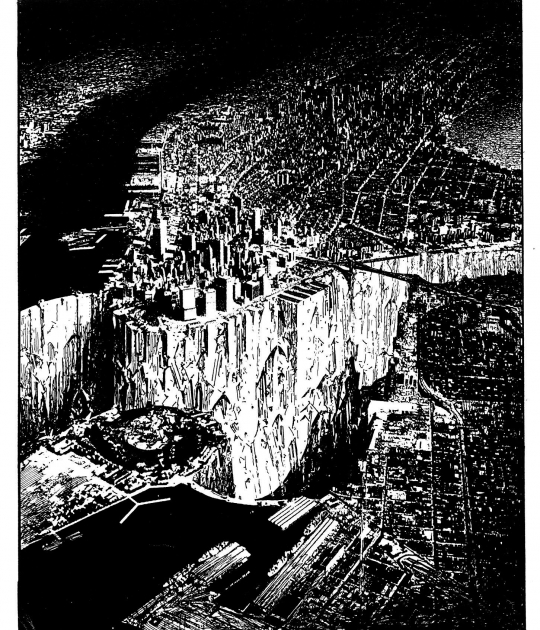 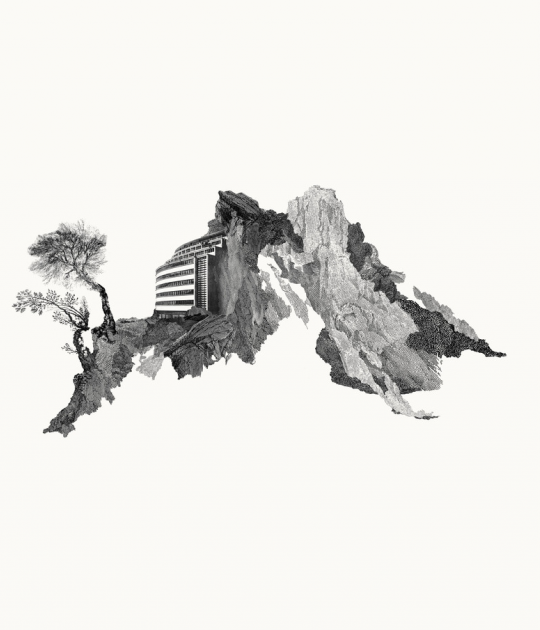 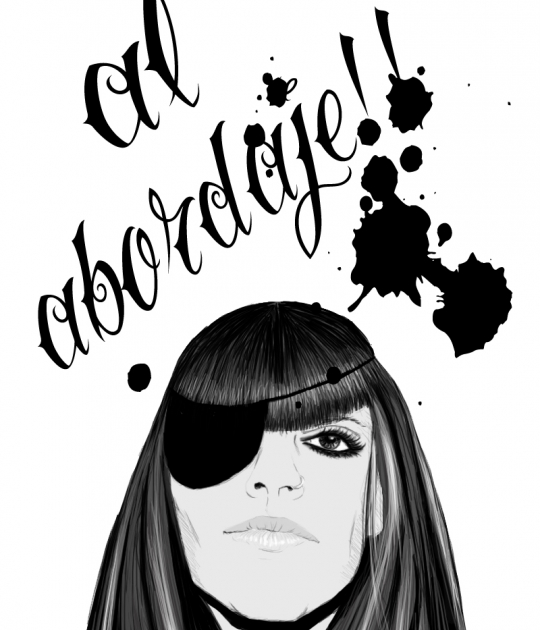 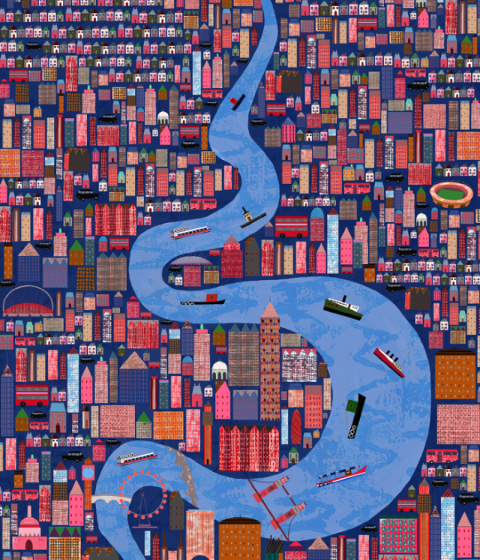