Quartier des Spectacles Partnership announced the two works to be presented for the fifth annual Luminothérapie event, from December 10, 2014 to February 2, 2015. Visitors to The Place des Festivals will be dazzled by a giant kaleidoscope called Prismatica by the Toronto architecture firm RAW Design, the first Luminothérapie competition winners from outside Québec. Meanwhile, the Quartier’s eight video projection sites will be lit up by a digital carnival called Fascinoscope devised by Lüz Studio, a Montréal-based visual design studio. 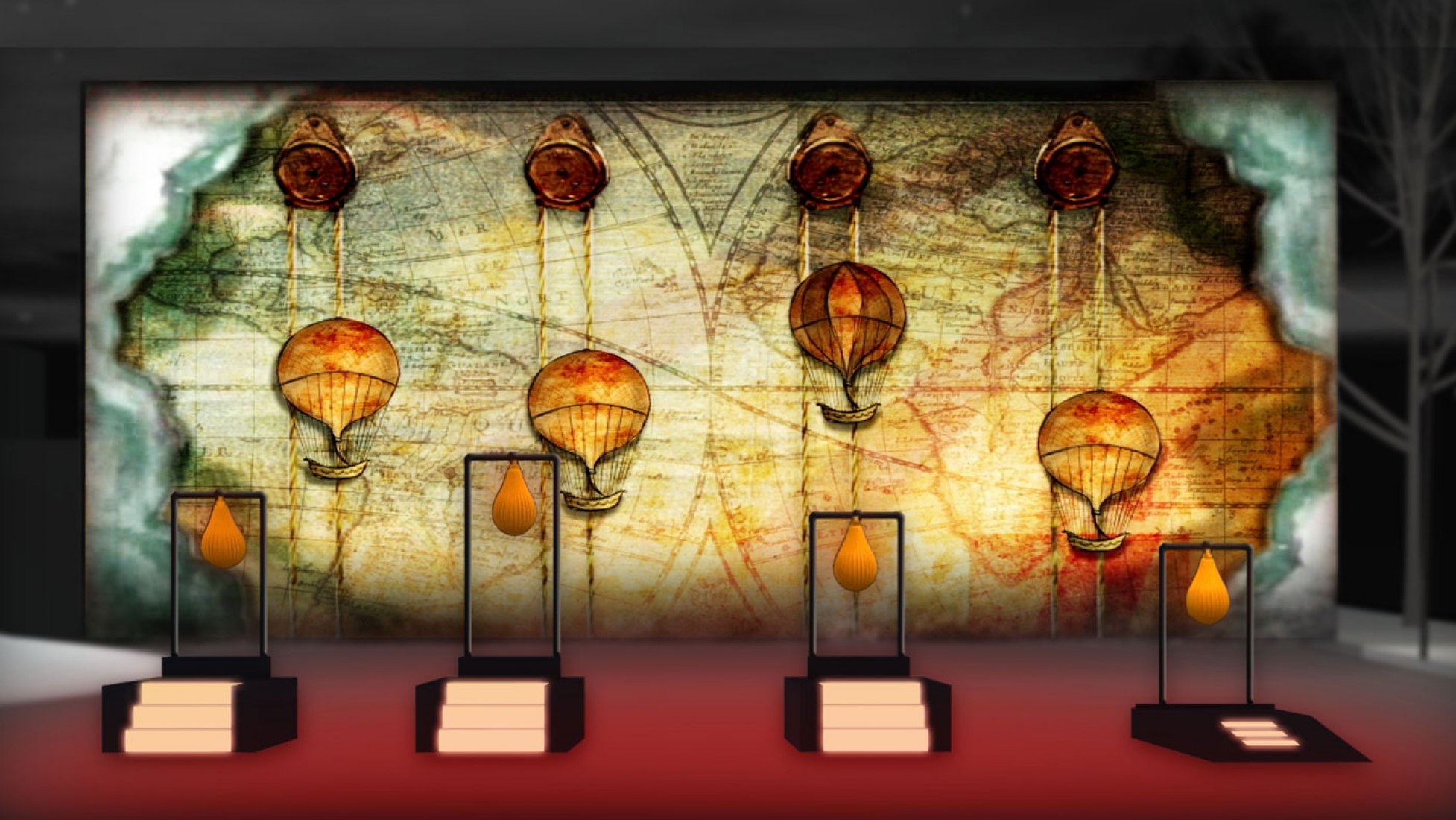 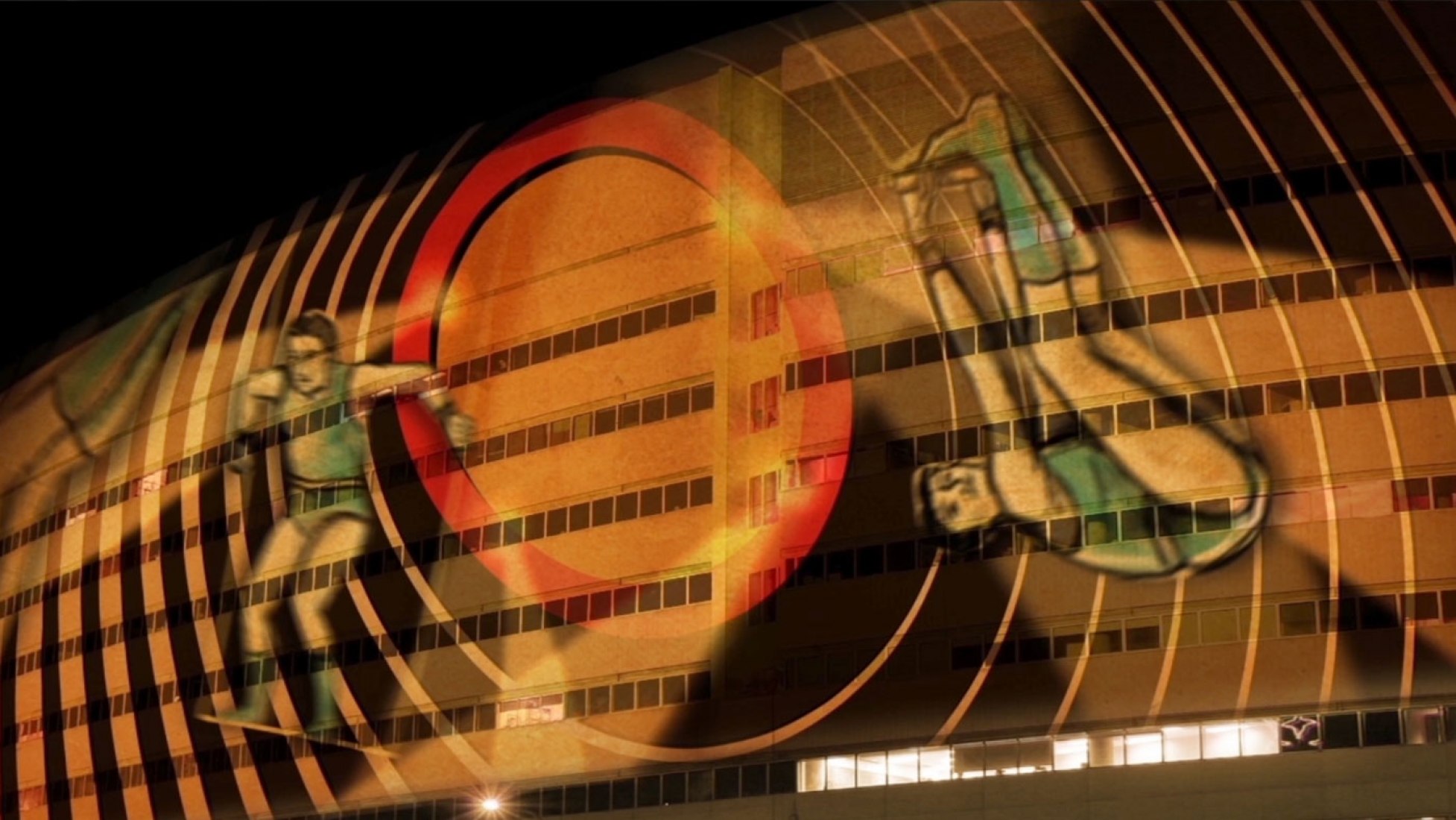 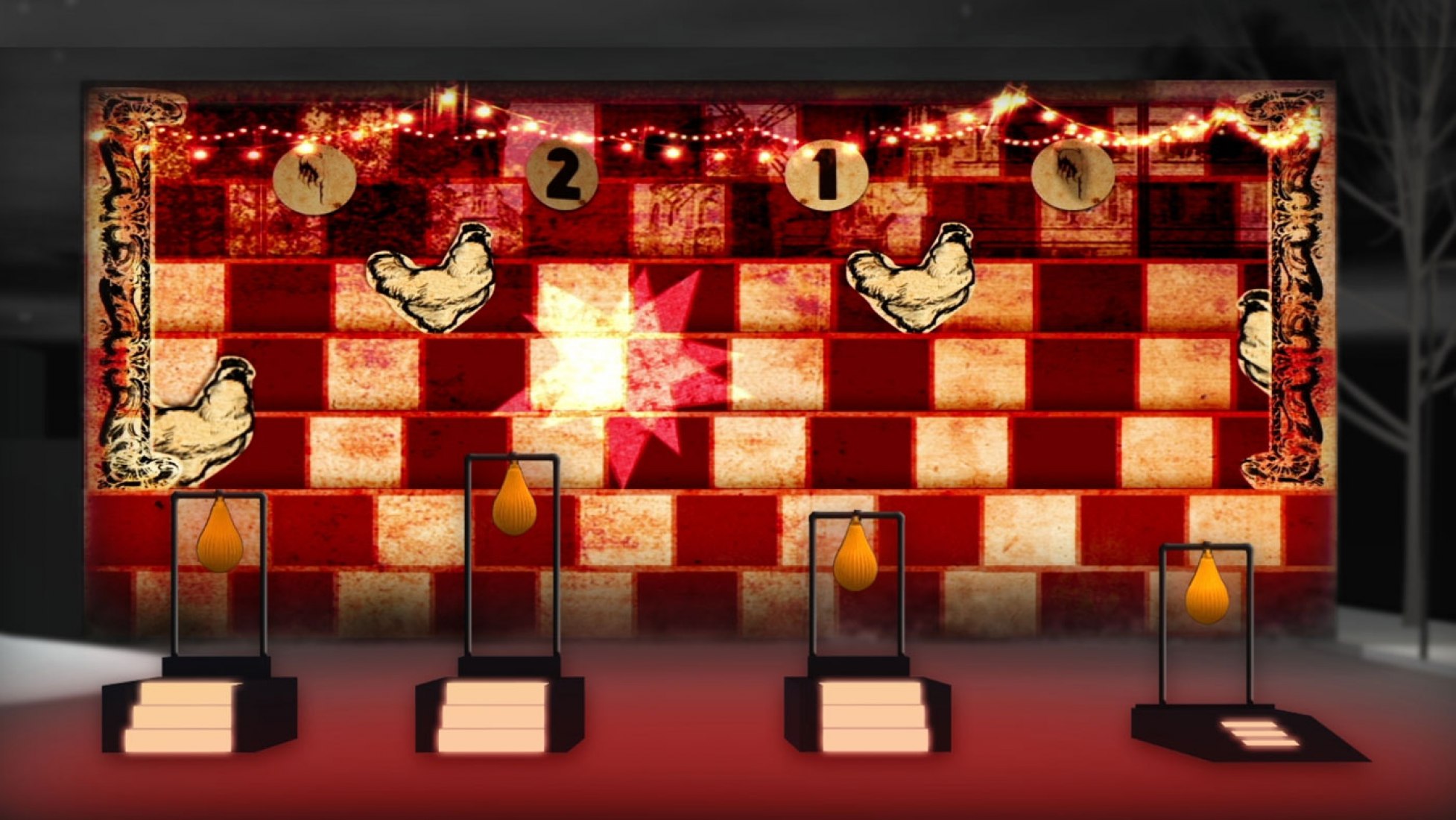 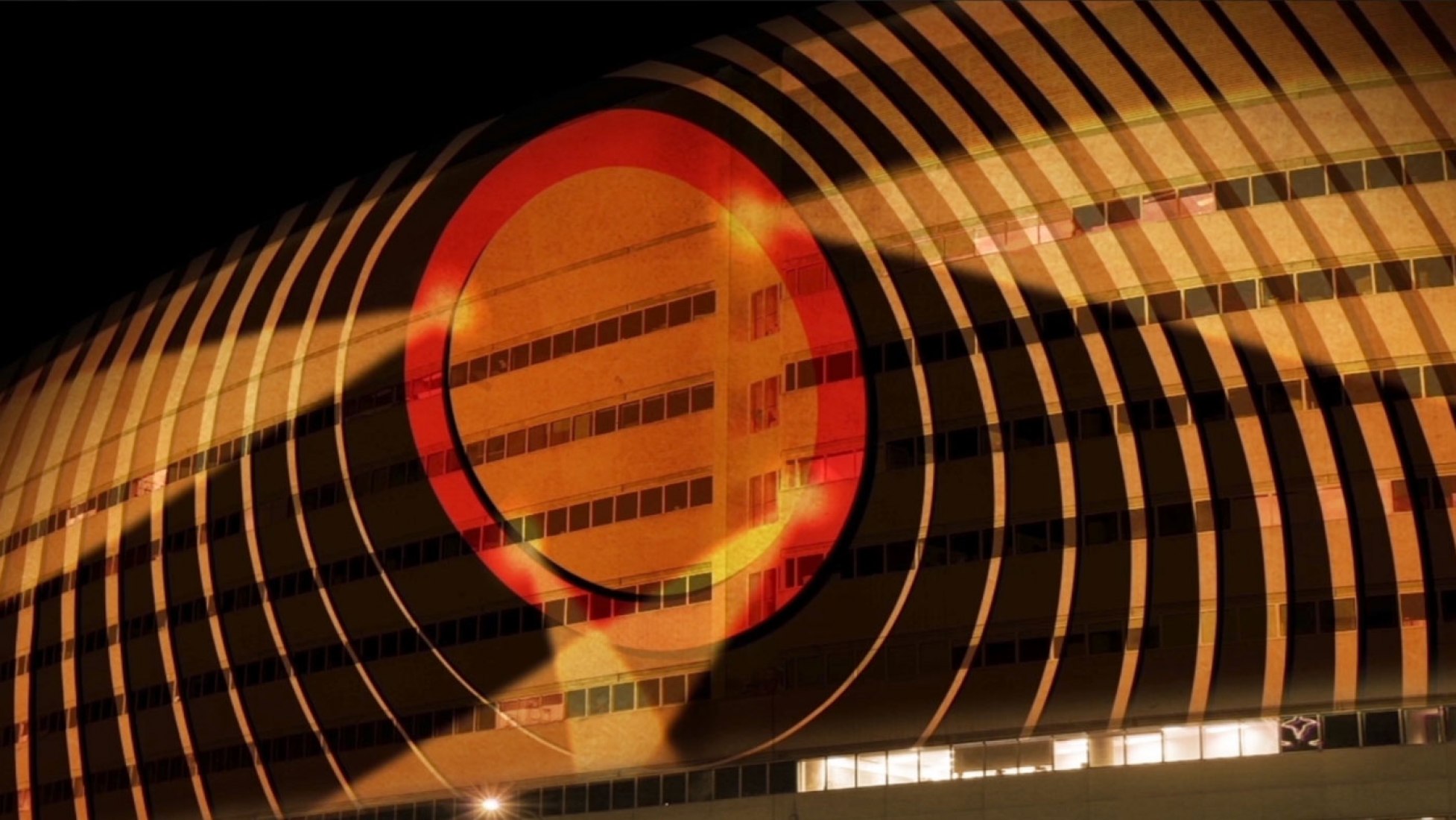 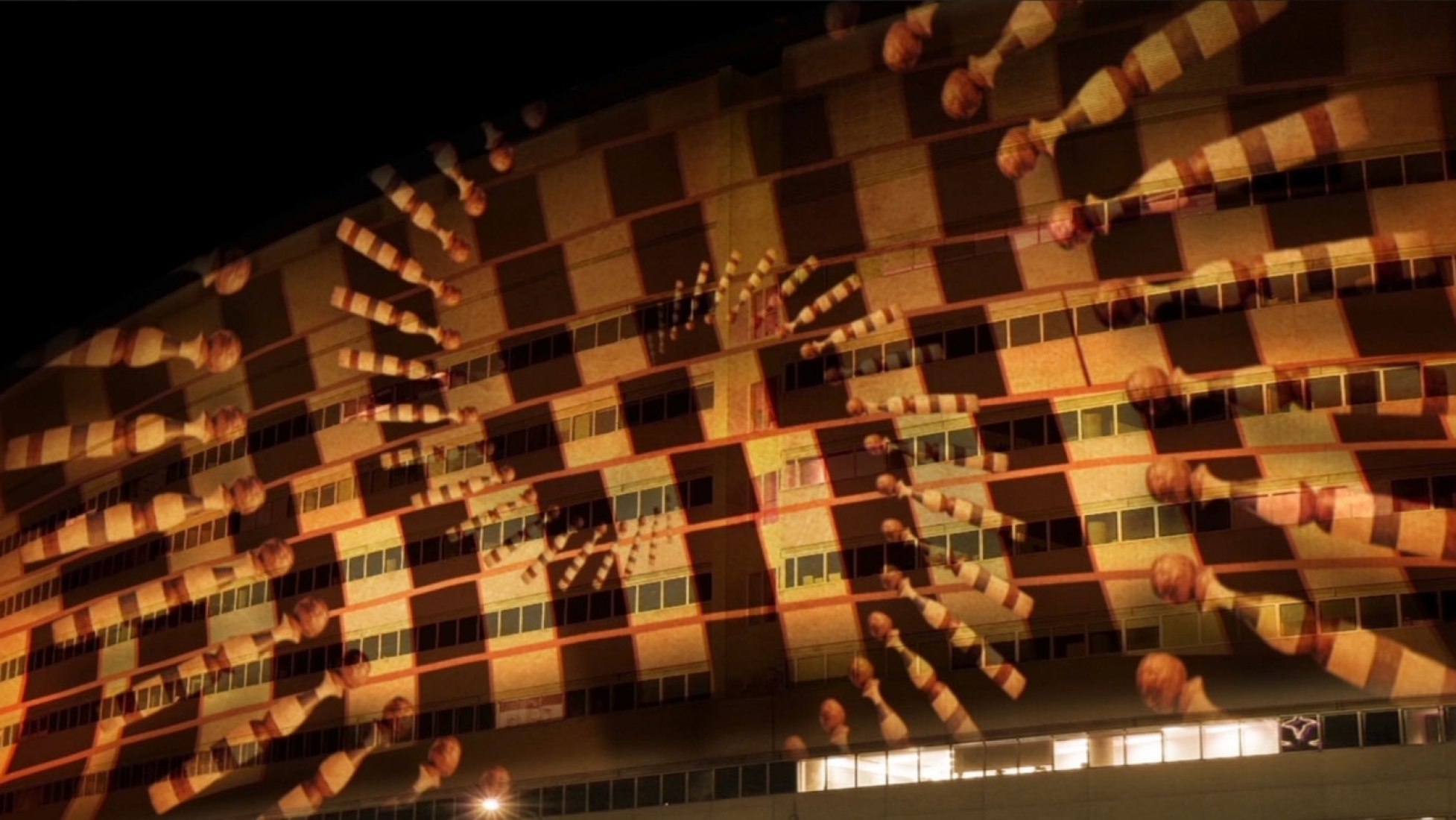 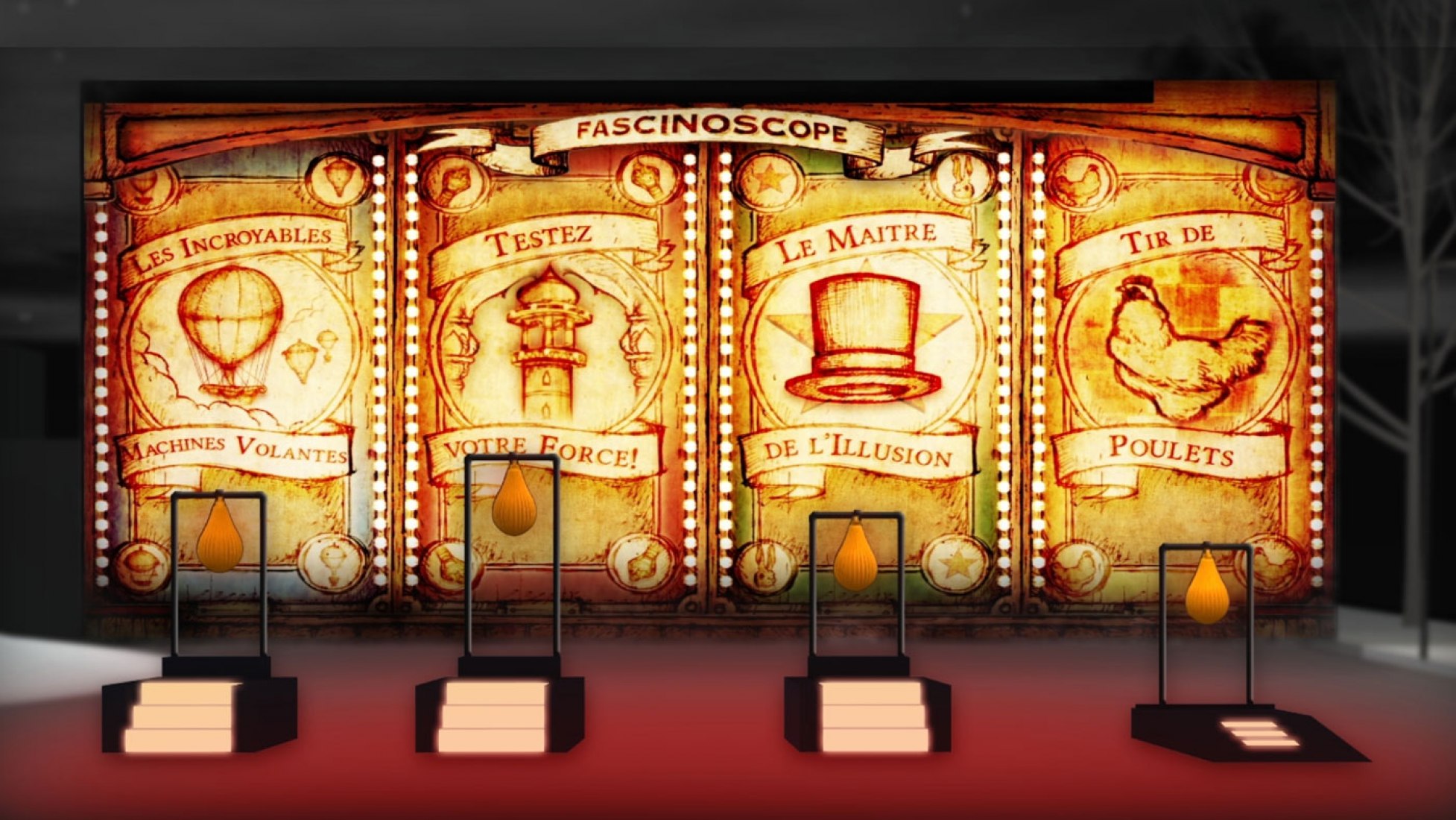 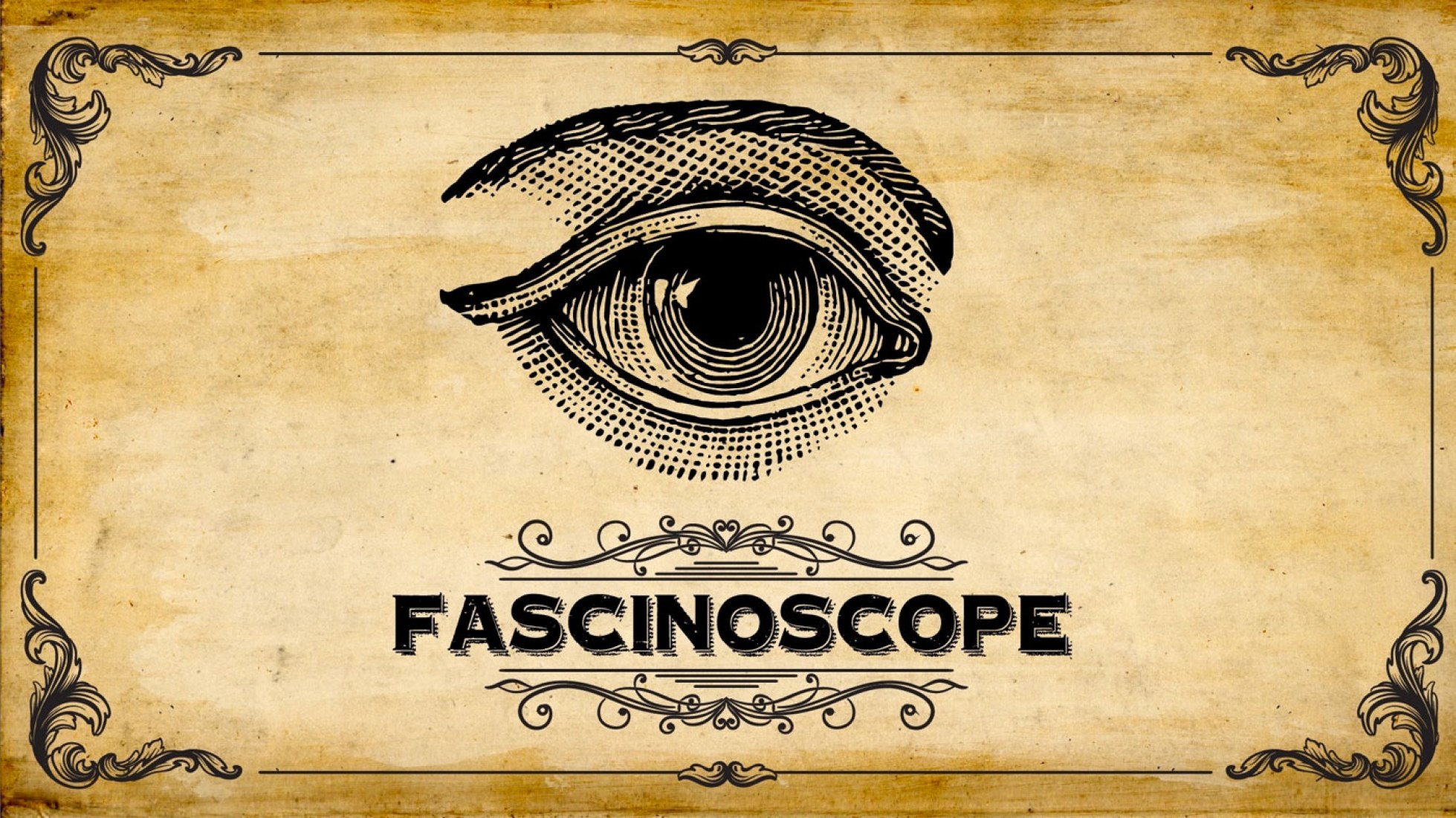 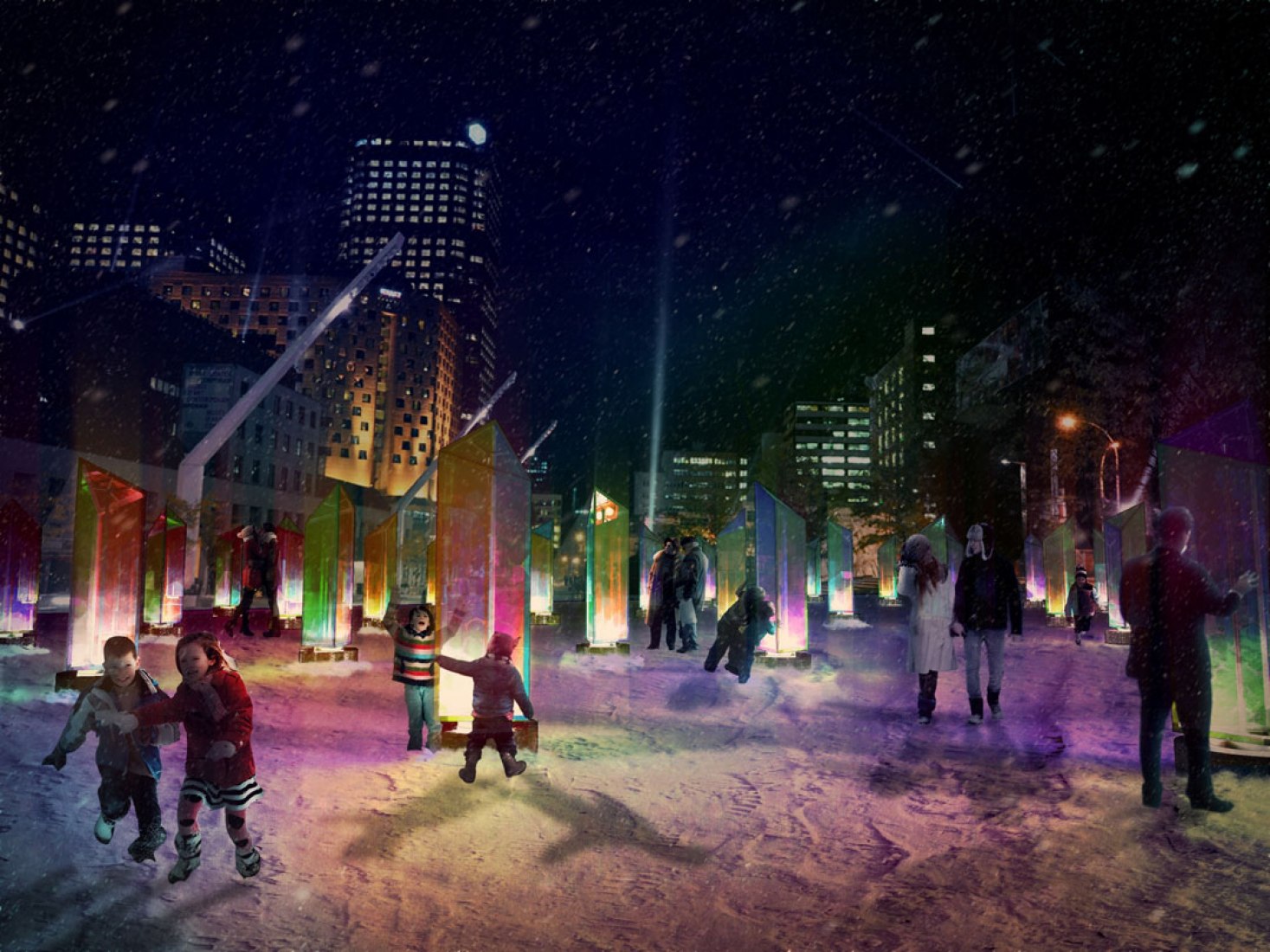 There is also a major new development this year: audience interaction will be taken further than ever with a set-up that will allow the public to play games on the projection surface outside the Saint-Laurent metro station.

This immersive installation, comprised of 50 pivoting prisms will transform the Place des Festivals into a colourful ice palace – a giant kaleidoscope through which visitors can wander and observe the Quartier des Spectacles through a new lens. Glimmering under natural light by  day or by atmospheric lighting by night, the prisms will create overlapping transparencies, patterns and reflections on their surroundings. Visitors will be able to interact with the installation by turning the giant prisms, causing mesmerizing transformations of countless colours.

The prisms, measuring two metres tall, are made of polycarbonate panels laminated with a dichroic film that transmits and reflects every colour of the visible spectrum, varying with the position of the light source and the observer. The prisms will be mounted on bases that contain light projectors and speakers. As they pivot, they will create polychromatic effects accompanied by an ambient soundtrack. Through the  interplay of these various sources of light and sound, magic will emerge.

RAW Design is a Toronto-based architectural firm that works on a wide variety of scales and project types. From community greenhouses tolarge  residential developments, not to mention outdoor interactive installations, its team of 30 architects and designers takes a collaborative, multidisciplinary approach. For Prismatica, the firm assembled a team of professionals from several fields (applied science, technology, art  and architecture).

More information about part one, including the finalists’ proposals here.

PART 2: Design and production of architectural video projections for EIGHT building façades in THE Quartier des Spectacles, including one interactive production

Fascinoscope will immerse us in the captivating atmosphere of an early 20th century carnival, remixed for the digital age. Starting at  nightfall, eight building façades in the Quartier will come alive with the sights and sounds of a carnival and its attractions, with a unique atmosphere at each of the sites.

The work’s heart is the space outside Saint-Laurent metro station, which will be transformed into an arcade with four interactive games  inspired by carnival classics (see descriptions below). For game controls there will be four pear balls fitted with sensors that will measure the balls’ rotation and speed. By hitting the balls, players will interact with the video projection, earn points and try to win the game.

The carnival theme will be seen throughout the Quartier on seven sets of building façades, where fantastical scenes and optical illusions will be displayed. Each projection will be accompanied by an original soundtrack performed on a mechanical organ, electric bass and drums.

More information about part two, including the finalists’ proposals here.

Luminothérapie is Québec’s largest competition for temporary installations. Organized in two parts, its purpose is to present an original,  interactive wintertime experience for visitors to the Quartier des Spectacles, and to stimulate creativity in urban installations and digital  art. It is the only time of year when all video projection sites in the Quartier feature the work of a single creator. This year, there were 45  proposals for the section aimed at showcasing and enlivening Places des Festivals. There were ten proposals for the section focusing on the  design and production of video projections for eight building façades in the Quartier des Spectacles, including one interactive production. 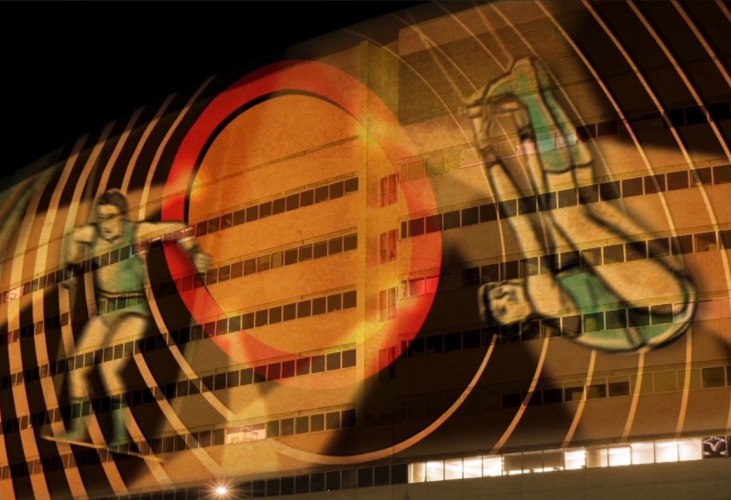 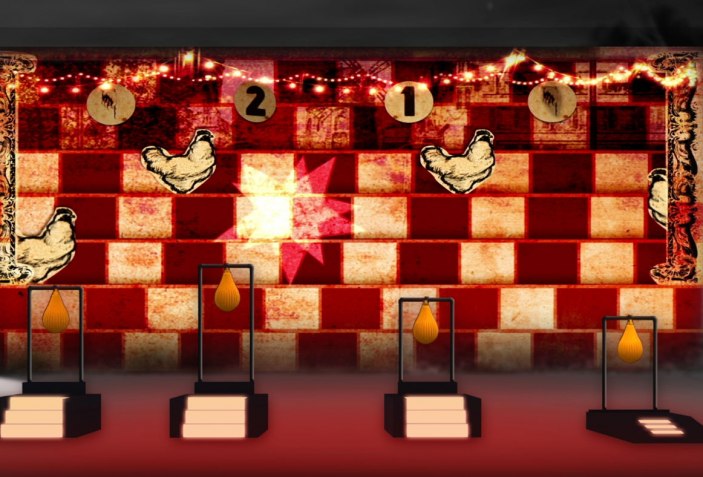 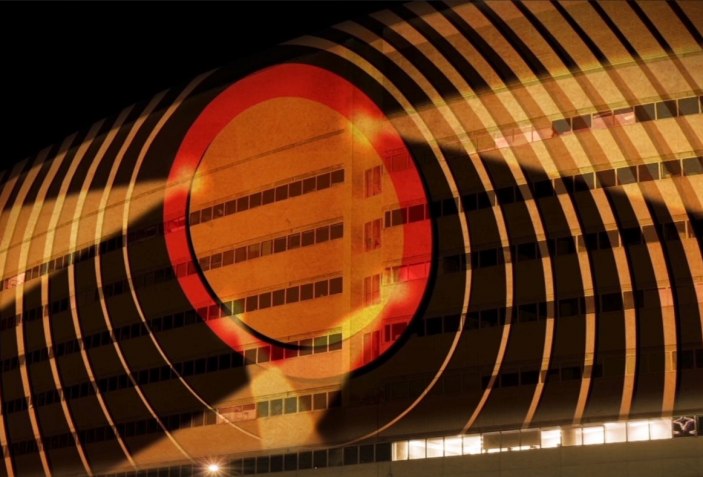 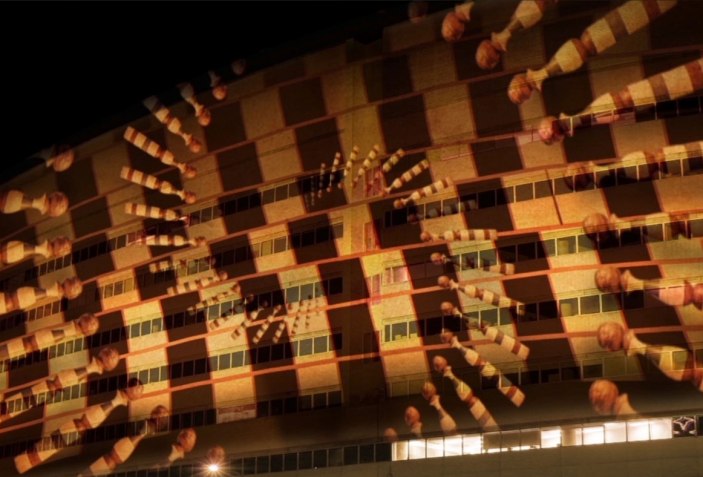 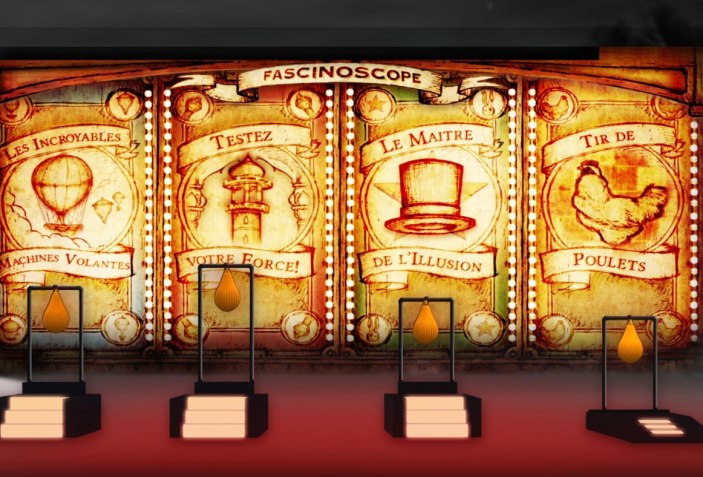 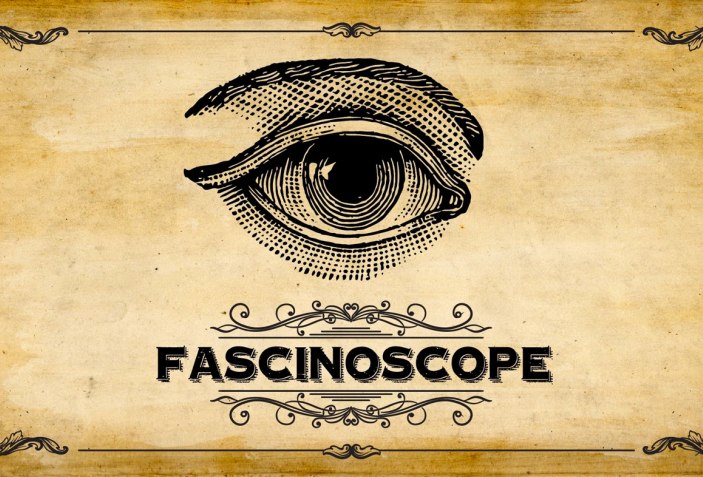 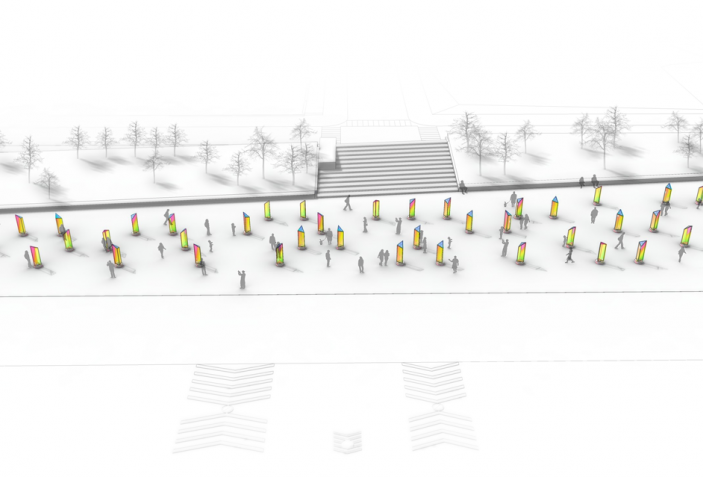 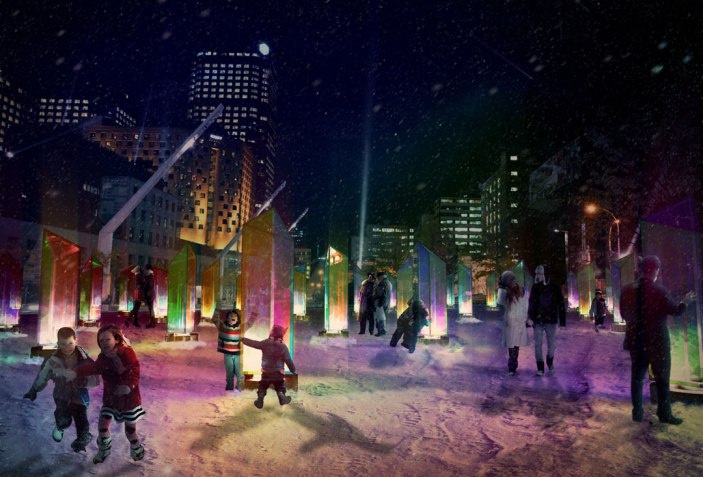 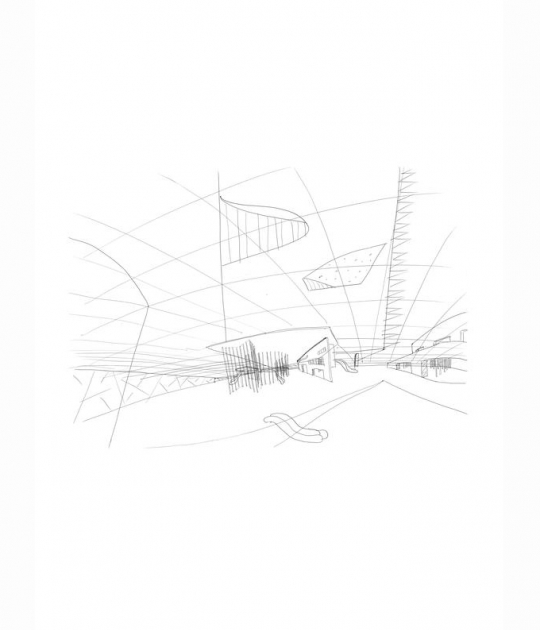 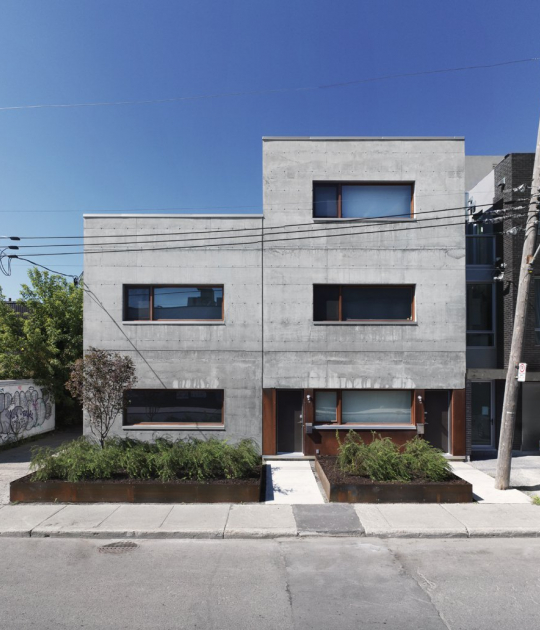 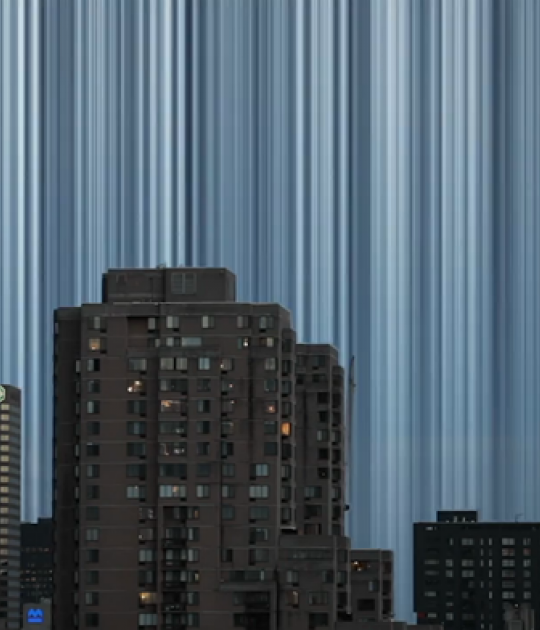