Designed and built by the office of Oyler Wu Collaborative along with students of the Southern California Institute of Architecture, Stormcloud is the third project in a series of installations designed for SCI-ARC. 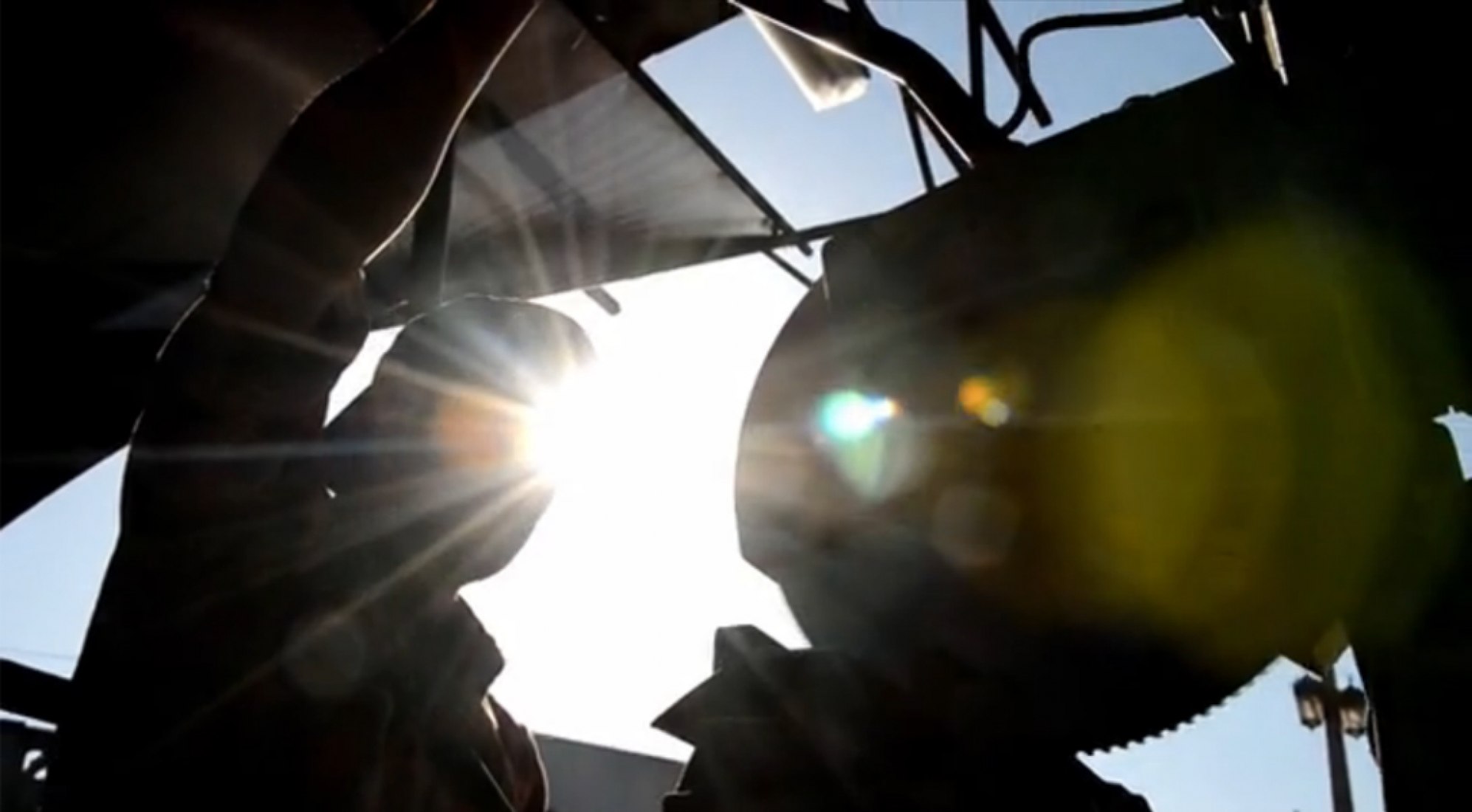 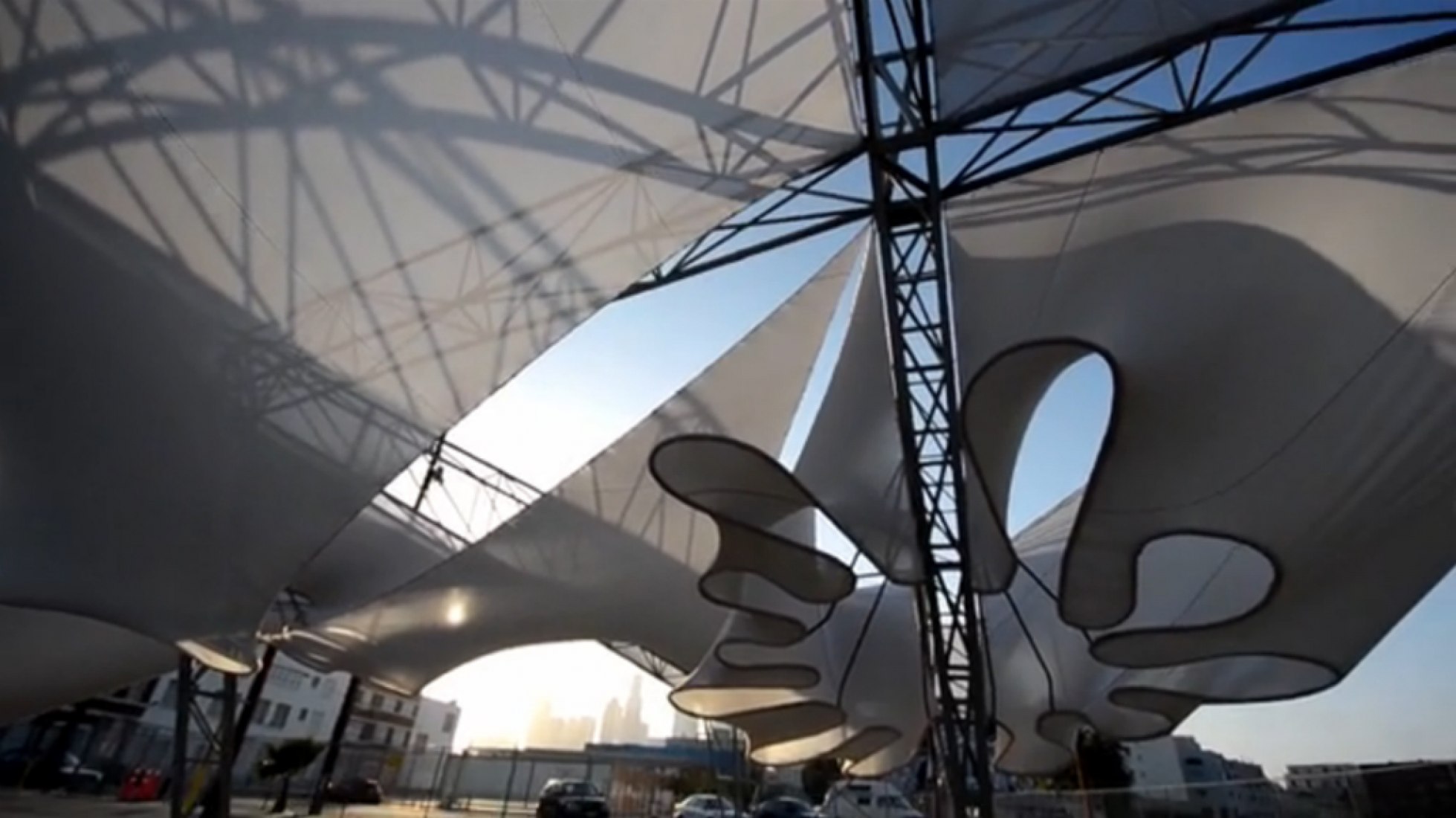 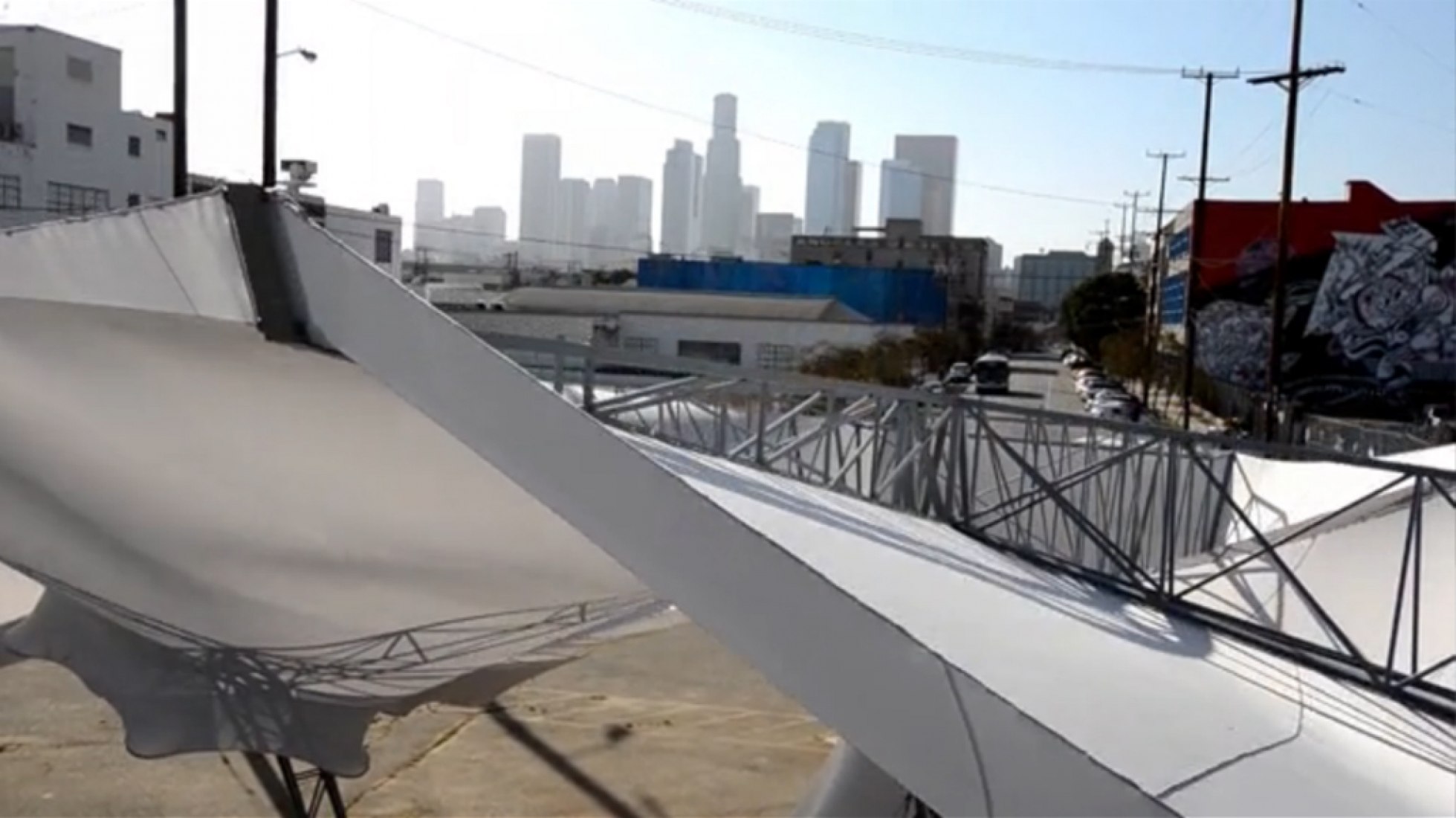 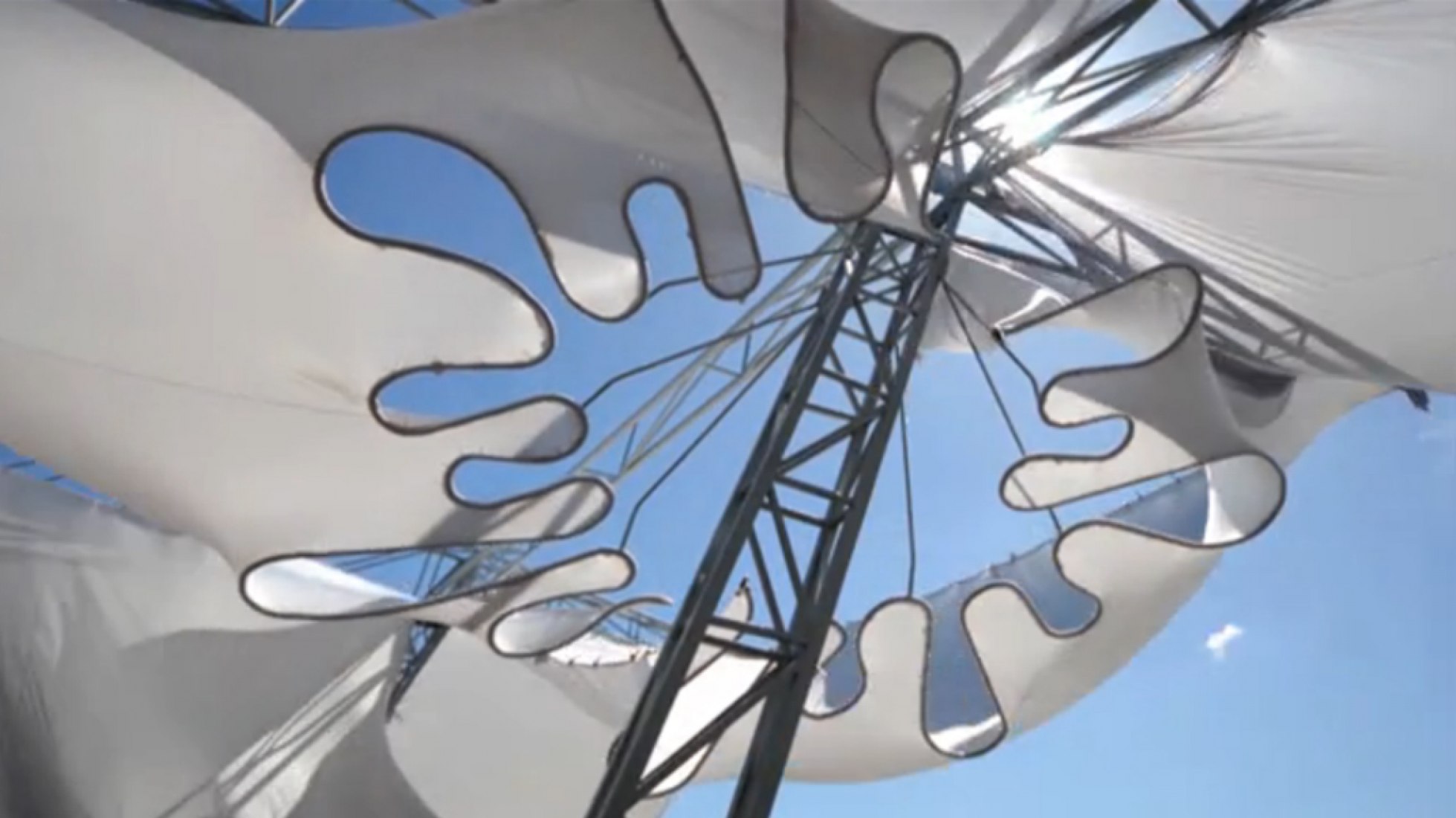 The previous two installations, Netscape and Centerstage were designed for the school's graduation ceremonies in 2011 and 2012 respectively. With SCI-Arc celebrating its 40th anniversary, the school commissioned the new pavilion for the after-party of its April 2013 gala. Tasked with the challenge of revamping the existing Netscape pavilion, Oyler Wu Collaborative saw the project as an opportunity to take a completely different approach to the problem. By removing the ten miles of knitted ropes that once hung between the soaring steel trusses, the project was transformed both volumetrically and materially. Using a minimal amount of new steel elements and cable supports, a spandex fabric was stretched between the elements, giving the pavilion a new life and an unexpected volumetric presence.

Geometrically, the project involves a series of funnel-like forms that extend from the rectilinear canopy structure above to a series of rings that are hung from the columns at around eye level.

In the original conception of the project, the rings were simple geometric loops, but this relatively straight-forward geometric approach presented a difficult problem in terms of fabric patterning. At the heart of the problem was the dramatic difference in the circumference between the upper portion of the canopy and the lower rings. As a way of dealing with the problem, the eye-level rings were converted to more eccentric shapes made of a bent steel tubing. With the circumference of the eccentric shapes carefully sized to match the circumference of the upper canopy, the strategy effectively eliminated the need for patterning of fabric, while producing an undulating, curtain-like effect on the surface of the funnels.

One of the more striking features of the scheme is the oscillation between the reading of lines (in the structural system), surface (revealed at the base of the funnels), and volume (most present in the overall external view of the pavilion). What begins as a reading of volume ultimately reveals a system of deep spatial cavities through which an intricate structural system moves in and out of view. These qualities are accentuated further by both natural and artificial lighting effects. The thinness and the lightweight color of the fabric produces a changing set of effects as natural lighting conditions change throughout the day. The fabric is at times translucent with a ghostly network of structure revealed beyond , and at other times opaque with dramatically warped shadows cast across the undulating surfaces. The lighting for the after-party was an opportunity to take that one step further, using changing color gradients to highlight the eccentric forms at the bottom funnels. 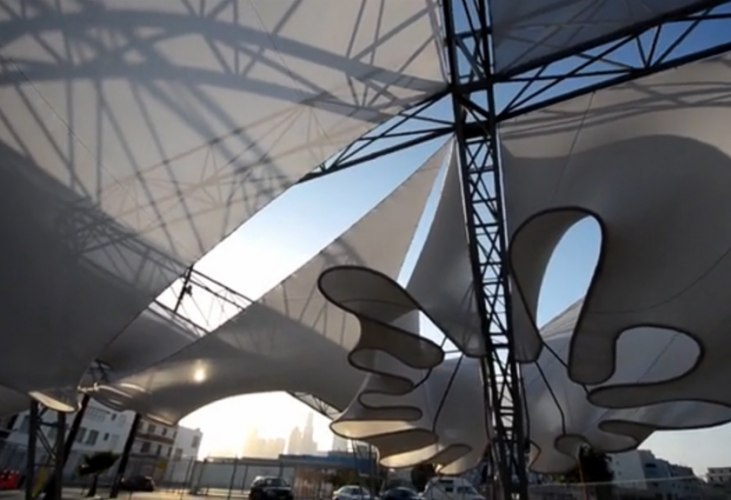 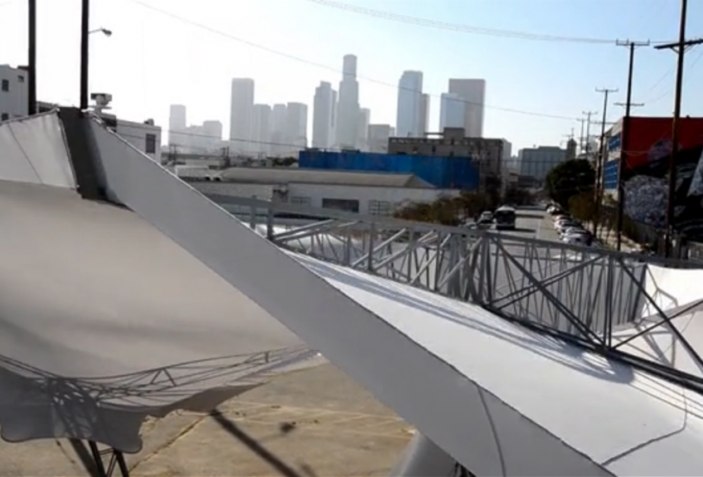 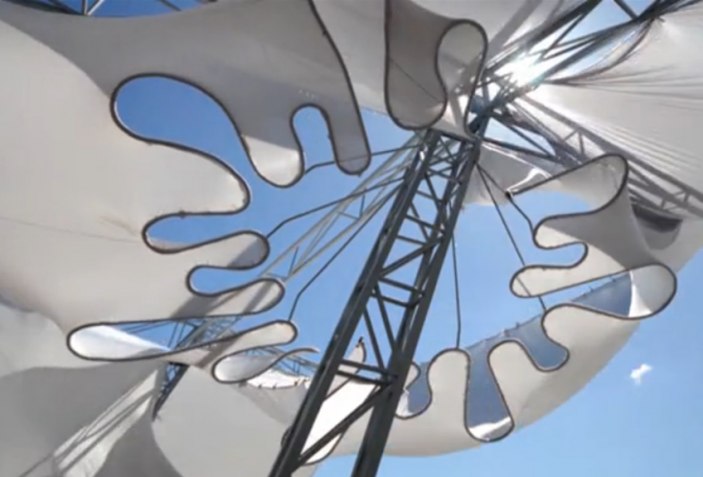 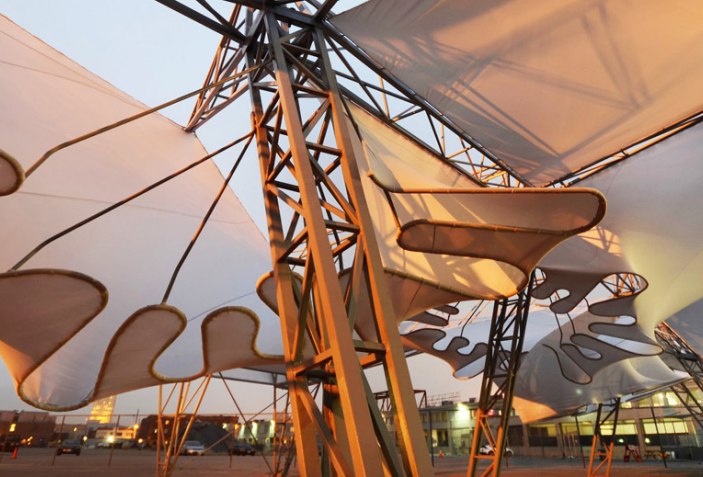 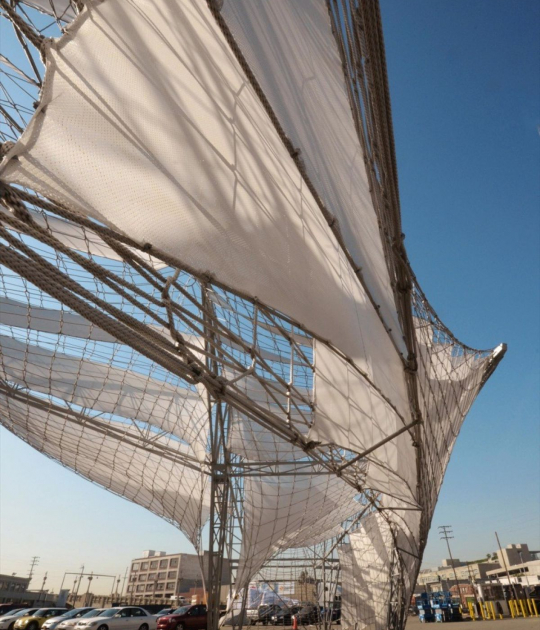 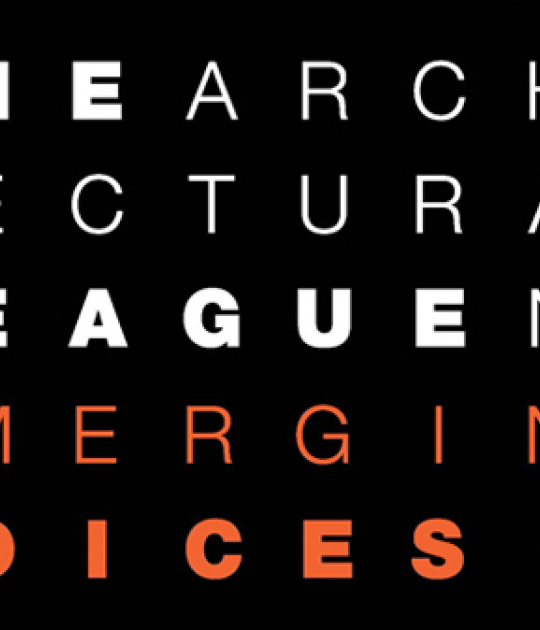