The contest, which was organized by the international platform reTHINKING Competitions for the Cabildo de Lanzarote, with the participation of more than 150 proposals from 63 different countries, such as Japan, the United States, Italy and Germany, among others, but finally the proposal of the Canarian team would be the one that won the first prize unanimously by the Jury. 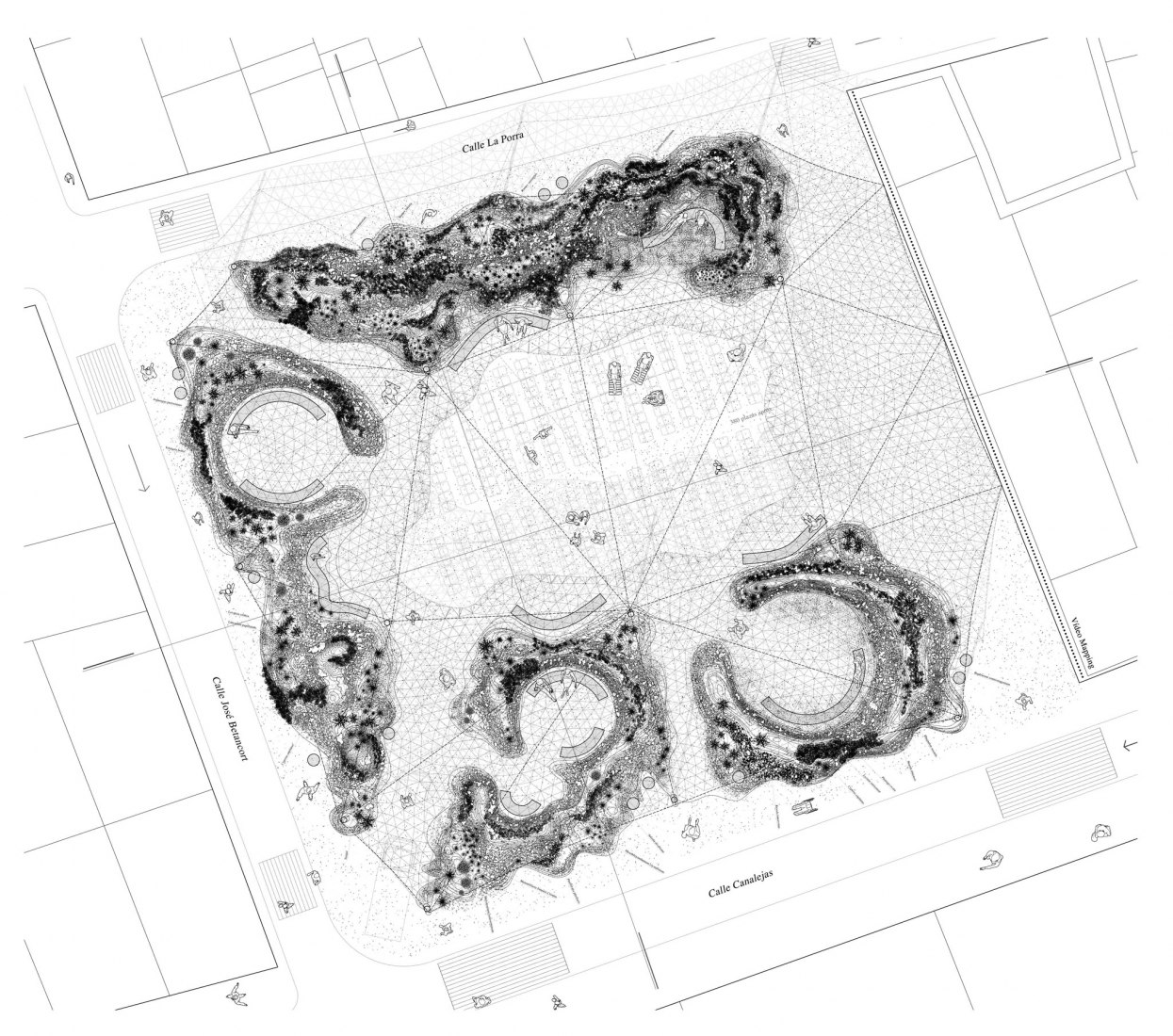 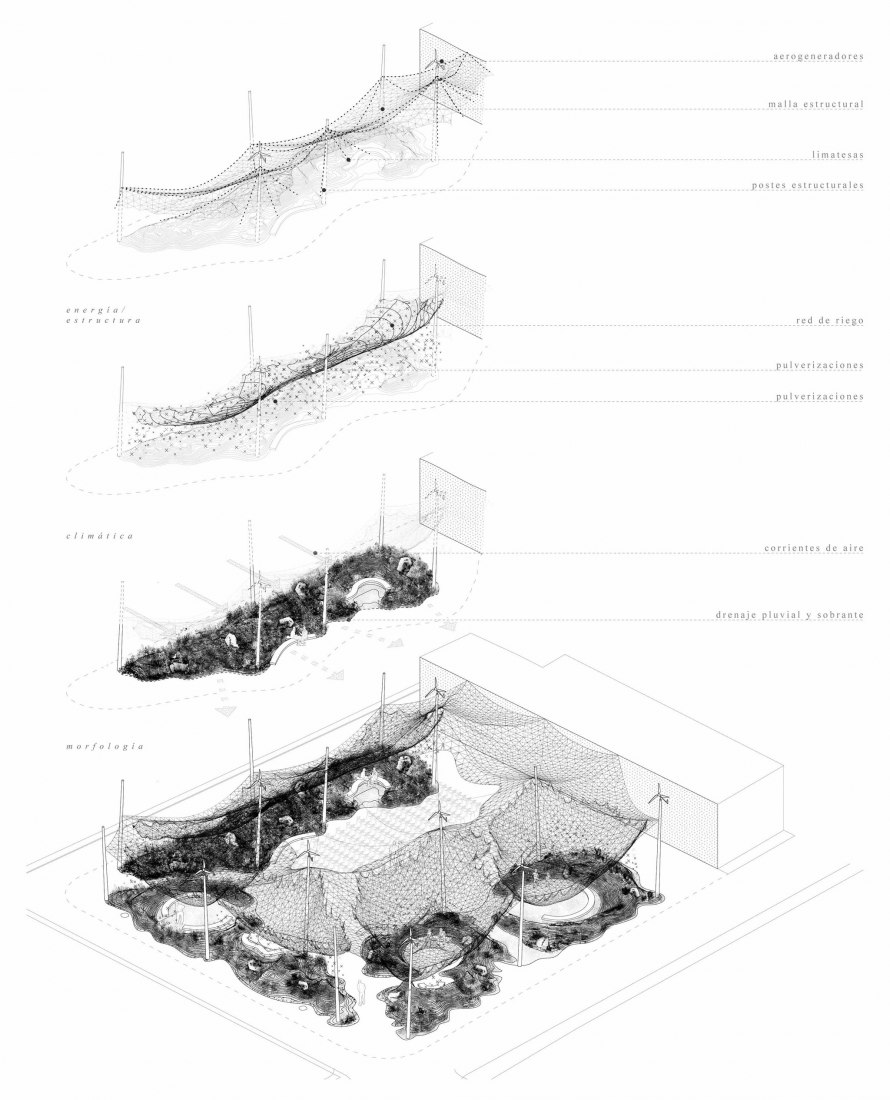 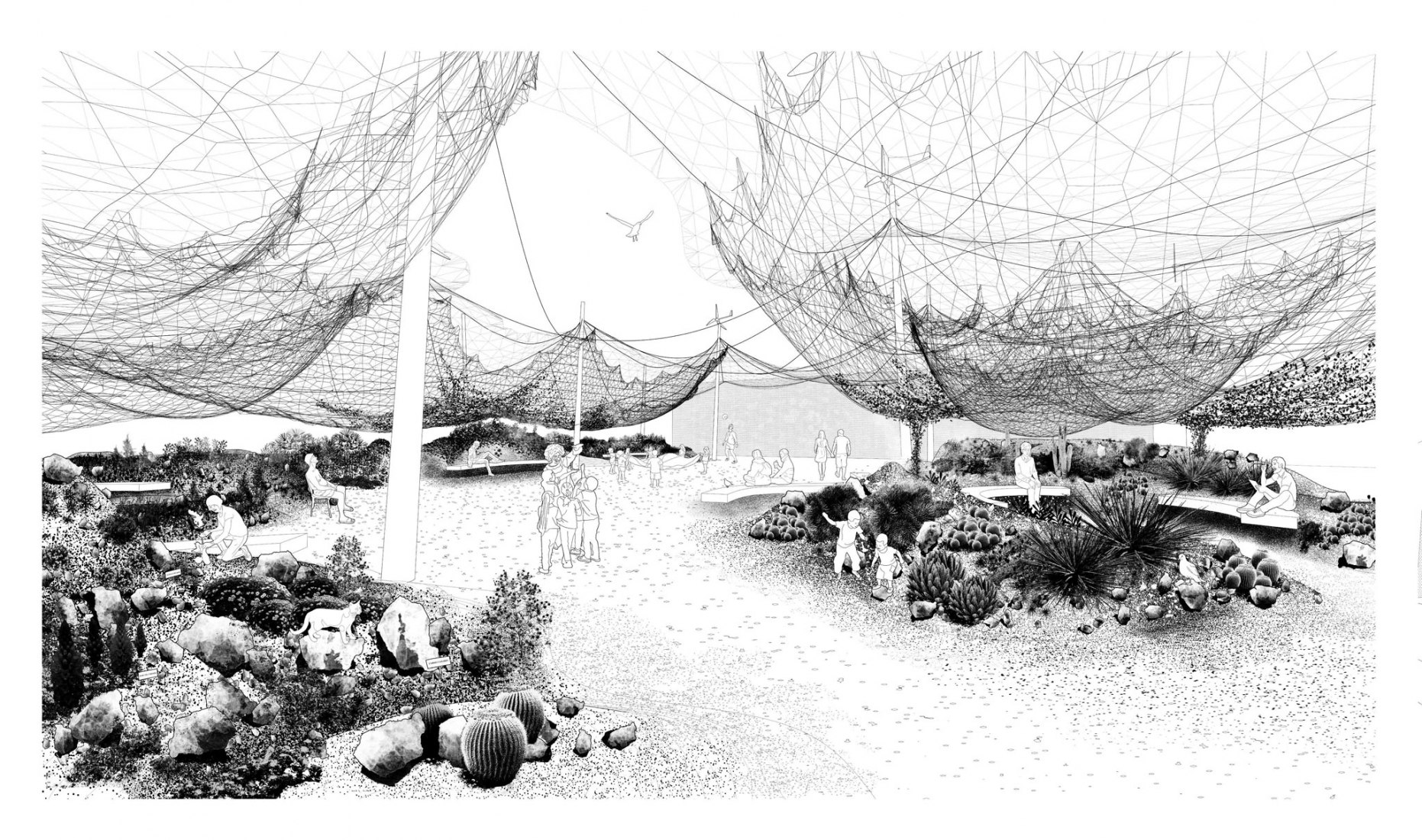 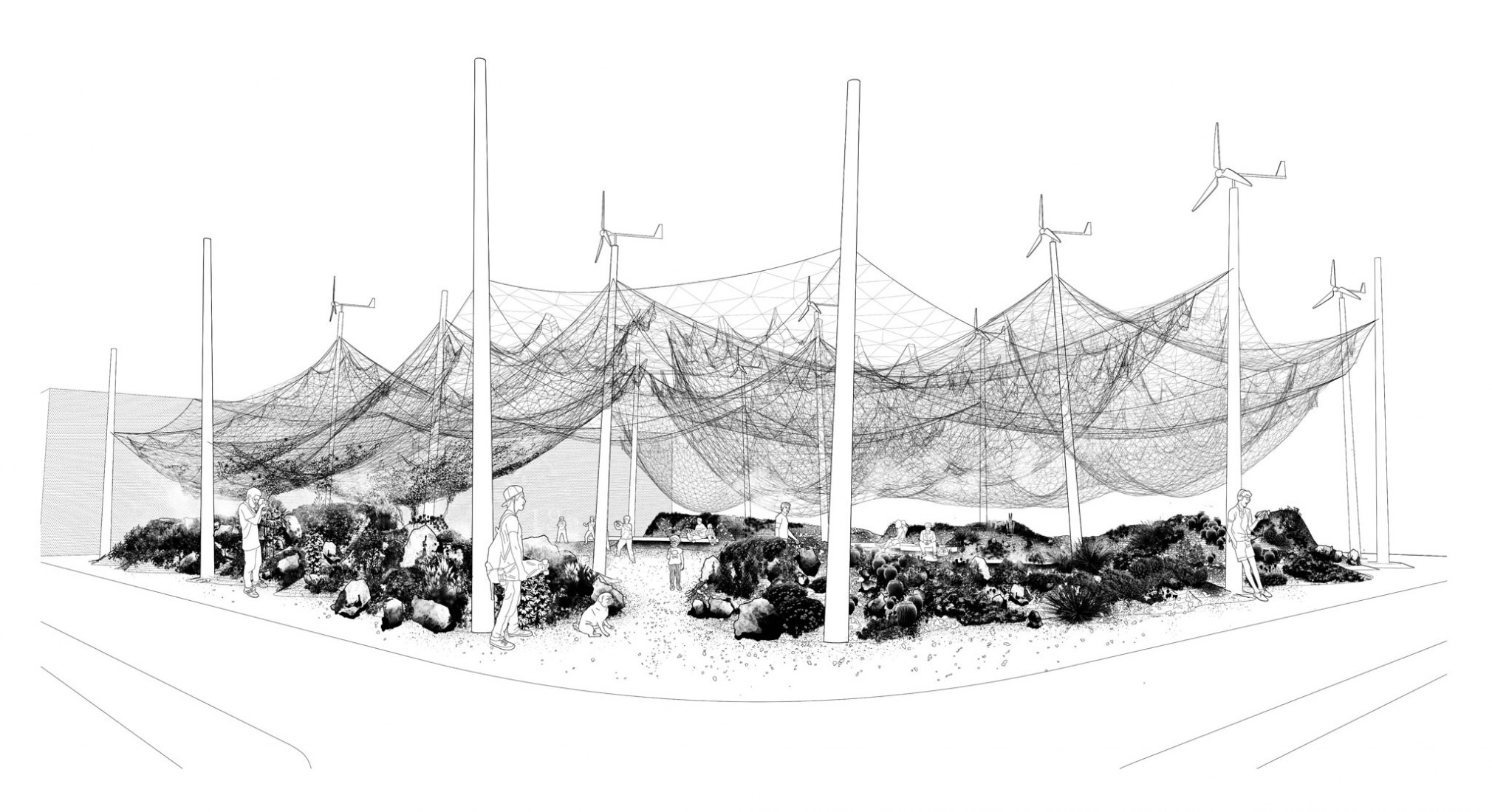 The "Tephra" project of the young Canarian architects Antonio Díaz Jerez and Flavio Ramos Vicente with the collaboration of Óscar Cabrera Gil, an expert in the flora and fauna of Lanzarote, and Norberto Díaz Jerez, won the first prize in the international competition for the construction of the Plaza de El Almacén in Arrecife, Lanzarote.

Unfortunately today, twenty-five years after the declaration as a Biosphere Reserve, Lanzarote must work to recover its specificity in places as anthropized as Arrecife, where the time has broken the balance between nature and us.

For this reason we begin working on the idea of a bioclimatic prototype which recovers the lost specificities through the creation of a "warehouse" of local natural elements. A square that satisfies the needs of the citizen, where the hidden geology of the city appears again, constituted by basaltic washes of its numerous eruptive episodes, dispersion pyroclasts and cones of tephra, which was colonized by different scrub communities such as Tabaibas, principal inhabitants of the basal floors, or Ahulagas and Taboires, located on the northern slope.

But also in the higher altitude areas, more prone to pick up humidity, annual herbaceous communities, situating in the areas of basaltic lava flows different species of rupicule vegetation, as occurs in Timanfaya. All this forming small intimate spaces in shadow that revolve around a large collective space where you can celebrate all kinds of activities, festivals, concerts, assemblies, etc.

Whipped by the trade winds from north-northwest, Arrecife can not catch humidity that brings this current, due to the low altitude and the absence of forest mass, besides the scarce amount of rain accumulated during the year causes it have a mainly arid climate. That is why for this ecosystem works properly, has been necessary to make an efficient control of sunlight, create a catalog of plant species that adapt to this climate and also an element that manages to maintain a comfortable climate in the plaza during all year.

Because of, we opted for an organic strategy of network overlap suspended on poles that allowed us on one hand, to sift the light in different ways thanks to the superposition of each of them, and on the other hand, place within these the installations of water, light, etc., in order to achieve an optimal climate comfort through different passive and active strategies.

In addition, poles that held these networks were perfect to locate the wind turbines that would make the square take advantage of the currents to be self-sufficient energetically. 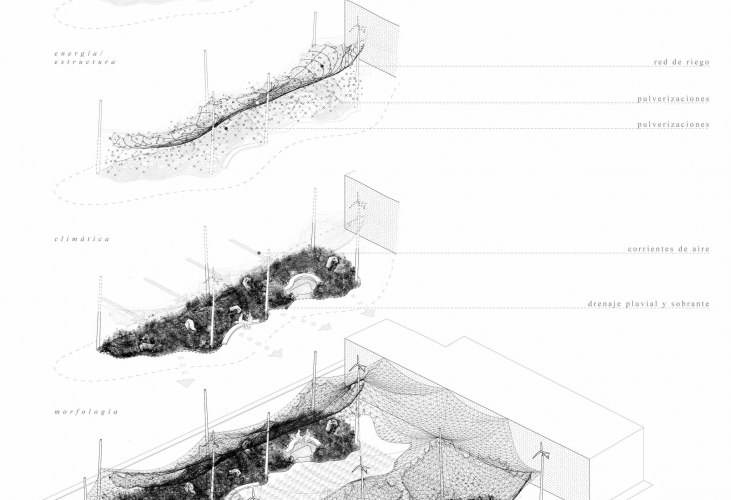 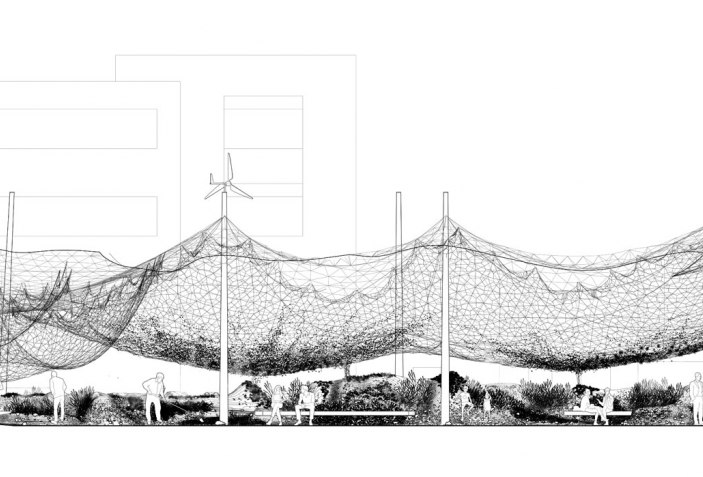 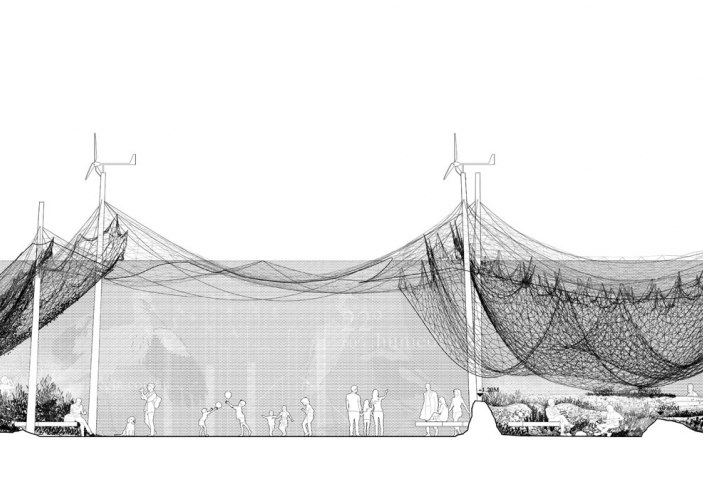 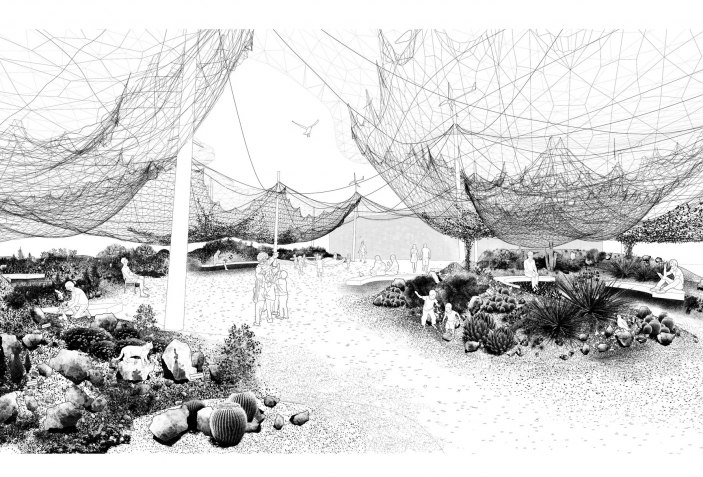 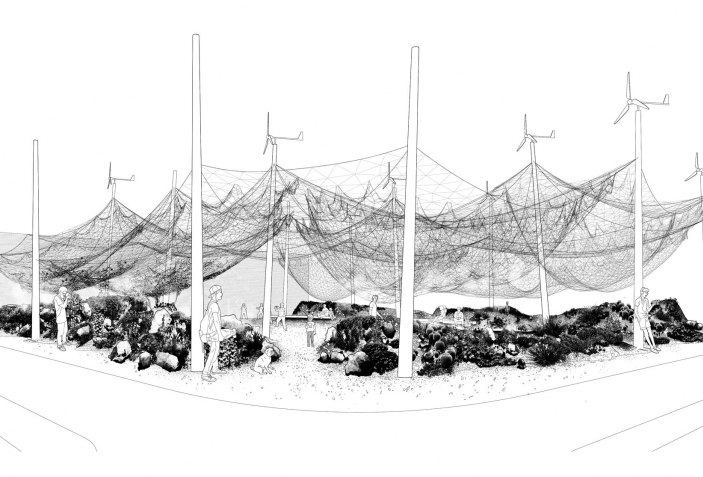 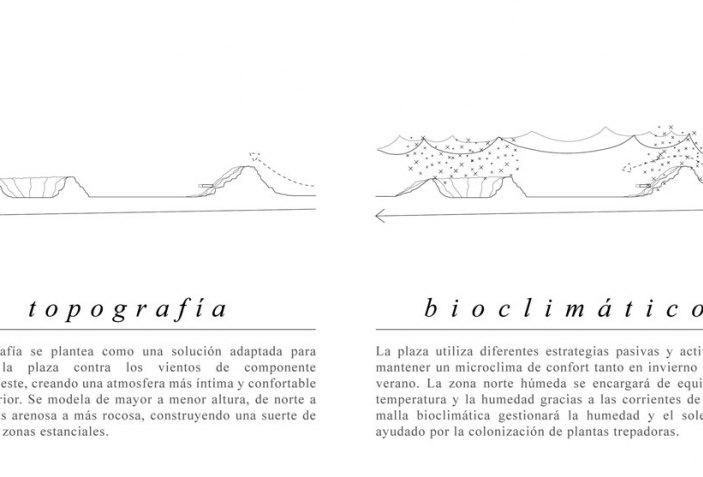 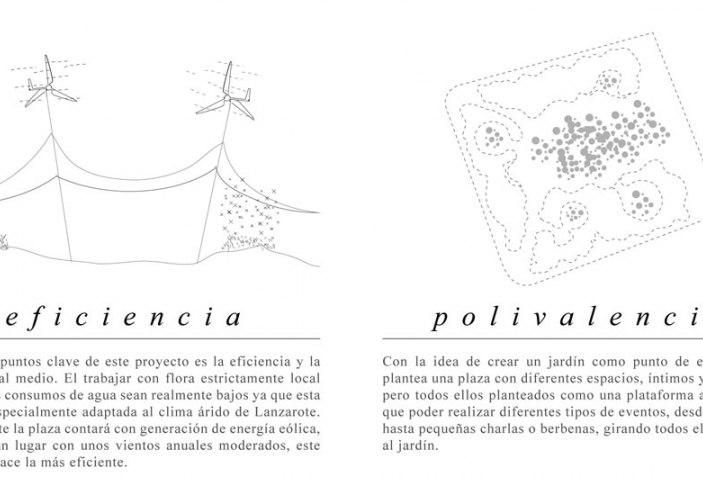 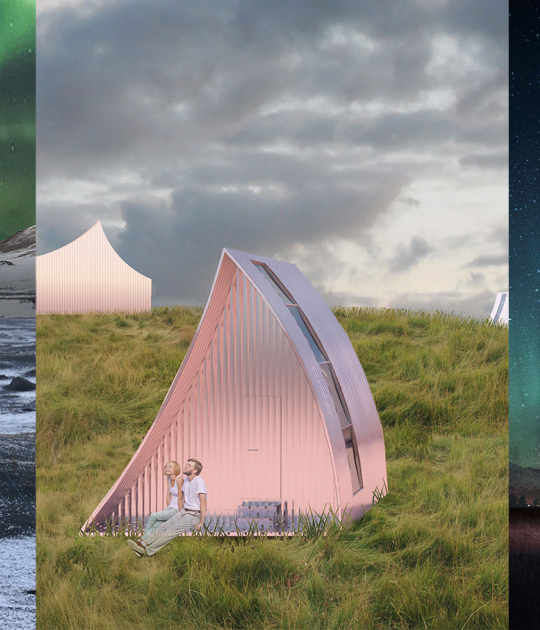 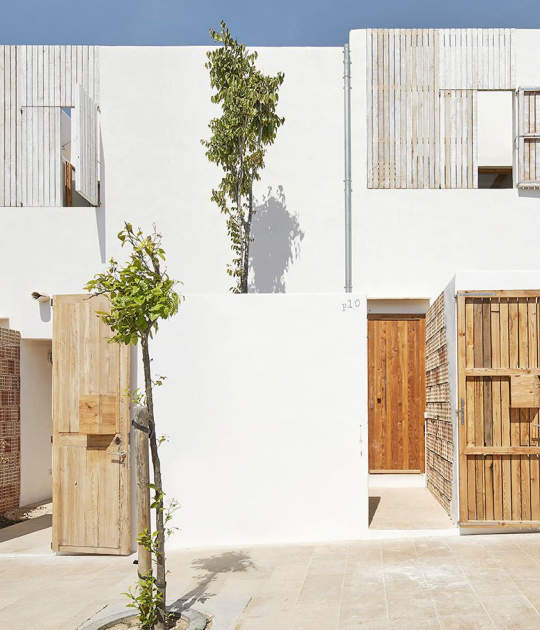 Winners of the 60th edition of the FAD Architecture Awards 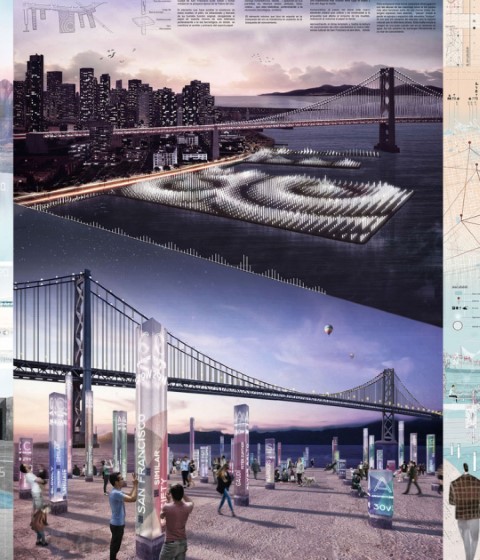 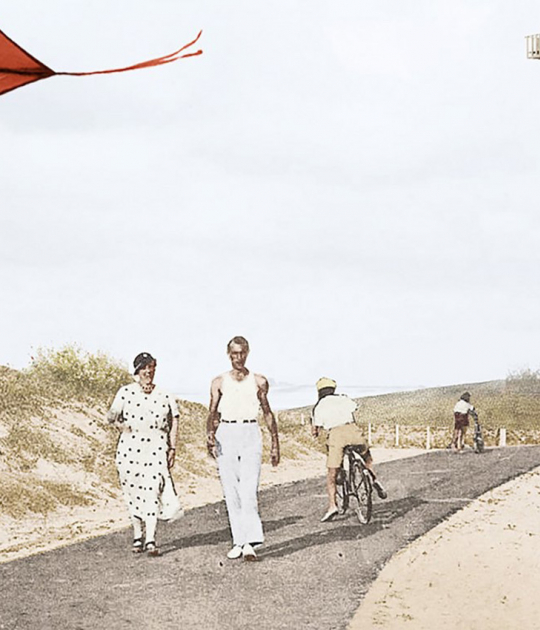 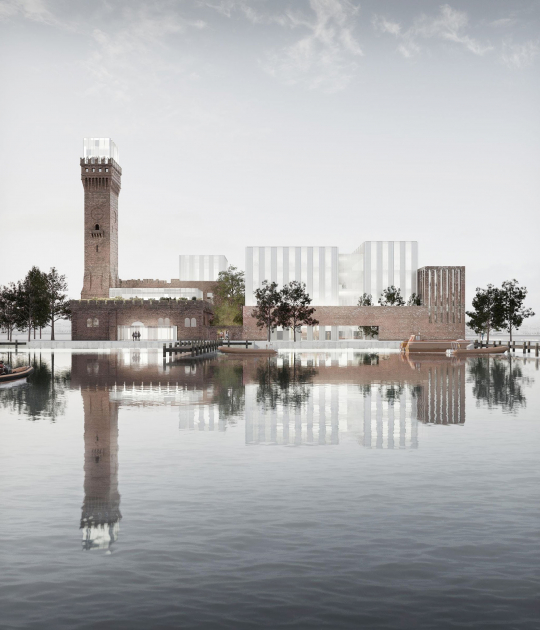