The night finished with pleasant conversations and some drinks. An atmosphere of tremendous positivity was perceived in the "Talk Room" of Roca Madrid Gallery, the organizer of the event, after completing the fourth and final meeting of "Spaces for Female Architects", the cycle of talks curated by Ariadna Cantis and Martha Thorne. It has been over five months since the first meeting on "The State of Art". This night was the turn of the "Conclusions". 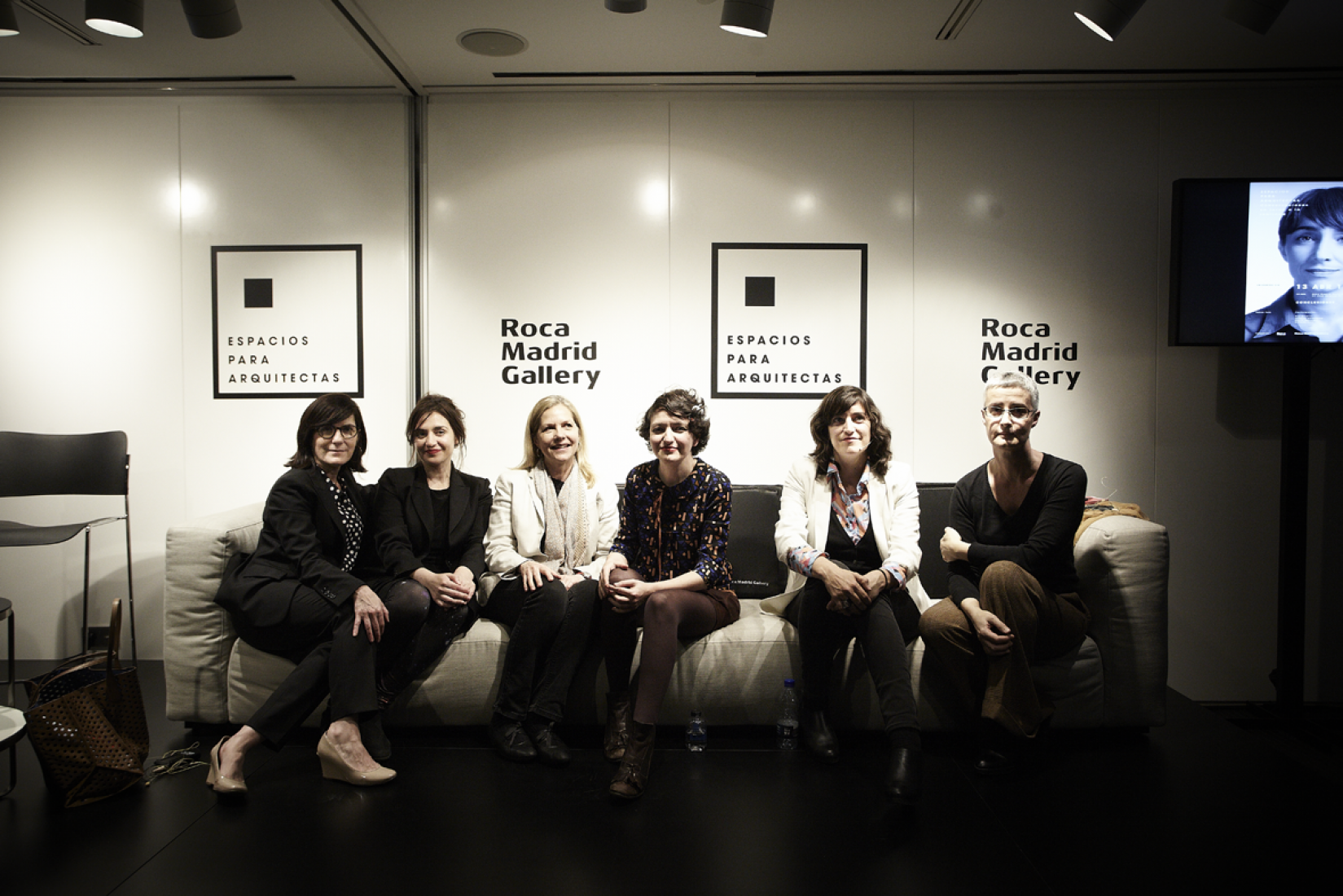 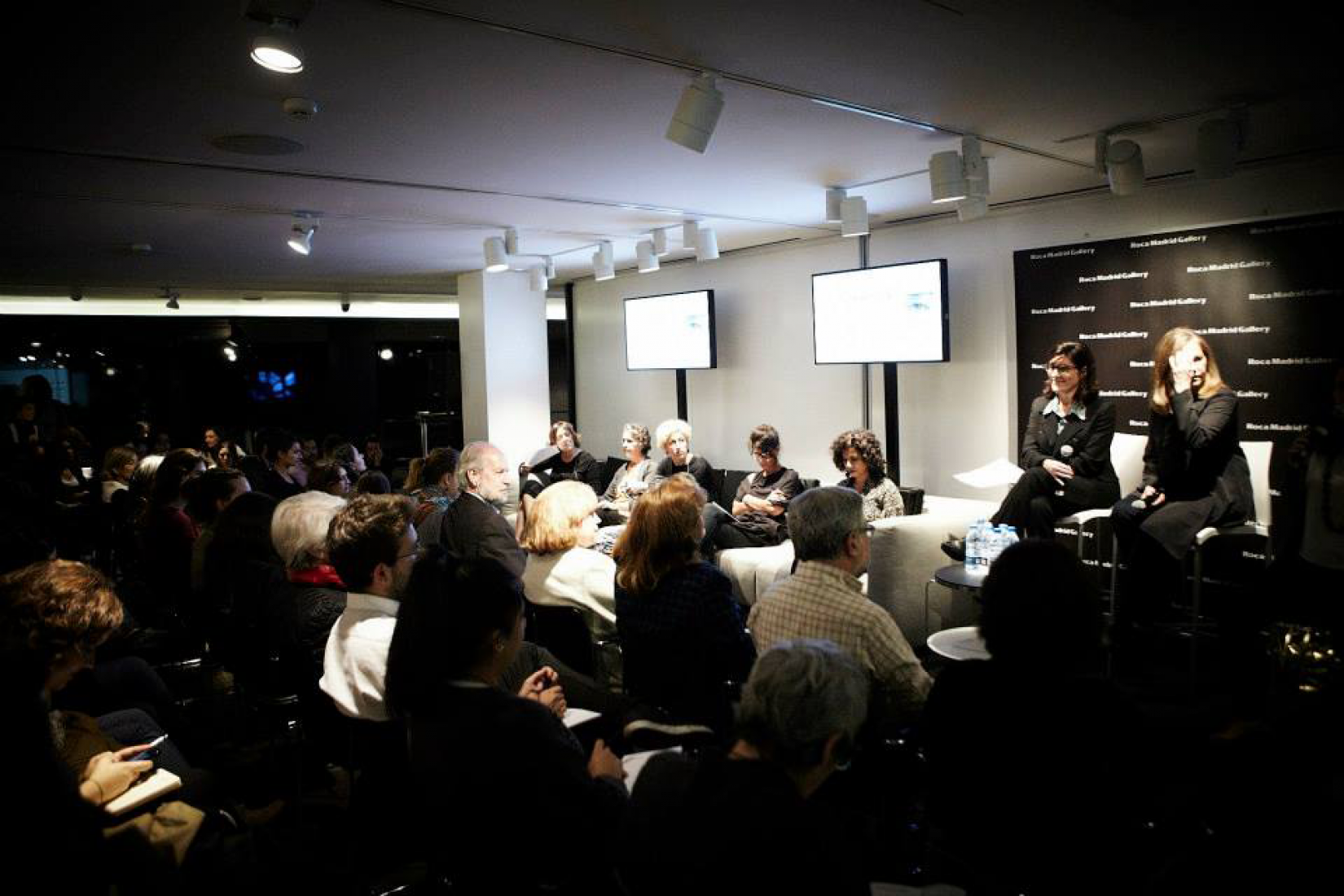 Although it was not a conclusive meeting; its goal was to leave doors open and show the different ways that individually and collectively we should continue walking towards equity, an issue that is not exclusive of architecture. The issues addressed in the four sessions are part of a back and forth process, and should be in a constant review of the causes that led us to intense debates about the scarce visibility of women in architecture.

However, the speakers at the fourth meeting, Belinda Tato (Ecosistema Urbano), Izaskun Chinchilla, Reyes Gallegos (La Ciudad Viva) and Eva Álvarez (Álvarez Gómez + Architects), are four women who, because of their talent, have high visibility in the circle of architecture. This is the manifestation that woman is gradually covering territory in the profession through an excellent work that does not distinguish gender. Each one, briefly presented a small part of her work. Belinda Tato: the Master Plan for the Historic Center of Asunción. Izaskun Chinchilla: the "Crowdfunding Organic Growth" project for New York. Reyes Gallegos: her ambitious publishing project "La Ciudad Viva". Eva Alvarez: exposed what she calls "labor + work + action" through projects like the Auditorium in Massanassa, Valencia, plus an interesting combination of active work on gender issues.

"We are going through a crucial time and we are being part of it," Martha Thorne said to me, hence the importance of a review, albeit modest, succinct, to account this point in history. The welcome to the review of the first meeting entitled "Femininity, Feminism, Feminisation" was a sign of the special sensitivity to the issue. It is a crucial point, of course. It is "time" for women. Between quotes, because the word has many aspects, and because it would be pretentious to assert it. But before explaining it I would like to define some issues.

The ideological issue. To be or not to be a feminist?.-

Eva Alvarez begins quoting Lina Bo Bardi who claimed to be "anti-feminist and Stalinist" : if we lived in a perfect society we wouldn't have to fight for it. This self-definition by Bo Bardi, must be understood and studied in its full context; without it, the interpretation of his words could be misleading or banal, but we leave it for another moment. The interesting intervention by Eva was full of fascinating references to female architects. "I will quote them, because in my formative years, nobody cite them". With or without ideological labels, Lina Bo Bardi is one of the most prominent architects of the twentieth century.

Writing about feminism is a commitment issue, especially because the term is constantly tampered or misunderstood. Its basic meaning is unknown by too much people. "I'm not a feminist" is one of the most common comments despite the acceptance and empathy with the issue. Therefore, it may seem obvious, I thought it necessary to recall the definition of feminism: "Movement that demands equal rights for women than for men."   Like all movements, it has its particularities and derivations defined by the ideological tendency of a person or group: conservatives or progressives can be feminists, including their respective extremes. Feminism is not exclusive to women; a man ideally should also join to the basic concept of the word. Here is one of the great myths caused by the distortion of the word: being a feminist does not mean to aggrieve man, it implies the equality of opportunities. In the second meeting of "Spaces for Architects" Amparo Lasén sociologist, said: "The discrimination of the one is linked to the privileges of the other." This means that the problems "will not have solutions in which everyone wins; one of the two parties will lose their privileges", says Amparo. The focus, she points out, lies in solidarity and equality. 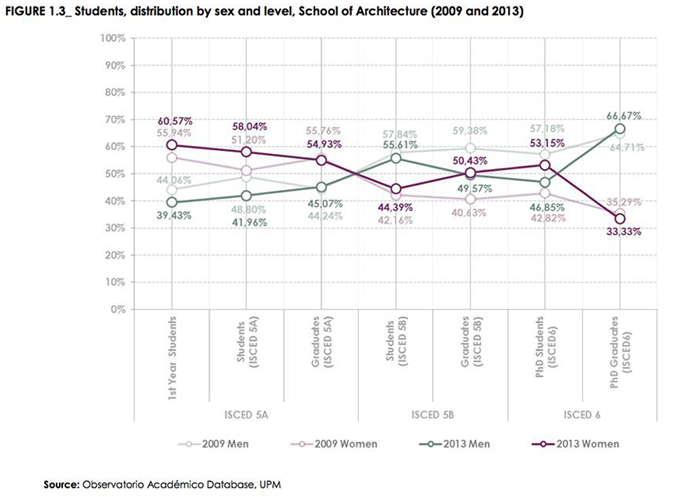 "Spaces for Female Architects" in numbers. Courtesy of Ariadna Cantis.

Maite Muñoz, recalled at the second meeting how the subject of the claim of women in architecture is an issue that has been tackled for many years. When the question was not yet tackled in Europe, she attended the Congress of Women in Architecture in St. Louis, USA, organized by the American Institute of Architects in 1973. It was in 1975 when the AIA wrote about the state of women  in the profession. The situation has not progressed as expected in four decades, the statistics remain devastating, says Maite. From the same year dates a survey conducted by the Architectural Design magazine "Women in Architecture", quoted by Eva Alvarez. Forty years later the same survey has been launched to establish a comparison. She also mentions the work of a group of 15 architects which also includes: "Un día / una arquitecta" , a blog that pretends to honor (and make justice) presenting 365 biographies of several female architects worldwide, allowing to visualize their work throughout history. Among the diversity of historiographical work on the subject, there is also "Women Wikipedia Design" . This is a fraction of an outbreak of similar initiatives around the world. 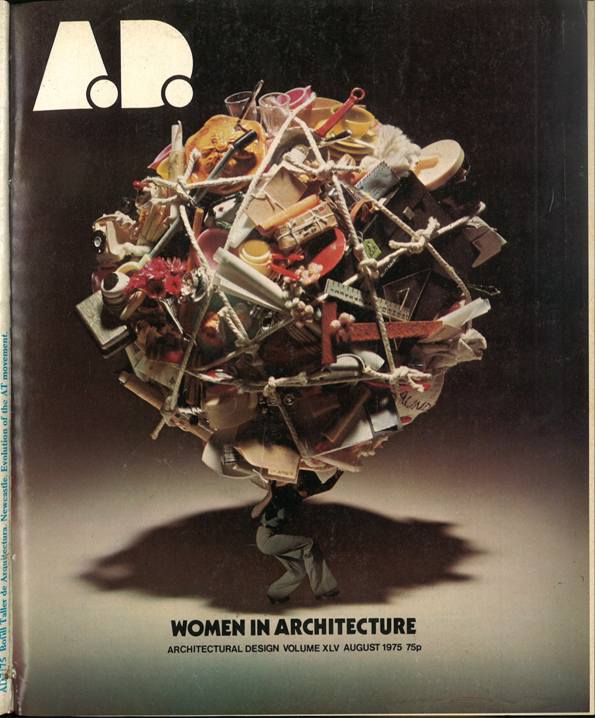 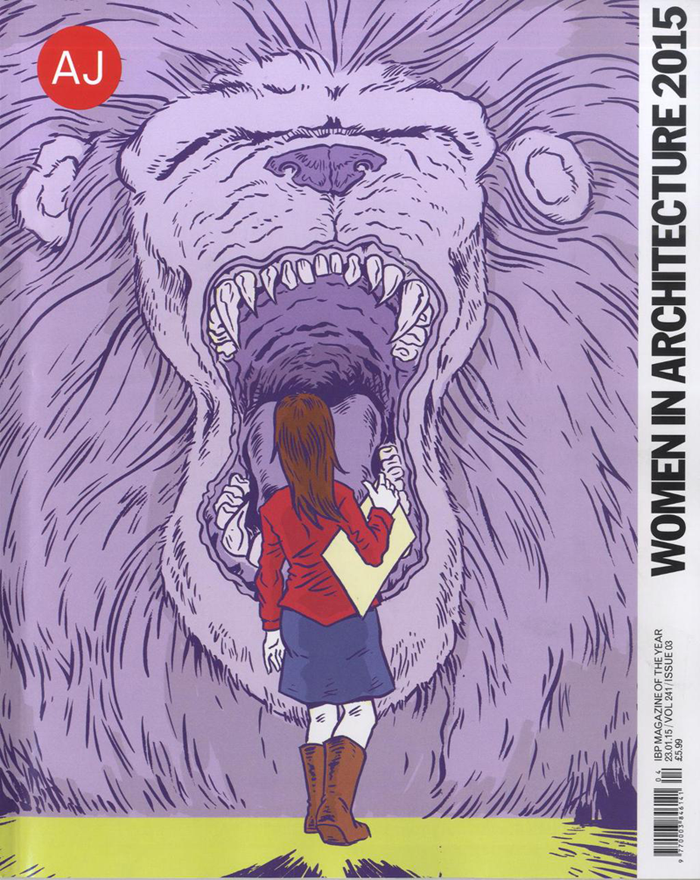 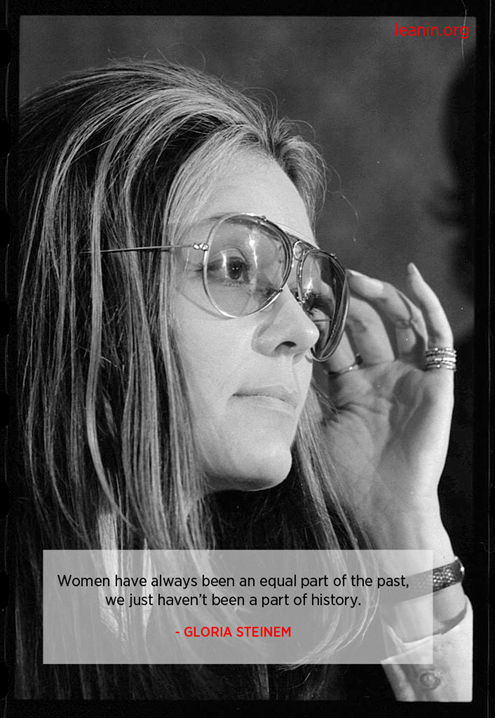 The individual and the collective issue.-

Ariadna Cantis reminds at the beginning of the fourth meeting that one of the causes of the lack of visibility of women in architecture is the insistence on the figure of the architect as an individual, forgetting that architecture is a work that combines efforts of a group of professionals. At the closure, I ask: whether the denial of collective work is one the problems how to define the names of architectural firms? Female architects also define their firms by their name, highlighting their individual character, and in the case of couples of architects, it is usual that the name of the man goes first. The speakers as diverse, as their answers. Belinda Tato, from Ecosistema Urbano, highlights the collective nature of the studio and how the consciousness of this quality defined its name. Izaskun Chinchilla, whose studio bears his name, says she usually ask herself if that should be the name of her firm, however, she believes that while she is part of the circle in which lobbyists in architecture are predominantly male (additionally linked to power and money), her positioning must from her name. Eva Alvarez, from Gomez + Álvarez, says their firm has the name of their children. 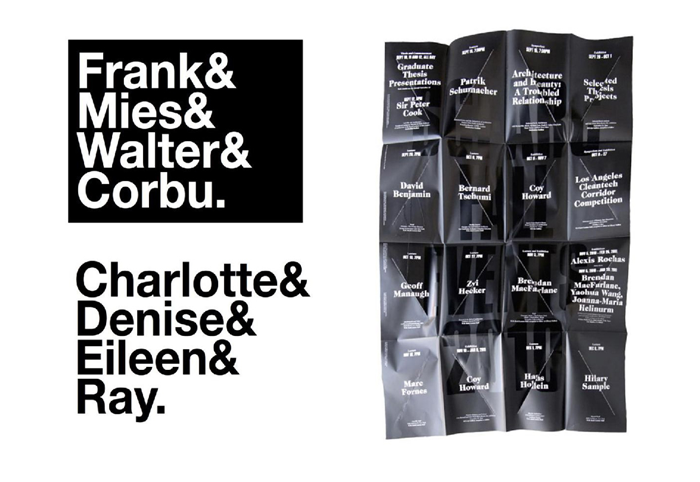 "I don't believe in spaces for female architects ..."space" is a very flawed word in architecture school, I prefer to talk about time." These were the words of Atxu Amann in the second meeting. The myth of the 24 hours architect is one of the major problems of the profession. I doesn't distinguish gender but it primarily affects women. In all professions there are underlying issues related to time, recalled Inés Sánchez de Madariaga, but in architecture the aforementioned myth worsens the situation. Demystifying architect who eat-sleep-dream architecture is essential. The conflict not only lies in the question of motherhood; what Eva defined as labor + work + action involves a combination between paid and unpaid labors, and what defines us as people beyond the professional, such as hobbies, family, volunteering, etc. We are in a time when women should reconcile work, and men must reconcile family. As Anupama Kundoo said in the second meeting: personal change, personal consciousness, don't abuse of the time of people, don't discriminate, be yourself.

Martha Thorne closed the meeting by encouraging the public to form networks, to celebrate diversity and teamwork, to spread serious investigations, to the collective support, to seek alternatives to the traditional, bang the fist on the table the moment inequality is perceived, to pursue excellence, to look at the values where others don't see them. "It is time for women." 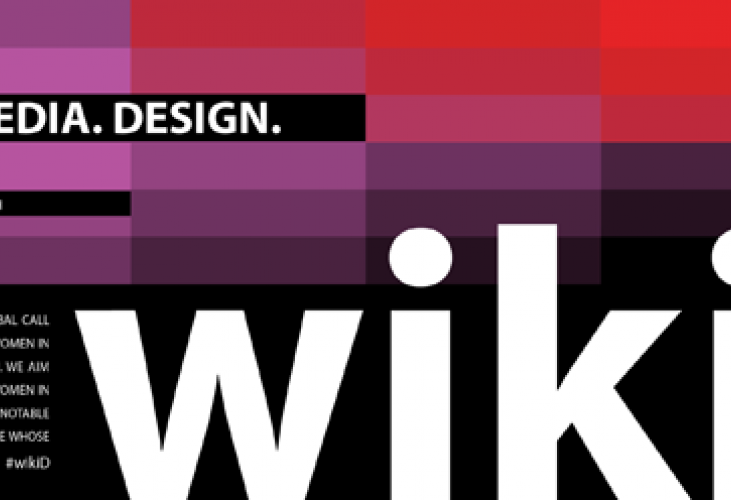 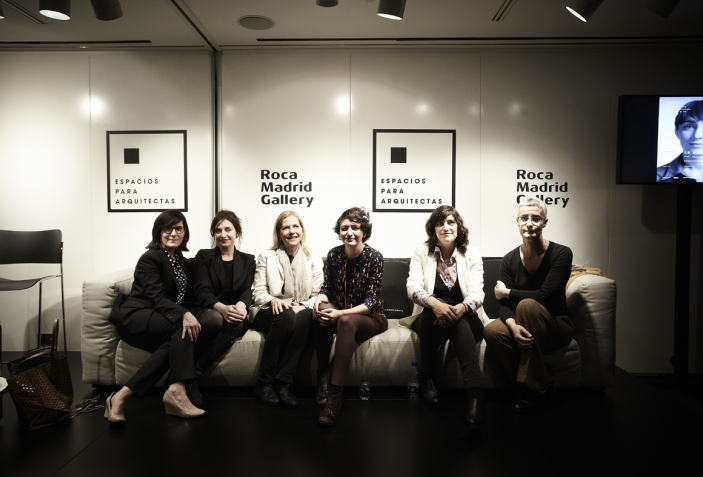 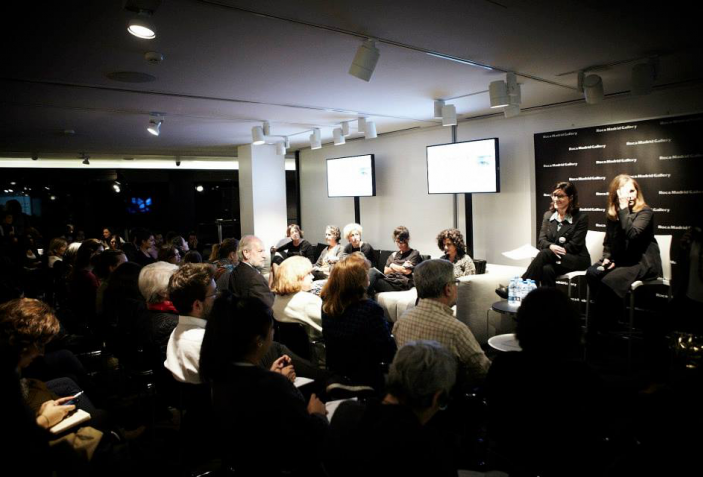 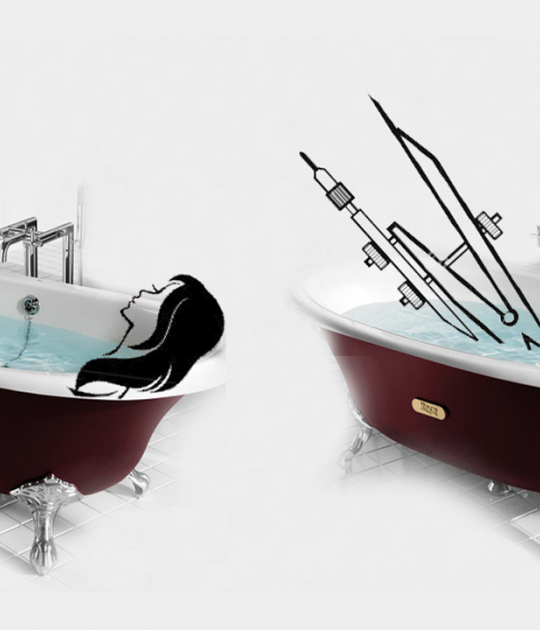 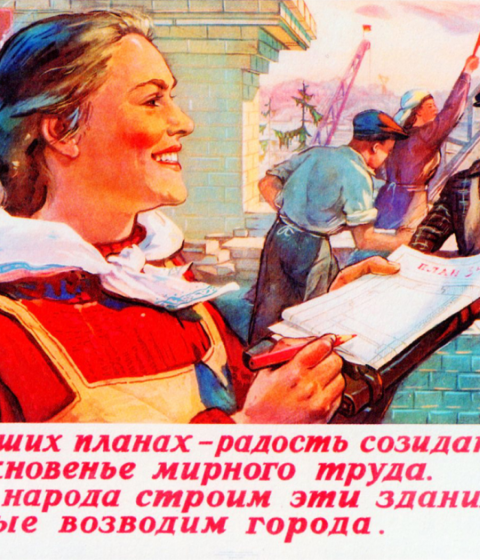 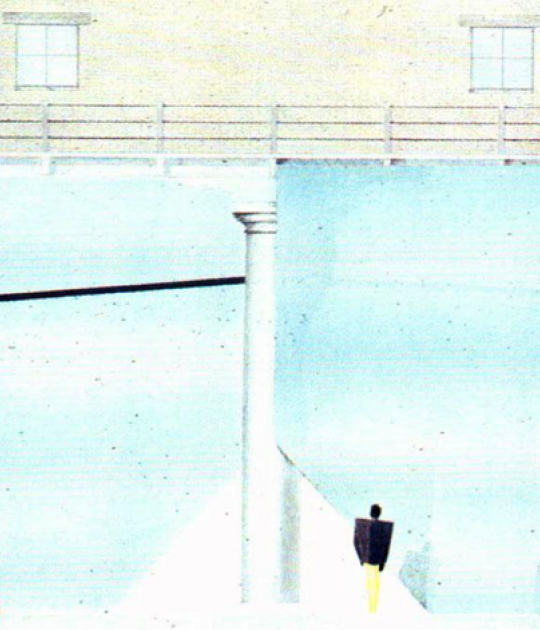 Biennales and controversies. Not everything began in 2014 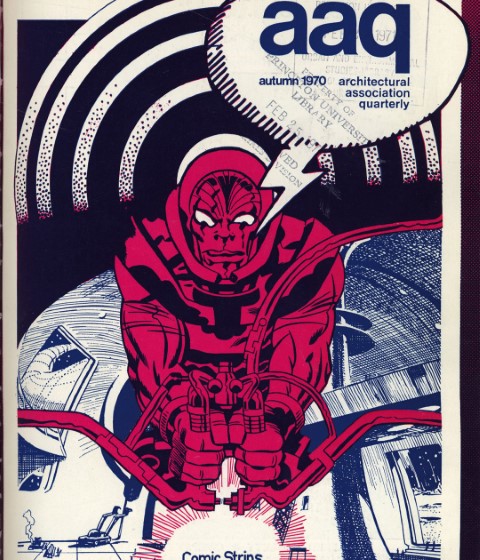 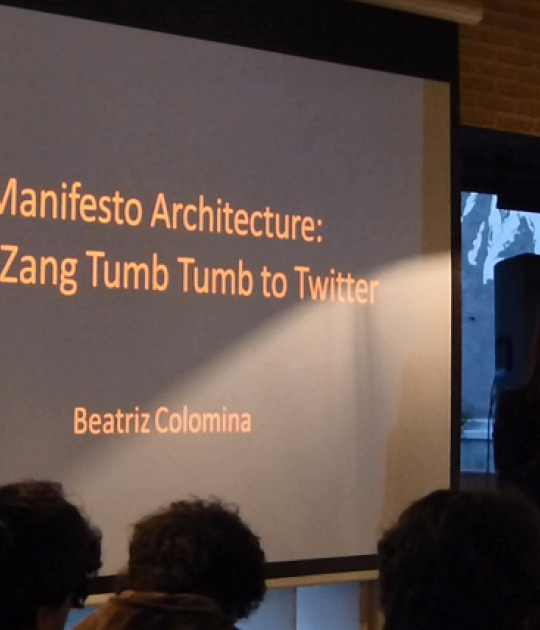