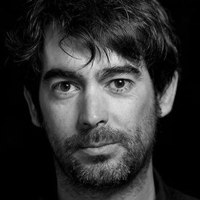 Miguel de Guzmán born in Rio de Janeiro in 1972. He is an architect (ETSAM. 1998) and also architectural photographer. He has been professor in the Graphic Ideation Department at CEU Architecture School and the Photography Department of Istituto Europeo di Design in Madrid. Since 2008 Imagen Subliminal is the broadcast platform through which he shows his work as photographer and videographer. As an Architect, he has been awarded with the Dionisio Hernadez Gil Prize for the Diocesan Priest House in Plasencia (work done together with Andres Jaque and Enrique Krahe), and was selected for the 2005 Spanish Architecture Bienal. As a Photographer he has been finalist in ABC Journal Art Awards 2000, El Mundo Photography awards 2001. He has participated in solo and group exhibitions (Circuitos de Arte Joven, Galeria Vírgenes, Photo España…). The book "Miguel de Guzmán Architectural Photography" contains a selection of photographs taken between the years 2003 and 2013, and which give example of a new way in the making of architectural photography.