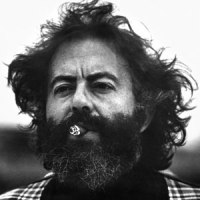 In 1961 he gets the first prize in the same Awards for the Center for Restoration of Madrid. In 1965 he was commissioned the project along with Antonio Miró. In 1967, he was commissioned the military housing in Madrid. In 1969, Fernando was invited to a Restricted International Competition for 11 architects from around the world for the multipurpose building in Monte Carlo. In 1973, he was commissioned the Las Salinas Hotel in Lanzarote. Fernando Higueras was National Prize of Watercolor and a great guitarist, Andres Segovia gave him the Siena Fellowship in 1954. In 1962 he projected both the Lucio Muñoz House and the Estudio school in Aravaca.

Part of Higuera's work is exhibited at the MoMA in NYC, being the first Spanish architect exhibited in this museum. Fernando Higueras died in Madrid on January 30, 2008.