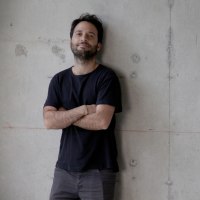 Michan Architecture is a studio based in Mexico City founded in 2010. The practice operates as a laboratory of architecture, exploring new possibilities within the discipline. They see architecture as a flirtation towards the built environment; a question towards the norm, a speculation of what the future can be.

The studio has been awarded by the Architectural League of New York with The League Prize for Young Architects + Designers 2020. In 2019 they are recipients of  Design Vanguard award from Architectural Record Magazine, which honors 10 emerging practices from around the world. "That are demonstrating inventive approaches to shaping the built environment." DL1310 Apartment Building designed in collaboration with Young & Ayata received the 2019 Progressive Architecture Award from Architect Magazine. AL apartment received the American Architecture Prize in residential architecture 2017. In 2015 Z53 Social Housing won an Architizer Award, for Low cost housing. The work of the studio has been widely published and exhibit.

They pursue architecture as a material practice, hybridizing local craft with digital and analogue thinking. The work is a reaction to existing conditions, it strives to find a fine balance for the familiar, yet at precise completely weird. For us this midpoint is where the work is able to speak with the past without copying the recipes, while looking forward for new ways to misbehave mater and tectonics.