Olympics begin today, although officially the opening ceremony is on Friday 27 July. Everything is Olympic, we also (see below for some links to news Olympic here) and our known Banksy is not an exception. The East London, the area where are located the facilities for the Games, is one of the points where there are biggest debates about graffiti, actions, counter-actions, accomplishments ... this is the reazon because the authorities have launched a raid and issued a series of prohibitions against graffiti all over London and especially in this area. 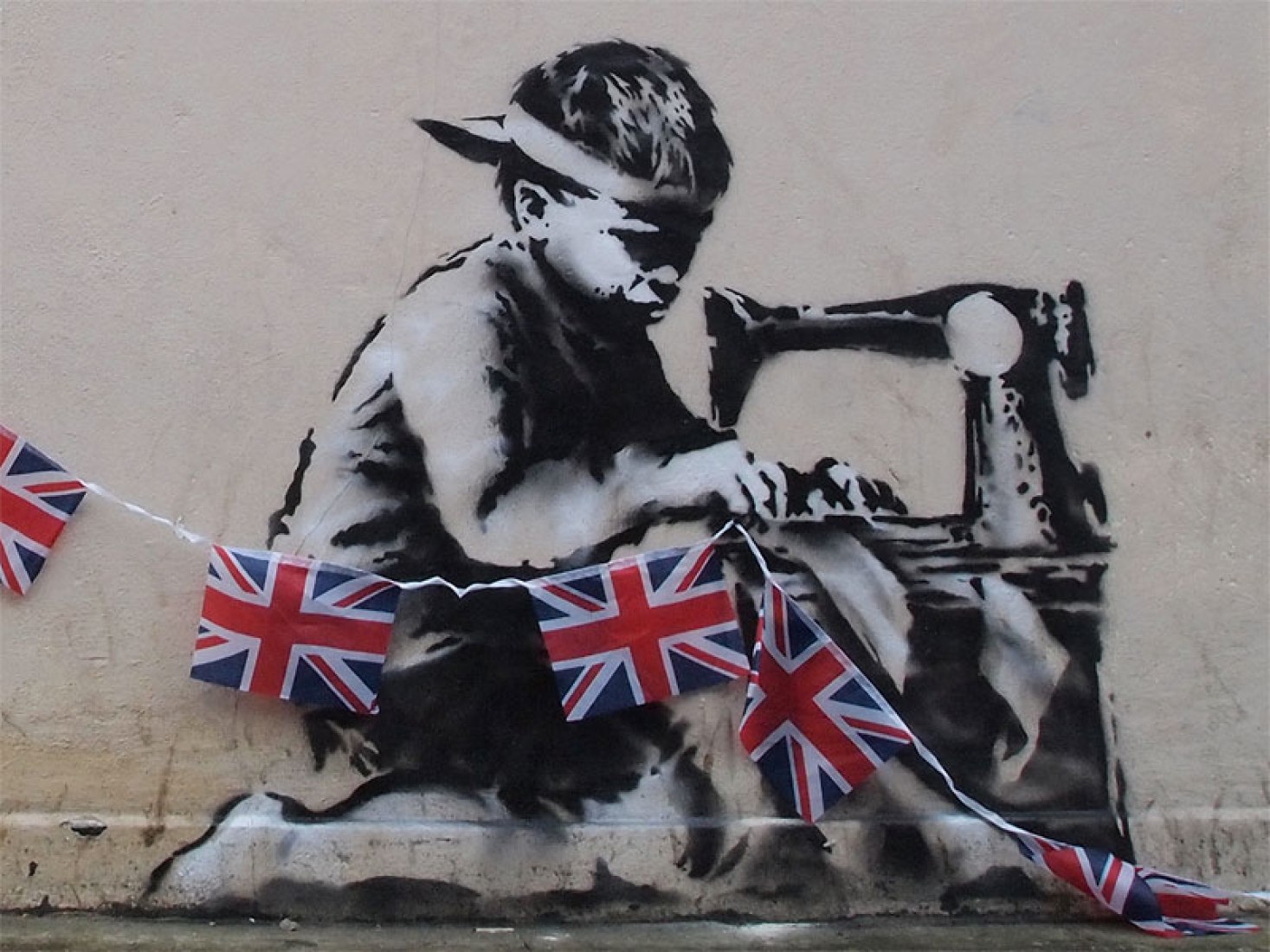 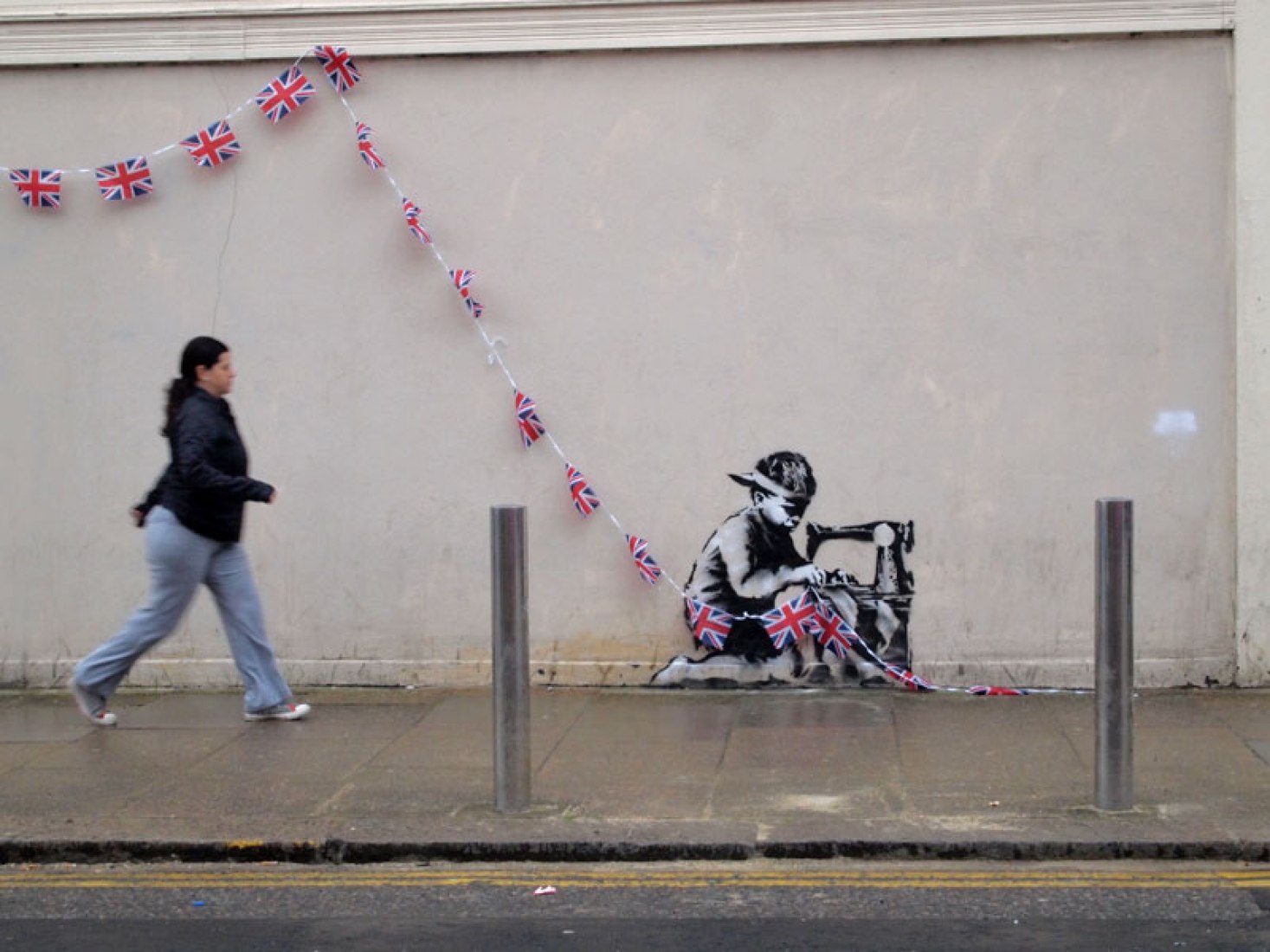 "Banksy With Bunting In Wood Green High Road" by Banksy. 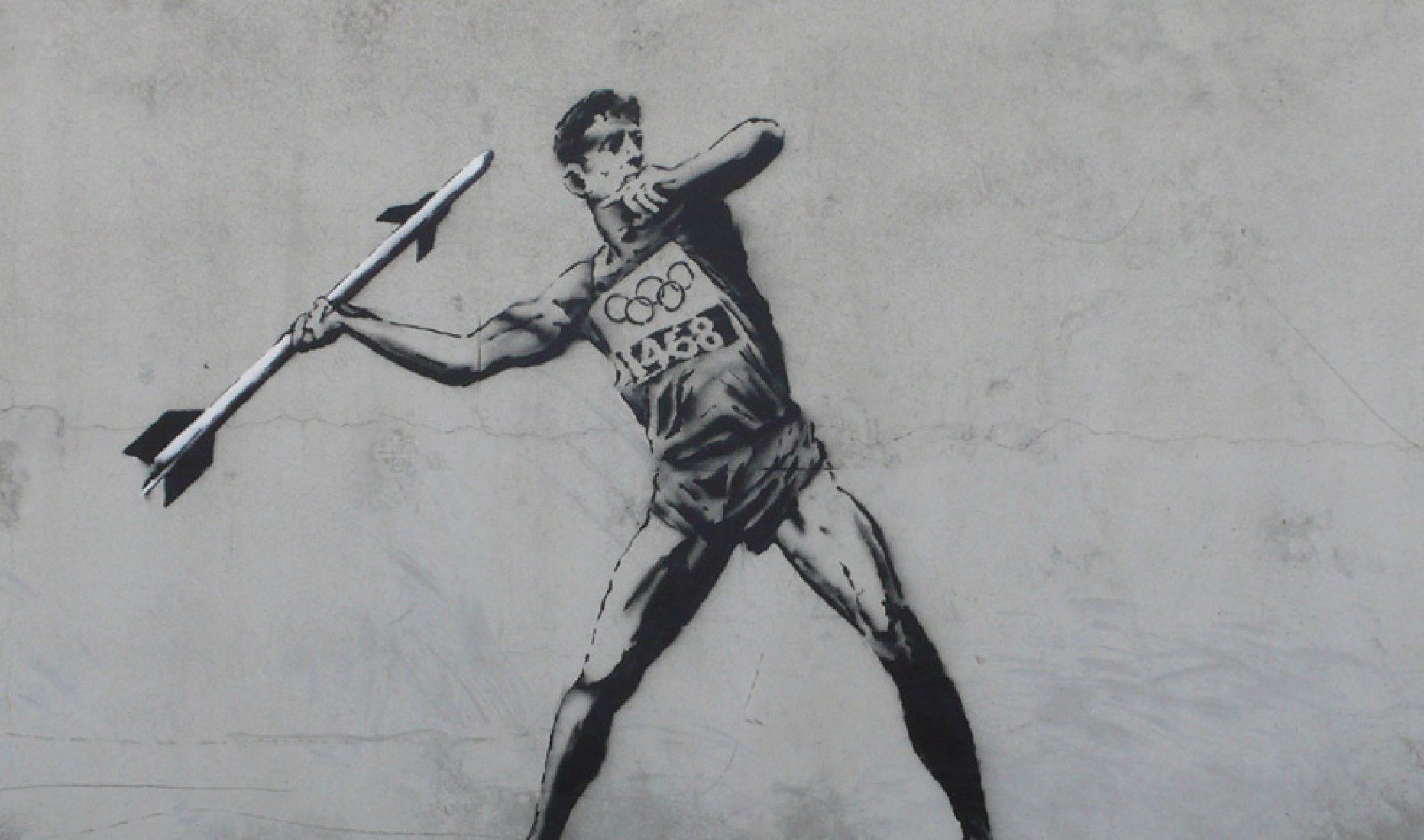 "Hackney Welcomes the Olympics" by Banksy. 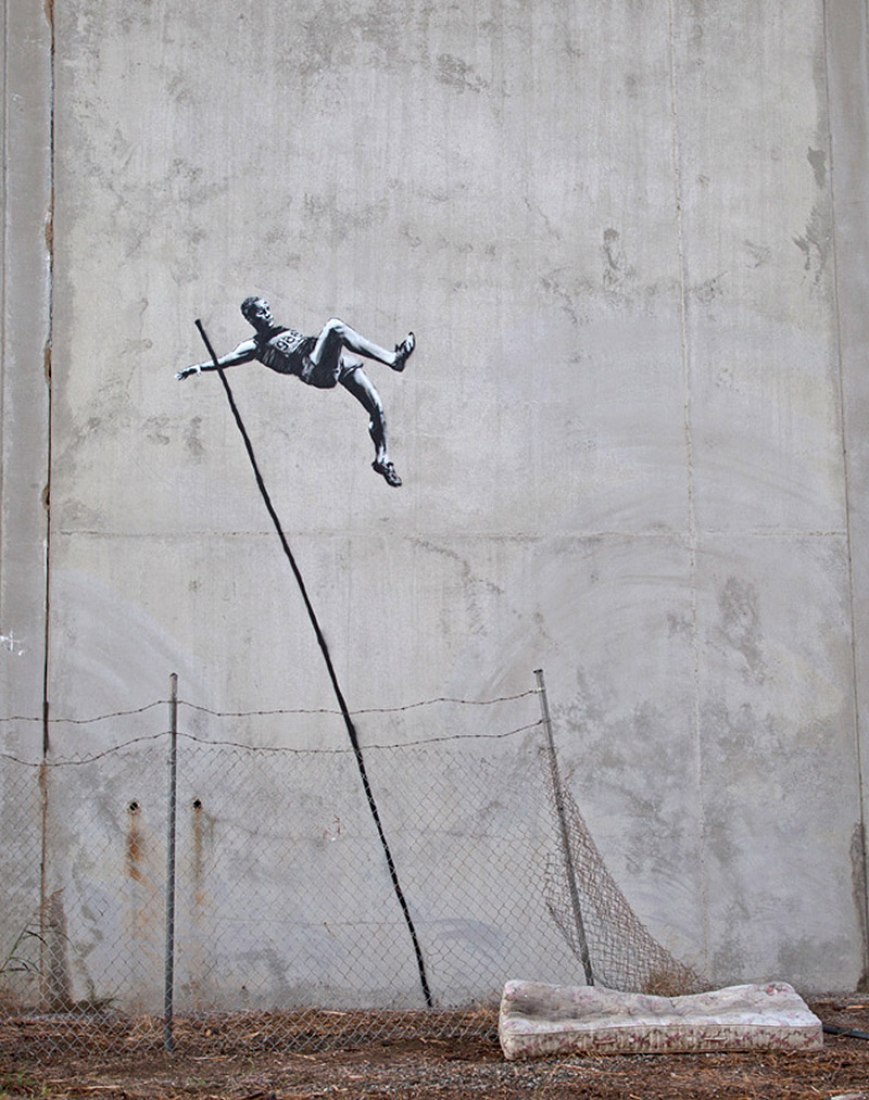 The area has not only been a matter to cleaning graffiti by the authorities, but has been heavily used by the army which has placed numerous missile launchers on rooftops of buildings of citizens (the neighbors have complained but the judges have given the reason the military).

On the occasion of this controversy, and defying  to the obsolete ideas of authorities (as always), one of the first images, that Banksy proposes, is missile launches, with the graffiti: "Hackney* Welcomes the Olympics" graffiti, showing an Olympian launching a rocket, instead of a javelin.

* Hackney is a neighborhood (twon) northeast of London. 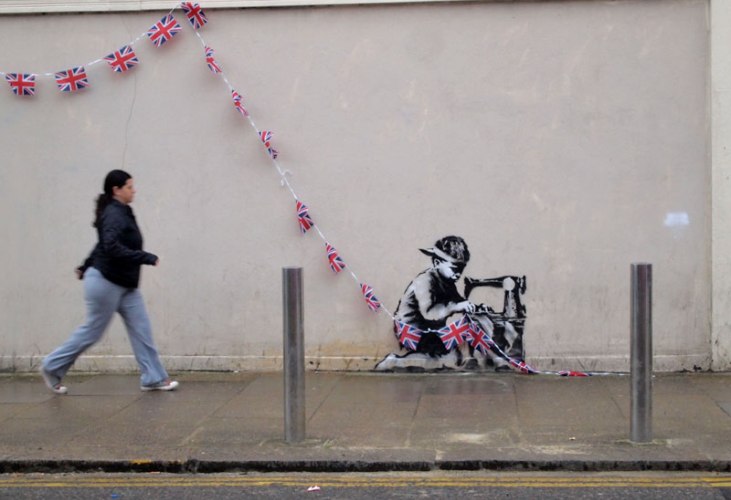 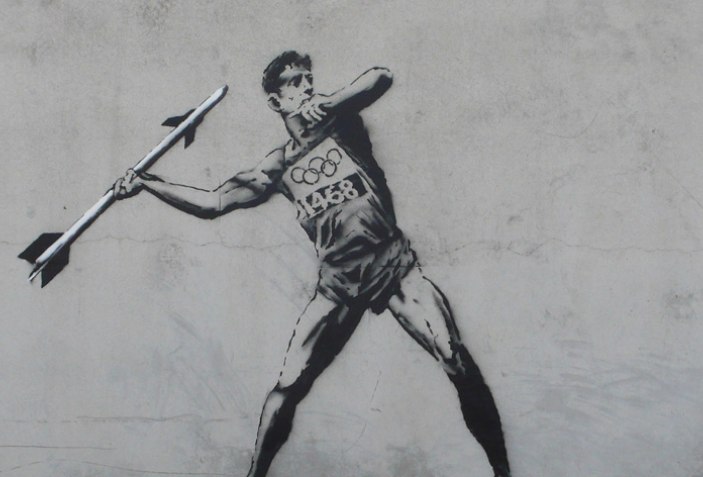 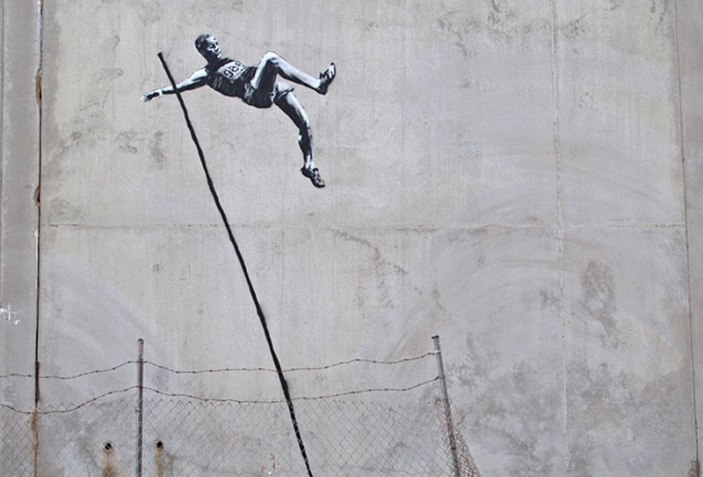 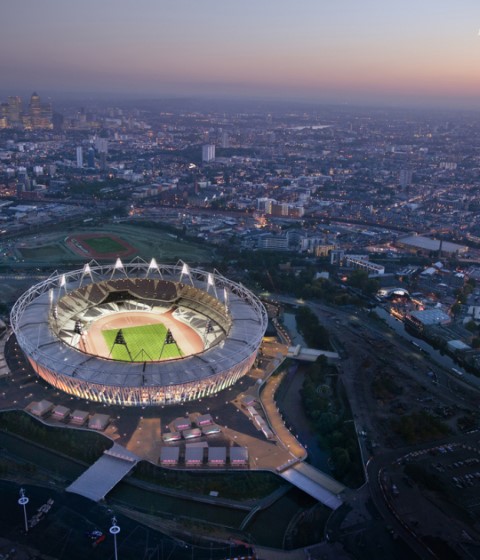 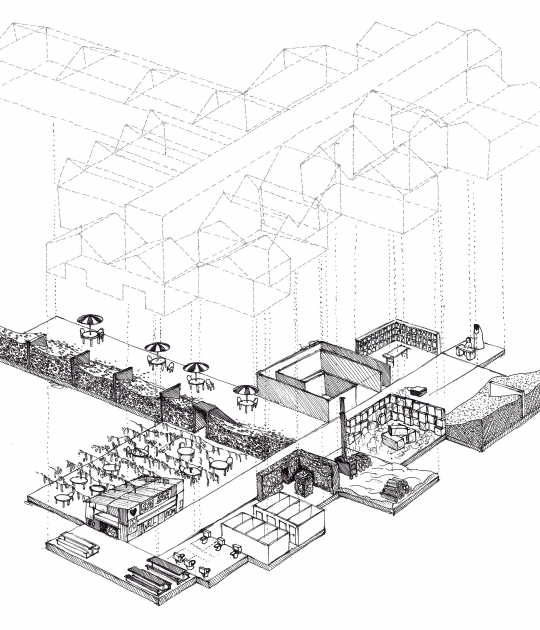 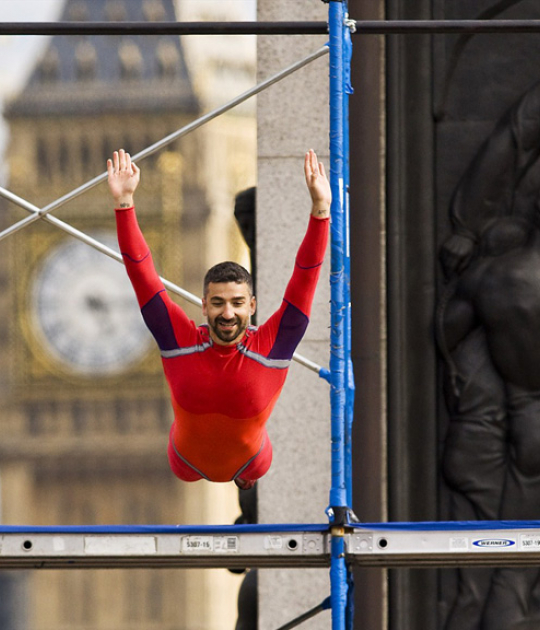 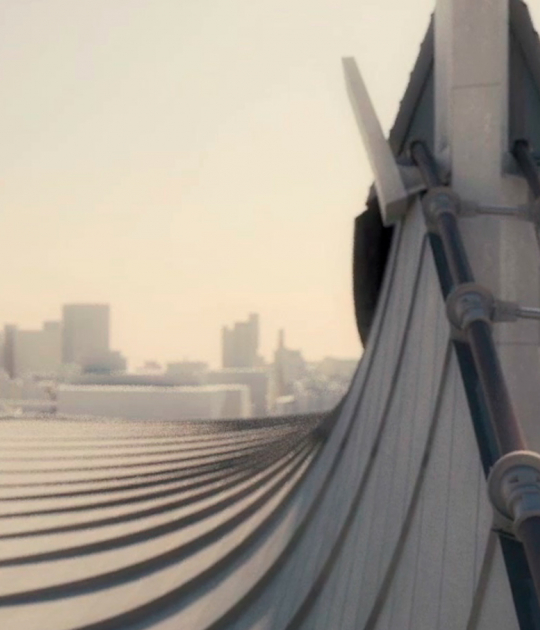 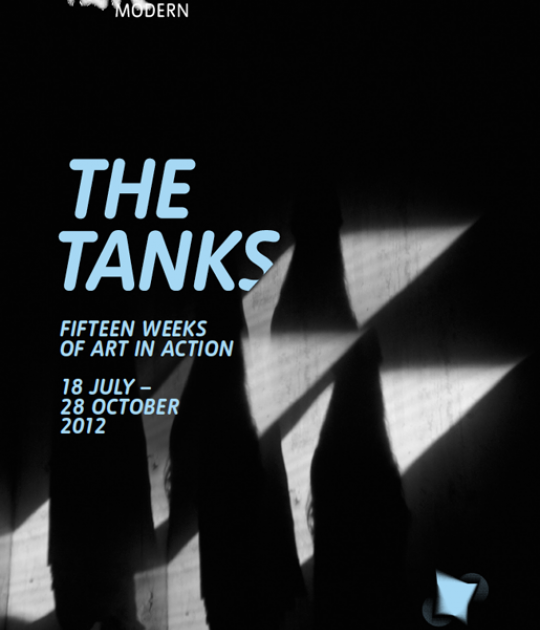