es
The exhibition commemorates 10th Anniversary of ASCER Ceramics Chair at UIC's ESARQ School of Architecture. The exhibition will be inaugurated at the Architects’ Association of Catalonia (COAC) on Thursday, 6 November 2014, with 20 ceramic works selected for the occasion and the presence of popular TV personality Òscar Dalmau. 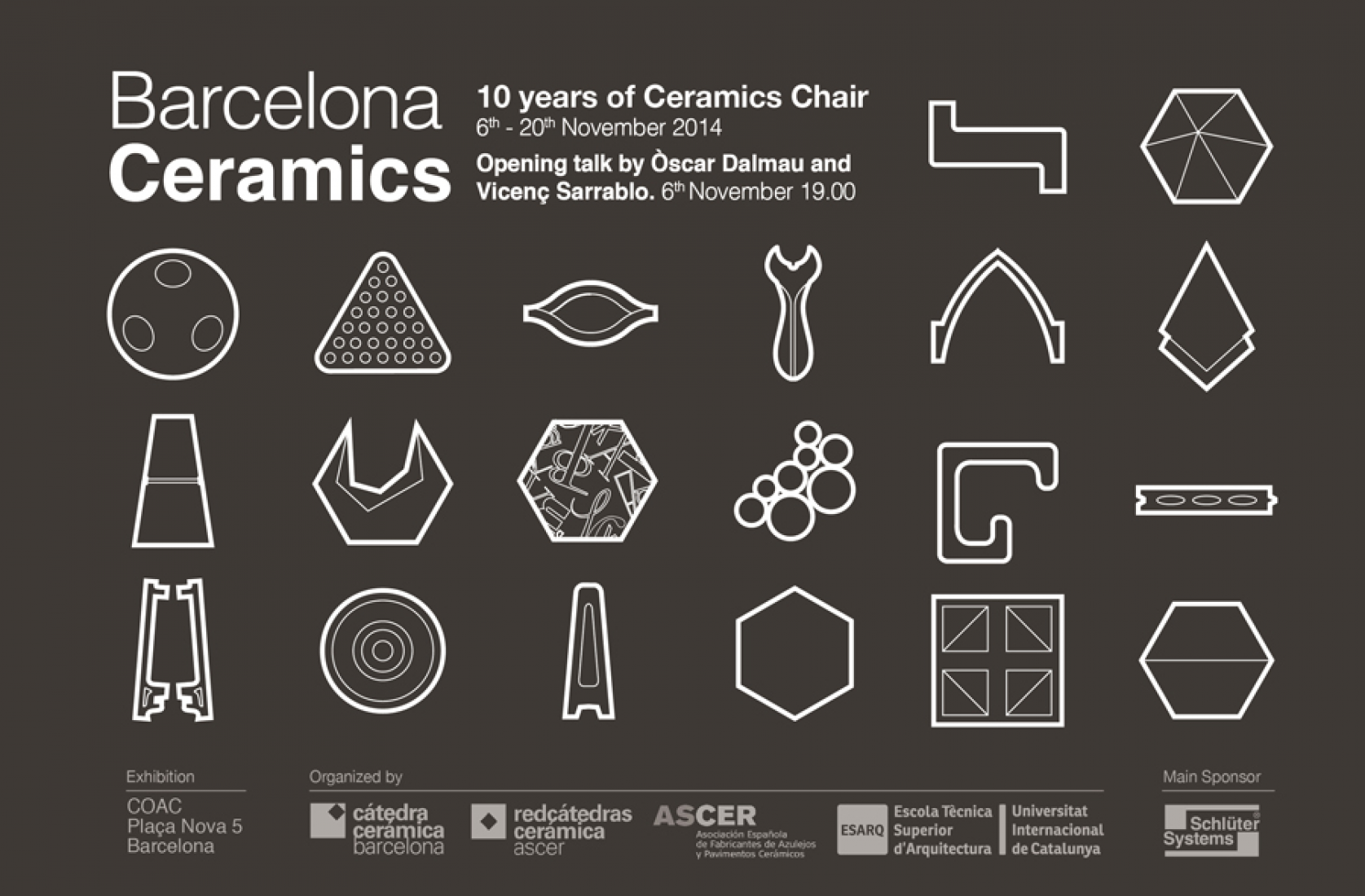 The exhibition BARCELONA CERAMICS is organize by School of Architecture at the Universitat Internacional de Catalunya (ESARQ-UIC) will inaugurate at hte Architects' Association of Catalonia (COAC) at 7 pm on Thursday, 6 November, 2014

The exhibition of ceramic items is being organized to commemorate the tenth anniversary of the ASCER Ceramics Chair at the UIC’s ESARQ School of Architecture. The Chair was created thanks to support from the Spanish Ceramic Tile Manufacturers’ Association (ASCER). The exhibition will highlight 20 proposals done by ESARQ students under the guidance of Chair lecturers. These 20 new ceramic formats were designed for new applications in the world of architecture that combine solid technique with a creative flair. Some of these designs are now protected by patents and utility models.

“The prototypes on display are awaiting visitors inside ceramic boxes that open up like a gift box. Above these display boxes, there will be ceramic stalactites hanging from the ceiling that will light up the pieces as if they were elaborate works of jewellery”, said Vicenç Sarrablo, the Director of the ASCER Ceramics Chair in Barcelona and an architect who specializes in ceramics.

In fact, most of the innovative works on display were highlighted in the specialized press and publications when they were first released and some of them even won competitions within the context of the Ceramics Chair. Others were also recognized at the Cevisama Lab international design competition in the Ceramic Design category. The ASCER Ceramics Chair in Barcelona has also achieved the unusual record of winning awards and special mentions in each of the last ten editions of this design competition.

The travelling exhibition will be on display at the COAC until 20 November 2014 and will then go to the Cevisama trade fair in Valencia, followed by the Liverpool School of Architecture, among other places. 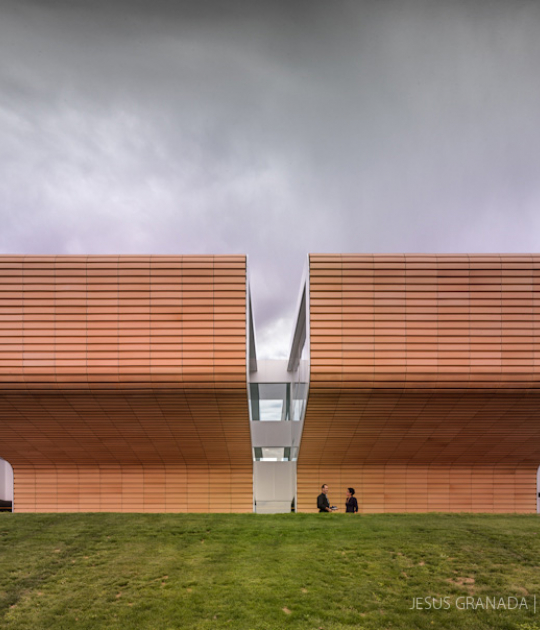 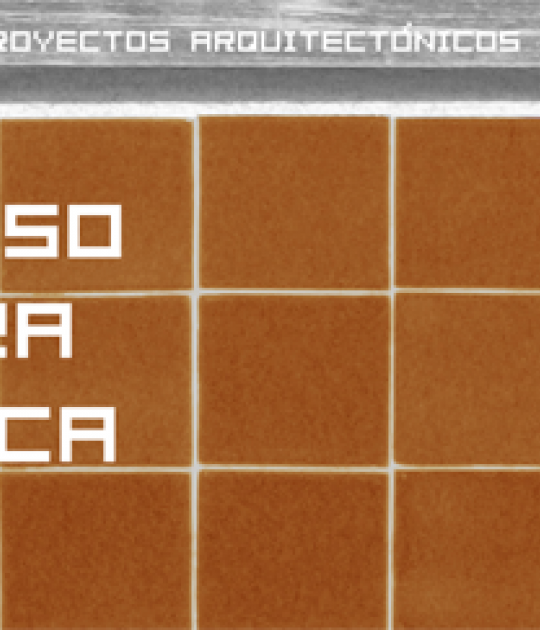 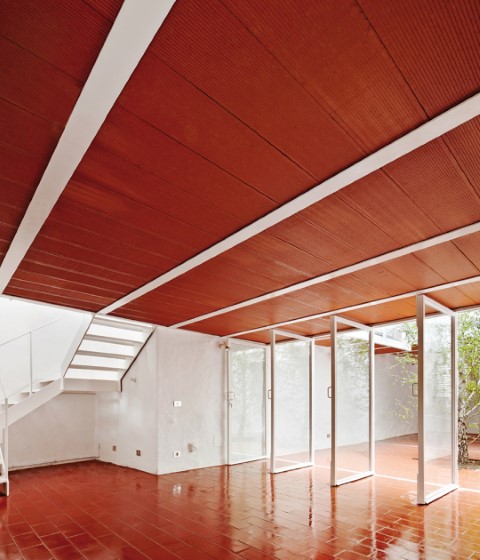 ARQUITECTURA-G receives the prize of the ASCER Tile of Spain 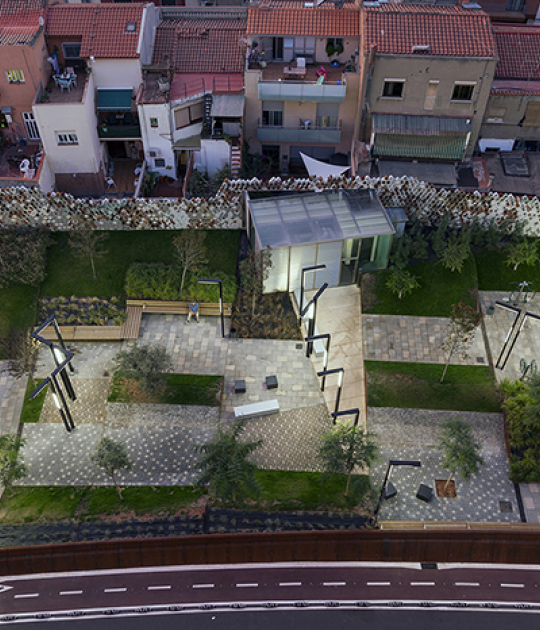 Pol Femenias Ureña receives the Prize of the ASCER Tile of Spain Awards.