Finally, the location of Eurovegas in Spain was announced yesterday. It seems like the Joker, the famous character of the Batman saga, could have attended the presentation ceremony. The images of the project included some inclined hotels, illuminated like nocturnal rays of light, that would represent the initial M of Madrid. 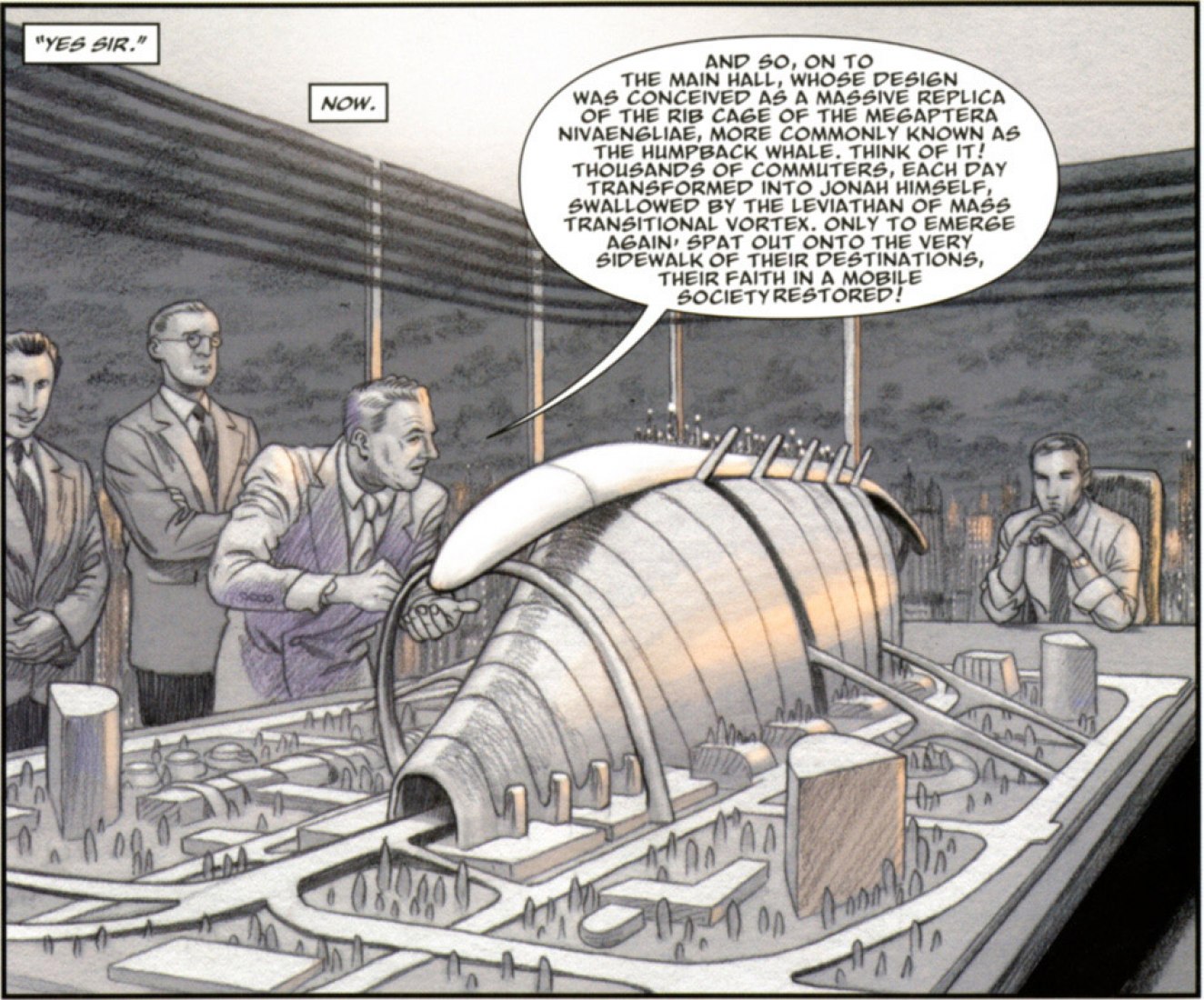 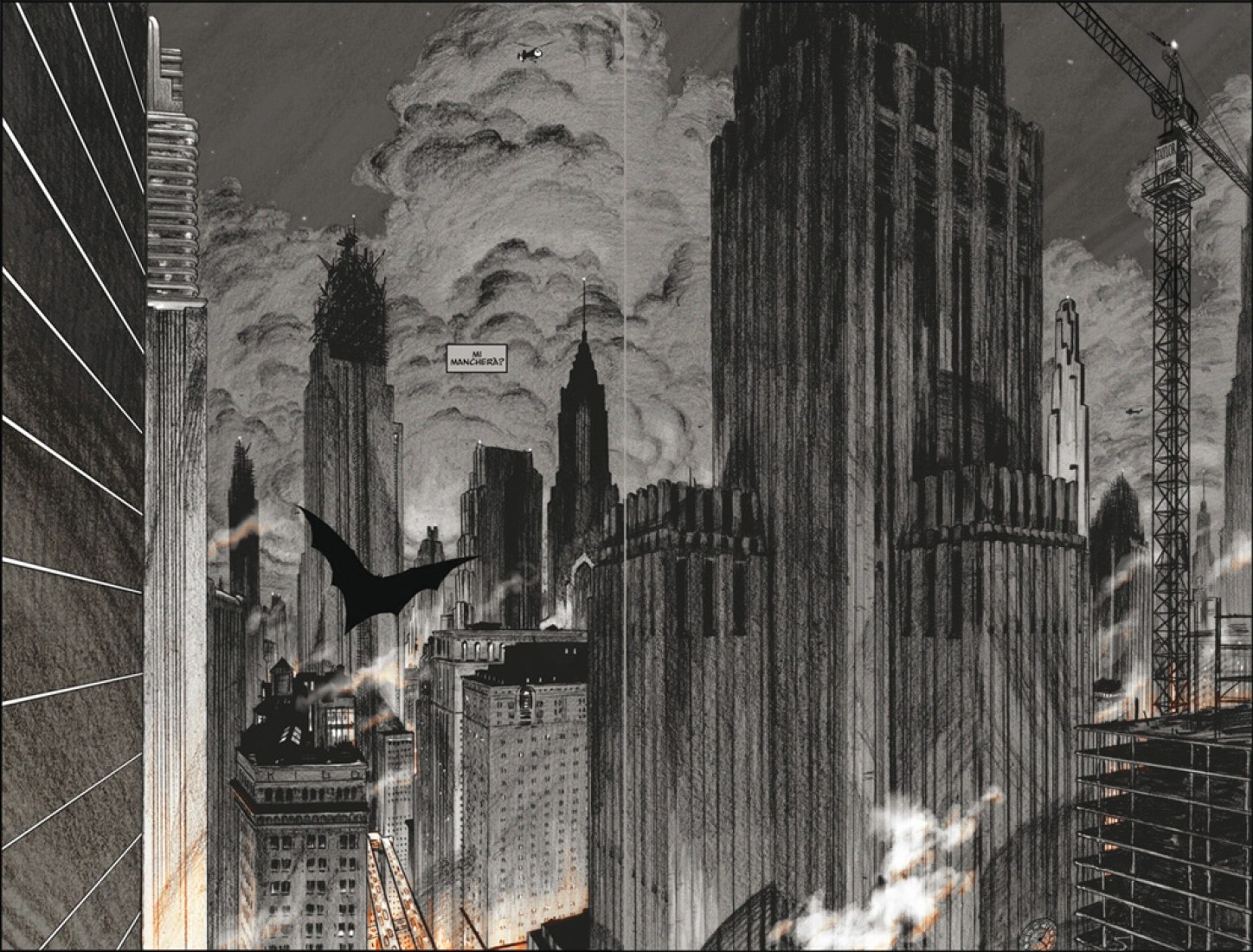 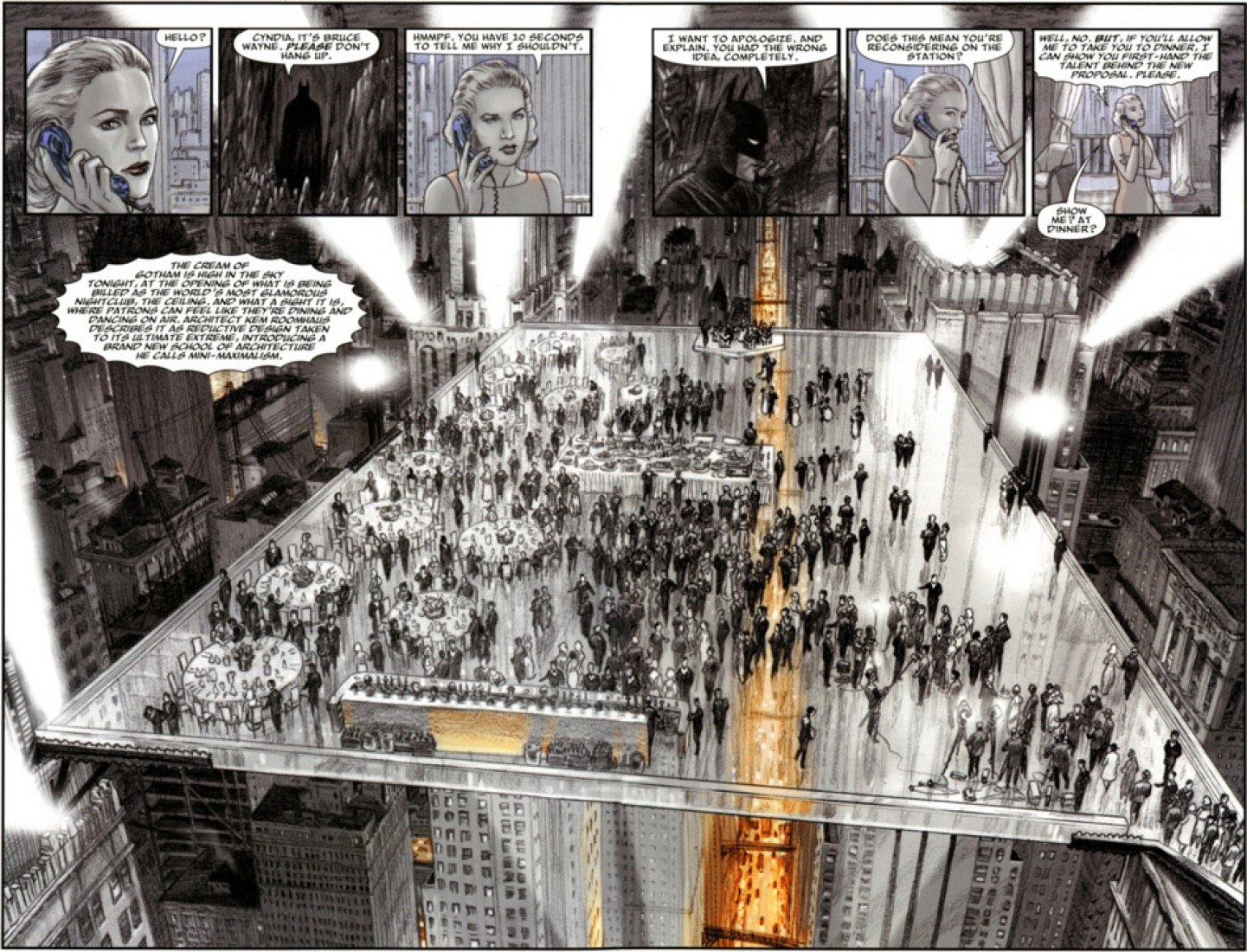 The party of construction companies, politicians and iconic acts in "Batman: Death by Design". Courtesy of DC Comics. 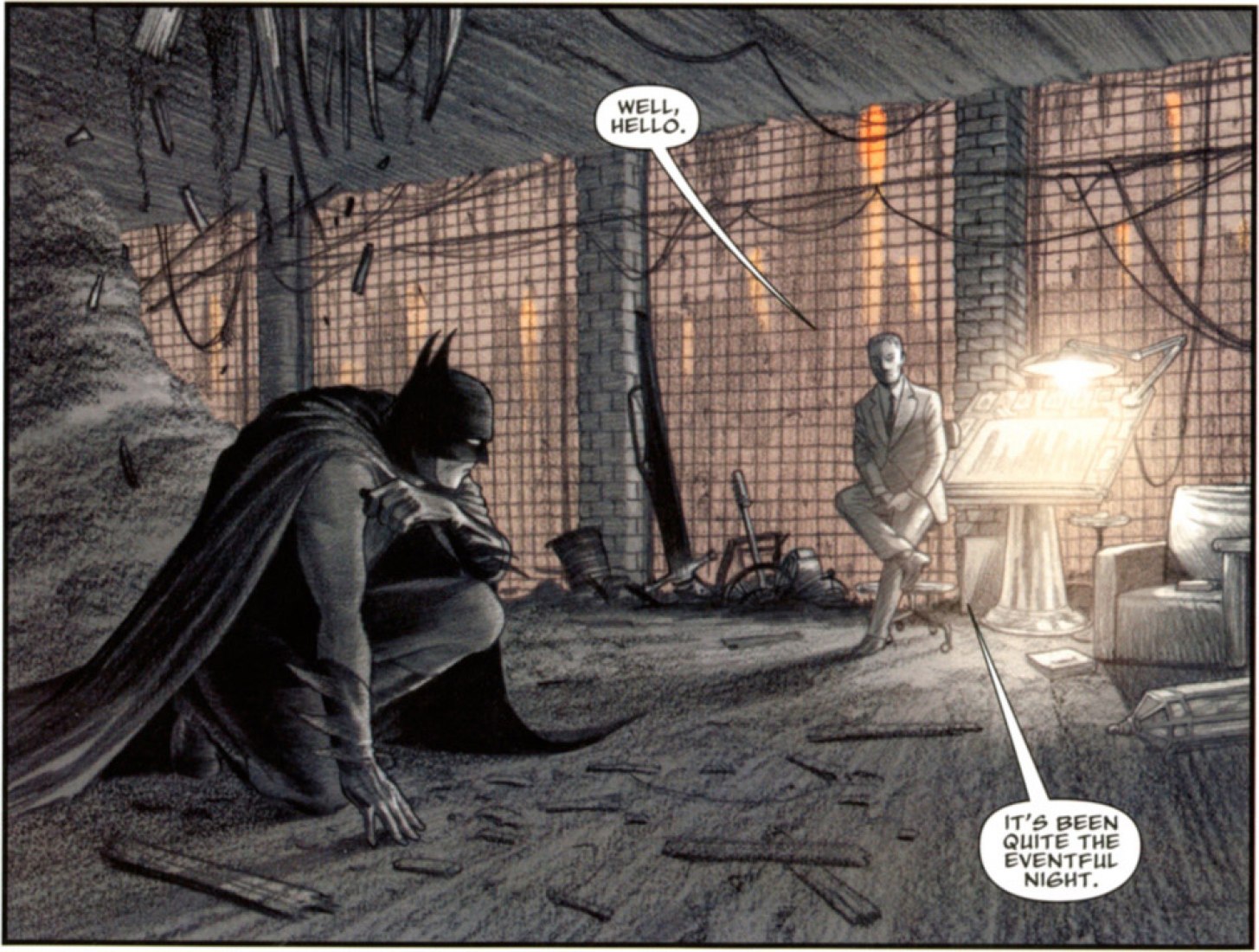 Batman and Kem Roomhaus. A panel from Batman: Death by Design. 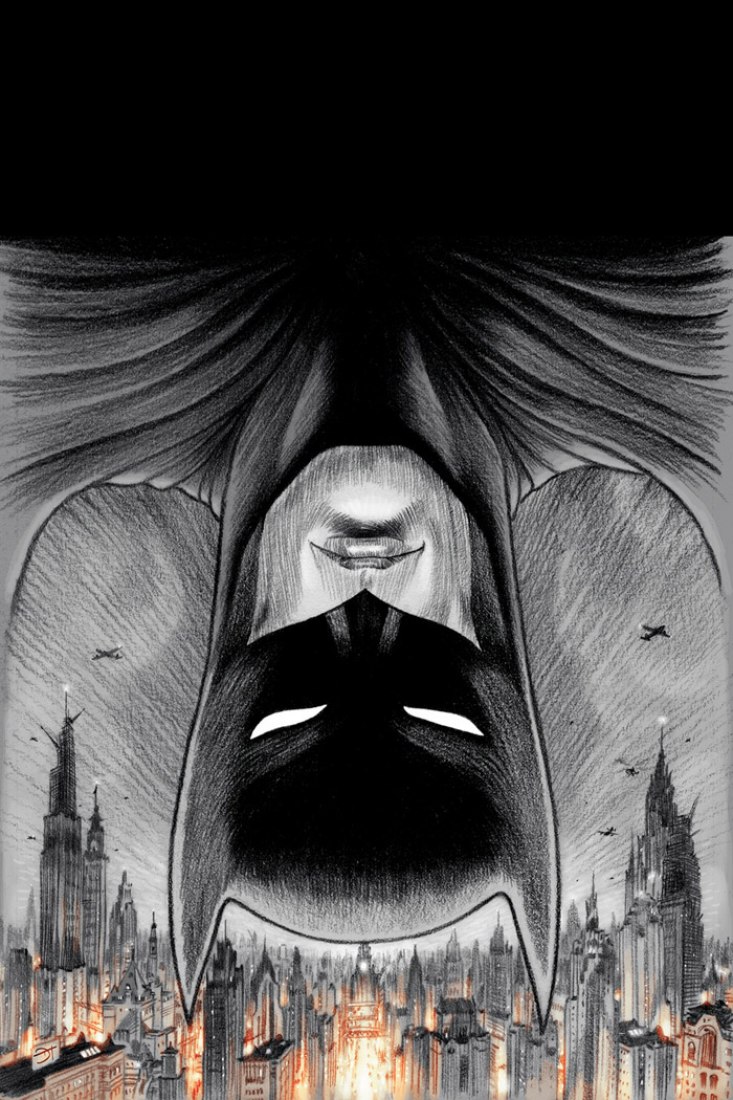 Cover from "Batman: Death by Design." Courtesy of DC Comics.

It was all so grotesque that I couldn't help but thinking of the last DC Comics graphic novel: "Batman: death by Design", the interpretation of which has been very discussed lately. It as published last May and it gathers the last adventures of Batman in Gotham City, saving the city from the empty promises of construction companies, colluding with politicians and using architecture and engineering for their own benefit. 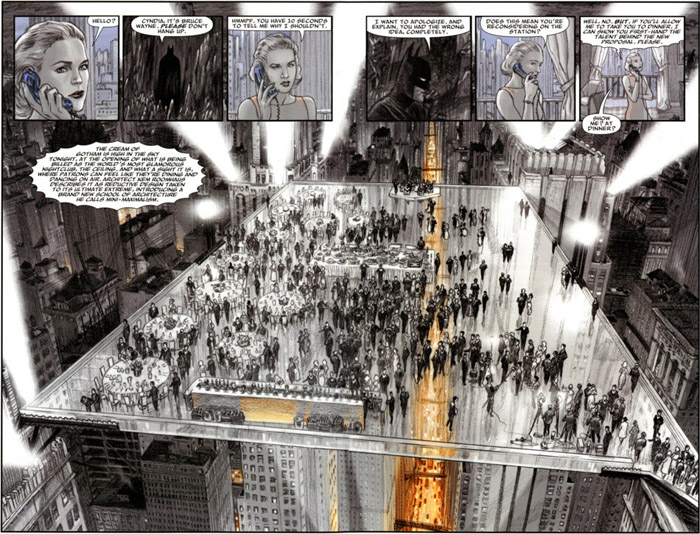 The party of construction companies, politicians and iconic acts in "Batman: Death by Design". Courtesy of DC Comics.

The parallel between the party on top of the transparent platform described in the book and the absurd situation provoked in the presentation ceremony yesterday seems too obvious: politicians, builders and developers dancing in an infinite loop.

Even when the Batman comic is a masterpiece and the show yesterday was just a grotesque pantomime, I will use the comparison as an excuse to review the last Batman publication. 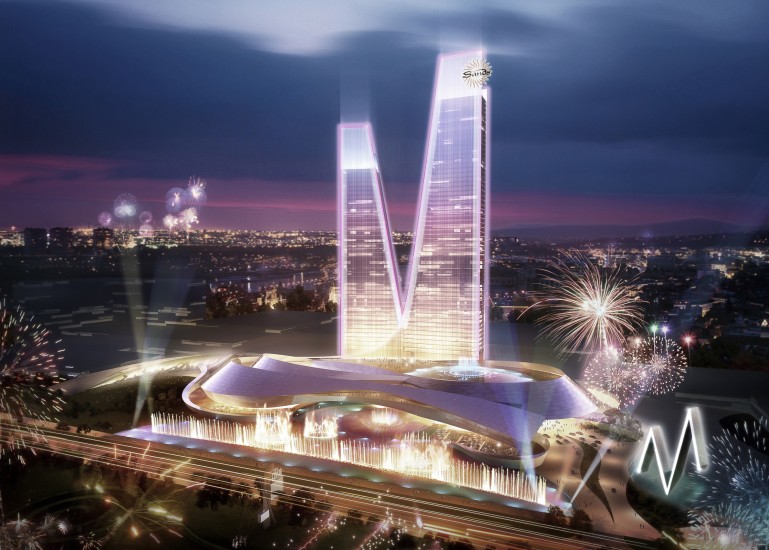 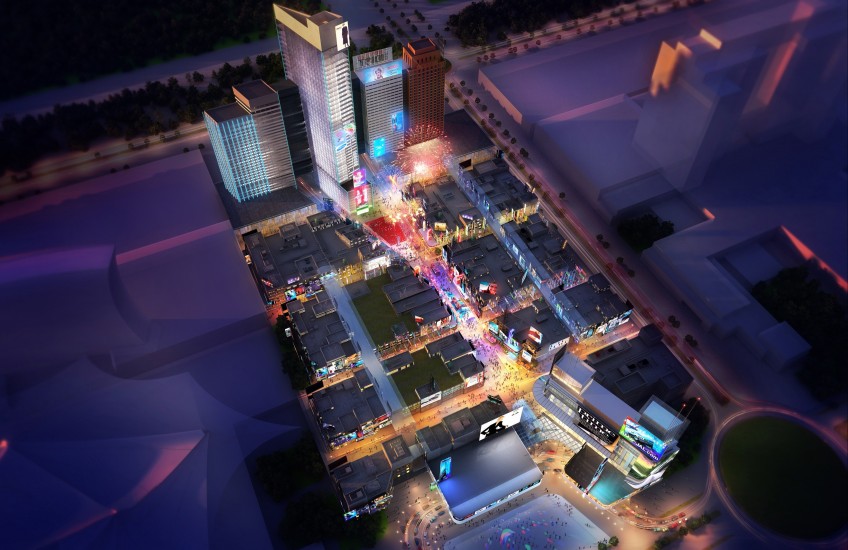 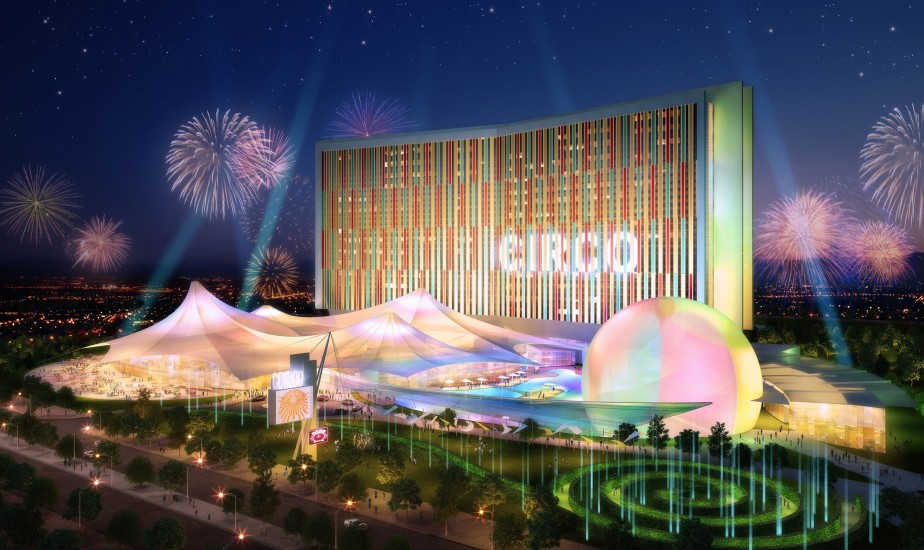 "Batman: Death by Design" is the product of the collaboration between scriptwriter Chip Kidd and draftsman Dave Taylor.

On one hand, Chip Kidd is a brilliant graphic designer, also widely known for being one of the most respected historians in the sector. He is the author of Batman Collected (1996) and Bat-Manga: The Secret History of Batman in Japan (2008), among many others. On the other hand, Dave Taylor is a British artist trained through the different Batman editions and projects for DC Comics.

One would presume that the union of two authors with this background means utter success. Some voices disagree: "Kidd can't write comics. The overexposure of information and the overuse of neverending dialogues to explain a complicated-not complex- plot, makes reading this comic an experience close to torture, once the first enthusiasm with graphics has vanished.  Not to mention the forced appearance of the Joker, who is out of place in this unexciting story that can only appeal to architecture students"

I cannot deny that the critic is mostly right. Why, then, has the failure among the Batman fans become a success for architects? Certainly not because of the essential- its particular view of the city, the selfish abuse of power of some agents and their simplistic proposals, that do not solve the city's problems but only benefit the powerful. There are other issues within the comic that fascinate us, like the passionate argument in favor of historic heritage conservation. there is also a tale with a moral about the arrogance of engineering, and a tribute to Hugh Ferriss (1889-1962) and his futuristic chiaroscuro drawings of skyscrapers. There is even a sharp critic to the architectonic star-system.

However, there is much more to it. One can keep reading, discovering and extracting many cross references. It's an utter pleasure: the cinematographic sweeps and compositions make you feel like you are in front of a tiny projection screen. The rythm of the story is constantly readjusted, ranging from the overcrowding of frames in a page to double-page images. All in all, it proves that the whole setting of digital dodges and 3-D effects in current action movies are nothing compared to the imagination of a first-level artist and his pencil. The predominant tone is a warm sepia that creates a gradation between faint and dramatic sources of light, as in film noir. In the same line, the dialogues written by Kidd remind of the jokes in B movies from Hollywood's golden age. 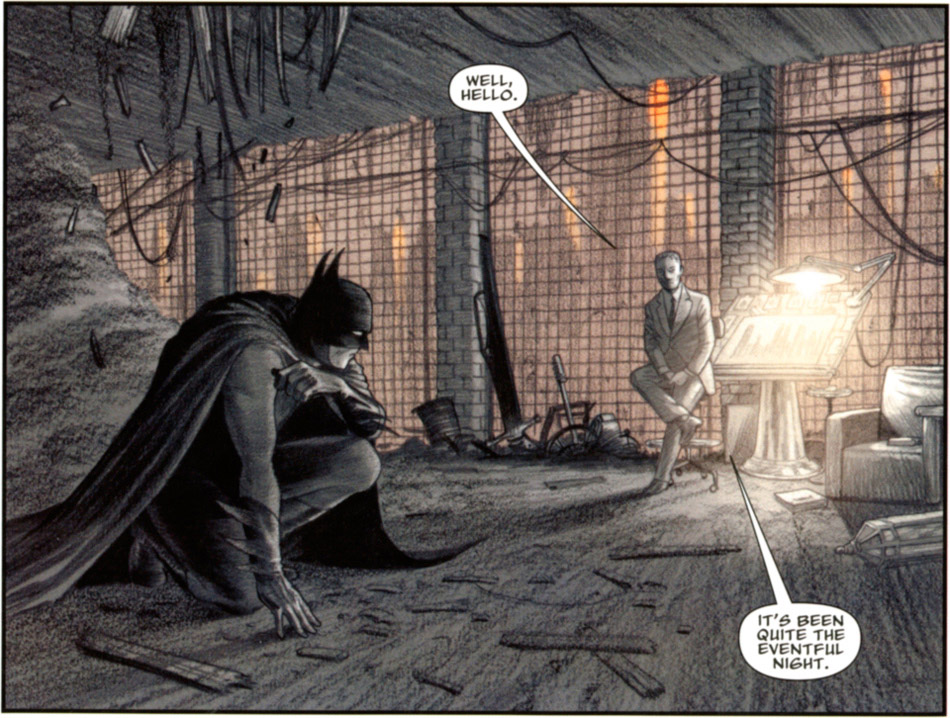 Batman and Kem Roomhaus in "Batman: Death by Design". Courtesy of DC Comics.

The plot continues with a series of complex twists, all of it surrounded by an atmosphere of anacronic ambiguity that reminds of the retro-futuristic film Brazil (1985) by Terry Gilliam, or the mythic Blade Runner (1982) by Riddley Scott.

However, what caught my attention was the sharp portray of a Dutch master builder called "Kem Roomhaus". His name resembles that of Rem Koolhaas, yet his looks are more like Daniel Liebeskind's. Roomhaus' visionary project to replace Wayne Central Station with a massive replica of the rib cage of a a "Megaptera nivaengliae" (commonly known as Humpback whale) is really a satire of the 3,8 thousand million dollar project for the Transportation Hub of the World Trade Center plot in Manhattan, designed by Calatrava and currently under construction. Or maybe it refers to the City of Culture in Valencia, a multi-millionaire project that is now falling apart.

"Death by Design" is really a critique to nonesense overdesign, interventions of the kind that BIG would conceive or the destruction of the city disregarding recycling and reuse, like in the case of Penn Station in Manhattan. I've been saying for years that the city is a group of individual parts that belong to the whole society and cannot be the property of any individual or group. The iconic and grotesque representations or the many Eurovegas in the world only lead to disaster. The same hopes were put on the Spanish Land Law of 1998: it was meant to be the solution to the problem of dwelling, bringing economic benefits too. Fifteen years later, we know that it only brought benefits to a few pockets, taking advantage of the whole society. Well, this is the same nonesense again. 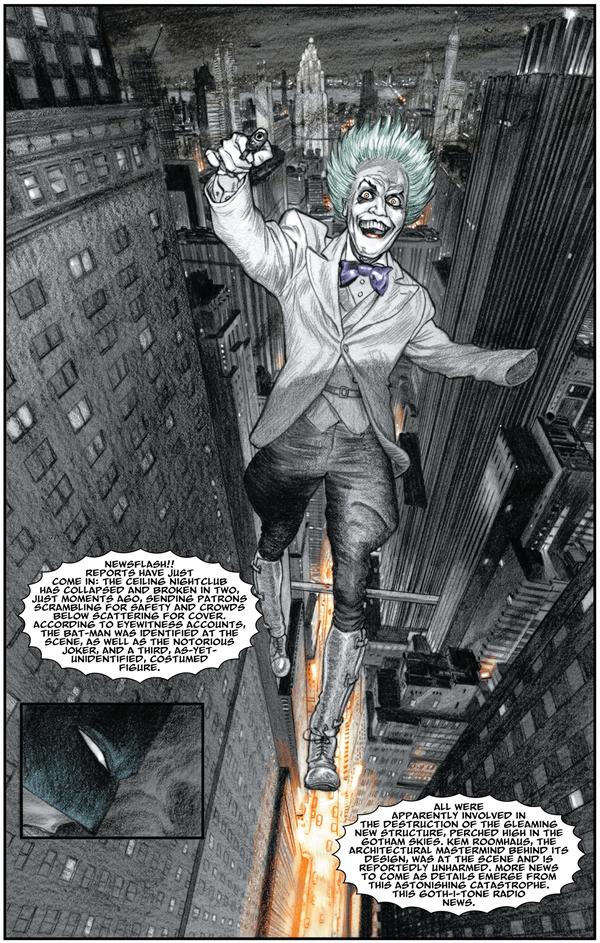 Joker, Carnival, Eurovegas, all at once ¿? 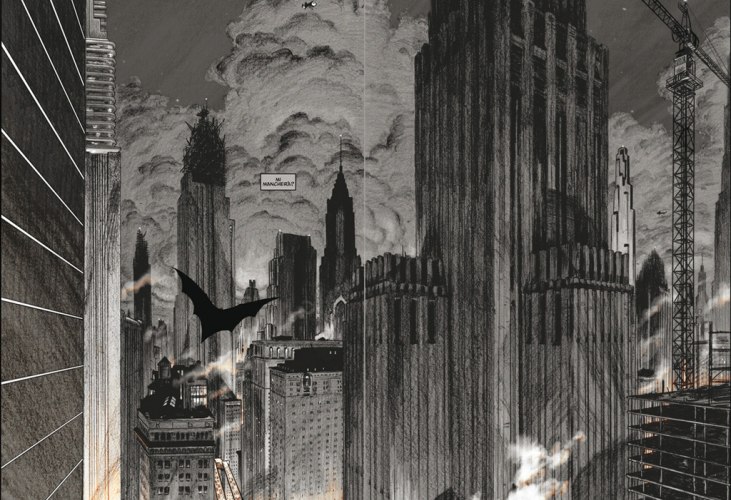 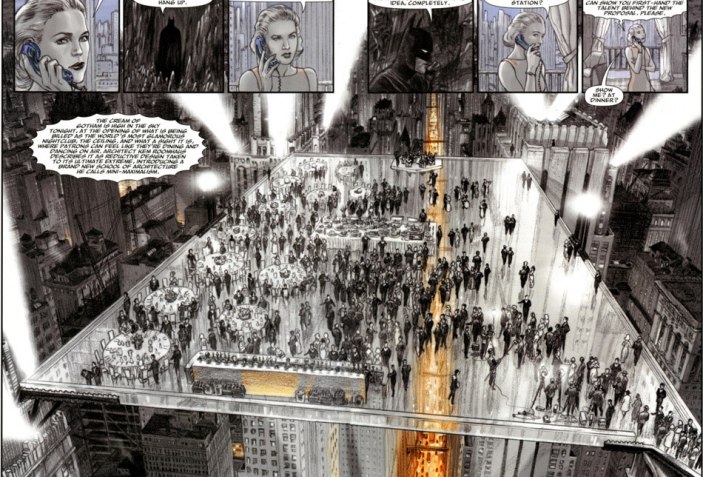 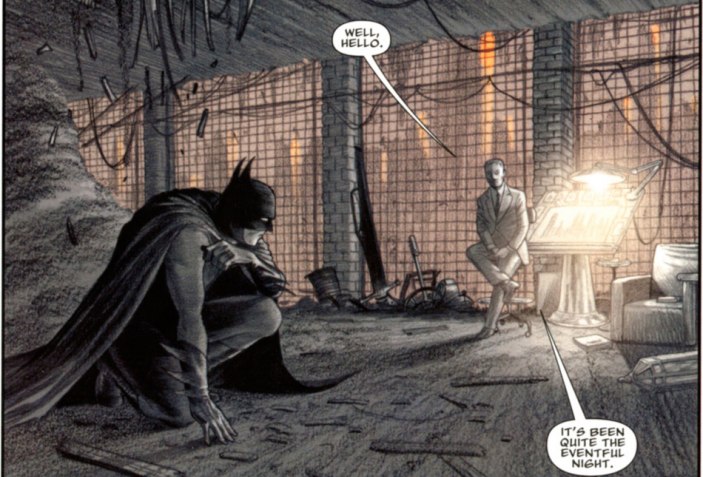 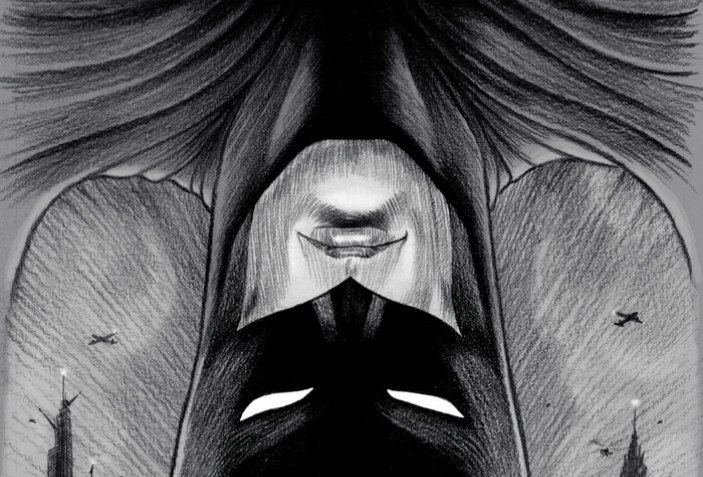 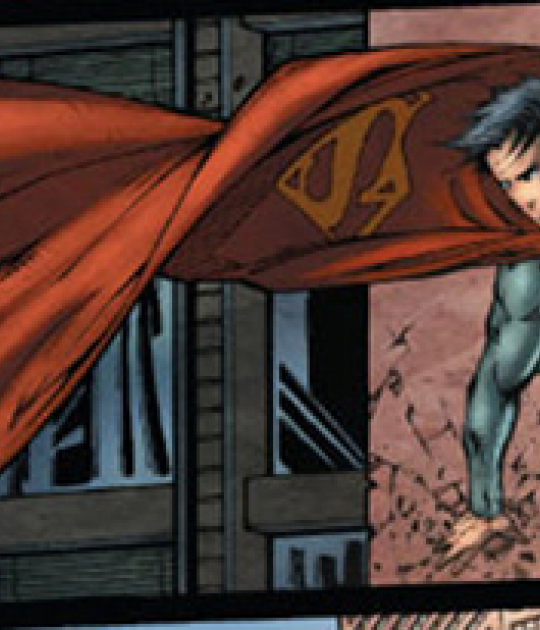 SUPERHEROES AND SUPERVILLAINS A DAY IN COURT. 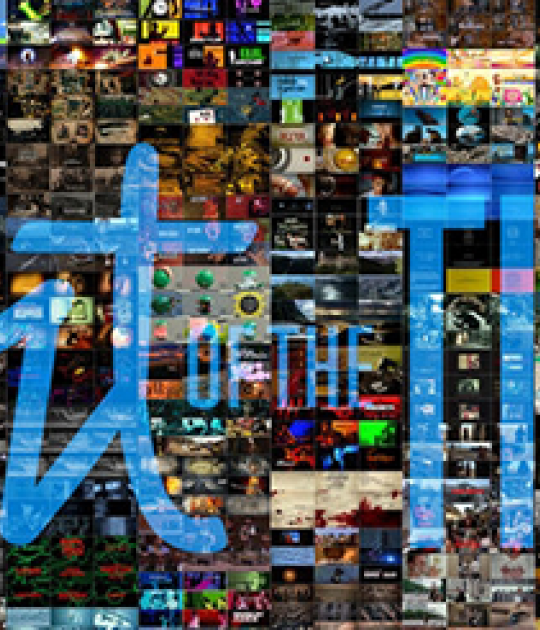 A Brief History of Title Design 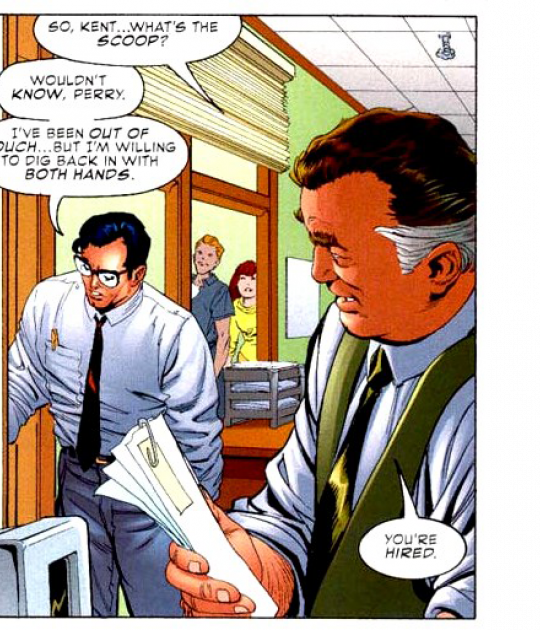 Clark Kent leaves the "Daily Planet" and goes to the Web