Jencks was one of the great interpreters and theorists of the architecture of the last third of the 20th century. Author of countless writings  known for his interest in post-modernism, between his books include The Language of Post-Modern Architecture, The Universe in the Landscape and The Architecture of Hope. Important works from the 1970s that helped to define and recognize the important shifts in architectural thinking that had taken shape as the postmodern era was getting underway. 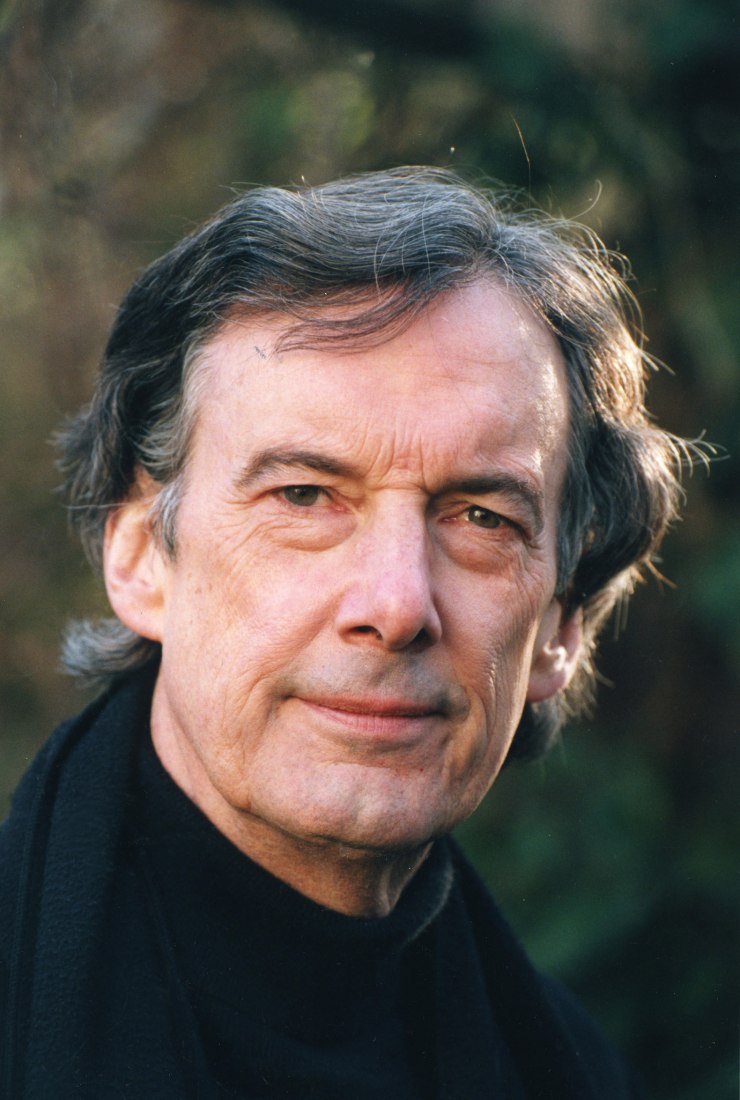 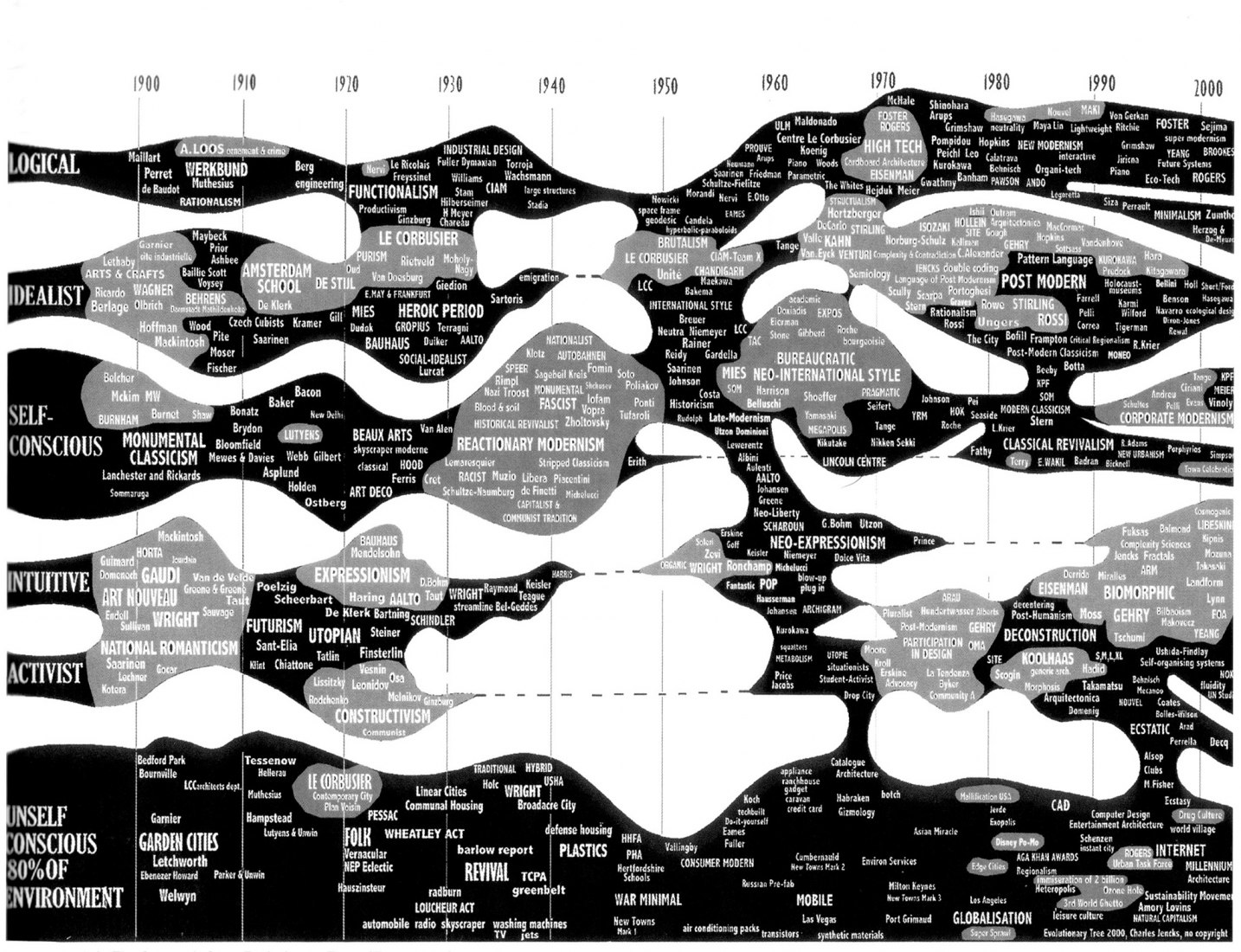 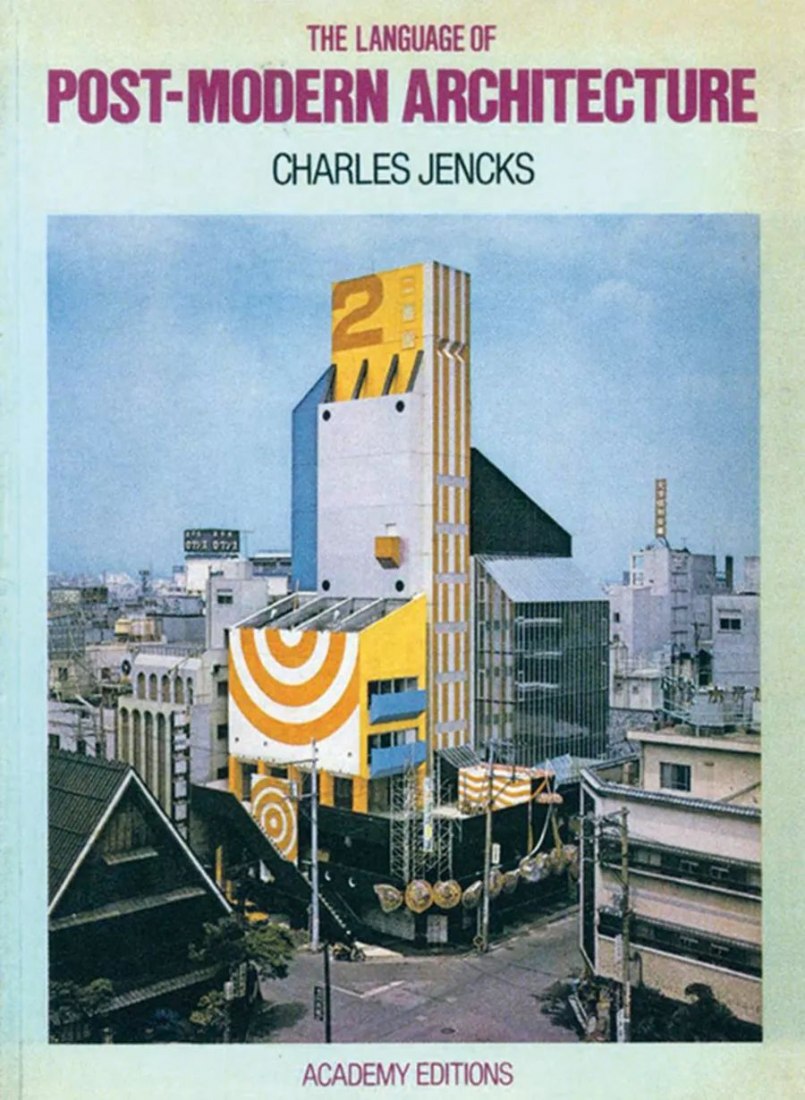 Cover, The Language of Post-Modern Architecture. 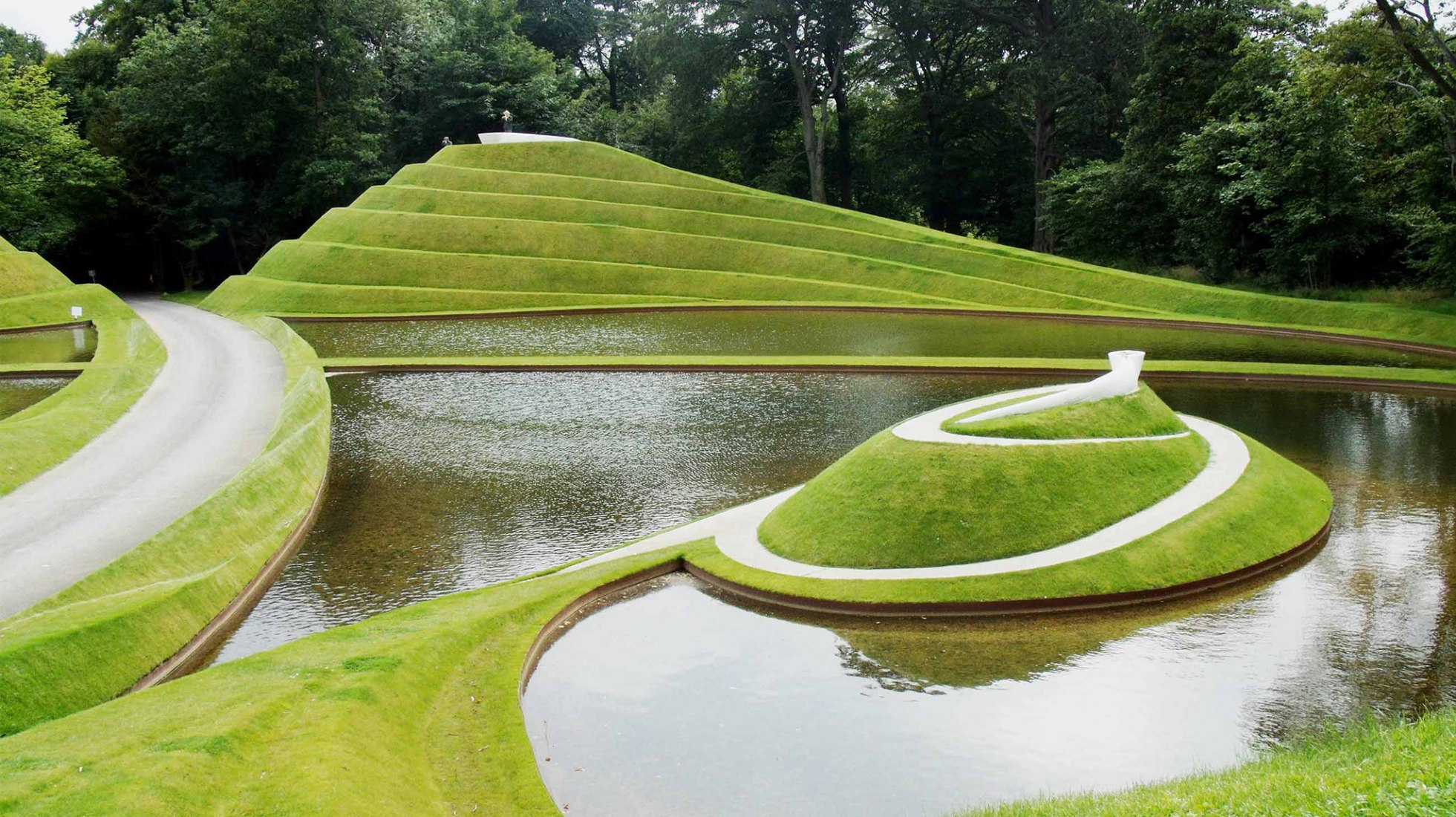 Jupiter Artland is a contemporary sculpture park and art gallery in Edinburgh, Scotland. 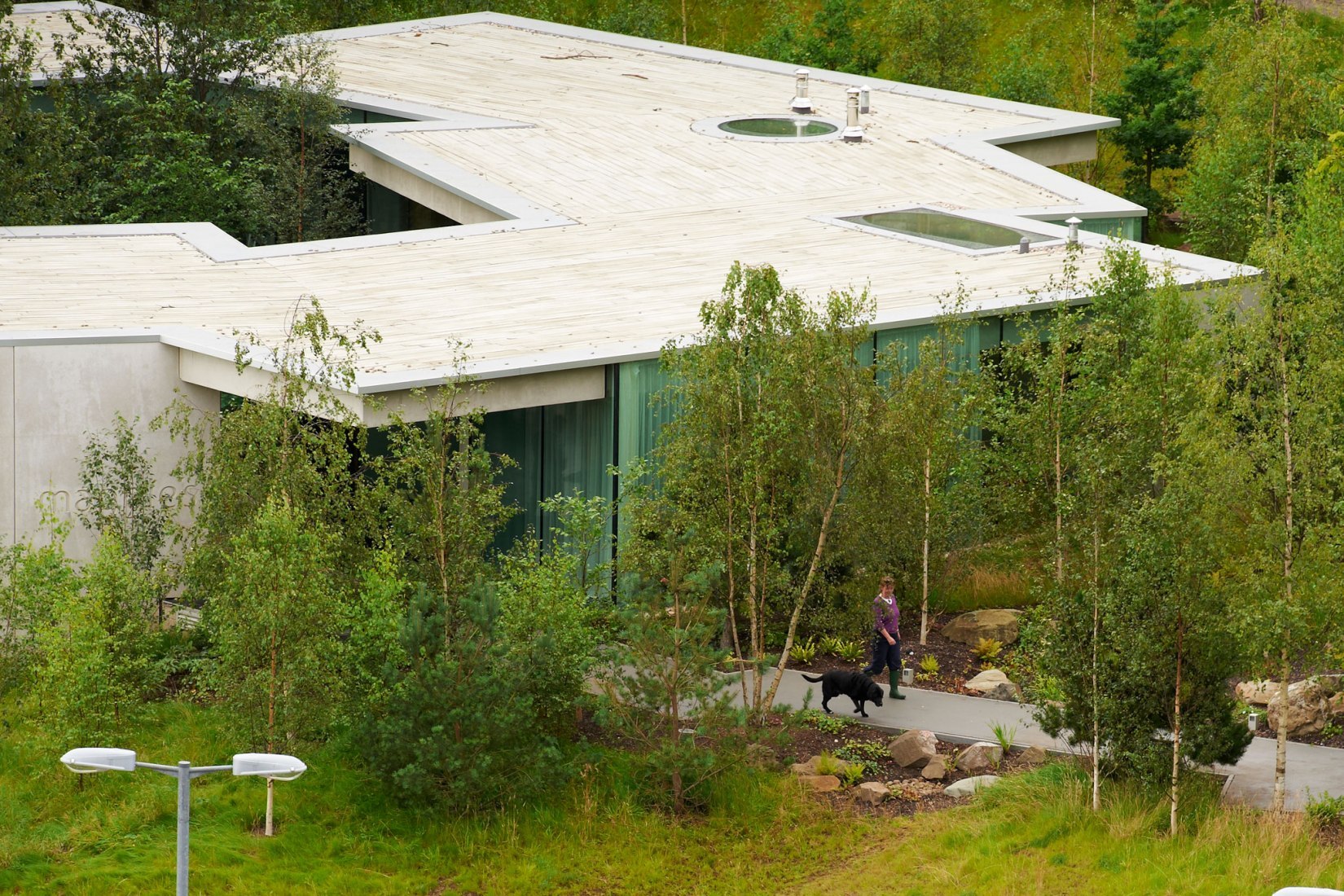 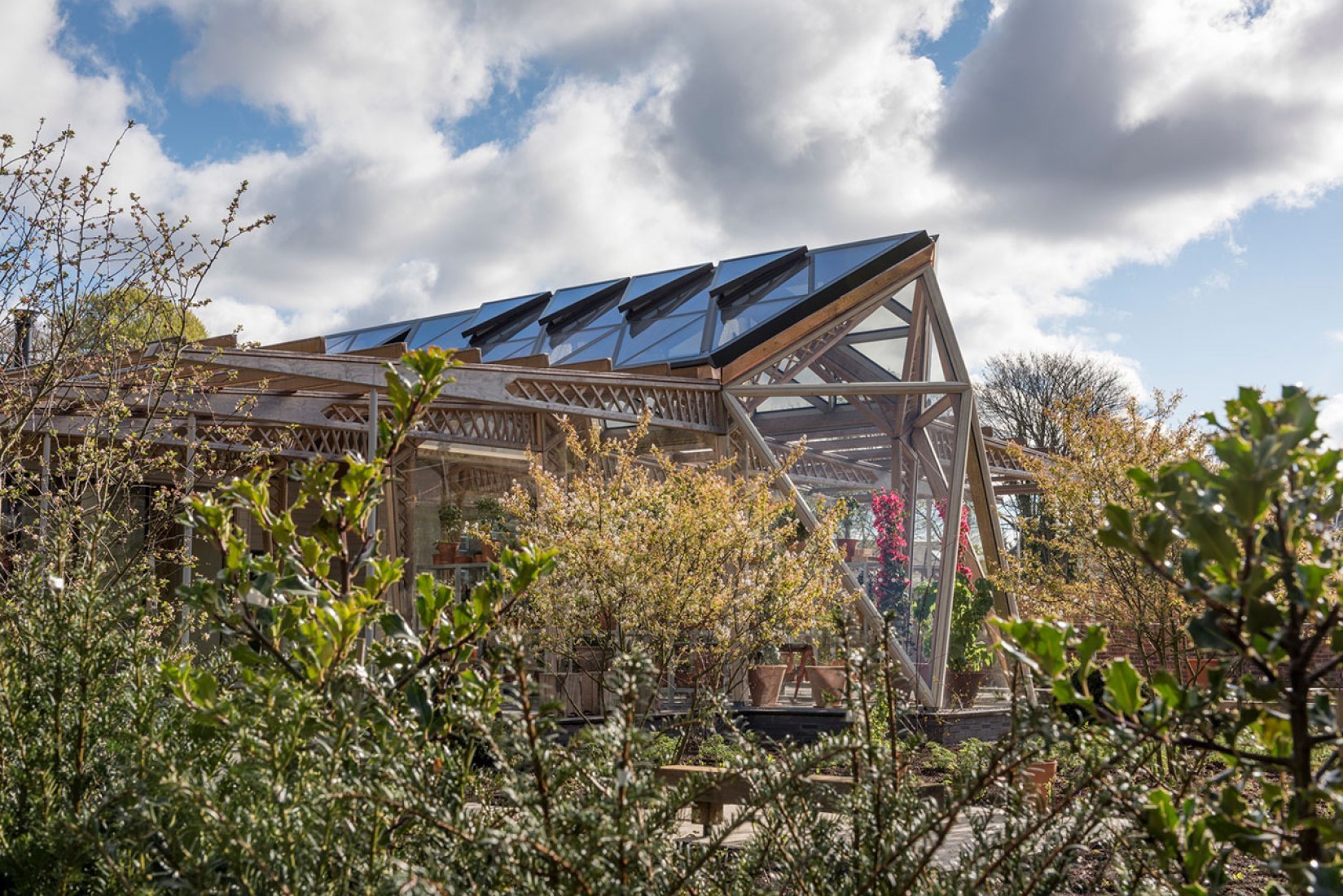 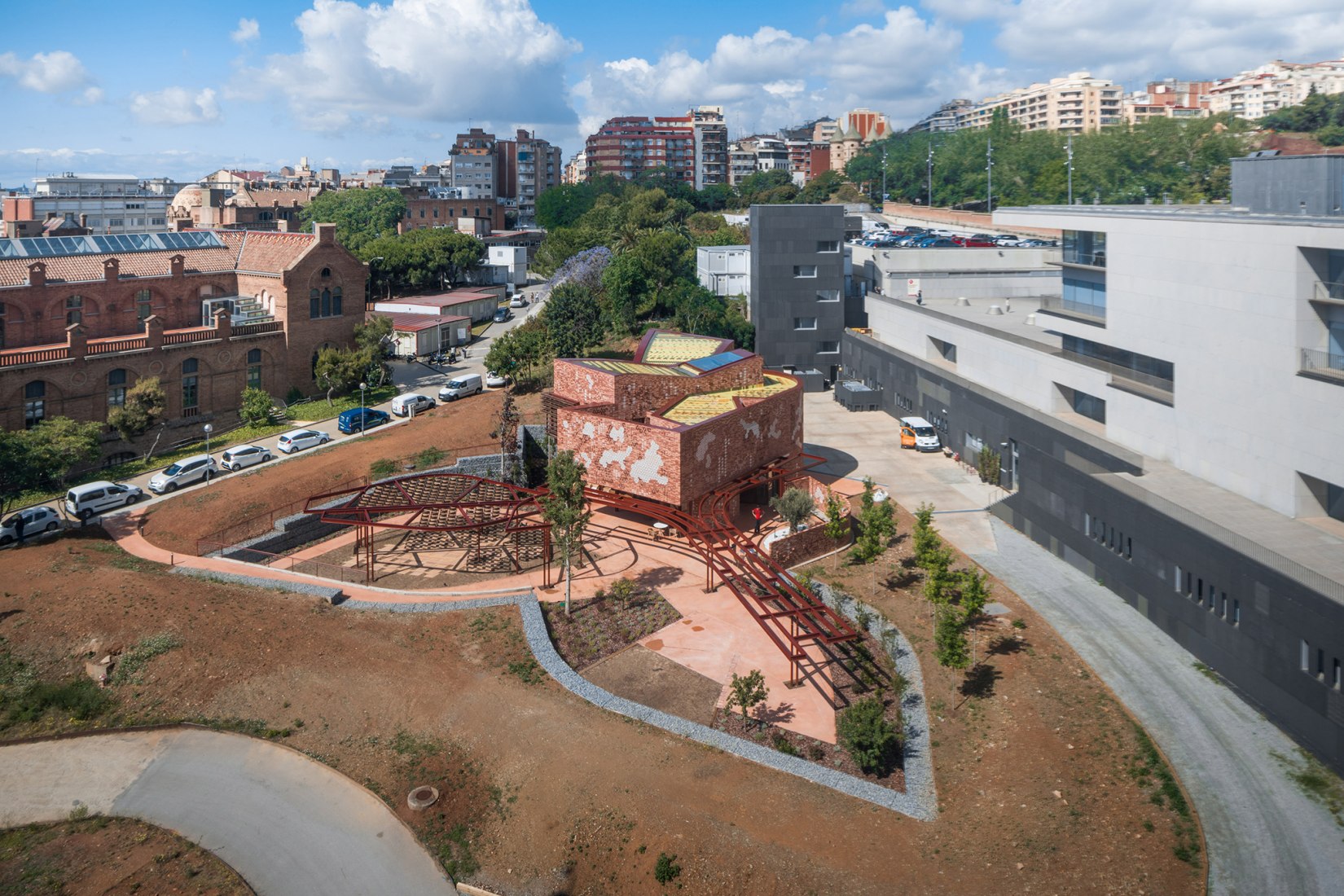 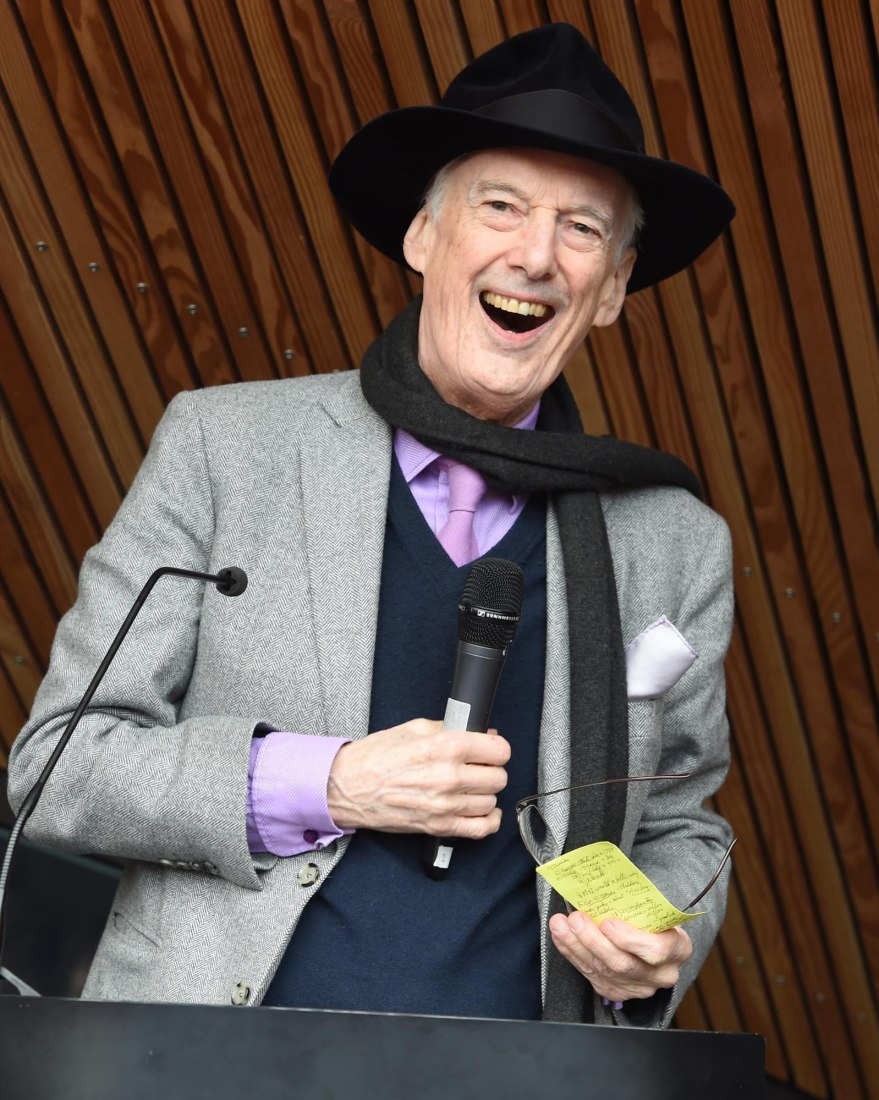 One of his most popular sentences, demagogic and against the modern movement/ modernism was:
"Modern Architecture died in St. Louis, Missouri on July 15, 1972 at 3:32 PM (or thereabouts) when the infamous Pruitt-Igoe scheme, or rather, several of its slab blocks, were given the final coup de grace by dynamite. Previously it had been vandalized, mutilated, and defaced by its inhabitants, and although millions of dollars were pumped back, trying to keep it alive (fixing the broken elevators, repairing smashed windows, repainting), it was finally put out of its misery. Boom, boom, boom."

He was due to chair an event at the RIBA next month at which USA-Spanish practice Ensamble Studio will receive the RIBA Charles Jencks Award. The prize was set up to honour an individual or practice which has made a major contribution internationally to both the theory and practice of architecture.

With his late wife, Maggie Keswick, he co-founded the expanding network of Maggies cancer care centres.

Jencks’ home in Holland Park was grade I listed by Historic England in 2018 and plans are underway to convert it to a museum and archive called The Cosmic House. Bookings are due to open at the end of next year. 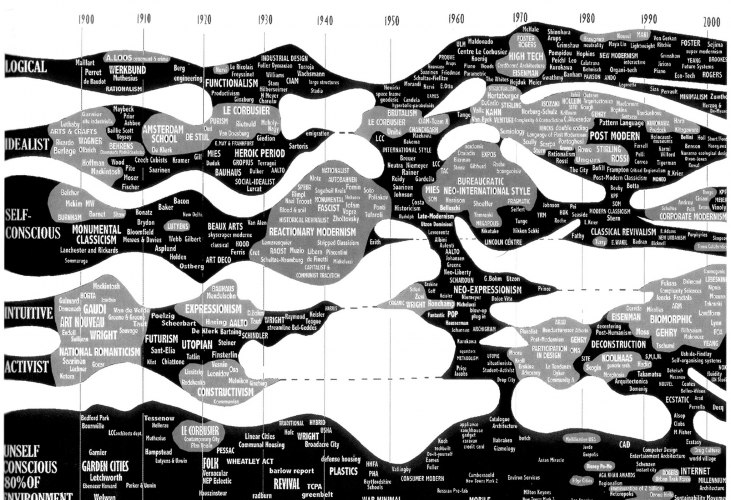 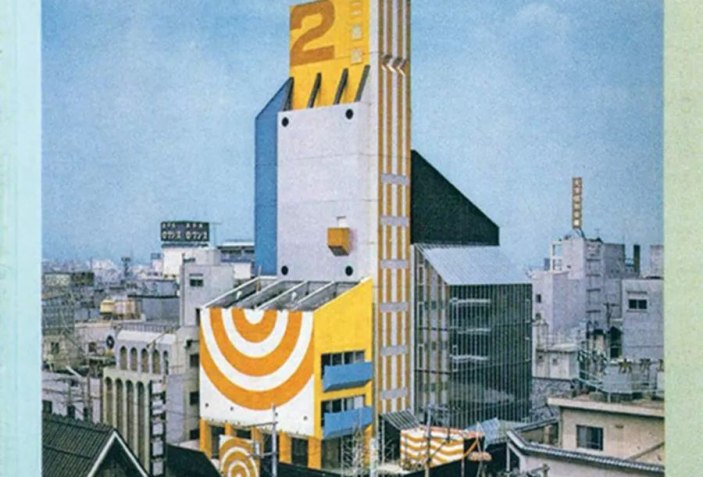 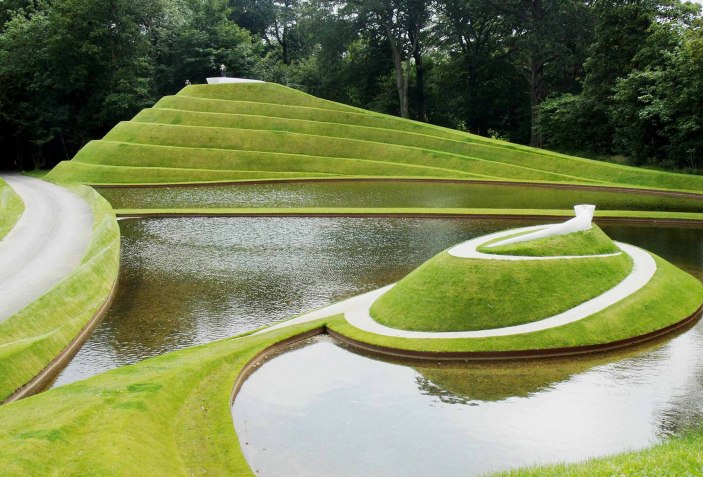 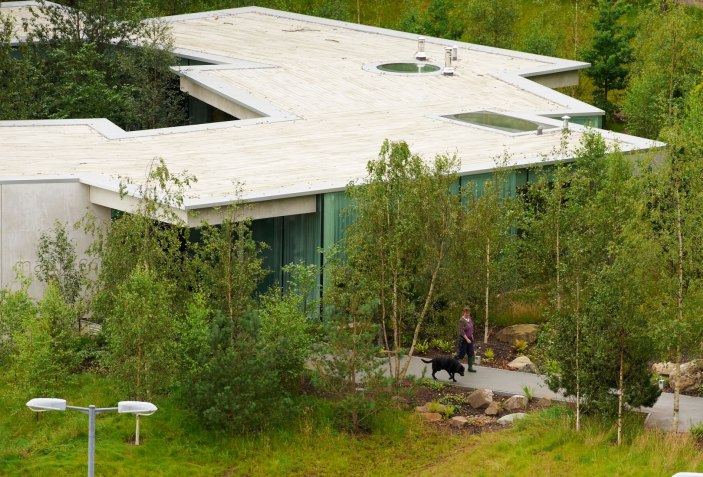 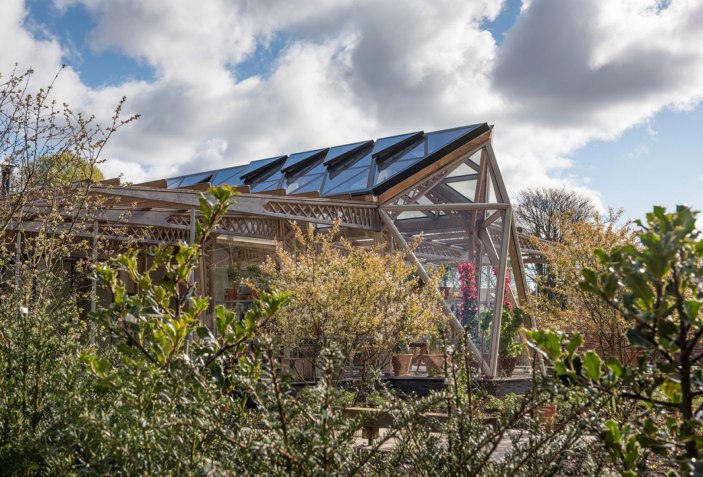 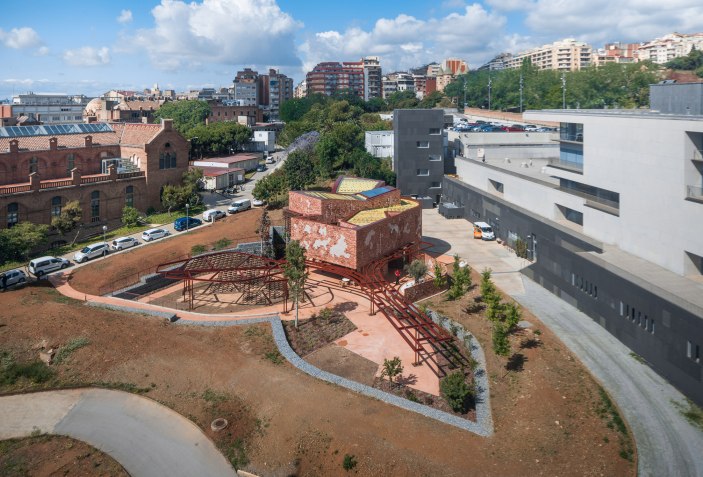 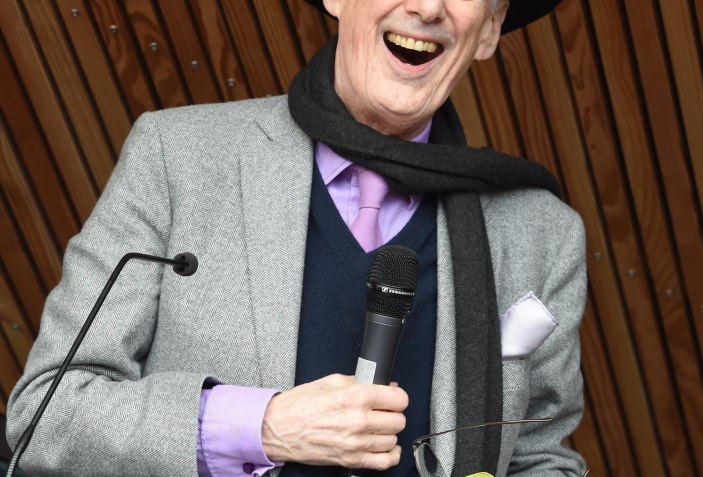 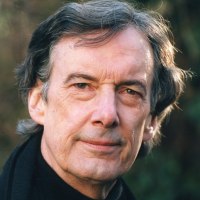 Charles Alexander Jencks (Born in Baltimore, Maryland, on June 21, 1939 – London, 13 October 2019) was an American cultural theorist, landscape designer, architectural critic and historian, and co-founder of the Maggie’s Cancer Care Centres. He published over thirty books and became famous in the 1980s as theorist of Postmodernism. His best-selling books include The Language of Post-Modern Architecture, Adhocism, The Architecture of the Jumping Universe and The Architecture of Hope (on Maggie’s Centres). Scotland is home to several of his most exciting landscapes including The Garden of Cosmic Speculation and Jupiter Artland, outside Edinburgh, where the ad hoc sculpture Metaphysical Landscapes was exhibited 2011. His most recent project The Crawick Multiverse, 2015, commissioned by the Duke of Buccleuch, culminates annually in a three day festival of performance art and public debates with the world leading cosmologists and scientists. 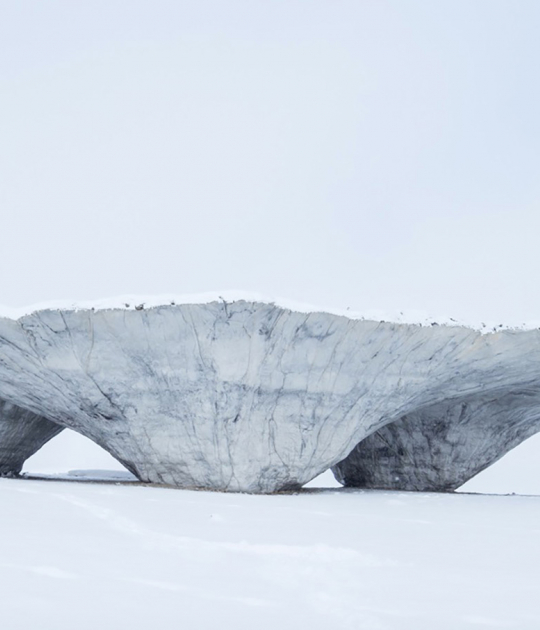 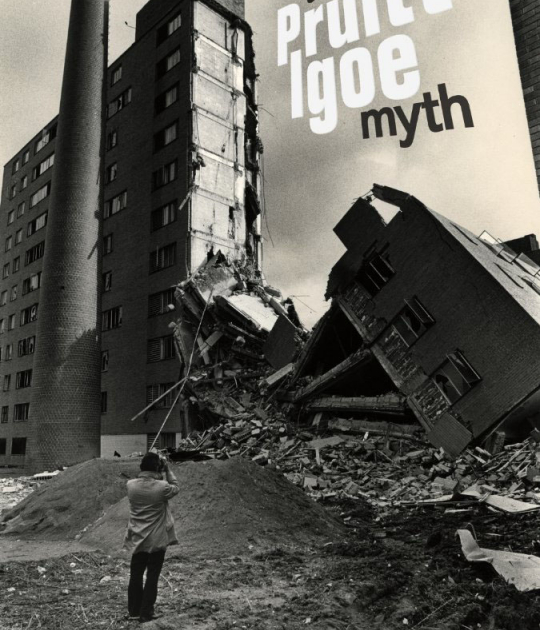 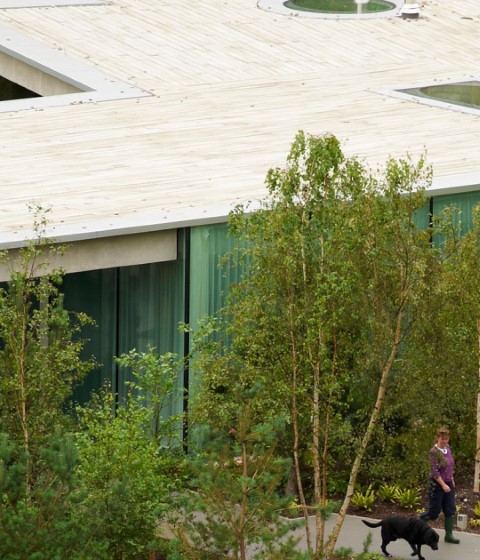 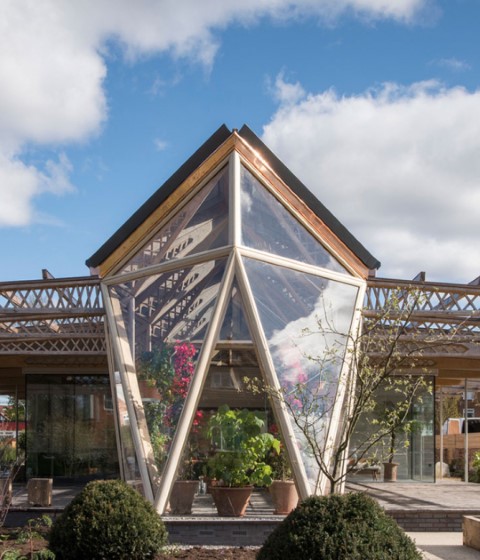 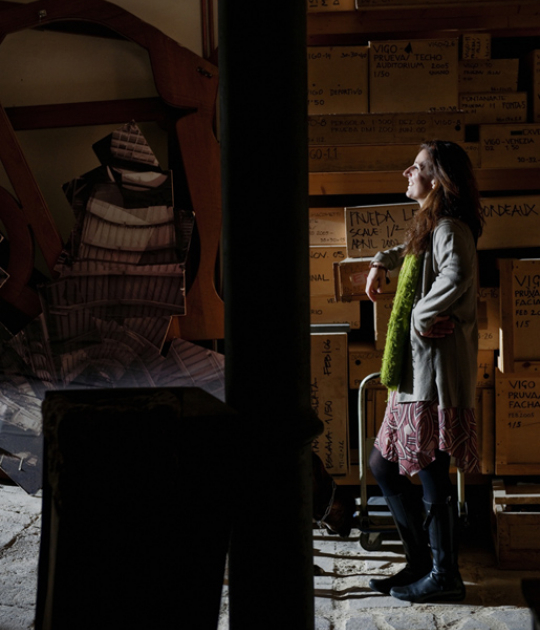