Box 117 is a simple house where architects have aimed to combine the neutral surface of the walls with other more vivid patterns to characterize the different zones of continuous space that can be generated between the facades. 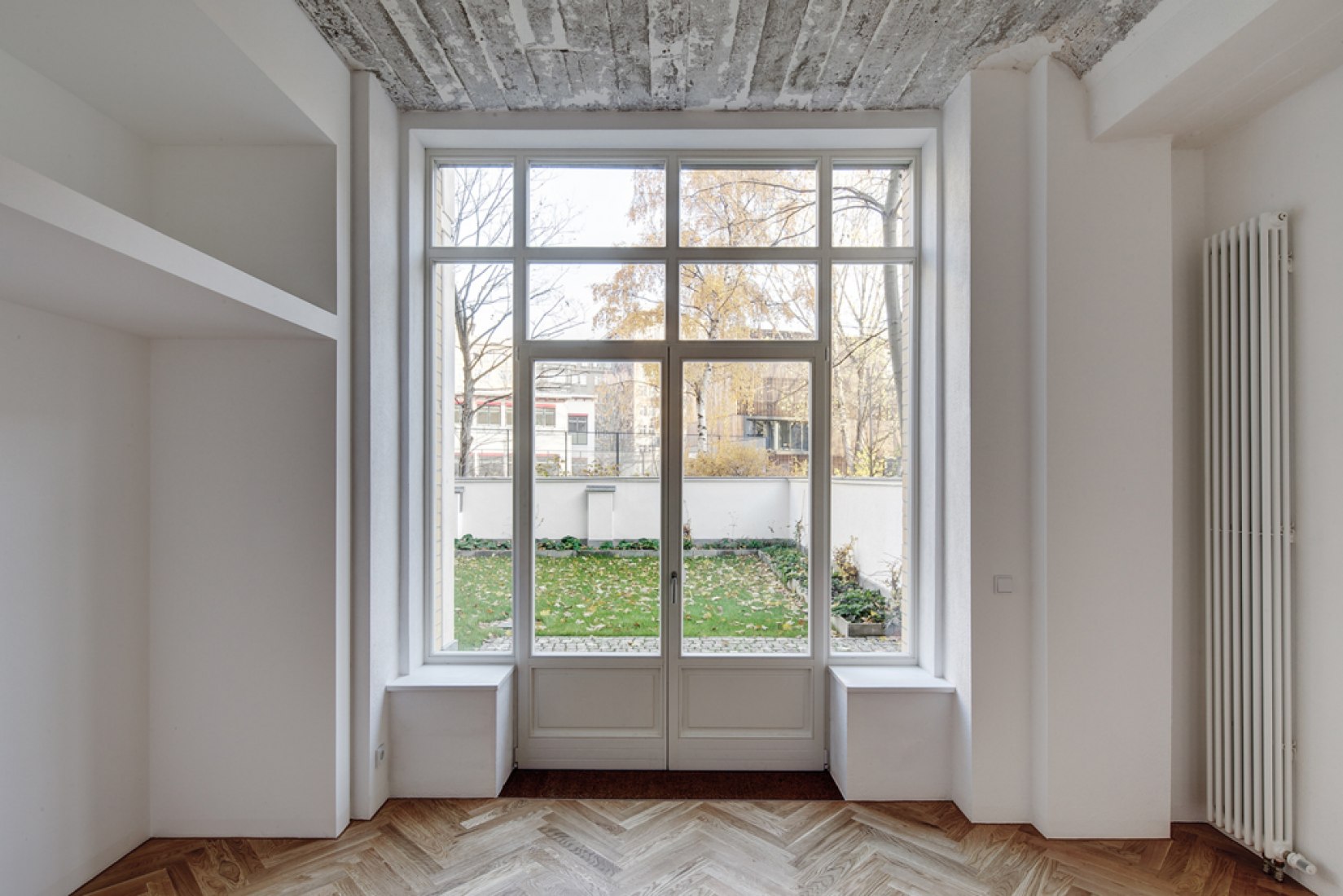 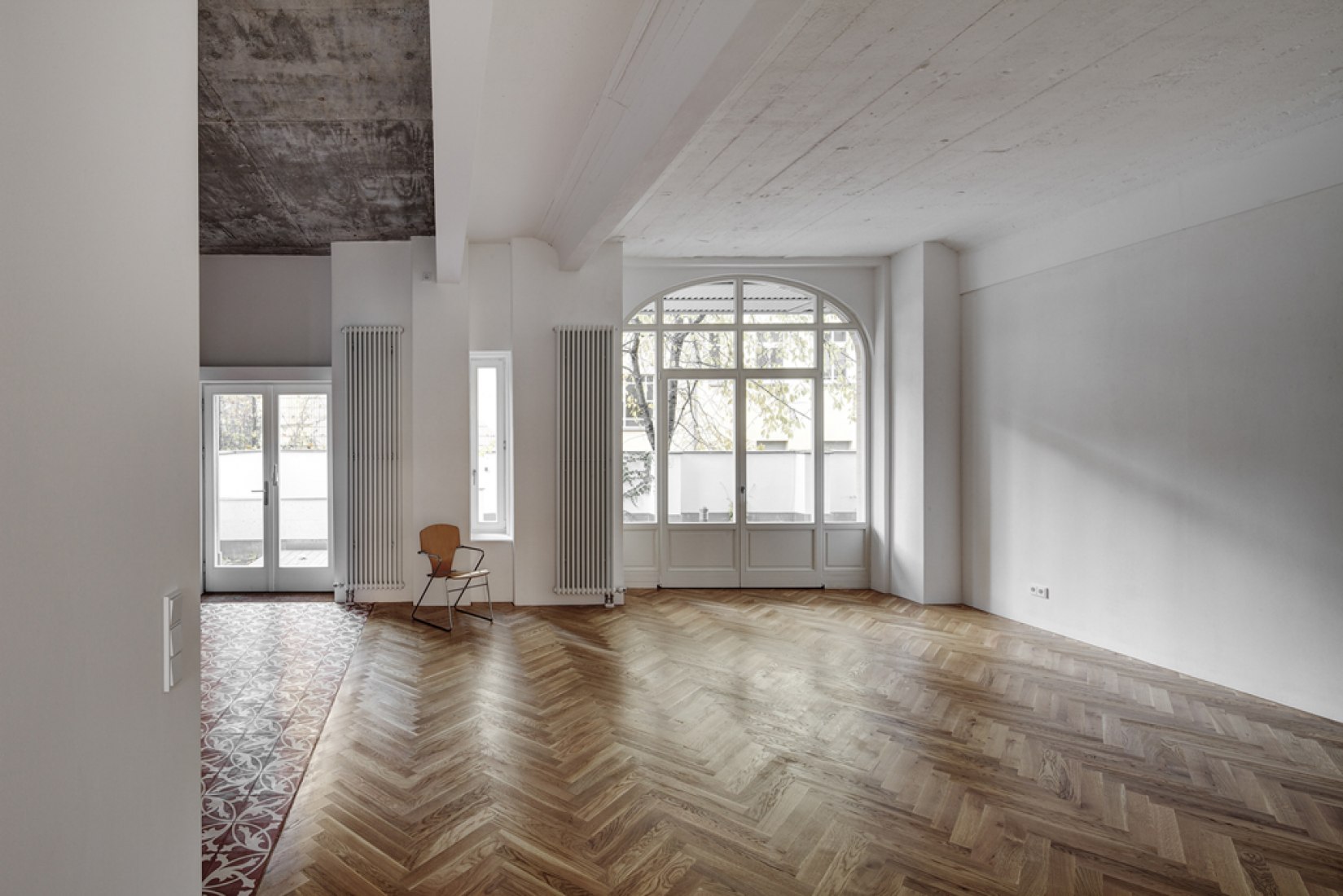 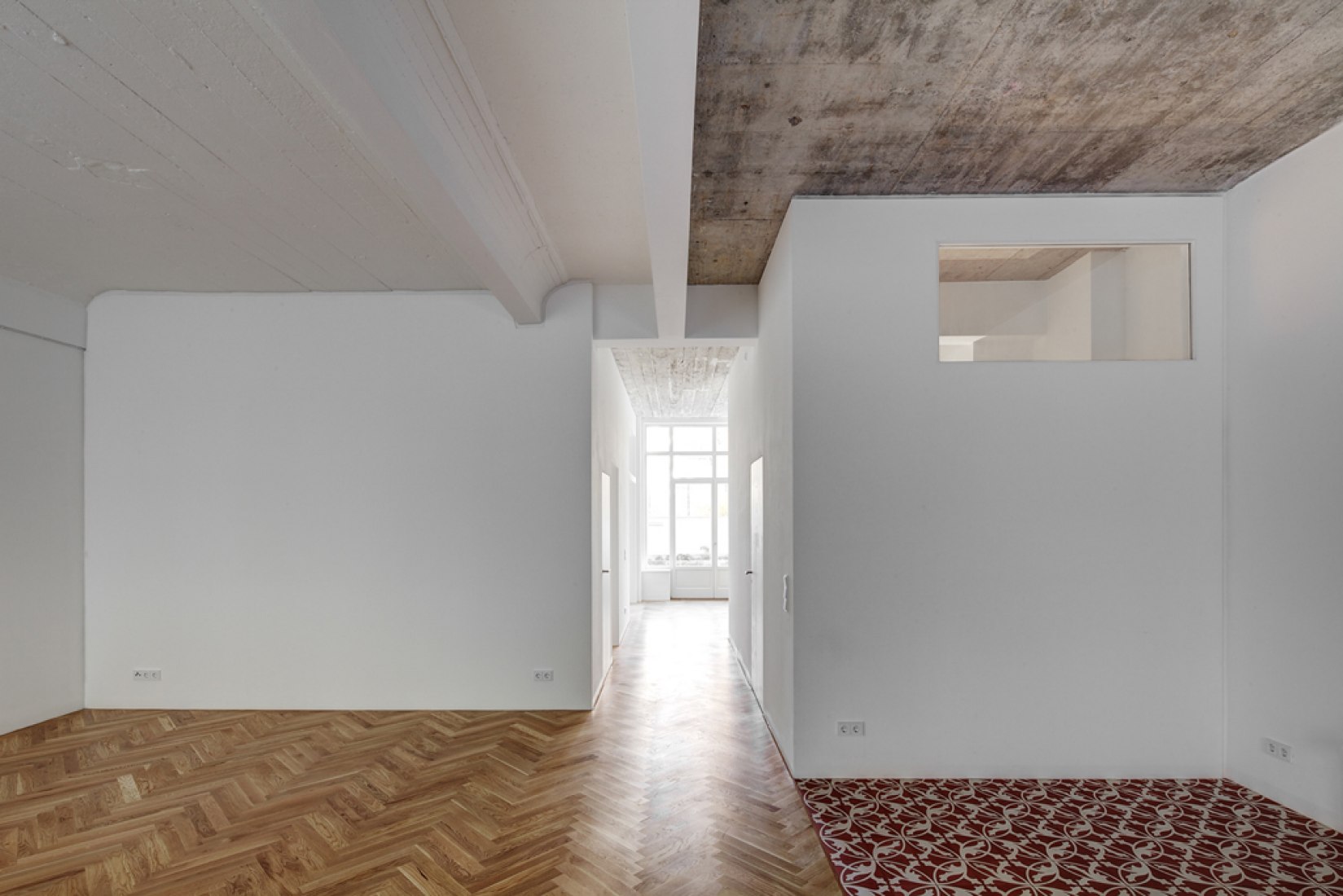 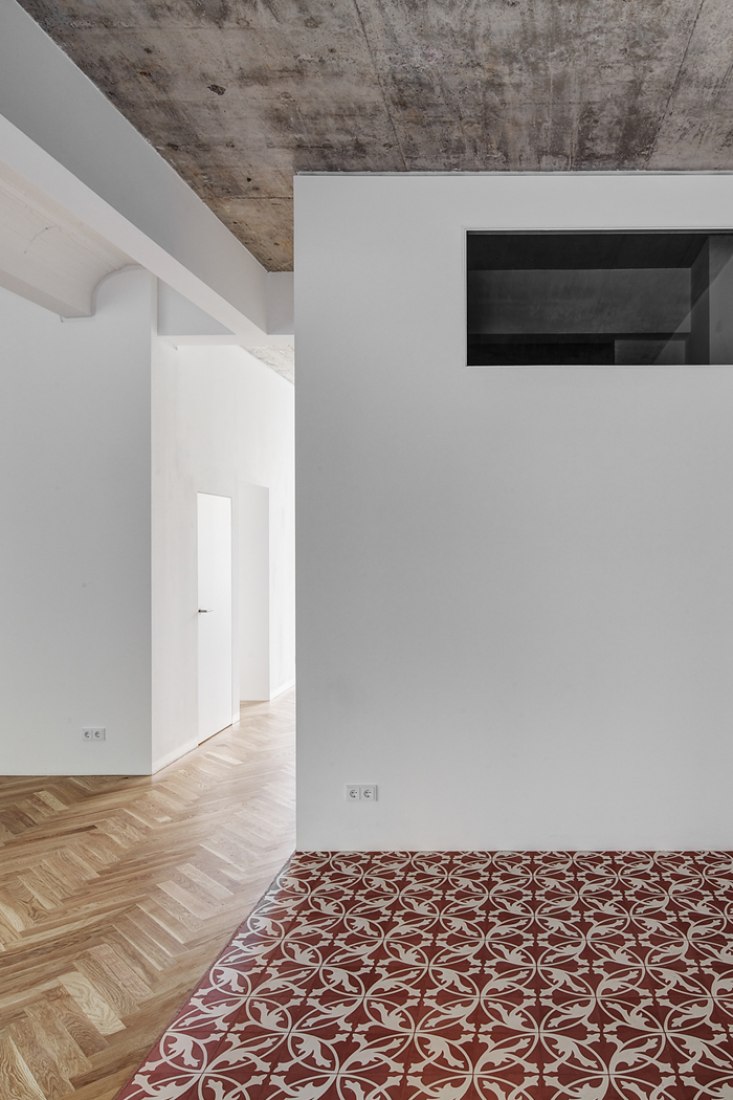 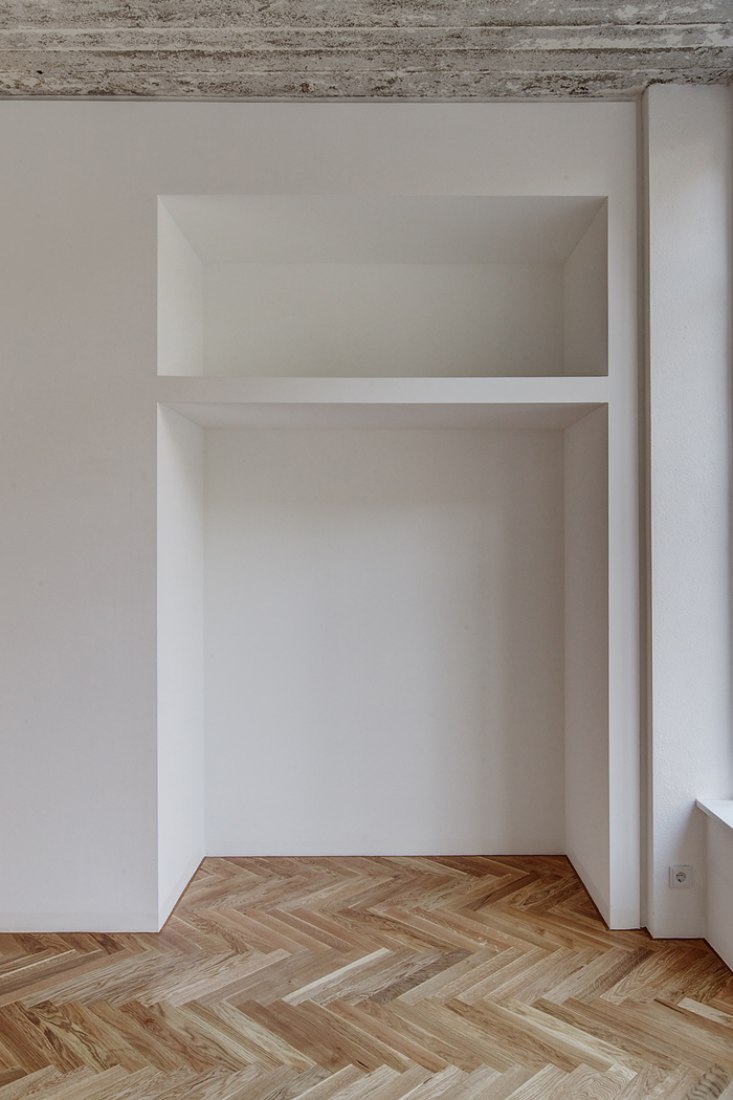 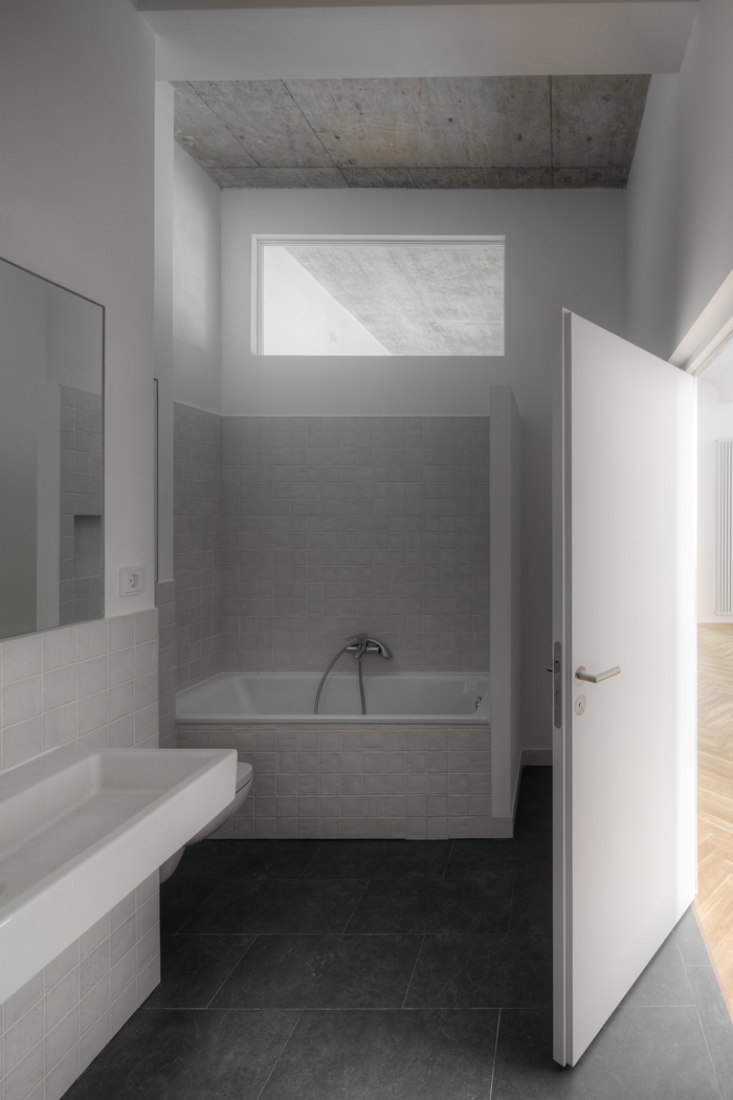 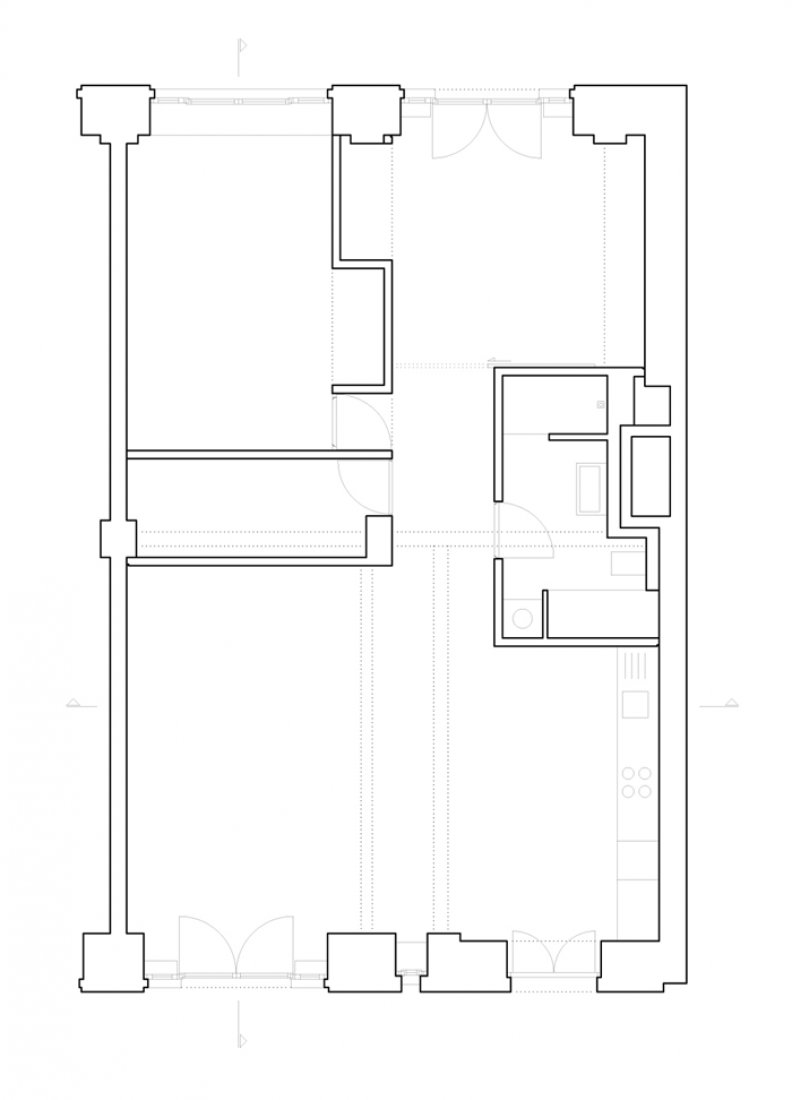 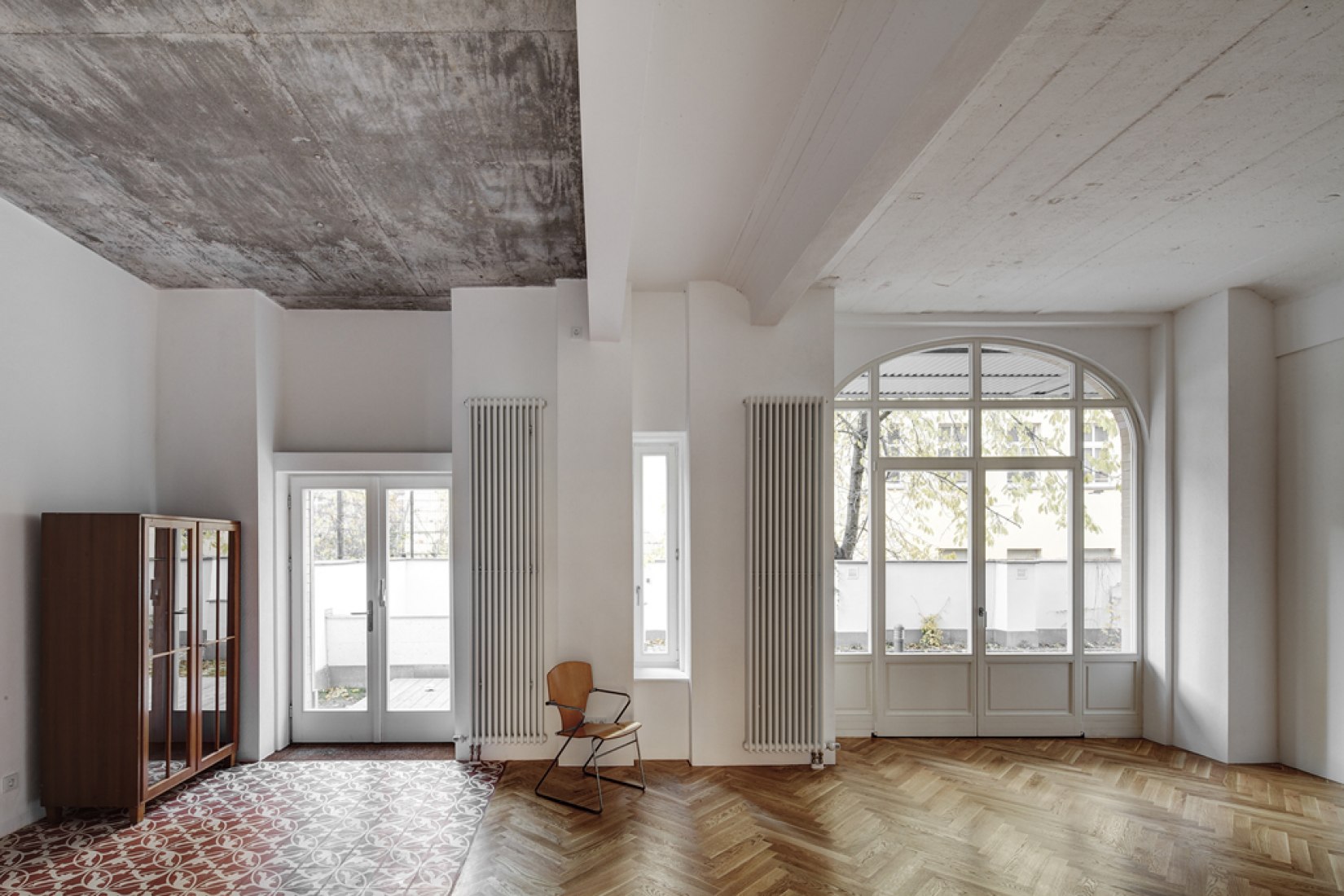 A couple with two little kids moved into this loft in a Berlin backyard.

A continuous space for a kitchen, living area and sleeping area for the parents surrounds two boxes in which you find the children‘s room and the bathroom. This open layout creates the loft character of the space. The children are sleeping in a niche above a litte storage next to the children‘s room. That way one takes advantage of the clear height of 3,4 m to create more living area. The sleeping area of the parents can be closed with a room-high sliding door. If the door is open it disappears behind the bathroom-box.

The oak parquet and the cement tiles on the floor are creating a basis full of character for the simple boxes with a limewash coat. A shadow gap all around separates these boxes from the existing elements of the space and all doors are flush with the wall to accentuate the simple form. The raw concrete ceilings are preserving the industrial character. Partly old with a wooden pattern, partly new with a smooth surface the ceiling is telling something about the history of the space. 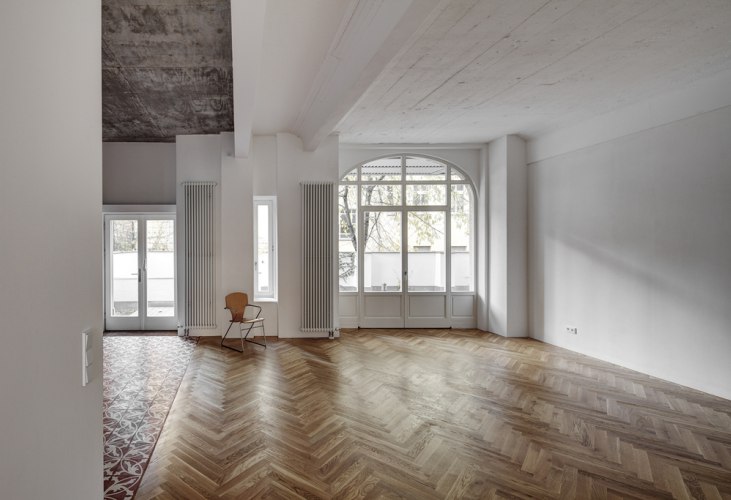 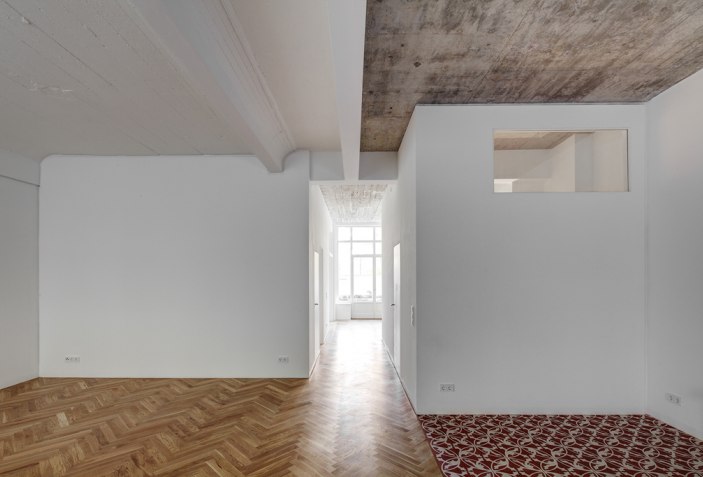 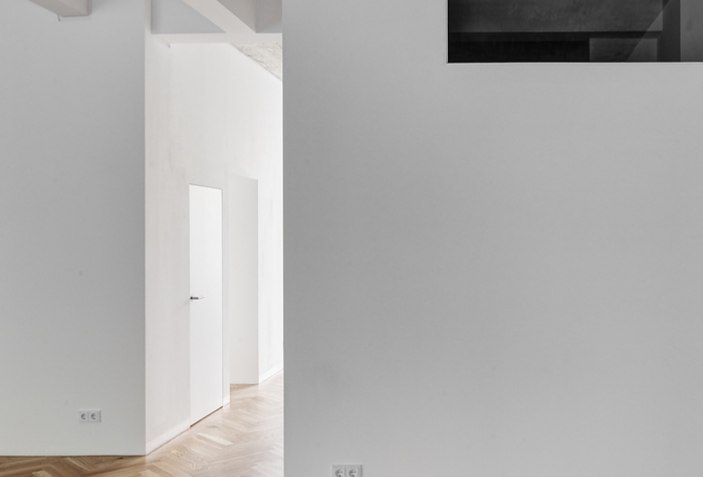 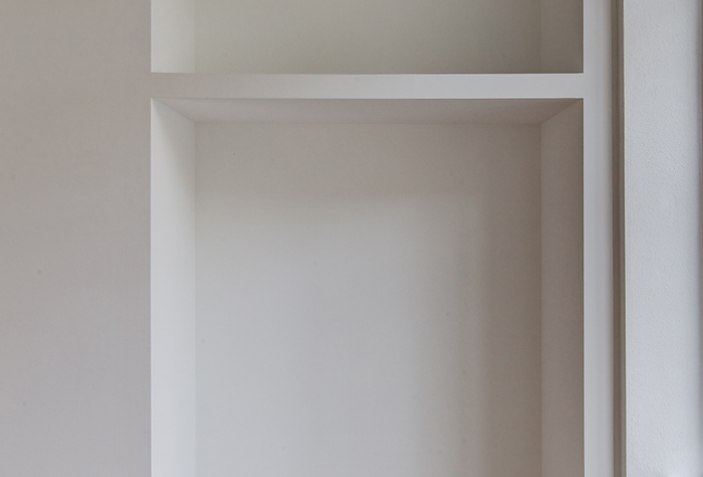 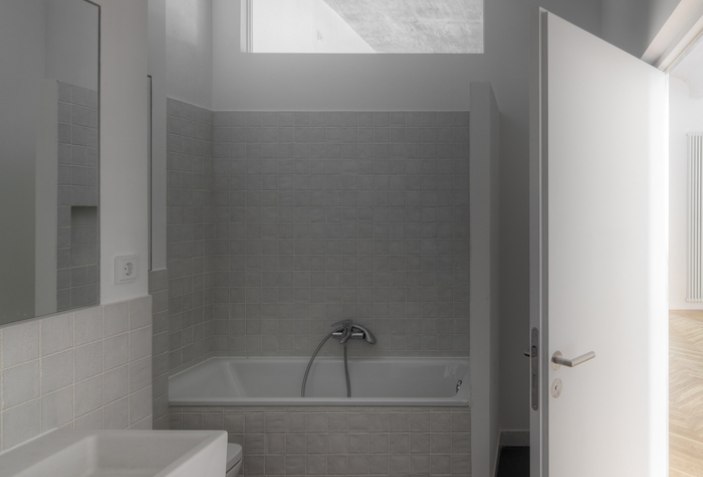 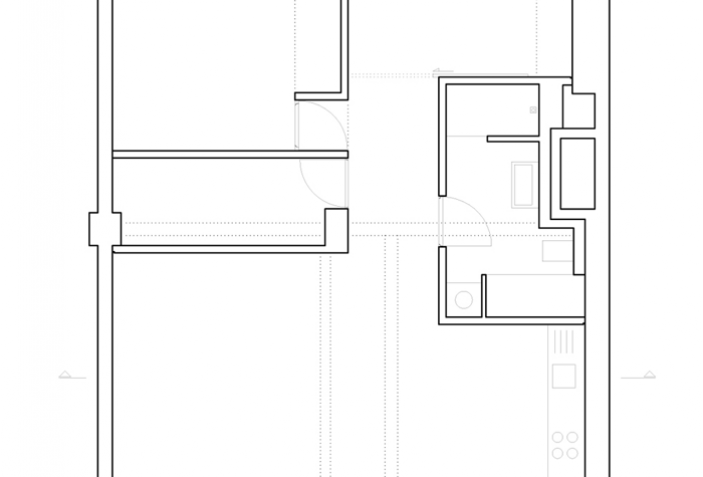 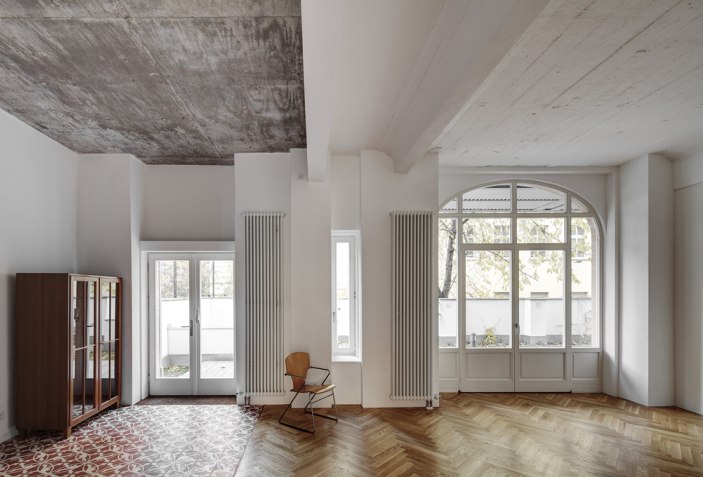 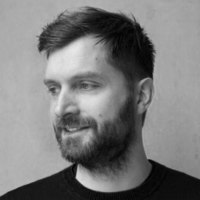 Thomas Burlon, born Schneider, was trained as an architect at the TU Dresden and the RWTH Aachen. He initially worked together with BeL in Cologne, and since 2010 has managed the Brandlhuber + Emde, Burlon office in Berlin. His areas include the rehabilitation and re-programming of built structures, the revaluation of urban spatial neighbourhoods and the investigation of usage-neutral typologies. Brandlhuber+, Berlin was founded in 2006 by Arno Brandlhuber. Together with Markus Emde and (since 2008) Thomas Burlon, Brandlhuber + Emde, Burlon have completed the gallery and studio building in Brunnenstrasse, the renovation of the St. Agnes Community Centre, and the Antivilla in Potsdam. 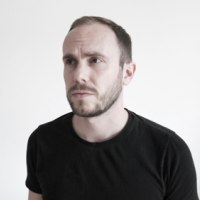 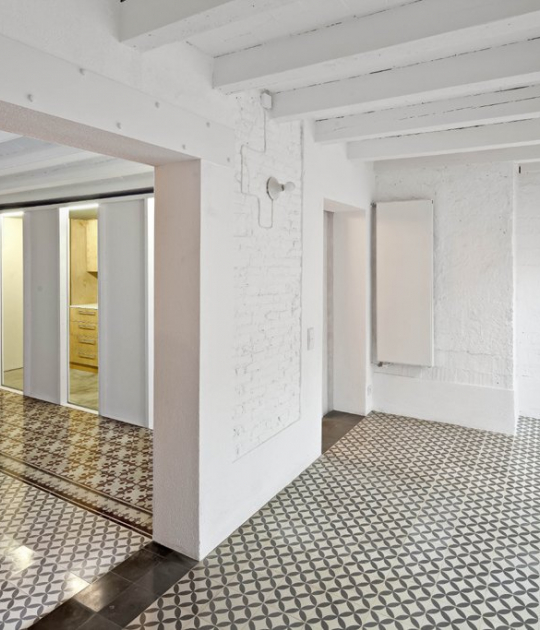 Reform of an apartment in Gran de Gràcia 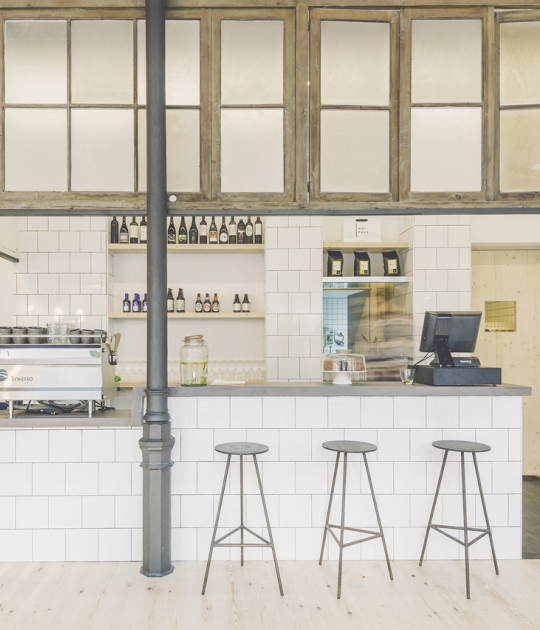 Reform and interior design by Laboqueria and Marta Peinado Alós 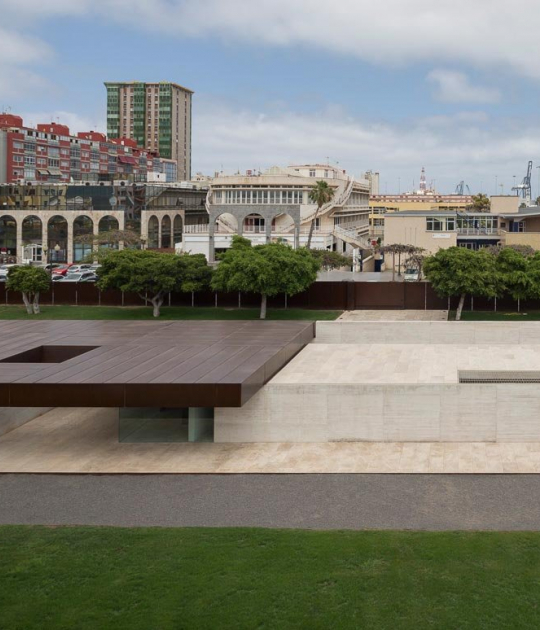 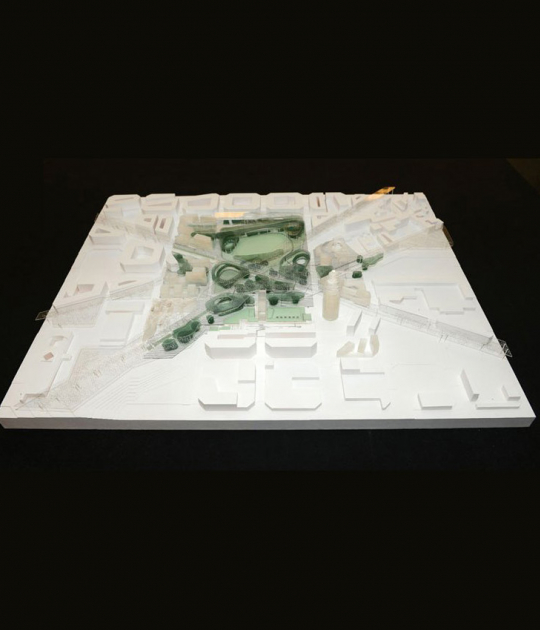 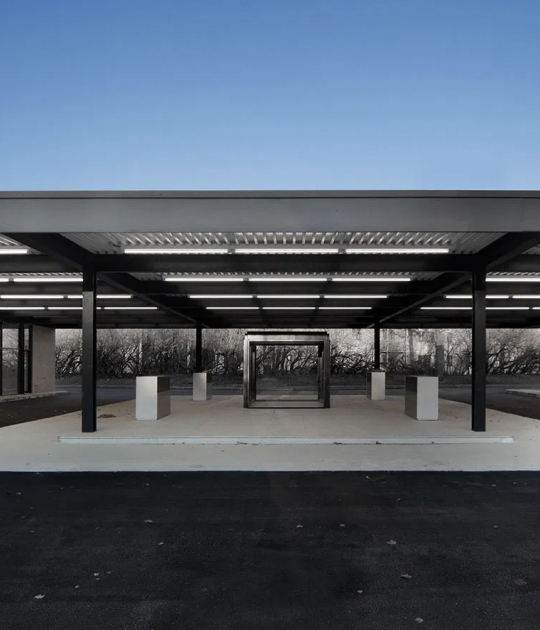