The conference-round table compares the production of cultural and political elites against the experiences that occur from a free and independent attitude in the arts and social activism, especially those made from two geographic locations such as Italy and Spain. 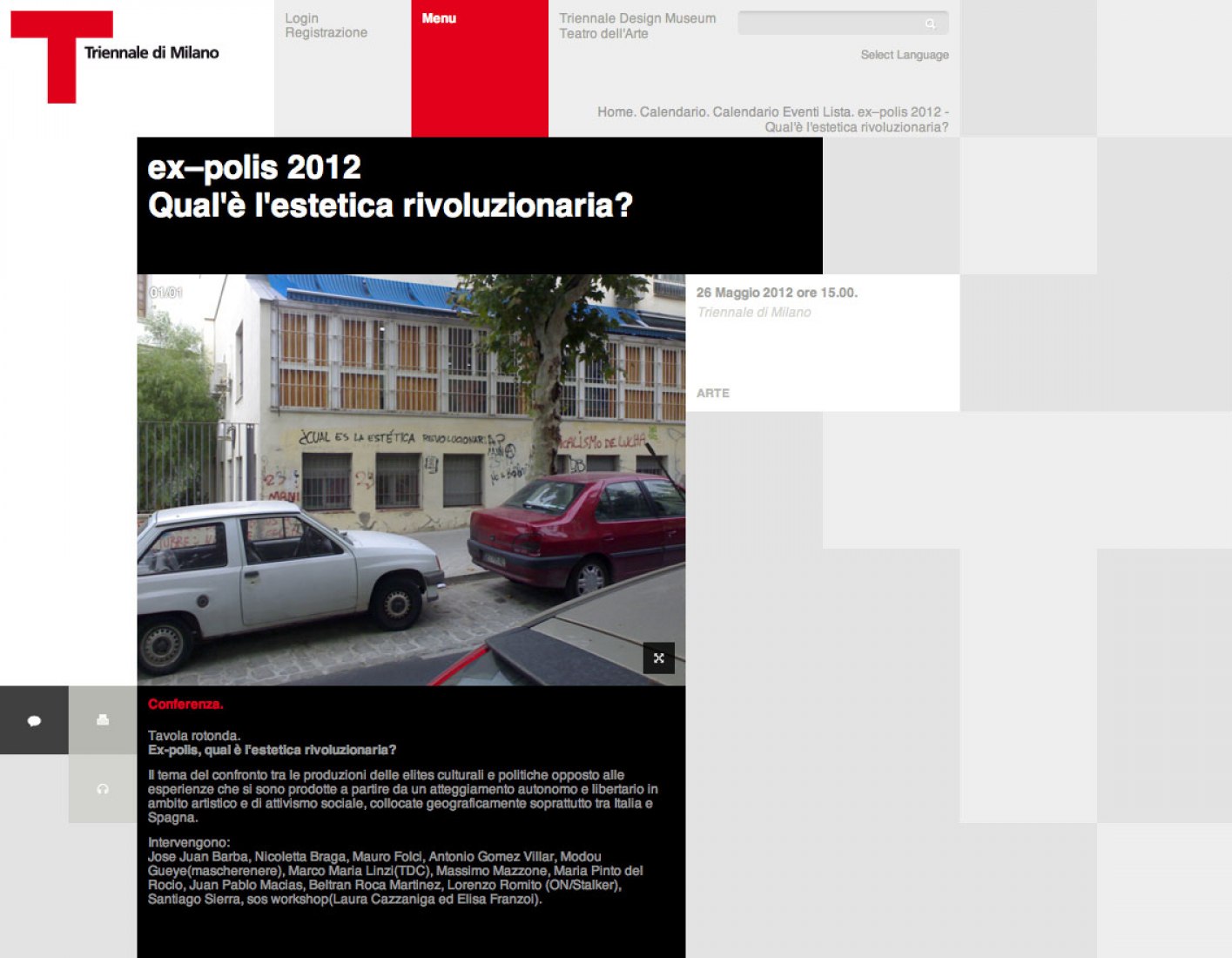 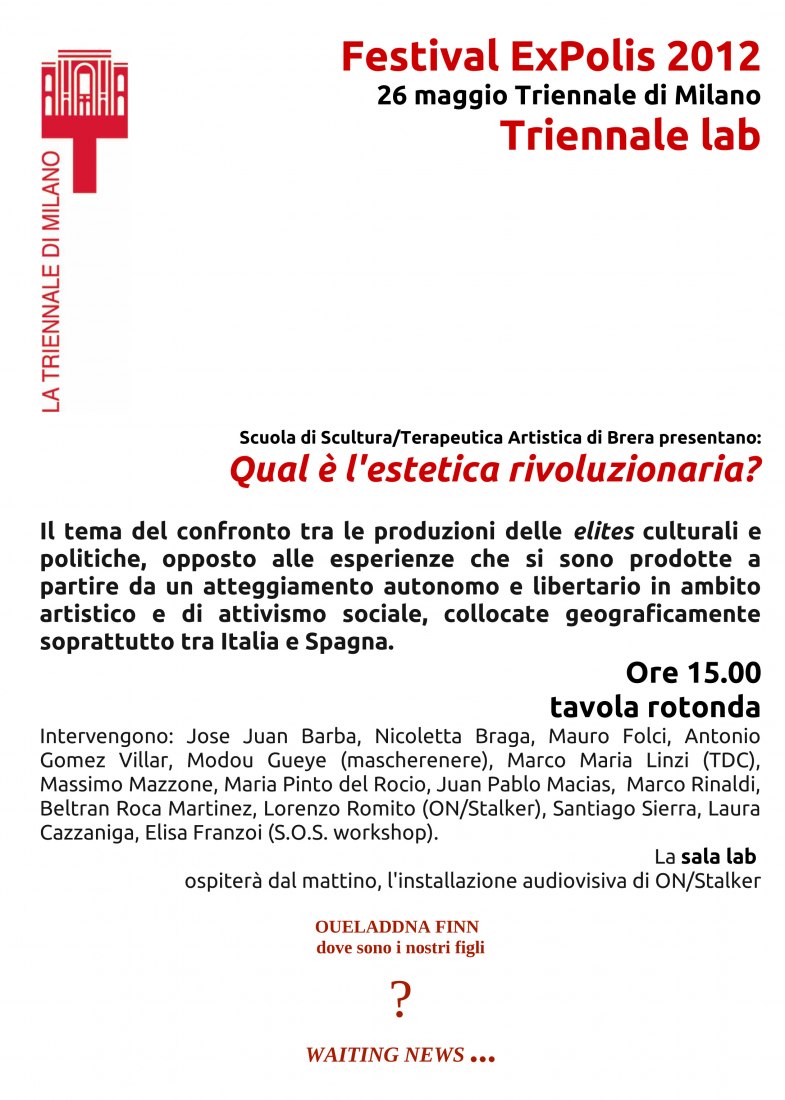 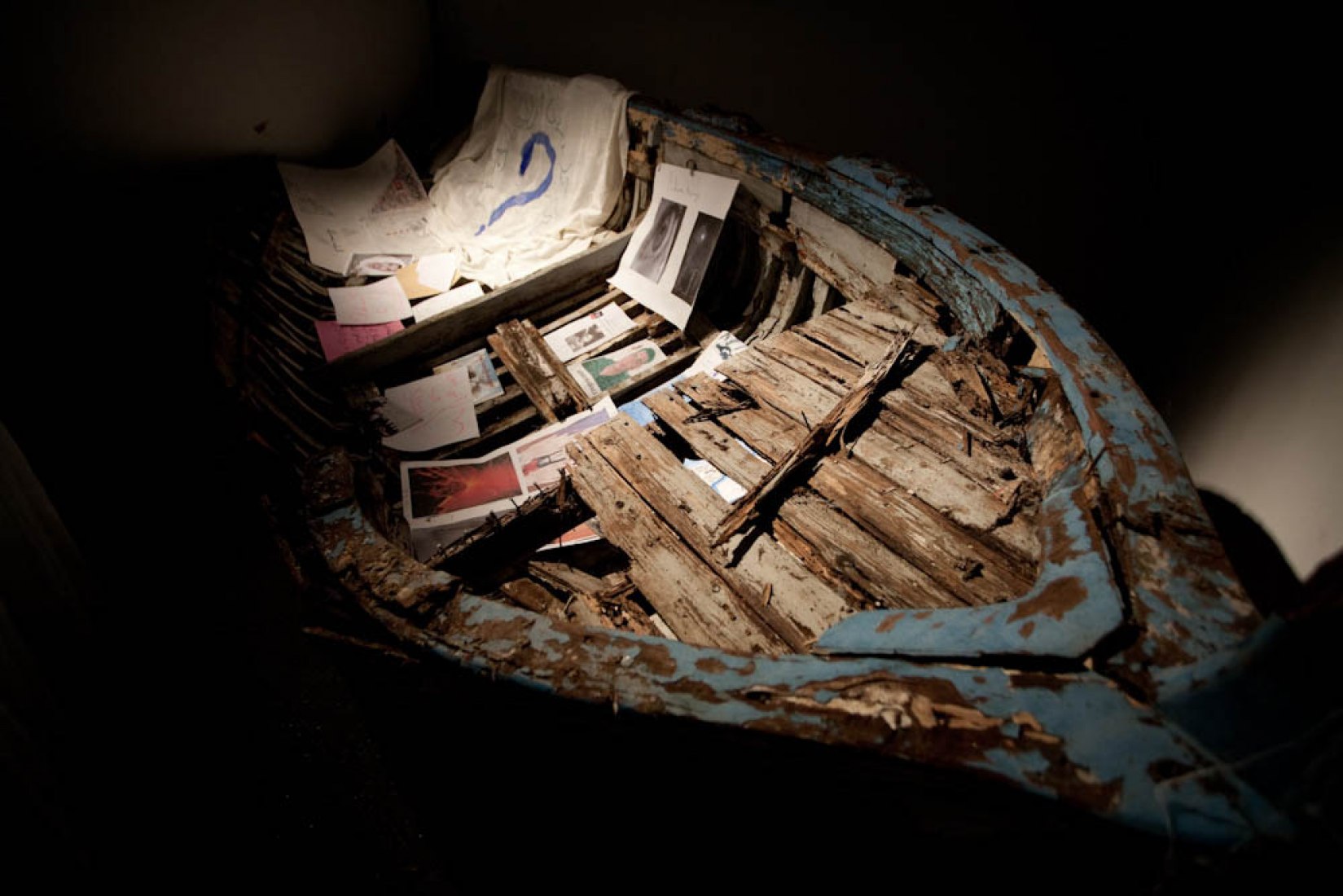 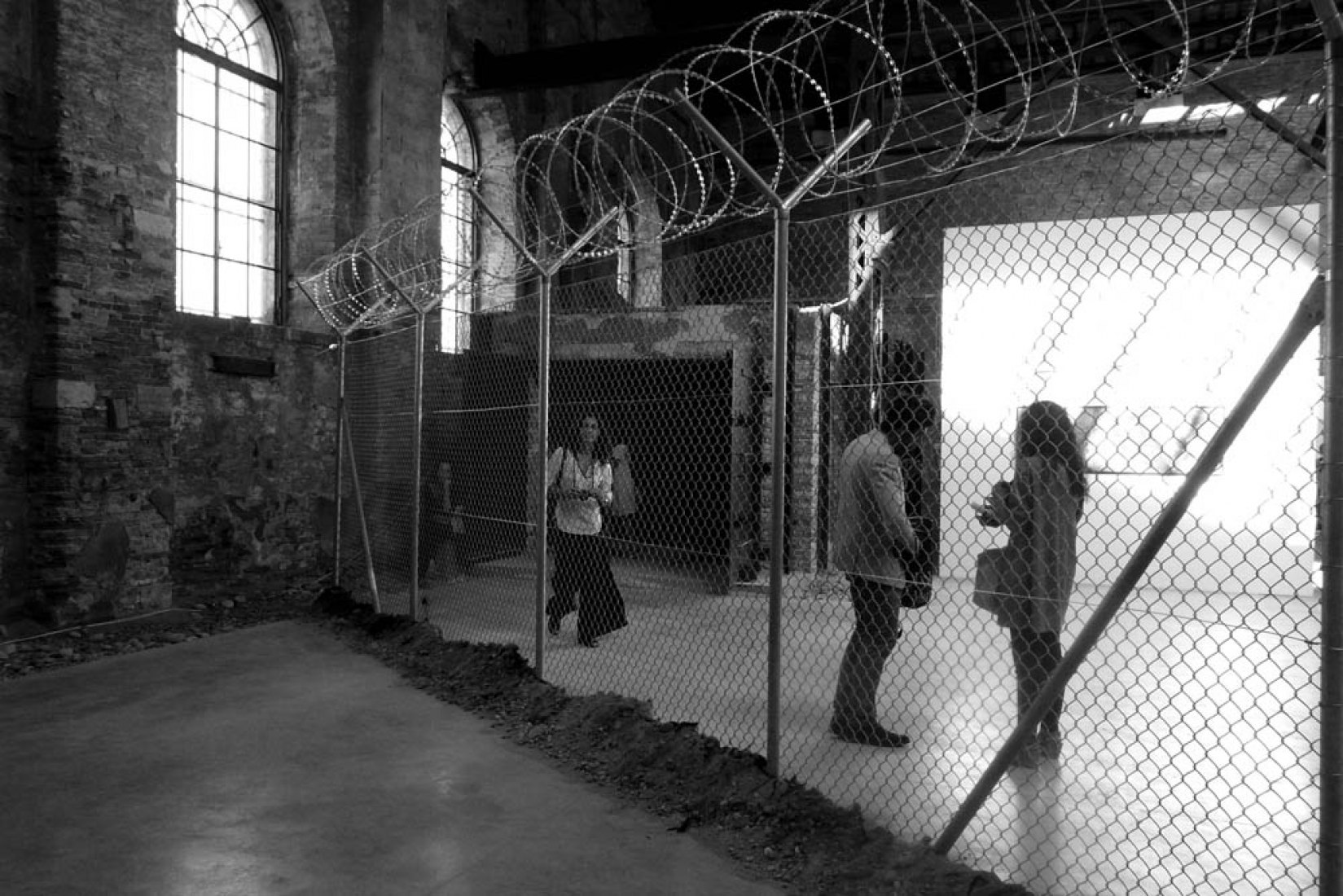 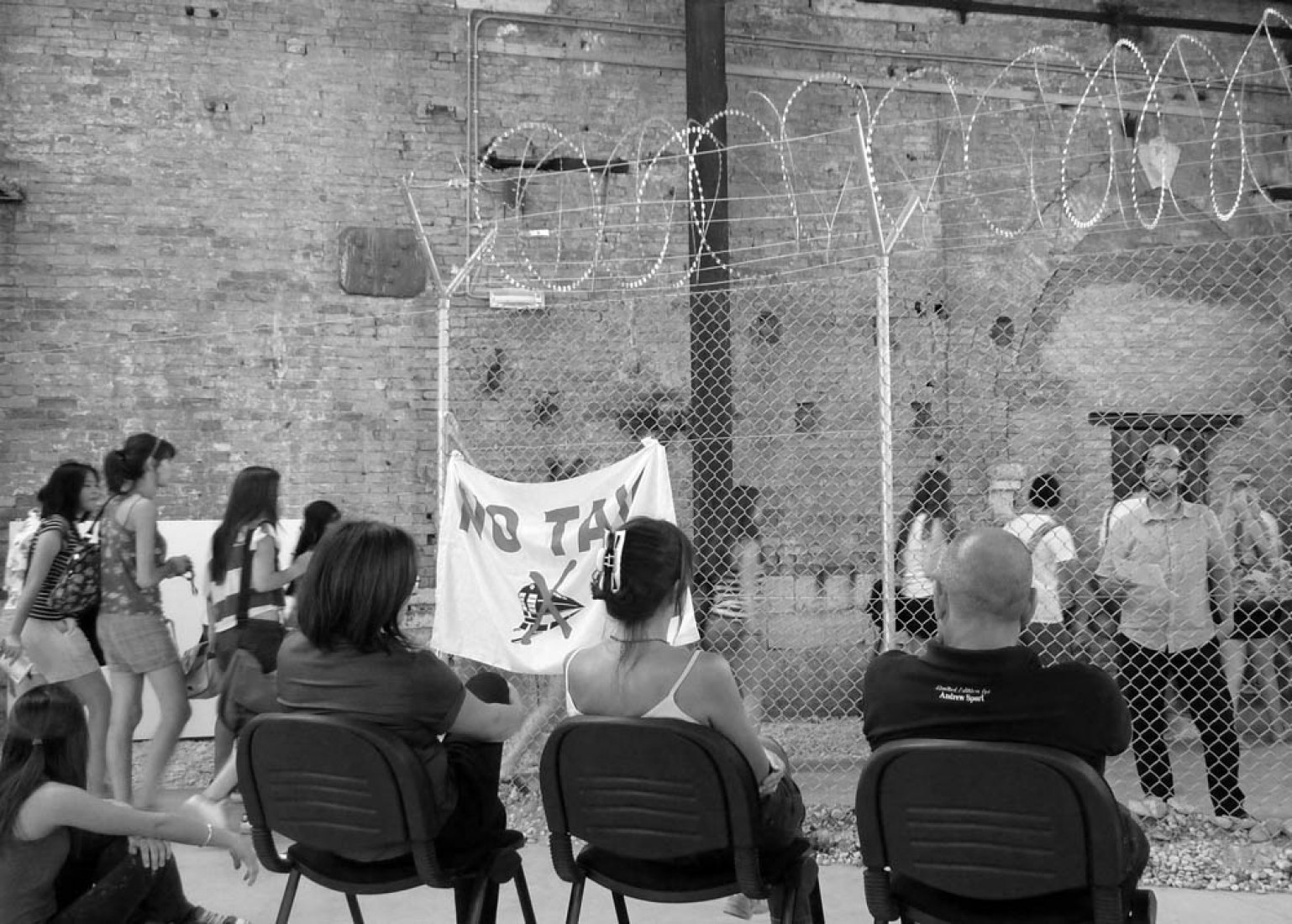 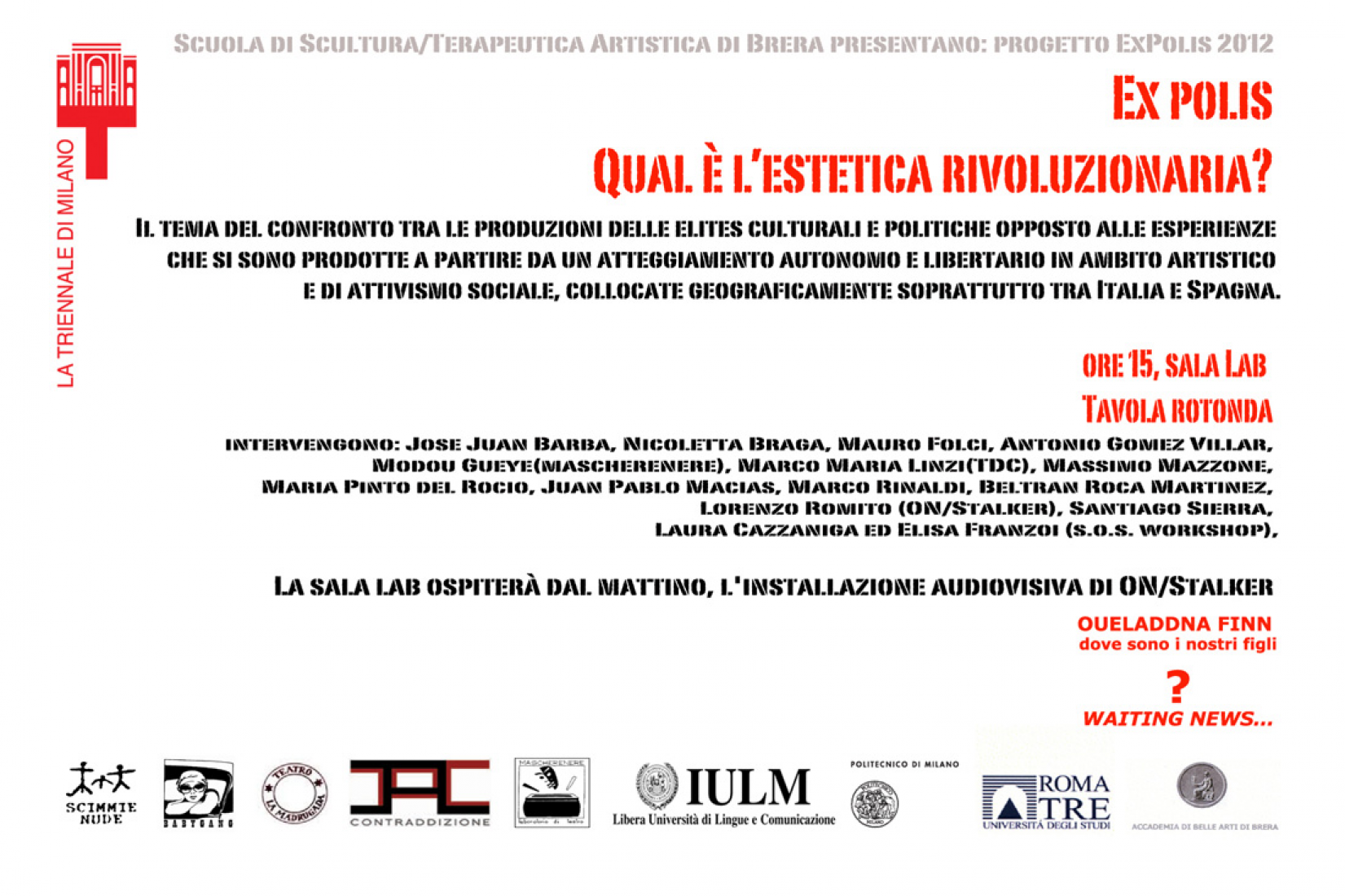 The Teatro della Contraddizione in Milan (TDC), winner of Milan in 2009 with the show: Die Privilegierten, in collaboration with the School of Sculpture at the Academy of Fine Arts of Brera, has promoted a year of activities from April 2011 to May 2012, a Festival of the Arts under the title EX-COPS directed by Marco Maria Linzi (CCT) and Massimo Mazzone (Brera), a festival was born in Milan, which was developed during the 2011/2012 with the participation other cities such as Arezzo, Viterbo, Rome, Madrid and Barcelona, in collaboration with cultural institutions and universities, to finish in Milan, where he was born.

Emphasis has been placed in the FARE, models of representation, the relationship between art / architecture and society, democracy, social ecology, the governance of economic and cultural processes in large infrastructure projects, including the Expo 2015, investing in a lot of European cities and many small independent local projects and / or international daily help our cities to live the culture from the perspective of organizational autonomy.

The relationship between art and architecture was also investigated before the 150th anniversary of the unification of Italy, as the republican values ​​of the Enlightenment and modernity are the basis of both social movements of the Risorgimento as many movements contemporary culture that are still active today, in a unique way, using names like 15M, etc.

The project is organized through workshops, stage, theater, performances, exhibitions, panel discussions, films and videos, which were held in various places, and also a direct action on the streets and squares of the indignant in the occupations of the banks, also events with great aesthetic and cultural impact related to another strong proposal, the protest. 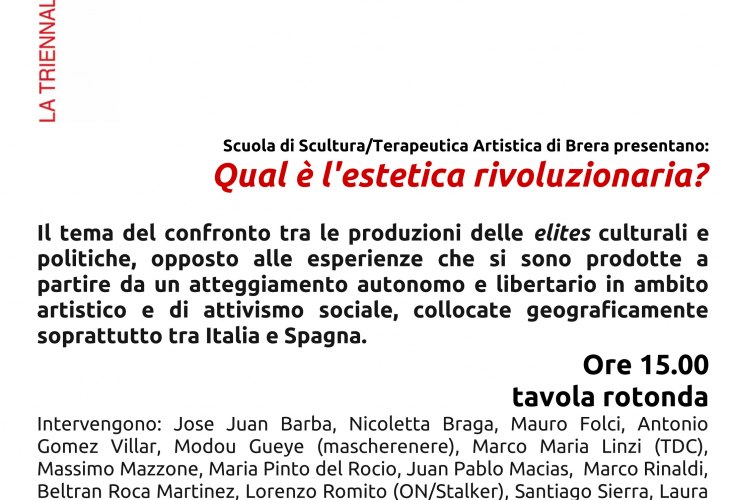 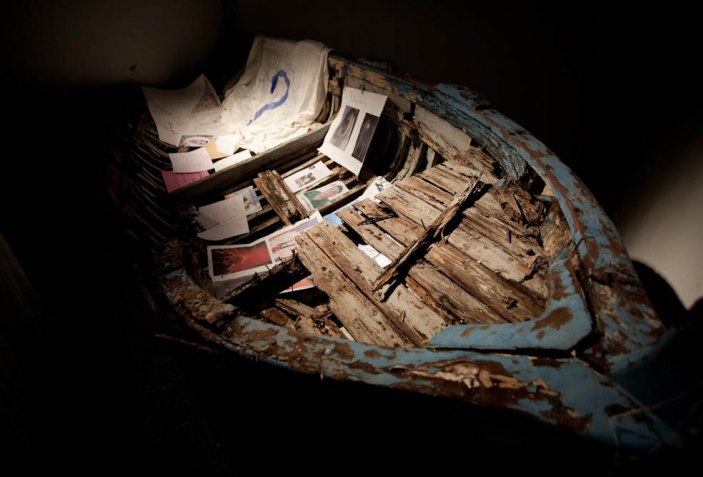 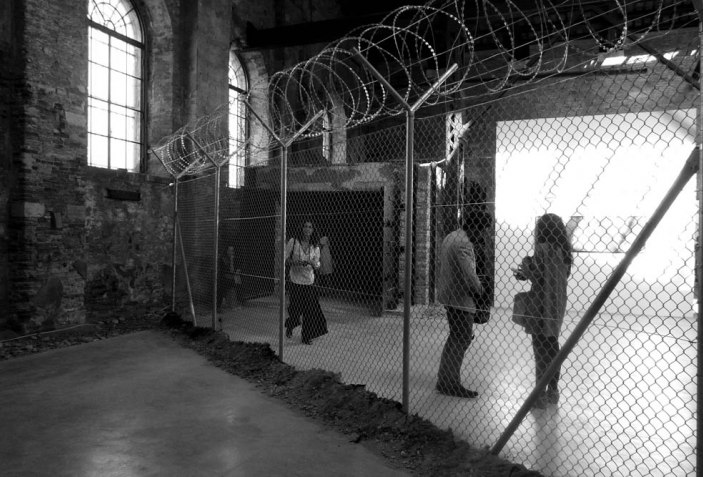 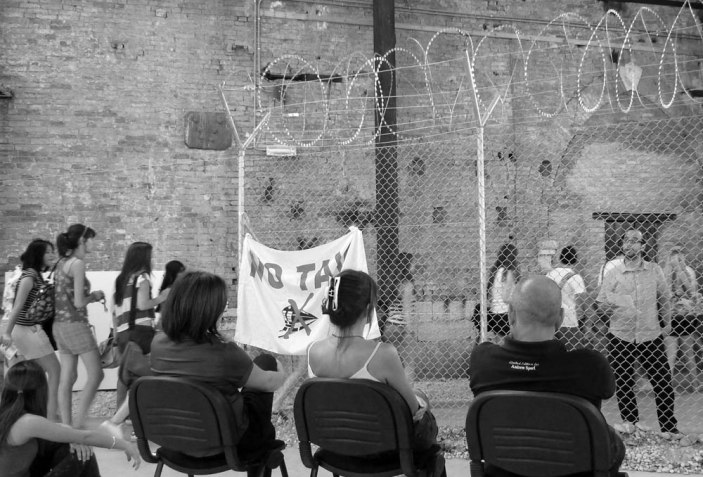 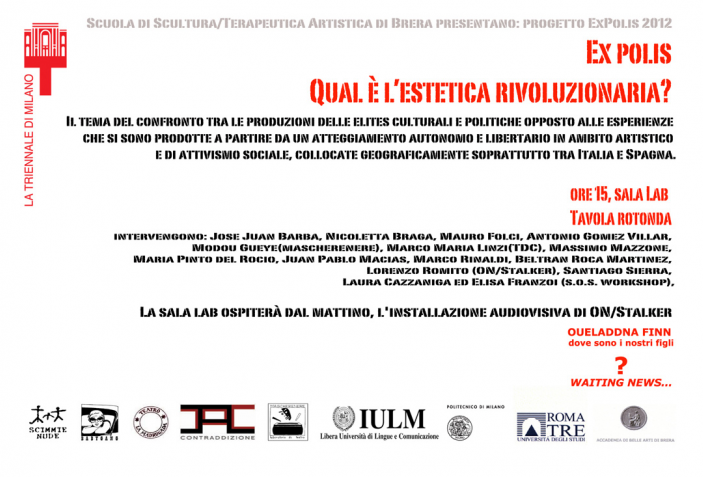