Architectural Association student Yvonne Weng has won the 2012 Foster + Partners Prize with designs that would allow scientists to live in the treetops of the Amazon rainforest. 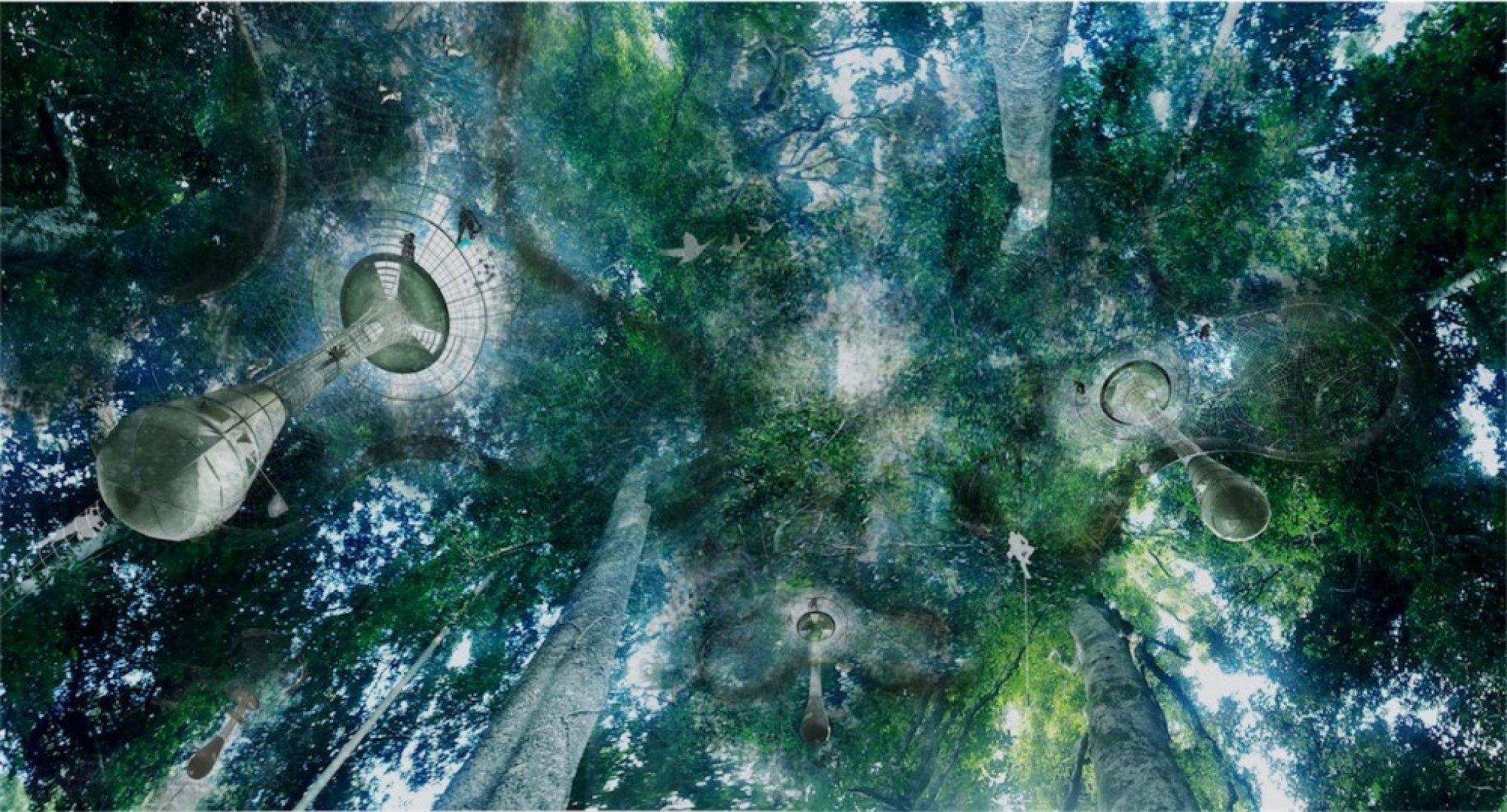 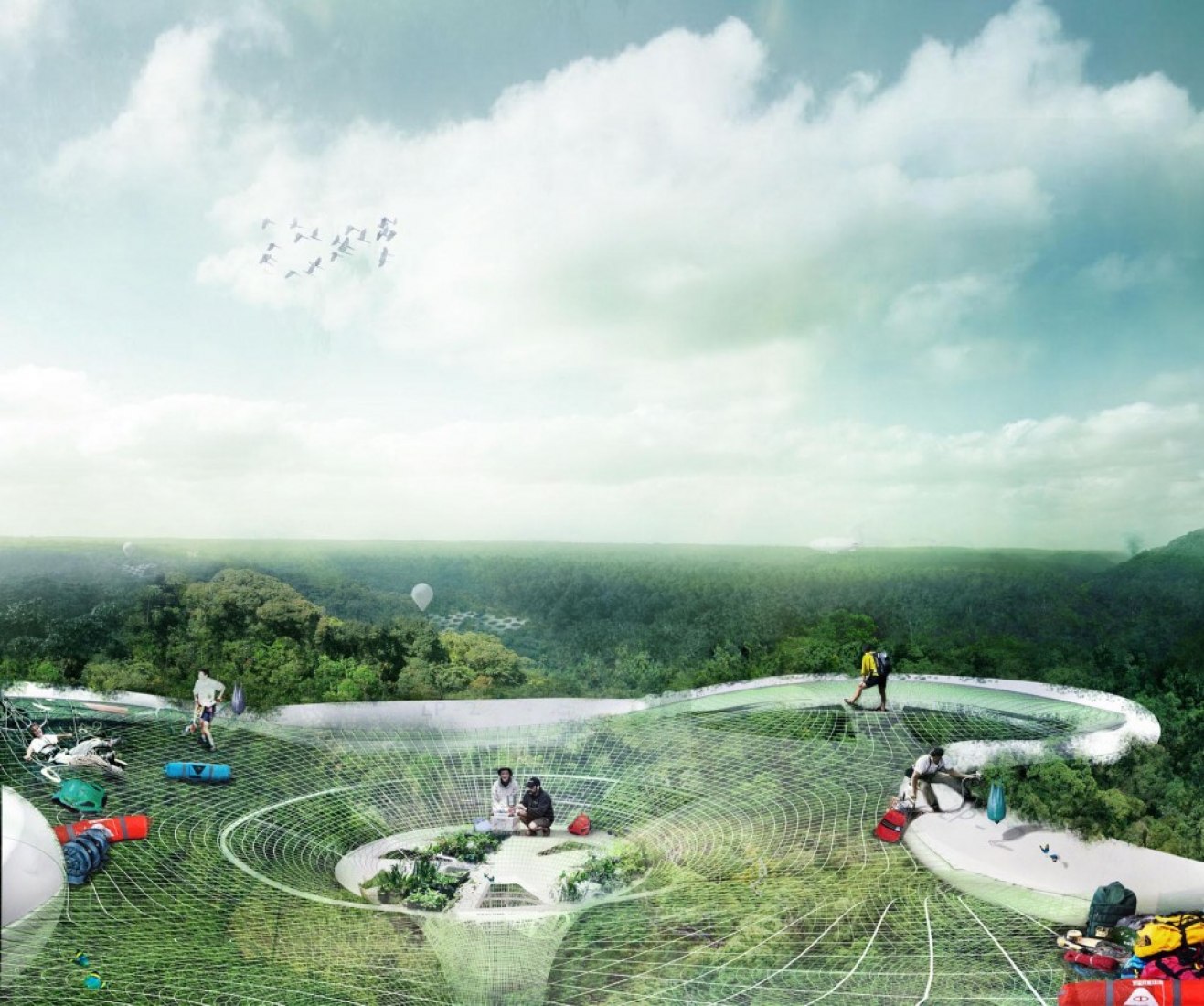 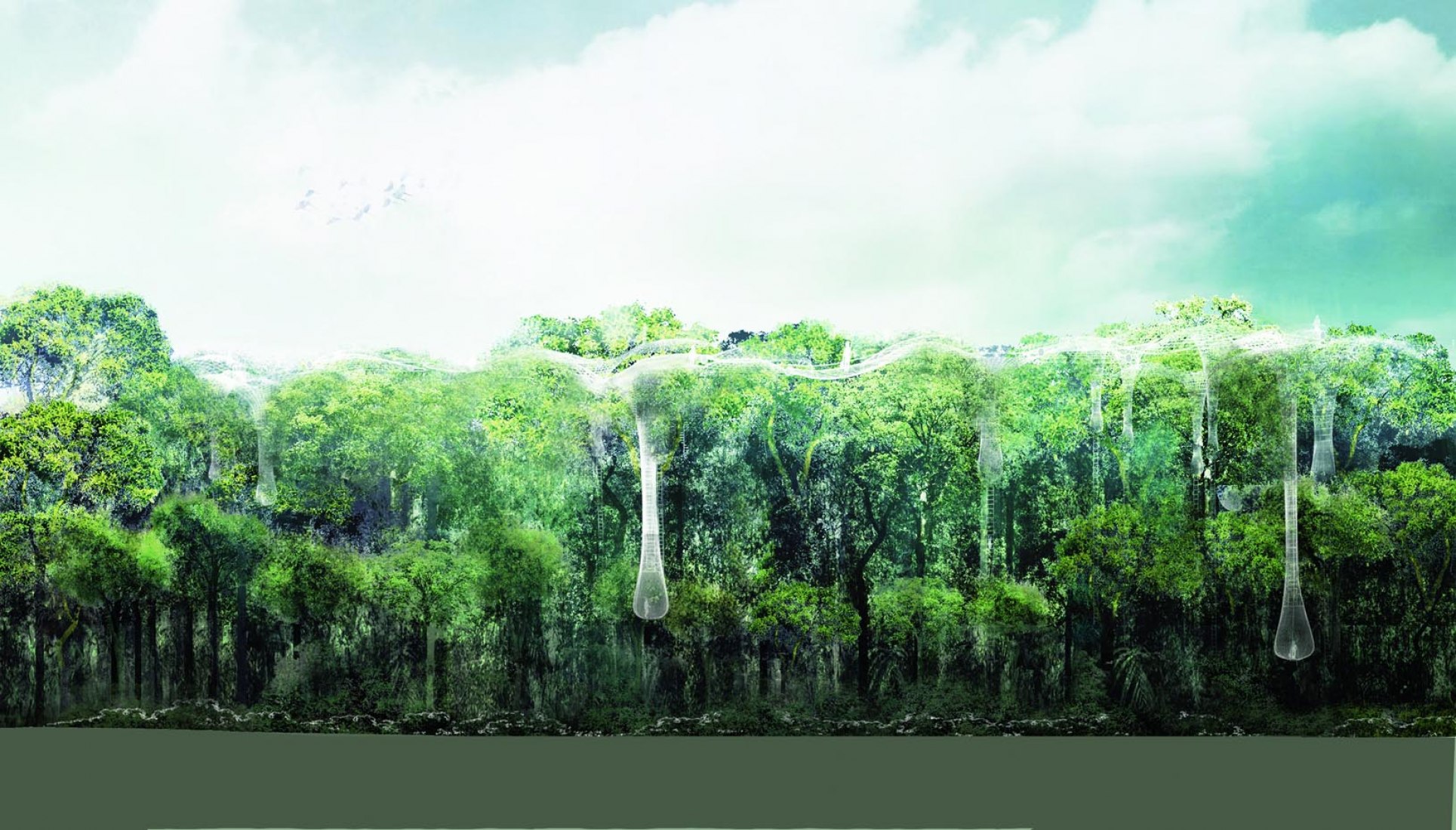 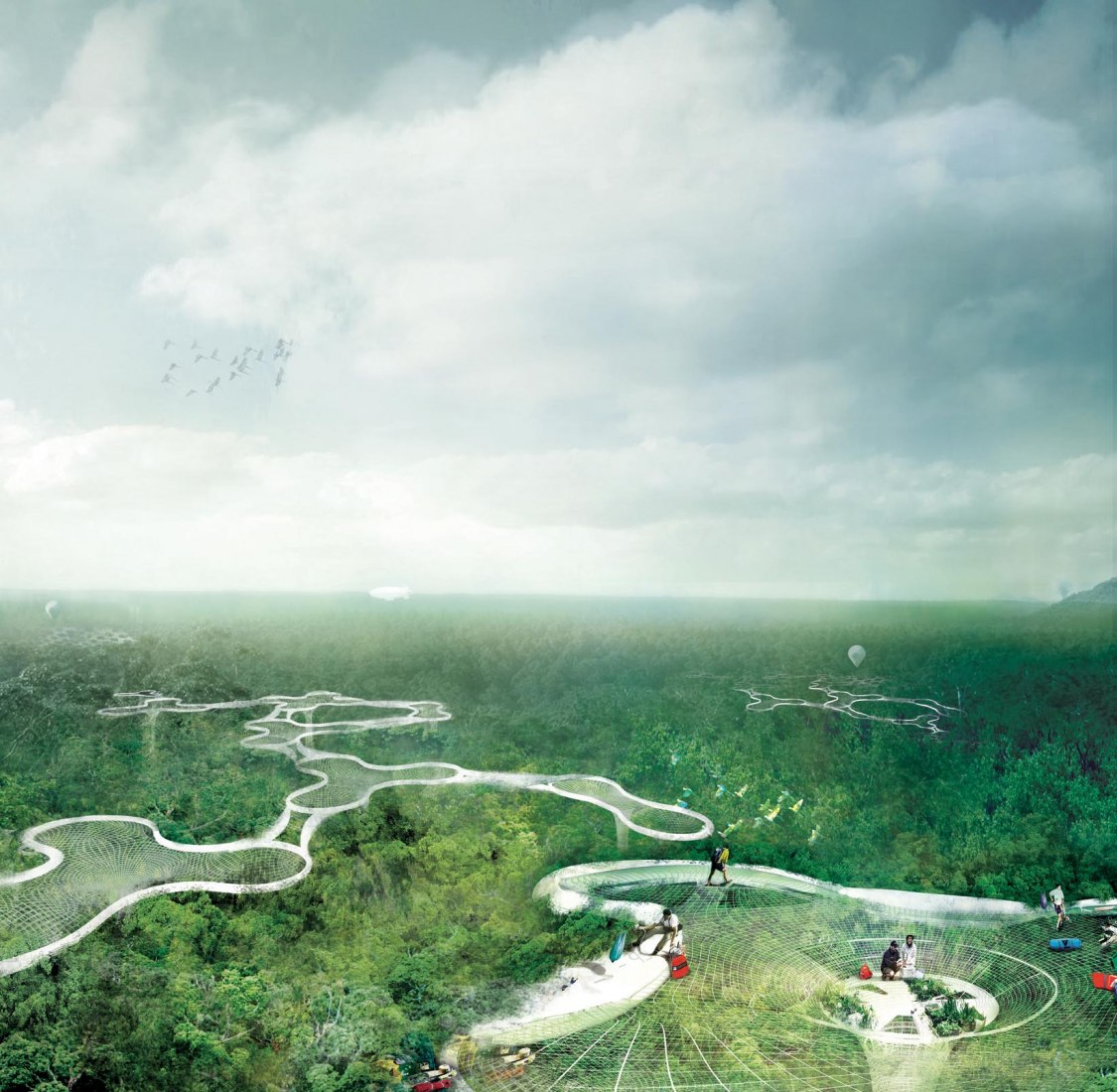 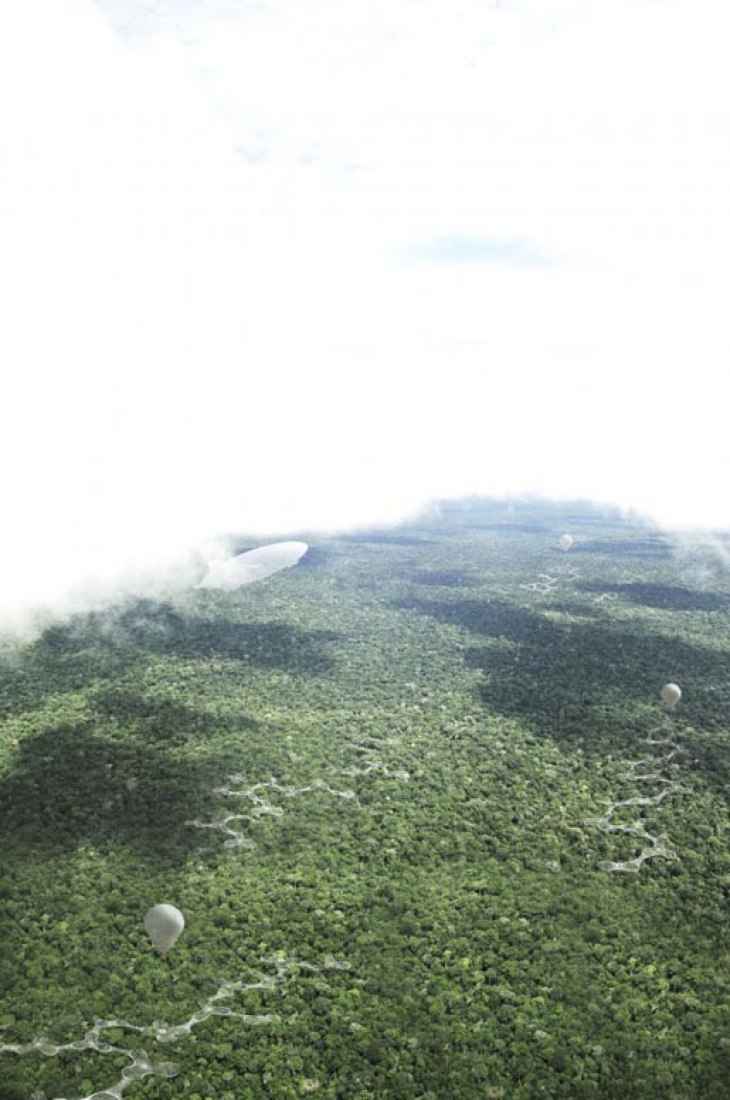 The prize is presented annually to the AA diploma student whose final project best addresses themes of sustainability and infrastructure. Weng’s proposals are for a series of lightweight pods and platforms where scientists can study and harvest the medicinal plants of the jungle. Last year’s prize was awarded to Haiti Simbi Hubs by Aditya Aachi.

This year’s prize has been awarded to Yvonne Weng, of Diploma Unit 17, for her project ‘The 6th Layer – Explorative Canopy Trail’. Set in the context of Brazilian Amazon rainforest, the project recognizes the reciprocal relationship between humanity and the forest and sees the forest as a natural infrastructure to work with, instead of against.

The design focuses on creating an ultra-lightweight, self-sustaining and easily deployable architectural system, which occupies the space at the top of the tree canopies. The extra layer of space created opens up a new territory that inspires new ways in which to perceive, occupy and experience the forest.

Yvonne Weng, and the other six shortlisted candidates, will be invited to exhibit their work in the gallery in Foster + Partners’ studio in October, when there will be a formal reception and a cheque will be presented. The themes of sustainability and infrastructure that underpin the award were selected to highlight themes of common interest to the AA and Foster + Partners and for their significance in contemporary architectural discourse more globally.

Mouzhan Majidi, Chief Executive of Foster + Partners, said: “This is the third year we have awarded this prize and in Yvonne Weng’s project we see it gaining strength. We hope very much that the debate this prize generates will encourage students to address themes that are of increasing relevance to architecture today.”

Brett Steele, Director of the Architectural Association School of Architecture, said: “The AA School is delighted once again to have participated in the judging of the Foster + Partners Prize. The work of this year’s winner indicates the enthusiasm and imagination shown by AA Diploma students in addressing challenging, topical issues in architecture. We are grateful to Foster + Partners for their continued support of the prize and the innovative work it encourages.”

Yvonne Weng, winner of the 2012 Foster + Partners Prize said: “Programmatically, the project is centred on scientific exploration and harvesting medicinal plants, which provides an alternative use of the forest without destroying it. At the same time, the positive occupation of the territory it enables could provide a level of surveillance that helps to protect both the endangered environment and the indigenous population.” 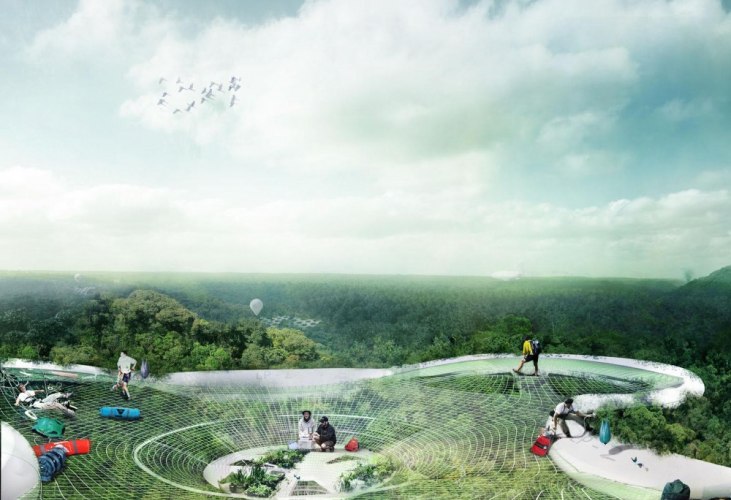 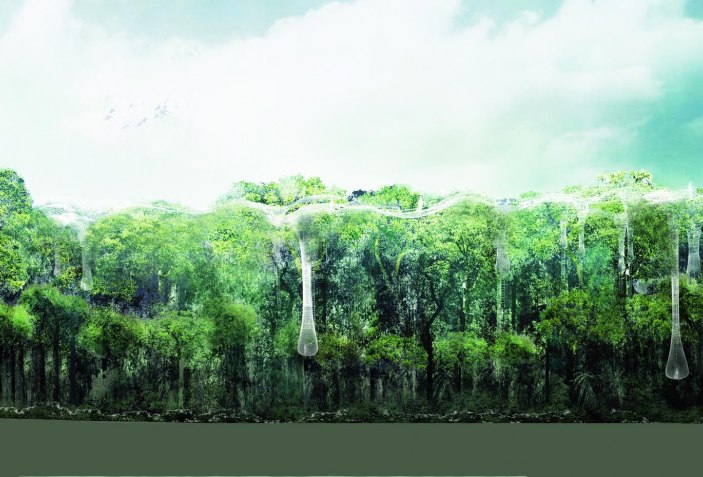 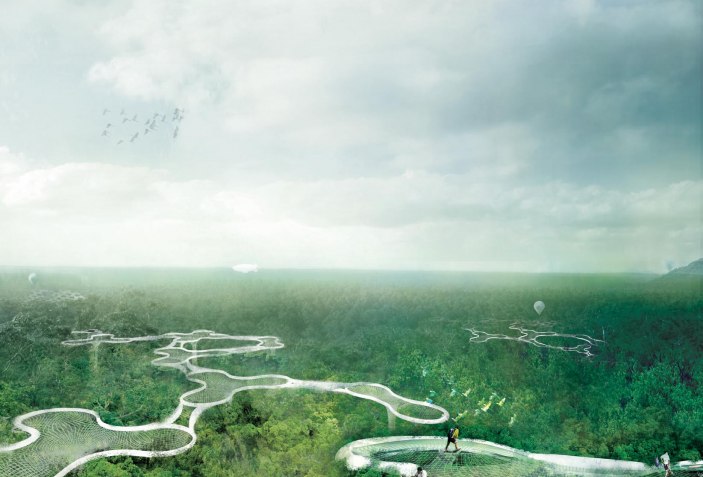 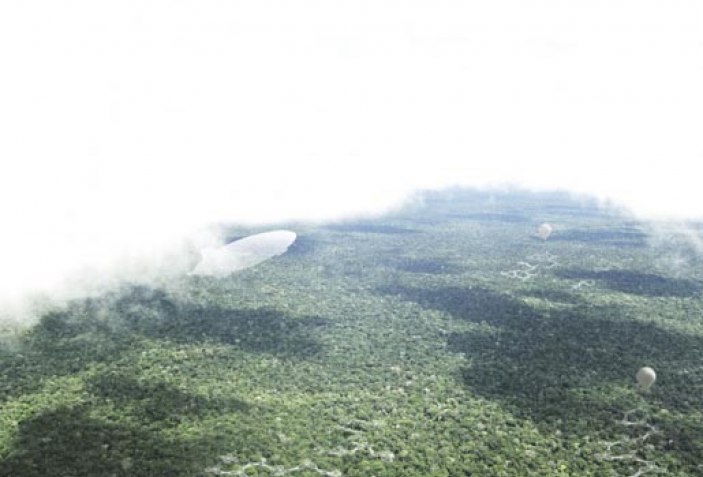 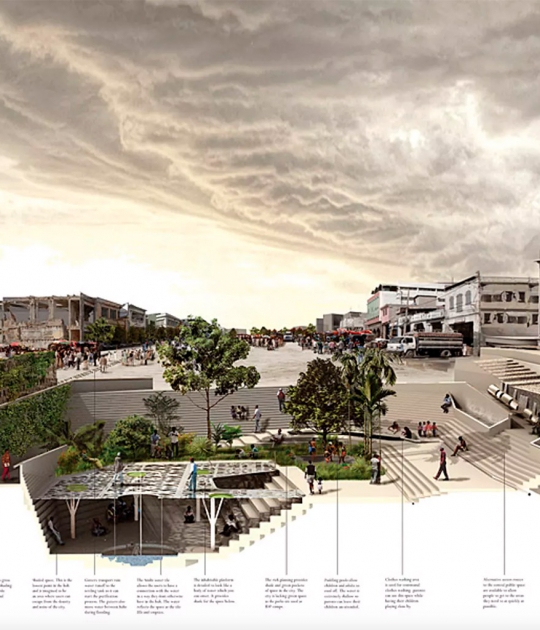