The Fundació Sorigué exhibits for the first time in Madrid, from March 30 and until May 24, in the Villanueva Pavilion of the Royal Botanical Garden the work of Mat Collishaw. 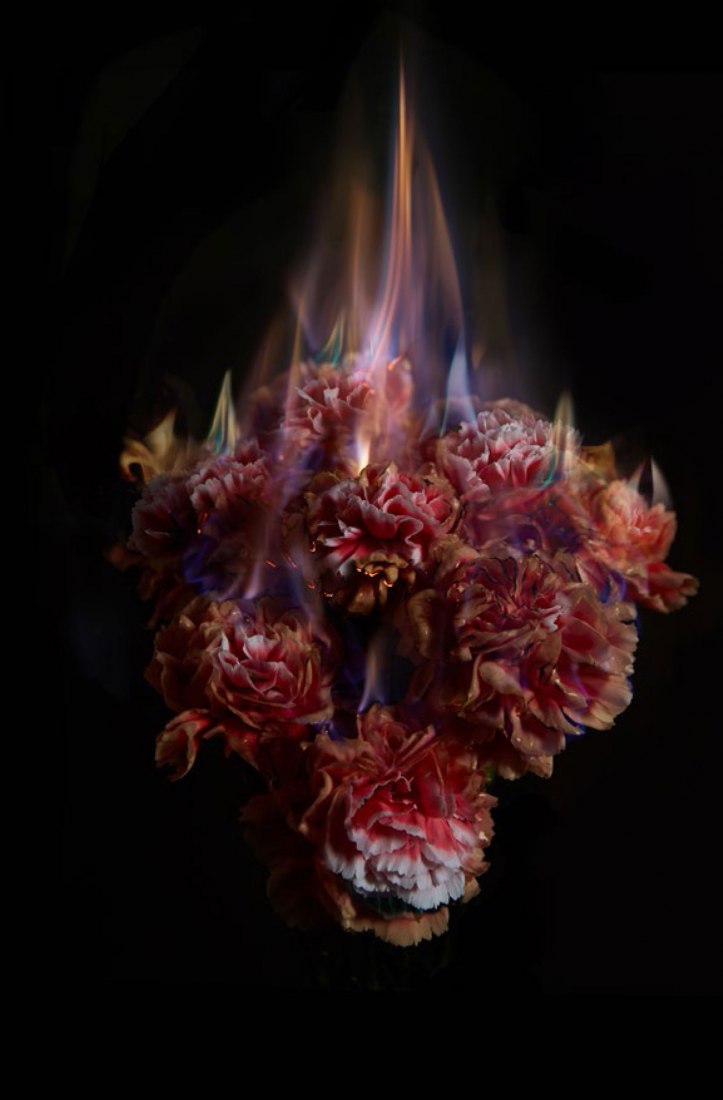 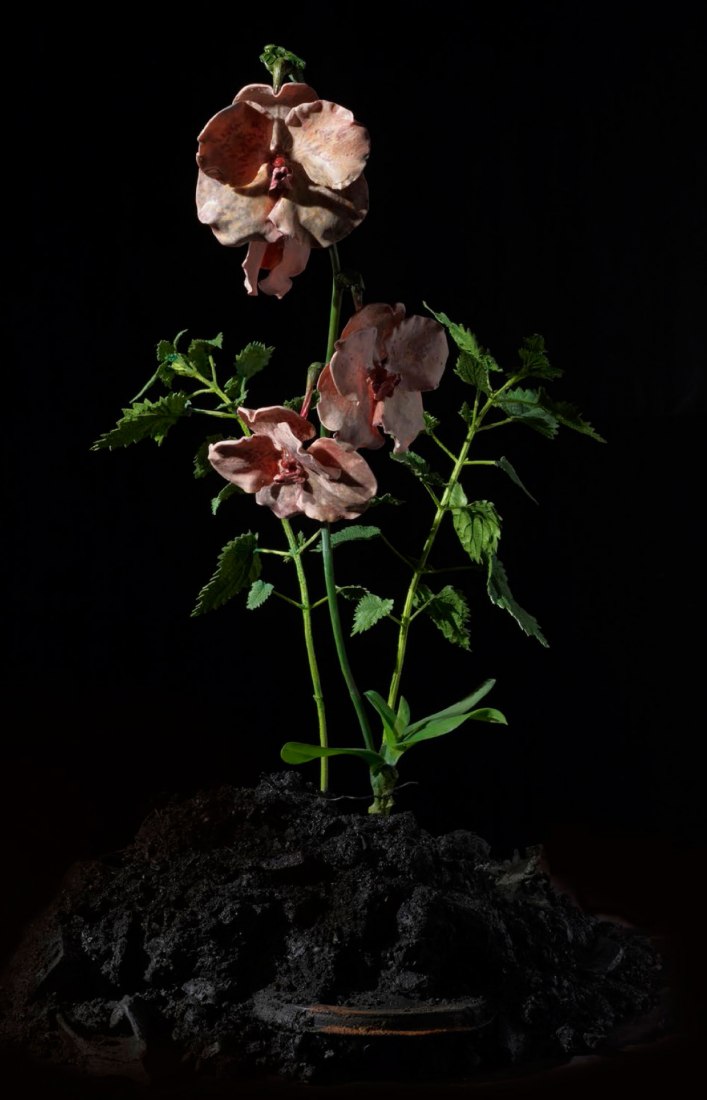 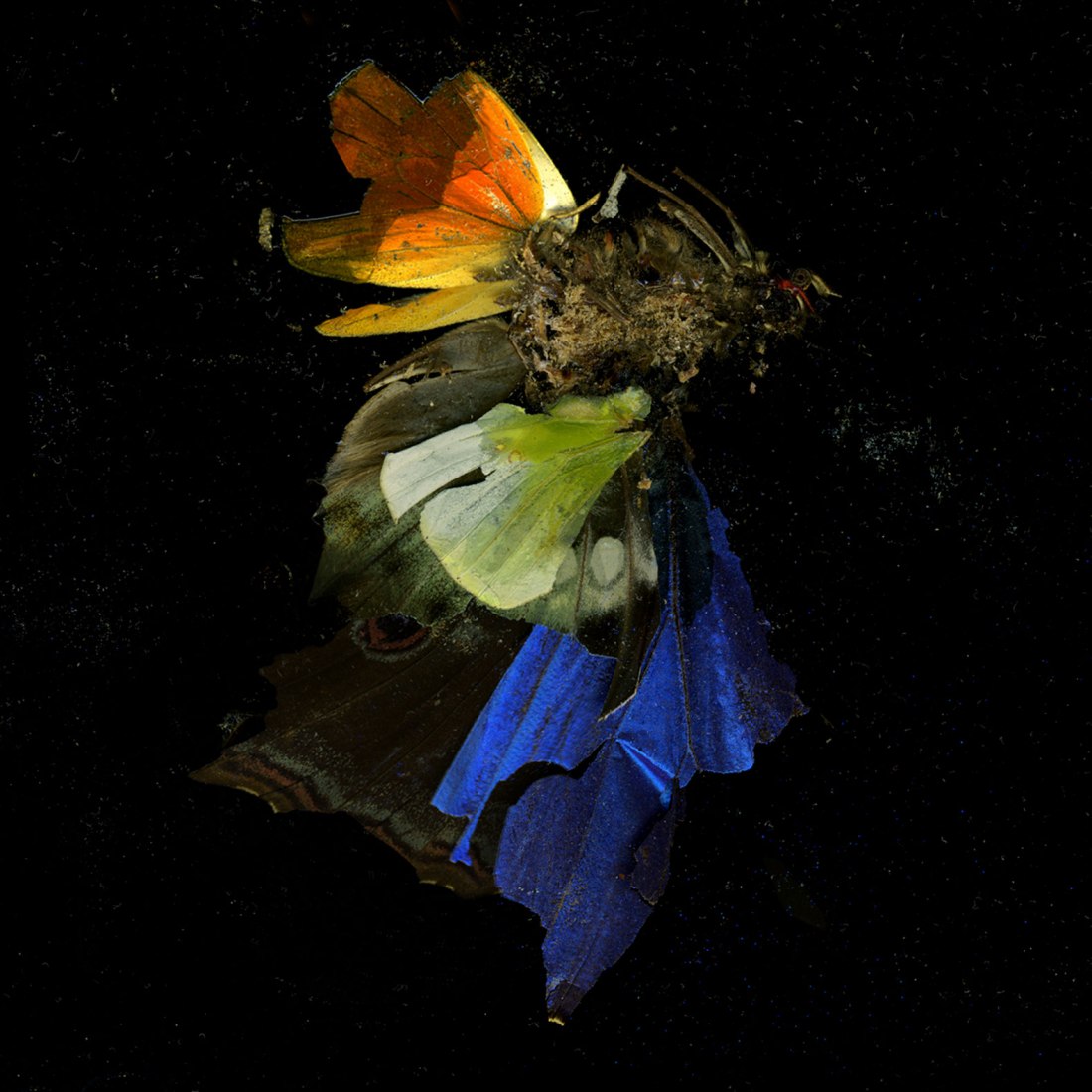 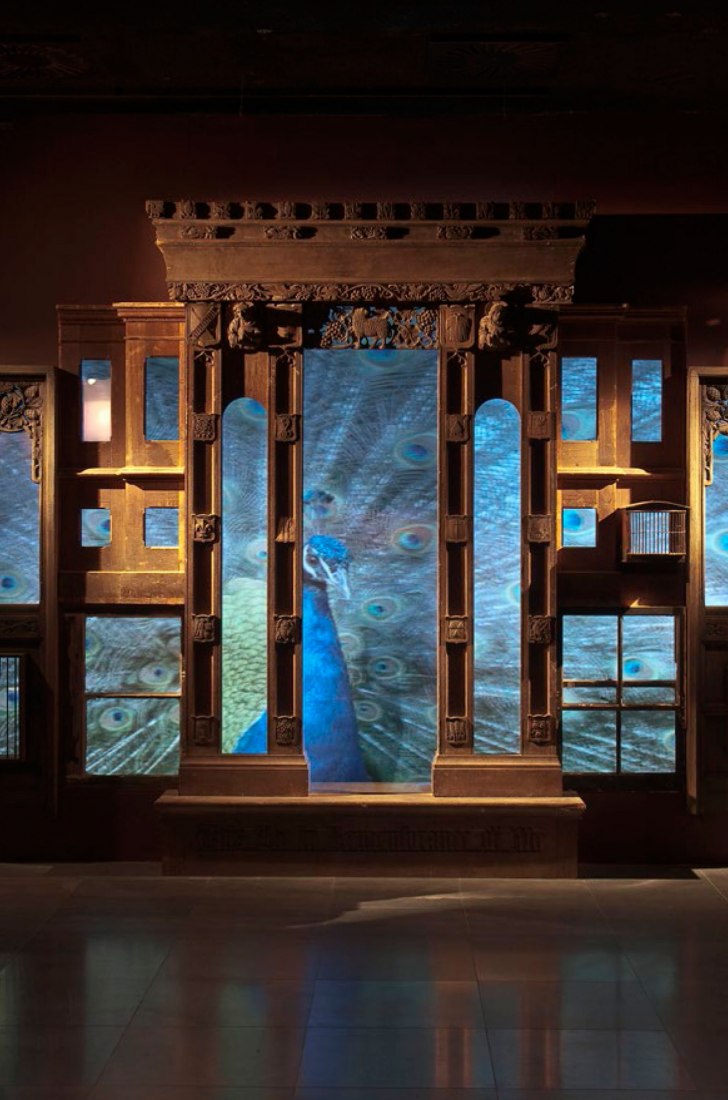 "Mat Collishaw. Dialogues "is the first individual exhibition of the British creator in Spain, at the Royal Botanical Garden by Fundació Sorigué, and is articulated around two key themes within Collishaw's work: the nature and history of art.

Through sculptures, photographs, films and installations of his last 20 years of career, the exhibition presents works that involve the public in a twilight world between the seductive and the disgusting, the familiar and the shocking, the poetic and the morbid.

A special selection of the works of the British creator Mat Collishaw. "Mat Collishaw. Dialogues" is the first exhibition organized by the Fundació Sorigué in Madrid.

Description of project by Fundació Sorigué

A special selection of the works of the British creator Mat Collishaw is presented for the first time in Spain from next March 30 in the Villanueva Pavilion of the Royal Botanical Garden. "Mat Collishaw. Dialogues "is the first exhibition organized by the Sorigué Foundation in Madrid.

"Mat Collishaw. Dialogues "is also the first individual exhibition in Spain of the artist. He makes intelligent, critical work that addresses universal subject matter, drawing the visitor into a game of dualisms: beauty and cruelty, poetry and provocation, light and darkness. A journey through his most transcendental works and pieces rarely exhibited, including the creations that are part of the contemporary art collection of the Sorigué Foundation. For this exhibition, we have carefully selected works that form a natural dialogue with the environment in which they are presented.

Through sculptures, photographs, films and installations of his last 20 years of career, the exhibition presents works that involve the public in a twilight world between the seductive and the disgusting, the familiar and the shocking, the poetic and the morbid. The beauty of Collishaw's work is convincing, seductive, captivating and hypnotic, but also repulsive insofar as it incites the viewer to perceive the darkest fantasies of its interior.

The exhibition has been structured around two areas, corresponding to the two wings of the Pabellón Villanueva of the Real Jardín Botánico (Royal Botanical Garden) of Madrid. Each wing presents a dialogue with two preoccupations of Collishaw’s work: nature and art history.

The natural world often contains hostile and cruel environments, which humans have tendency to idealise and romanticise. Collishaw’s work examines man’s domination of the natural world, our morals and our deeds.

Collishaw often restages and reimagines key historical works of art, using current language and contemporary mediums. In this part of the exhibition there is a dialogue between Collishaw’s works and the masterpieces of the neighbouring Museo Nacional del Prado (Prado Museum). Collishaw's relationship with the museum dates back to the creation of the video Blind Date in 1997. The artist documented how he flew blindfolded from London to see Las Meninas by Velázquez, so as to focus on the painting and avoid interruption by other visual stimuli.

The Fundació Sorigué, based in Lleida, has been promoting the social return of the Sorigué business group for more than 25 years through social, educational and cultural activities, especially in those territories where the company is present. Among its objectives, its vocation is to bring contemporary art closer to all audiences. For the Fundació Sorigué, this exhibition means adding value through culture to Madrid, a city with which the Sorigué business group has been linked for more than two decades. 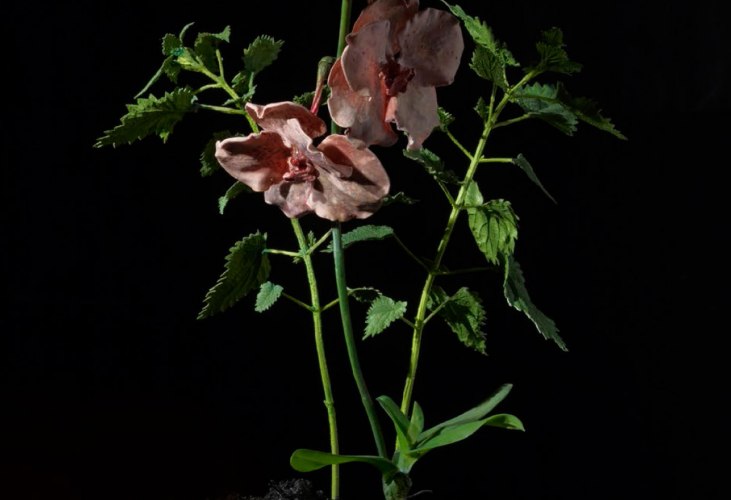 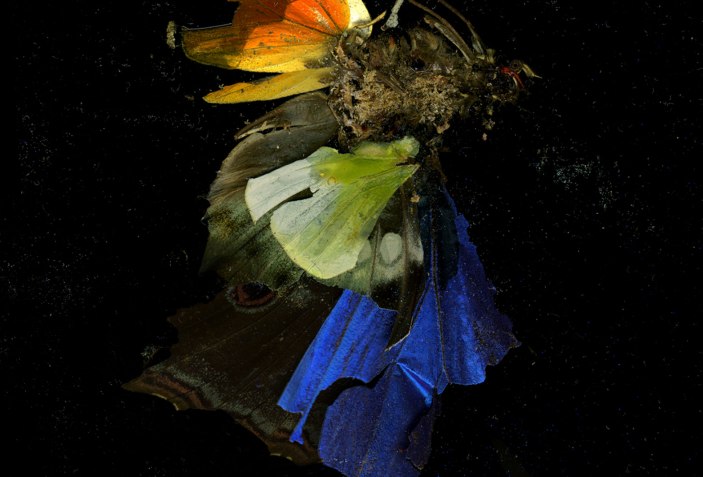 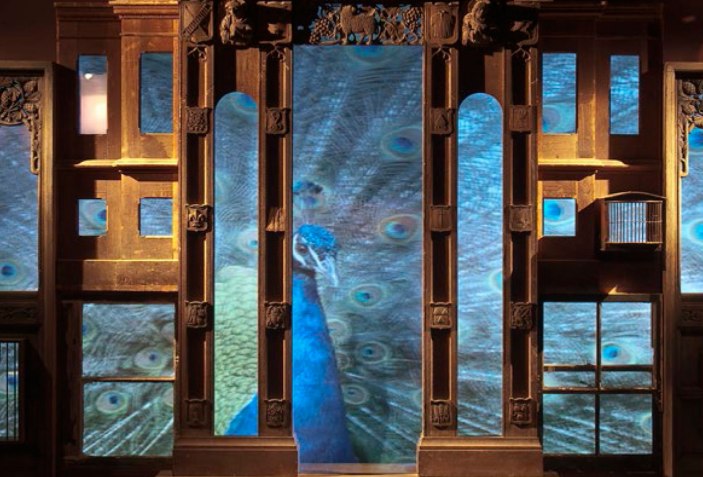 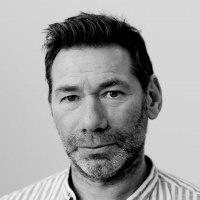 Mat Collishaw (Nottingham, 1966), lives and works in London. Graduating from Goldsmith's College in 1989, he became a key figure in an important generation of contemporary British artists known as the ‘Young British Artists’ or ‘YBA’s’ alongside artists including Damien Hirst and Sarah Lucas. With a visual language that embraces diverse media; painting, photography, video and installation, Collishaw uses a combination of different media and technology to create his artworks.

Especially relevant is his participation in 1997 in the important exhibition "Sensation: Young British Artists from the Saatchi collection" at the Royal Academy in London. In that exhibition he presented "Bullet Hole"
(1988), a large-scale photographic work that showed a close-up of a bleeding wound. This iconic image today established Collishaw's penchant for the use of images that are both viscerally striking and strangely beautiful. 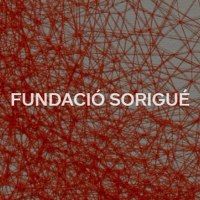 The Fundació Sorigué has been promoting since 1985 the vocation to return to society of the Sorigué business group, through activities in the social, educational and cultural fields. After an extensive and successful experience in Catalonia, the foundation also extends its activities to other communities, starting with Madrid, where Sorigué has been present for more than two decades.

The Sorigué Foundation, in its vocation to bring contemporary art to all audiences, will offer 1,600 free tickets to the exhibition through its website, which will include a guided tour, as well as an educational program and various activities that will revolve around the exposition. 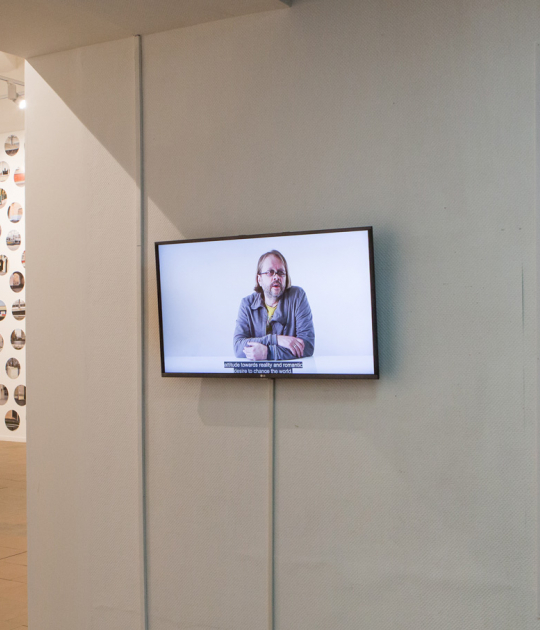 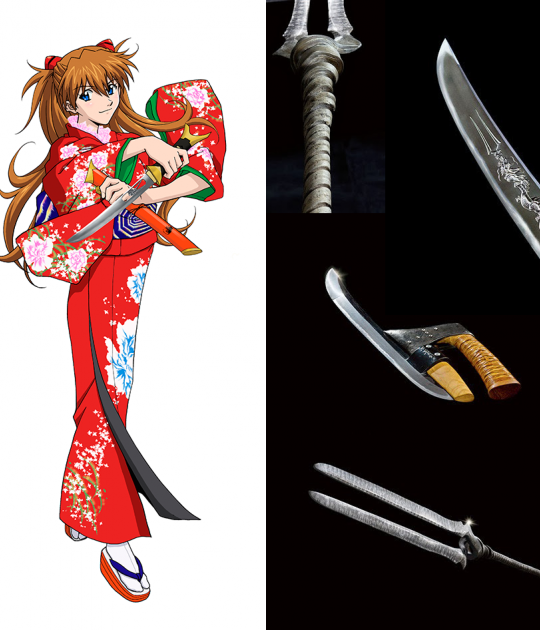 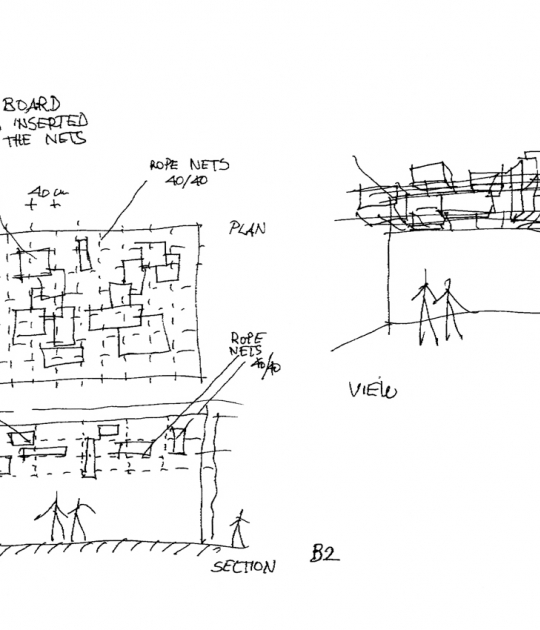 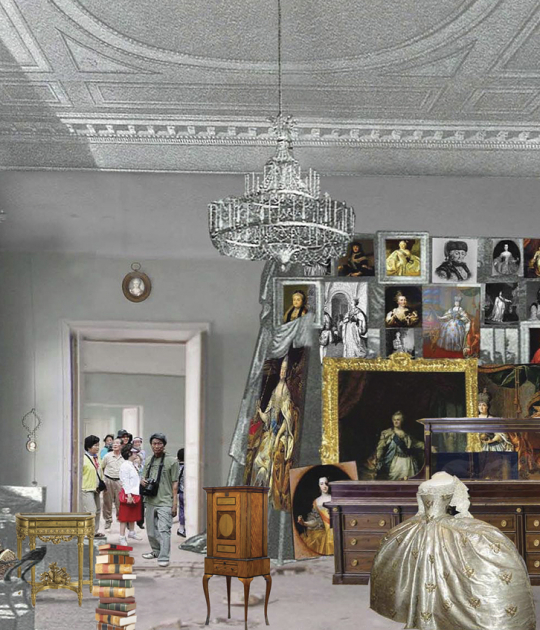