On November 15 we announced here this performance in StoreFront, New York. if you could not attend, they have edited the videos of the performance that today we bring and some pictures. The installation was on view November 22-December 7. The opening event included a brief "teaser" performance. Full performances took place nightly, November 25-30, at 7:00 P.M. and 8:30 P.M. 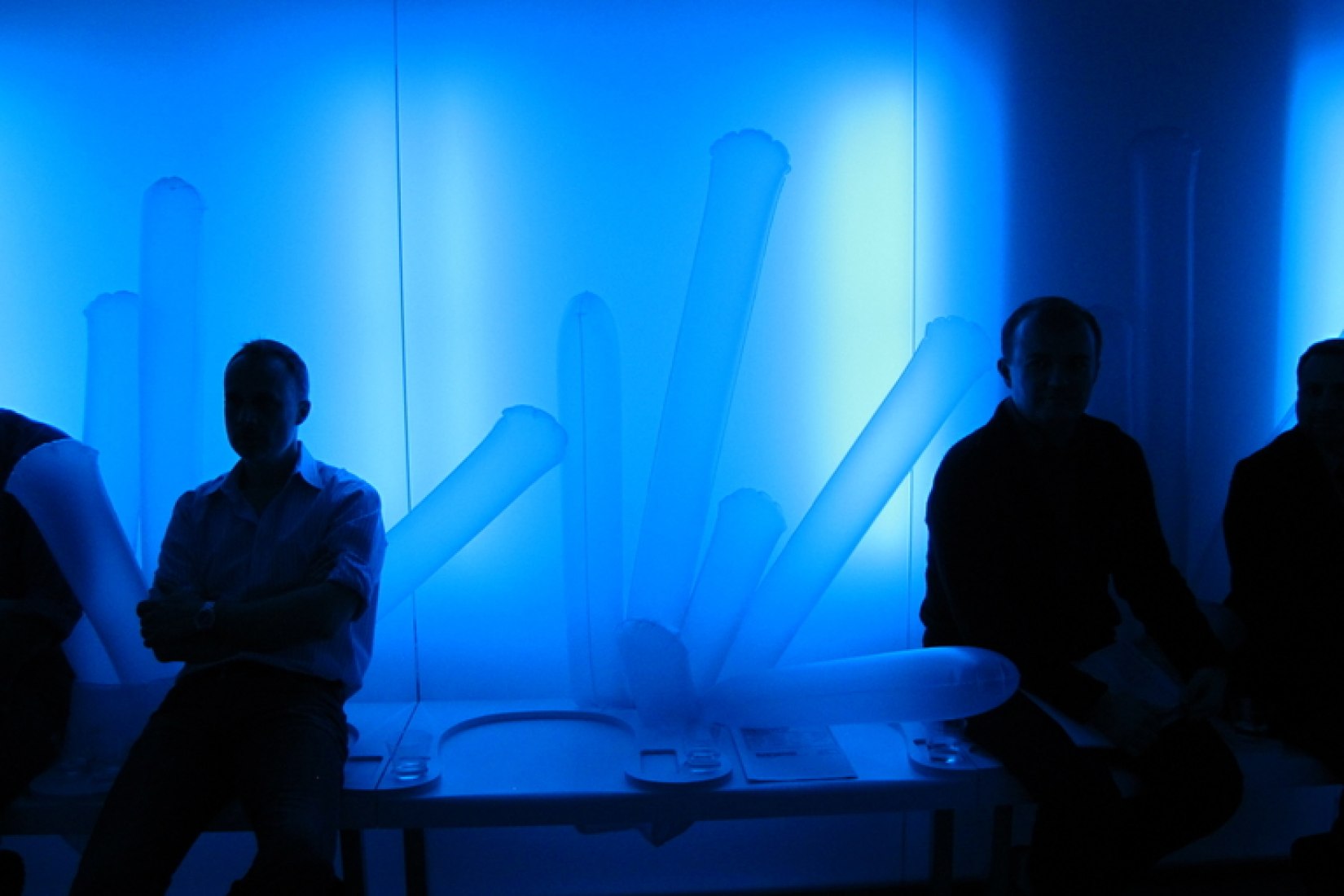 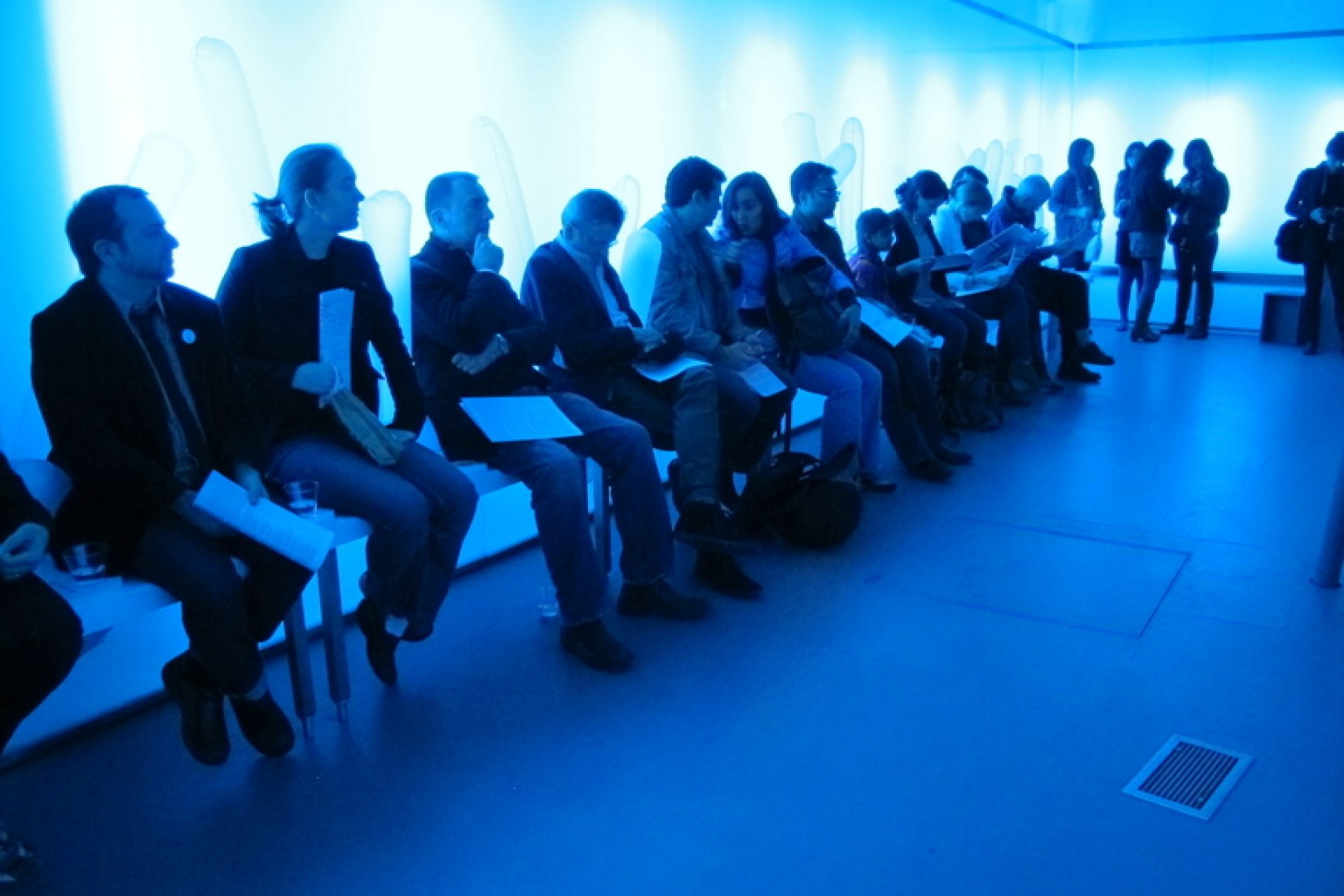 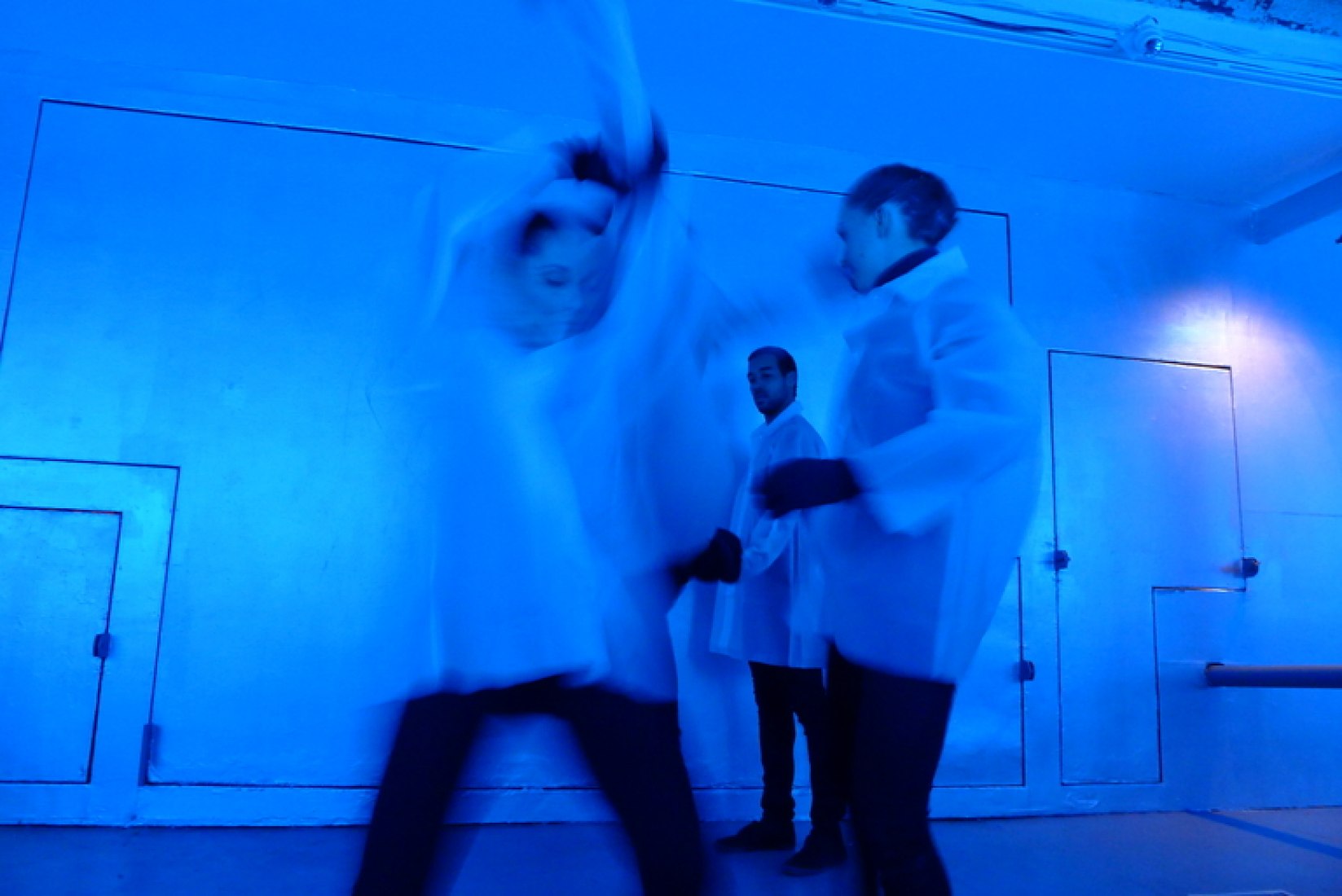 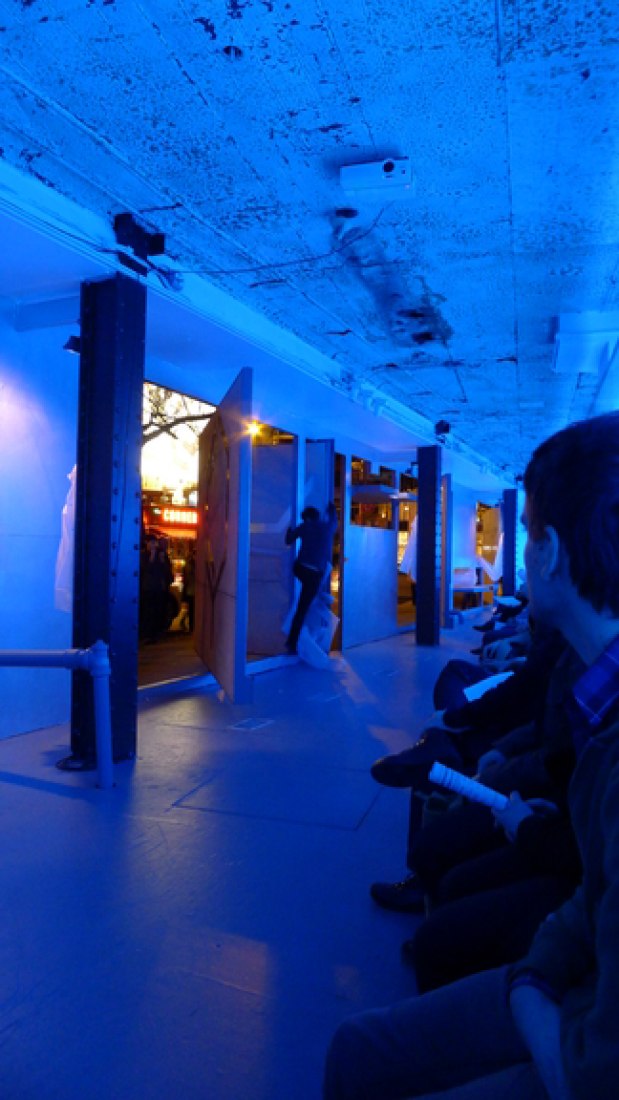 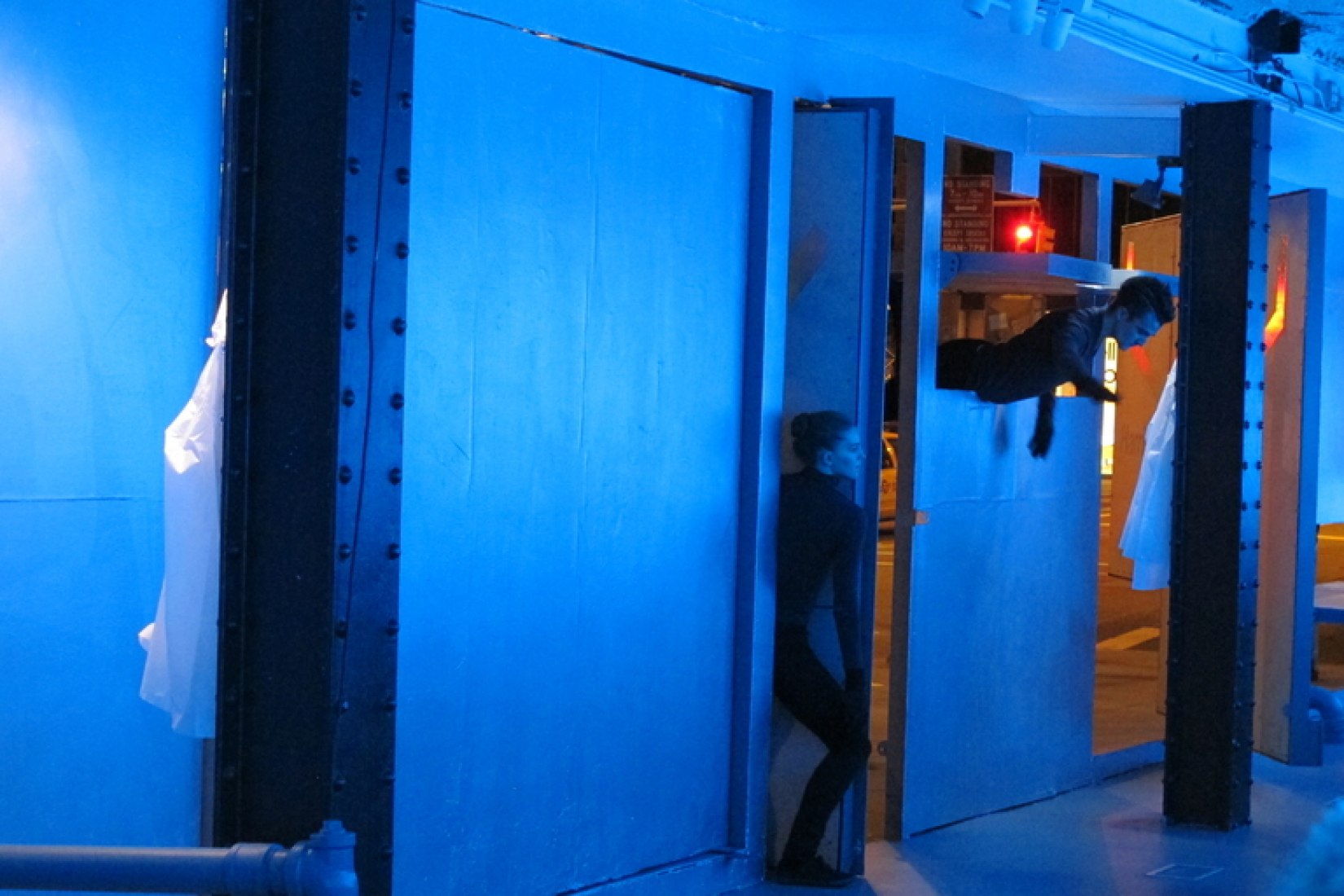 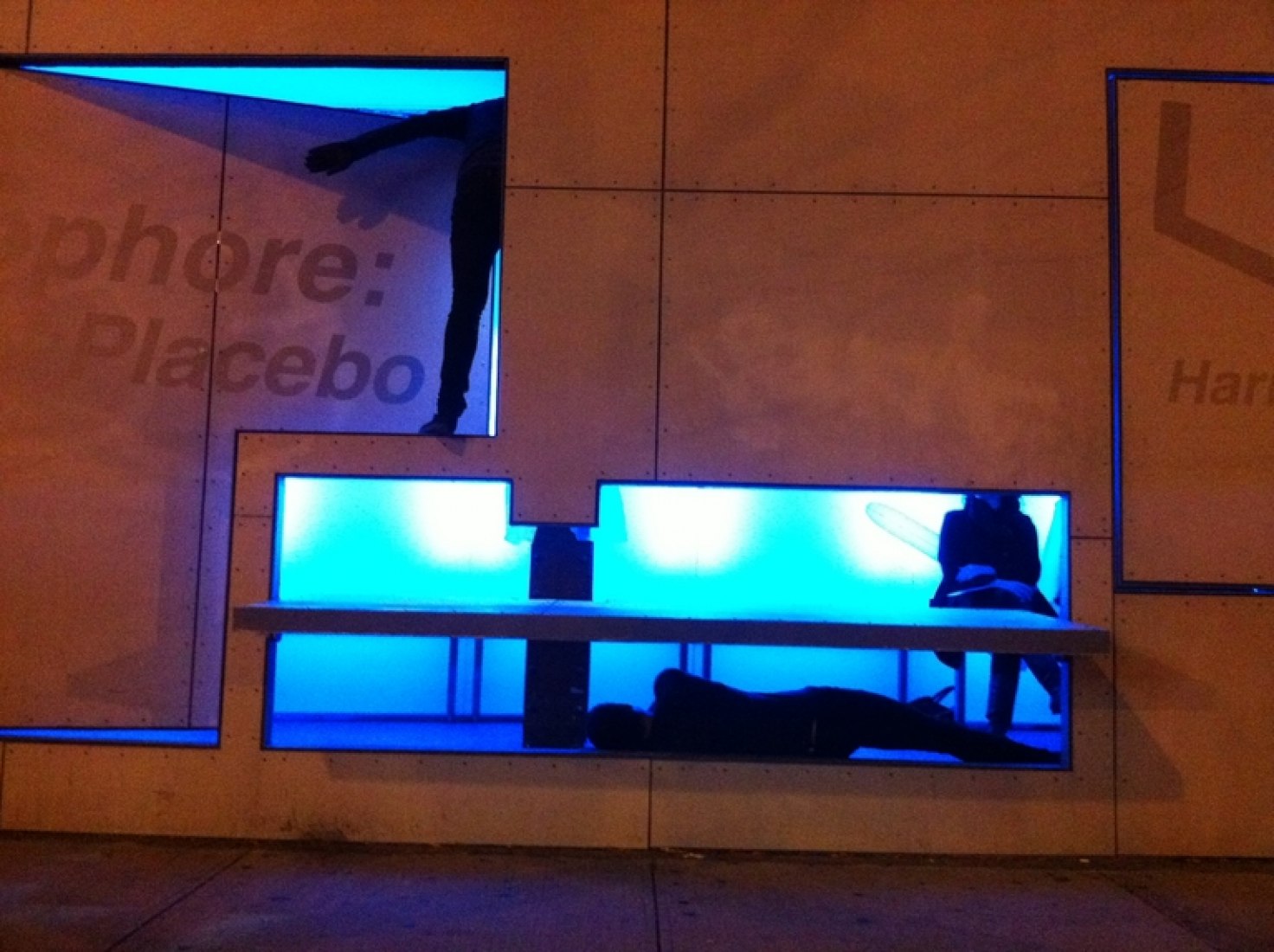 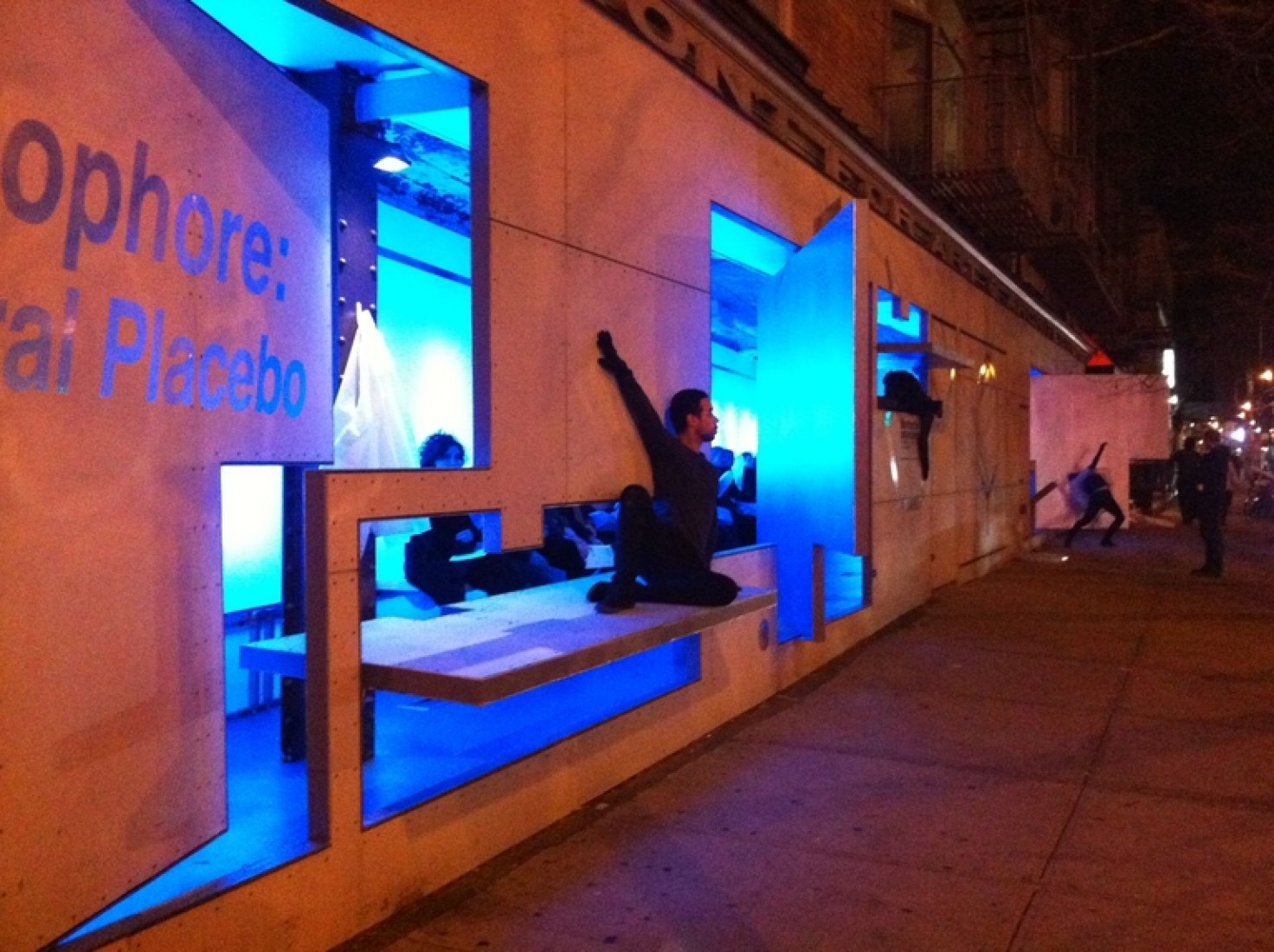 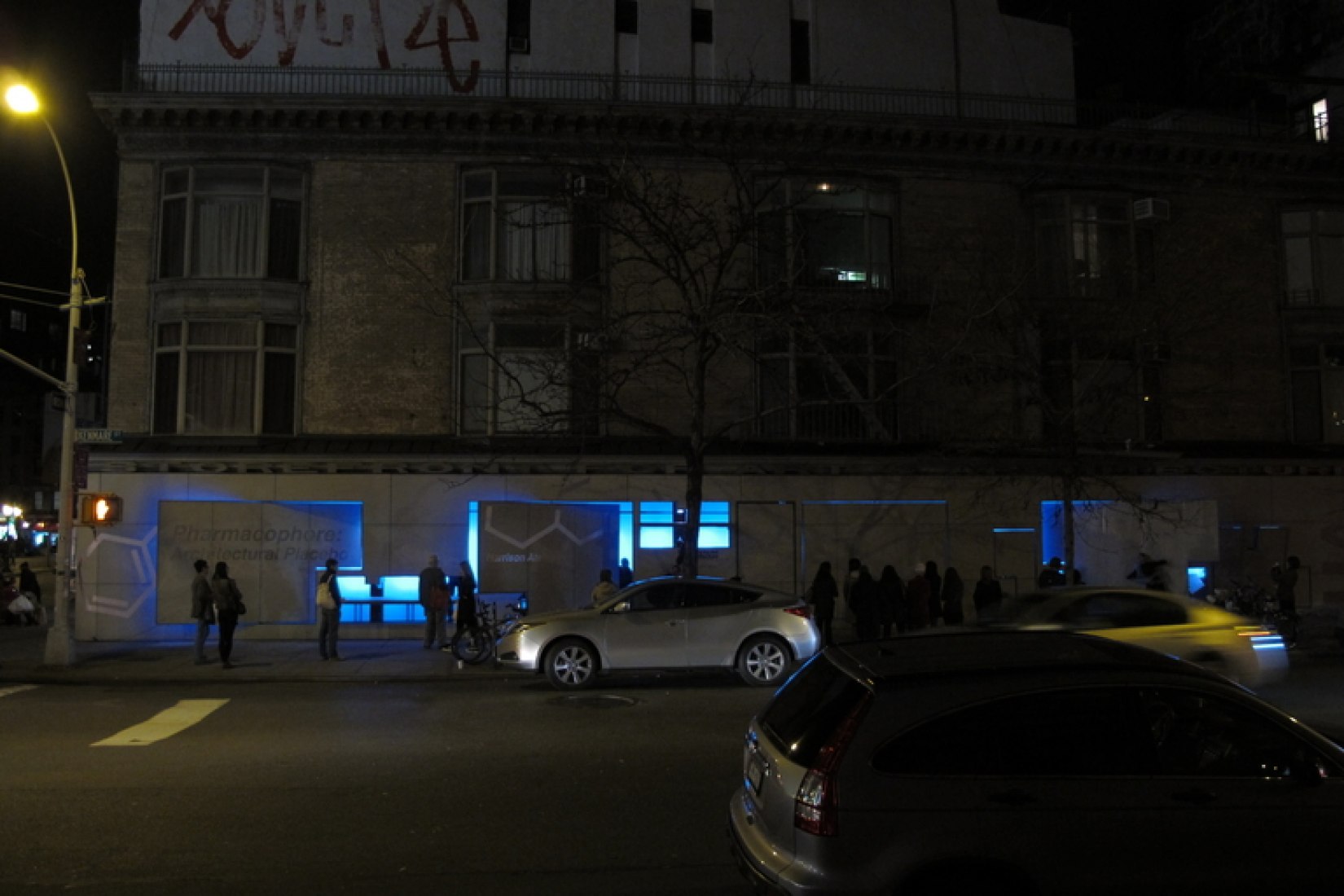 The very ideas underlying Pharmacophore: Architectural Placebo epitomized the unique intersection HAt occupies-where art meets science, technology and medicine, and the real and the imagined become a highly nuanced blend. The title of the project represents the composite figure of two medical terms. Pharmacophore is used by doctors and drug researchers to describe any family of similarly-shaped molecular structures that interact predictably with a particular biological target.

Placebo effect is a beneficial change in a biochemical state, temporary and unreliable, produced in anticipation of therapy. The interaction of the two assumed a beguiling complexity. Placebo effects are augmented by marketing campaigns, social ambition, quests for scientific success as well as the institutional apparatus of white coats, prescription labels and medical instrumentation. Often the appearance of side effects can trigger the placebo effect of an otherwise inefficacious drug. Sometimes a placebo effect can be caused by a diagnosis.

Where, then, is the line between pharmacophore and placebo? What are our cultural placebos, the conventions and assumptions on which we rely every day? Is medicine itself one such placebo-pharmacophore? Having taken these questions as conceptual touchstones, Pharmacophore: Architectural Placebo was HAt's exploration of the cultural and philosophical economy that surrounds medicine, technology, and the human prospect in the 21st century. 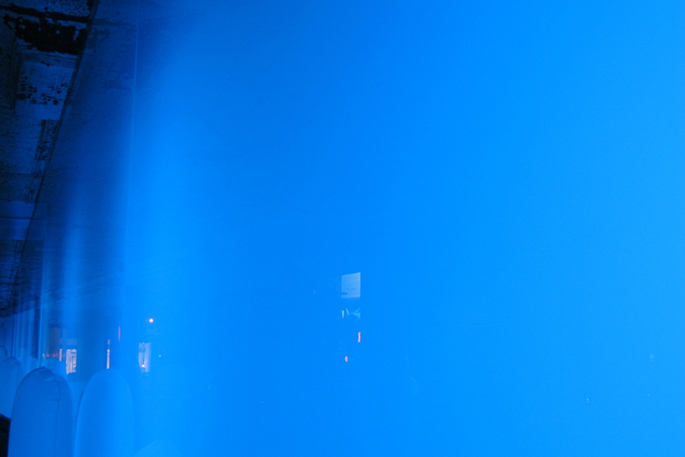 Referencing the pharmaceutical company façade and the radiological suite, the installation consisted of 24 eight-foot-tall, tempered glass plates, supported by stainless steel framing and backlit blue, placed against along the back wall of the gallery. Contoured seats, suggestive of medical apparatus, were integrated into the installation pieces, which were dotted with inflatable forms that when unfurled became spatializations of pharmacophores. The inflatable set pieces were used as costumes and props; audience members used them as cushions. In the interaction among design objects, dancers, spectators and set, the performance, following Riener's choreography, highlighted the shared desires that prompt our cultural placebos-even as the set pieces were contorted into placebo-effects as specific and numerous as the audience members themselves.

The piece is the third installment in HAt's Pharmacophore series of design-dance hybrids. Catherine Miller choreographed the previous iterations in late 2010.  In this version of Pharmacophore, Ariane Lourie Harrison's installation incorporated set and costumes, having transformed the entirety of the Storefront gallery into a pharma-cultural landscape. The project contained an original lighting design by Aaron Copp and Nick Houfek and an original score by Loren Dempster. 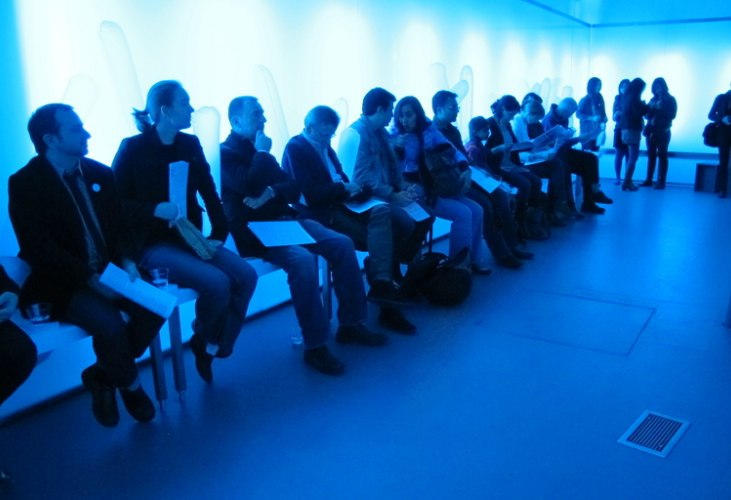 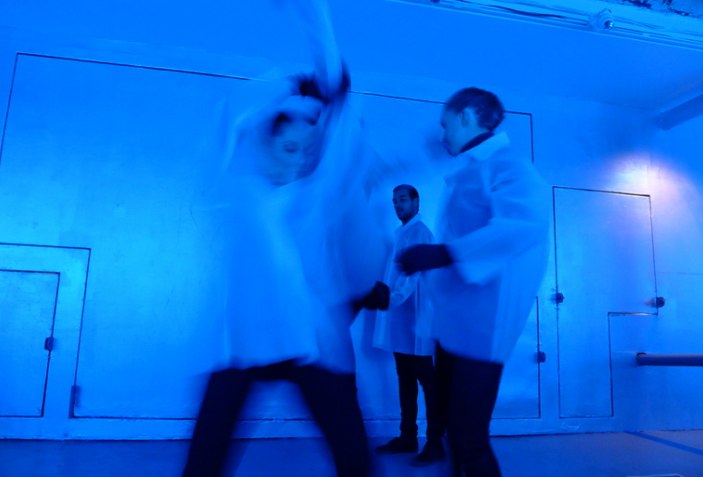 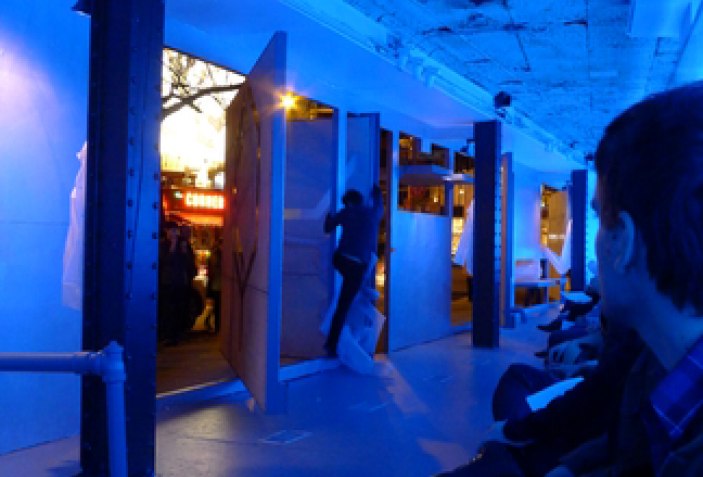 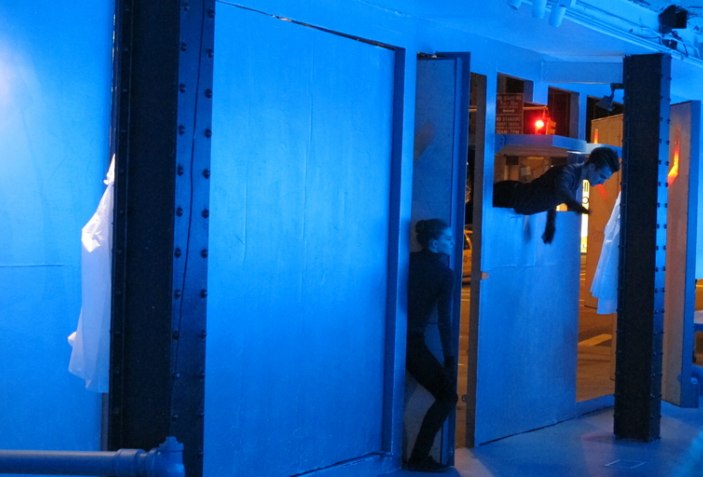 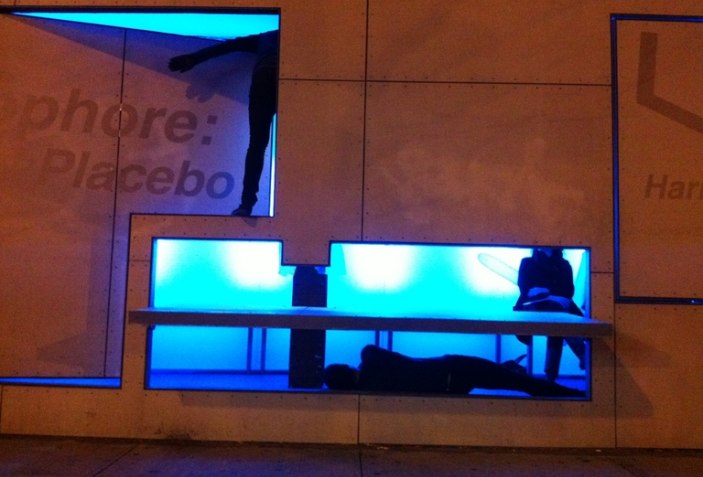 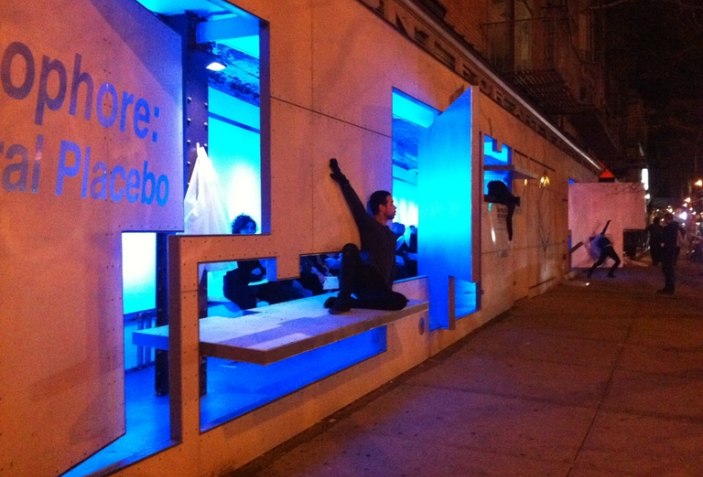 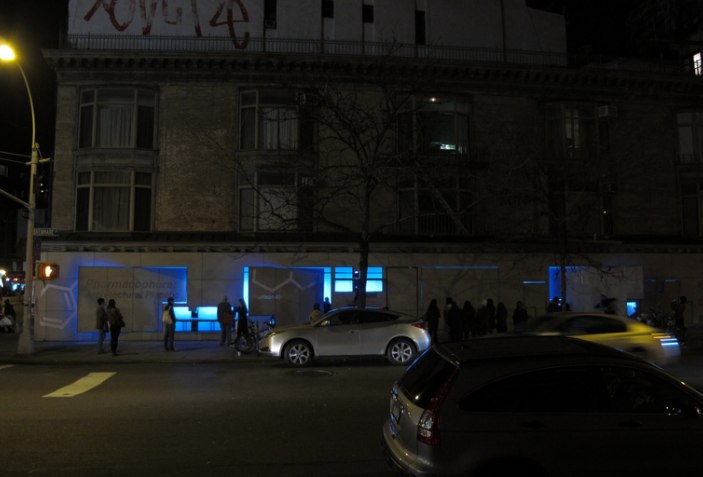 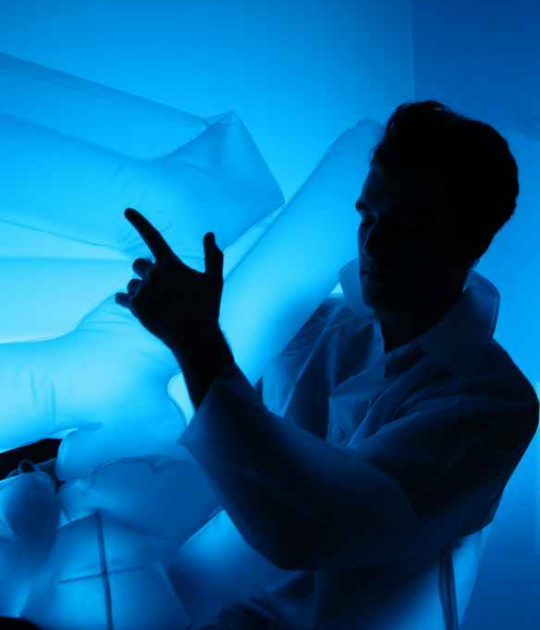 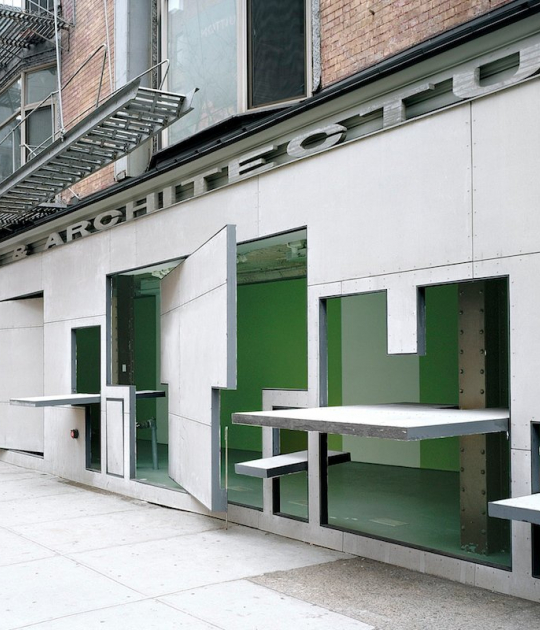 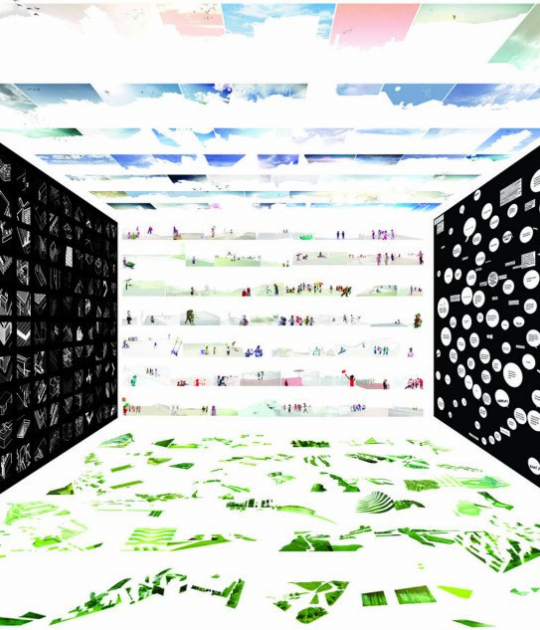 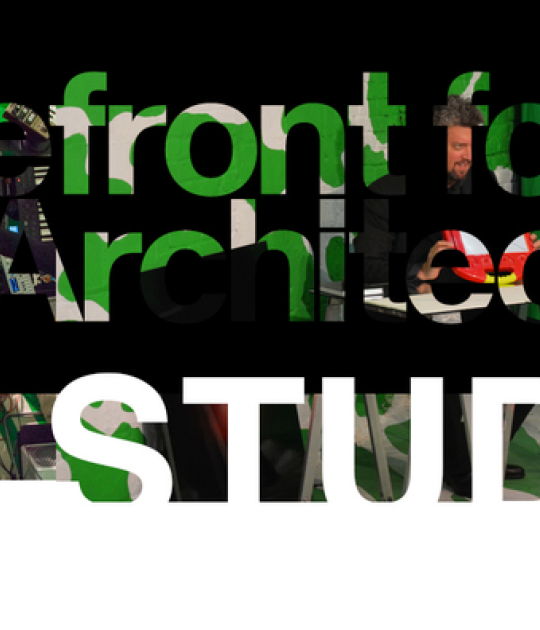