Last weekend (Saturday, August 29) the German-born photographer Jürgen Schadeberg, author of the mythical photograph of Nelson Mandela revisiting the cell where he was imprisoned for 27 years, died at the age of 89, at his home in La Drova, a district of Barx (Valencia) where he lived since 2013. 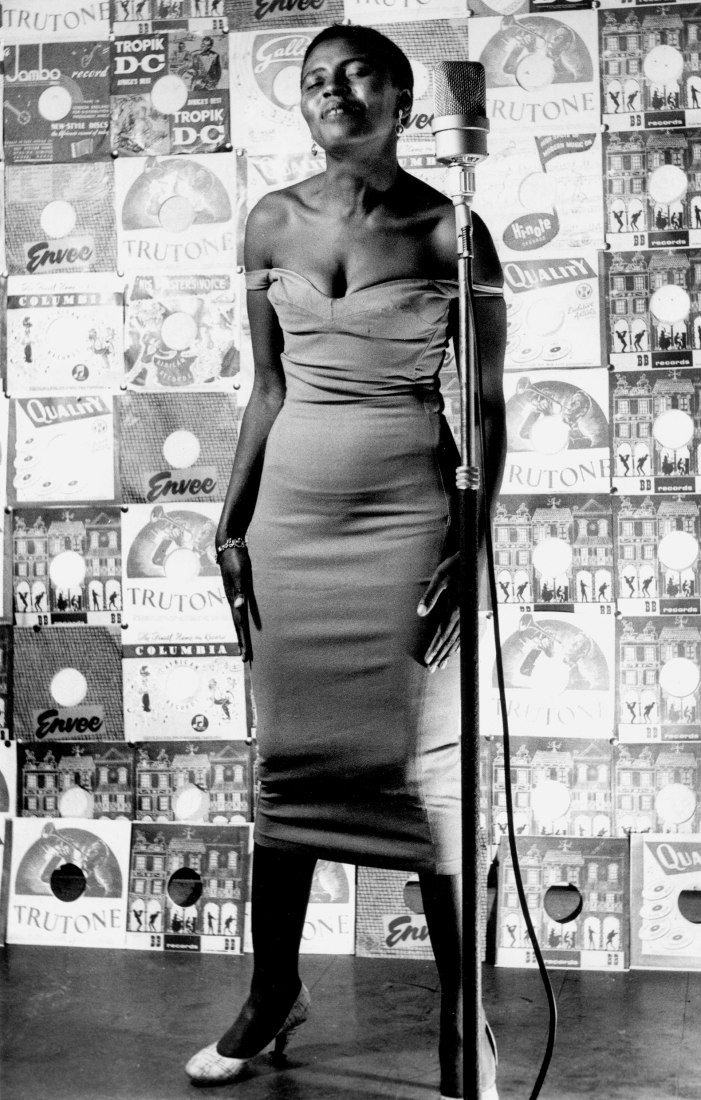 Singer Miriam Makeba cover of Drum 1955. Courtesy of Per Amor a l'Art Collection - The Schadeberg Collection. 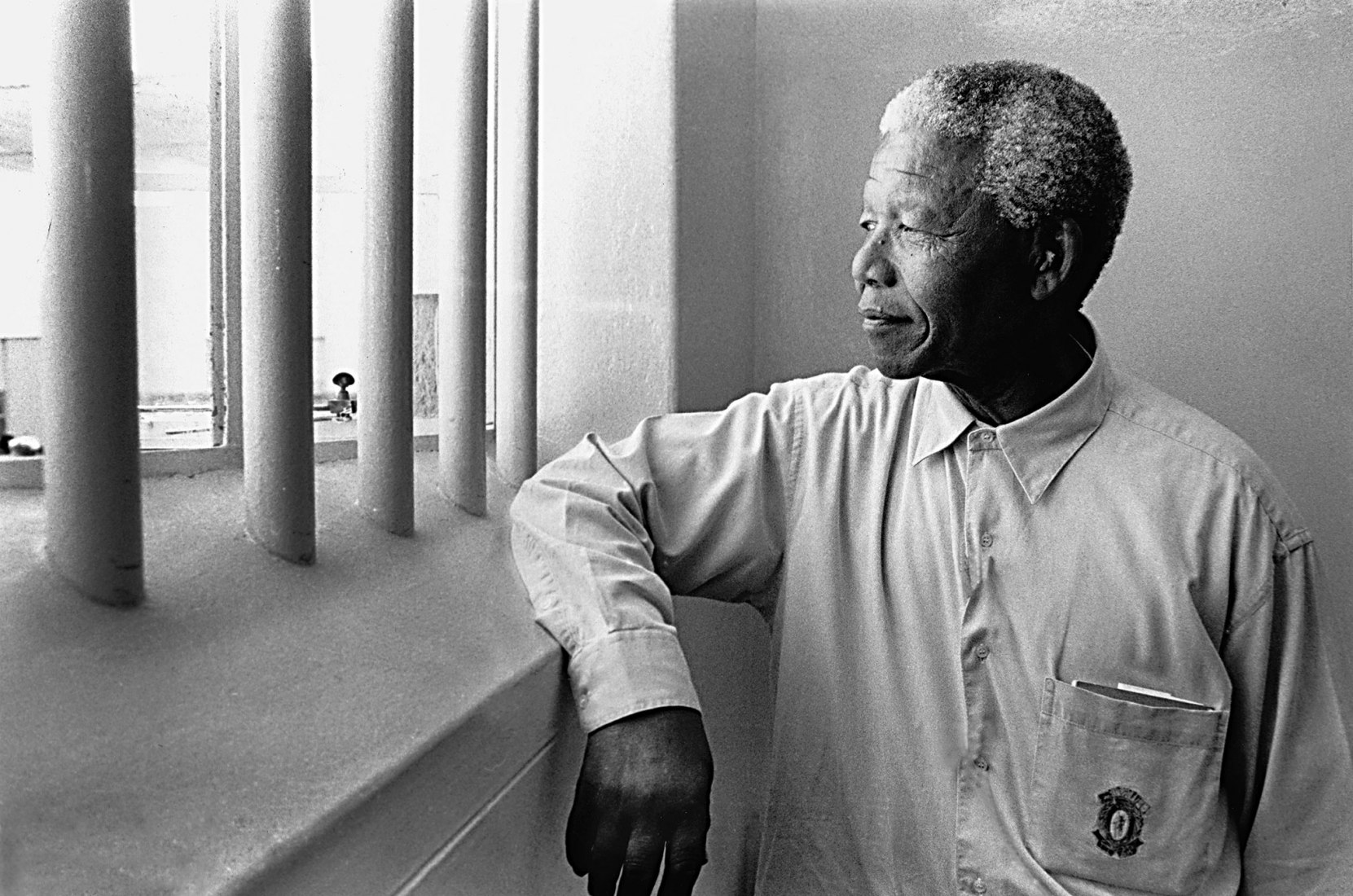 Then-President Nelson Mandela revisits his South African prison cell on Robben Island, where he spent 18 of his 27 years in prison, in 1994. 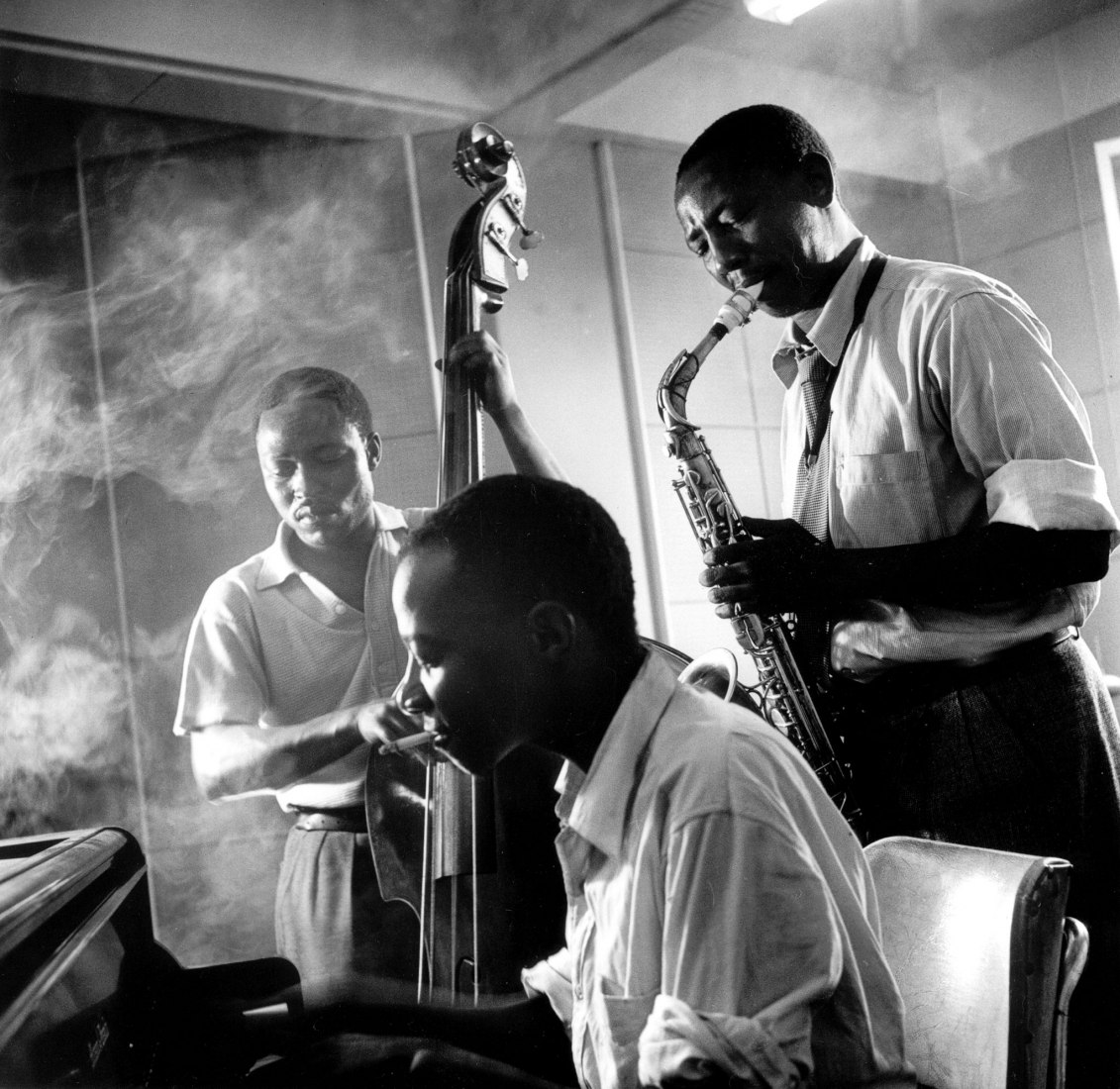 The Thee Jazzolomos in Johannesburg, 1953. Courtesy of Per Amor a l'Art Collection - The Schadeberg Collection. 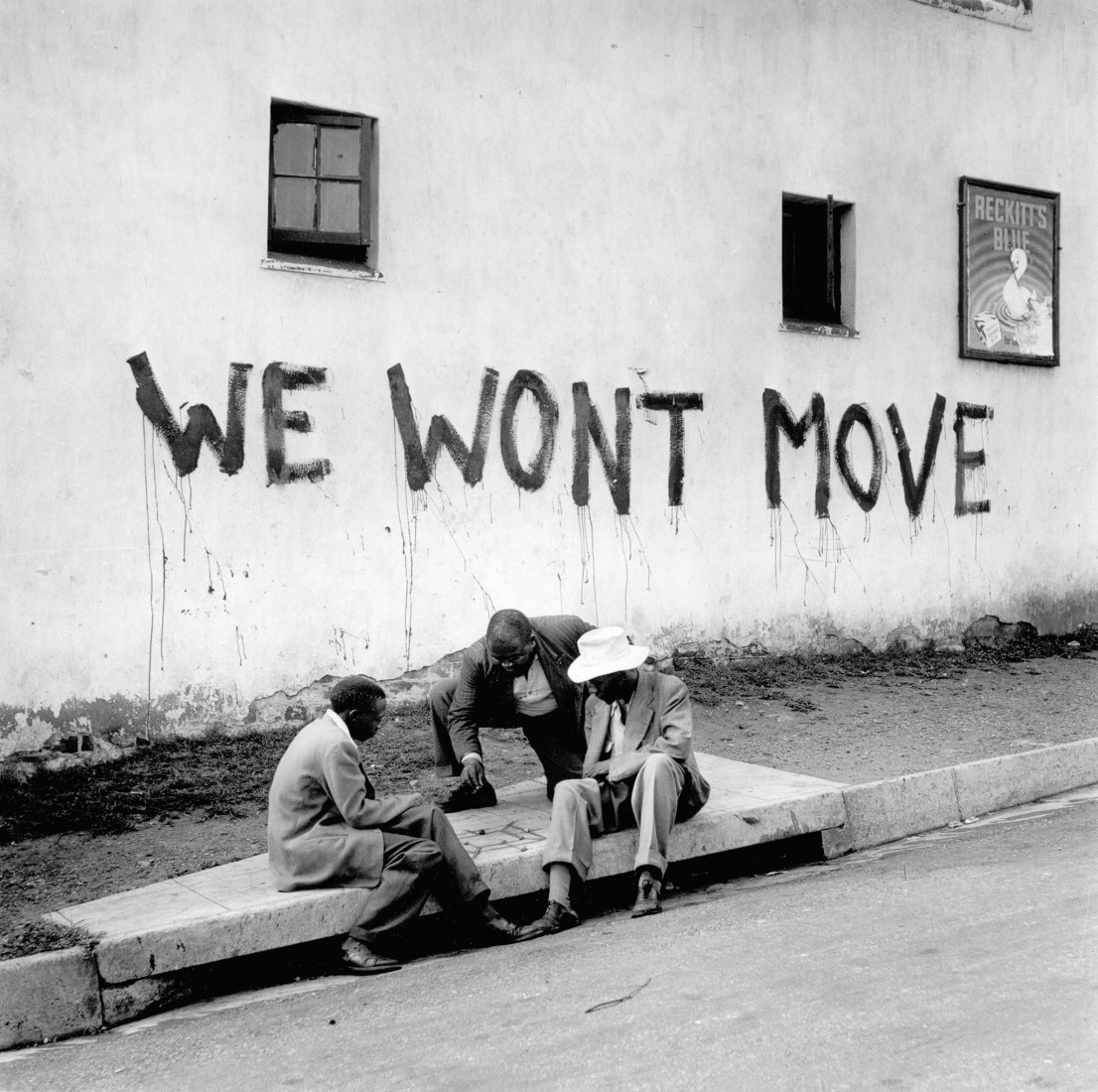 We won't move, during the destruction of Sophiatown 1955. Courtesy of Per Amor a l'Art Collection - The Schadeberg Collection. 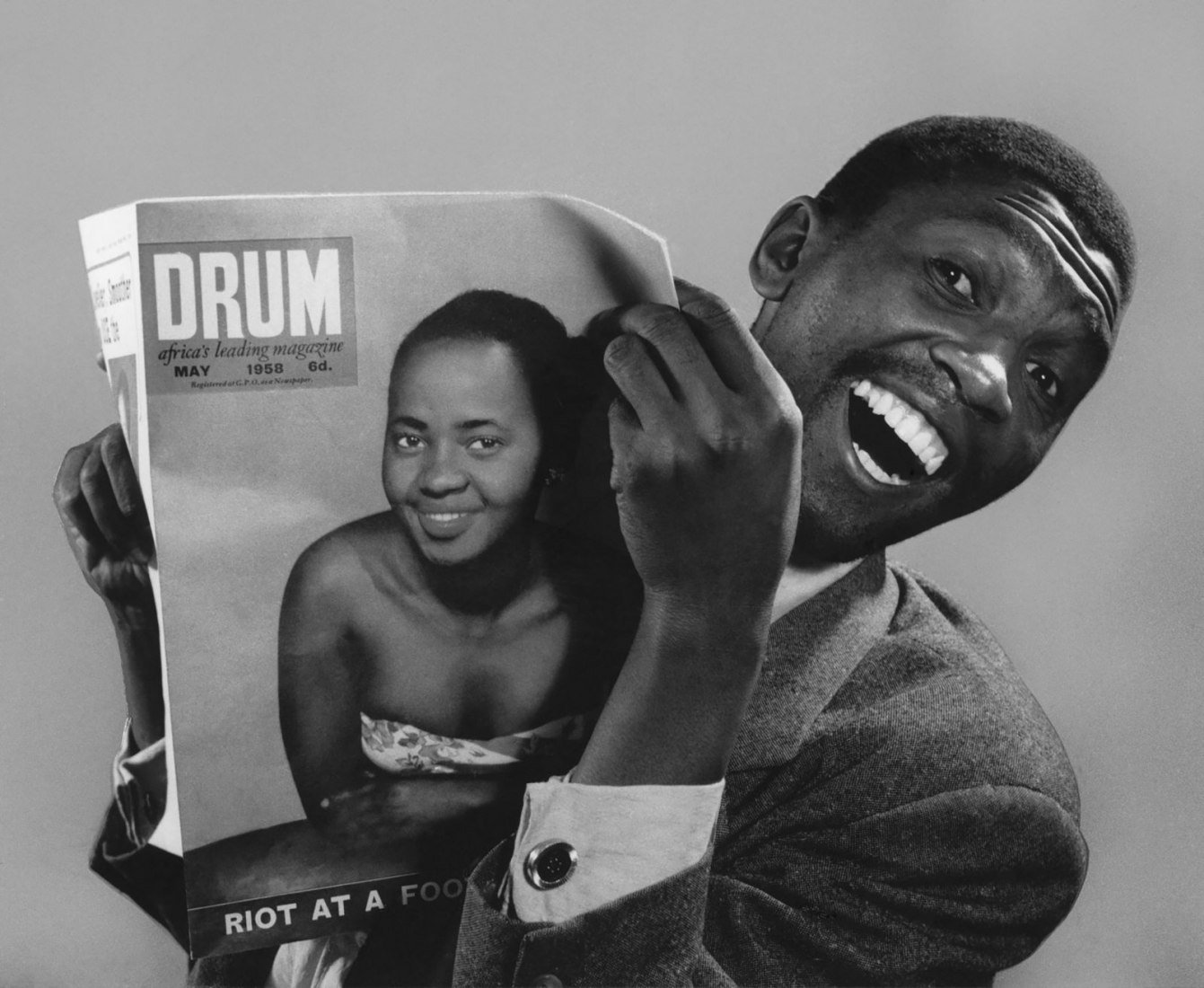 Sol Rachilo, an actor and entrepreneur, poses with an issue of "Drum" in 1958. "Drum" was the first South African magazine that featured Black cover girls.Jurgen Schadeberg 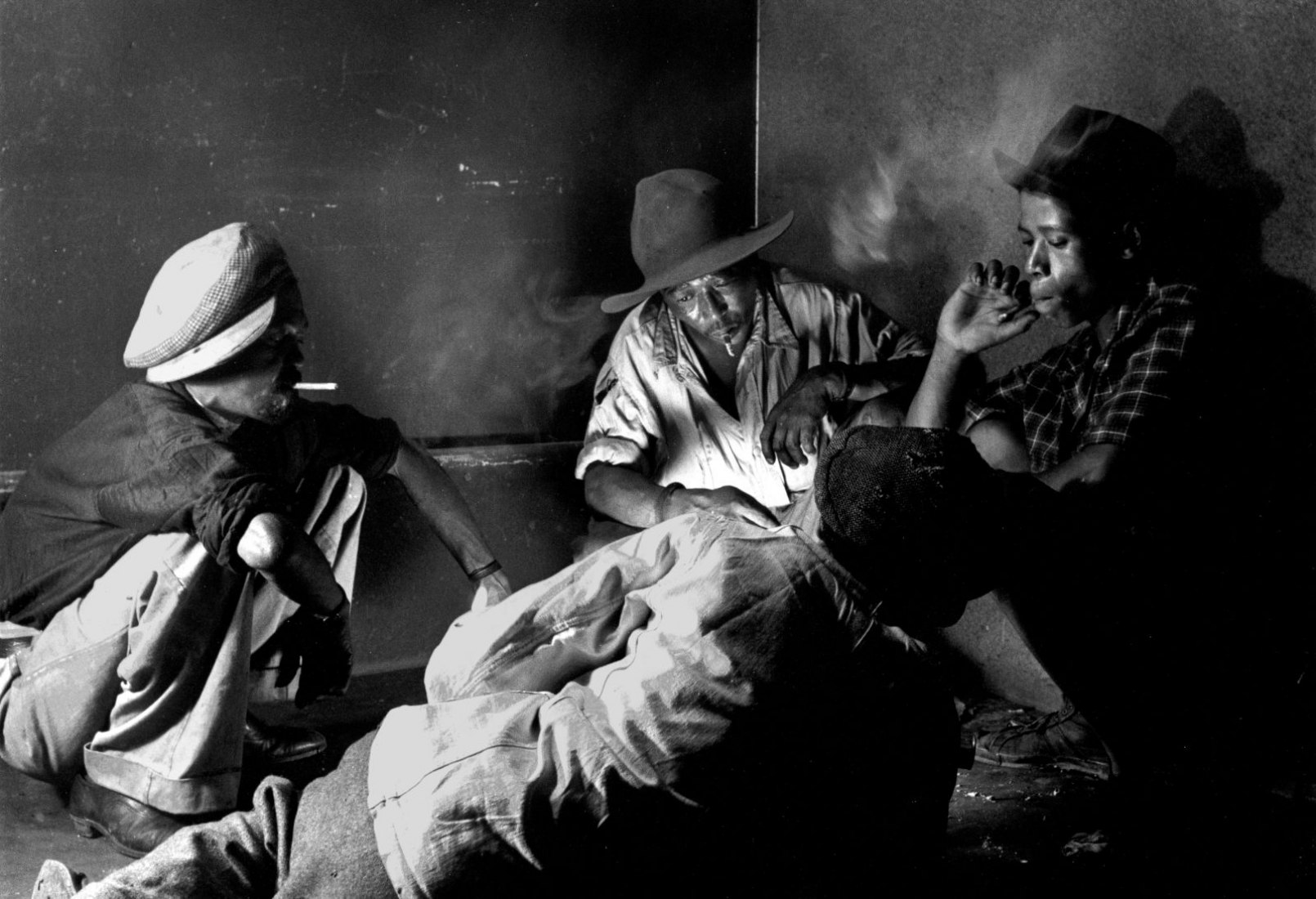 People smoke in Sophiatown, one of the last areas of Black homeownership in Johannesburg, though even property owners were poor. Jurgen Schadeberg 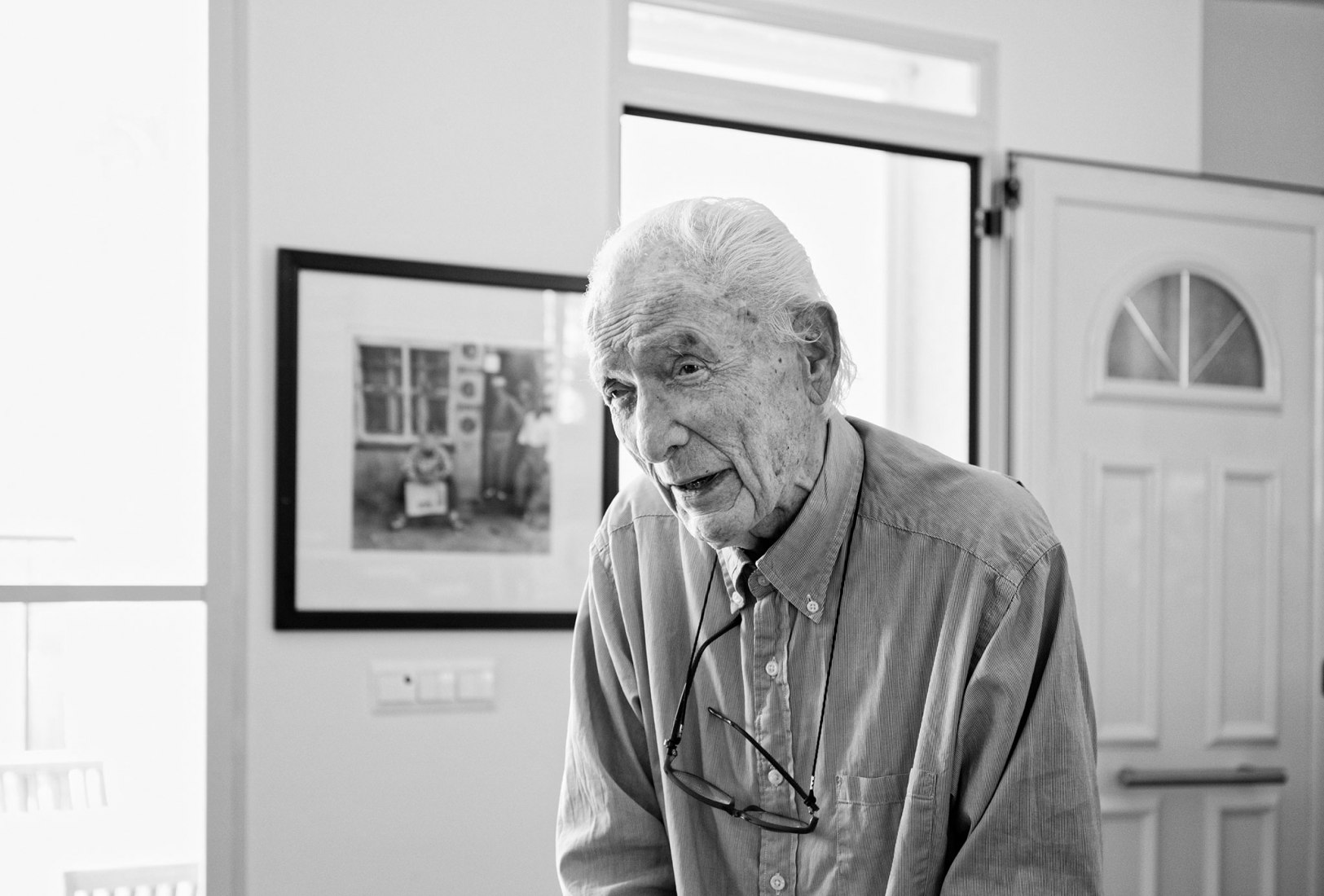 Jürgen Schadeberg at his home in La Drova. Photography by Miguel García Cárceles, 2019.

Schadeberg was a "reference" in photography from South Africa, a country to which he emigrated in his youth, at the age of 19, fleeing the rise of Nazism in his native Germany and the country in which he lived for more than 30 years, the Fundació Per Amor a l’Art  has reported in a statement. There he befriended Nelson Mandela in the early years of fighting the Apartheid.

There he began working in the musical magazine "Drum". Among his mythical photographs, the iconic Nelson Mandela photograph taken in 1994 in his prison cell on Robben Island stands out.

It was precisely his friendship with Mandela, together with his fight against racial discrimination, that caused him to be detained on several occasions and finally forced to leave South Africa in 1964.

It is then that he would settle in London and start traveling around the world making reports aimed at shedding light on human rights and social justice. To this he dedicated his life and his career.

After a long illness, Jürgen Schadeberg leaves, leaving a legacy of seven decades of visual history.

The German photographer is widely represented in the private collection Per Amor a l’Art that FPAA exhibits at its Bombas Gens art center. There are more than fifty works by Schadeberg, both in black and white and in color, ranging from 1951 to 2006, and constituting a set of great artistic and documentary value. 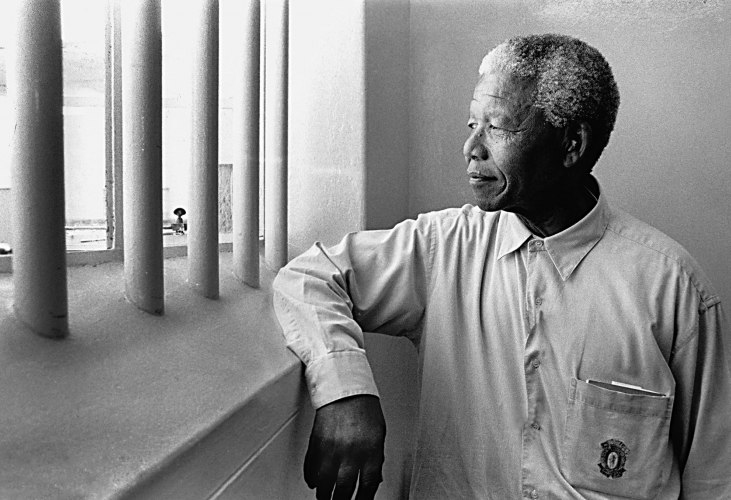 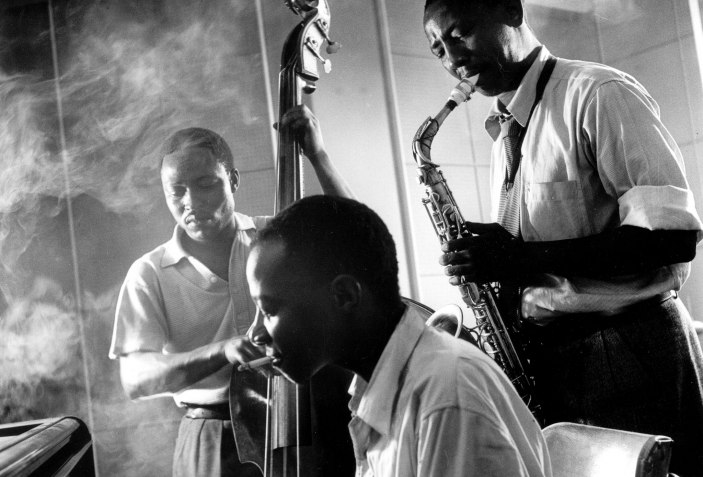 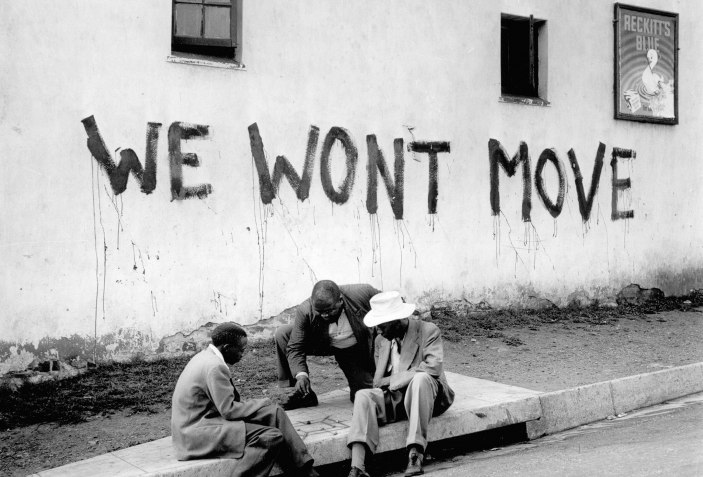 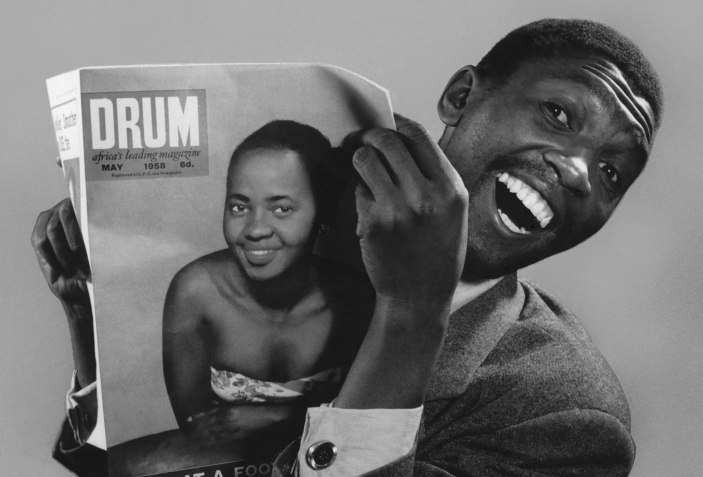 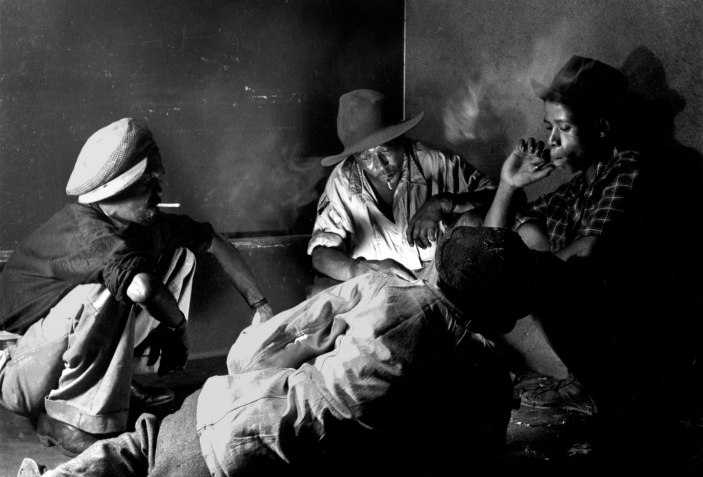 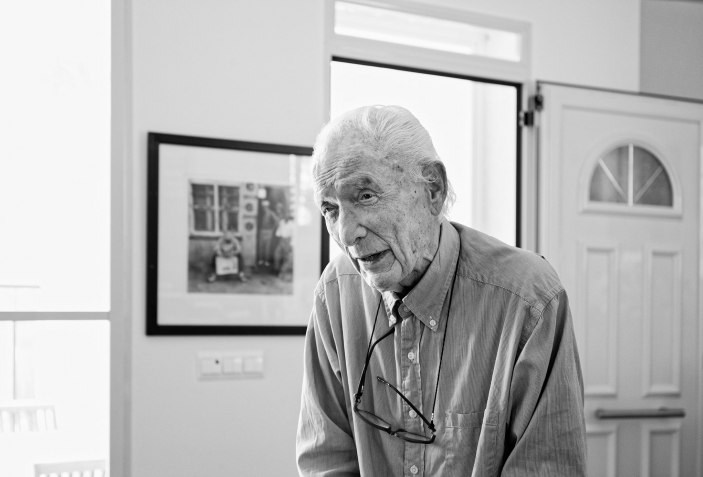 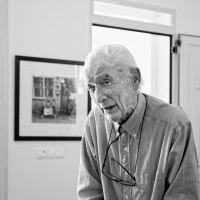 Jürgen Schadeberg was born in Berlin, Germany, in 1931 where he grew up during the Nazi regime and World War II. In the aftermath of the war, his mother began a relationship with a British officer in the army of occupation and emigrated with him to South Africa in 1947. Schadeberg learned to be a photographer at the Deutsche Presseagentur (German Press Agency). He moved to South Africa to rejoin his family in 1950 and, the following year, found employment on Drum magazine as official photographer and layout artist.

Schadeberg became the senior figure of the group and a teacher and mentor to some of the most creative South African photographers of his time, including Bob Gosani, Ernest Cole, and later Peter Magubane. As one of the few white photographers who photographed daily life among the black community, he became knowledgeable about black life and culture. As a result, he captured on film the beginnings of the freedom movement, the effects of apartheid, and the vibrancy of township life.

Schadeberg photographed many historic and pivotal events in the 1950s among them the Defiance Campaign of 1952, the 1956 Treason Trial, the Sophiatown removals of 1955, the Sophiatown jazz and social scene, the Sharpeville funeral of 1960, and pictures of Robben Island inmates. Some of the famous people he photographed include Nelson Mandela, Walter Sisulu, Oliver Tambo, Trevor Huddleston, and Govan Mbeki. He also documented 1950s jazz legends such as Thandi Klaasen, Hugh Masekela, Kippie Moeketsi and Miriam Makeba. He made documentations of everyday life. When Drum wanted the singer Dolly Rathebe to be the cover girl for one of their issues, Schadeberg took her to a Johannesburg mine dump and photographed her in a bikini. The two were arrested for contravening the Immorality Act which forbade interracial relationships.

In 1959, Schadeberg left Drum to become a freelancer. He was part of an expedition led by Professor Phillip V. Tobias from the University of the Witwatersrand to study the Bushmen, publishing images in The Kalahari Bushmen Dance in 1982.

Schadeberg felt forced by increasing civil unrest to leave South Africa, and in 1964 went to London, where he was picture editor of Camera Owner magazine (forerunner of Creative Camera), into which he incorporated a stronger sense of design and increased its pictorial content, and from April to July 1965 he was its editor. He also taught and curated photographic exhibitions in England, notably for the Whitechapel Art Gallery. He then moved to Spain where he focused on a career as an artist. In 1972, he returned to Africa where he accepted a position as photographer for Christian Aid in Botswana and Tanzania. In 1973 he travelled in Senegal, Mali, Kenya and Zaire, taking photographs.

In 1985, Schadeberg returned to South Africa, where he lived with his wife Claudia. He continued to work as a photojournalist, and also made documentaries about the black community until 2007, when he returned to Europe. He lived since 2013, in La Drova, Valencia, Spain. 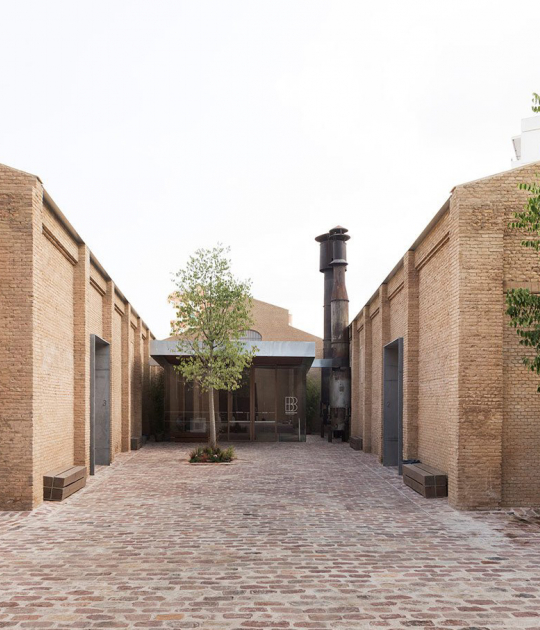 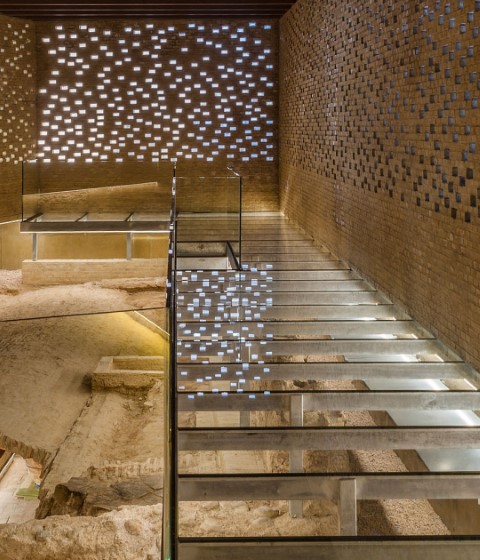 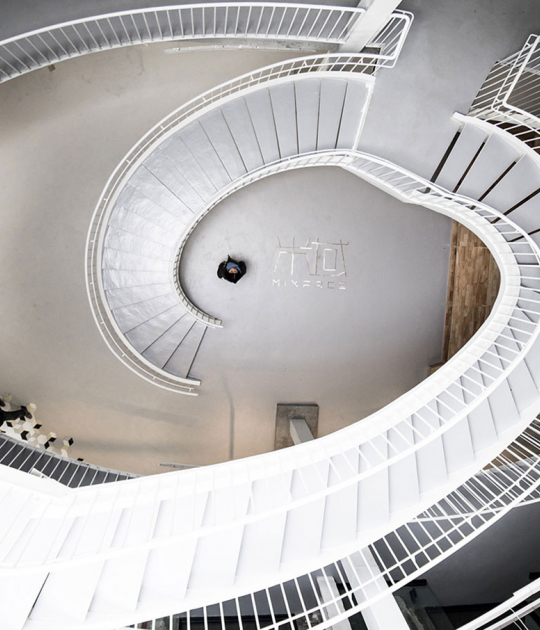 Mandela Co-Working by RoarcRenew. Renovation with a lot of light 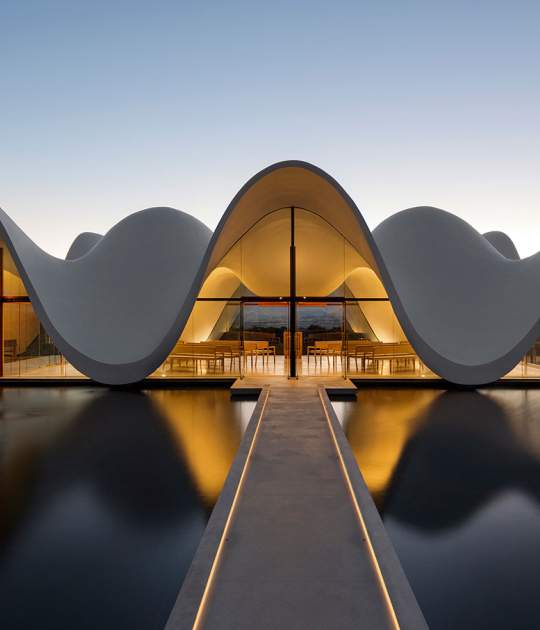 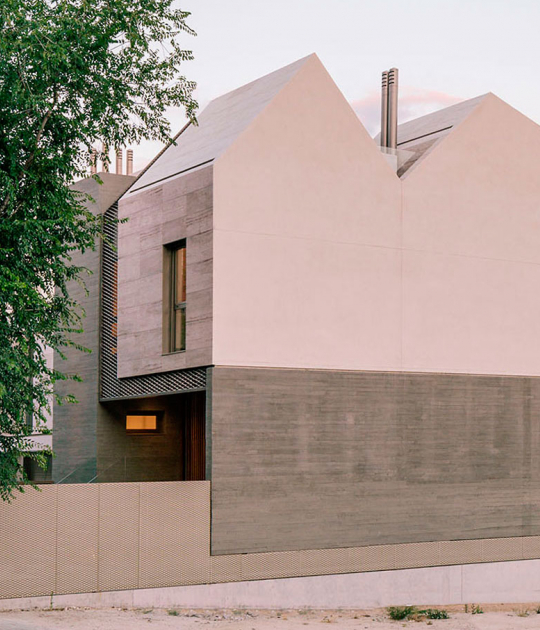 Looking at the mountains. Sierra House by Steyn Studio