es
It was obvious that if "egos" are touched, some architects would jump on the defensive, and this was the case with Peter Eisenman. Before, Nobody had attacked a director of the Biennale as virulent way. 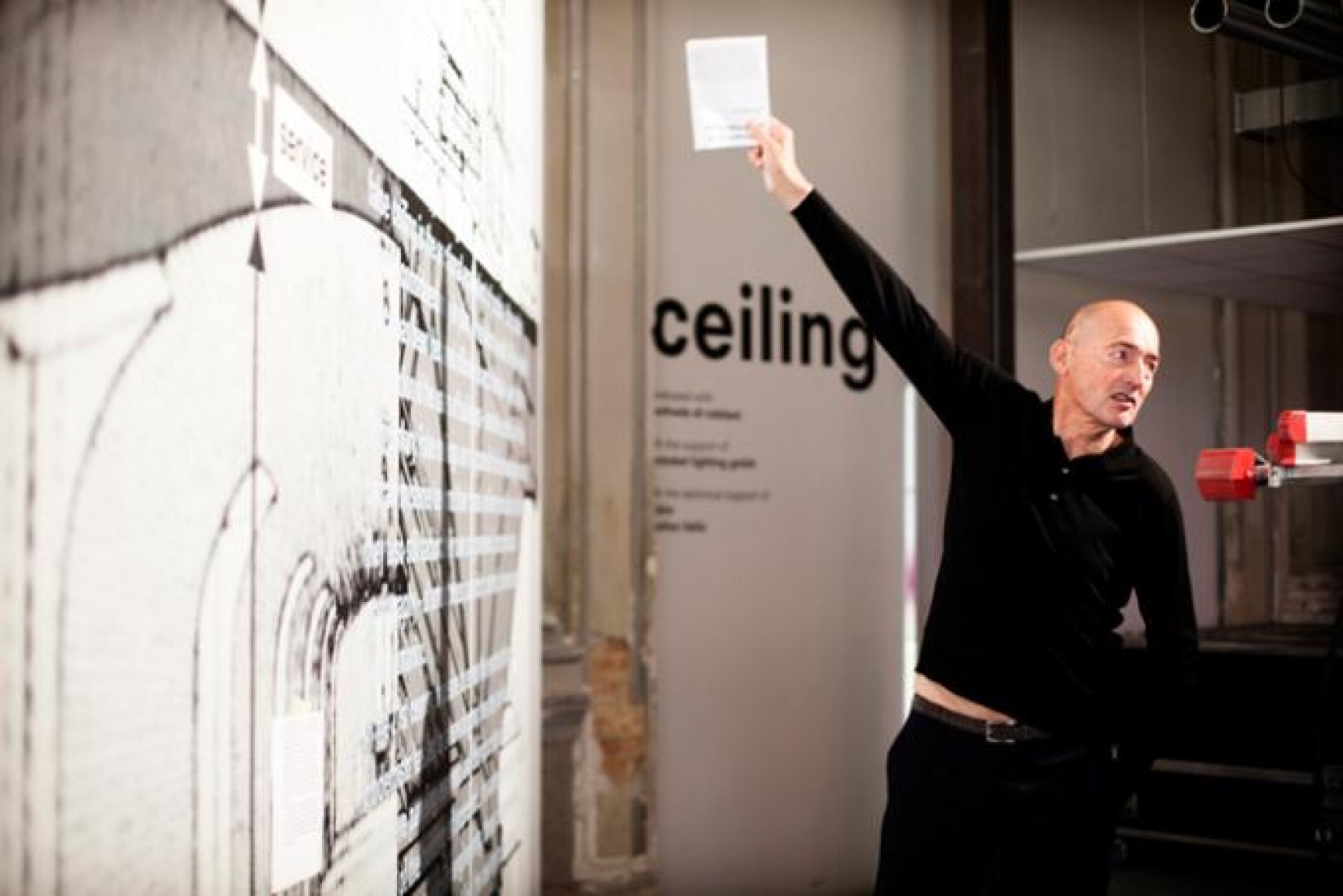 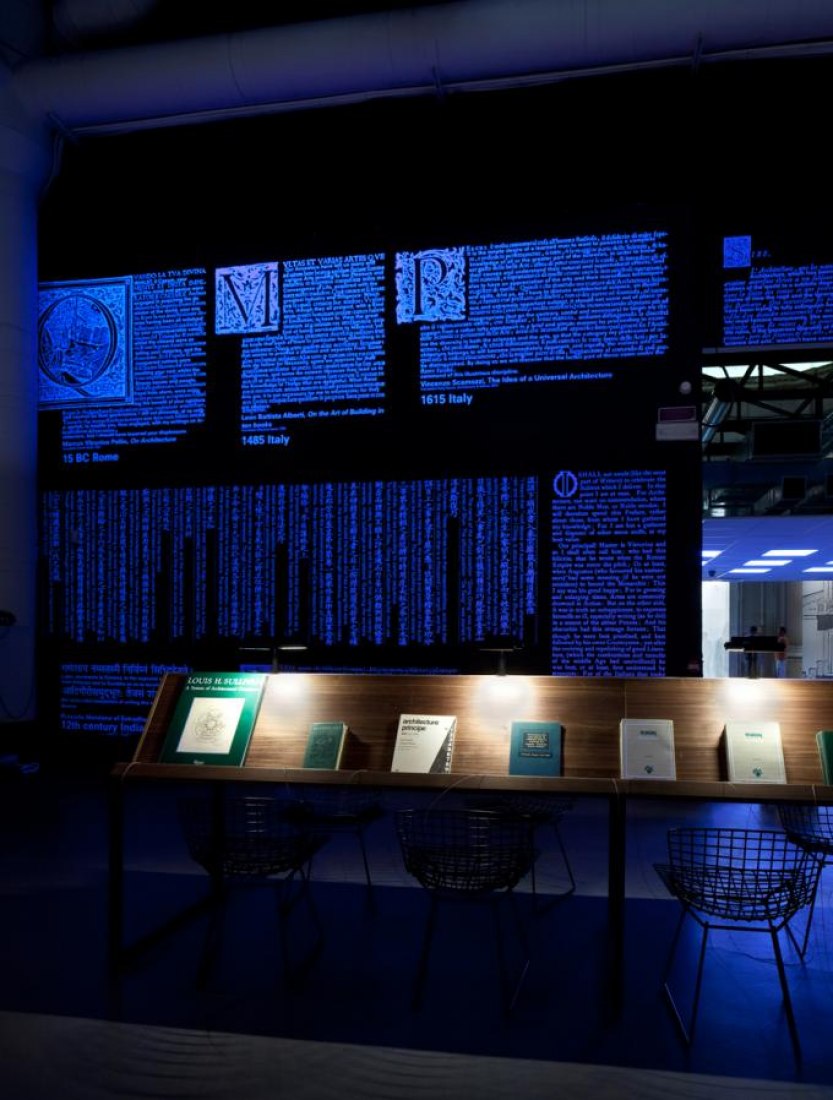 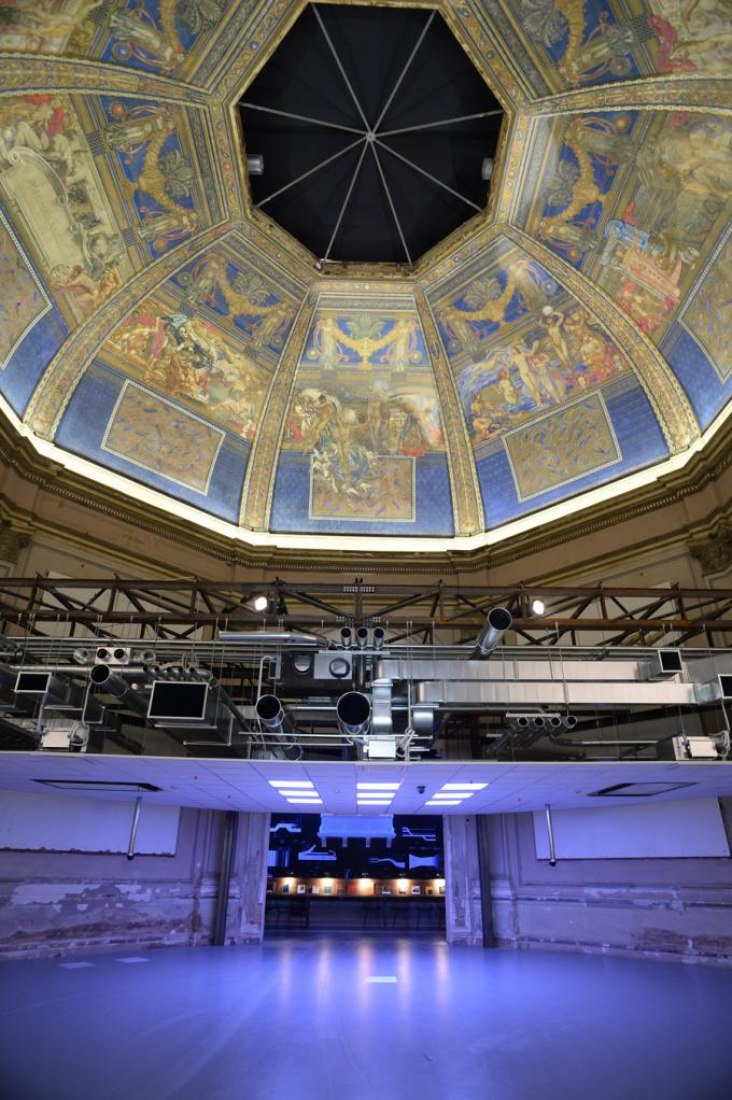 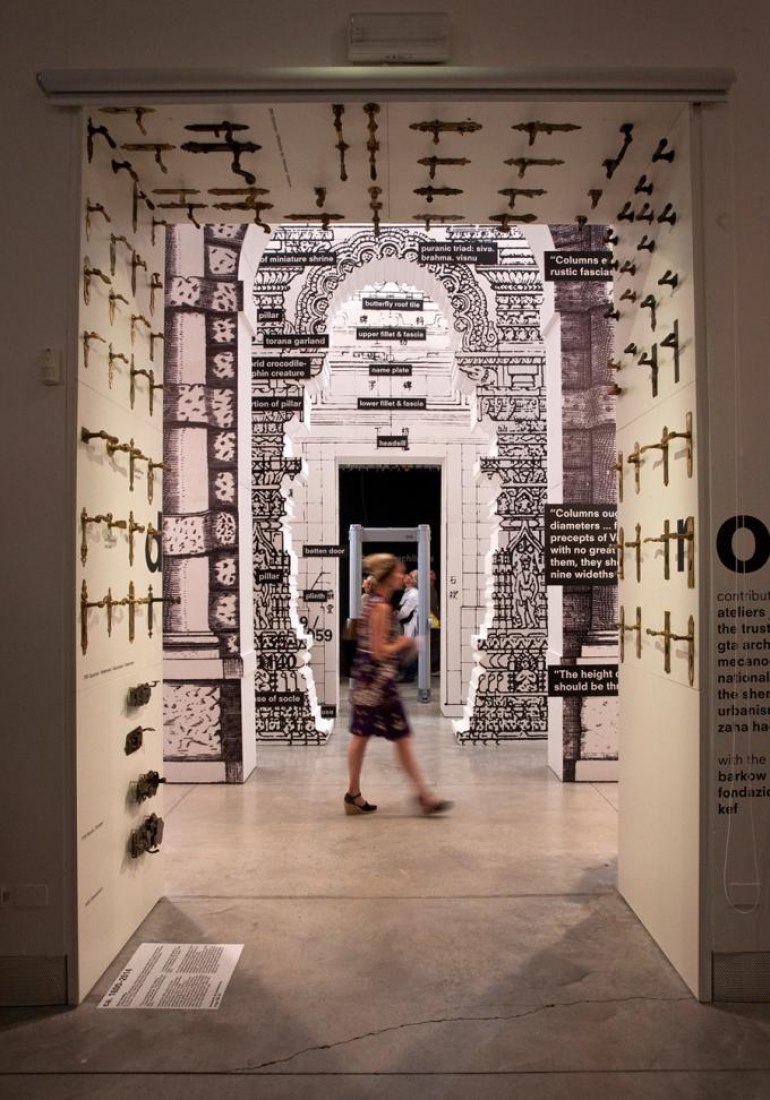 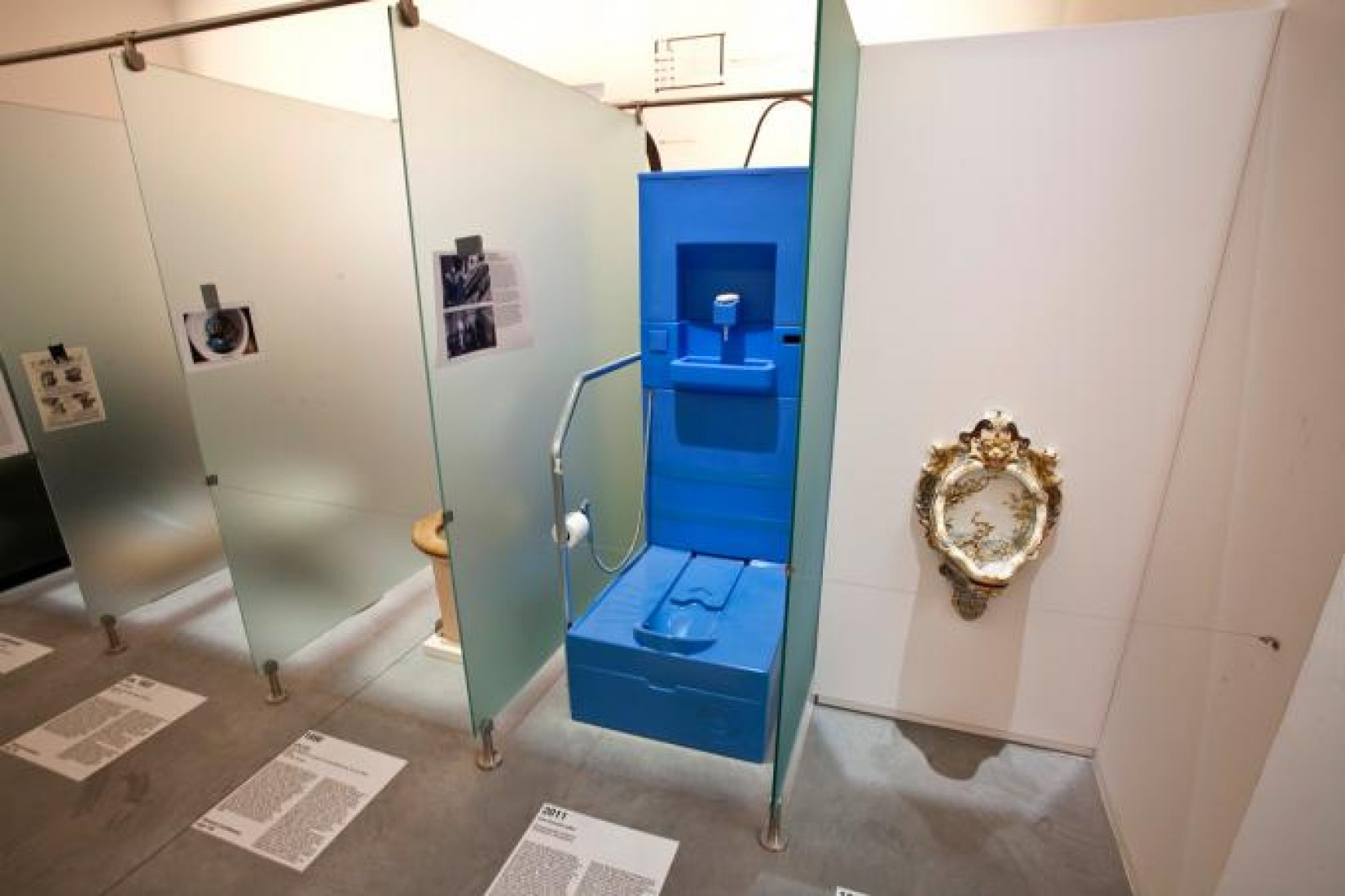 With some bitterness after his fiasco with the City of Culture in Galicia, according to architect Peter Eisenman, Rem Koolhaas has used the biennale to announce the end of his "hegemony" over the profession.

The American architect at 81 years old, said that Koolhaas, 70, was "the totemic figure" of the last 50 years and compared him to Le Corbusier's dominance of the first half of the twentieth century. Eisenman made the comments in Venice on Friday, where he was attending the opening of a collateral event the exhibition about the Yenikapi Project, a vast new development in Istanbul he designed in collaboration with Aytaç Architects.

Eisenman said the Elements show was like language without grammar: "Any language is grammar," he said. "So, if architecture is to be considered a language, 'elements' don't matter. So for me what's missing [from the show], purposely missing, is the grammatic."

Giving a tour of the show last week, Koolhaas said he hoped Elements would lead to "a modernisation of the core of architecture and architectural thinking itself."

Eisenman, head of Eisenman Architects, has known Koolhaas since the 70s, when the Dutch architect studied at Eisenman's Institute for Architecture and Urban Studies (IAUS) in New York.

"I helped publish his first book," said Eisenman. "I got the money to publish Delirious New York, I was on the jury that gave him the first prize he ever won for his architecture. I gave him an office where to write Delirious New York, so I know Rem from the beginning."

Below, a transcript of the interview.-

Valentina Ciuffi: Let's talk about Elements [the exhibition occupying the Central Pavilion at the Venice Architecture Biennale]. You've known Rem from the very beginning – what do you think of the core show at his biennale?

Peter Eisenman: First of all, any language is grammar. The thing that changes from Italian to English is not the words being different, but grammar. So, if architecture is to be considered a language, 'elements' don't matter. I mean, whatever the words are, they're all the same. So for me what's missing [from the show], purposely missing, is the grammatic.

Look, 50 years ago, we knew that Modernism was dead. Le Corbusier, Mies van der Rohe, Frank Lloyd Wright: all dead. We didn't know what the future was but we knew all this was dead.

In '68 we found out what the future was going to be: the revolution in '68 in the schools, in culture, in art etc: all was changed. We are now 50 years from '64 and the totemic figure of these 50 years, the symbolic figure? Rem Koolhaas, right?

Peter Eisenman: He's stating his end. And he's finished. And we don't know what's coming in four five years. 2018, like 1968, could be a revolution. Who knows?

Valentina Ciuffi: So this end is the start of something new?

Valentina Ciuffi: But when he says no to archistars, yes to architecture…

Valentina Ciuffi: You taught all the archistars. They all came from your academy [the Institute for Architecture and Urban Studies in New York].

Valentina Ciuffi: You are one of the few people able to be so straight with him because…

Peter Eisenman: I know him very well. We started together way back. I helped publish his first book. I got the money to publish Delirious New York, I was on the jury that gave him the first prize he ever won for his architecture. I gave him an office where to write Delirious New York, so I know Rem from the beginning.

Valentina Ciuffi: So you think this idea of taking elements and not thinking about the grammar is totally…

Peter Eisenman: Well it's Rem. It's Rem because he doesn't believe in grammar. That's Rem, and that's good. Look, when he was at the Architecture Association School in 1972, in the spring of '72 when he quit – because he never finish school, you have to understand – because he went to the new director and he said, quote: "I want to learn fundamentals. Where can I learn fundamentals?"

And the director looked at him and said: "We don't teach fundamentals here. We teach language." And then he quit. So there is a relationship between quitting the school in 1972 and Fundamentals today. Okay?

Valentina Ciuffi: You are perhaps one of the the few people who can be so direct about Rem.

And I think that students today feel the same way about the mythology of Koolhaas: "What am I going to say to him?" So very few people would challenge him. If you ask him questions; yesterday at the press conference people were asking him questions and he said: "I don't answer questions like this. You should stop asking questions."

So he's a very, very clear and a good person to put this biennale on. And sarà la fine dell'architecttura [it will be the end of architecture]. 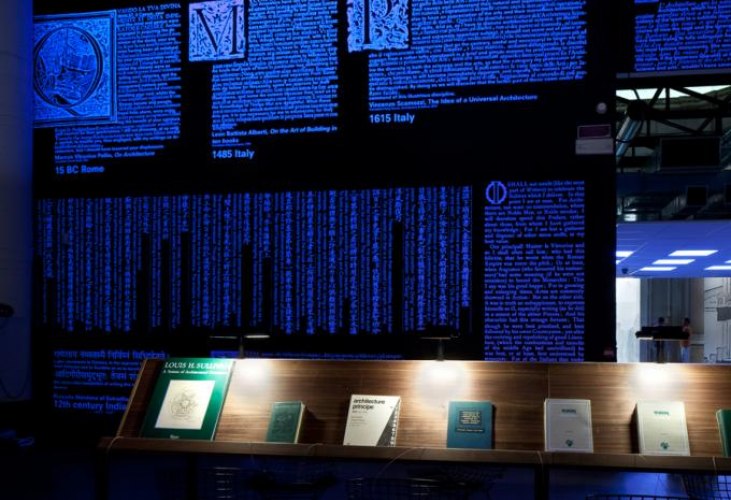 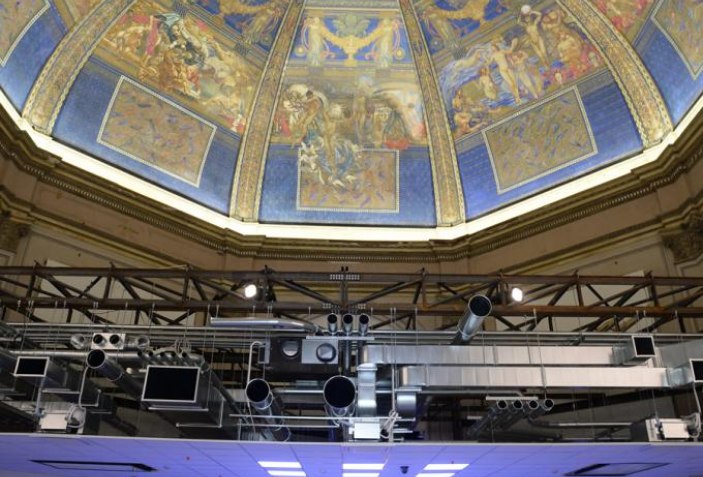 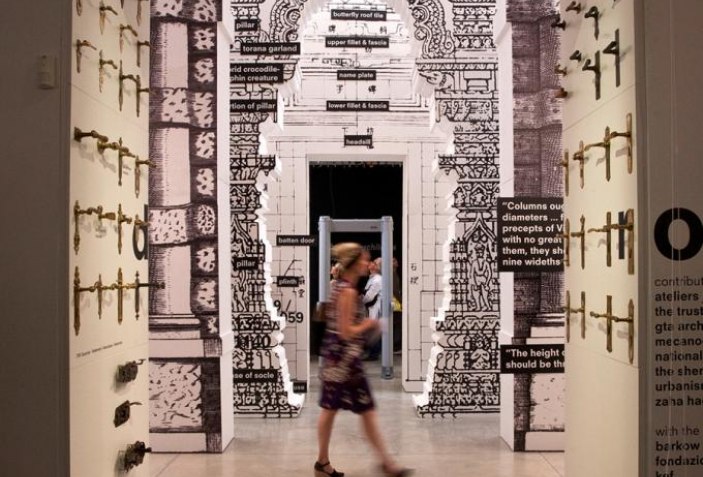 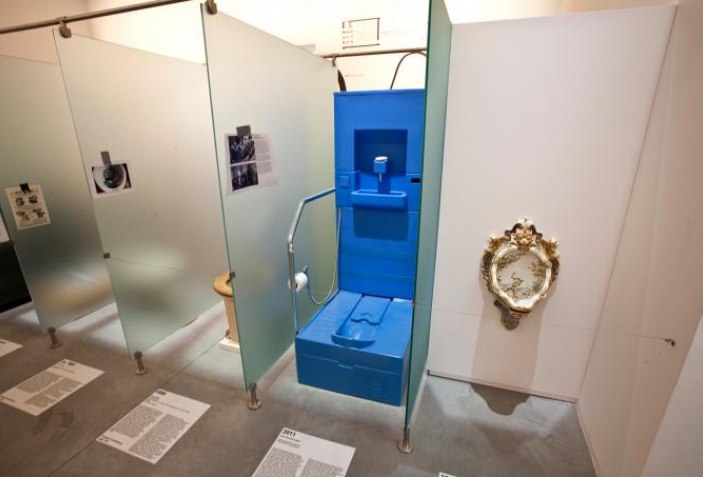 Peter Eisenman. A distinguished member of the group of The New York Five, he opened his own studio in New York in 1980, after teaching at some of the most prestigious universities of the World, such as Harvard, Cambridge, Princeton, Yale and Ohio.

In 1967, Eisenman founded in New York the Institute for Architecture and Urban Studies (IAUS), a body of international experts dedicated to architecture, which he was director of until 1982. He was awarded the first prize at the third edition of the Venice Architecture Biennale in 1985 for his project "Romeo & Juliet". He was also one of the two architects chosen to represent the United States at the Fifth International Architecture Exhibition in Venice in 1991, and he returned there again in 2002 and 2004 to display the project for the City of Culture of Galicia.

He has authored emblematic architectural works such as the Wexner Center for the Arts in Ohio, the Aronoff Center at the University of Cincinnati or the Holocaust Memorial located near the Brandenburg Gate in Berlin. His projects are characterized by a style defined as "modern deconstructivism", very close to the line of work of Arata Isozaki, Frank Gehry or Rem Koolhaas.

Peter Eisenman has also been awarded many other prizes and distinctions, including the Guggenheim Fellowship, the Brunner Award and the National Honor Award of the American Institute of Architects, the latter on two occasions, one for the Wexner Center in Ohio and the other for the headquarters of the Koizumi Sangyo Corporation in Tokyo.

In 2010, he received the international Wolf Prize in Architecture

Rem Koolhaas was born in Rotterdam in 1944. He began his career as a journalist, working for the Haagse Post, and as a set-designer in the Netherlands and Hollywood. He beganHe frequented the Architectural Association School in London and studied with Oswald Mathias Ungers at Cornell University. In 1978, he wrote Delirious New York: a retroactive manifesto for Manhattan, which has become a classic of contemporary architectural theory. In 1975 – together with Elia and Zoe Zenghelis and Madelon Vriesendorp – he founded OMA (Office for Metropolitan Architecture). The most important works by Koolhaas and OMA, from its foundation until the mid-1990s, include the Netherlands Dance Theatre at The Hague, the Nexus Housing at Fukuoka in Japan, the Kunsthal in Rotterdam, the Grand Palais of Euralille and Lille, the Villa dall’Ava, the Très Grande Bibliothèque, the Jussieu library in Paris, the ZKM in Karlsruhe and the Seattle Public Library. 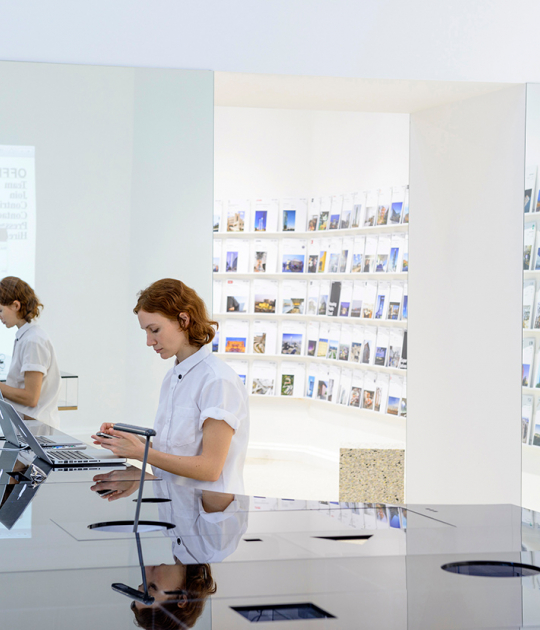 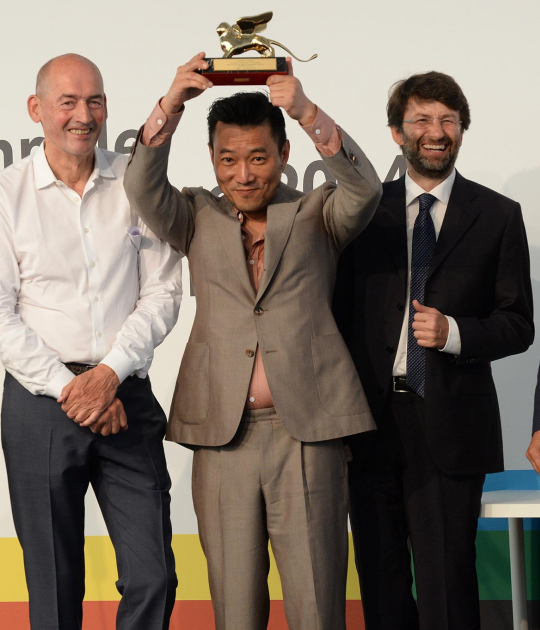 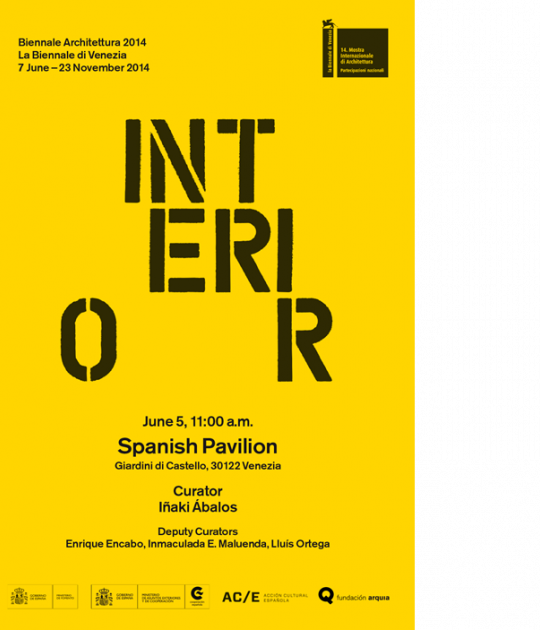 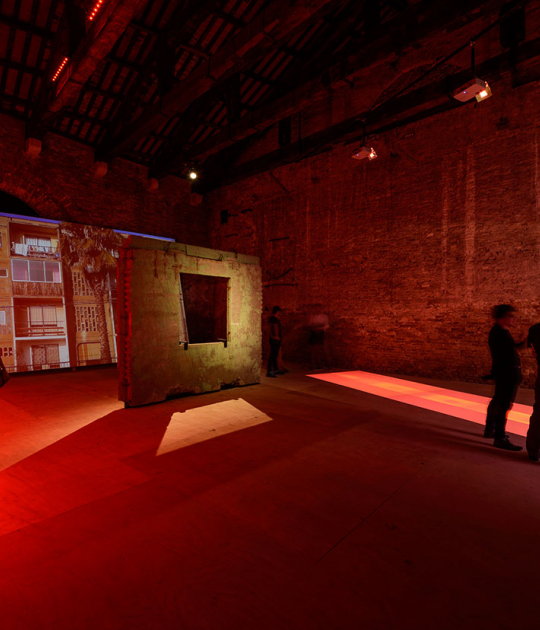 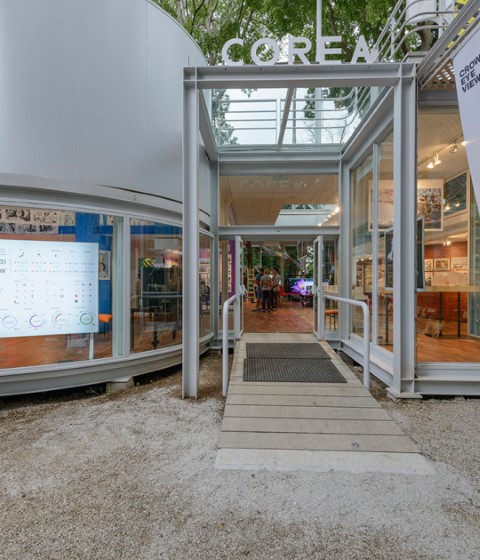