Elaborate drawings by Bartlett School of Architecture graduate Anja Kempa proposed a vision for how this Japan’s iconic emblem of Spring could be recreated in Tokyo, once cherry trees fail to blossom because of climate change. 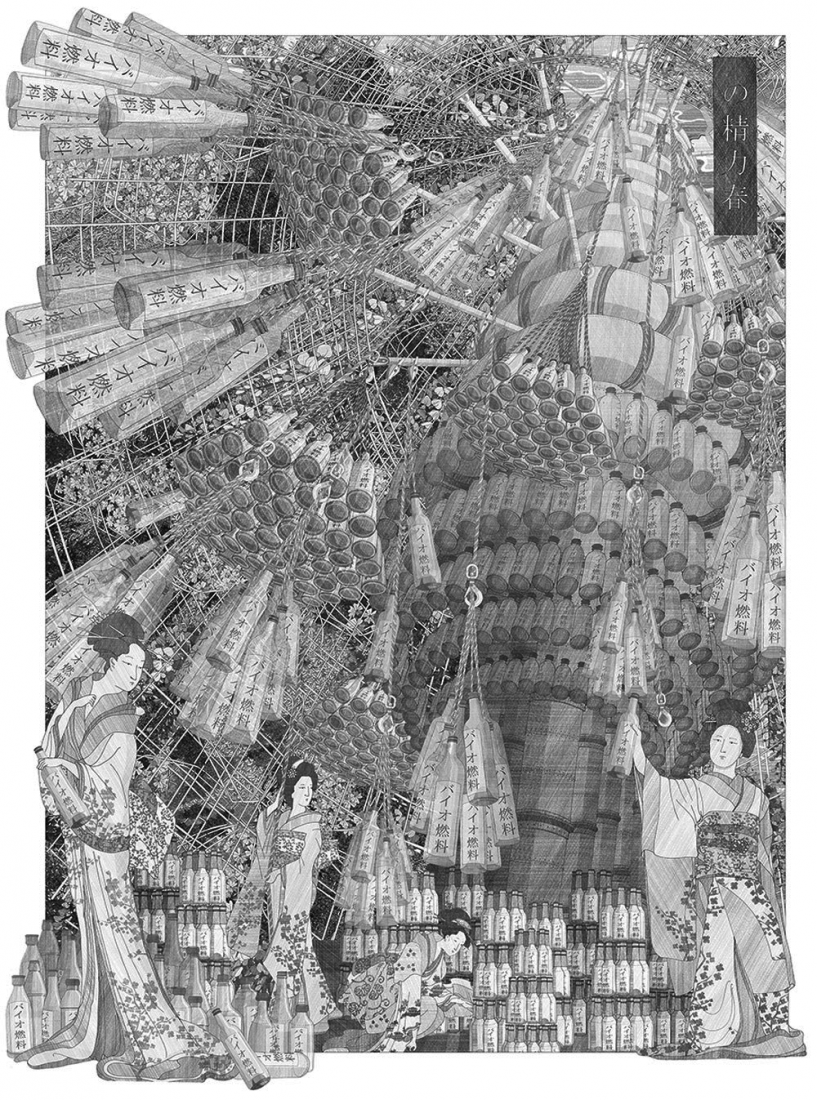 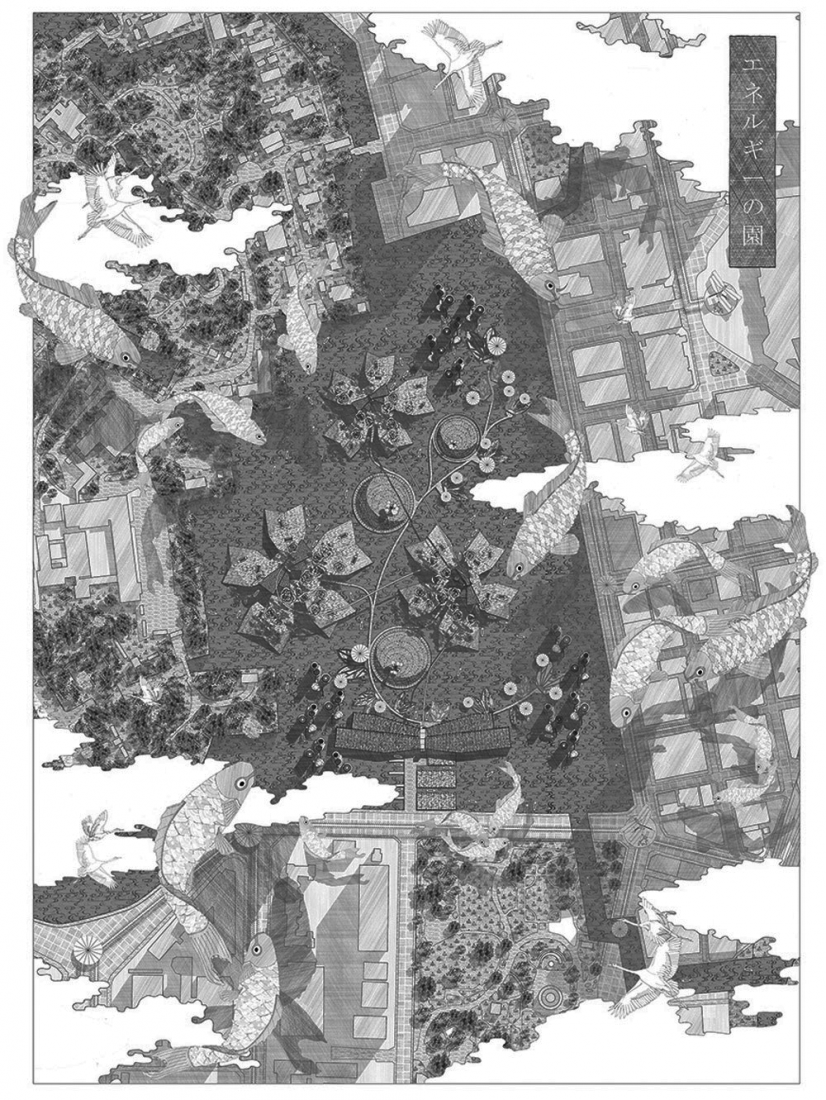 Plan of The Energy Gardens. Remembering Spring by Anja Kempa. 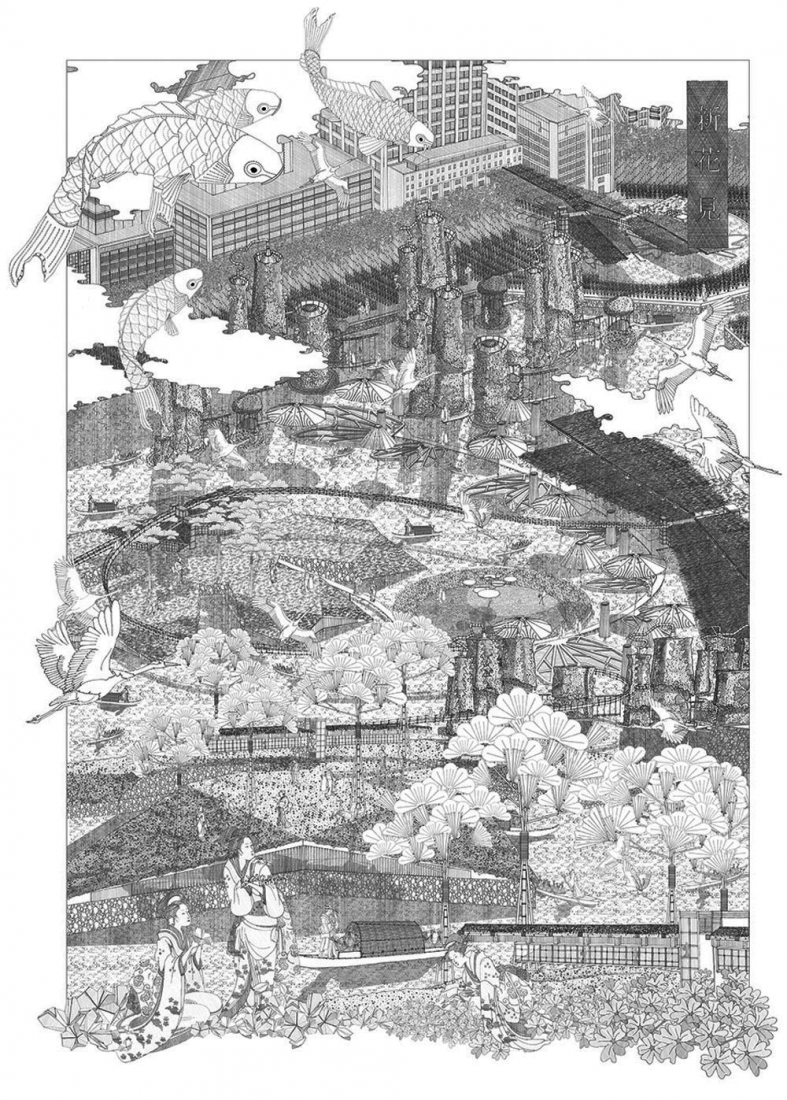 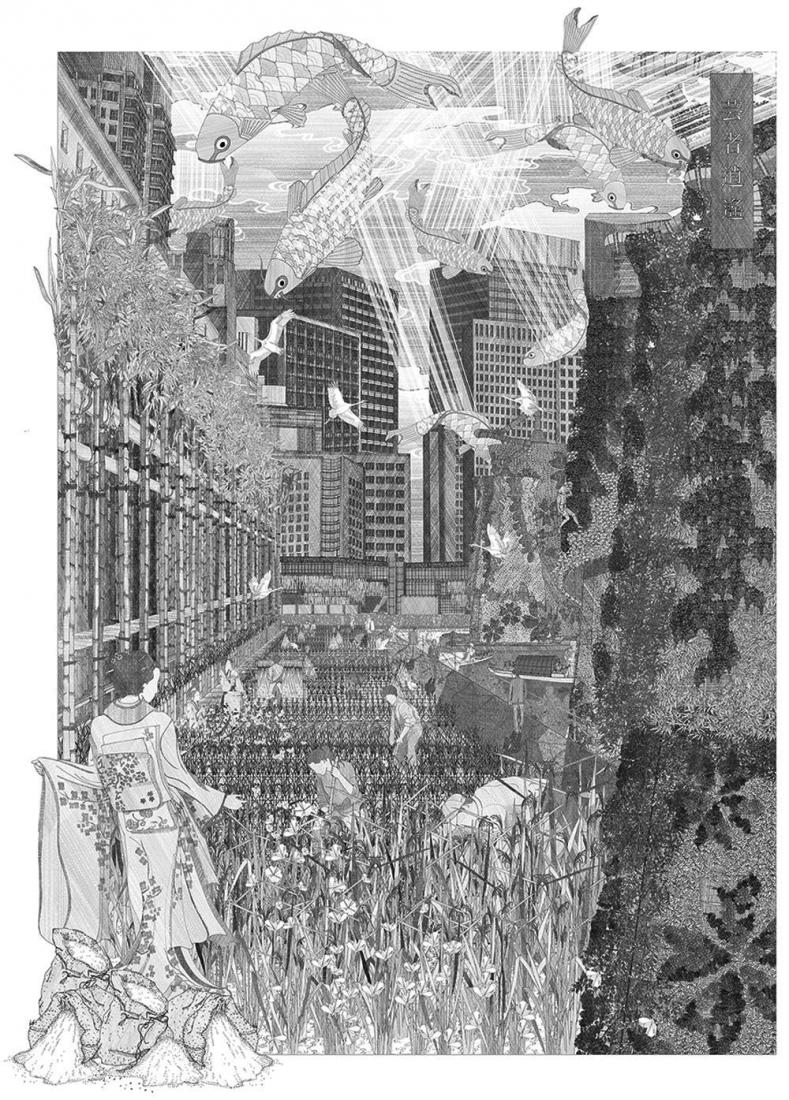 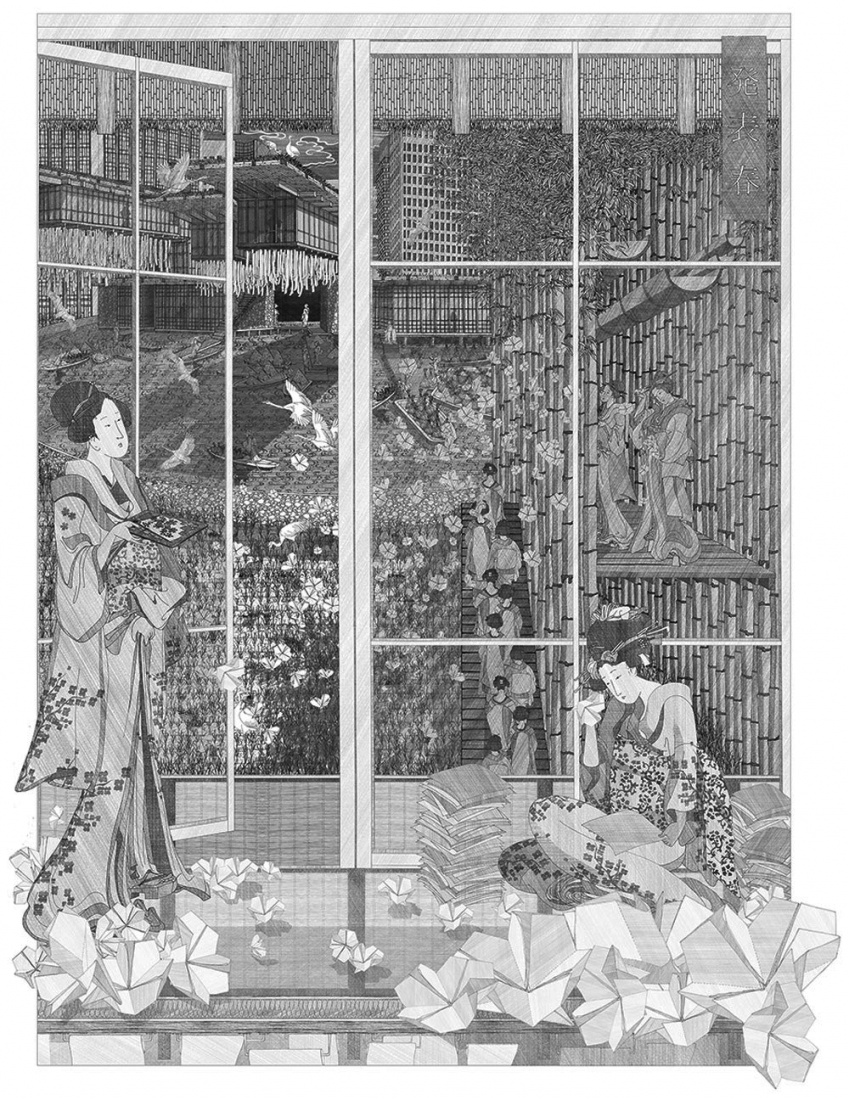 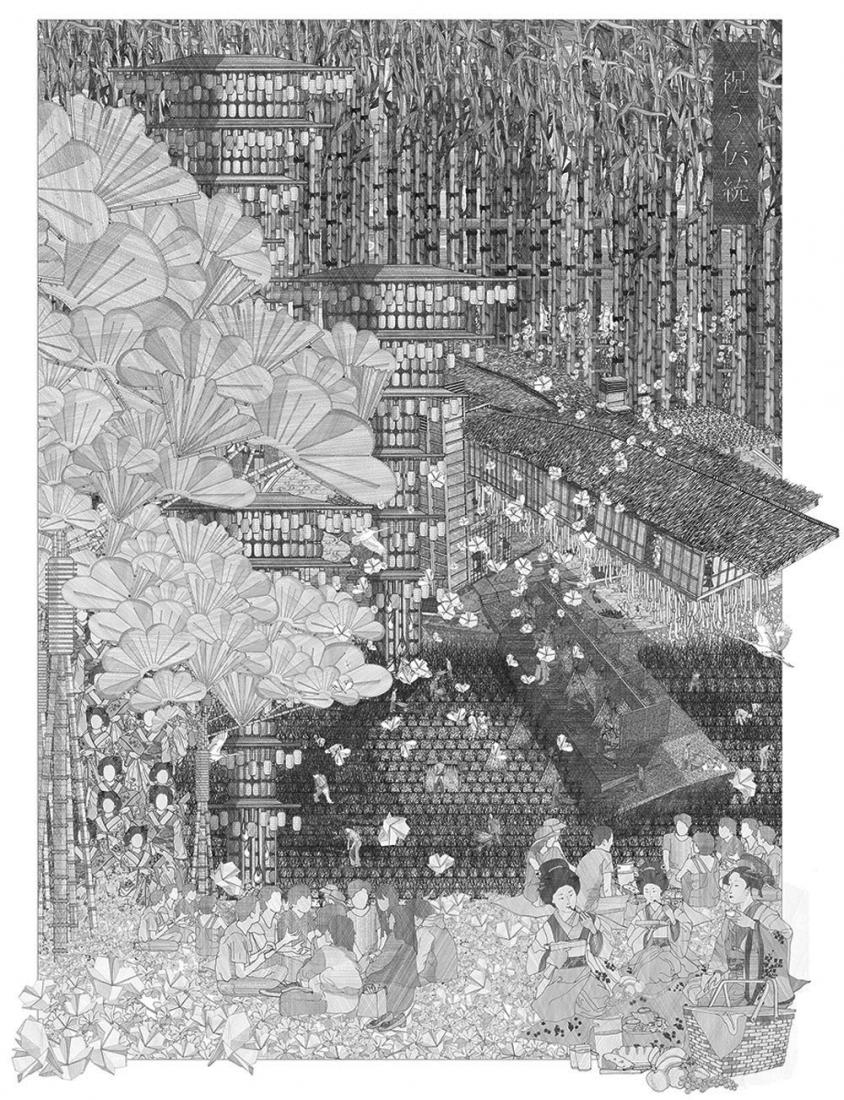 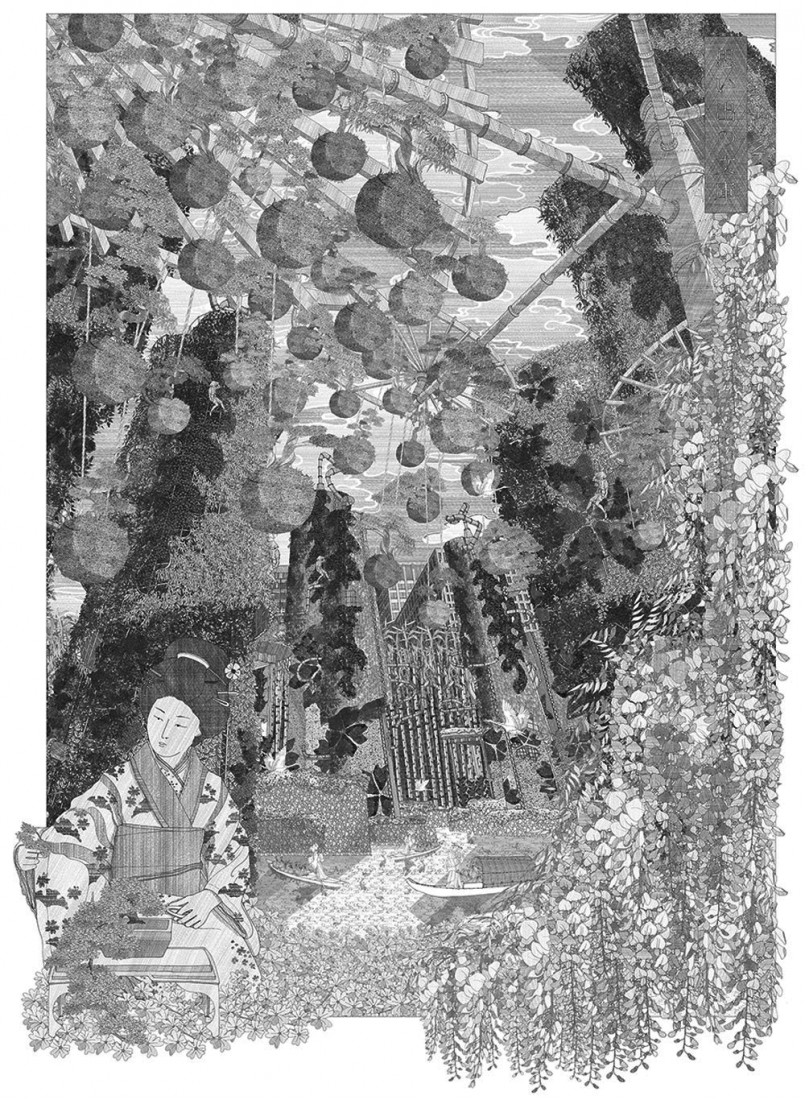 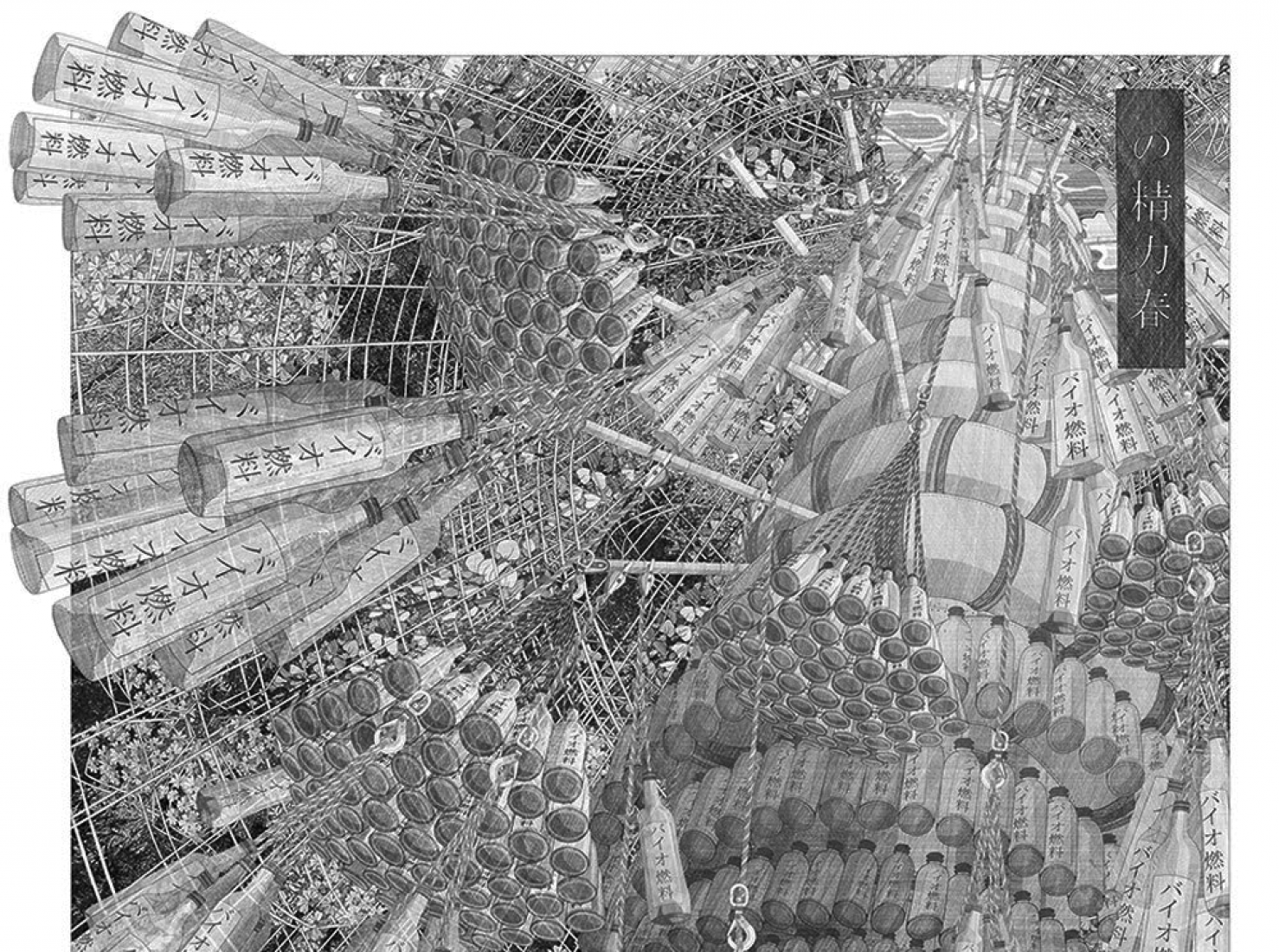 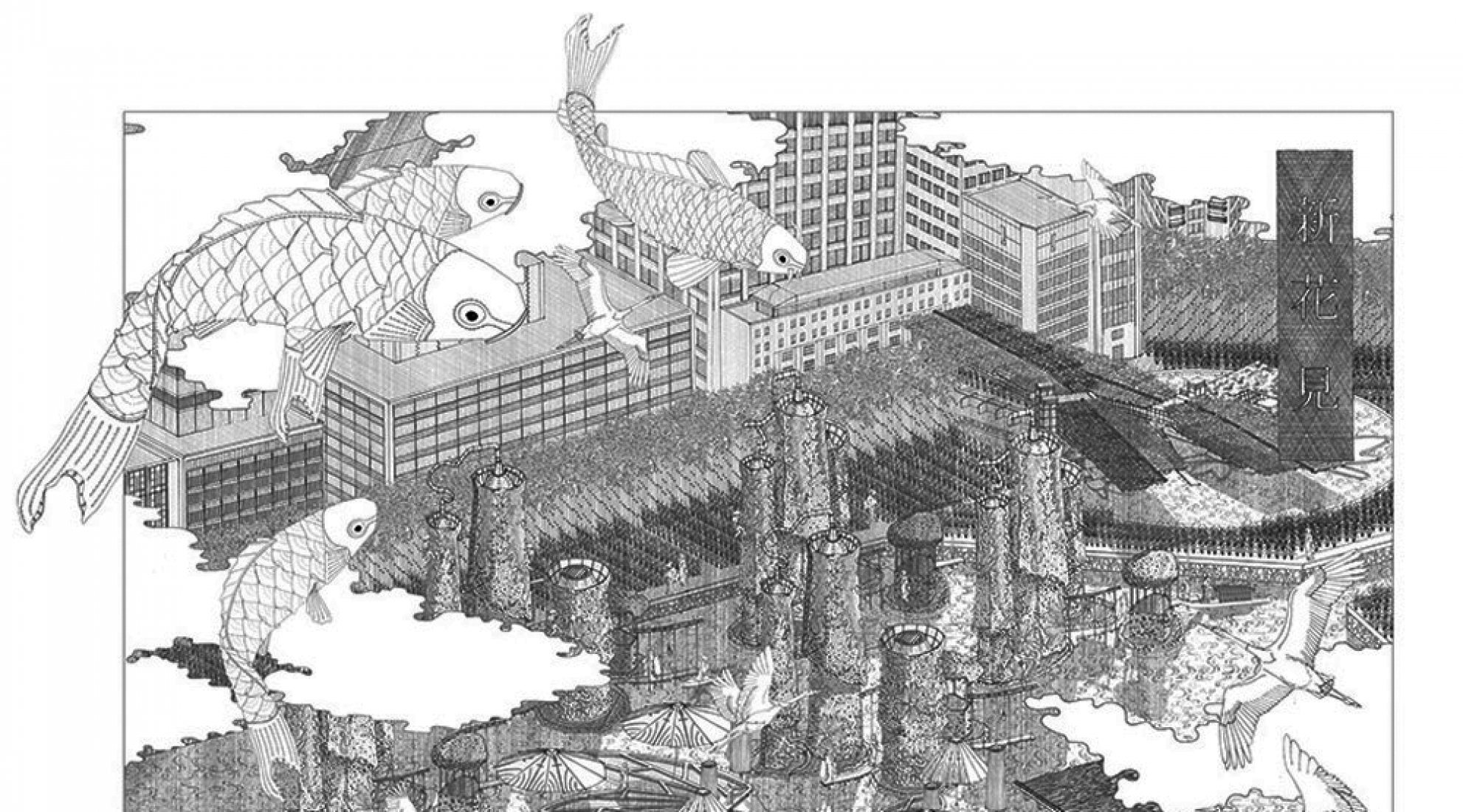 Climate change threatens the cultural identity of Tokyo. As seasonal shift takes effect, Japan’s iconic emblem of Spring, the cherry blossom faces extinction. The flower’s symbolism is inseparably linked to Japan’s seasonal culture and the country’s traditions face potential decline. Longer summers and shorter winters have resulted in a city without spring, where native culture must adapt to modern society to survive.

The scenario of Remembering Spring speculates on the future impacts of climate change on Tokyo, and in response, proposes the integration of an urban Japanese garden infrastructure, revitalising native symbolism and traditions to inform a sustainable energy initiative through the recreation of spring. In the Edo period, samurai armies protected Japan’s territories; in the 21st century, geisha choreograph Japan’s efforts to combat climate change whilst remembering its cultural legacy. 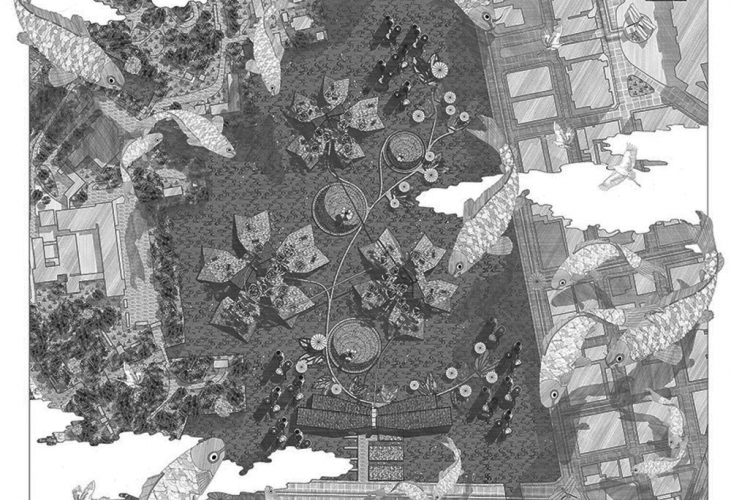 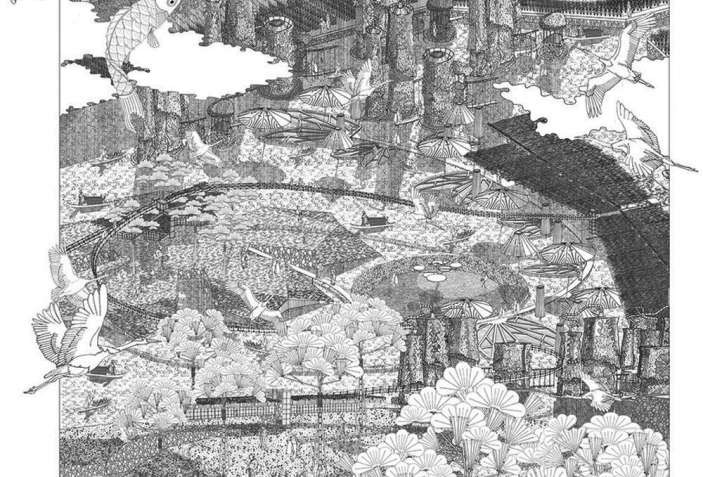 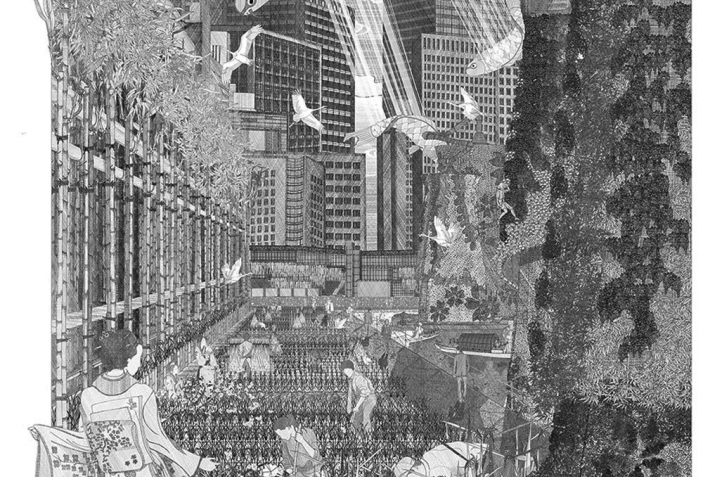 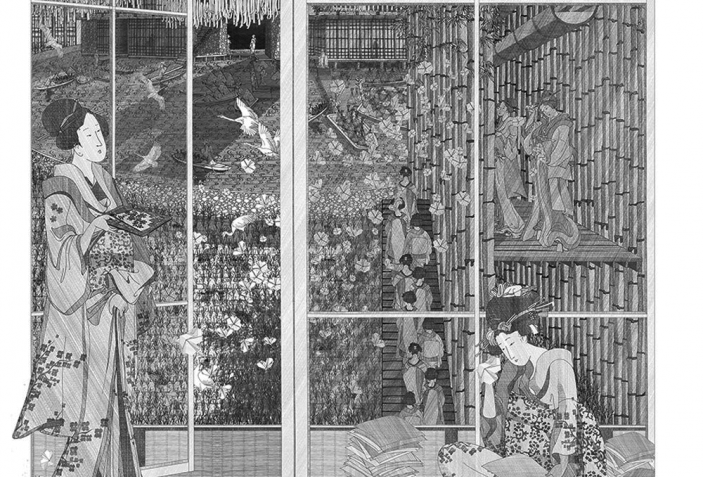 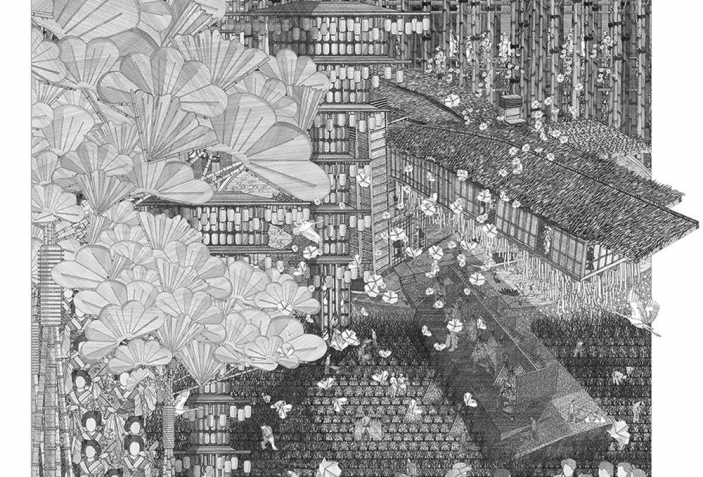 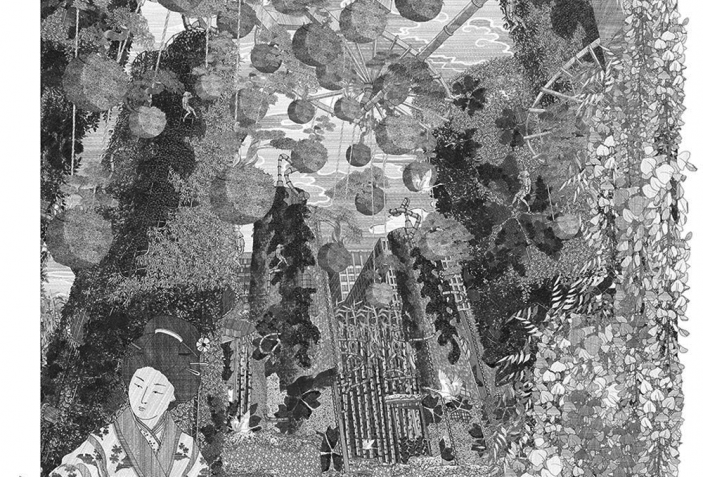 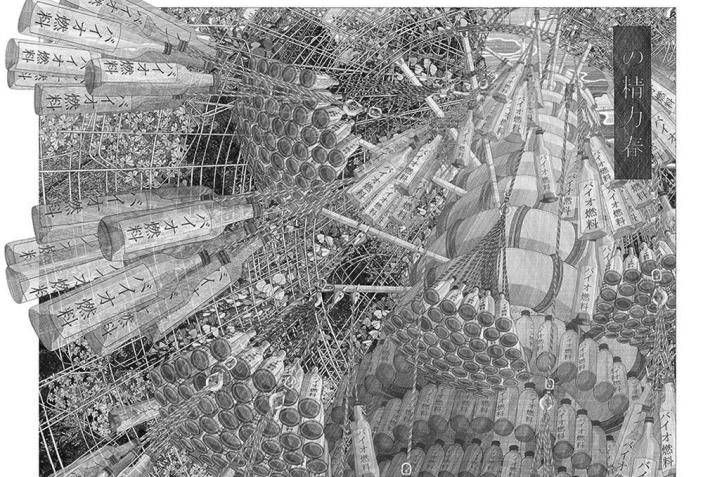 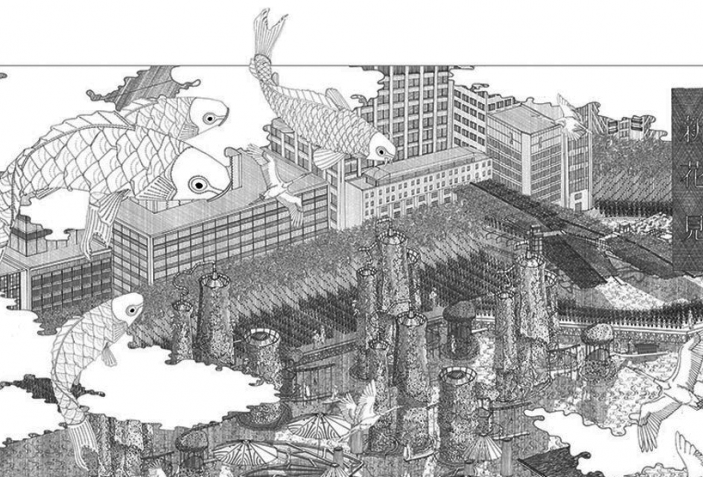