es
The architects Fuensanta Nieto y Enrique Sobejano, in collaboration with a French studio Novae Architectes, have won the First Prize in a competition for the construction of a community sports and cultural center in the French city Reignier-Esery, in the Ródano-Alpes region. 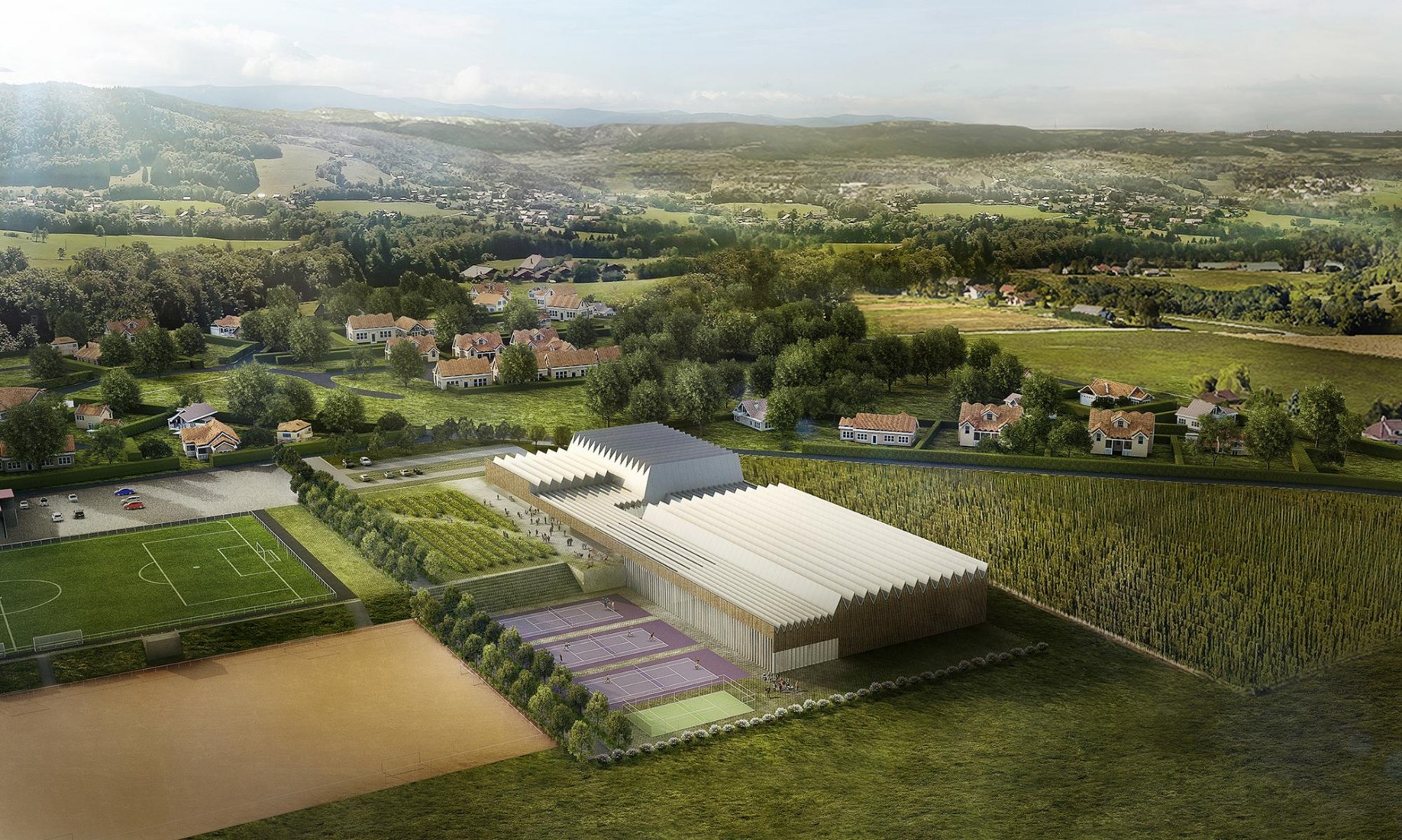 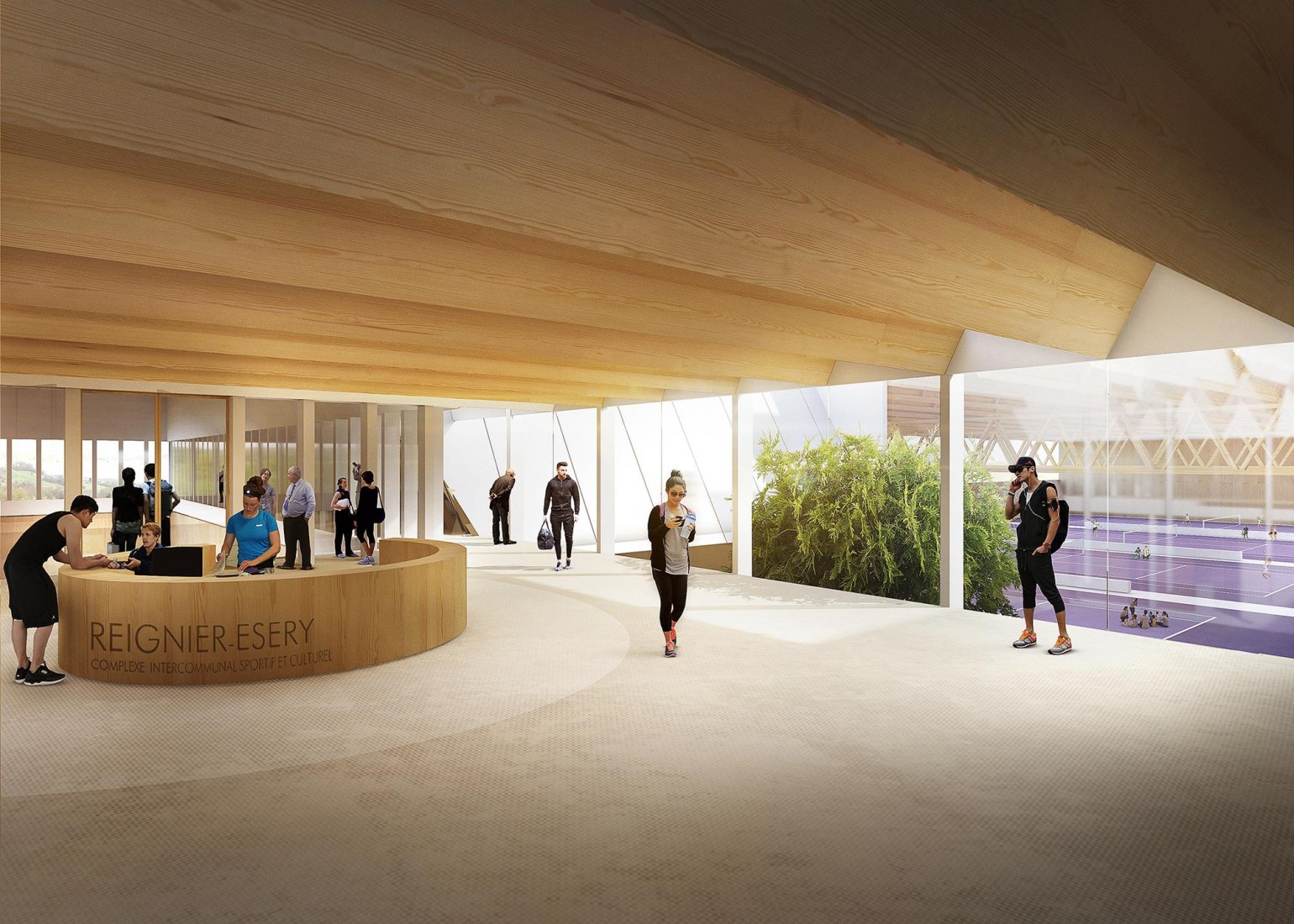 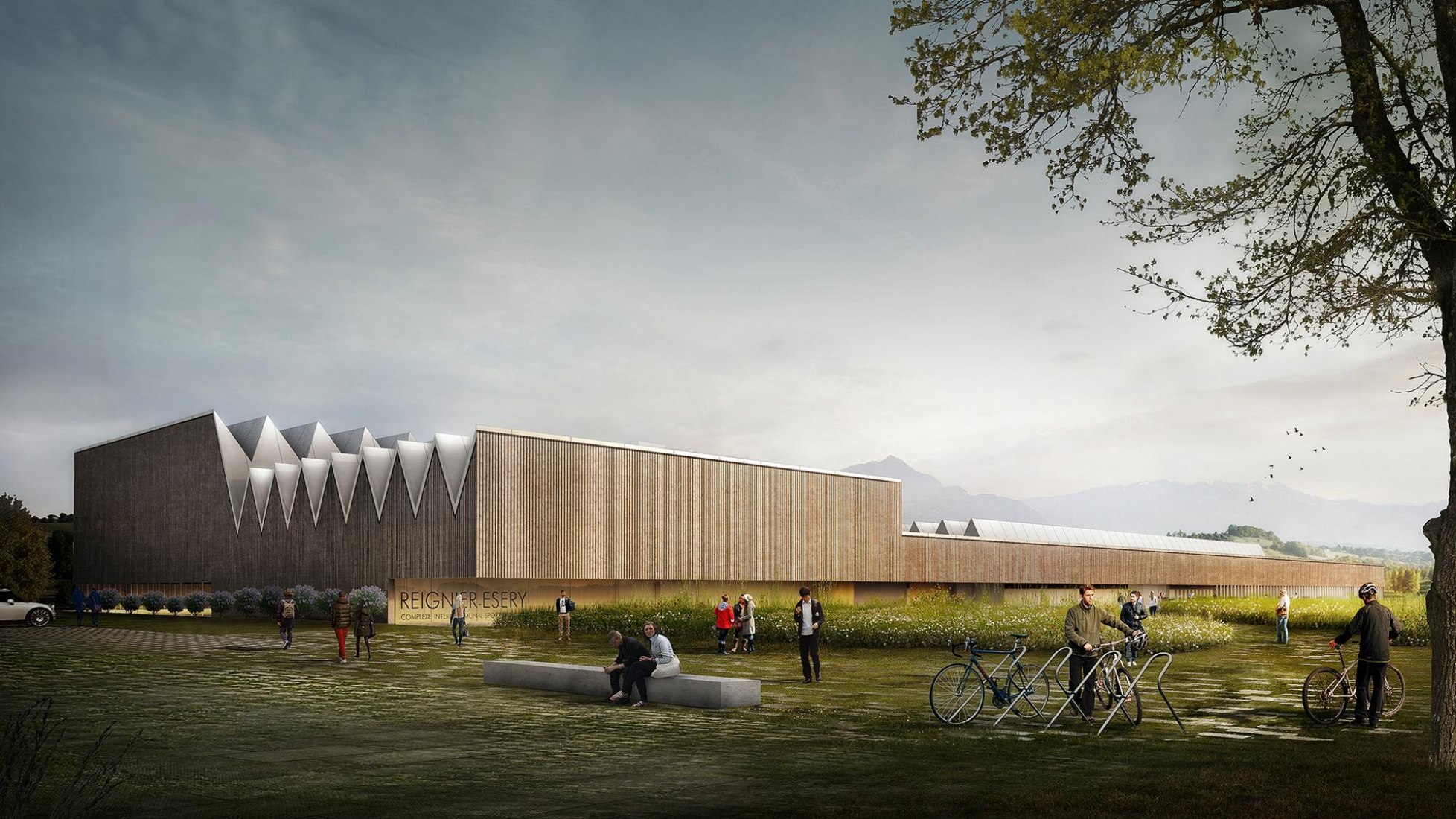 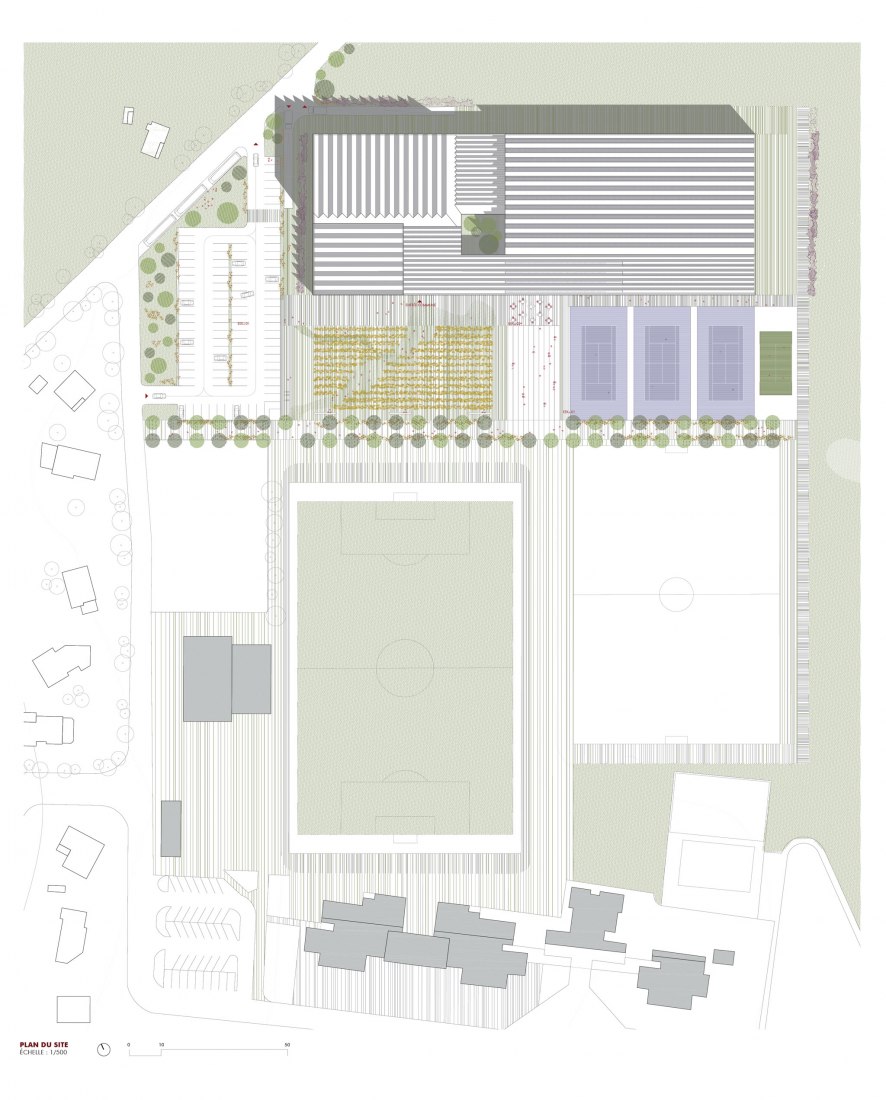 The project, developed by Nieto Sobejano Arquitectos together with Novae Architectes, that will achieve the surface of 7.668 square meters, aims to integrate  completely within a surrounding landscape through the materials, the volumes and the scales. The roof in form of a mountain range attempts to be a formal reinterpratation of the adjoined Alp environment.

The program includes a sports pavilion, several covered tennis and paddle courts and a multifunctional auditorium for the different cultural programs of the communities it was intended for.

Description of the project by Nieto Sobejano Arquitectos

In a process of abstraction in which the landscape is objectified to become architecture, Sport and Culture Center of Reignier-Esery arises from the integration of a communal program inserted in the proximity of the abrupt landscape of the Alps foothills.

The genius loci of Reignier-Esery, characterized by the small scale of its buildings - protected by steeply sloped roofs with mortar plinths -, influences the architectural language of the proposal, whose  materials and volumes are in clear dialogue with the urban and landscape context of the location.

The building belongs to the landscape: it emerges and merges with it. The cultivated fields with their rounded and regular aligned geometries construct the very own formal language that is adopted by the new building.

The roof is the main element of the project. Its serrated profile is perceived from the distance as a characteristic gesture that evokes the surrounding landscape and becomes an icon of the city. Roof´s changes of direction compose a dynamic geometry that is related indirectly to the Alps traditional roofs and to the mountains themselves. The fragmentation of the ridge sequences avoids creating an impression of a large built volume and establishes a dialogue with smaller scale elements.

The program includes a sports pavilion, several covered tennis and paddle courts and a multifunctional auditorium, all under one roof. The new adjoining landscape design integrates the surrounding green spaces as a footprint of the local cultural landscape. 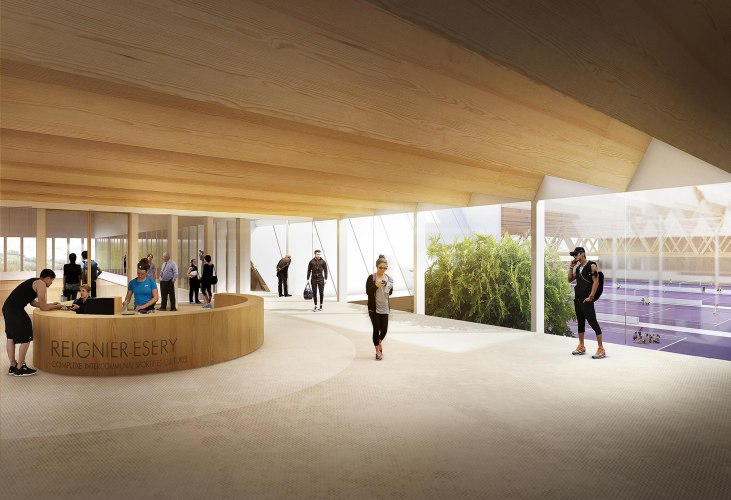 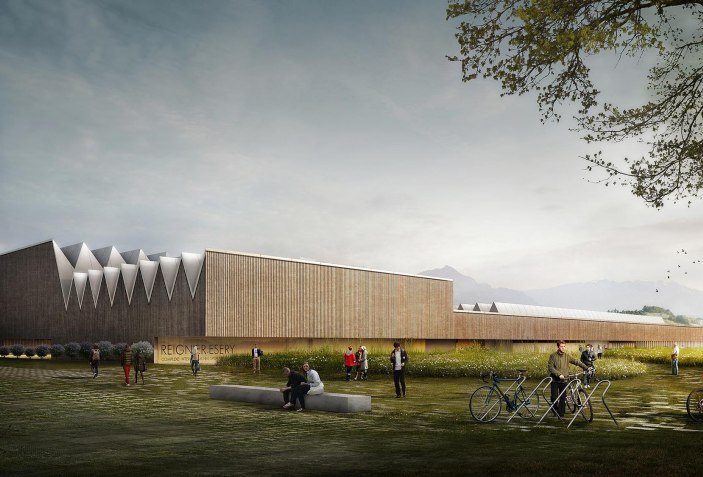 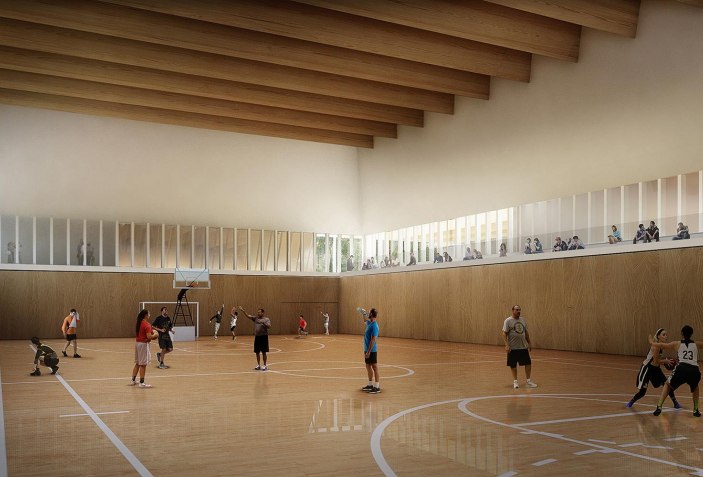 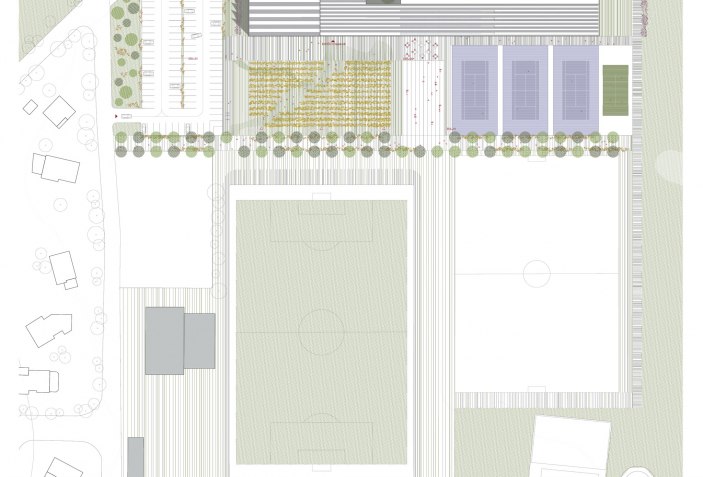 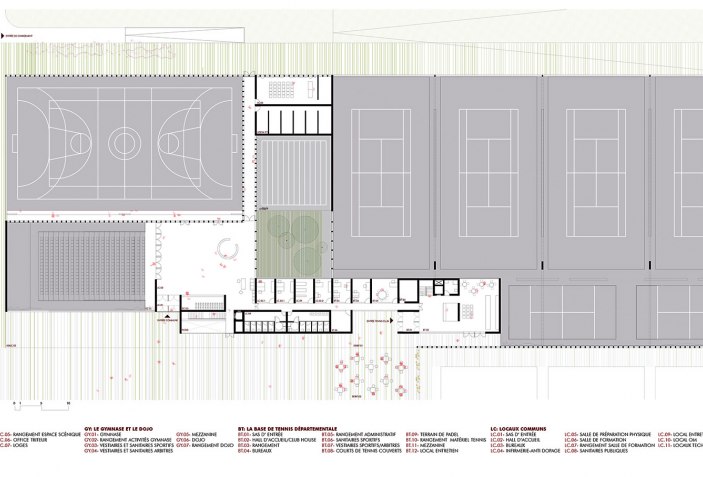 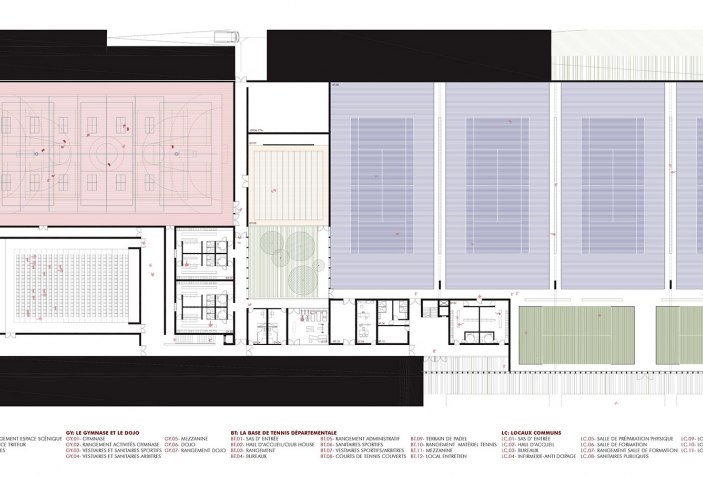 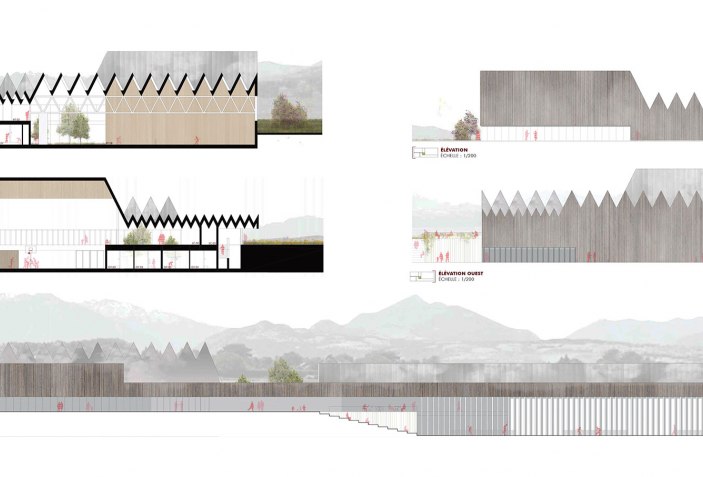 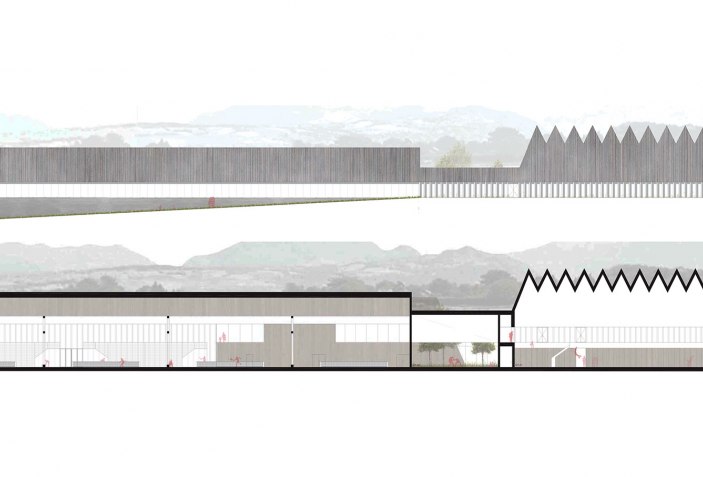 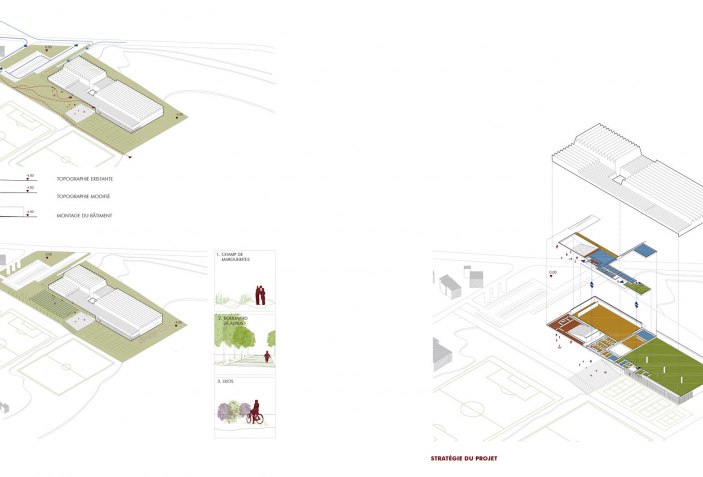 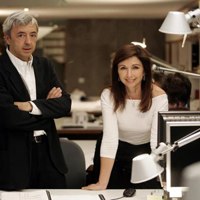 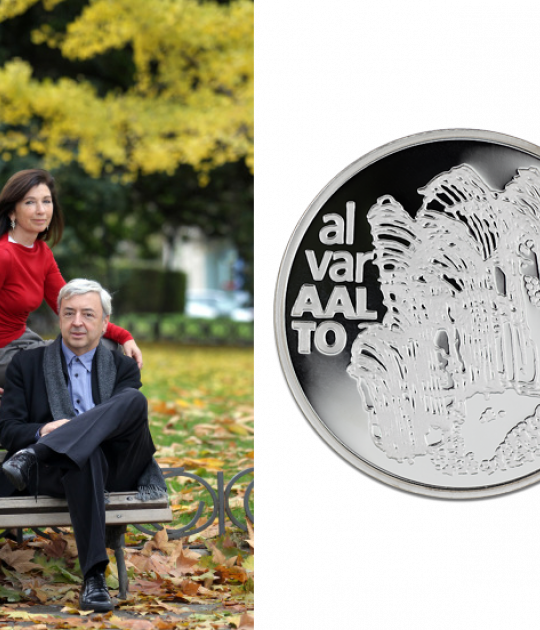 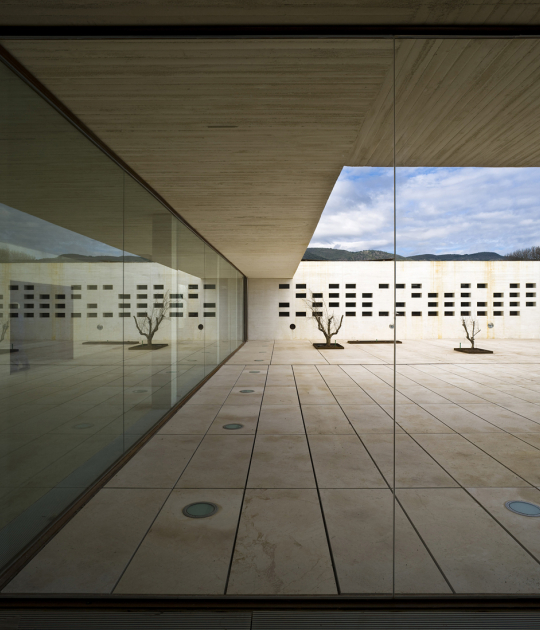 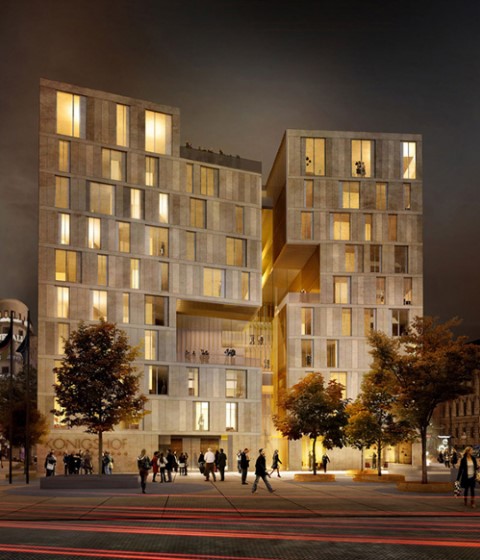 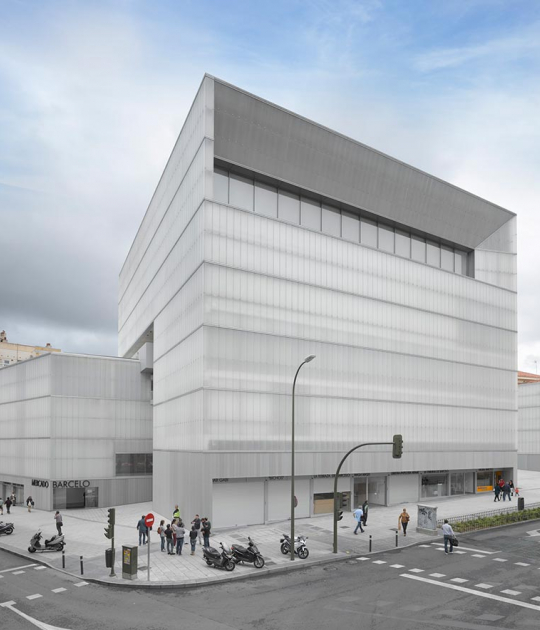 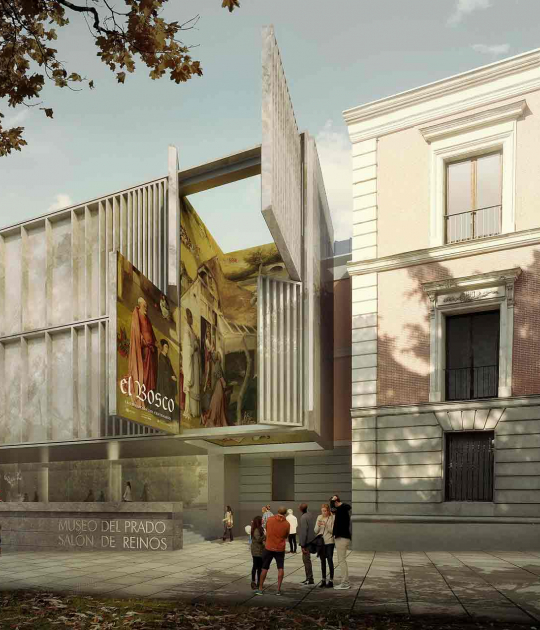