On Friday October 14, Marta Malé-Alemany present on the occasion of the opening of the the Master in Advanced Architecture IAAC, the lecture by Thom Mayne, 2005 Pritzker Architecture. The conference is part of the new "Lecture Series 2011-2012". 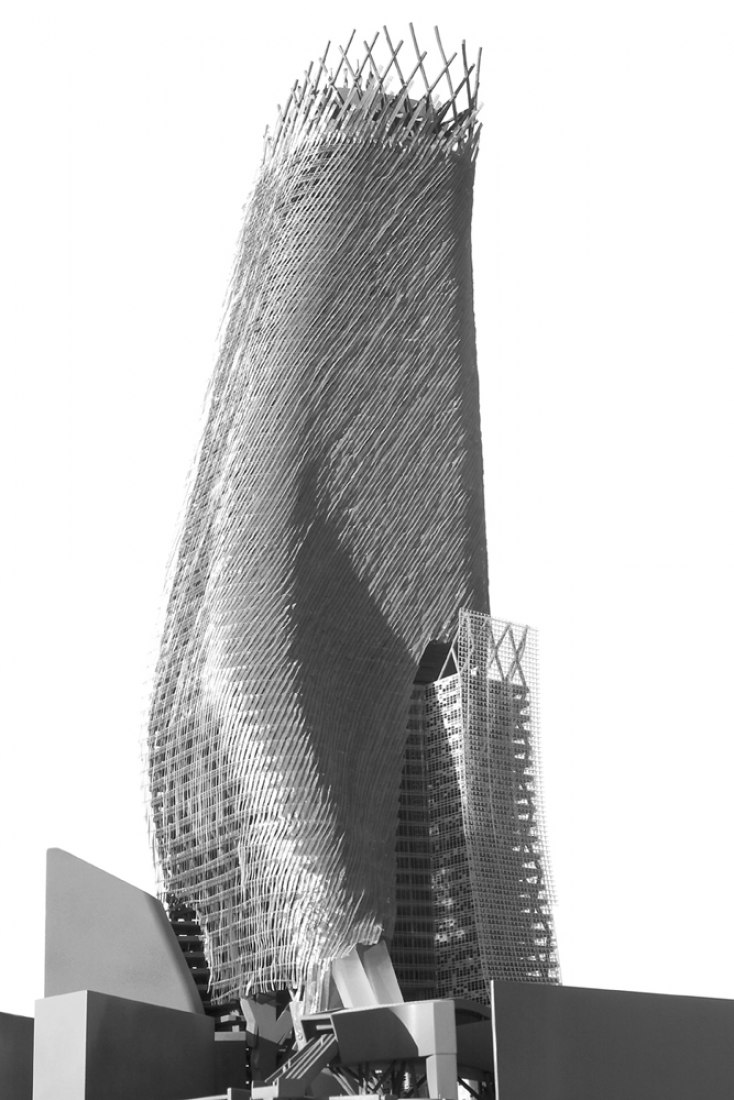 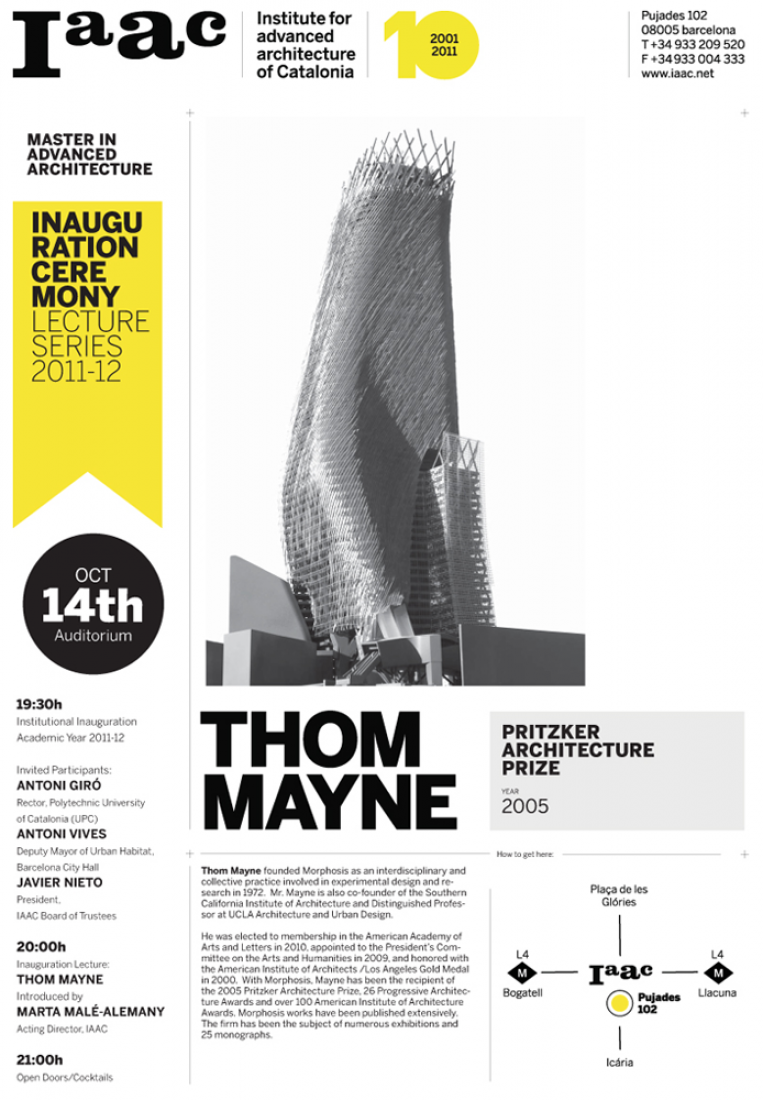 Thom Mayne (Waterbury, Connecticut, 1944), combines research and practice of their profession to teaching at UCLA (California) with the visiting professor in Colleges around the world. From his studio Morphosis, an interdisciplinary and collective practice in 1972 (co-founder with Michael Rotondi, until their separation), involved in experimental design and research. Mr. Mayne is also co-founder of the Southern California Institute of Architecture and Distinguished Professor at UCLA Architecture and Urban Design. He was elected to membership in the American Academy of Arts and Letters in 2010, appointed to the President’s Committee on the Arts and Humanities in 2009, and honored with the American Institute of Architects /Los Angeles Gold Medal in 2000.  With Morphosis, Mayne has been the recipient of the 2005 Pritzker Architecture Prize, 26 Progressive Architecture Awards and over 100 American Institute of Architecture Awards. Morphosis works have been published extensively. The firm has been the subject of numerous exhibitions and 25 monographs. 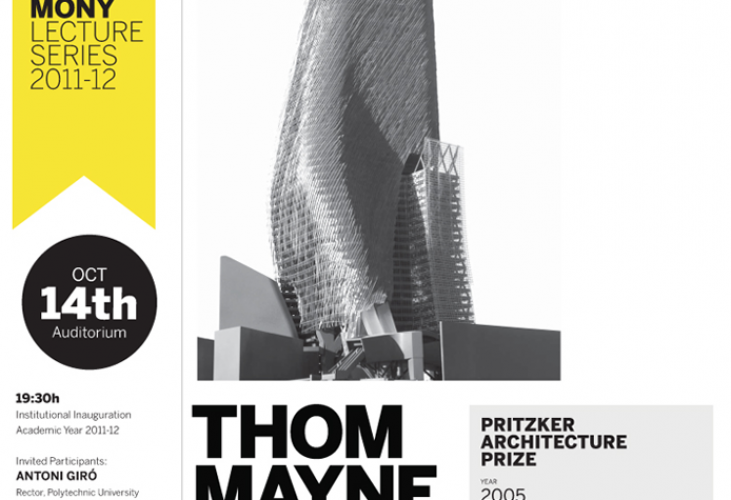 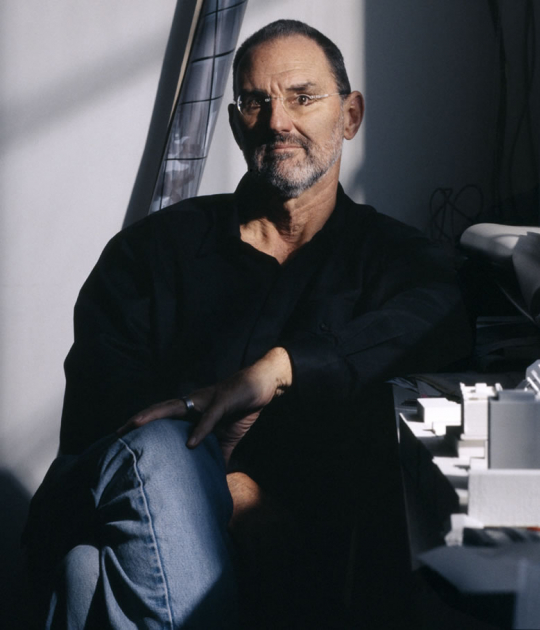