Ivorypress will be presenting the exhibition Zaha Hadid: Beyond Boundaries, Art and Design, as part of the annual architecture programme celebrated each autumn, which marks the beginning of the artistic season. The exhibition, opening on 4 September 2012, sets out a wide perspective of the artistic body of work of the architect Zaha Hadid (Baghdad, Iraq, 1950), which reflects her personal world-view. 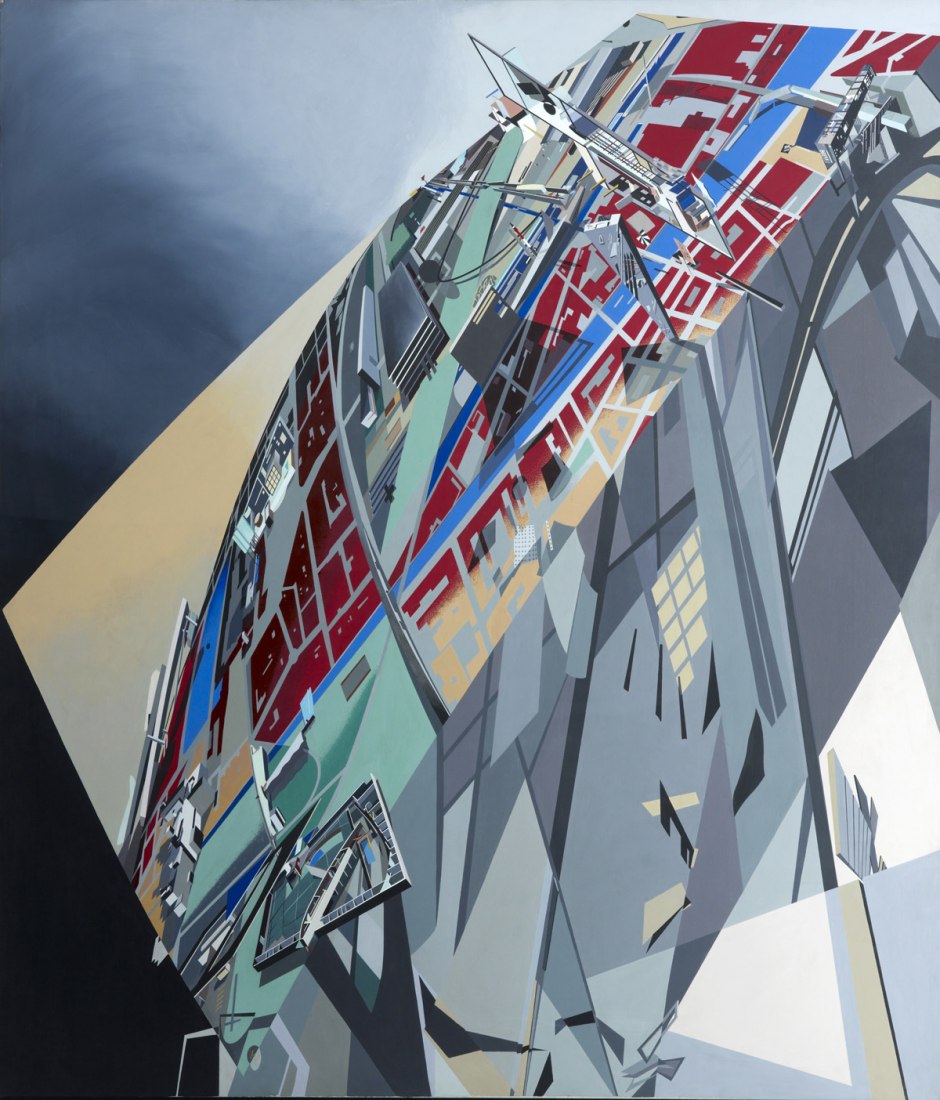 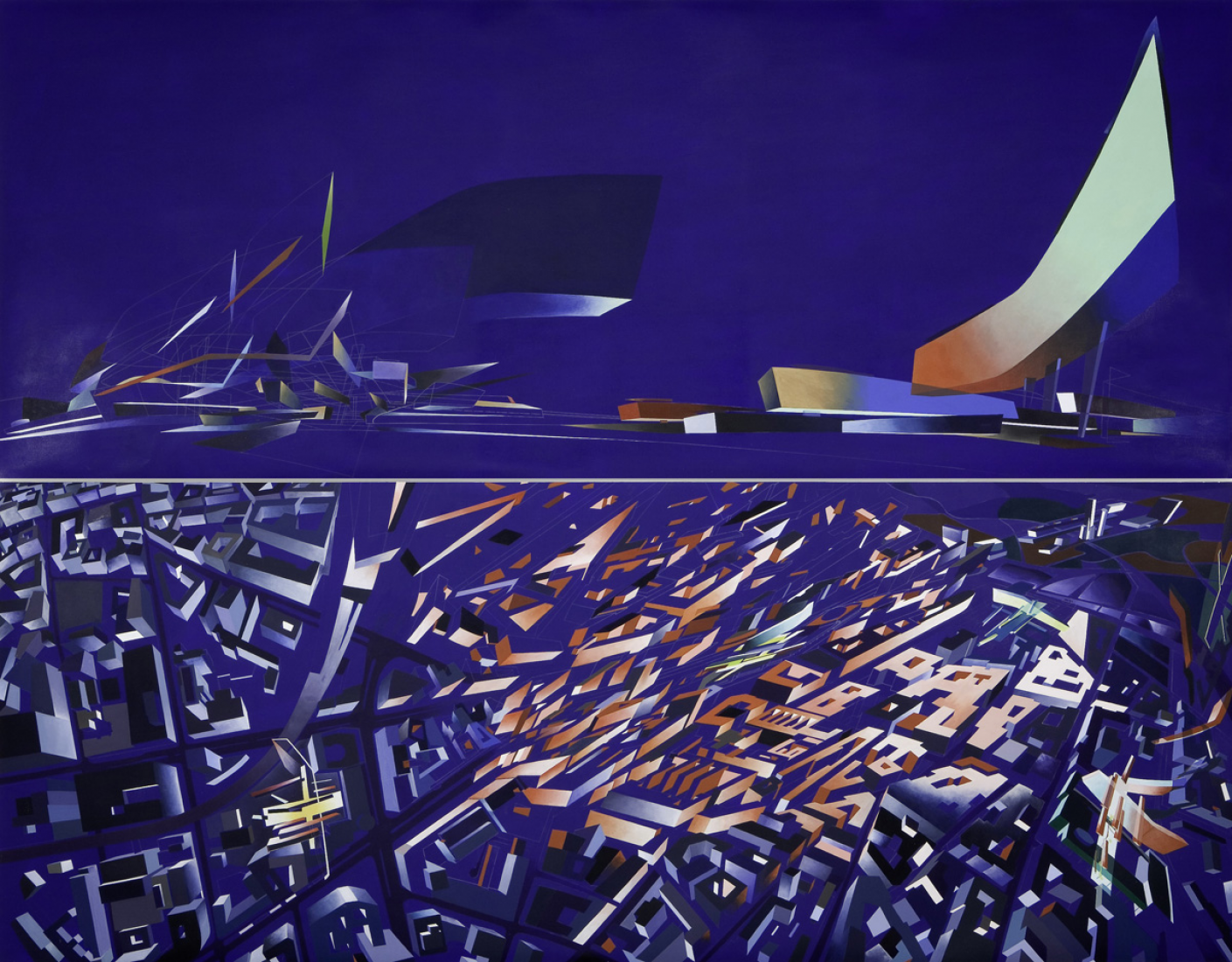 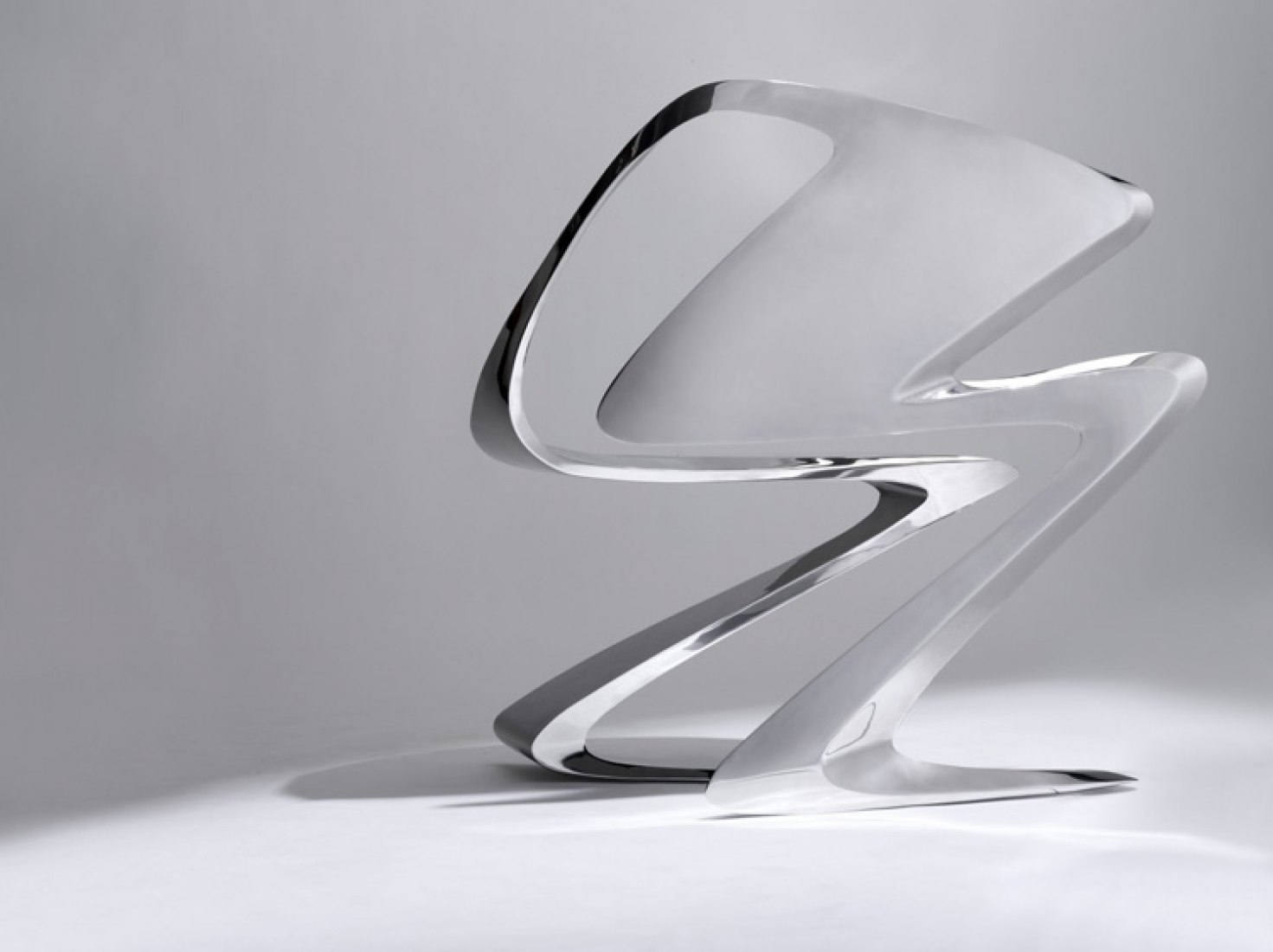 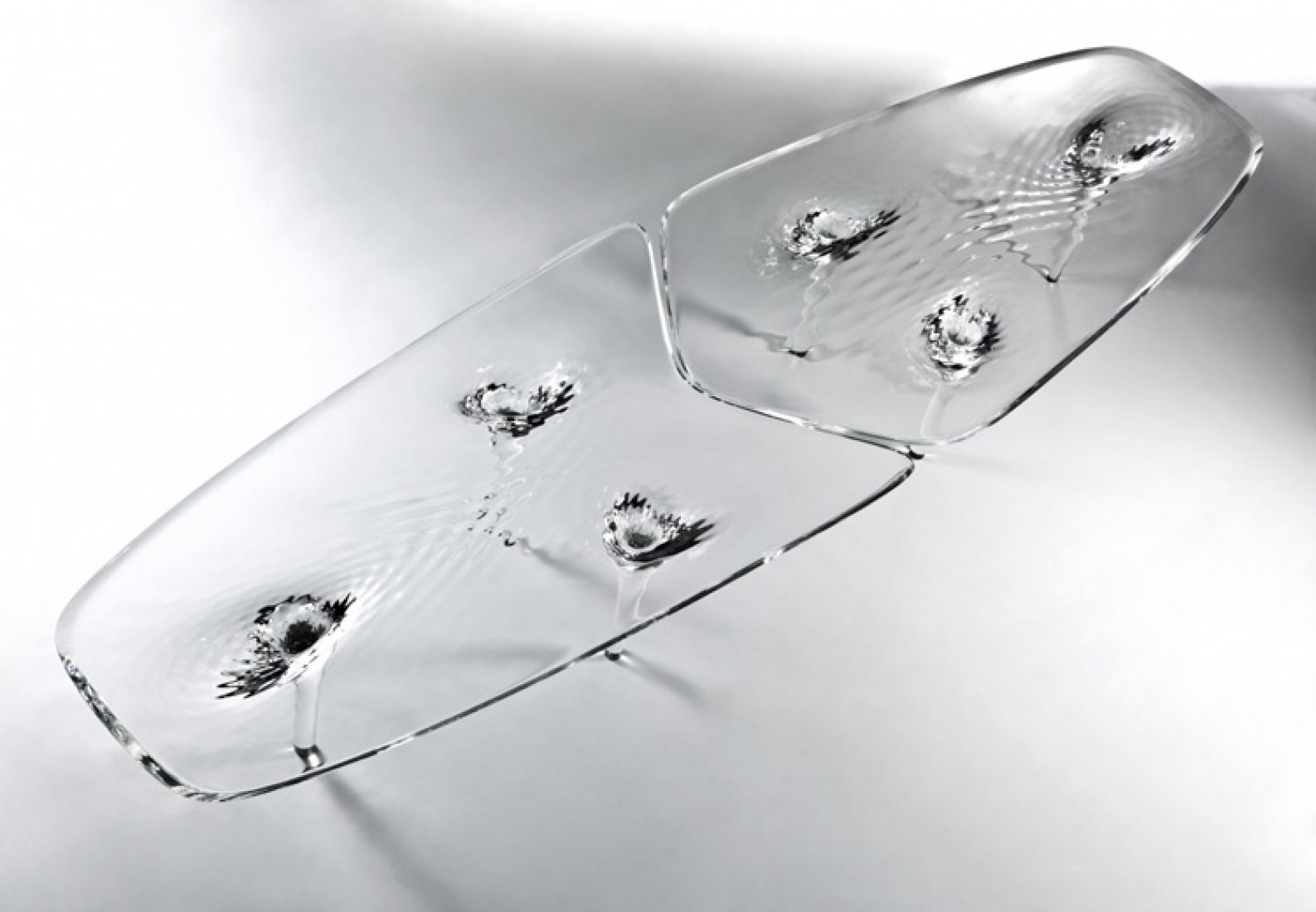 The show, which can be visited until 3 November, offers a deep insight into Zaha Hadid’s career with almost one hundred works, which run the gamut from models and plans to installations, furniture or even domestic objects. In the words of the curator, Kenny Schachter, the exhibition sets out ‘a very democratic conception, non-hierarchical in structure, where a building is seen in the same light and with the same import as a spoon’.

In this way, the selection of pieces on show includes oil paintings on canvas created by the architect in the 80s and 90s, including The World (89 Degrees) and the project for the Vitra Fire Station, created in 1983 and 1991 respectively. Zaha Hadid’s most recent production will also be present, with projects, drawings and models, such as The Peak Block 2012, which show the evolution of her work.

The work of the architect, who was the first woman to be recognised with the prestigious Pritzker Award, in 2004, goes well beyond building design, spanning drawing, painting, reliefs and installations, as well as furniture and object design. For Kenny Shachter, Hadid’s world-view is one in which ‘art, design, and architecture collapse into one another to push and pull the boundaries of aesthetics in every conceivable manner and form’.

From her London-based studio, Zaha Hadid Architects, Hadid takes the same creative approach with regard to objects such as cutlery, jewelry, decorative pieces, or furniture, for instance the Z-chair or the Liquid Glacial table, which will be on show at Ivorypress. The exhibition will also include three large-scale installations created in 2008: Stalactites, Relief: Domestic and Kartal Pendik Masterplan, whose curved shapes adapt to the gallery’s exhibition space.

In the words of Schachter, ‘What is so inspiring and intriguing about the astounding output of Zaha Hadid is the imaginative, inventive and unquenchable expression of curiosity and creativity’. With a naturalist and humanist sensibility, Hadid ‘defies pigeonholing in a world increasingly defined by uniformity’, under- scores the curator.

Some of Zaha Hadid’s recent work, such as the MAXXI: National Museum of 21st Century Arts in Rome or the London Aquatics Centre for the Olympic Games of 2012, are examples of how the Iraqi architect sets a challenge to create a fluid and complex space. Hadid goes about architectural work in a way which transforms our vision of the future with new concepts and visionary forms, as can also be appreciated in buildings such as the Guangzhou Opera House in China or the Hoenheim Nord Terminus terminal in Strasbourg. 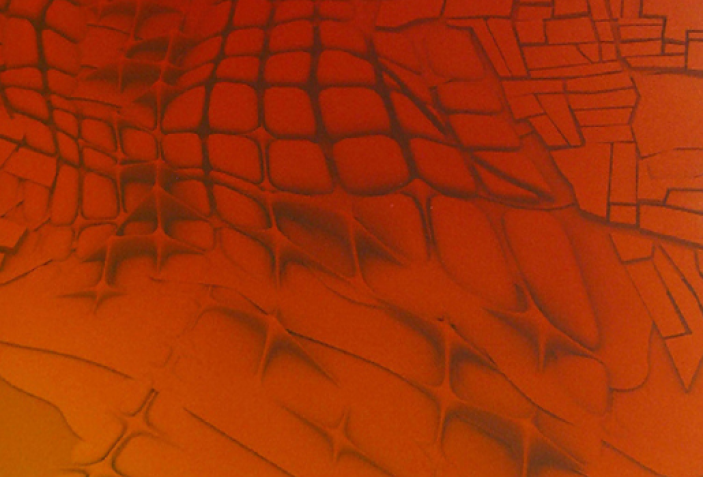 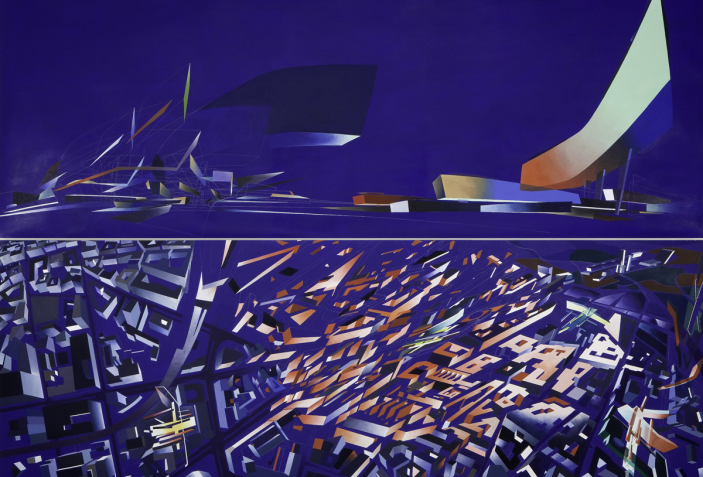 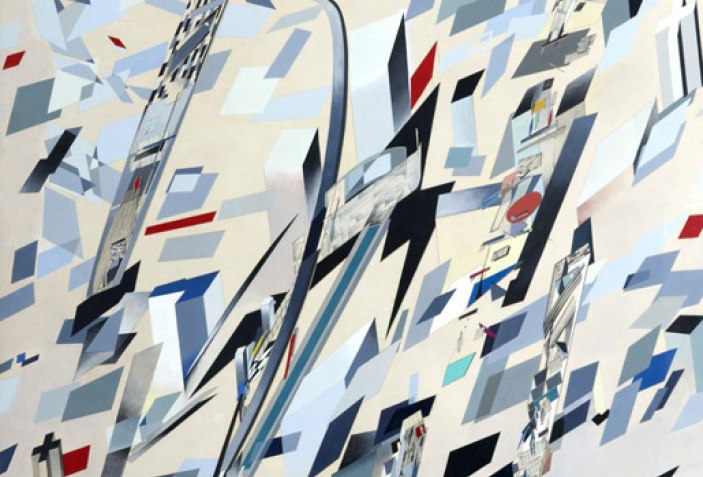 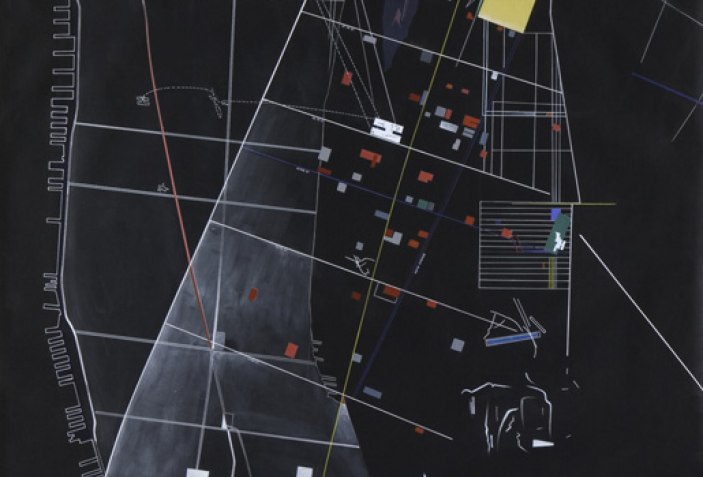 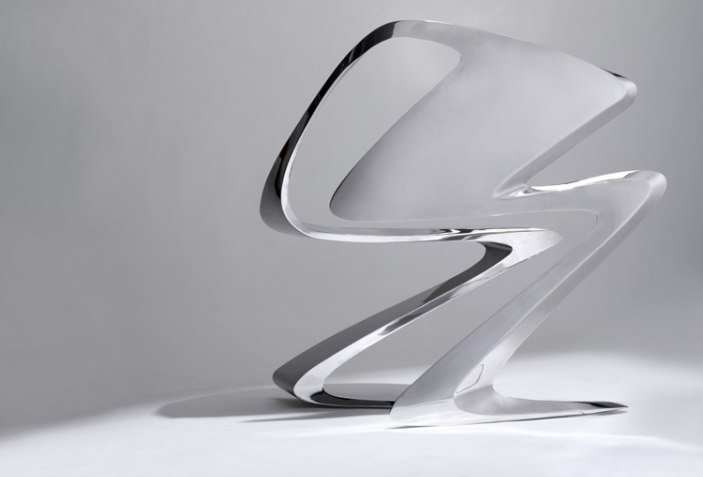 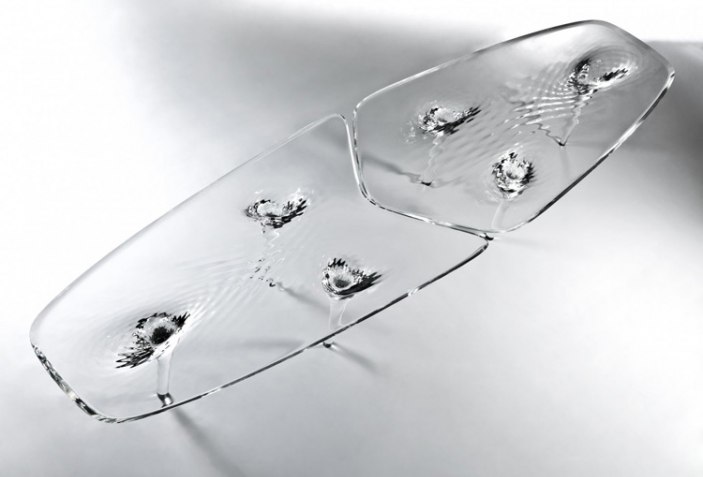 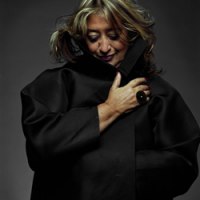 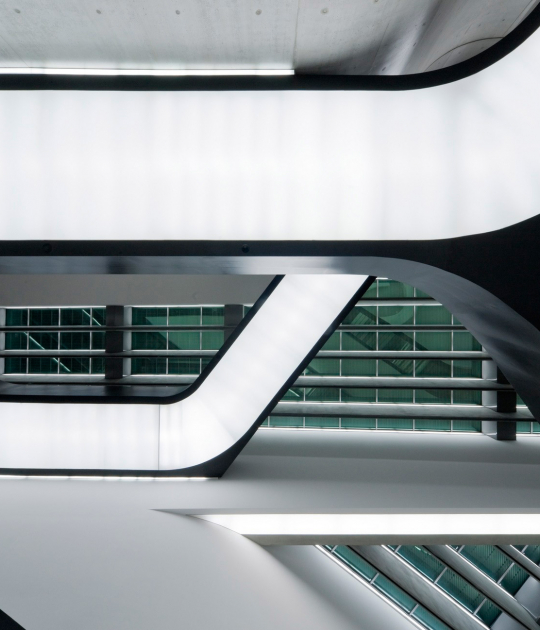 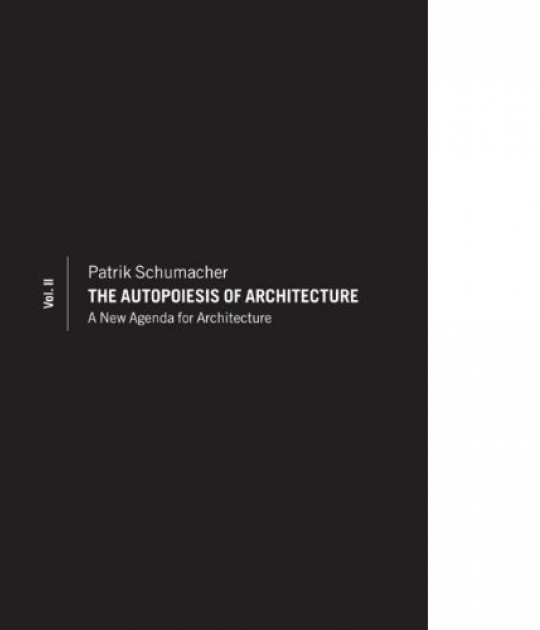 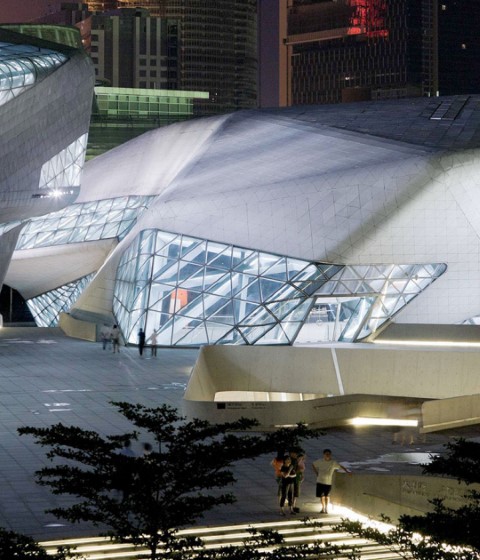 Guangzhou Opera House. Is this a Chinese Gem that elevates its context? 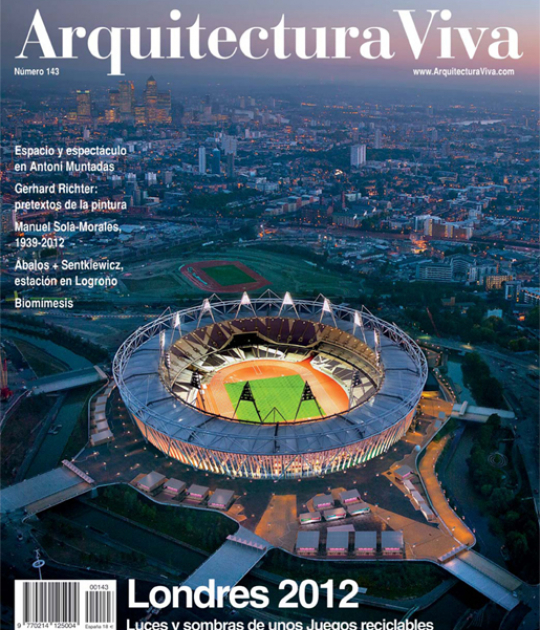 London 2012. Lights and shadows of a recyclable Games