Julia Morgan born in San Francisco, California, January 20th, 1872 (1872-1957), only 5 years after that Frank Lloyd Wright. Morgan practiced for nearly 50 years and designed more than 700 buildings of every type, including houses, churches, hotels, commercial buildings, and museums in a wide range of historic styles. The first woman admitted to the architecture school at the Ecoles des Beaux-Arts in Paris. It’s always a little jarring to realize that she’s almost an exact contemporary of Frank Lloyd Wright (1867-1959). I.e., Wright's Ennis House, for example, and the Hearst Castle are geographically and chronologically close but otherwise light years apart. However, she is best known for her work on the eclectic behemoth, Hearst Castle in San Simeon, California. Others works by Morgan are: Asilomar YWCA in Pacific Grove, California; and St. John's Presbyterian Church in Berkeley, California. 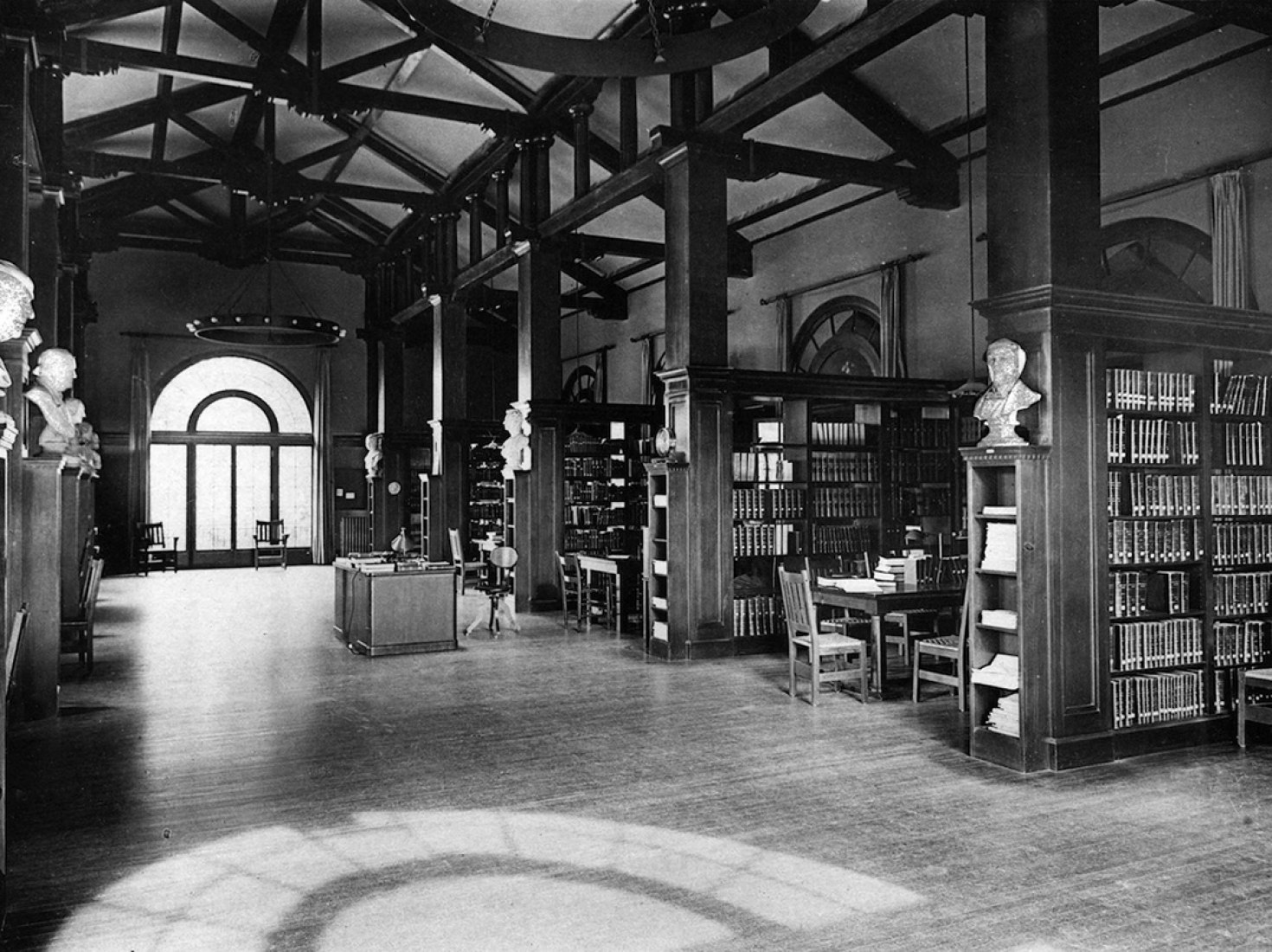 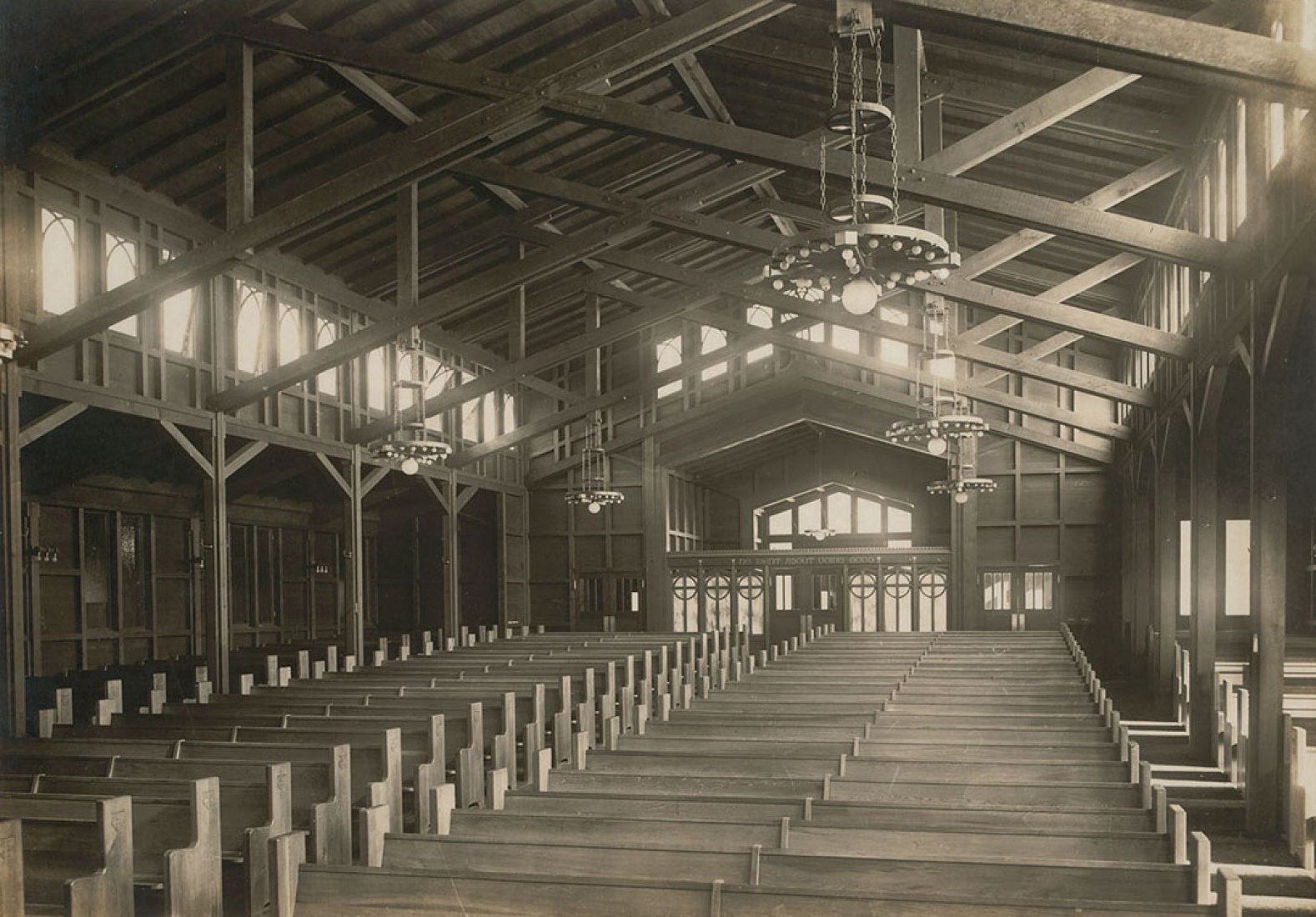 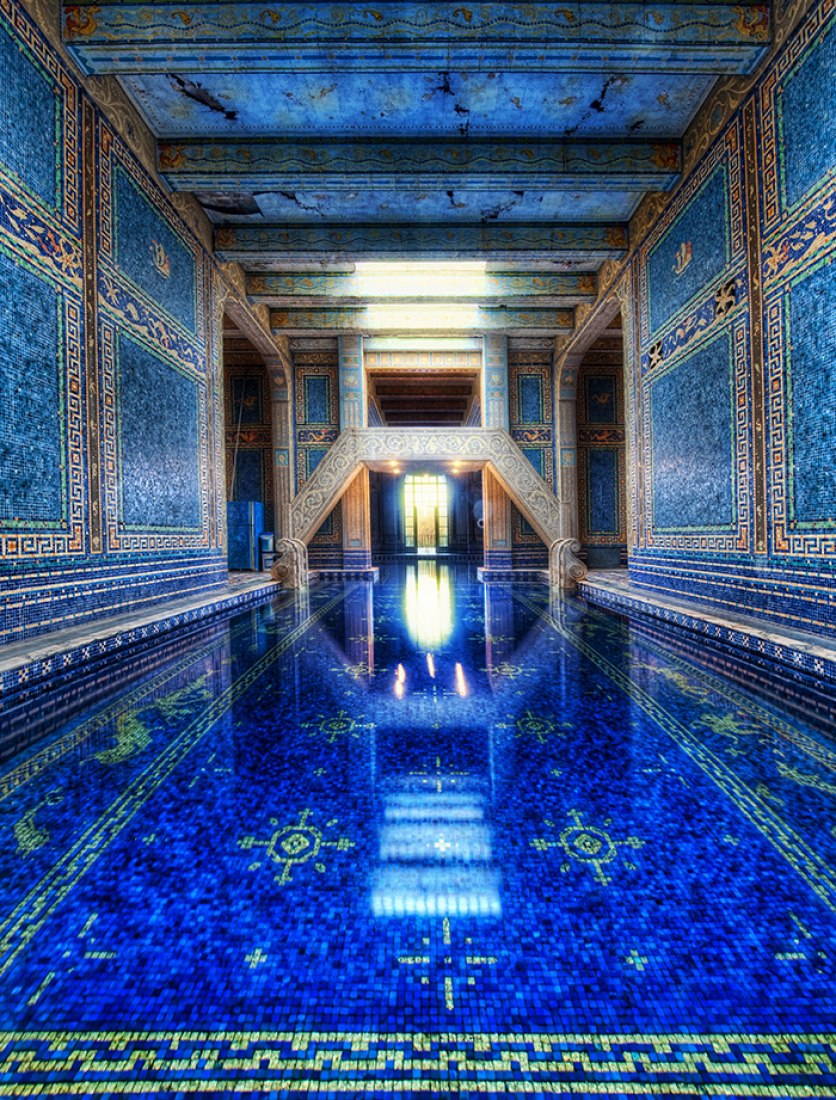 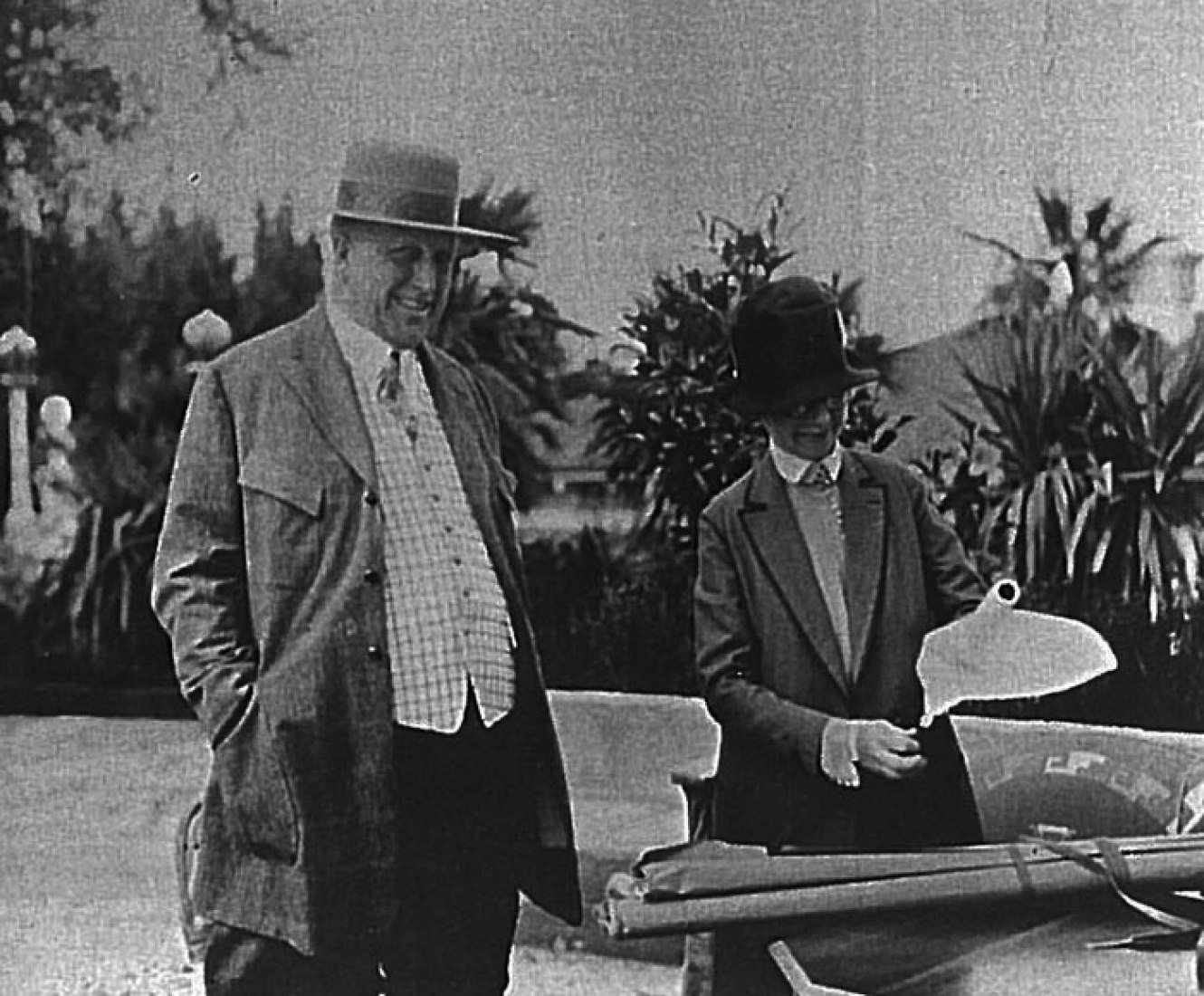 Photograph of architect Julia Morgan with William Randolph Hearst confer over blueprints at San Simeon, during the construction of Hearst Castle in 1926. 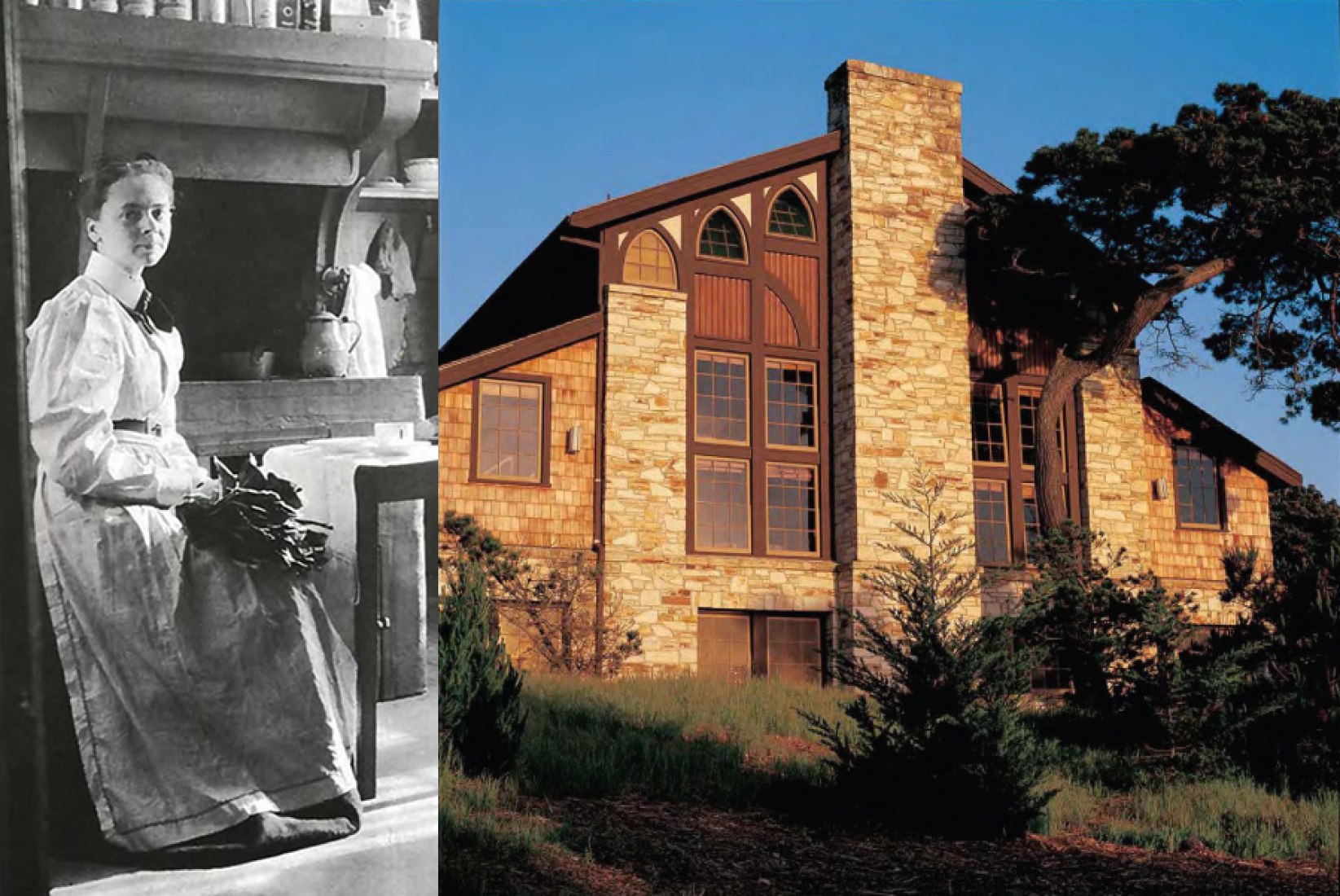 The AIA Gold Medal, voted on annually, is considered to be the profession’s highest honor that an individual can receive. The Gold Medal honors an individual whose significant body of work has had a lasting influence on the theory and practice of architecture. Morgan’s legacy will be honored at the AIA 2014 National Convention and Design Exposition in Chicago.

Some of her most notable projects by AIA include:

St. John’s Presbyterian Church in Berkeley, an excellent example of First Bay architecture. An intimately scaled church, its interior is entirely clad in redwood, including open cross-strut beams that create a sense of humble grace and wonderment.

Hearst Castle in San Simeon, Calif., William Randolph Hearst’s seaside retreat, 165 rooms across 250,000 acres, all dripping with detailing that’s opulent bordering on delirious. The style is generally Spanish Colonial but the estate seems to compress Morgan’s skill at operating in different design languages—Gothic and Neo-Classical as well as Spanish Colonial—in one commission. 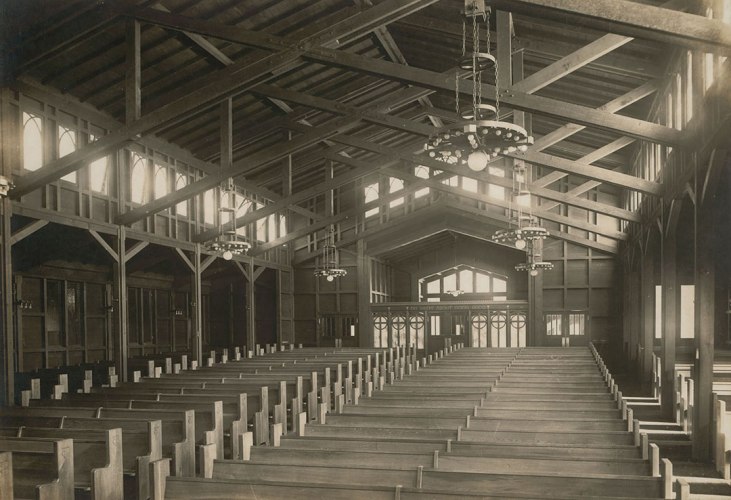 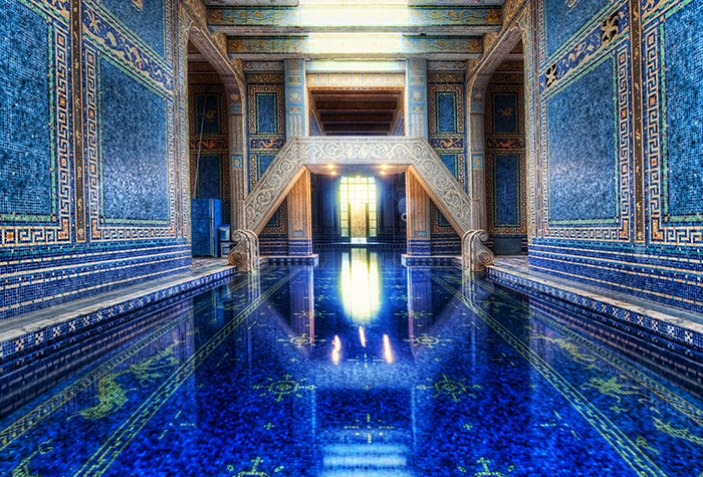 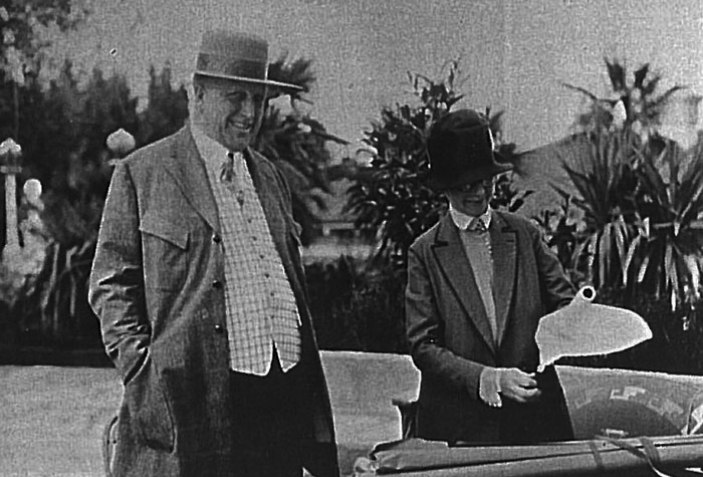 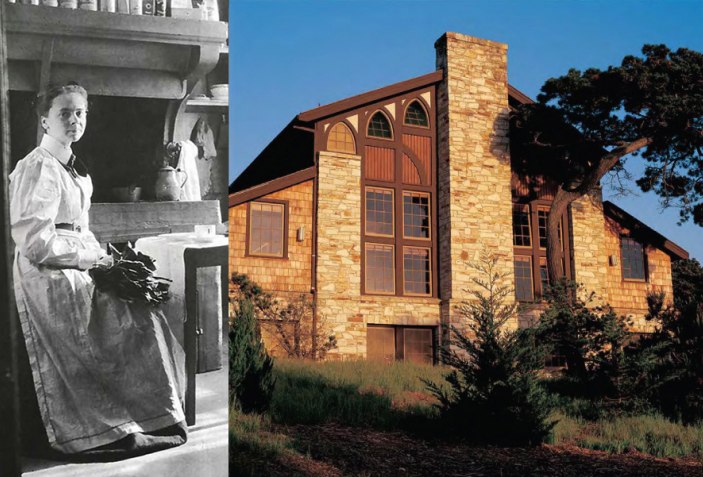 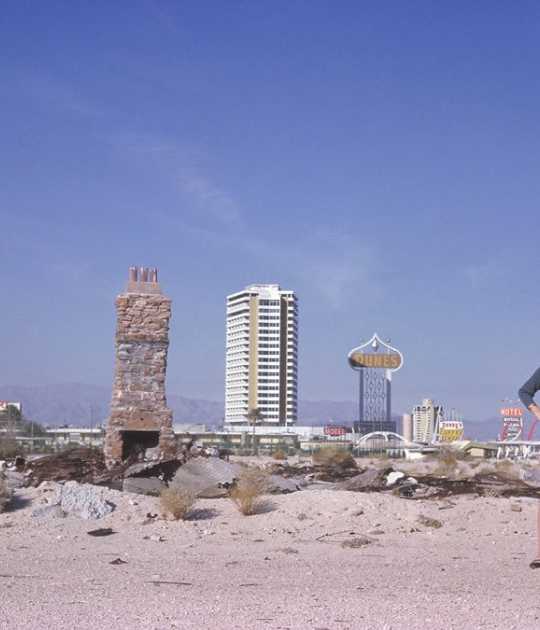 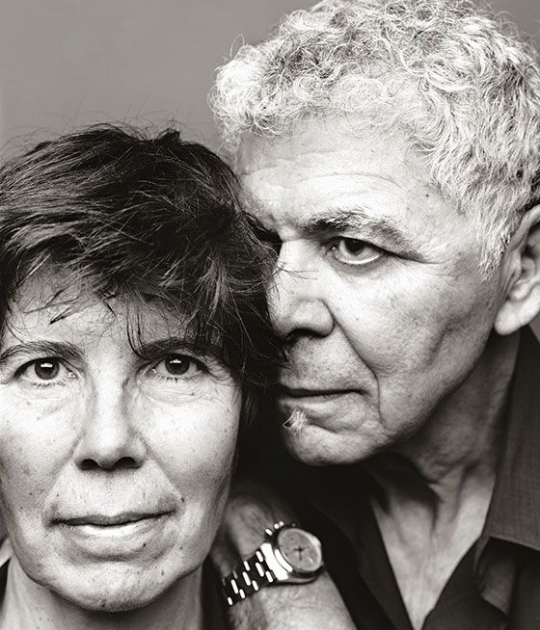