This past Wednesday 17th, it was held the closing ceremony of the successful exhibition dedicated to the work of Constant Nieuwenhuys, "Constant. New Babylon", in the Reina Sofía museum in Madrid, which can still be visited until February 29th. 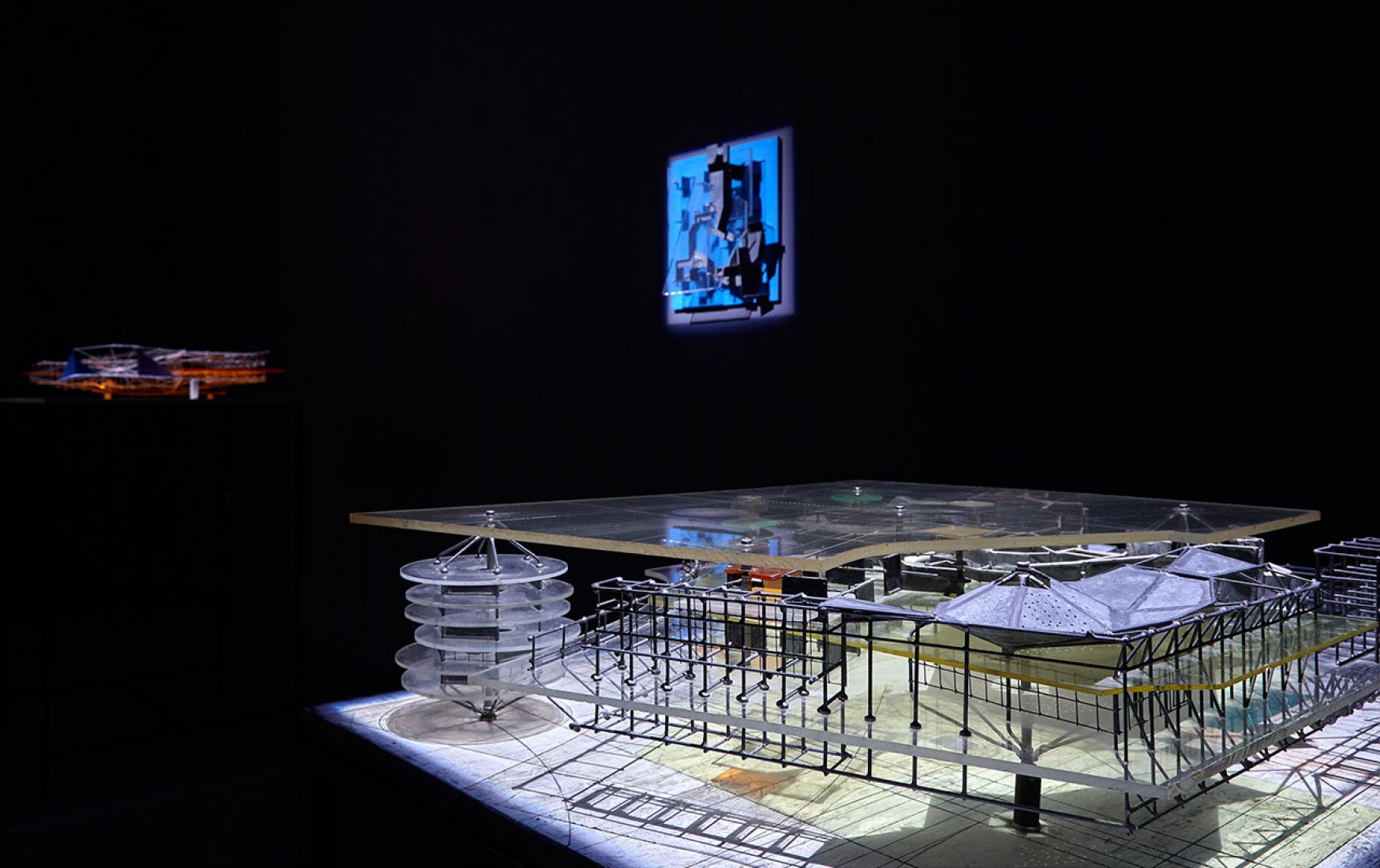 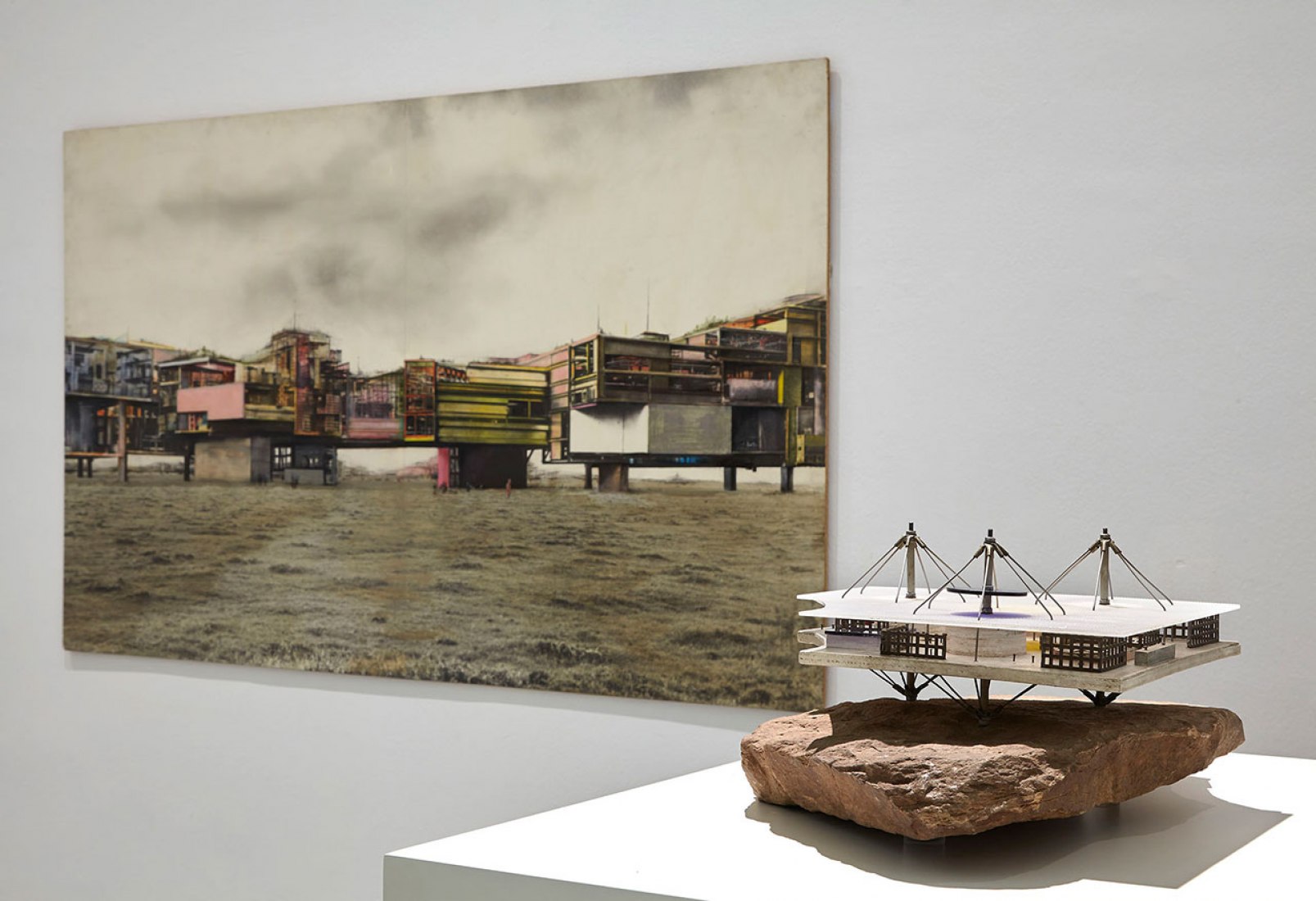 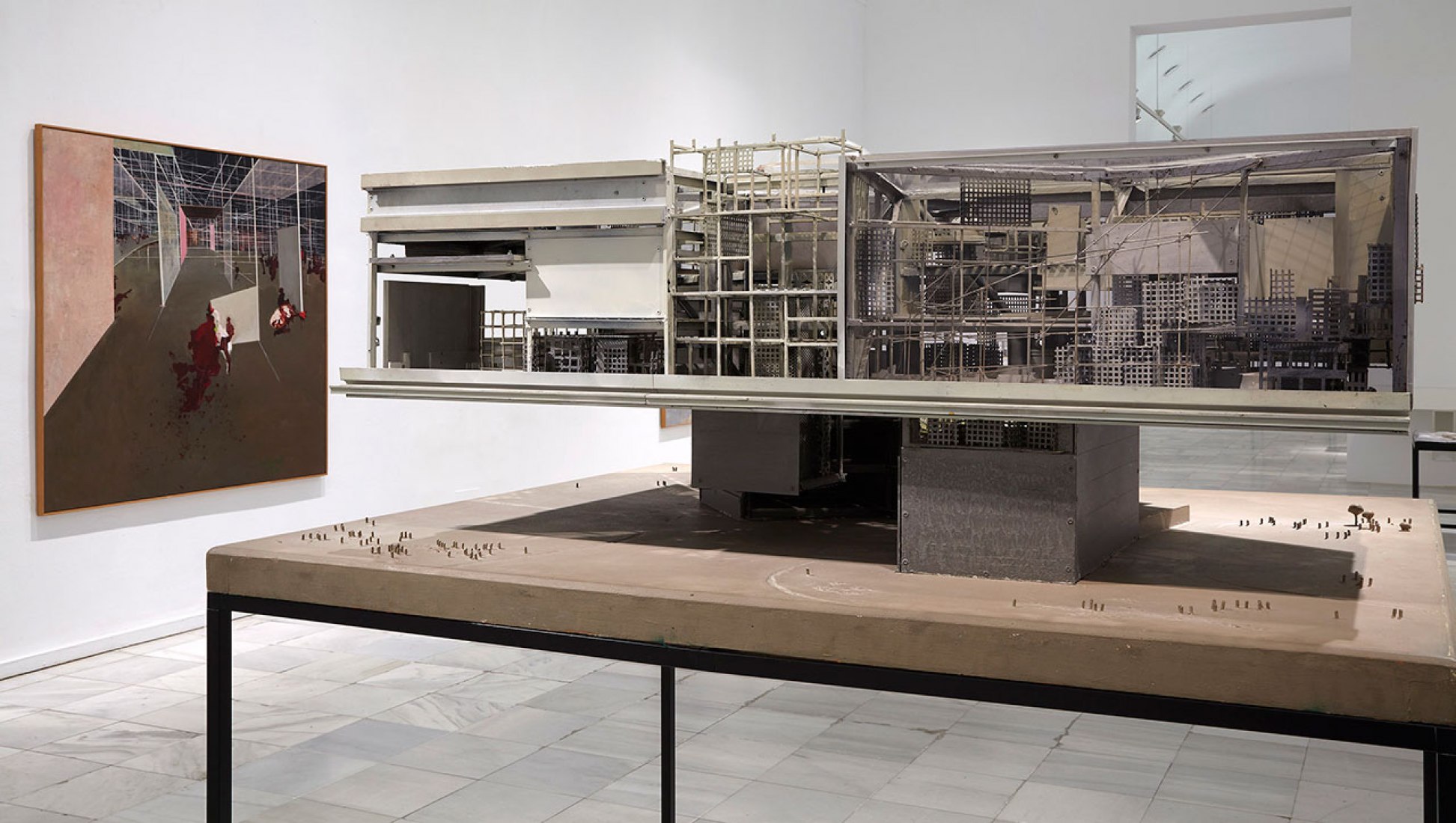 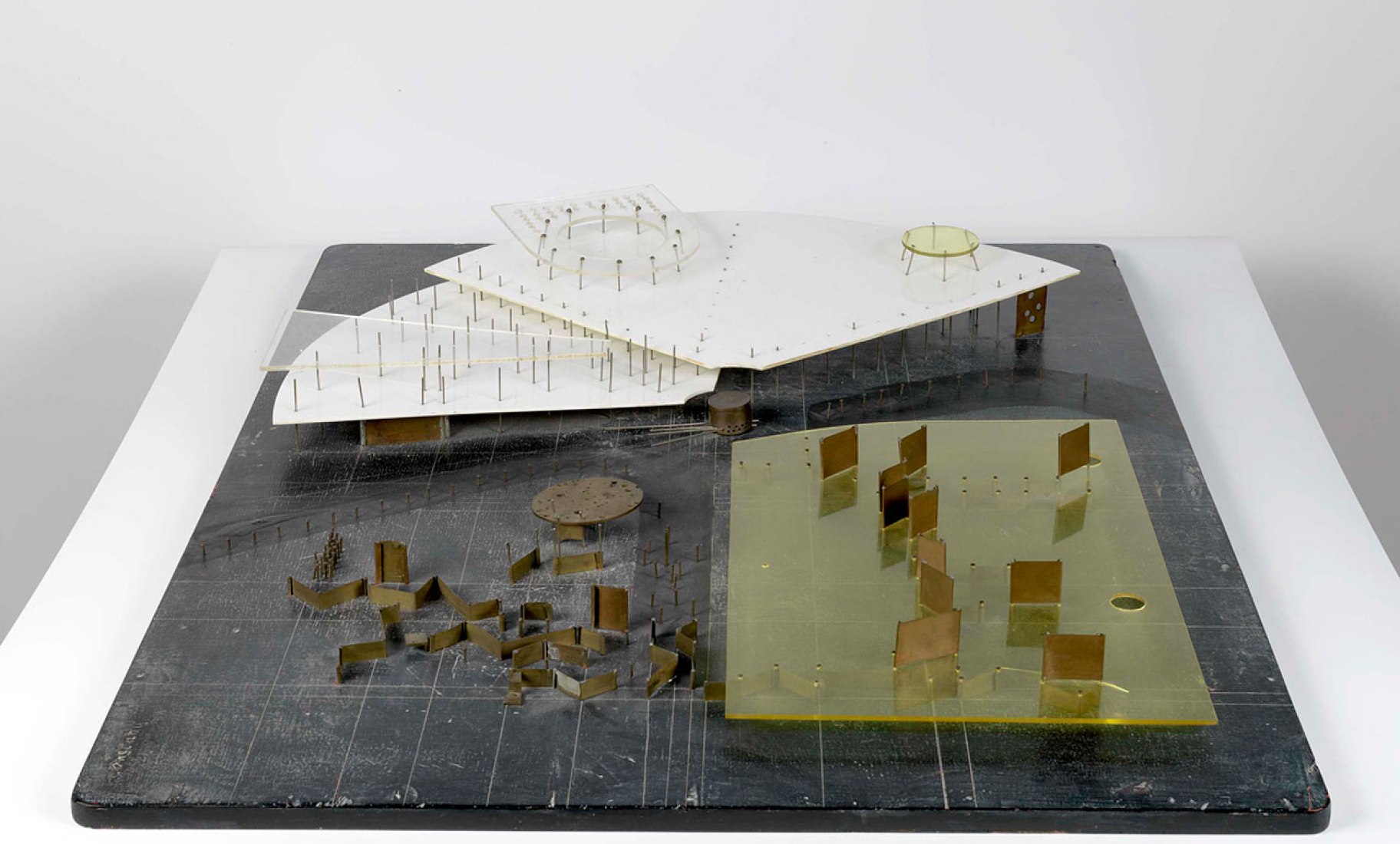 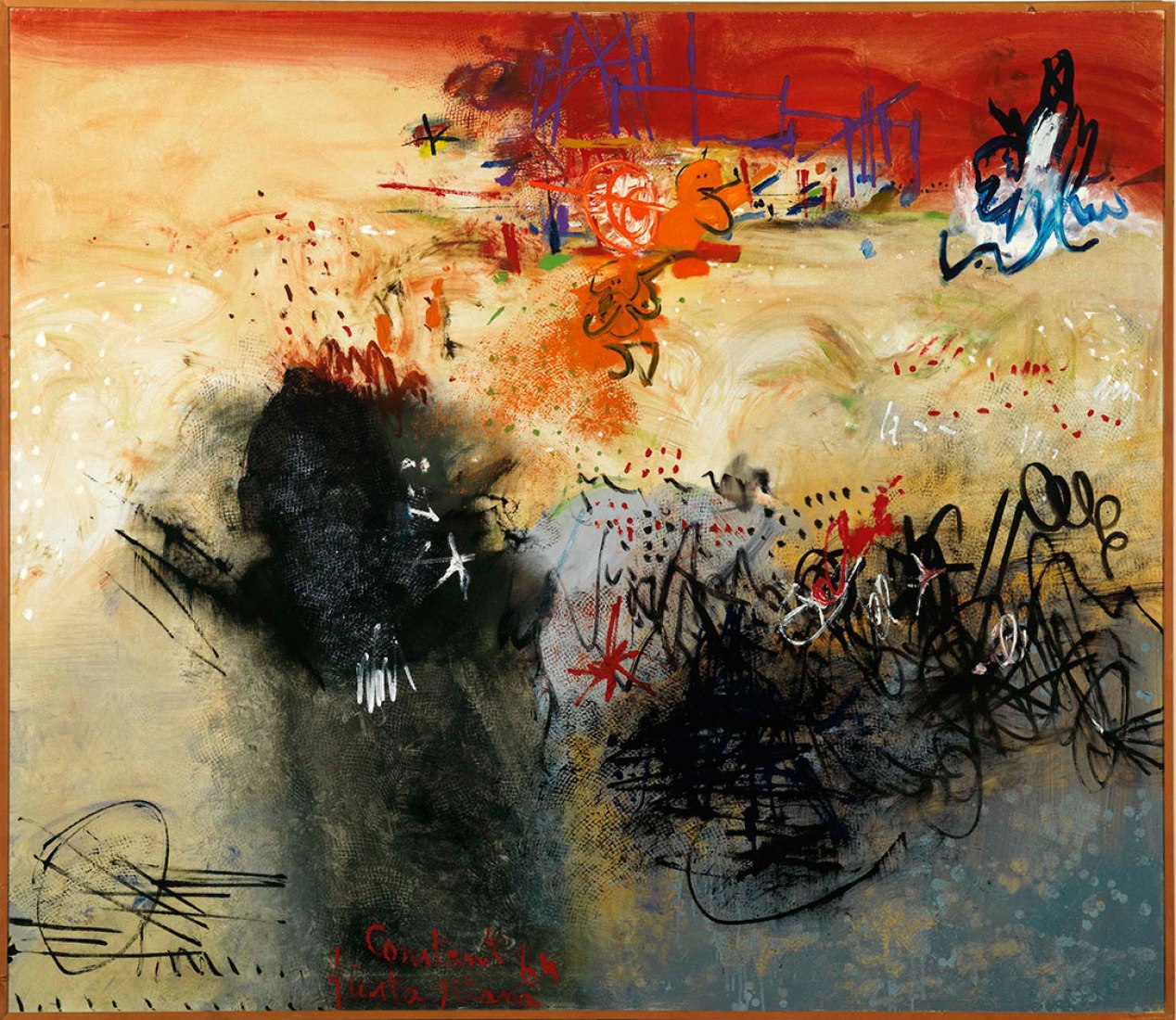 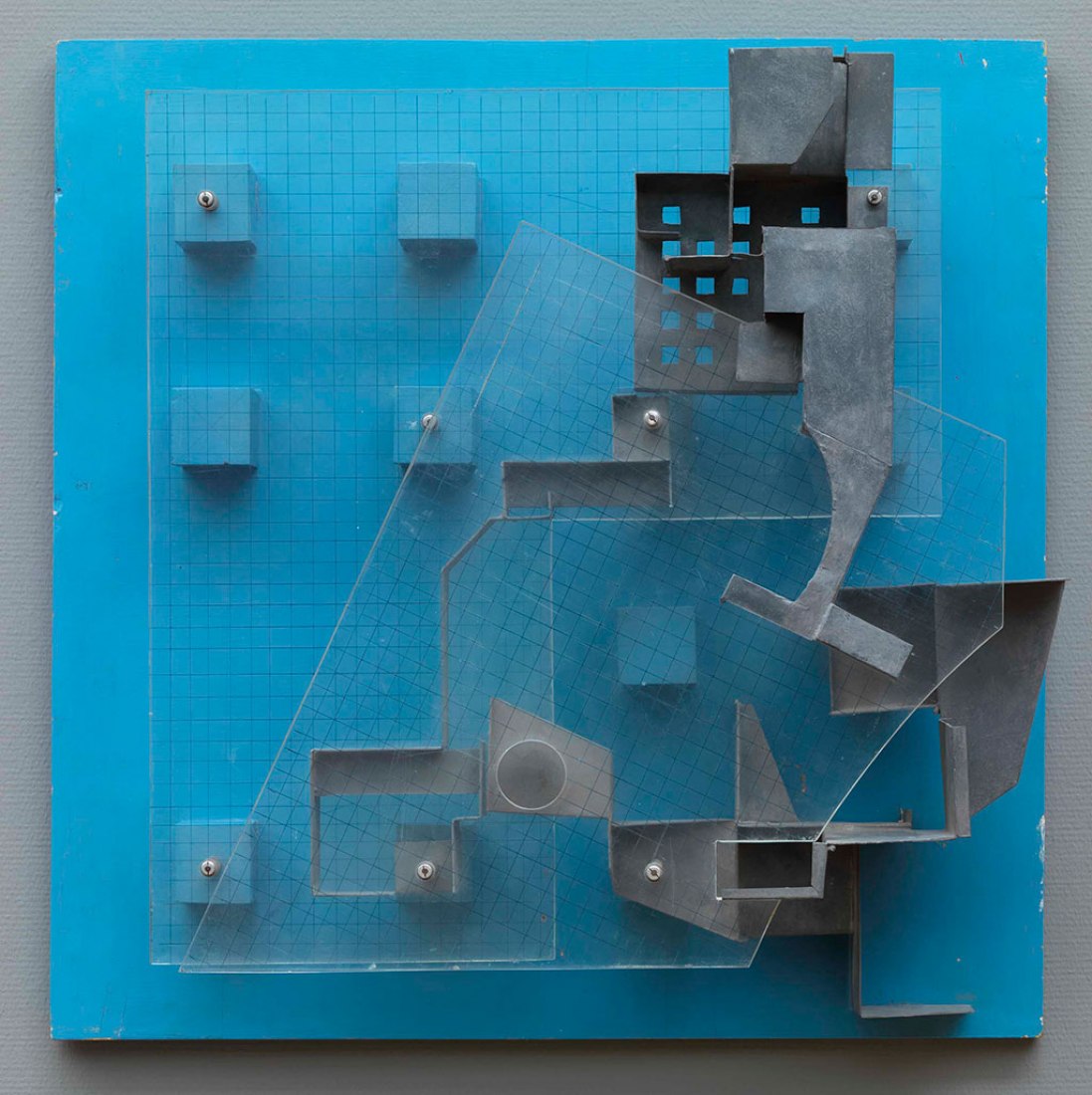 It is an exhibition that was received with high expectations, it arrived with 20 years of delay with respect to the one held in the MACBA in Barcelona, in 1996. The display of models, drawings and paintings by the Madrid's museum has been worthy of being one of the best retrospectives dedicated to the Dutch artist. It may have not been a massive success, however, it has been one of those exhibitions that, not being a massive event, are essential to support contemporary culture and even more at Madrid.

In this context, the closing was expected to be more than fancy, as a result of a collaboration between the COAM and the Reina Sofia Museum, something that deserves all the compliments and, at least in its approach, could again generate enthusiasm for being one of those necessary triggers for the cultural revival of a city like Madrid.

The first image of the even was so promising as disappointing was its outcome.

The guest of honor was Anthony Vidler, with a paper entitled "Towards a superarchitecture", although the overall title was "Constant and the right to the city". For those unfamiliar with the speaker, Anthony Vidler is dean and professor at the Irwin S. Chanin architecture School of the Cooper Union in New York, historian and critic of modern and contemporary architecture, is the author, among others, of the prologue of Reyner Banham's "Los Angeles. The Architecture of Four Ecologies" (2000) by University of California Press, and of books like "Warped Space: Art, architecture, and anxiety in modern culture (2000) and "The architectural uncanny: Essays in the modern unhomely" (1992), both published by The MIT Press or four years ago "Historias del presente inmediato" by Gustavo Gili.

The evening was promising, and after receiving a direct invitation, I flipped a coin and went to the event. After the typical greetings to some acquaintances, the event began with ten minutes of delay. The conference began with references to utopias (a good strategy if we remember that he prefaced the surftopias or autopias by Banham), but the classic utopias, not again Plato and Aristotle, again the trite Tomas Moro and his utopian cities. I think that with this prelude the hopeful ending began to blur, or maybe an utopian ending, perhaps that is why some little logistical problems began to appear. Anthony Vidler stopped suddenly, he said the papers he was reading were not the conference documents, they were wrong.(?) After some breaks he started up, with the right papers, and the conference turned into a review of well known utopias, a "drift/derive" slightly uplifting, actually a "surftopia" showing utopias such as the ones of Boullée, Tony Garnier, Antonio Sant'Elia,... Le Corbusier,... Archizoom, Archigram ... even Aldo Rossi and Krier ... seasoned with some topological context and intention to reach the not found utopia. We could have imagined that all of that was a graphic détournement but unfortunately it did not. Constant and his New Babylon only appeared in one of the last slides with four pictures, with some too farfetched texts.

If the aim was to learn more about Constant's work, his socio-political and cultural context, his influences, his contemporaries, the European culture of the time, the COBRA group as one of his preludes - formed together with his peers from Copenhagen, Brussels and Amsterdam.- Co Br a - his collaboration with Aldo van Eyck and his profound influence on the Situationist Internation... none of this came up. His drifts, détournements, psychogeographies, the influence of cinema, the Naked City, unitary urbanism, European Surrealism, freedom or play... no, nothing at all, only canned and easily consumable utopias, autopias.

Those of us who expected to hear about social utopias or the influence of the "homo ludens" on contemporary culture; who thought the conditions of place would rise over the object or formal issues; those of us were completely wrong. The talk became a cookbook of architectural history, only enhanced by the final statement in favor of utopia. I had the great impression that the loss of papers, during the conference, was the best graphic picture of what happened, it was not casual. And I had my doubts of whether it was necessary to bring someone from so far away to give such loose talk. Banham's student at least made us recall the brilliance of the author of "Los Angeles. Architecture of Four Ecologies" and his four ecologies (Surfurbia, Autopia, Foothills and The plains of Id) or his well-known books on megastructures. I'm sure Anthony Vidler has had better days and lectures, but on Wednesday he left the impression fiasco.

The round-table discussion that followed was entitled "Another city for another life" and it was formed by Ethel Baraona, Izaskun Chinchilla, José Pérez de Lama and José Miguel de Prada Poole. If someone still had hope that there would be any debate around Constant, New Babylon, the citizens or other cities for different lives, this was not actually the case. Instead, Prada Poole presented images of megastructural utopias, which could have been brought up fifty years before, although I am not sure if it would stand a graphic comparison with the great utopias by Archigram or the freehand drawings by Yona Friedman. The brief presentation ended with a city located in space which reminded of the latest science fiction films from Hollywood.

José Perez was next. He was probably the one who came closest to establishing some links to the Situationists, bringing up the reference to Xavier Costa and his book, with covers in pink, that many of us cherish in our library. He presented his proposal for new virtual territories between the communities on both sides of the Strait of Gibraltar, the dystopias of wiki spaces and the creation of an intermodal system of communicating poles. He had interesting reflections on certain social utopias.

The first round of personal projects was closed by Izaskun Chinchilla, with the presentation of the pavilion project she won last summer. She recounted her experience, explained the project, already known, on the other hand, and interesting personal views, but it was impossible to relate it to Constant's work. I could guess some relation to play (it would have been an interesting drift), but the ecological footprint of picking bicycle wheels and illegal Chinese umbrellas, and the presentation turned into a criticism of the lobbies of architects and their unclear or fraudulently ways to win contests.

After what seemed like a second round run by the moderator, Ethel Baraona, the initial disappointment and subsequent drift prevented me from staying in the room. As I was leaving, I remembered the words of a young and miscreant Rem Koolhaas after interviewing Constant for the Haagse Post, in which he criticized the position of the interviewee. He saw a certain embourgeoisement in the fact that the architect had a German Shepherd dog and a Citroen 2CV. This was certainly supported by all of them lecturers, none spoke of Constant and everything was presented in an easy-to-digest context of bourgeois theories of utopia, surftopia as Banham would say.

BIBLIOGRAPHY TO KNOW A LITTLE BIT OF CONSTANT 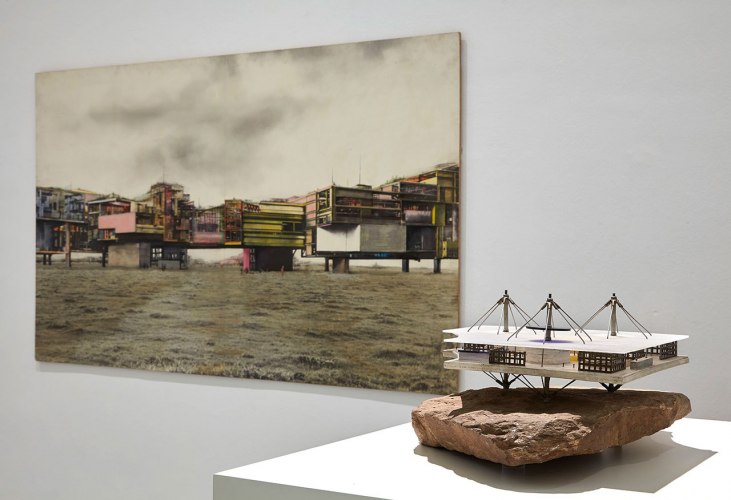 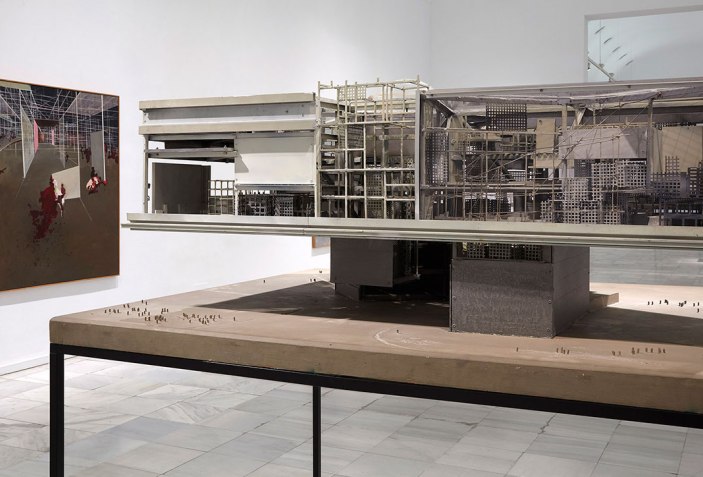 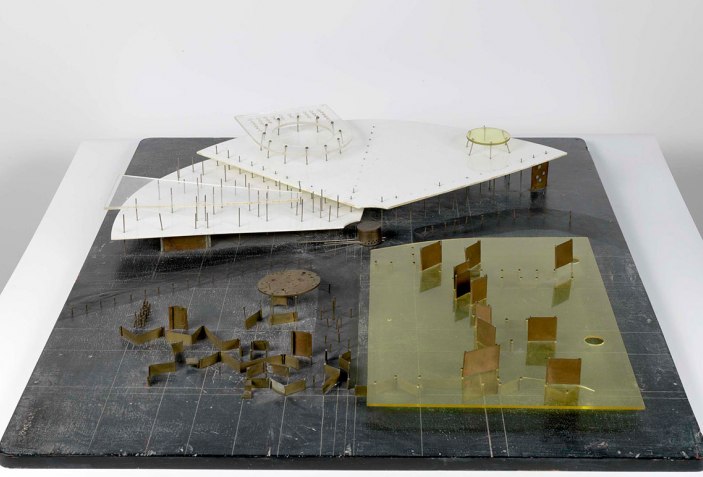 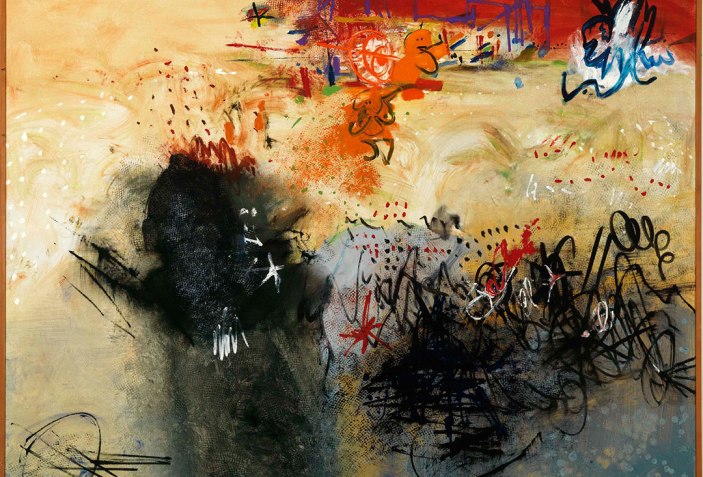 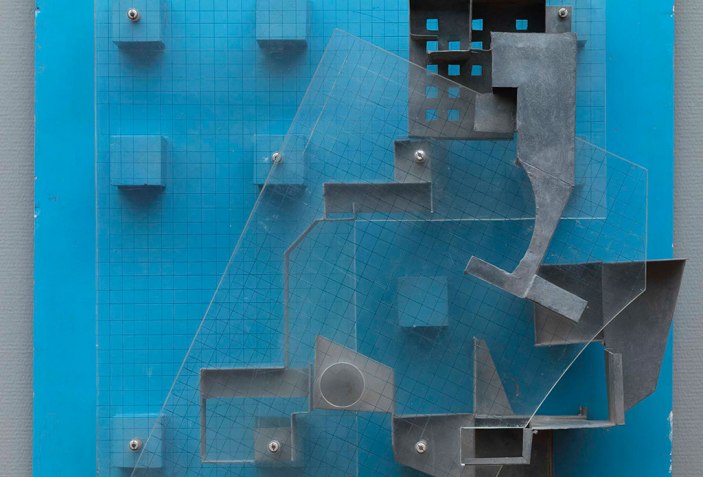 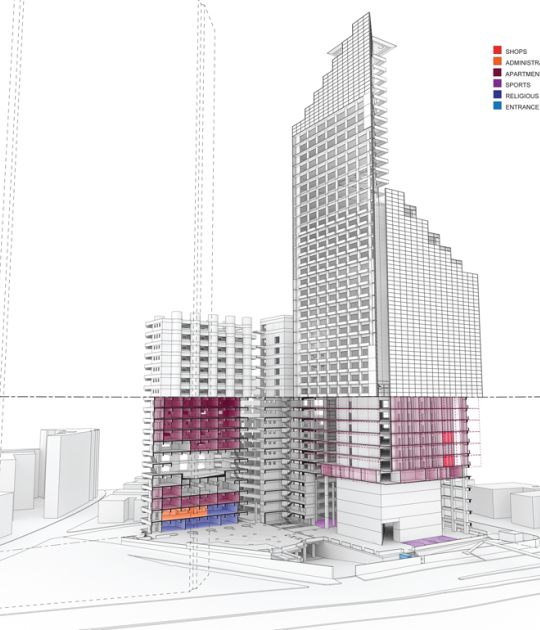 The end of a dream 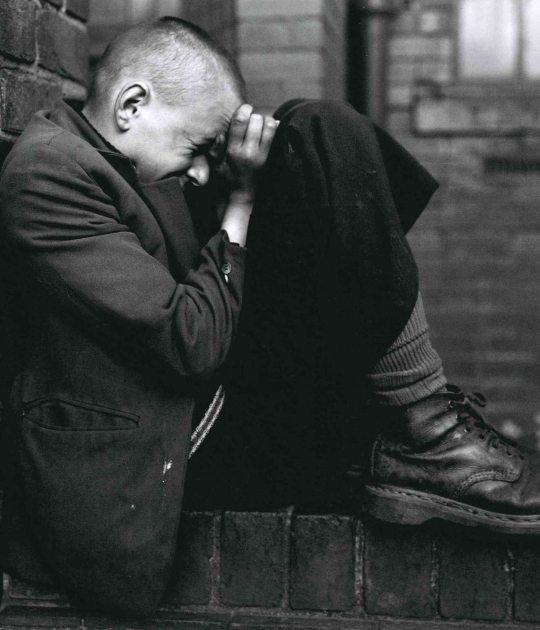 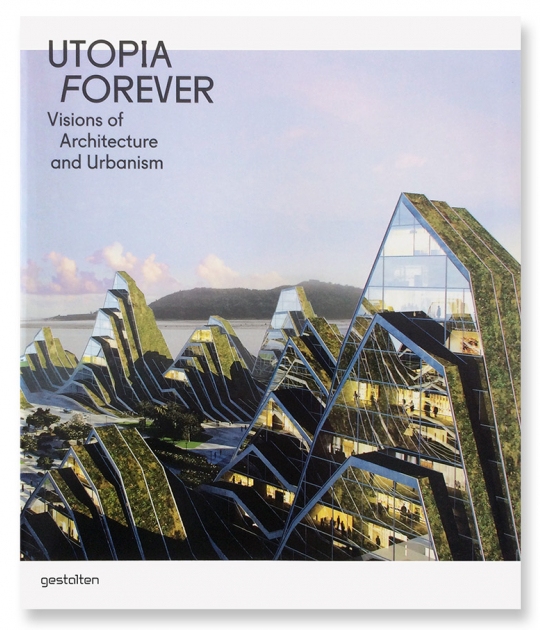