A video inside the high-modernist Mexico City home designed by Luis Barragán. 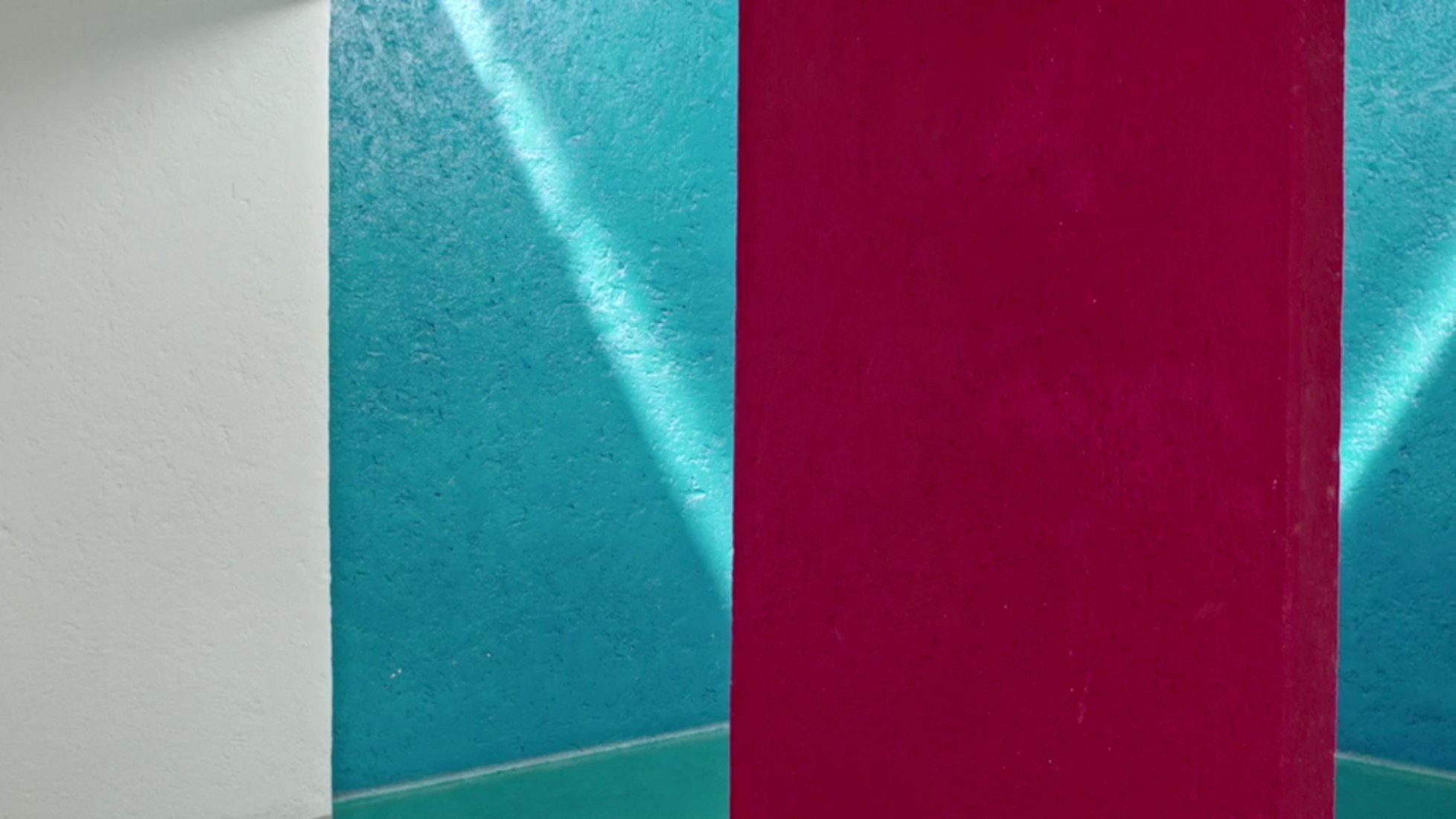 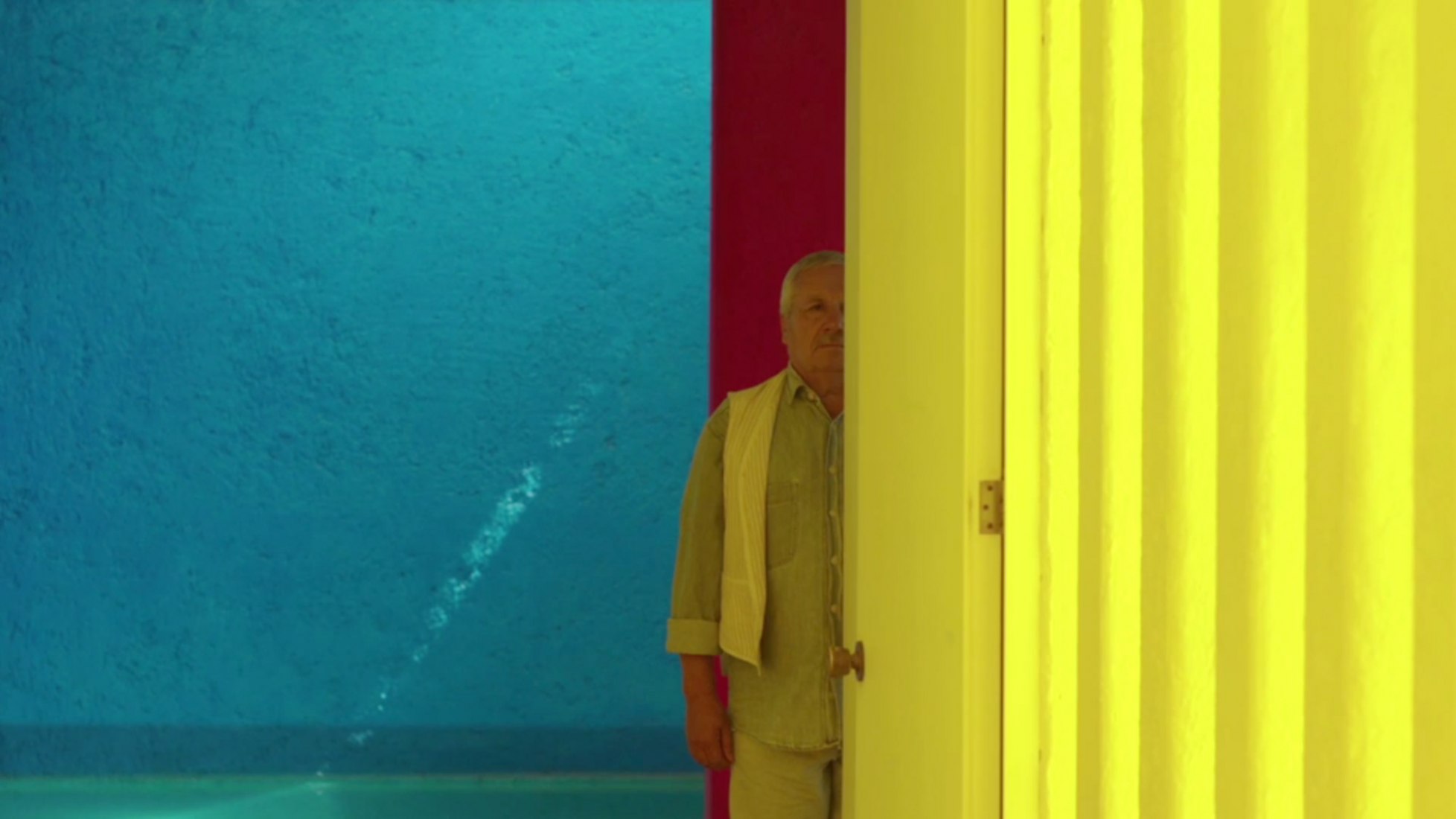 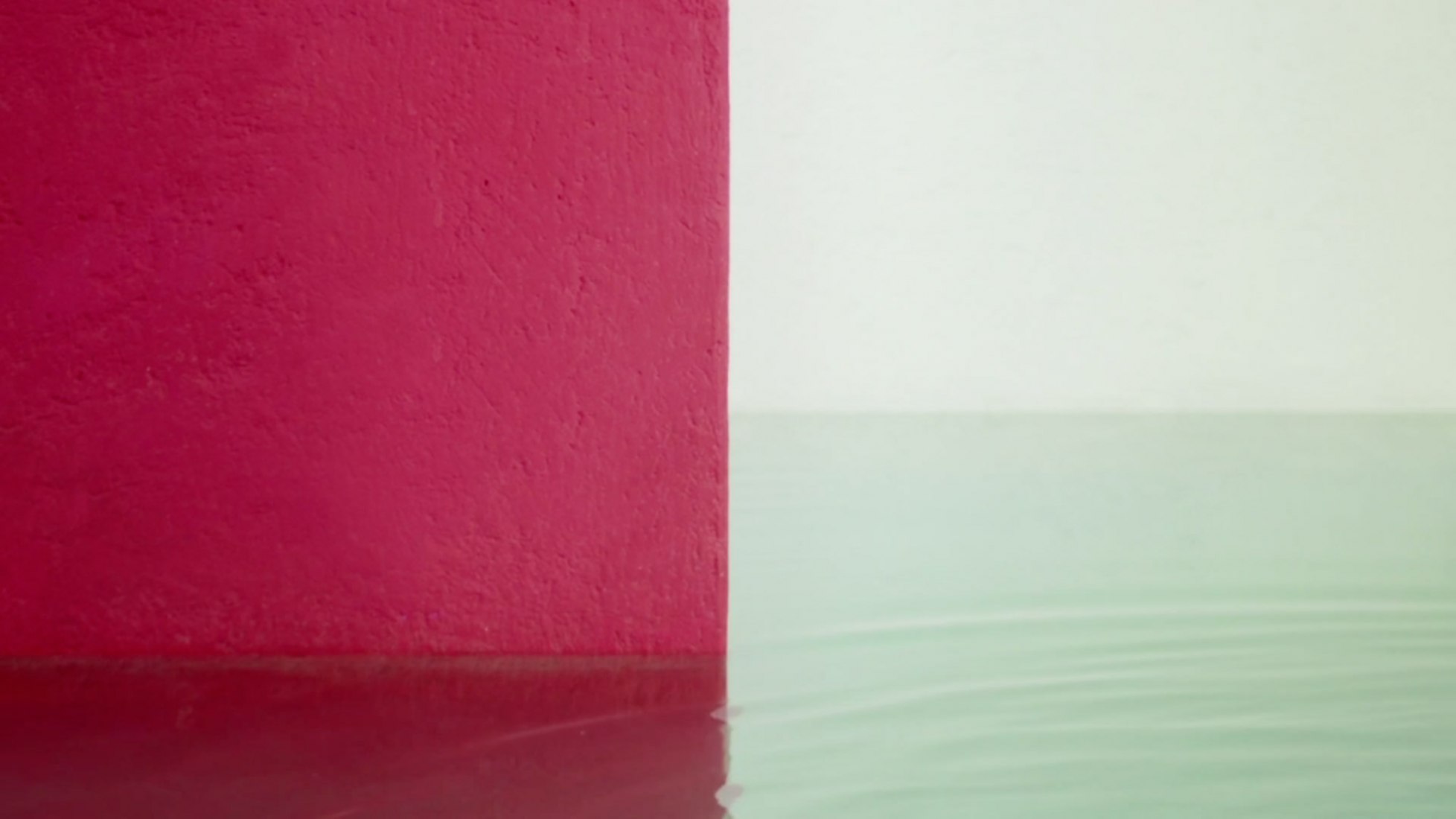 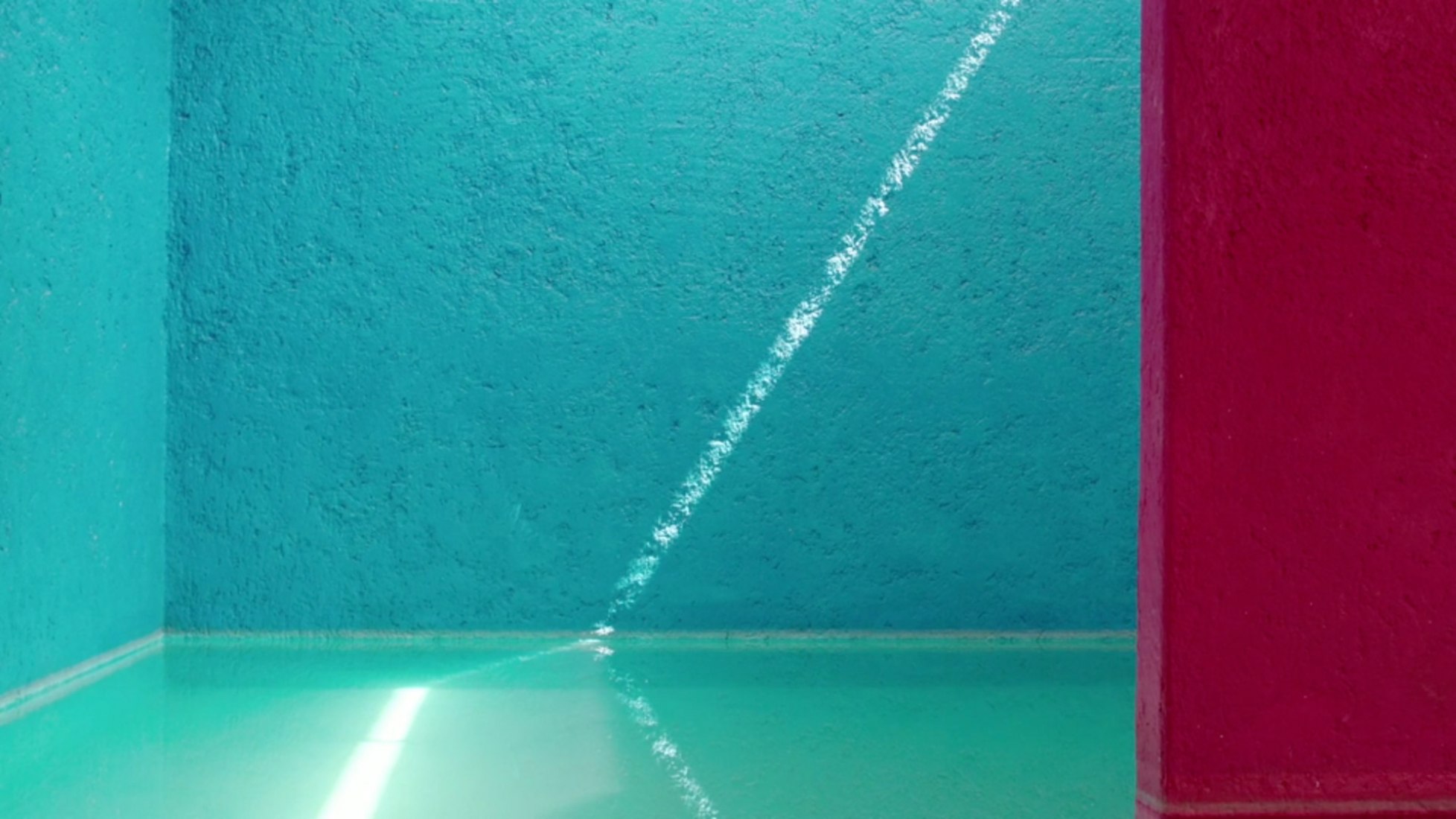 Casa Gilardi is the last house built entirely by legendary Mexican architect Luis Barragán. Now the home of Martin Luque and his family, the house was constructed after Barragán had formally retired. Martin Luque and his advertising agency partner Pancho Gilardi approached Barragán, who originally didn't want to take on the project, until he found himself inspired by the astonishing jacaranda tree around which the house is built.

The building, situated in Mexico City, is a classic example of the influential architect's work—from the combination of the Mexican vernacular with European high modernism to his vivid, inspired use of primary colour—and is as much an abstract expressionist mood piece as it is a much-loved residence. 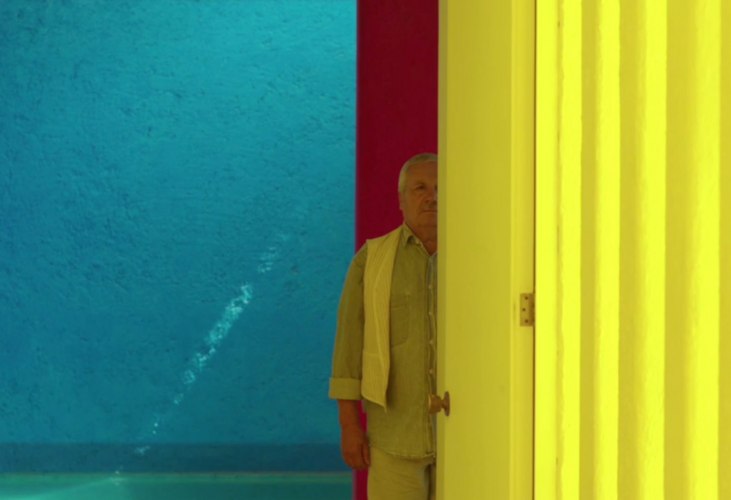 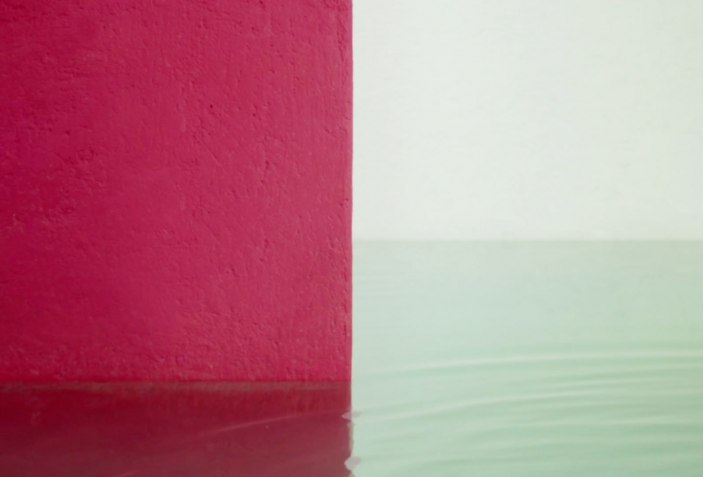 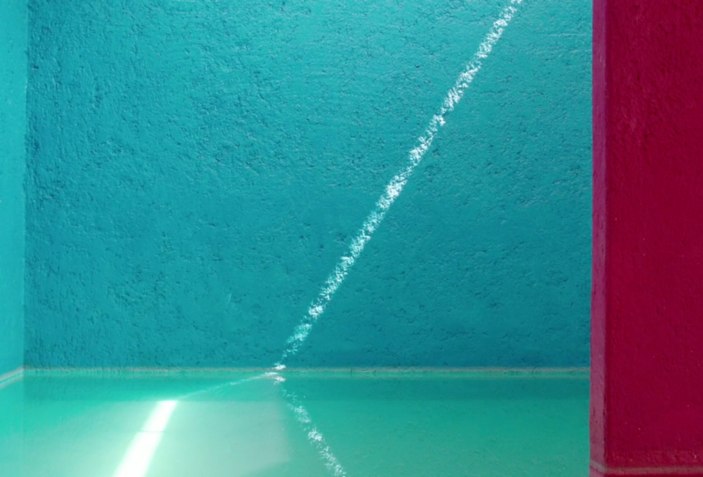 Luis Barragán (Guadalajara, Jalisco, Mexico, March 9, 1902 - Mexico City, November 22, 1988) was born in a family of ranchers of Jalisco. Son of Juan José Barragán and Ángela Morfín. He spent his childhood next to his father in the Santa Monica neighborhood of Guadalajara, his hometown. He had six brothers, three women and three men. He used to spend his vacations and prolonged stays in the hacienda of Corrales, located in the vicinity of La Manzanilla de la Paz, Jalisco. The children's experience of these stays in the countryside would leave a deep mark that would be reflected in their subsequent work.

Between 1919 and 1923, Luis Barragán studied civil engineering at the Escuela Libre de Ingeniería de Guadalajara following the optional courses to simultaneously obtain the degree of architect under the tutelage of Agustín Basave, whom Barragan himself recognized provoked his interest in Architecture. During that period he met Rafael Urzúa Arias and Pedro Castellanos.

He traveled extensively in France and Spain. When he arrived in Paris, he saw the Exhibition of Decorative Arts of 1925. He got to know the work of gardens by Ferdinand Bac, who in that year had published a book entitled "Jardins enchantés", and then a personal relationship between them began. His journey through Europe was completed later with his trip to Morocco, where he aroused interest in the architecture of North Africa. His travels in the south, especially in the Mediterranean cities, allowed him to get to know the gardening, the expressive use of water and to pay special attention to the Alhambra in Granada). In 1931, he lived in Paris for a time where he met Le Corbusier, attending his lectures and having the opportunity to know his work.

Between 1927 and 1936 he practiced in Guadalajara, where he was associated with a movement known as the Escuela Tapatía or Guadalajara School, which espoused a theory of architecture dedicated to the vigorous adherence to regional traditions. There he remodeled and designed houses, with a style in which he mixed the influences of Mediterranean architecture like the local ones. His first work was the remodeling of the house of Emiliano Robles León, lawyer, whose house was located in the heart of the city of Guadalajara. In this reform, he highlighted the work of the wood in rails and doors, designed by Barragan himself, as well as the central courtyard, equipped with a fountain. Robles León would later commission the project of several rental houses, as well as the one of his house in Chapala.

In 1931 he traveled to New York where he met Frederick Kiesler and published, for the first time and abroad, his work in Architectural Review and House and Gardens. Later he moved to Mexico City where he remained until his death. His first projects in the capital were residential, of functionalist inspiration and with a purely commercial character, in his stage known as rationalist. His interest in gardens and landscape architecture and his desire not to depend financially on his clients led him to act as a real estate developer. In 1945 he designed and created the urbanization plan for Pedregal de San Ángel, together with other architects, including Max Ludwig Cetto Day whose house was the first one built in the area. In 1940 he acquired some land in Tacubaya where he built a first house (later known as Casa Ortega), and subsequently his own residence annexed to a workshop in 1947, which would later be included by UNESCO in 2004, on the list of World Heritage in the year 2004.

Between 1955 and 1960 he restored the Convent of the Capuchinas Sacramentarias in Tlalpan, in 1957 he made the urban sculpture project of the Torres de Satélite in collaboration with the sculptor Mathias Goeritz and the painter Jesús Reyes Ferreira, later in 1976 he built Casa Gilardi. His speech on vernacular architecture was recognized when in 1976, on the occasion of the exhibition at the Museum of Modern Art in New York entitled "The Architecture of Luis Barragán", his work was definitively internationalized. He was a member of the SAM and the AIA, and as a result of the exhibition of the MoMA that same year he would receive the national prize of architecture. In 1980 he received the second Pritzker Prize. He died on November 22, 1988, suffering from Parkinson's disease.

Barragán called himself a landscape architect and has had a profound influence not only on three generations of Mexican architects, but many more throughout the world. In his acceptance of the Pritzker Architecture Prize, he called it "alarming" that publications devoted to architecture seemed to have banished the words, "Beauty, Inspiration, Magic, Spellbound, Enchantment, as well as the concepts of Serenity, Silence, Intimacy and Amazement." He apologized for perhaps not having done these concepts complete justice, but said "they have never ceased to be my guiding lights." As he closed his remarks, he spoke of the art of seeing. “It is essential to an architect to know how to see—to see in such a way that vision is not overpowered by rational analysis." 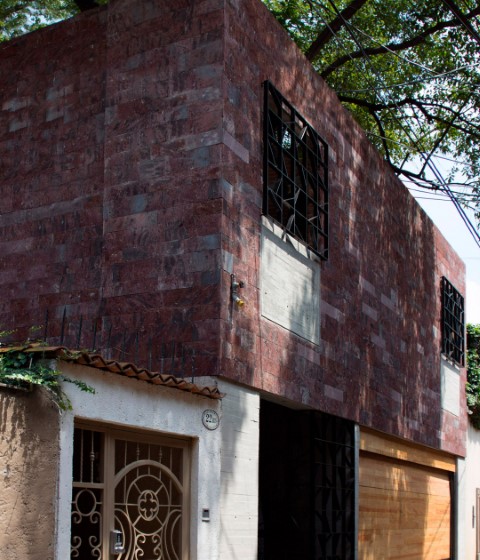 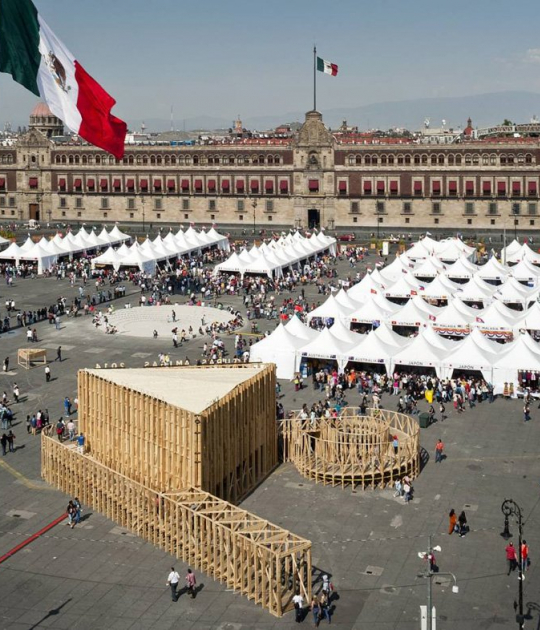 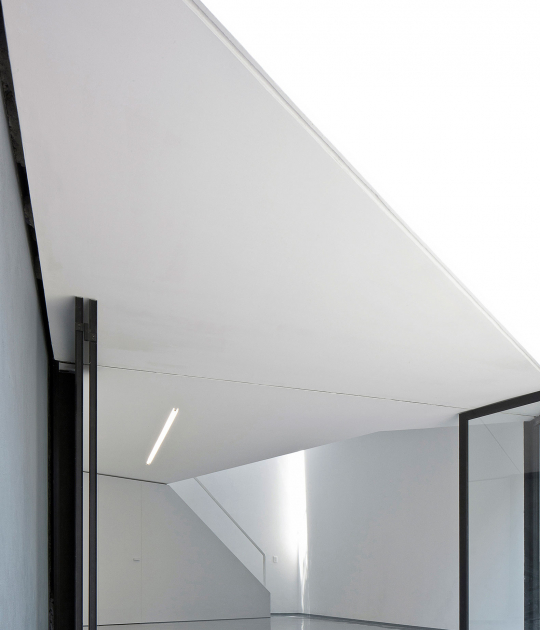 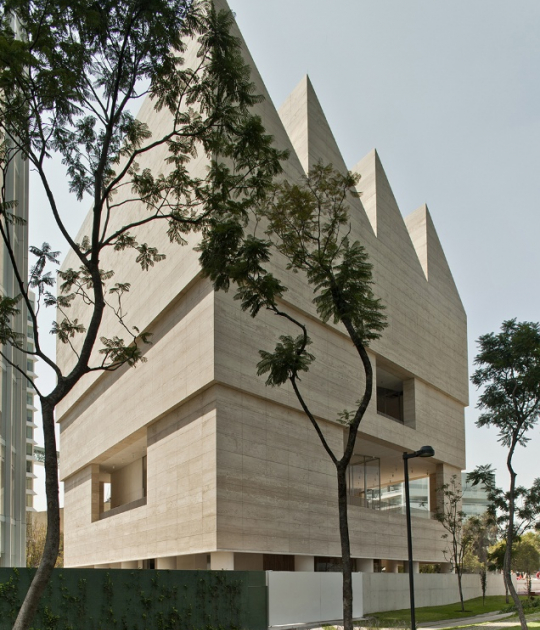 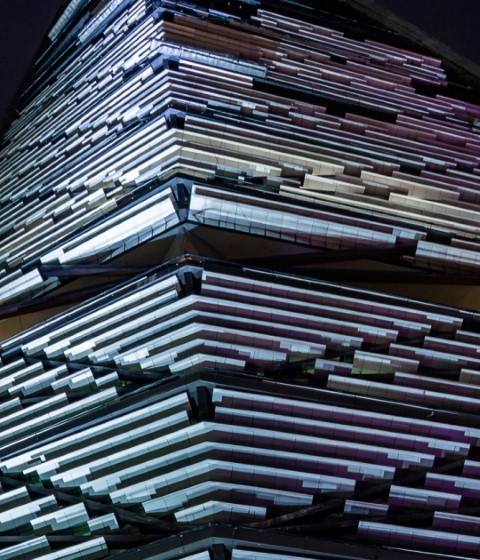 Torre Reforma by LBR A Architects. The tallest skyscraper in Mexico is completed.