Directed by Jason Wishnow, former director of TED, the trailer for "The Sand Storm" shows a not very long movie, in fact, a short 10 minutes, has as starring the dissident artist Ai Weiwei and was shot in China in conditions of secrecy by government pressure. 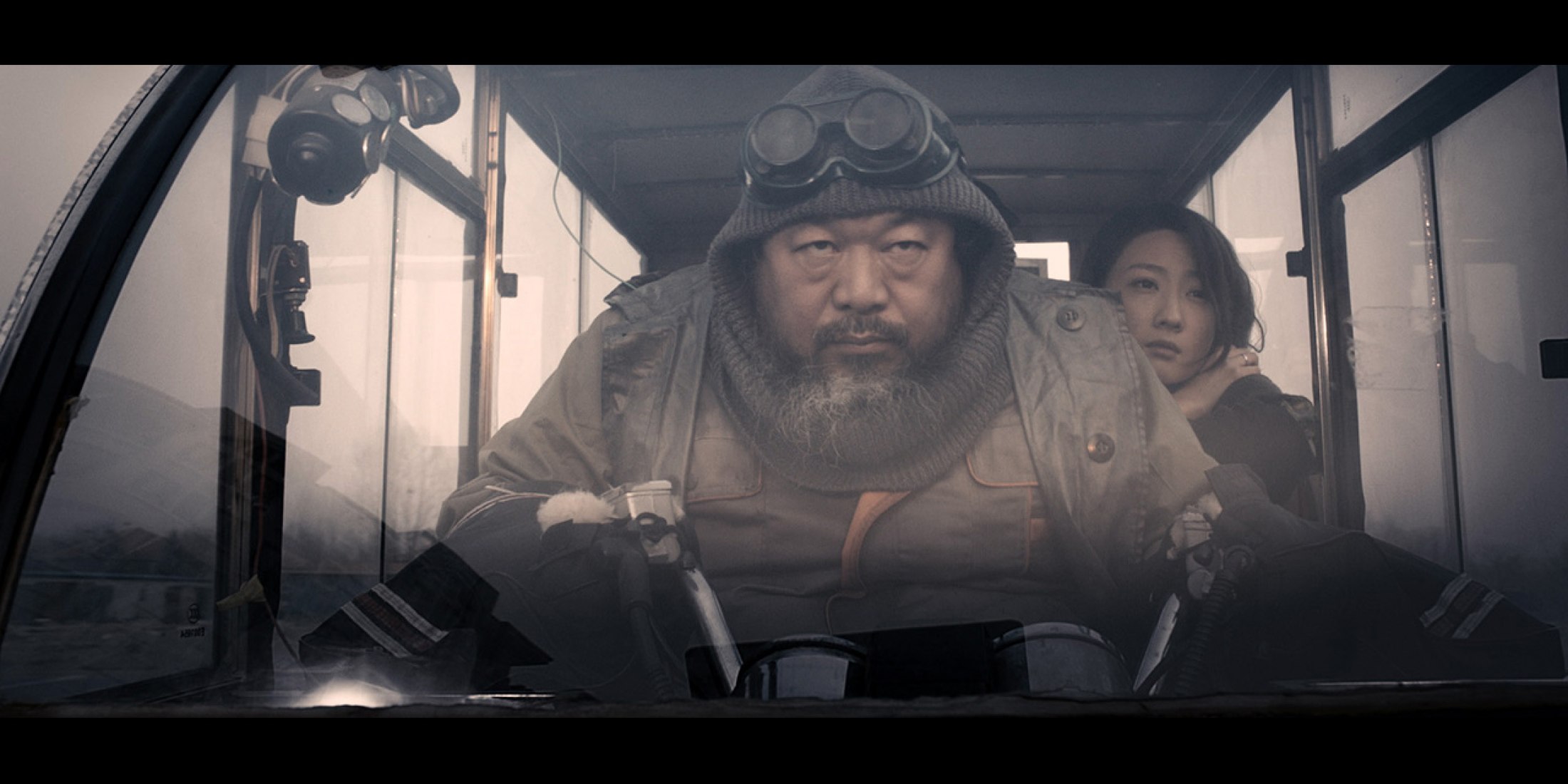 Ai Weiwei at "The Sand Storm", by Jason Wishnow. 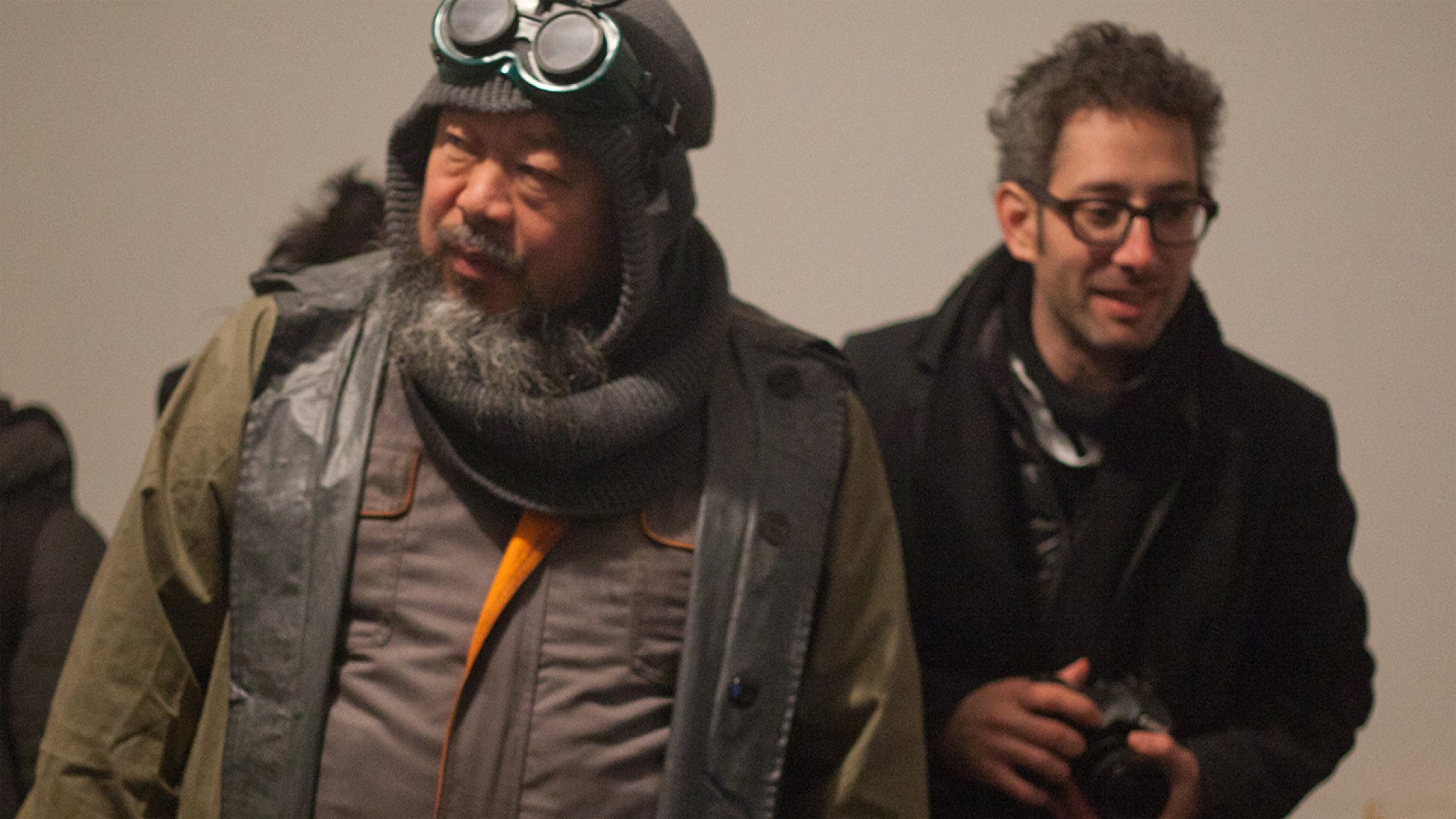 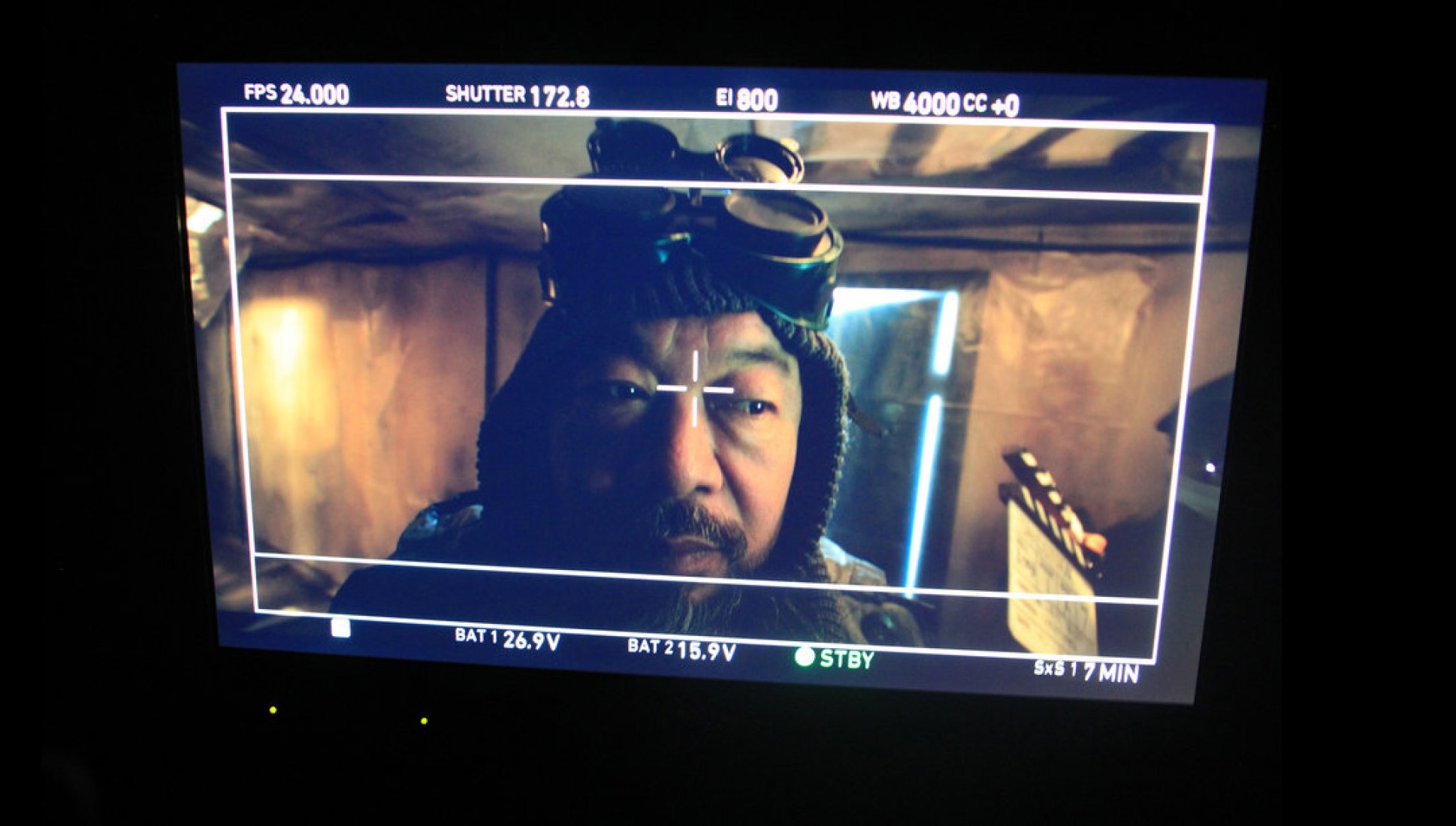 'The Sand Storm' ( January 26, 2013 ). Ai Weiwei "walks a razor's edge between being very serious and very playful, in real life as well as in this movie," says writer-director Jason Wishnow. 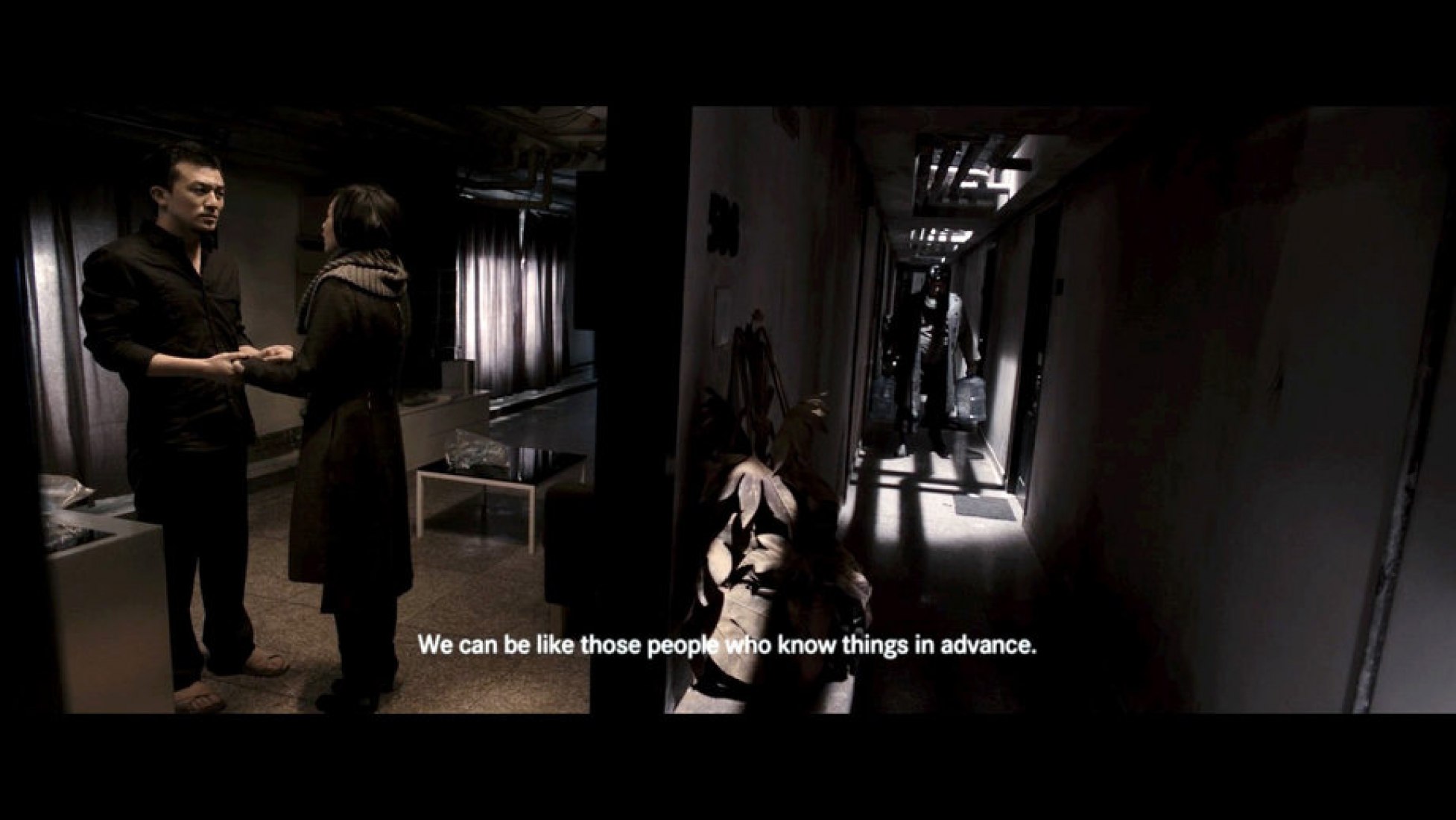 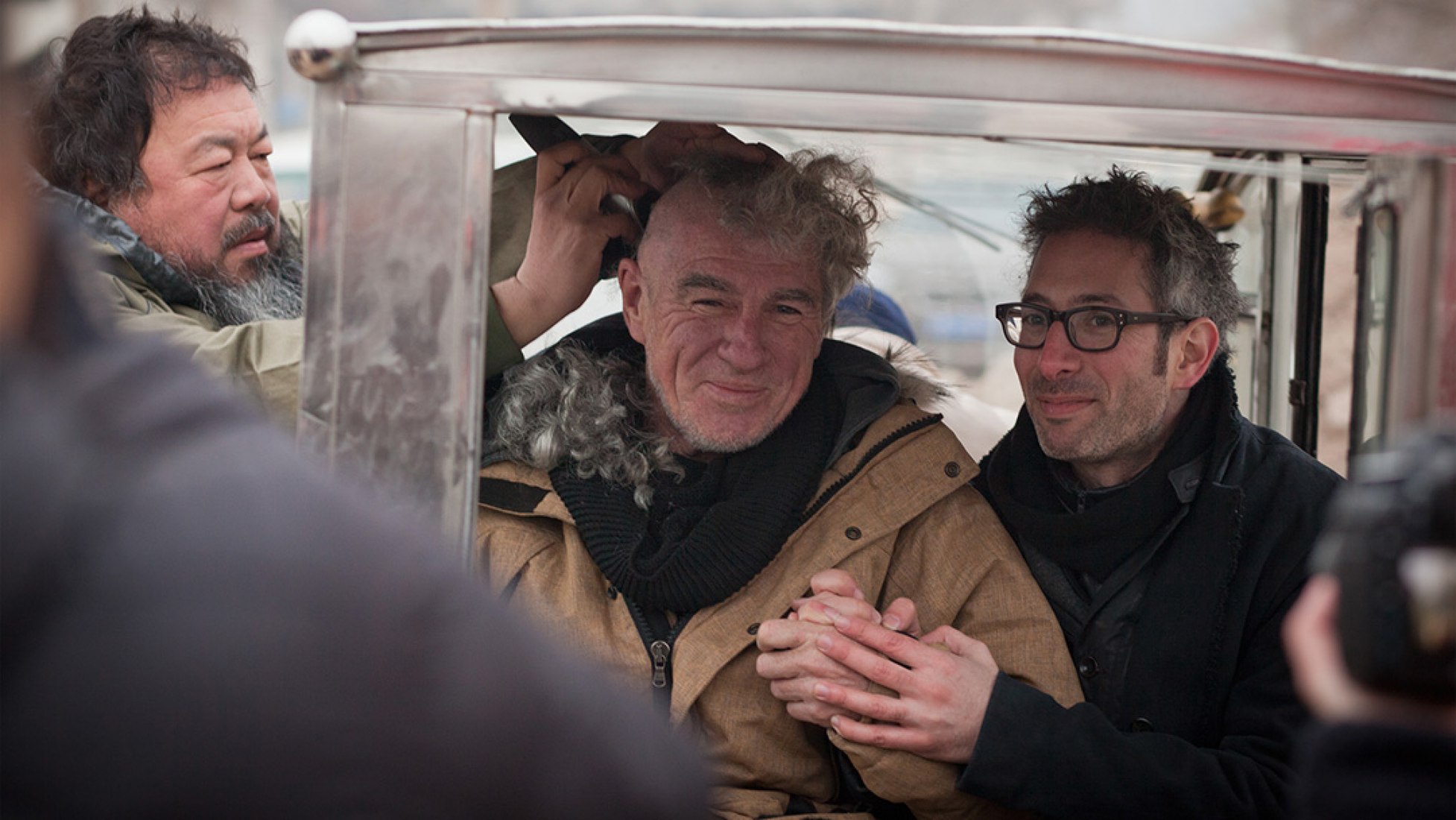 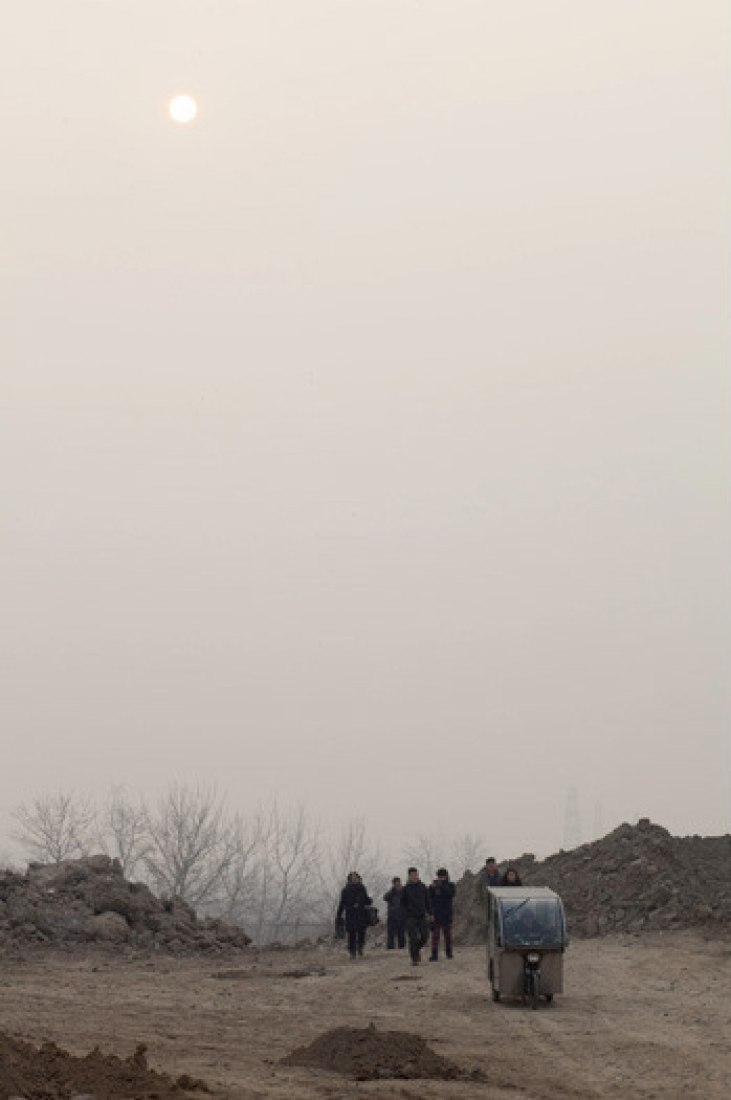 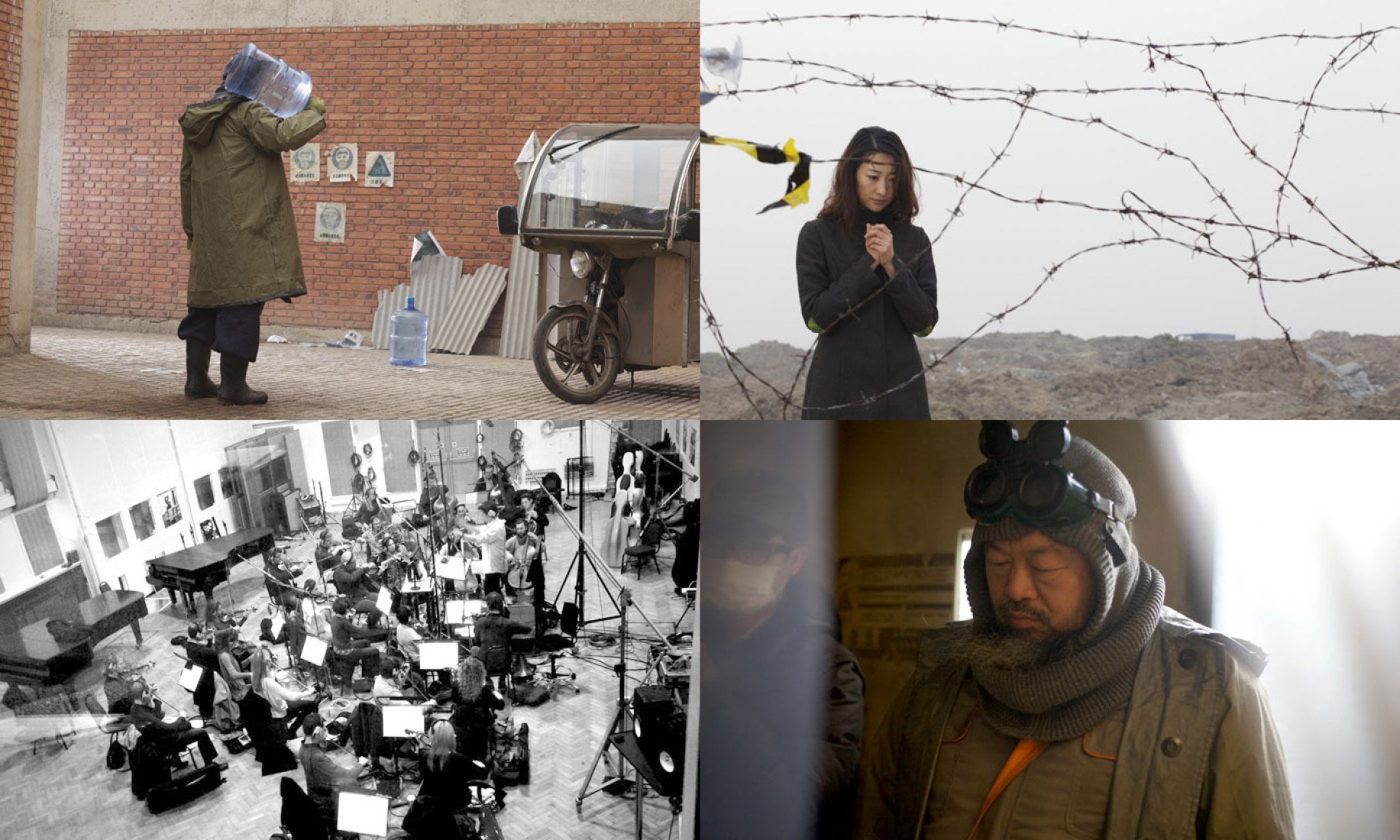 Jason Wishnow, fresh off a stint as TED’s director of film and video, the Lower East Side filmmaker is set to complete his most daunting production yet: a 10-minute short in which Chinese artist-activist Ai Weiwei will make his acting debut.

The Sand Storm (沙尘暴) is described as a dystopian science fiction film set in the not-too-distant Chinese future. The Kickstarter campaign describes the project as "a low-fi sci-fi short, made in China under the radar and it has starring the dissident artist Ai Weiwei in his acting debut (playing a smuggler in a world without water); shot by Christopher Doyle ("In the Mood for Love," "Chungking Express," "Hero," "Infernal Affairs"); written and directed by Jason Wishnow.

"When the air is toxic and your lead actor is under surveillance, you make a short film and you shoot it fast."

On the campaign page, Jason Wishnow explains how he met Ai after a secret TED Talk was smuggled out of China and delivered to his desk.

“We were very discreet,” Wishnow explains. During the two weeks of filming Beijing was cloaked in record levels of smog and this helped in a perverse way, he added. It was like robbing a bank in the safety of a blizzard. “You couldn’t see across the street.” Set in a dystopian future world without water, the sci-fi thriller revolves around Ai's character, a “water smuggler” who runs the precious substance through the black market. The moody cinematography is by Christopher Doyle, a Cannes winner who works extensively in Asia. The script, Wishnow says, was written with an eye to eventually extend the short into a feature length film.

In a video (below) on the Kickstarter, Ai talks about his interest in what the plot has to say about “information.”

Ai Weiwei has been under constant surveillance by the Chinese authorities since at least 2009. He is by far China's most internationally well known artist; his work has been featured in solo shows at museums around the world. But despite being the son of one of China's most celebrated revolutionary poets, he fell afoul of state authorities after publicly criticizing their handling of the devastating 2008 Sichuan earthquake and other incidents. In 2011, the police kept him in captivity for 81 days, then placed him under house arrest and seized his passport. He's now known to be working to get his passport back, so that he can again travel abroad.

Christopher Doyle. 杜可風. The story would be dark, but the movie could only look beautiful. The one cinematographer I wanted was the first I ever knew by name, a frequent collaborator with Wong Kar-wai and Gus Van Sant, a man whose eye shaped the aesthetic of Asian cinema. We had never met. Though a contemporary of Ai Weiwei’s, they had never met either. Soon, both had copies of my script … translated into Mandarin (北京话). 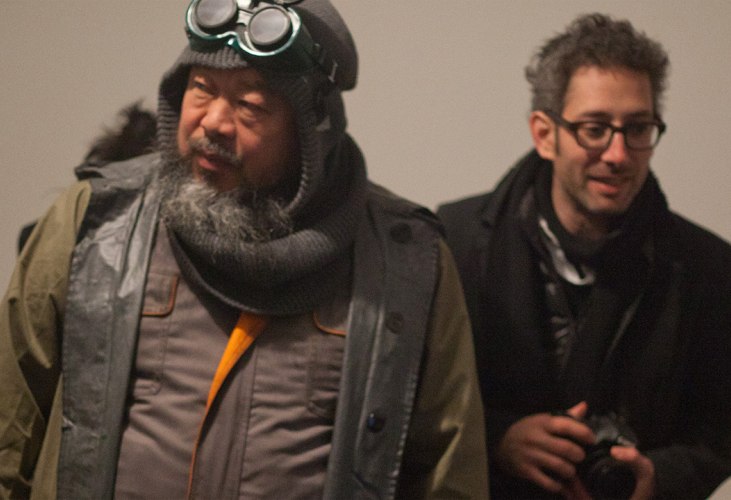 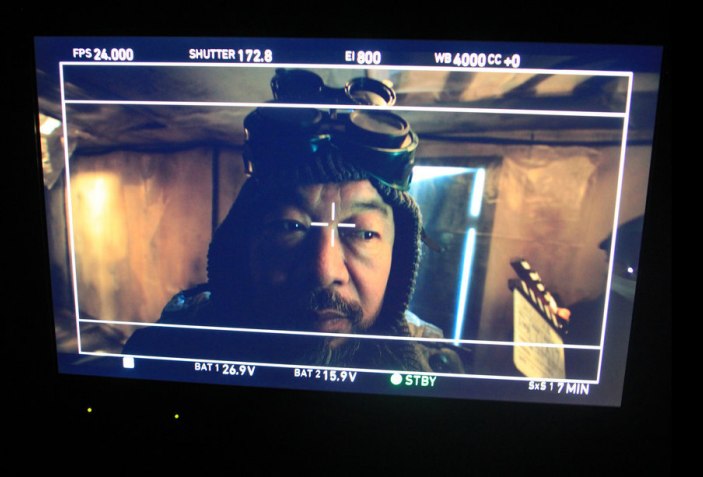 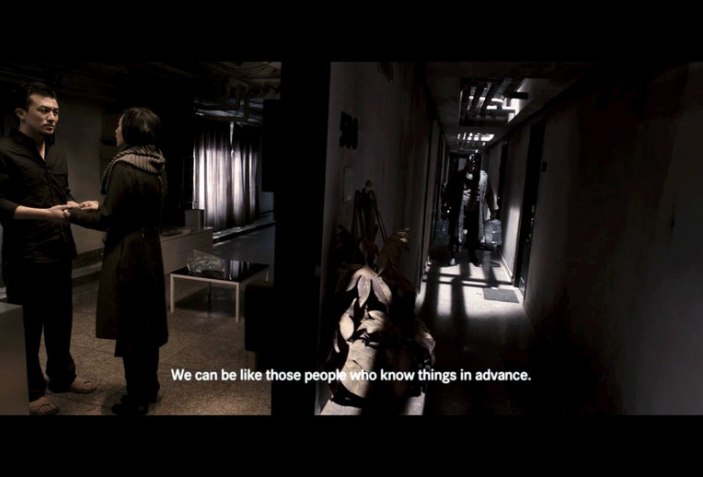 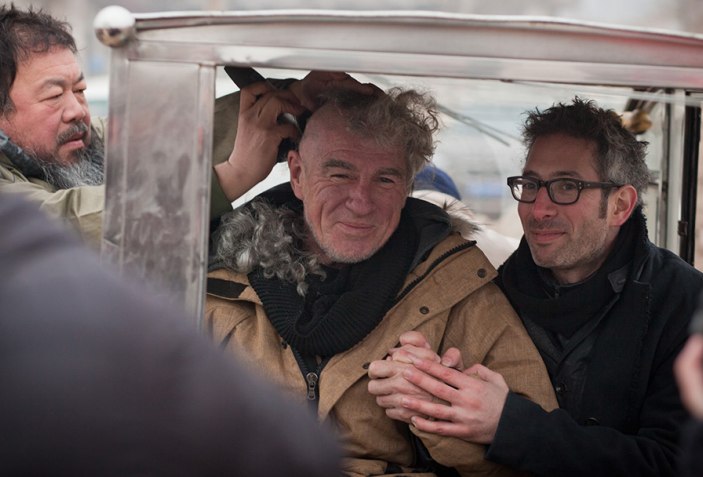 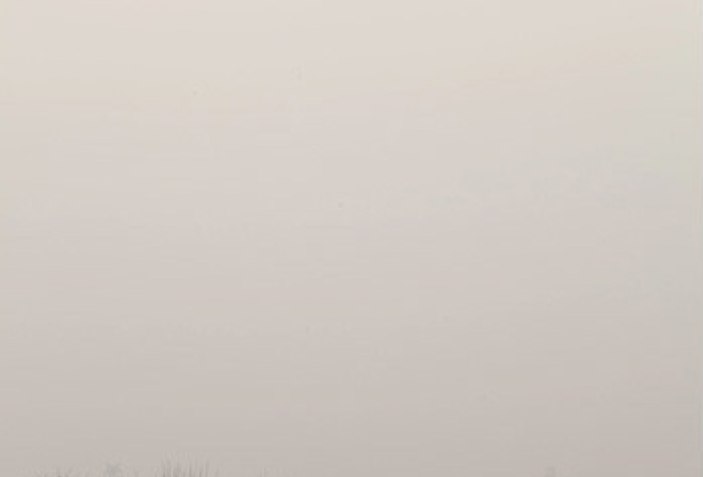 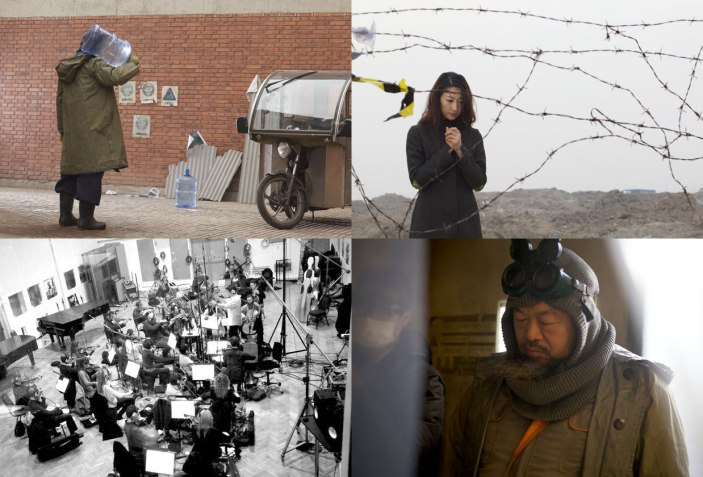 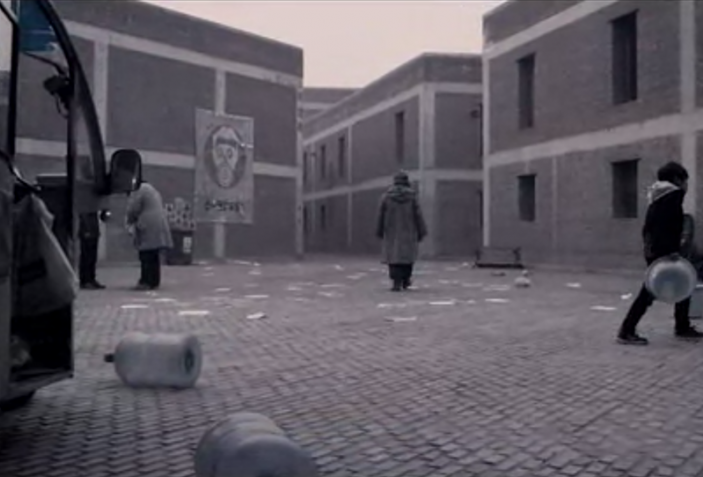 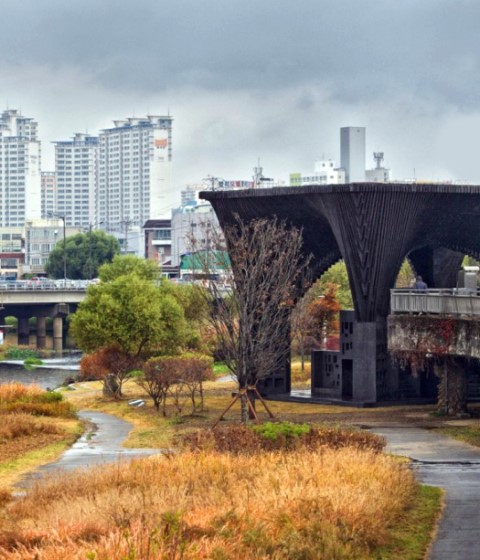 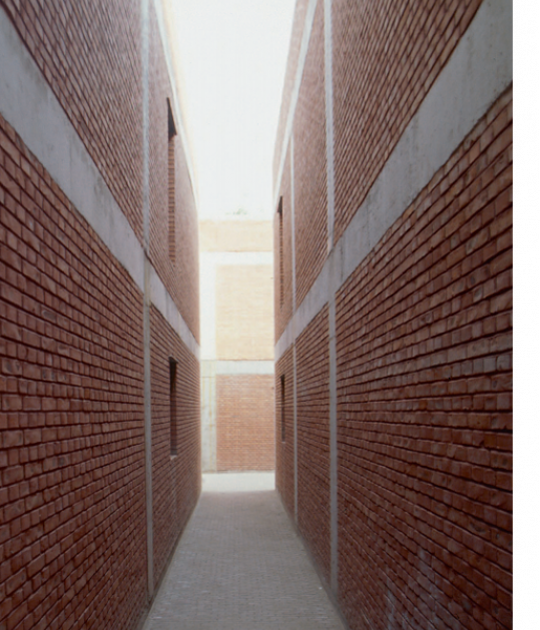 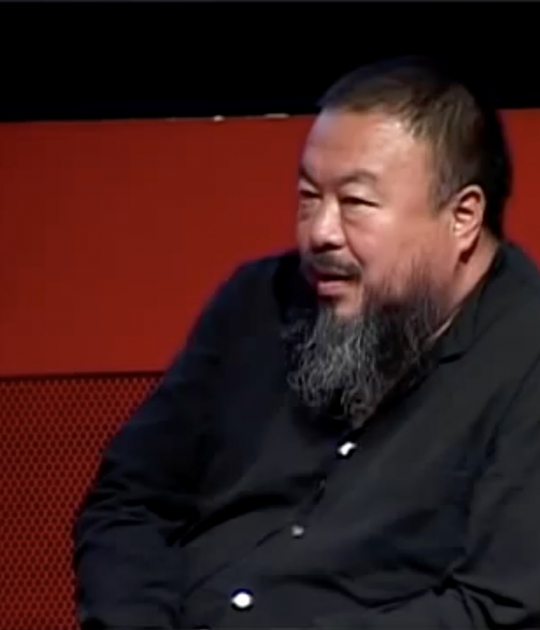 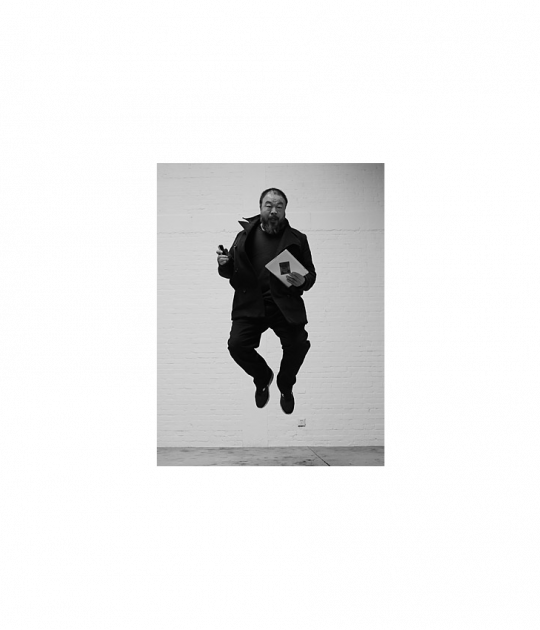 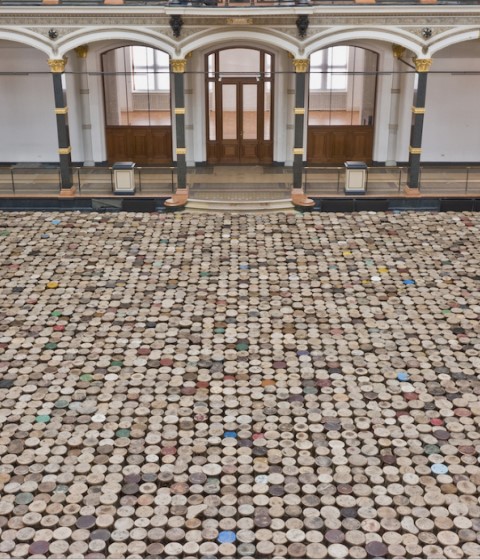