Foros ESARQ is a series of talks in which a prestigious architect presents his or her body of work fortnightly. In each series, the selection of architects is connected to the theme of that particular series, on this specific occasion it is Transformations. 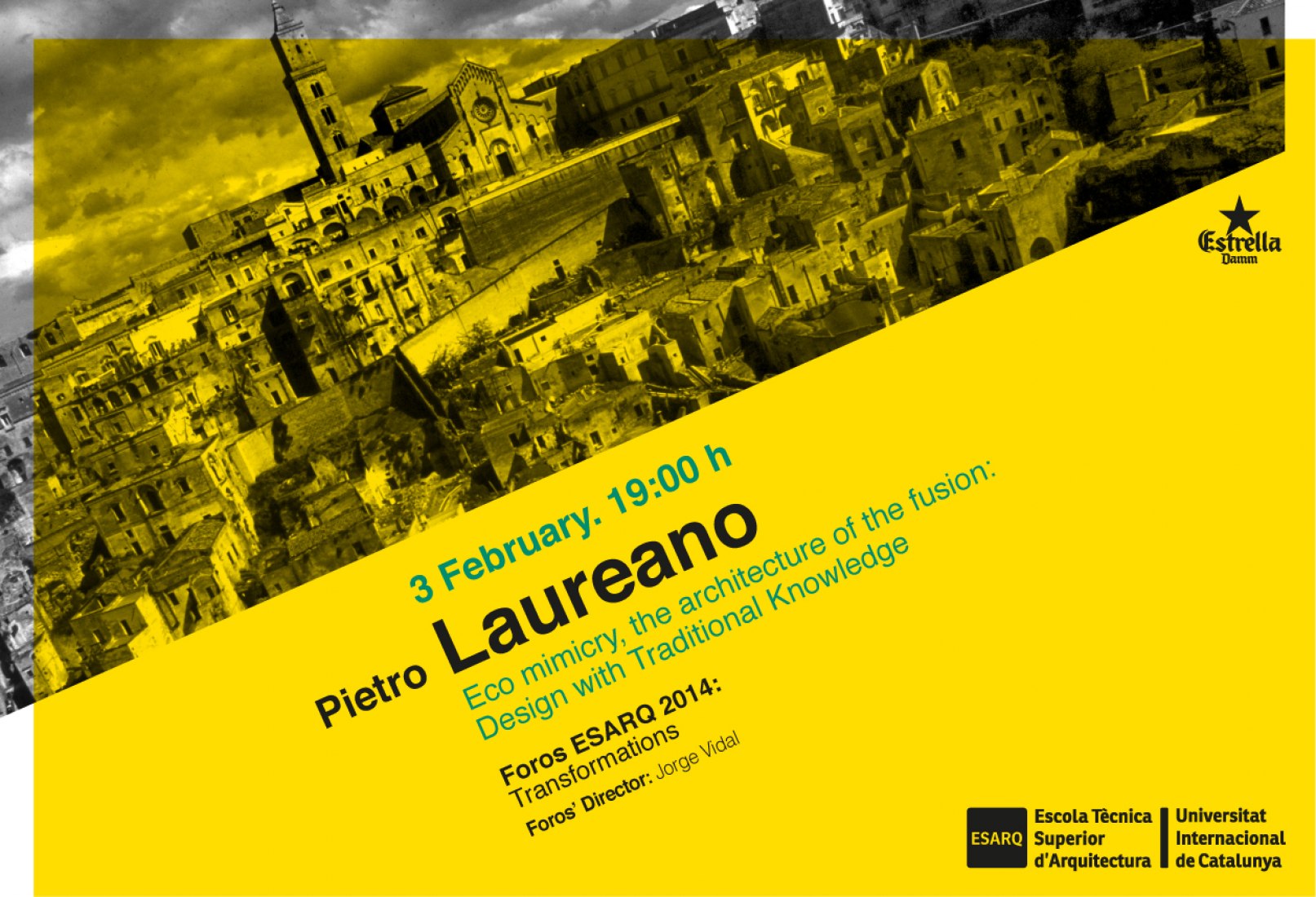 "When we talk about Transformations, we talk about the starting point, the beginning of the road back to what each person considers to be essential. The origin of these sessions aims to pin down our intentions to what is strictly necessary. It looks at the source of concepts and emotions that we know and feel." says Jorge Vidal, Director Foros ESARQ 2014. "The literal meaning of the word transform is to “change from one form to another”. Architects create form, and the processes through which changes, adjustments, variations, developments and transgressions take place. Taking into account all these aspects together with their degree of importance, their involvement in the territory, the landscape, the city, housing, what already exists and so forth. This reflection has become an important effort to undertake in our times, because of the general over-saturation o f everything around us."

An oasis can be restored by the human hand or retrieve ancient techniques of water harvesting systems, the Italian architect Pietro Laureano invites us into a sustainable architecture that is allied with the landscape even when it seems the most hostile.

Pietro Laureano, an architect and urban planner, is a UNESCO consultant for arid regions, water management, Islamic civilization and endangered ecosystems. He lived eight years in the Sahara, engaged in the study and restoration of oases in Algeria. In numerous essays and books published since the late 1980s, he has demonstrated that oases are the result of human ingenuity, and that they represent a heritage of technical knowledge to combat aridity and a model of sustainable management for the entire planet.

He has coordinated and managed projects based on the recovery of the ancient techniques of water harvesting systems with various international organizations throughout the Mediterranean, and in Yemen, Mauritania and Ethiopia. In particular, he has rebuilt the water systems of Petra, in Jordan, contributing to the UNESCO plan for ‘Greater Petra’, and restored canals and drainage systems in the monolithic town of Lalibela, Ethiopia, as team leader of the UNESCO and World Monument Fund (WMF) projects.

He is founder and coordinator of Ipogea, Centre for Studies on Traditional Knowledge, a non-profit organization based in Florence and Matera that carries out projects to preserve landscape through the use of ancient systems such as dry stone terraces, water harvesting cisterns and catchment tunnels. 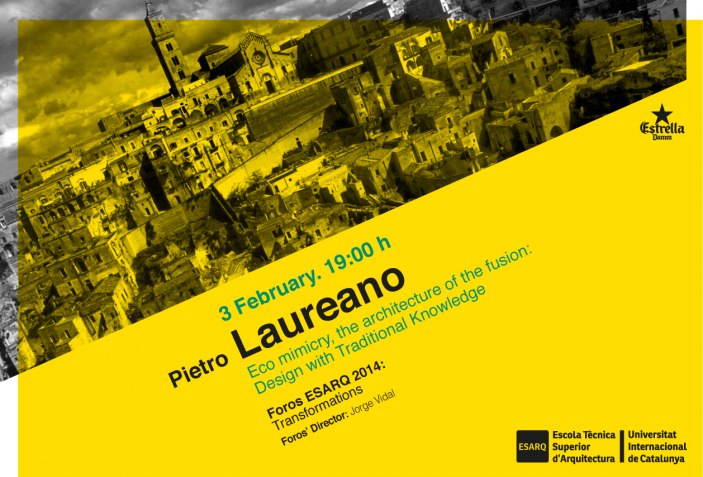