es
Following her series Domestic Vacations (2008), now Julie Blackmon with her series Homegrown (2009 - 2014) continues exploring her interest with both the harmony and disarray of everyday life. These are examined against the backdrop of American culture and the impact of consumerism. 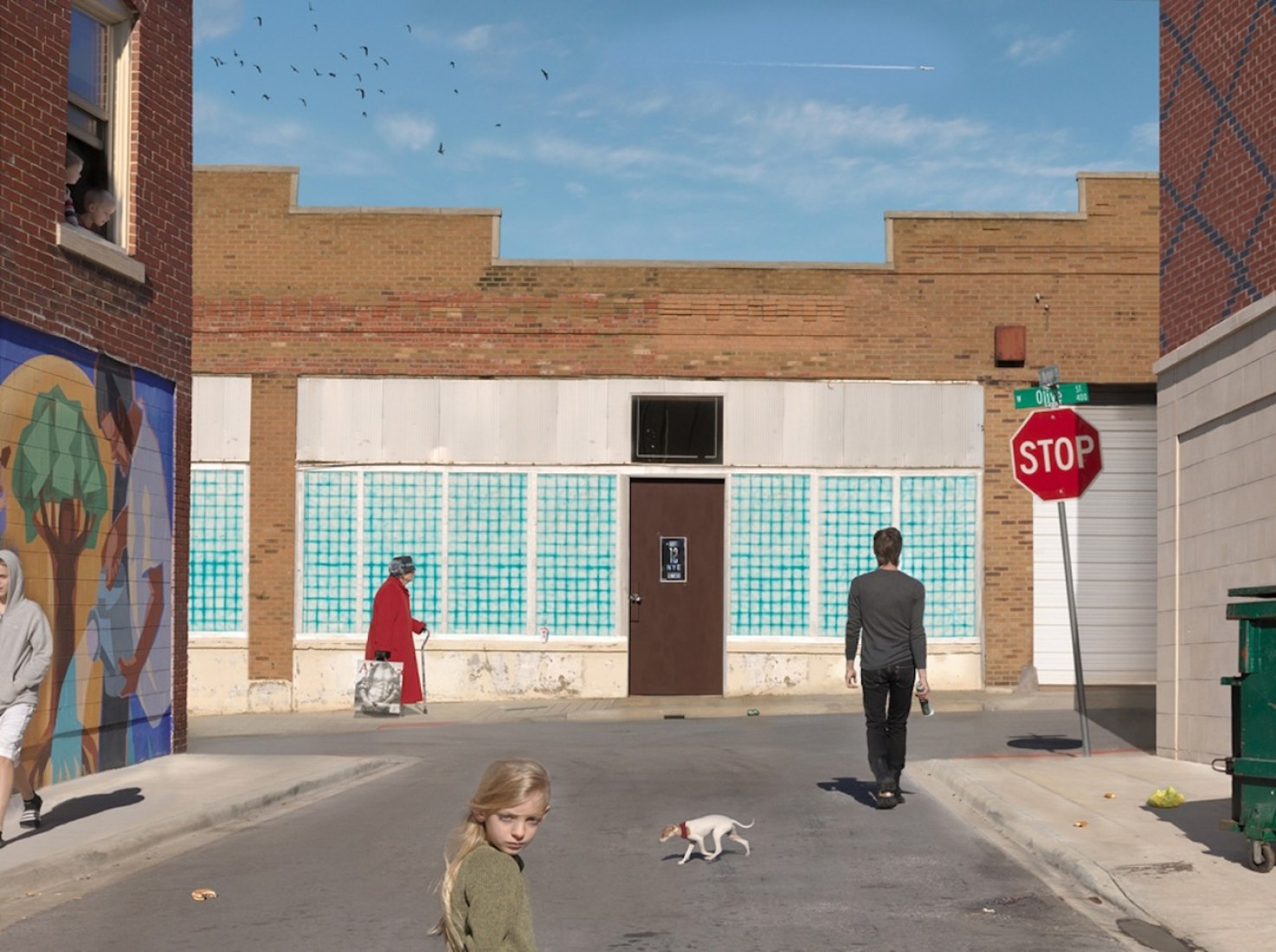 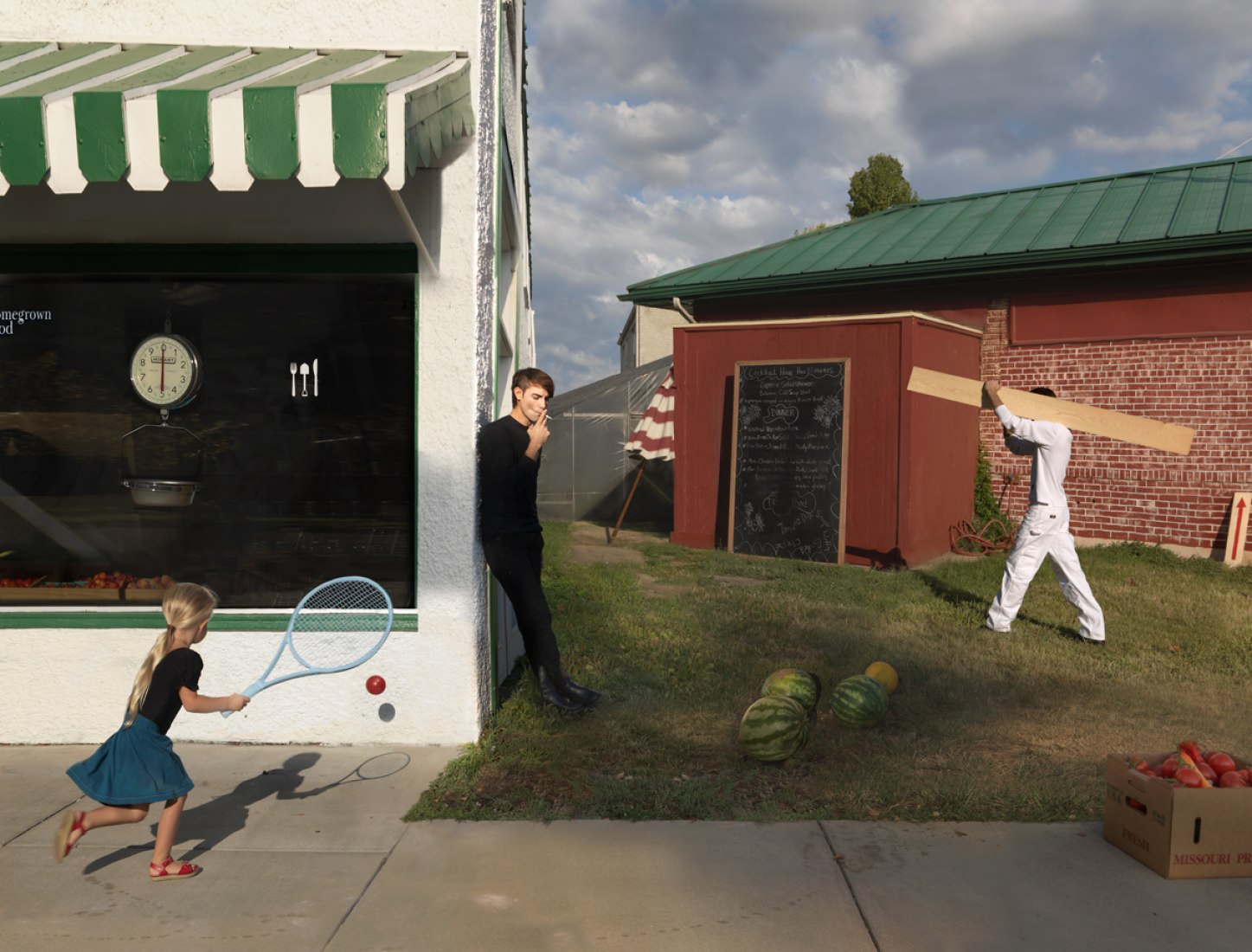 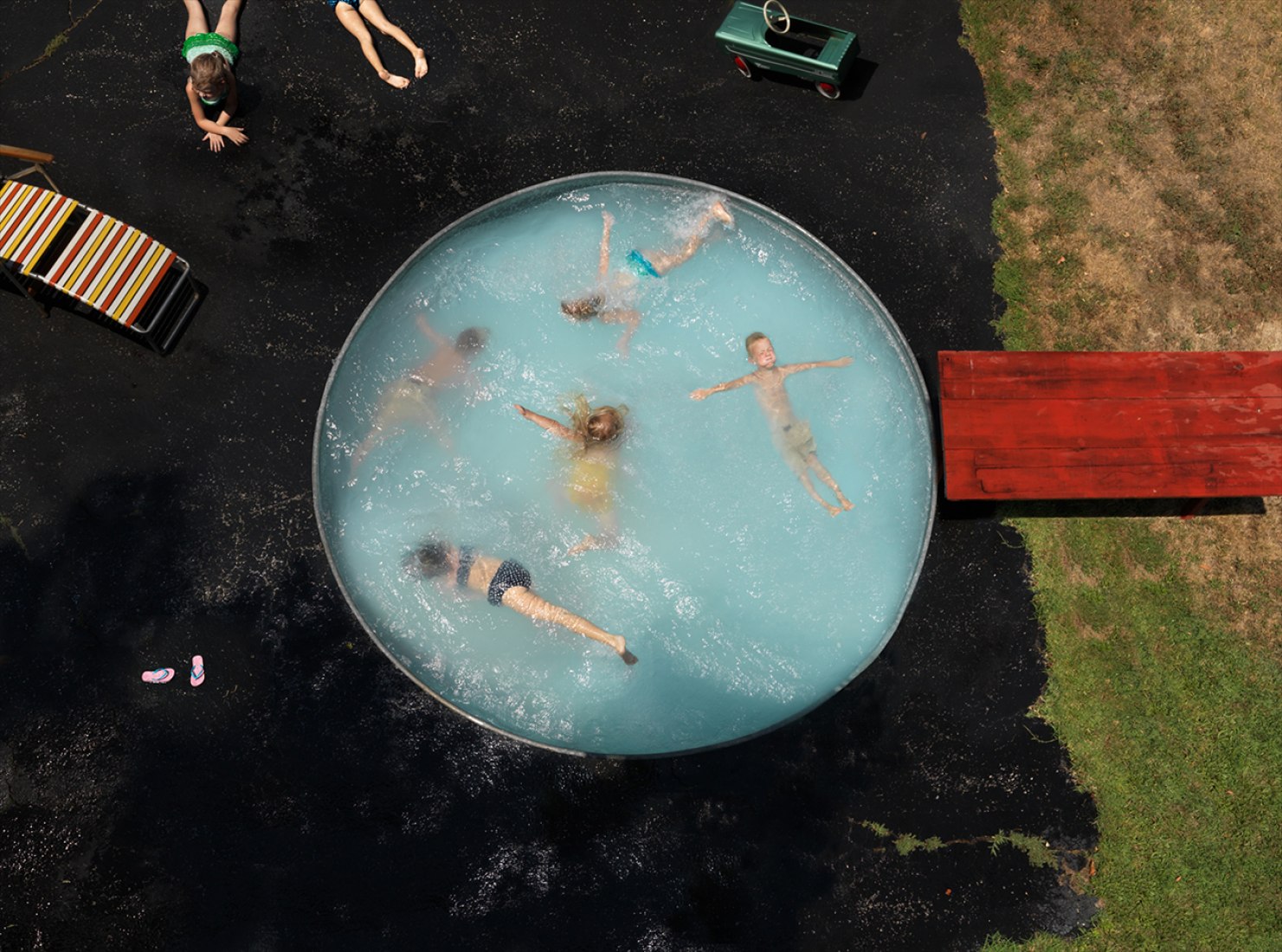 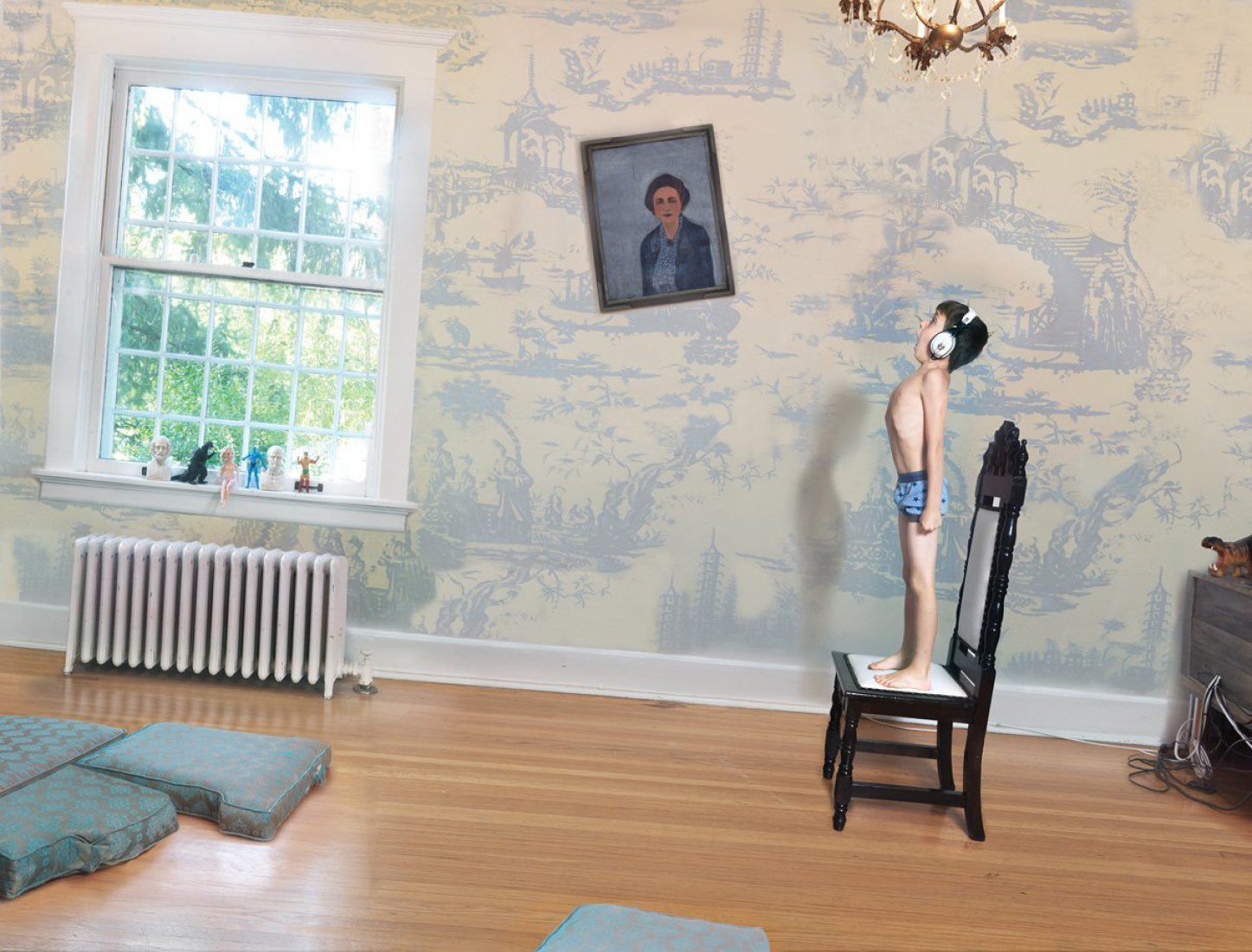 Julie Blackmon, Take Off, 2009. Image courtesy of The Photographers' Gallery. Click above to see larger image. 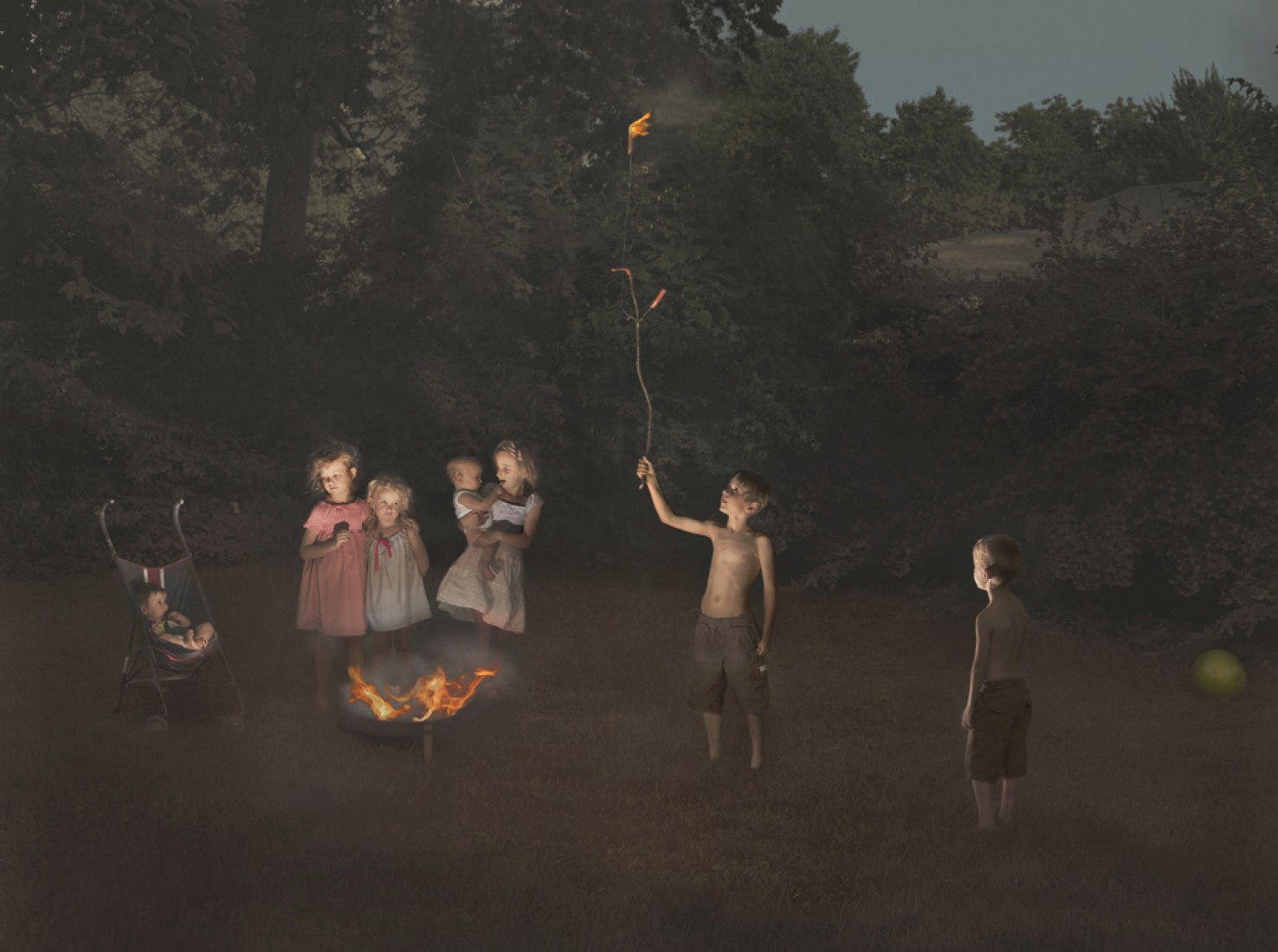 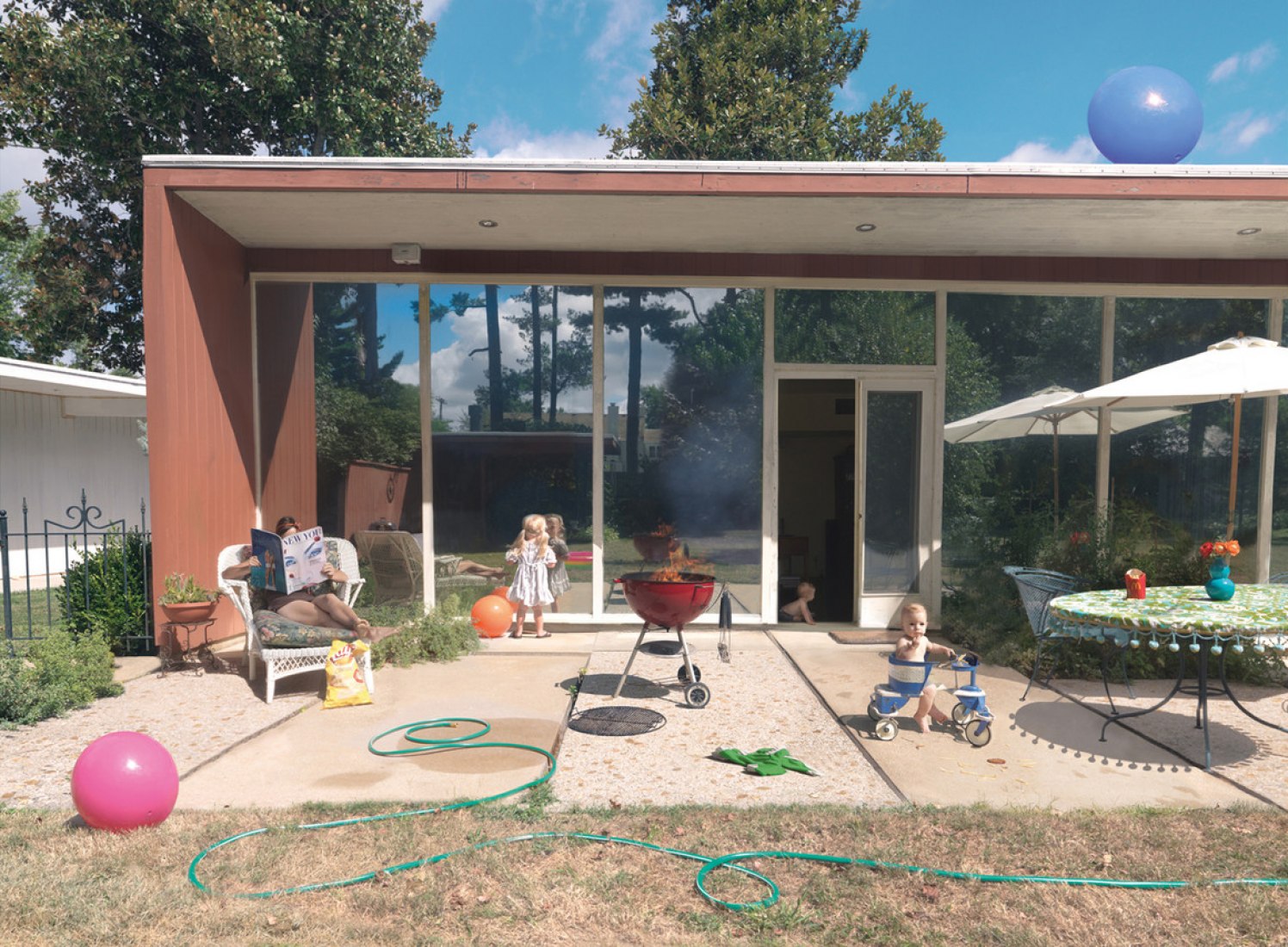 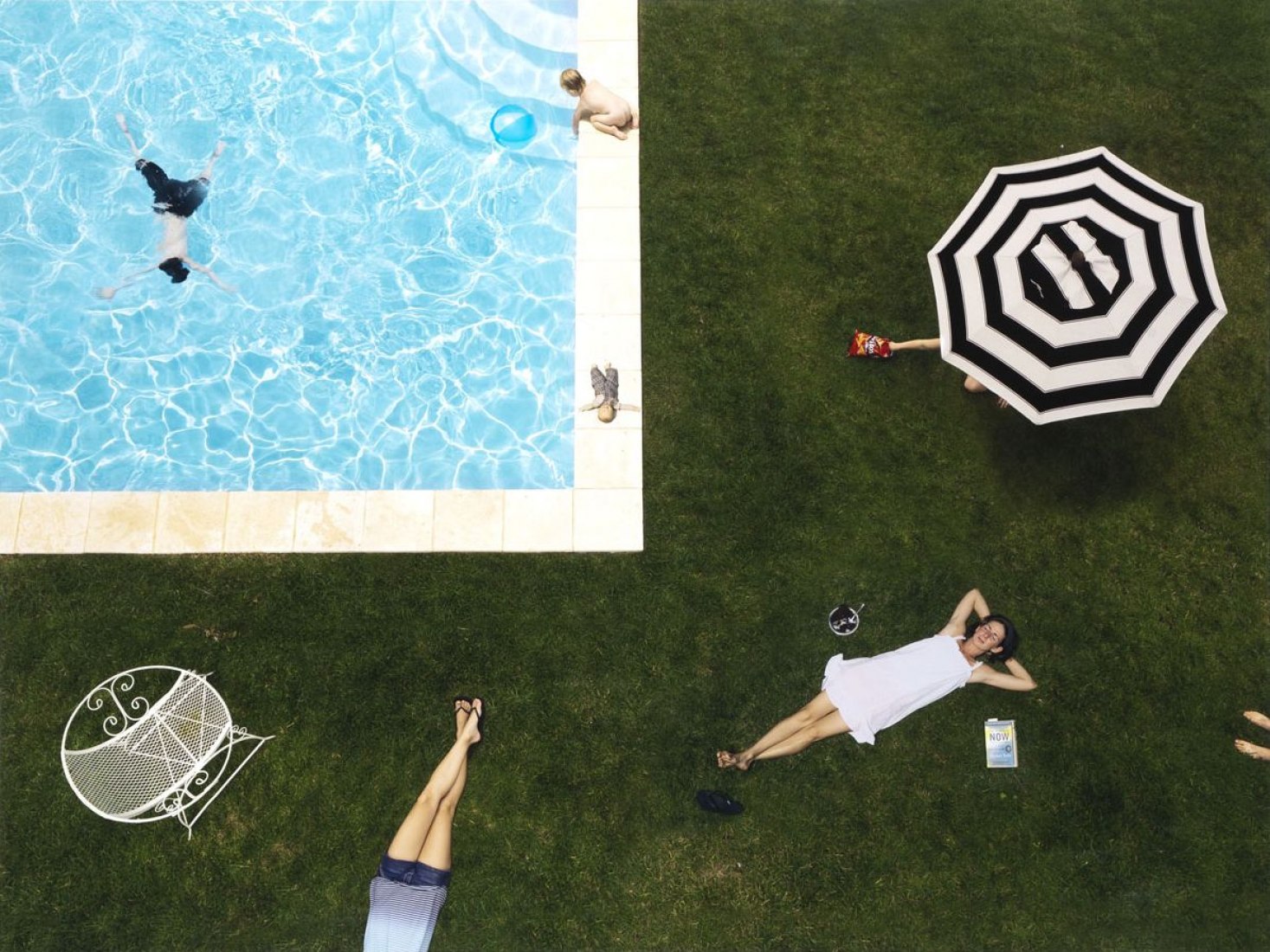 Julie Blackmon, The Power of Now, 2008. Image courtesy of The Photographers' Gallery. Click above to see larger image. 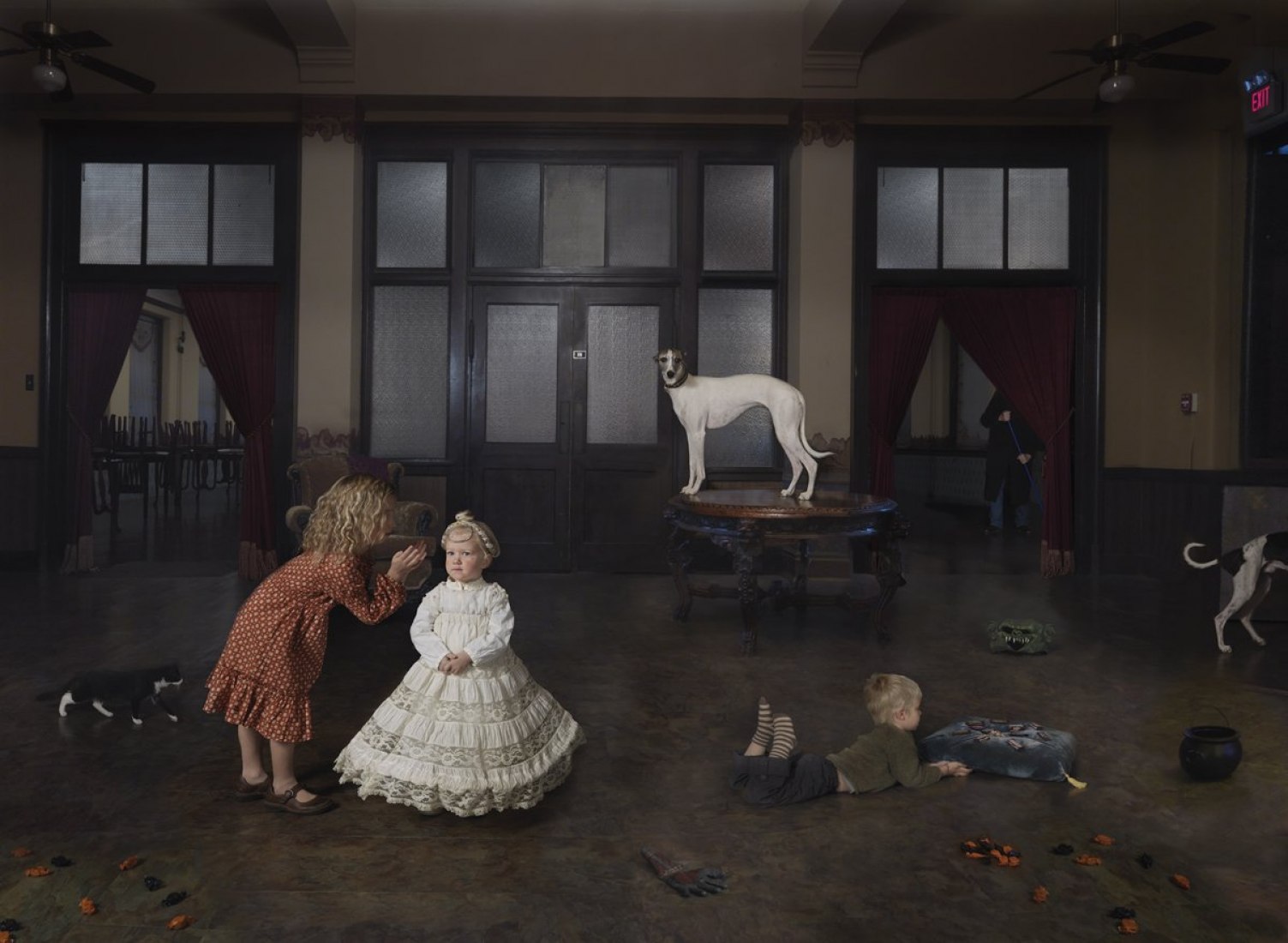 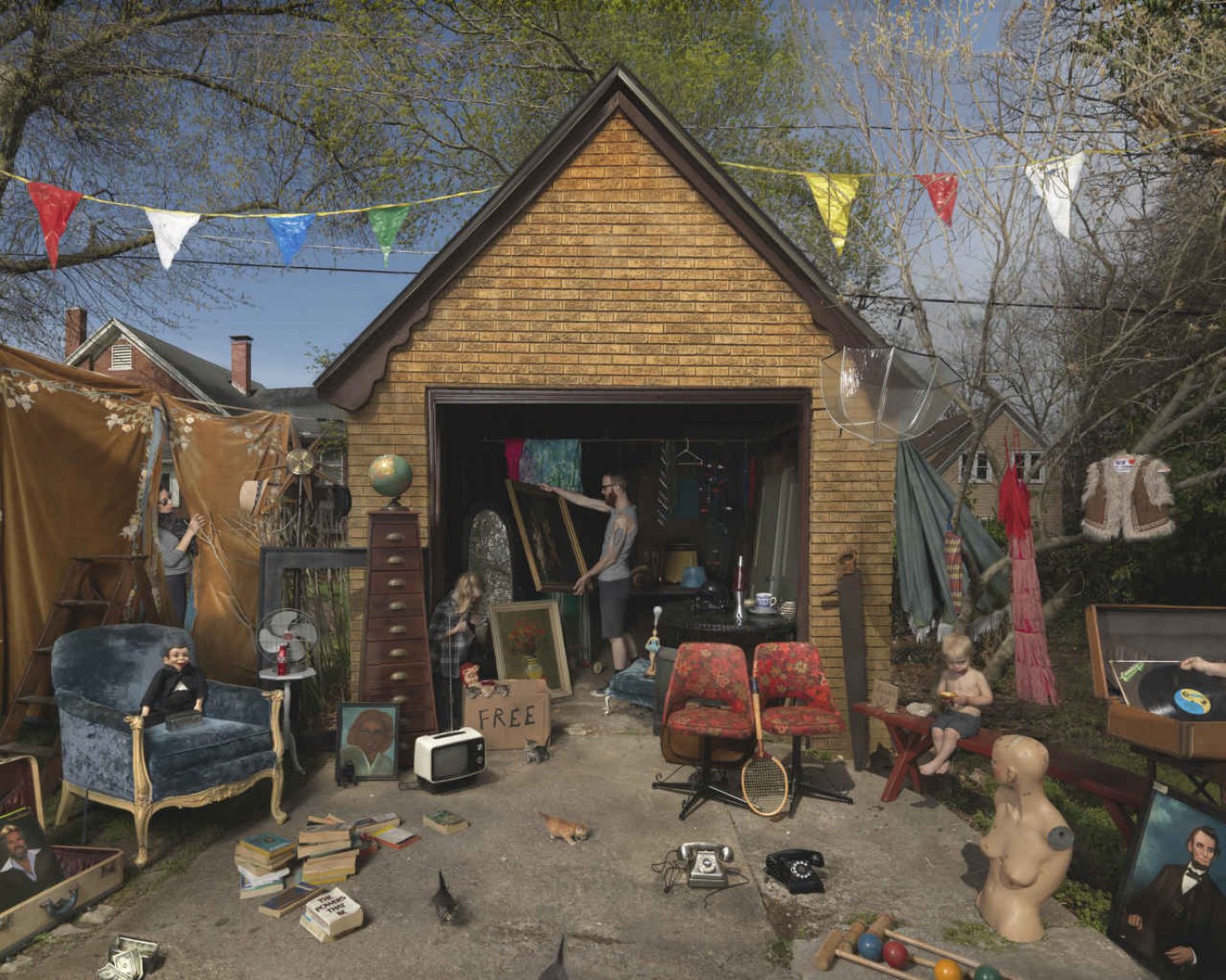 Homegrown (2009 - 2014) continues to explore Blackmon’s interest in everyday life. Consumerism and the unexpected human moments of everyday domestic life are captured with humor and whimsy and coexist within a more timeless and universal frame.

Through a multi-layered process involving models, sets and carefully composed tableaux, Blackmon weaves intricate stories reflecting the tension, complexities and often comical interactions within the family unit as well as in a larger social context. Her images are inspired by Dutch and Flemish genre paintings - known for their domestic subject matter, and mastery of composition, light and shadow.   She deliberately evokes the notion of ‘a Jan Steen household’, which specifically refers to the chaotic familial scenes depicted in the 17th century Dutch painter’s works.

The works are dominated by vibrant colours, graphic features and patterns, and contain revealing detail.  Objects are carefully placed within the compositions, often adding a layer of humour as well as engaging with concepts around the challenges of modern parenthood. In Blackmon’s visions, children are often at the centre, revelling in the mess and disorder of their own making, with adults either completely absent or marginalised.

Julie Blackmon said, "The stress, chaos and need to simultaneously escape and connect are issues that I investigate in this body of work. We live in a culture where we are both ‘child-centred’ and ‘self-obsessed’. Caught in a swirl of soccer practices, play dates and work we must still create the space to find ourselves. These issues as well as generational shifts in parenting styles are what I try and explore in these photographs." 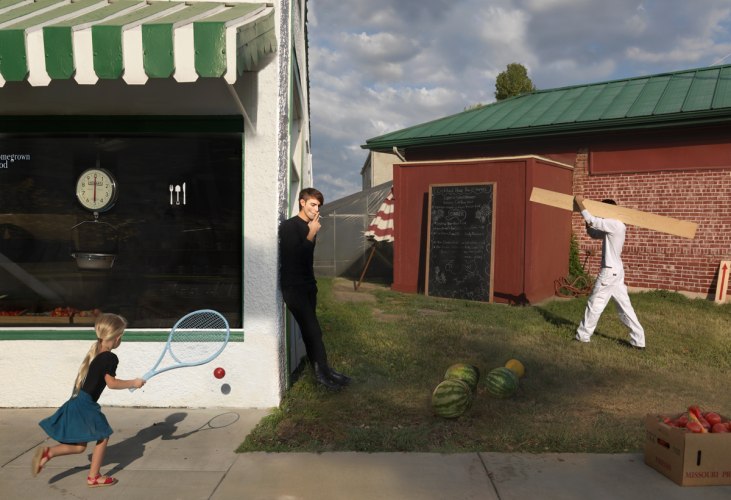 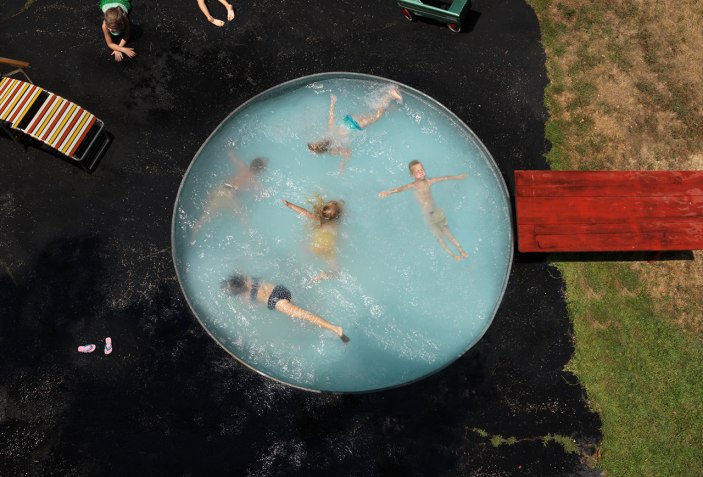 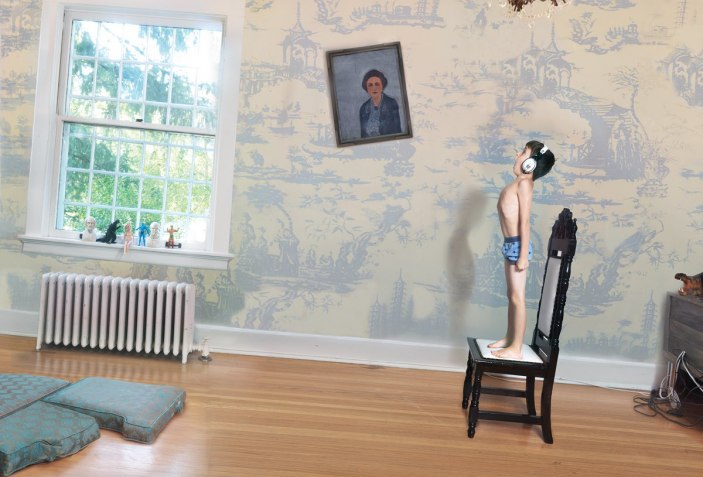 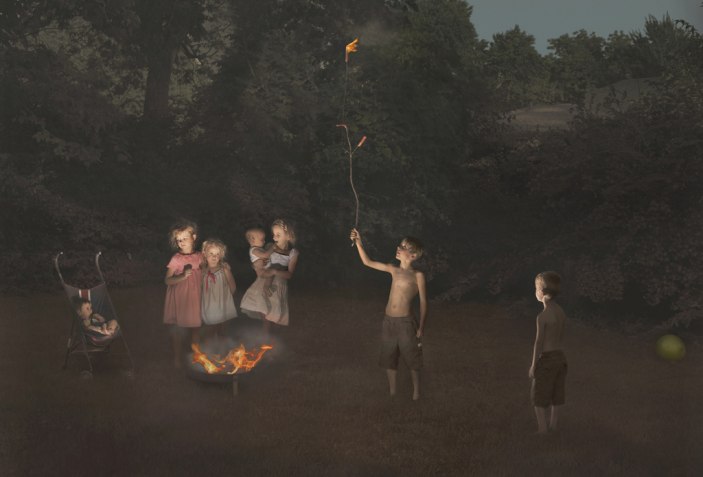 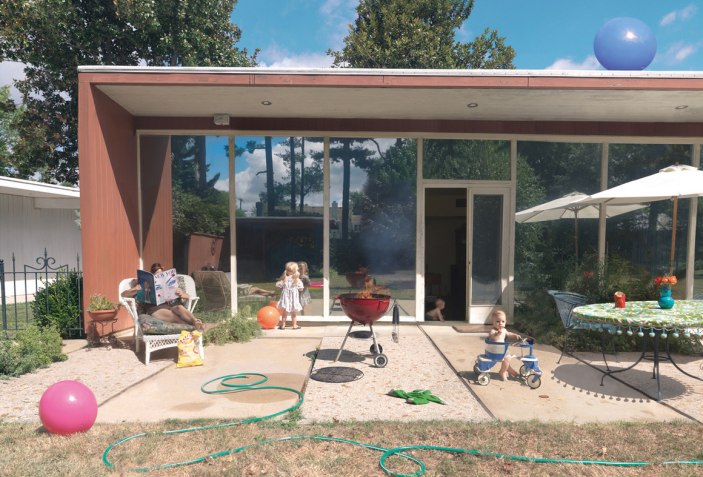 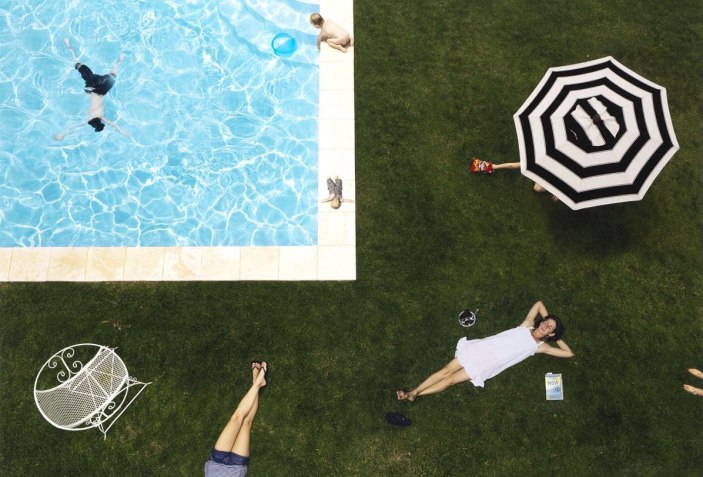 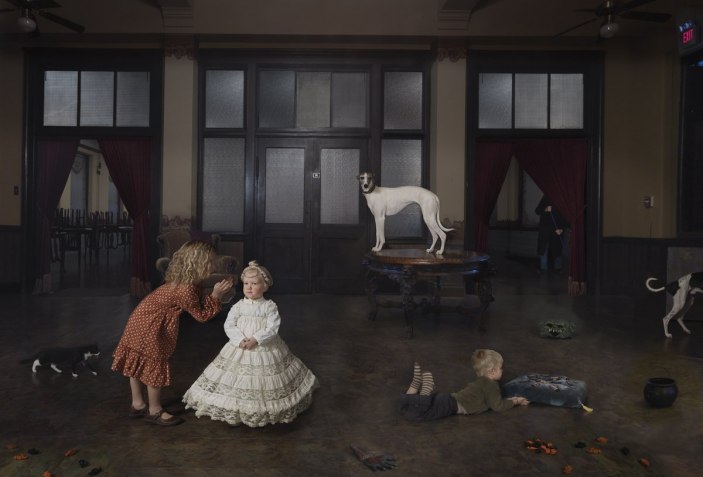 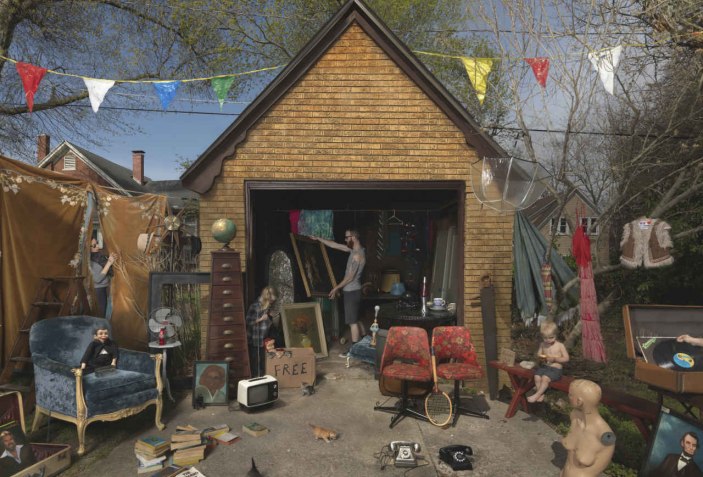 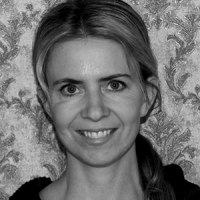 Julie Blackmon, (b.1966) has exhibited across the US since the release of her ‘Domestic Vacations’ series in 2007; which marked her arrival on the photographic scene. Her work is now collected in some major institutions including The Museum of Fine Arts in Houston, Texas and The George Eastman House in New York. A solo exhibition of new work by Julie Blackmon will be mounted in Autumn 2014.