Today, we got back to the South, Jesus Granada is our fifth presentation of photographers, almost in Ecuador. Currently lives in Sevilla, where he trained as an architect, although he never finished the career dragged through the world of photography. 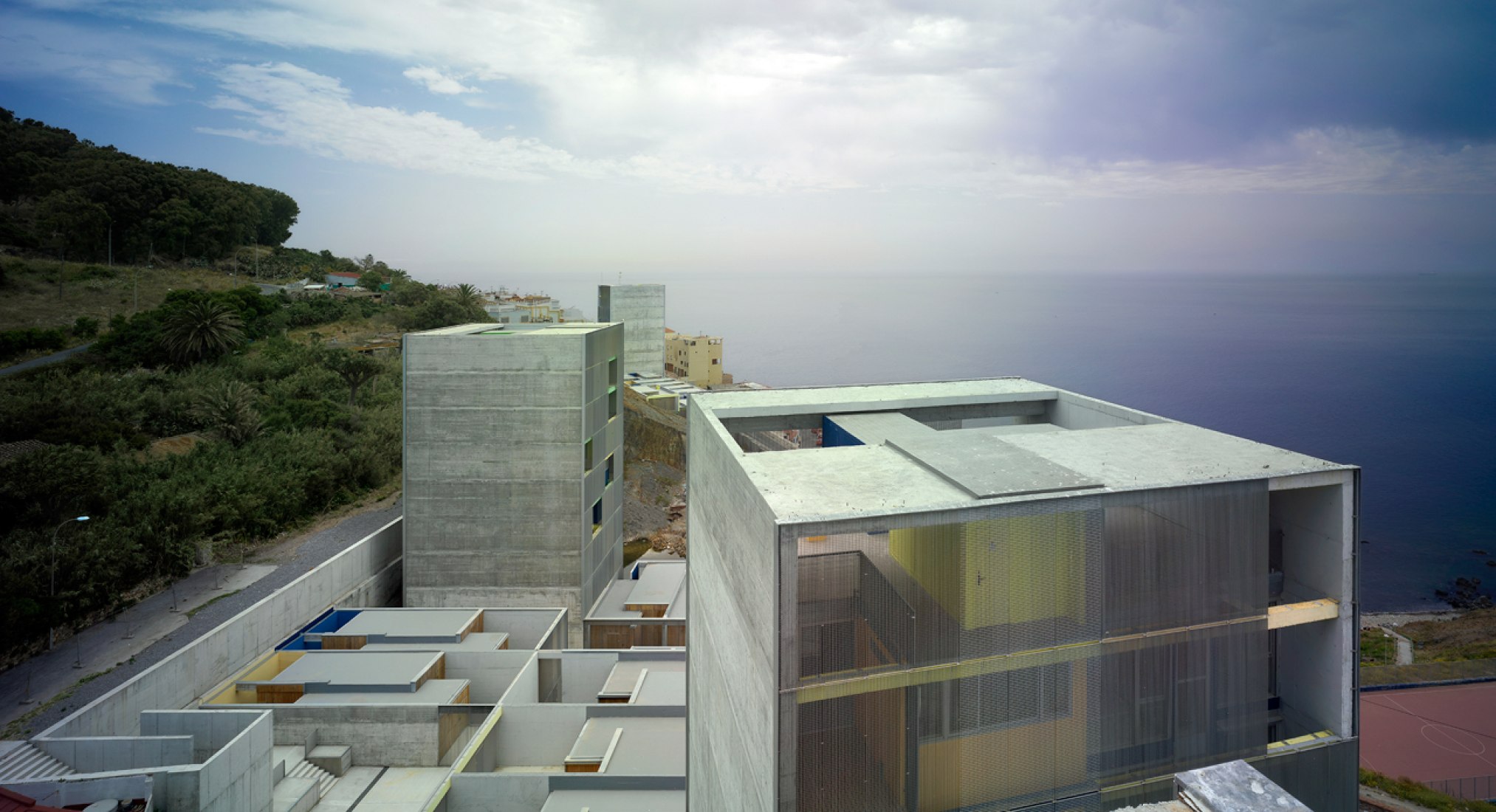 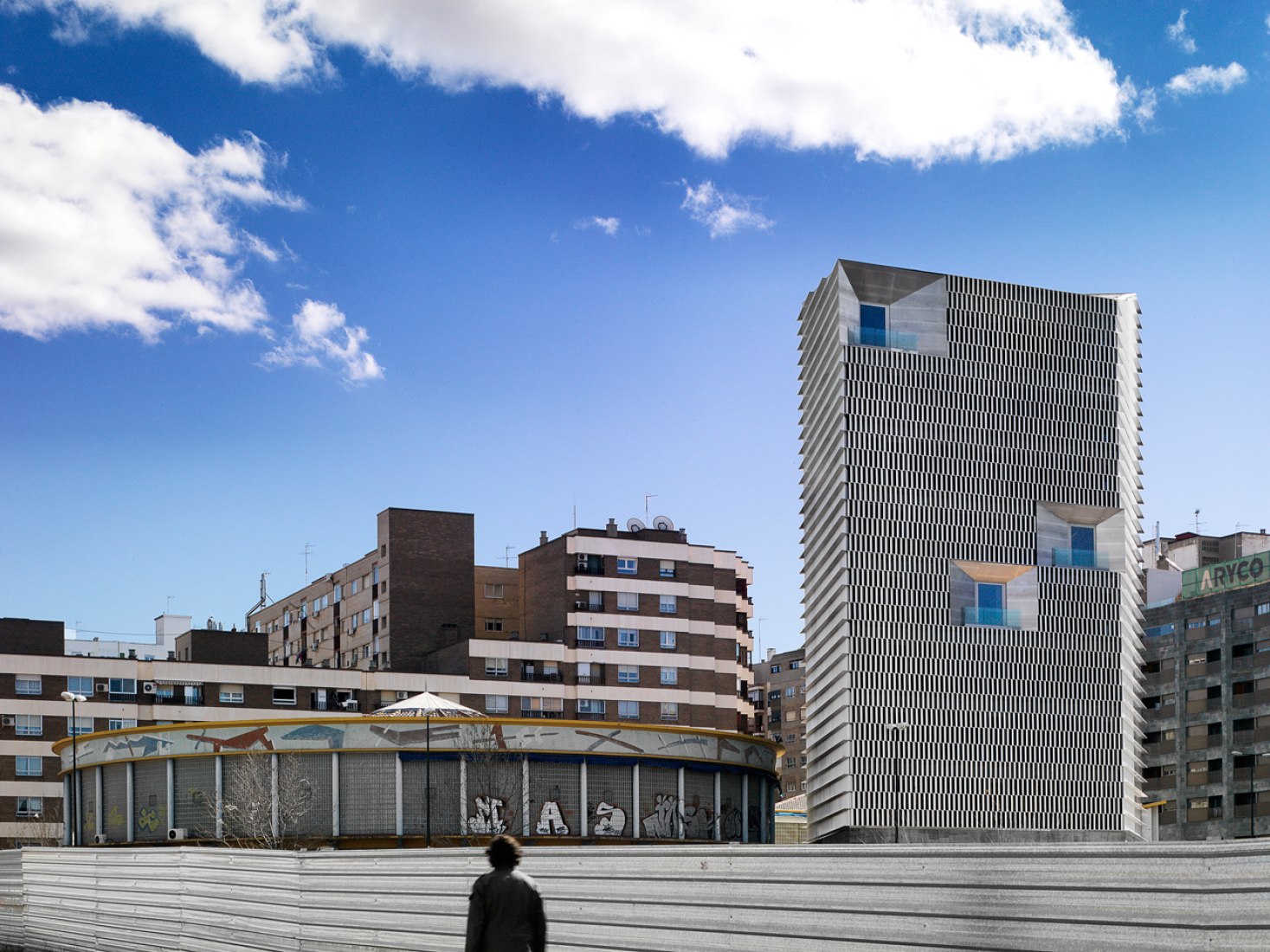 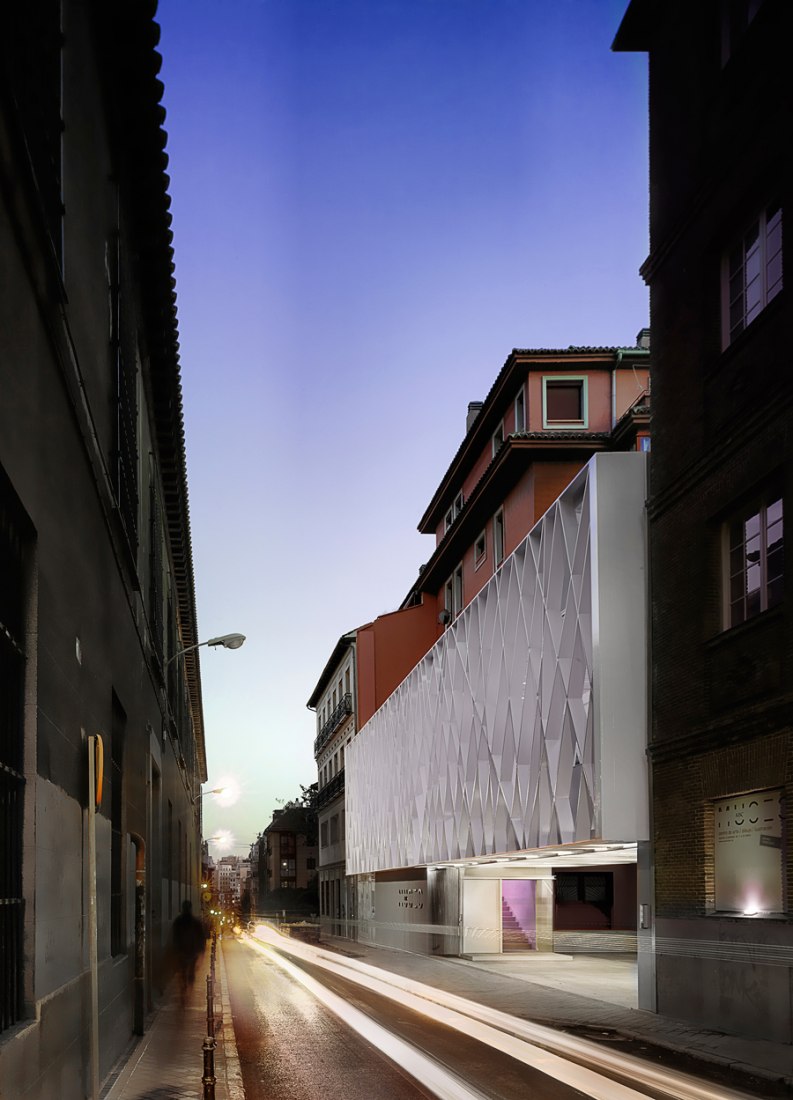 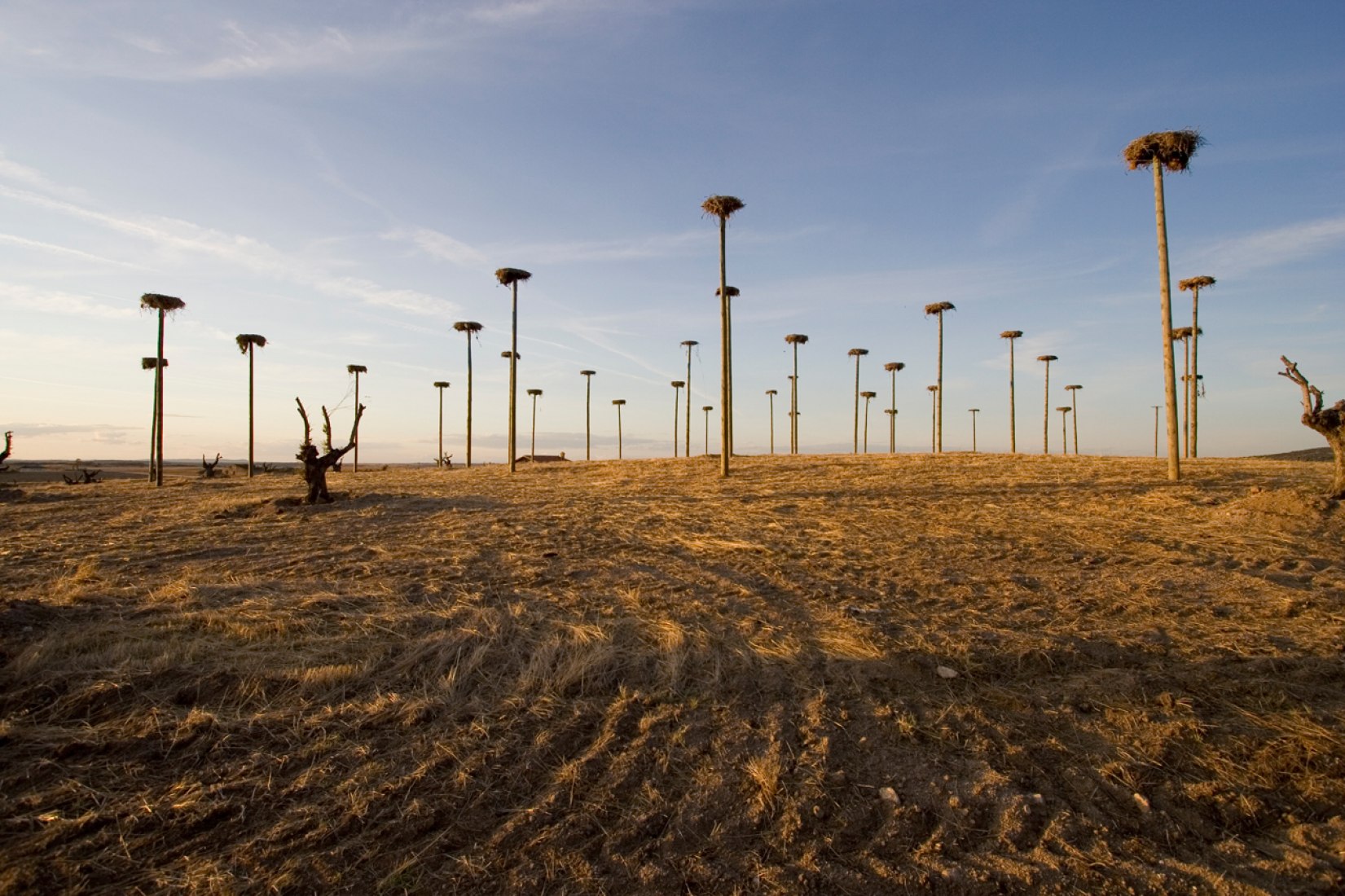 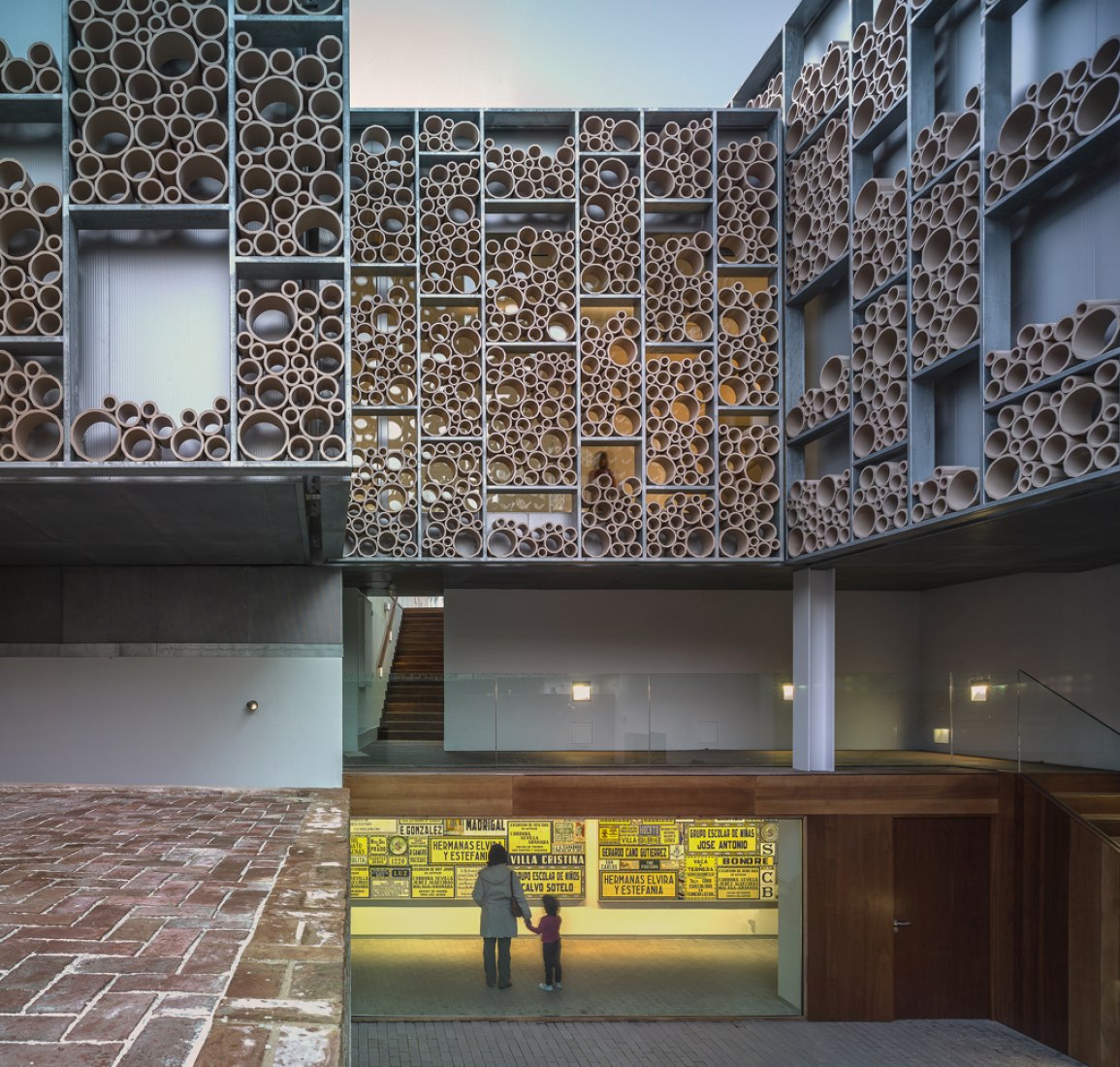 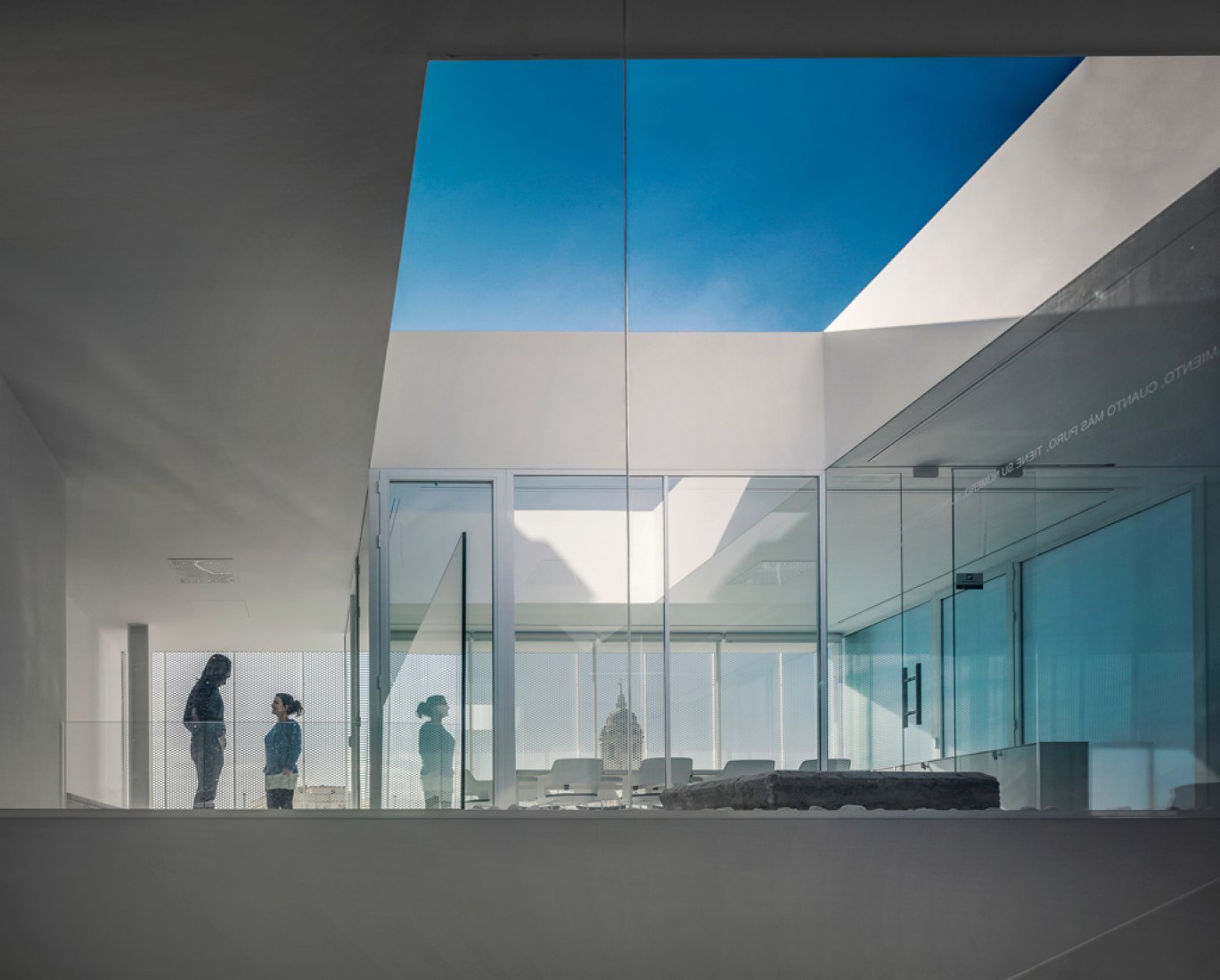 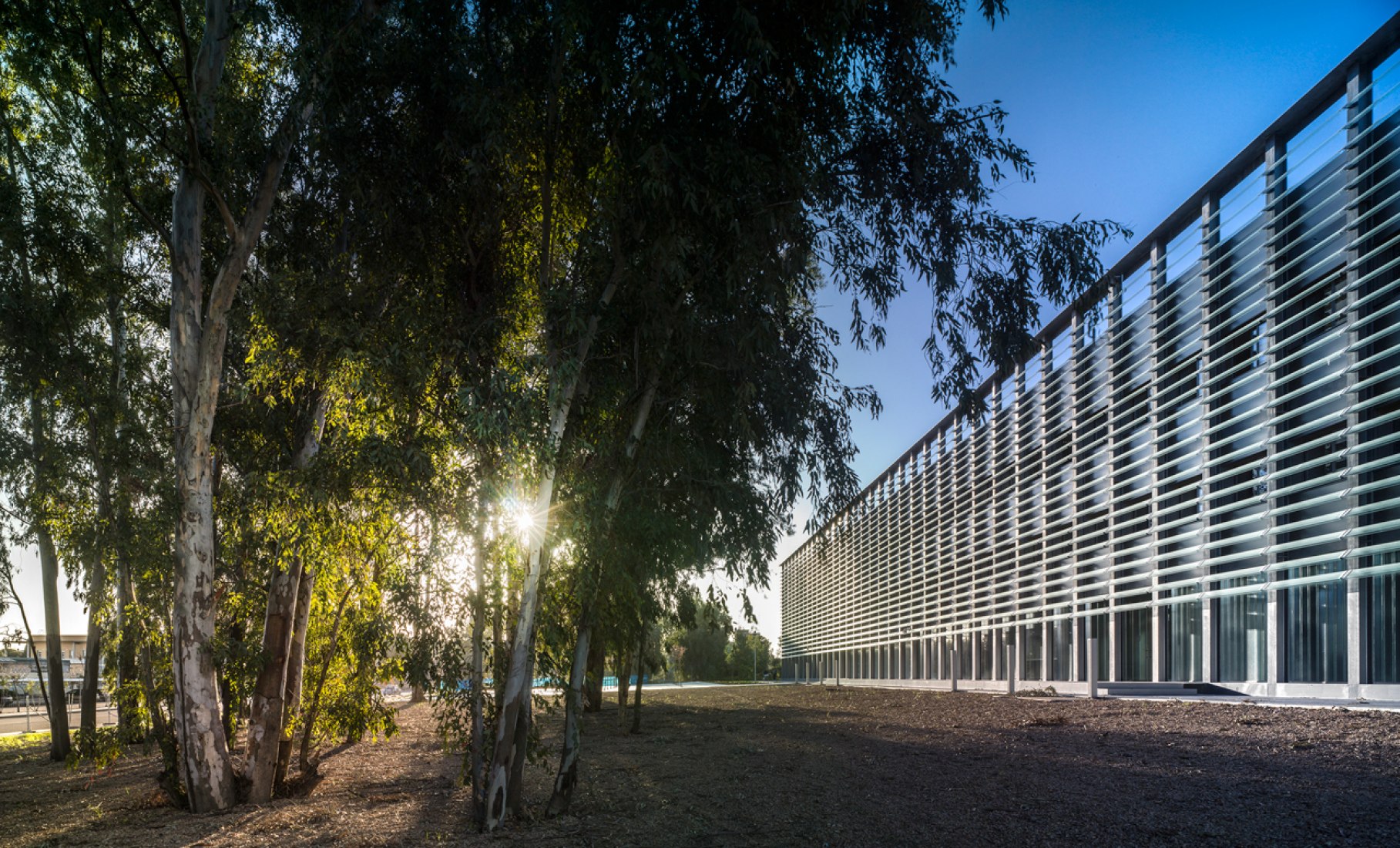 His work always has been linked to the orders. Since he professionally launched  to the photography he emphasizes that he never works on its own initiative and are all a results of a request.

We have seen, in previous presentations, photographers working composition, the framing of the image, even mental scenery before realized the photograph. Jesús Granada starts his works by spending time to talking, creating a narrative, mental vision of architecture is before the narrative to be photographed building an own imaginary an own imaginary pieces of intent with the architect offers. These initially  conversations, devotes some time and tries to discover new intentions, tracks, dreams and nightmare sometimes some that the architect offer as reference.

When the final image of a building is put into the wrong hands is often the case that after this bet confidence, so grows a good relationship between the photograph and the architect. In that case, Jesús Granada seems almost mandatory. Moving your couch, for what he calls "extractive" stage, the construction of the special narrative for the work, where tell us the most intimate questions for the project, a time where where Jesús also looks for the corporal expression for his guest and sometimes invites them to complete this preamble with the producing designs where the form that are realized the strokes also an additional information, is not a mere stage conversation drinking coffee is a process he calls "microscopic sociology" dialog as architects, "you speak even pain" often speak over customers things that have not got, "a widespread hobby."

Jesús tells me that this process actually tries to strip the architecture you have to shoot, trying to find her among the imagery that the architect has in his mind and reality. I stressed that his photograph are not instantaneous but time lapses so he does not talk about frozen moments but moving images. As he says, photography is never an objective view but just one more invention to build the memory of the building, or how accentuates a narrative to present a building.

Once created formulary staff with which to build their images falls fieldwork, the street, the city… A process to take time, quiet time, a week for each work. Thanks to today's technology lets spend some more shots to process, take time to the pure and hard photographic act that he mentioned, so when we realize that working with optical bench trying to deploy the best technology does not surprise me. He doesn´t want to invest more time than necessary in further processing. Up 2007 he worked with Sinar f2 - 10x12 and after about a Linhof 679cs about CF39 the Hasselblad and a optic range of 9 lens focal from 24mm to 250mm, made by Rodenstock and Schneider.

Jesús Granada thinks that the most important in a photo, where puts the accent to the inventions, is not in the color, the compassion, the light, the textures, the object itself,or the inhabitants or future uses, but is, according responds quickly and suddenly, "in the time, at the time where the eye remains several seconds. Work in sequences, by space events, the time through chapters". 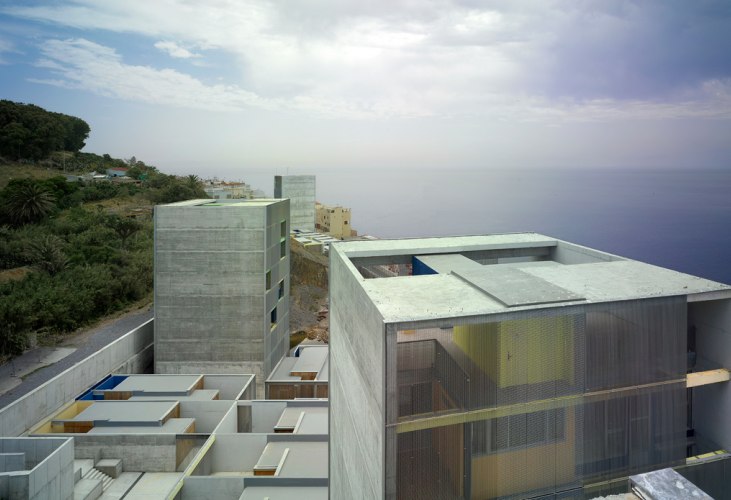 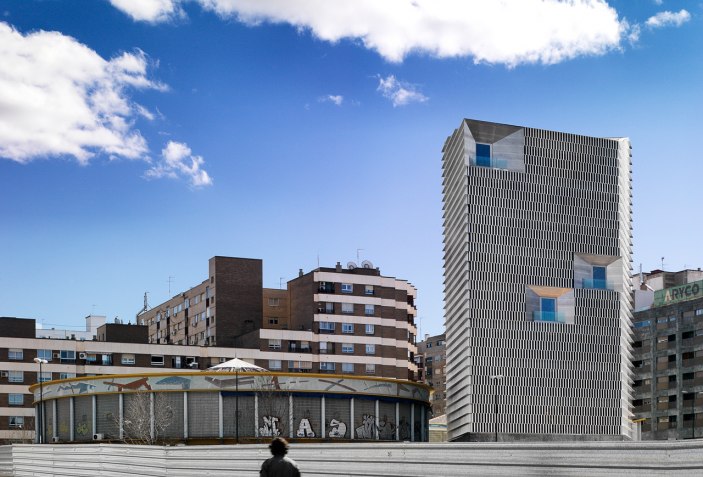 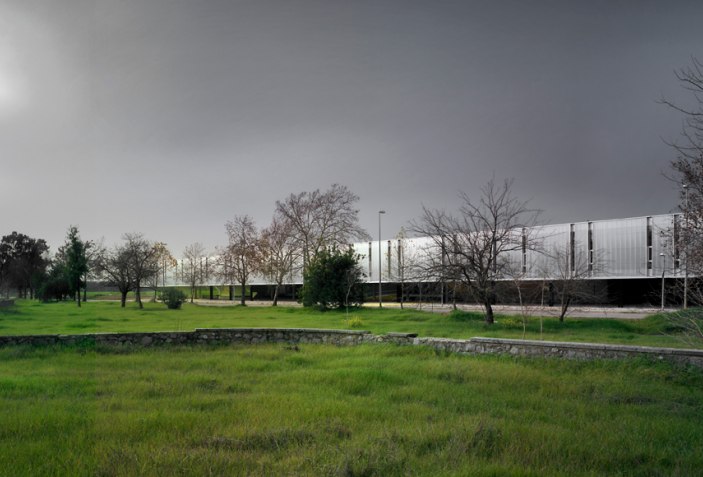 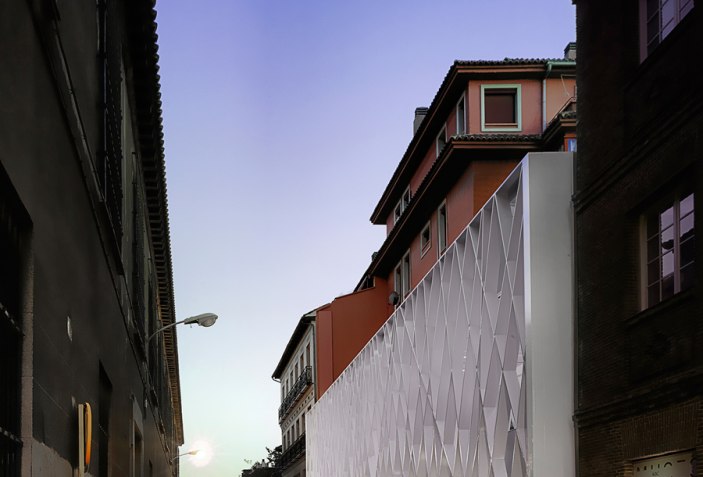 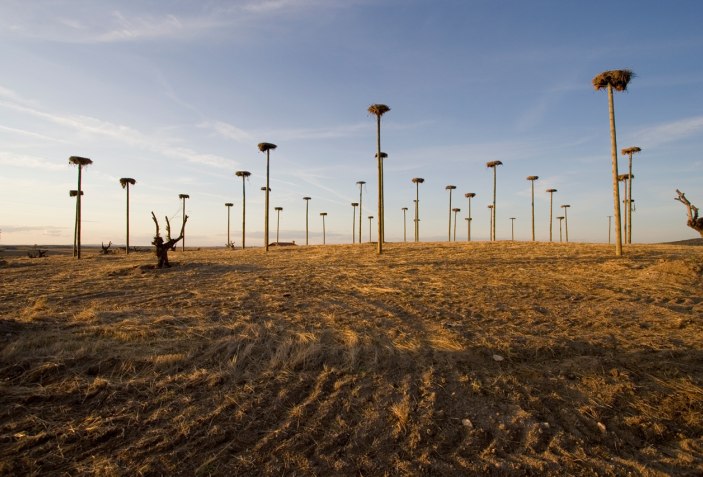 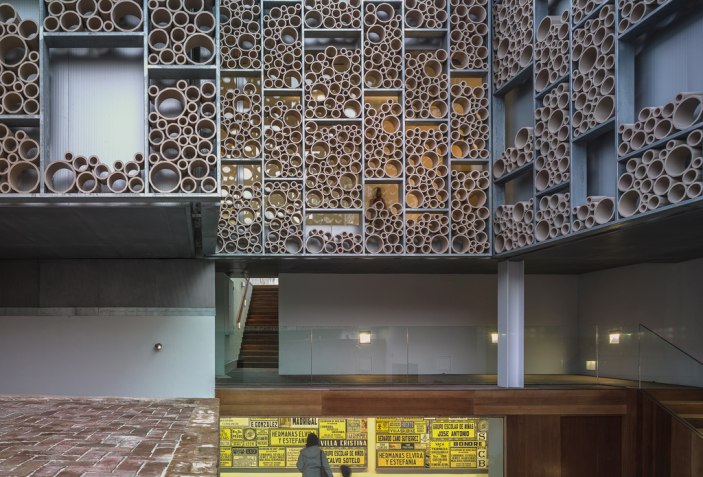 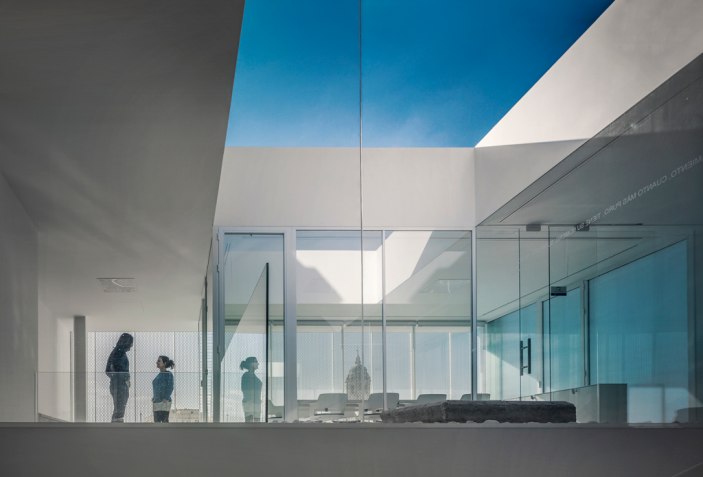 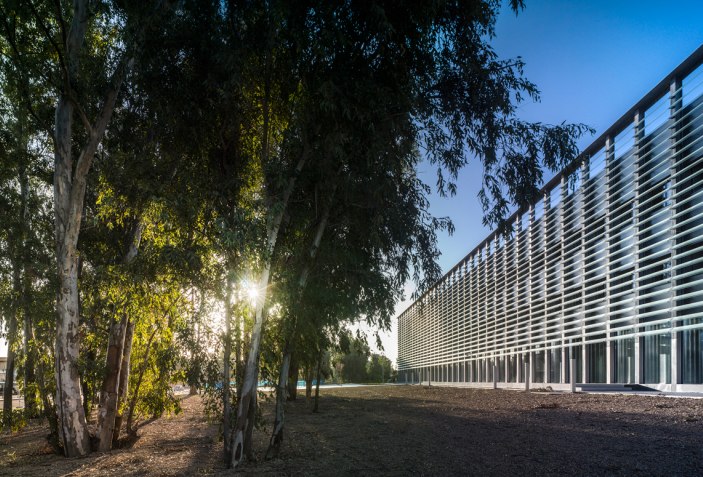 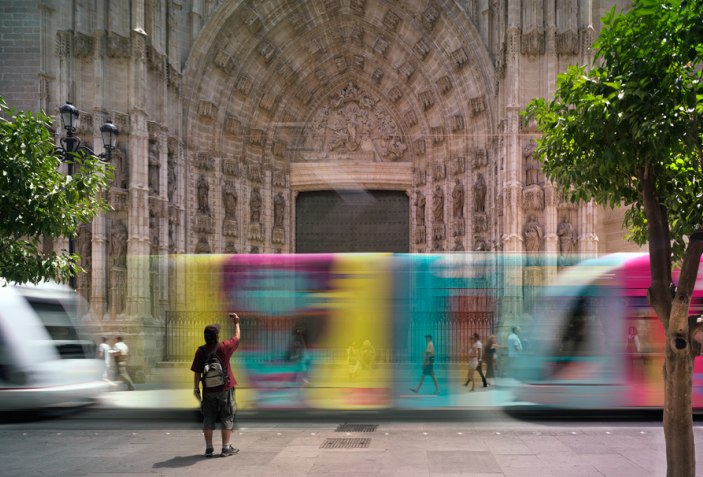 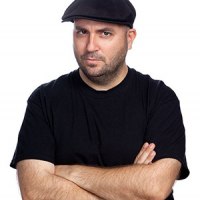 Jesús Granada, was born forty years ago in Linares (Jaén), Spain. In 1991 entered in the ETS, Architecture School of Seville where I collate studies architecture with my love for drawing, painting and photography.

In 1999, started my professional activity in architectural photography with the technique of optical bench and always custom publishing, architecture studies, companies and public administrations.

Since 1999, had published in over 25 countries and had done custom images for at least thirty monographs and books. Has worked for over 400 architects and my archives is composed 600 Spanish contemporary architecture projects and 30.000 photos. 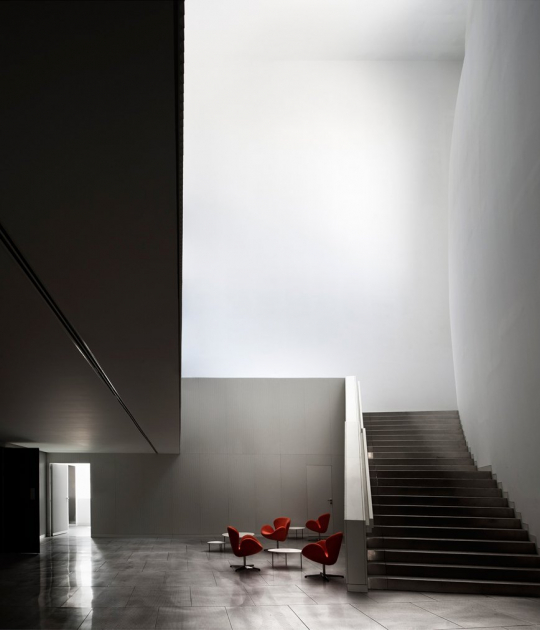 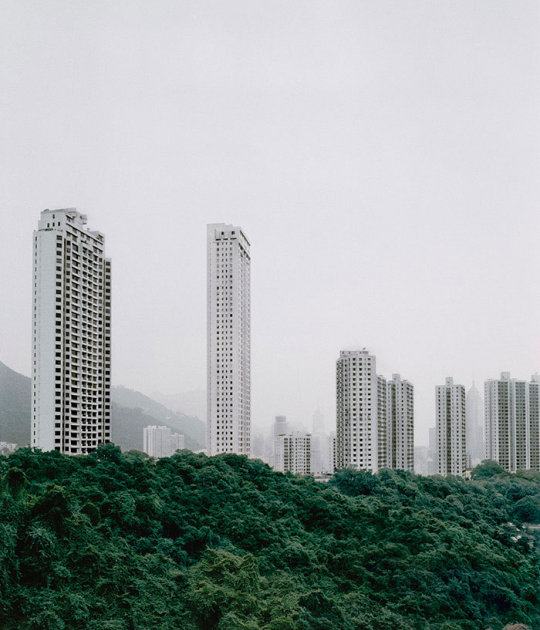 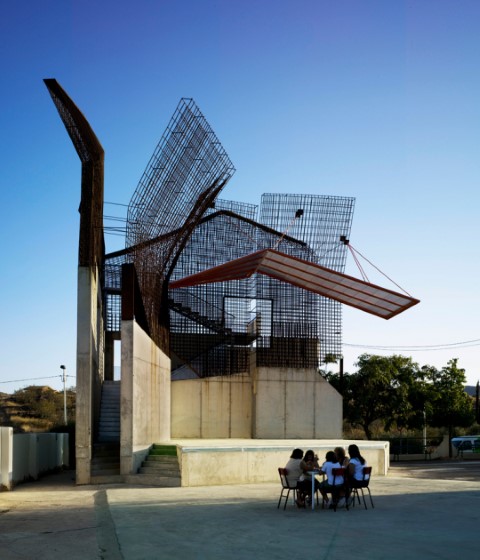 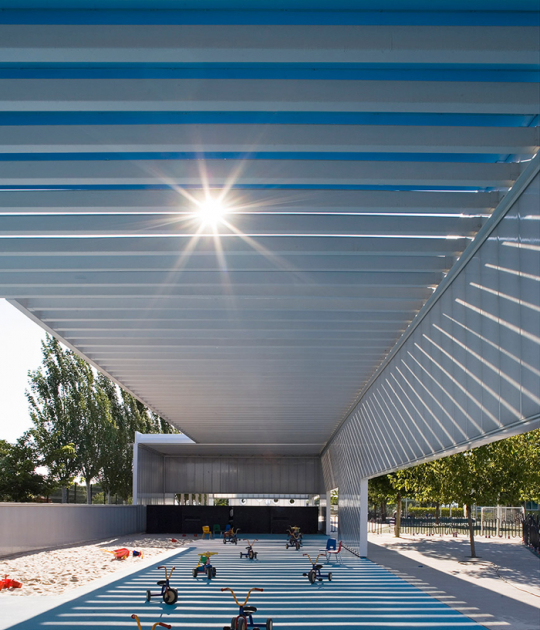