Jordi Colomer L’Avenir (“The Future”). A project based on Charles Fourier’s 19th-century Phalanstère. Fourier did not draw detailed plans for this utopian building, which was never built; in his writings, however, he planned and described it in great detail. It was intended to offer its chosen inhabitants a life and an environment painstakingly constructed on the basis of the harmony of time and space and of their characters and enthusiasms. A good moment to discover the works of this artist: 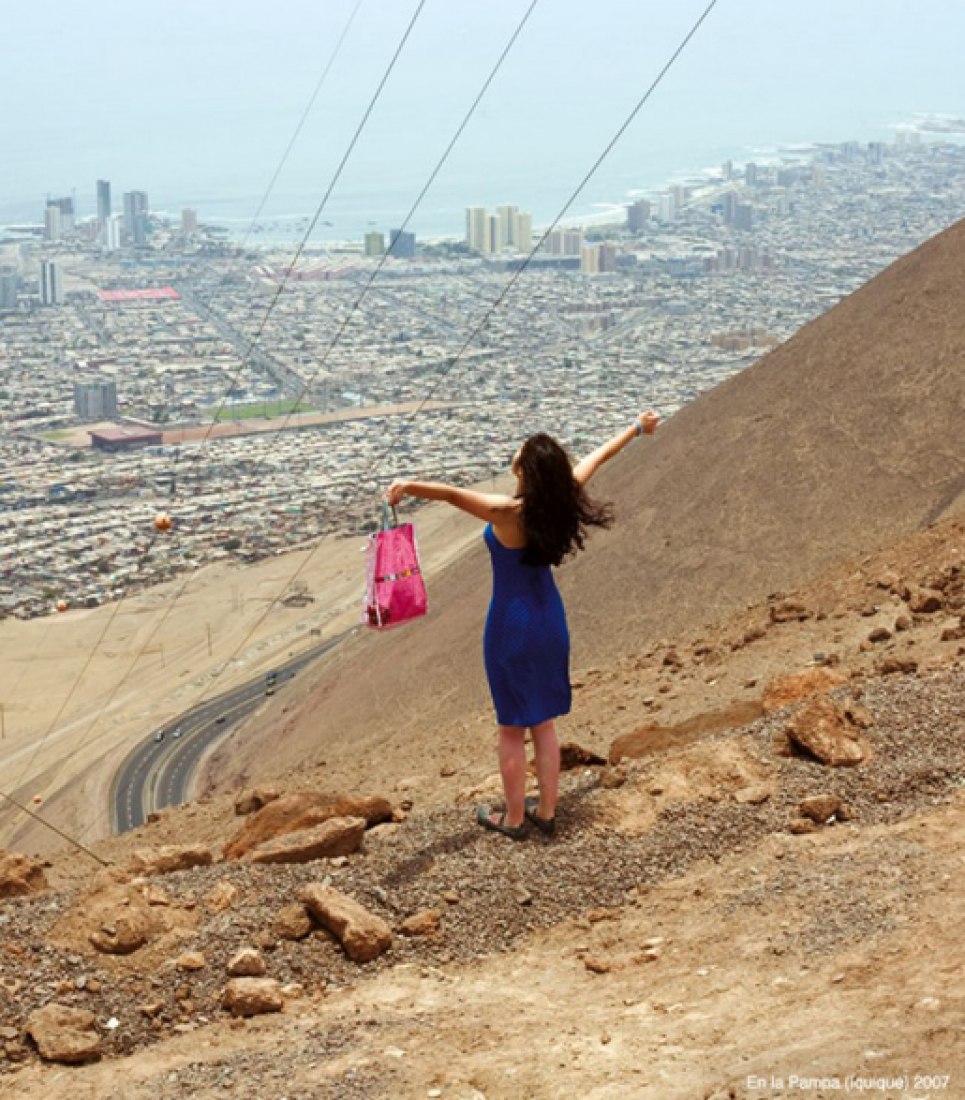 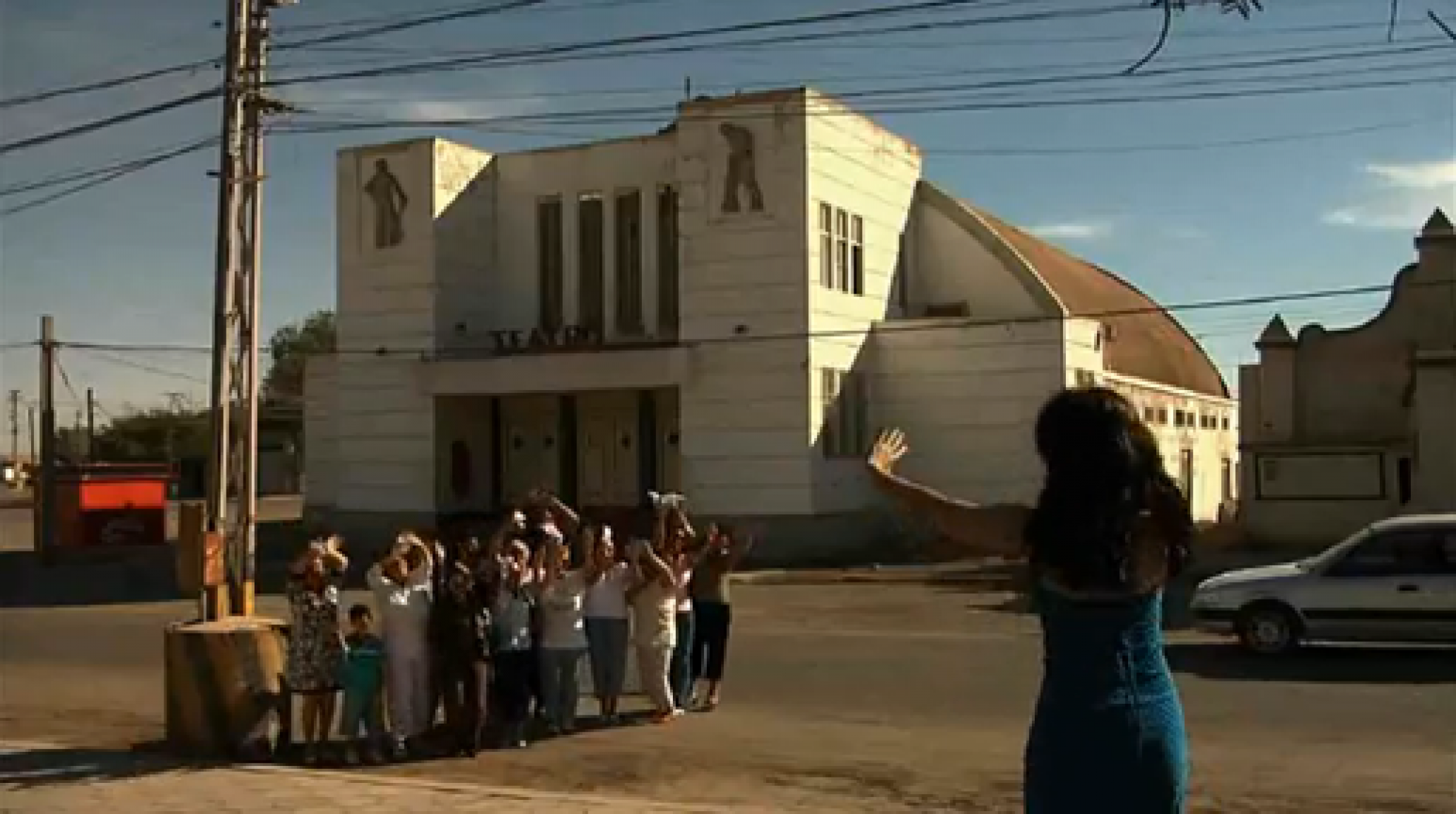 Jordi Colomer's work certainly remember these "constructed situations" that both practiced the French Situationists, led by Guy Debord. Moved to the universe of  Jordi Colomer, the result is a reflection on how to live in a setting or the way human vision becomes reality.

Colomer Colomer is actually the creative interaction between an artificial construct and its surroundings that is interested. Ie situations. A subjective look, funny sometimes applied to all situations. As "En la Pampa", which contrasts the constructed spaces and the infinite spaces of the desert. The five videos in this book show the improvised actions of María y Mateo in the Atacama Desert in Chile.

The culmination of Fourier’s thinking and his persistent dream, the Phalanstère seems, in many ways, to bring together the ideas that Colomer has been exploring since the beginning of his career. For the Catalan artist, however, this is very much about the future. These untold fictions, these ideal worlds that overcome their contradictions to kindle the conviction of the imagination, are the aesthetic sources of a political liberation yet to be achieved. They are the adventures that Colomer has always presented, whether in films, models, photographs, or installations. Grandiose fictions that reveal possibilities and that turn the most ordinary of people, whether active citizens or just spectators, into pioneers in unexplored territory. 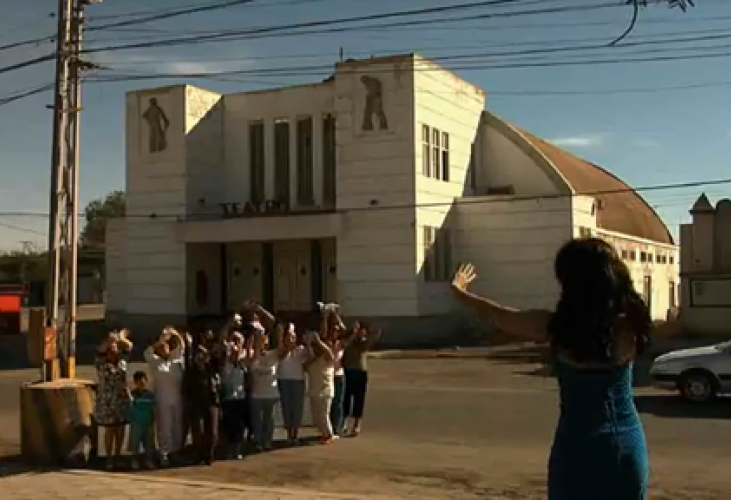 Jordi Colomer was born in Barcelona in 1962. He presently lives and works between Barcelona and Paris. Enjoying a gifted and marked sculptural sense, his work spans many mediums, centring on photography, video and the staging of both in exhibition areas. Often the creation of situations -befitting a kind of "expanded theatre"- allows the spectator to assess his/her relationship with the productions and his/her role in and before these.

The variety of mediums called forth by Jordi Colomer's work and the transversality of his judgement undoubtedly are linked to his fragmentary education as architect, artist and art historian in progressive 1980s' Barcelona. Beginning with the "Alta Comèdia" (High Comedy) exhibition, performed in Tarragona in 1993, Colomer began to fuse his sculptural work, elements of theatre staging and architectural references. From those years on (in particular after he discovered the German avant-garde cinema of the thirties), video started to stand out as the main mediator in the relationship the artist had with performance art, theatre and sculpture. In 1997 he showed his first video work at a site-specific projection room built inside the Barcelona Museum of Contemporary Art (MACBA). This strategy enabled Colomer to superimpose theatrical space, the installation as an inhabitable sculpture and cinematographic micro-narration. That was how he produced pieces such as Pianito (The Little Piano, 1999), Les Jumelles (The Twins, 2000) or Le Dortoir (The Dormitory, 2001), which would complete a period marked by work in extreme film set constructions, where the set entirely determines the characters' behaviour.

From 2001, Jordi Colomer's staging investigation extends to urban space and an exploration of the different scenes of social life (neighbourhoods, streets, deserts, rooftops…). This phase of his work is determined by journeys -maybe because they allow him to keep a foreigner's viewpoint of the different urban sets he is seeking or rediscovering. This is what led to works such as Anarchitekton (2002-2004), a travelling project involving four large global cities (Barcelona, Bucharest, Brasilia, Osaka), No? Future! (filmed in Le Havre, 2004) or Cinecito (Little Cinema, Havana, 2006), among many others. It is also behind his most recent works En la Pampa (In the Pampa, made in the Atacama desert, Chile, 2008), Avenida Ixtapaluca (houses for mexico) (Mexico, 2009) or The Istanbul Map (Istanbul, 2010). These are journey-works where the issue of movement keeps coming back, and where the isolated actions of a character condenses reflection (but not without a degree of absurd humour) on the possibilities of poetic survival offered by the contemporary metropolis.