Assemble collective presented their work yesterday through Alice Edgerley, one of the youngest members of the group, whose average age is, as Edgerley said, around 28 years old. 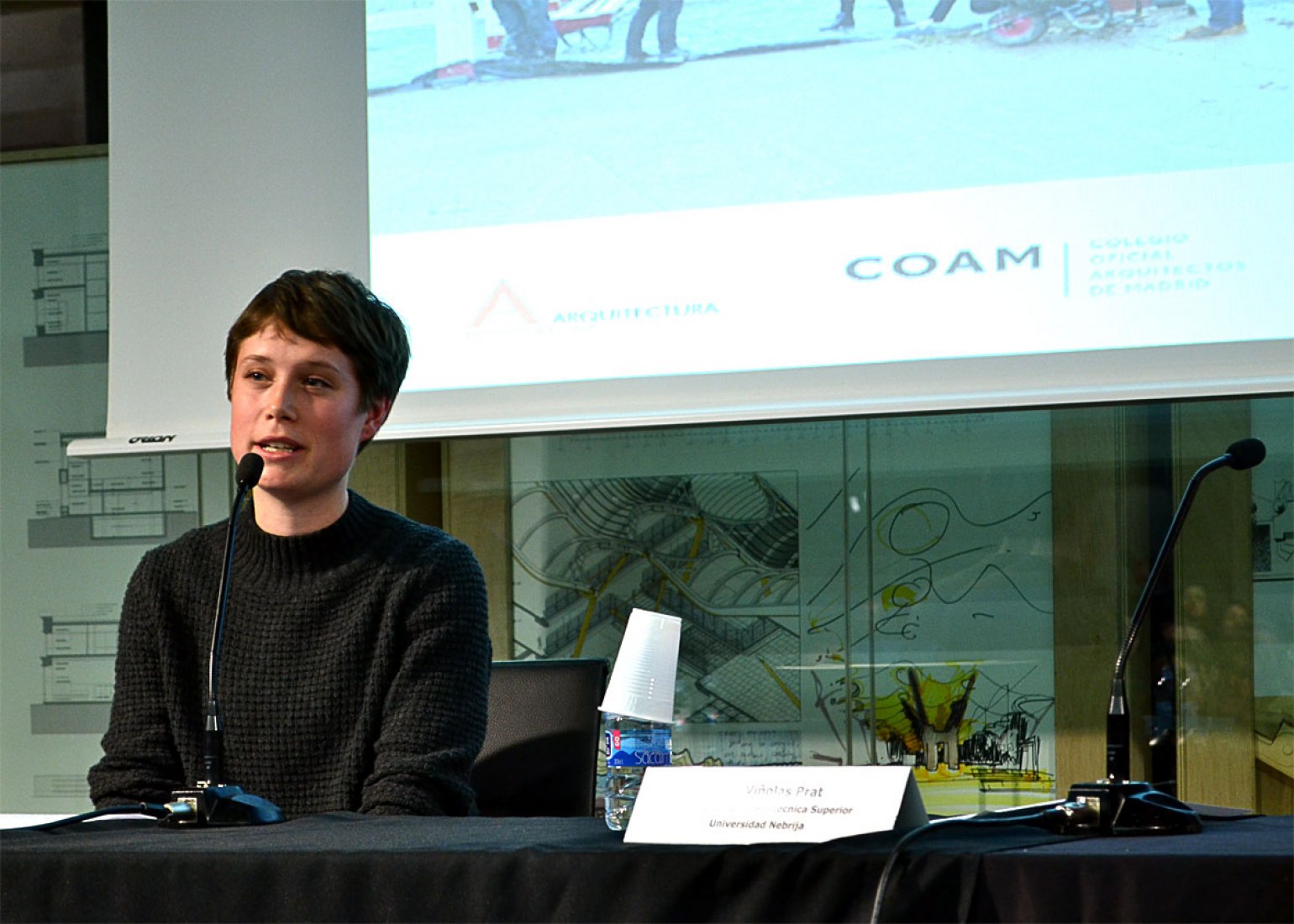 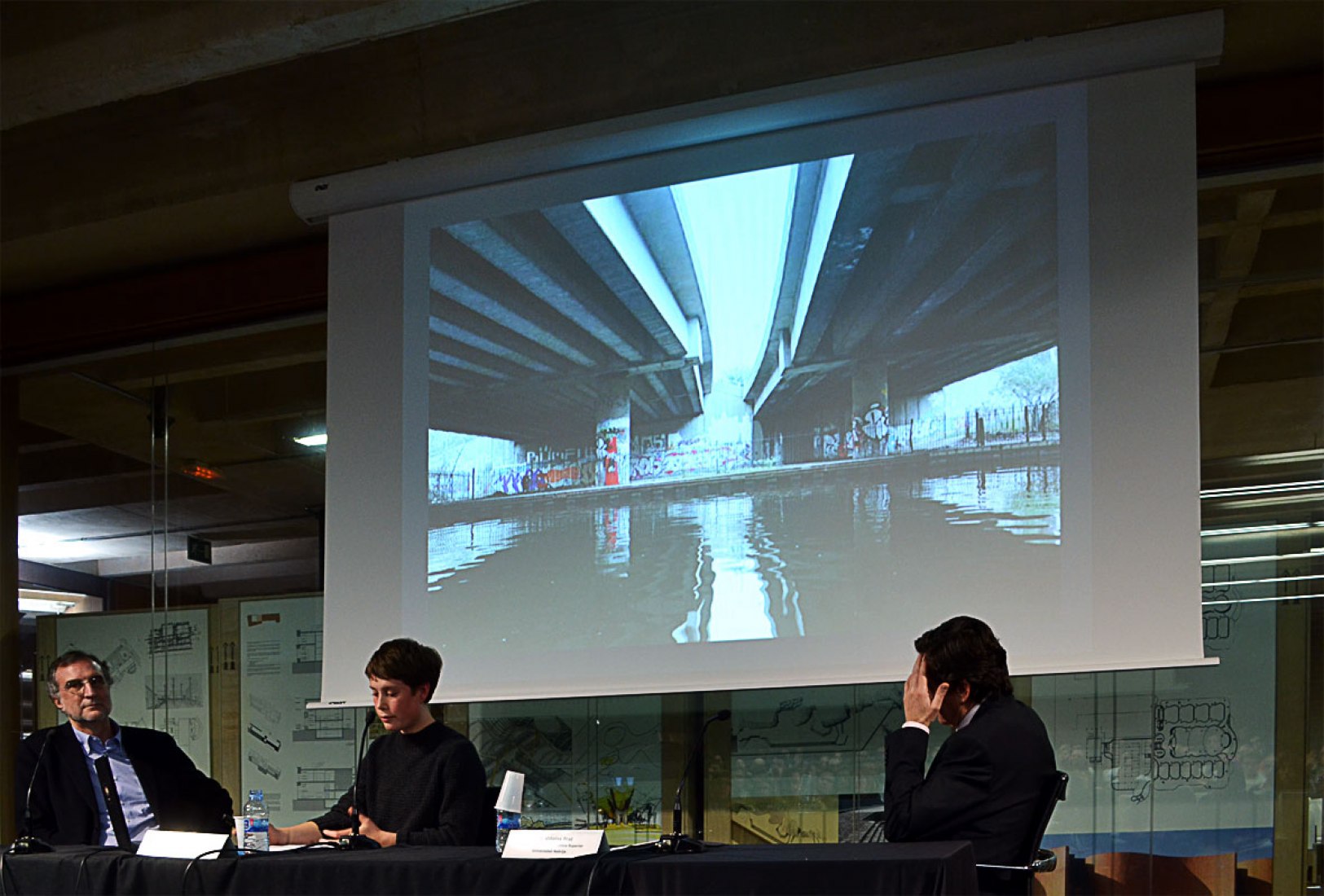 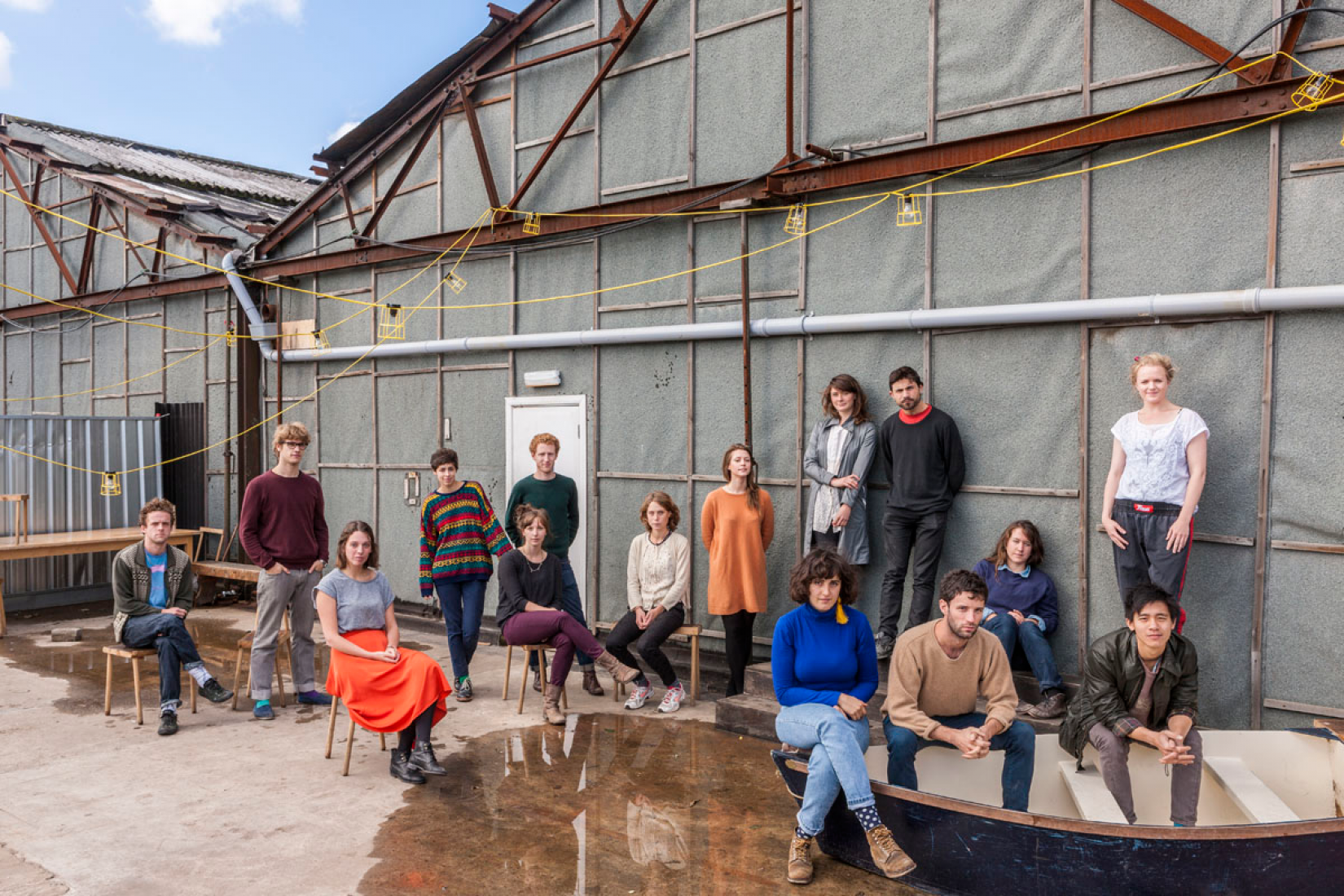 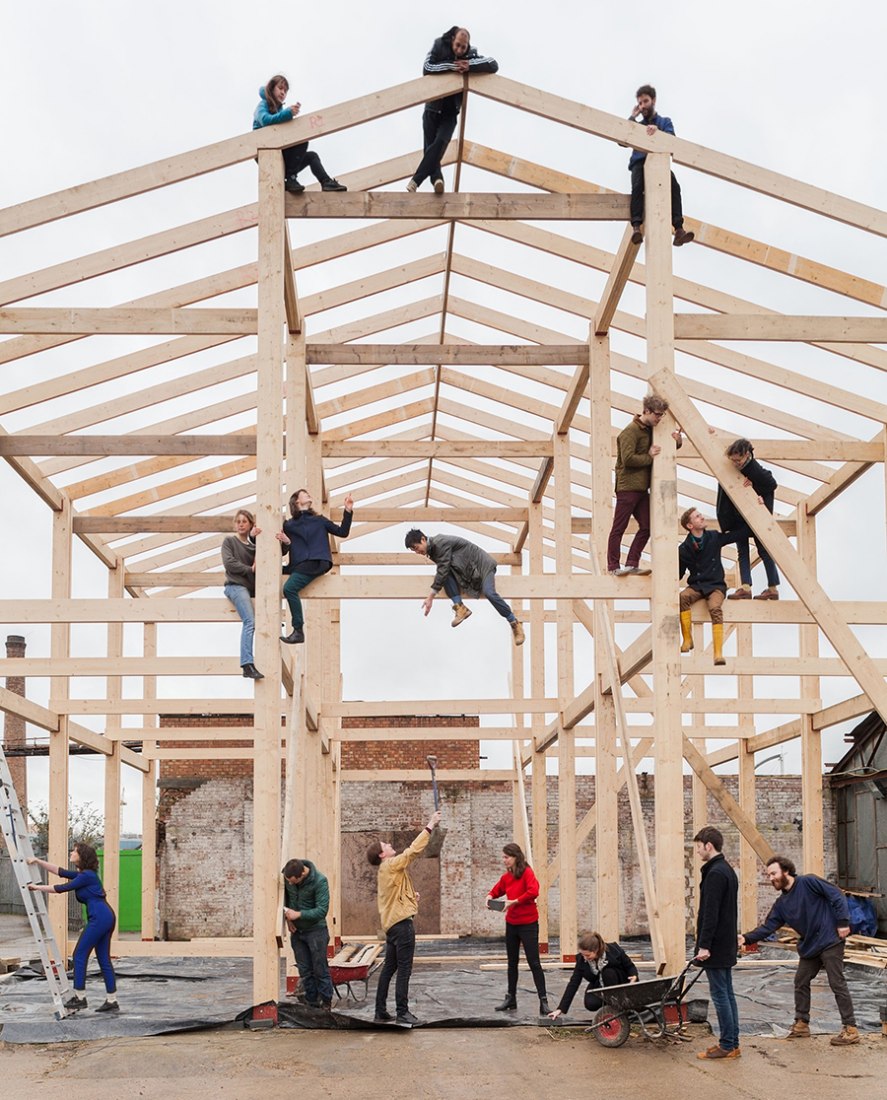 The members of Assemble.Photography @ Assemble.

The auditorium on the second floor was full and, although the guest was British, the act began with Spanish punctuality, i.e. twenty minutes late. After the corresponding institutional presentations from the Deans of the Association of Architects and Nebrija University, Alice Edgerley took the floor.

The lecture was equally read and commented by Alice Edgerley who spelt out for us the last projects developed by the collective. The projects, widely broadcasted since receiving the Turner Prize in December 2015, are a series of interventions in which have in common that they are made with the people, often without a previous plan, without a previous budget, or as Edgerley said "often without much money but with many working hands."

The representative from Assemble talked about experimentation, social participation, scheduling activities as a way to reactive parts of the city and began presenting a proposal to turn an old gas station into a temporary cinema, The Cineroleum. An idea which could be applied for the ​​conversion of thousands of gas stations in the UK. A simple but richly iconographic and interesting project, in which the show starts when the curtain drops.

The rest of the projects, which always involve large groups of people, were introduced starting with the execution, the workshops, the handmade work. Especially the work made by hand, as in the cladding of the Yardhouse where the enclosure, which seems to have a skin of fish scales, is made by coloured clay tiles that were shaped by hand.

The talk continued with different interventions in poor neighborhoods which included playgrounds for children - she spoke to us about smiles, freedom and playing with the children. With her refreshing speech, she went on to explain the renovation of Granby Four Streets in Toxteth, Liverpool - one of the most depressed workers' housing areas in the UK. After being almost completely abandoned, it was heading towards disappearance and demolition. The neighbours' response received the collective's support and collaboration and, after a plan for citizen participation, the neighborhood was radically transformed. Only simple operations for revitalization, "very domestic operations" such as cleaning, painting, planting... radically changed the neighborhood. An intervention that was recognized with the Turner Prize. I would like to emphasize the following sentence from the jury.

"In an age in which everything can be art why not consider itself a complex of social housing?".

The intervention ended with the recovery project of Cairns Street in Toxteth, transformed with the help of Assemble after decades of constant decline. Alice Edgerley never lost control of the situation and spoke with honesty, enthusiasm and strength about the dynamics on the relationships between the different profiles that make up the group – many artists, not so many architects, and local people -, which might sometimes prove not to be easy. Edgerley spoke about the actual need for this type of action as a response to the exorbitant land prices in cities like London, even if they sometimes exist during a short period of time, due to their importance in creating a common identity with citizens, occupants and inhabitants of the city. These small scale renovations have the capability to change the life of people thanks to their transformative power, although they may be considered urban graffiti by some. These actions have only recently met general recognition, even if they are not new at all, similar interventions were proposed, for example, by Bernard Tschumi with his "exemplary actions" and "counterdesign" to his students forty years ago at the Architectural Association.

The event made a good impression on the assistants to its end. I only want to remember the tens of Spanish groups which have done the same and more, while being virtually ignored in our country, even when some years ago the MoMA got interested in recognizing the fertile, diverse and immense work of all those groups of architects, artists and people, many of them working in our country. The British have been quick to recognize such brilliantly works with the Turner prize.

Things might be possibly changing, as the Dean of the Architect's Association said in his initial presentation, and Alice Edgerley's lecture might be not only a coincidence in a large group of ​​activities. In any case, and as it was widely commented yesterday, choosing Assemble for this event was a great success, which can help to highlight and recognize the actions carried out by our brilliant intervention groups. 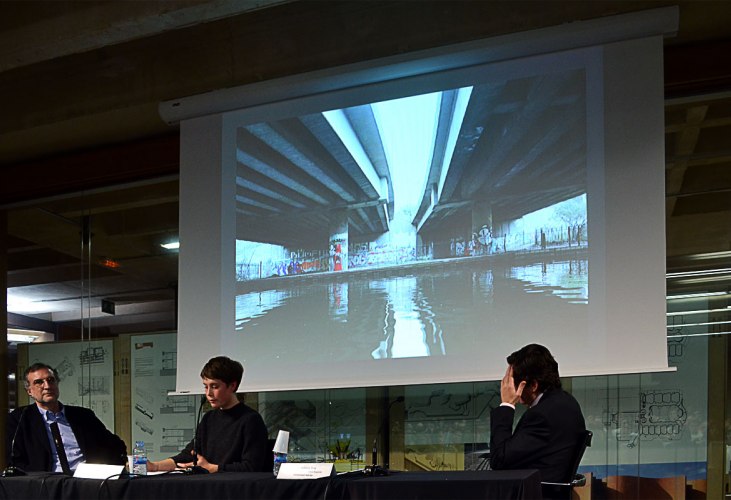 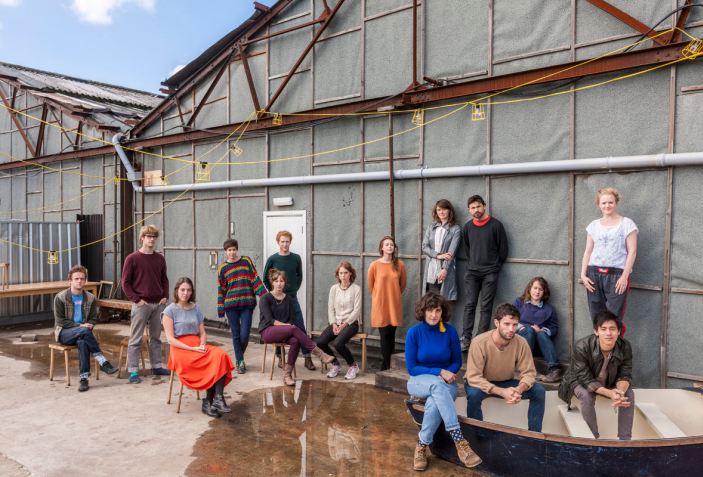 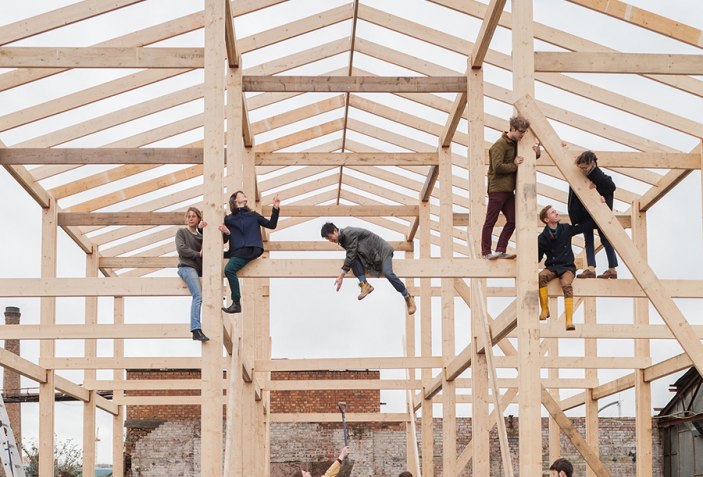 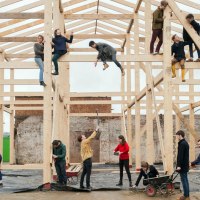 Assemble are a collective based in London who work across the fields of art, architecture and design. They began working together in 2010 and are comprised of 18 members. Assemble’s working practice seeks to address the typical disconnection between the public and the process by which places are made. Assemble champion a working practice that is interdependent and collaborative, seeking to actively involve the public as both participant and collaborator in the on-going realization of the work. 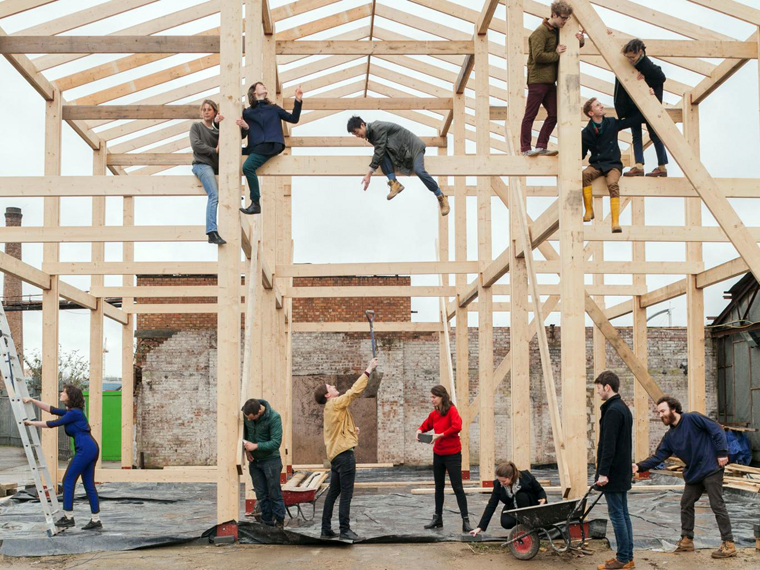 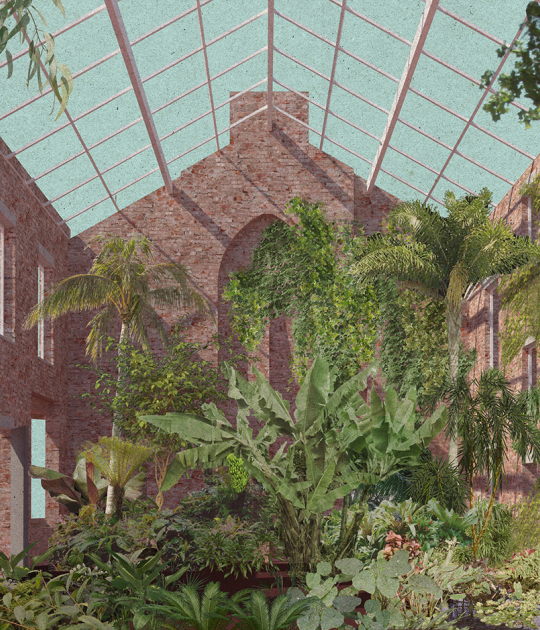 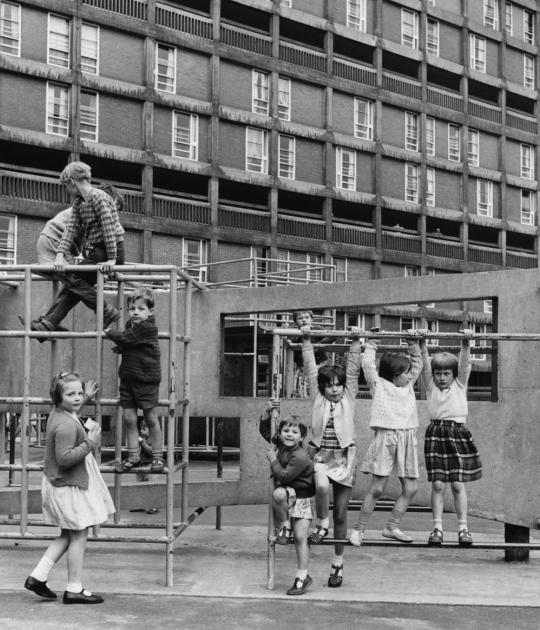 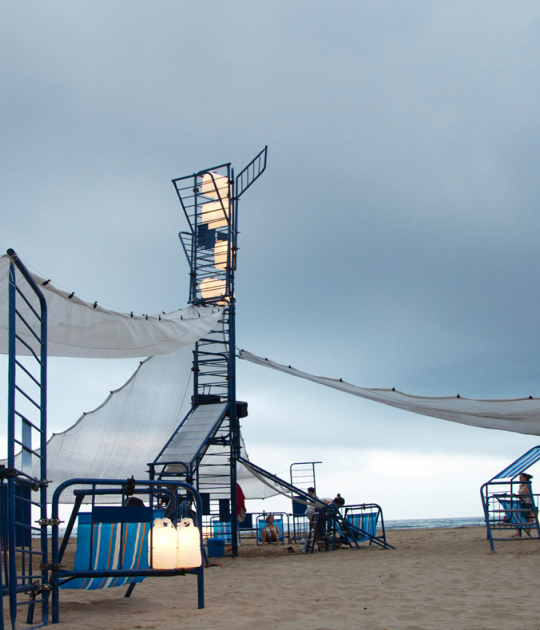 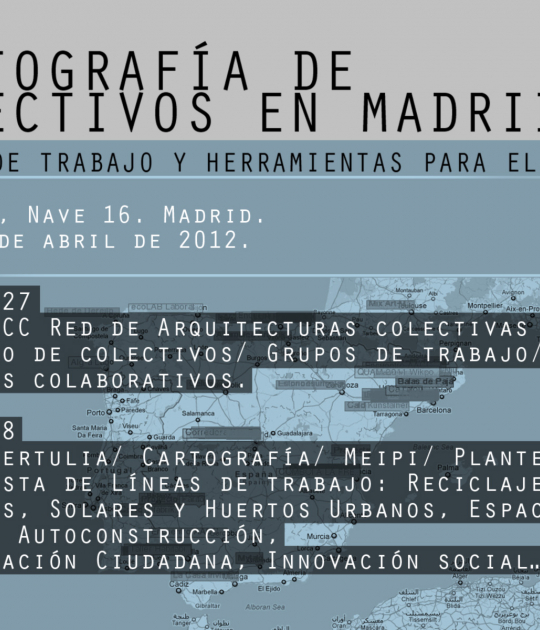 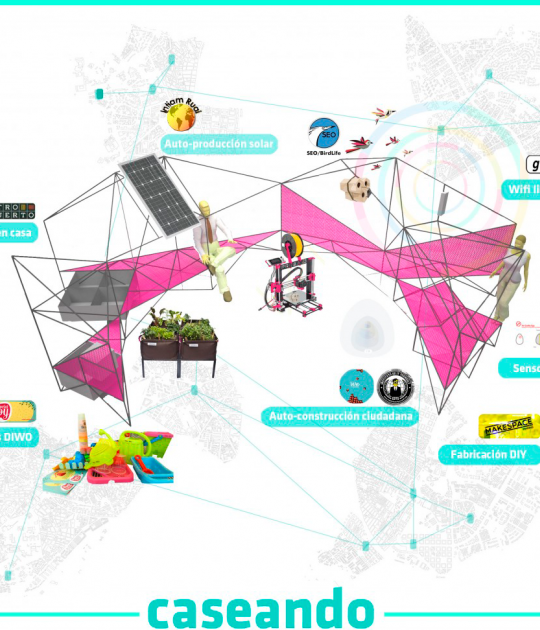