Taichung mayor Lin Chia-lung has temporarily halted development of Sou Fujimoto's tree-inspired 300-metre tower for the city. Lin said that the Taiwan Tower, a major project pushed by his predecessor, Jason Hu (胡志強), is problematic in terms of design, structural complexity and safety. 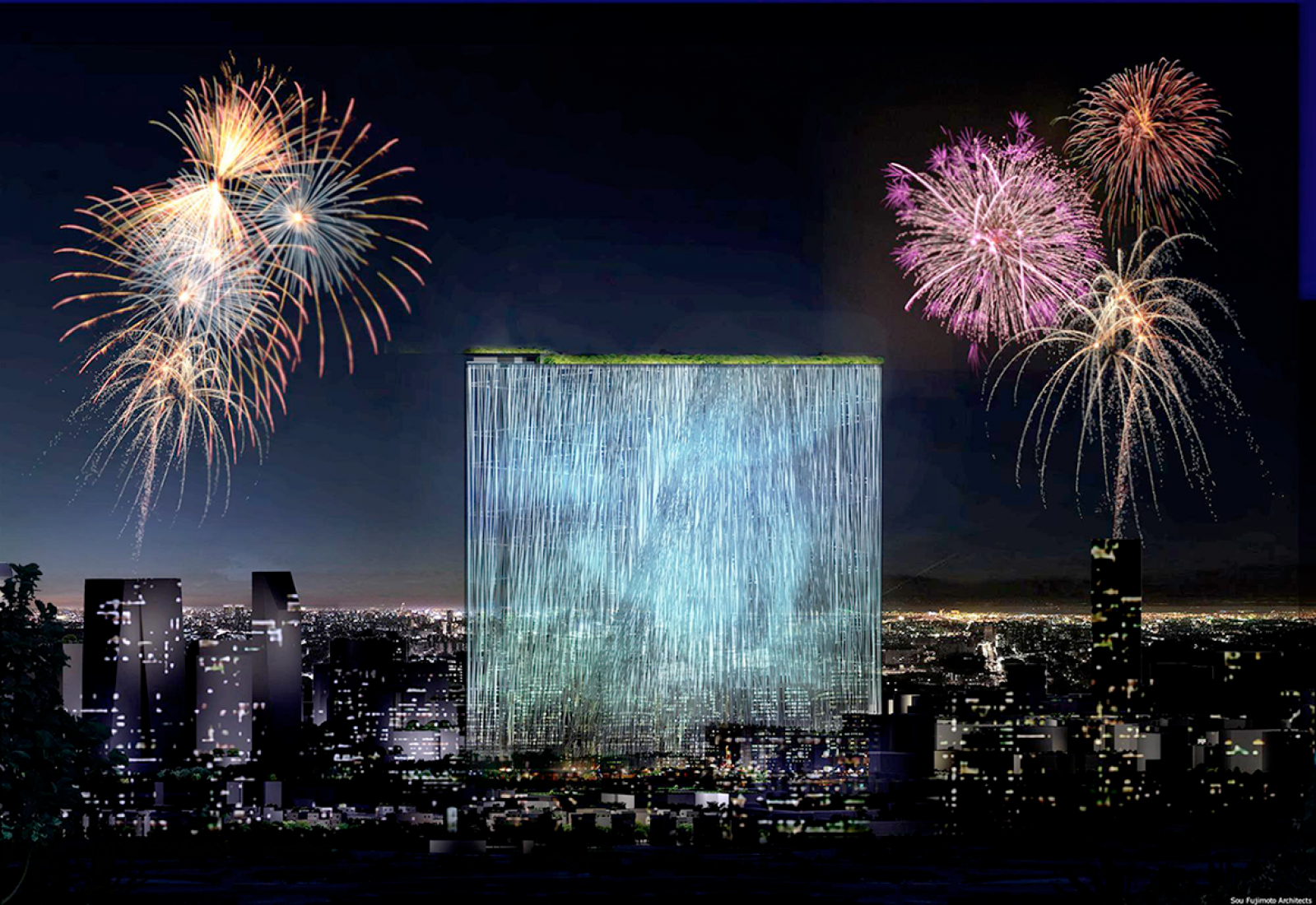 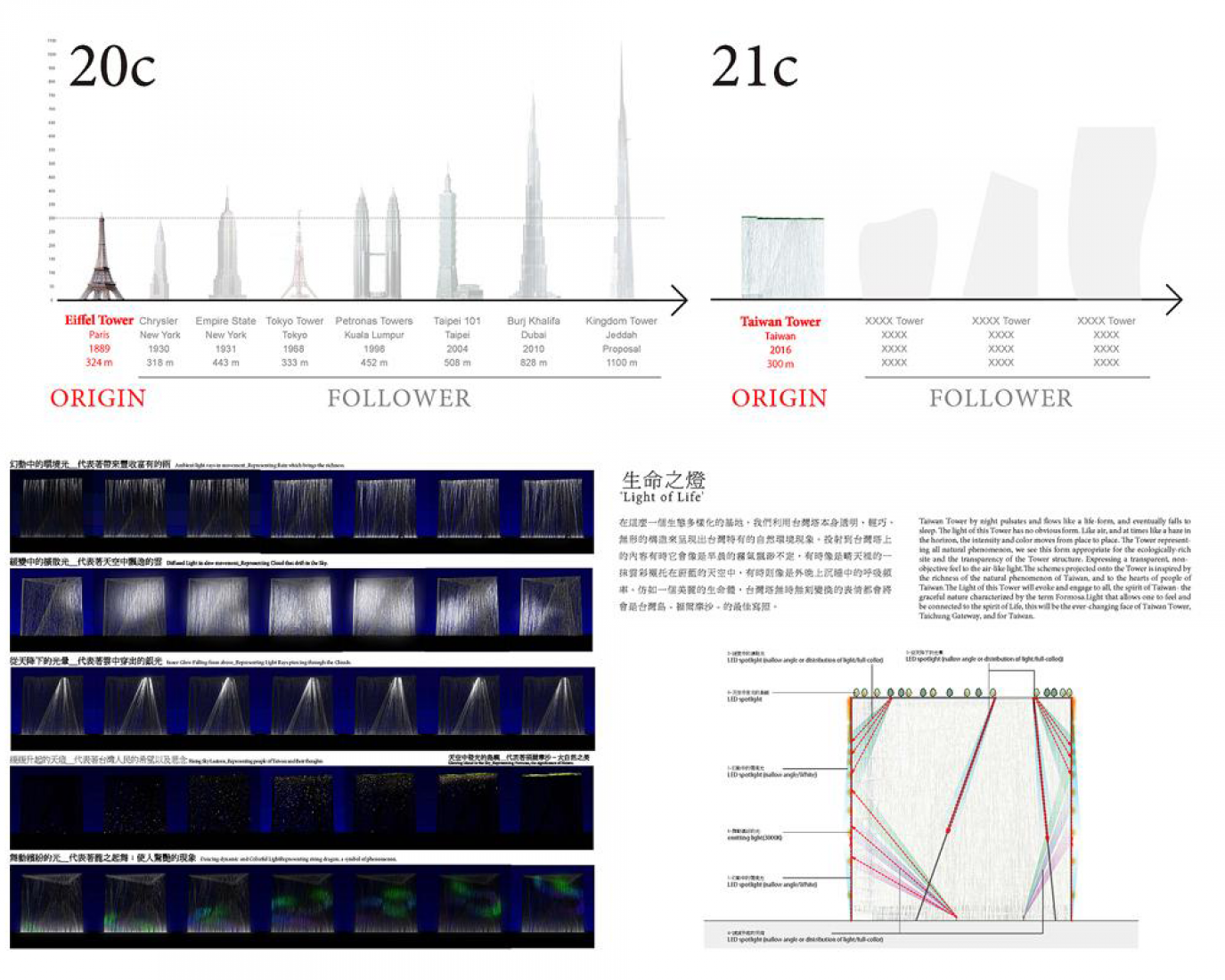 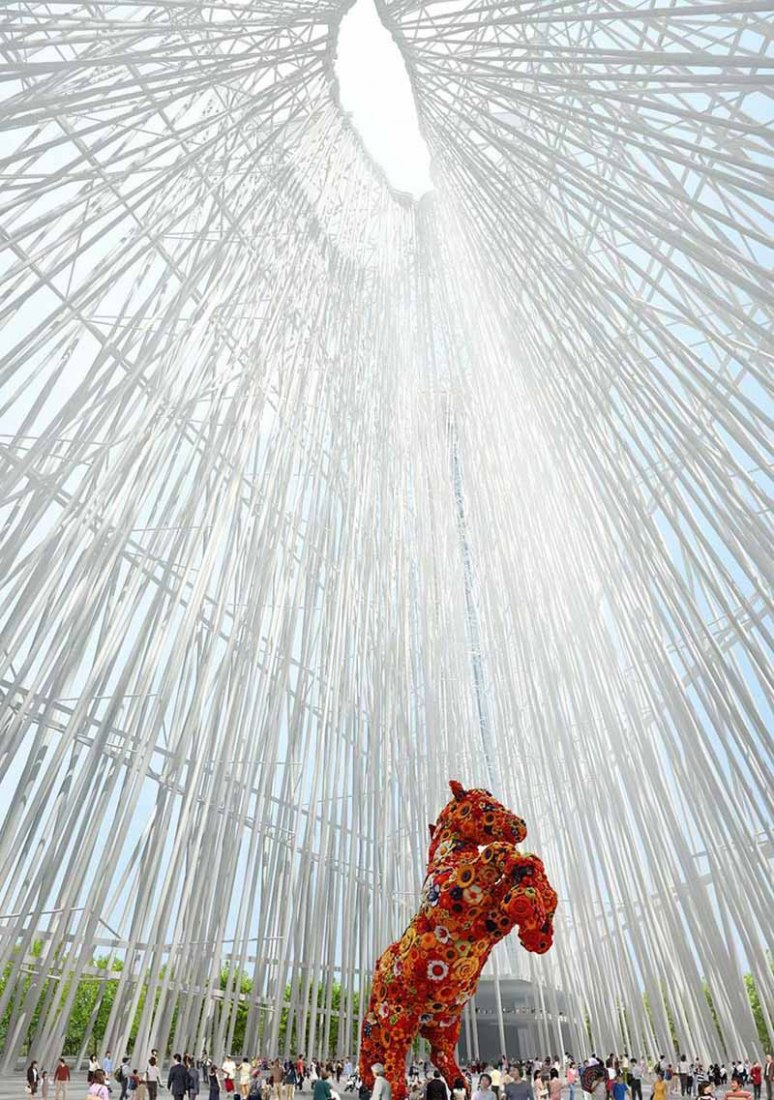 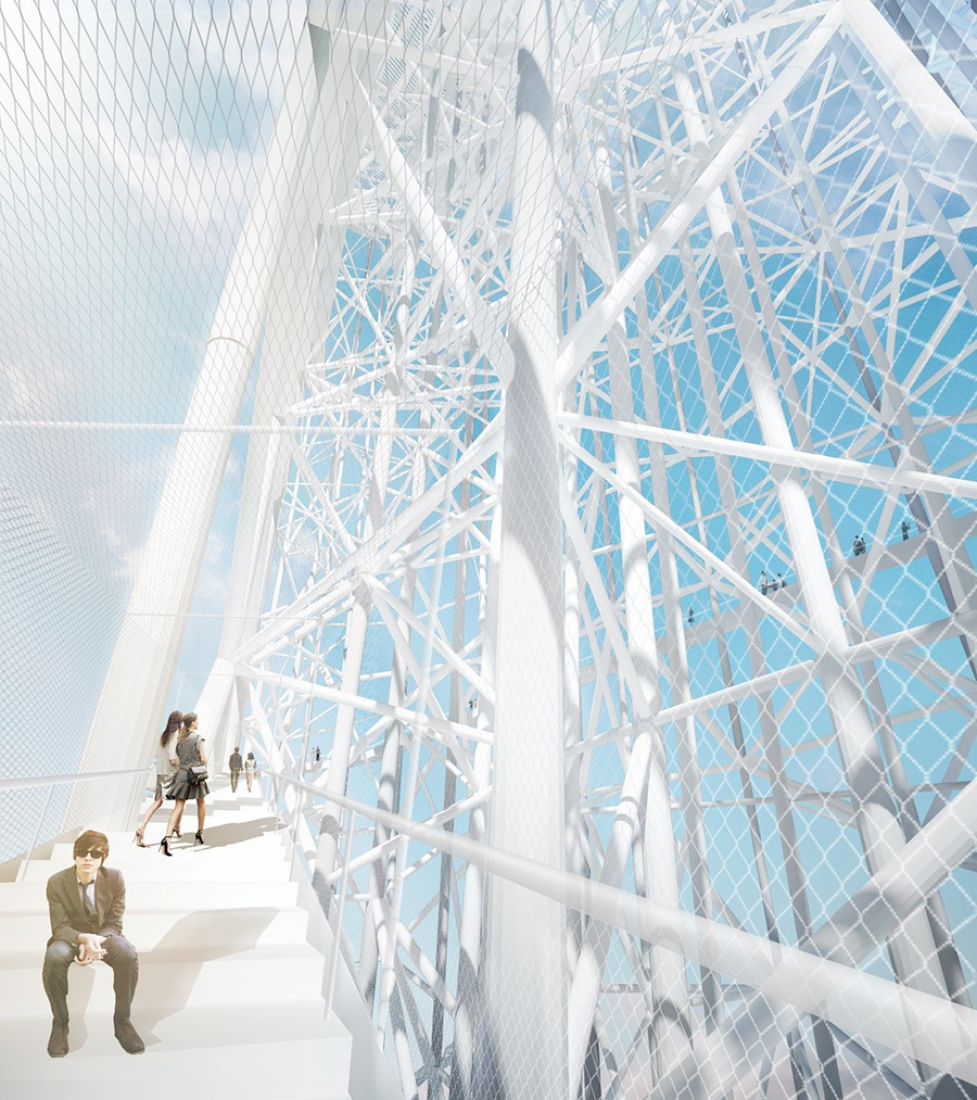 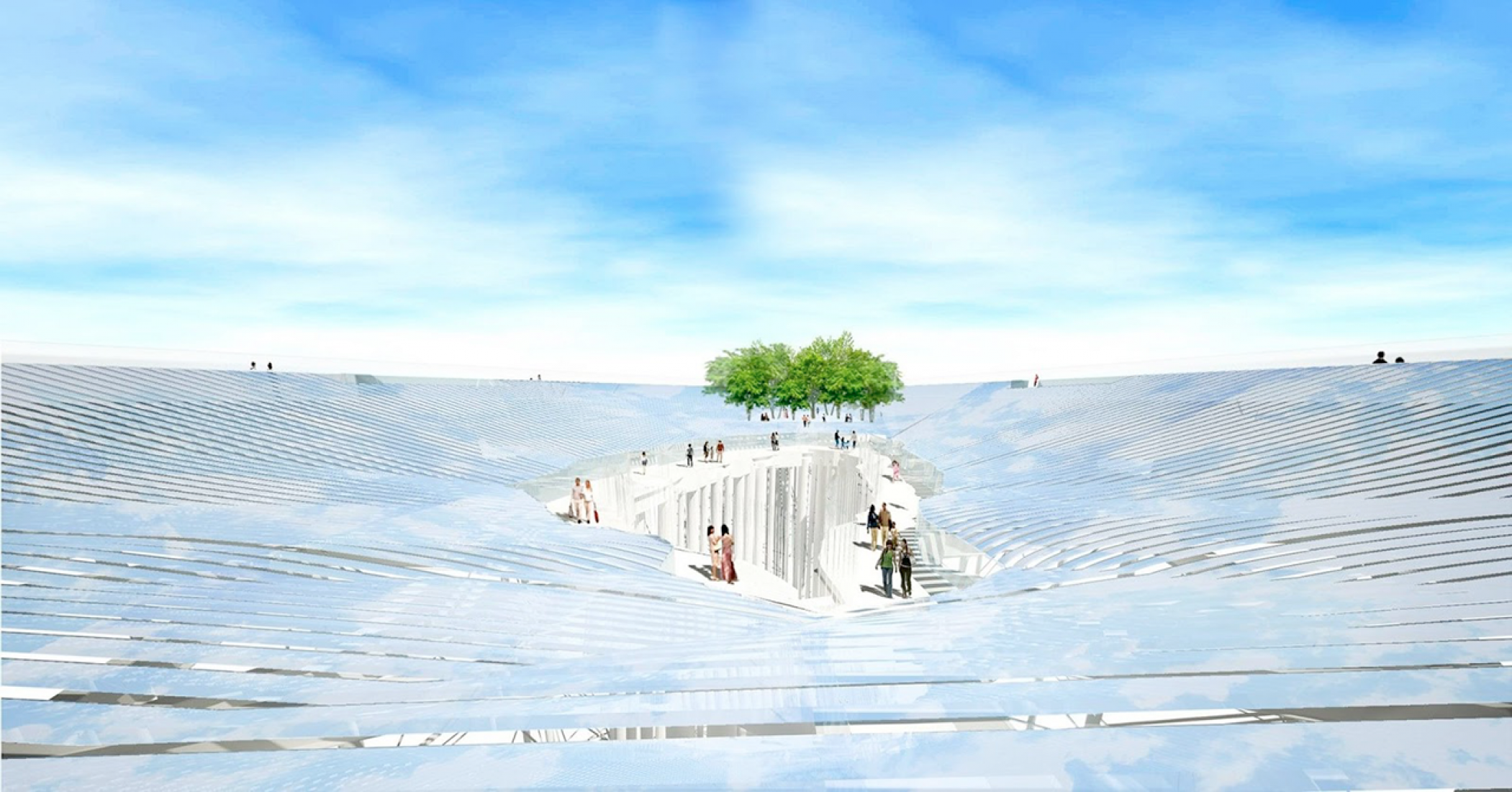 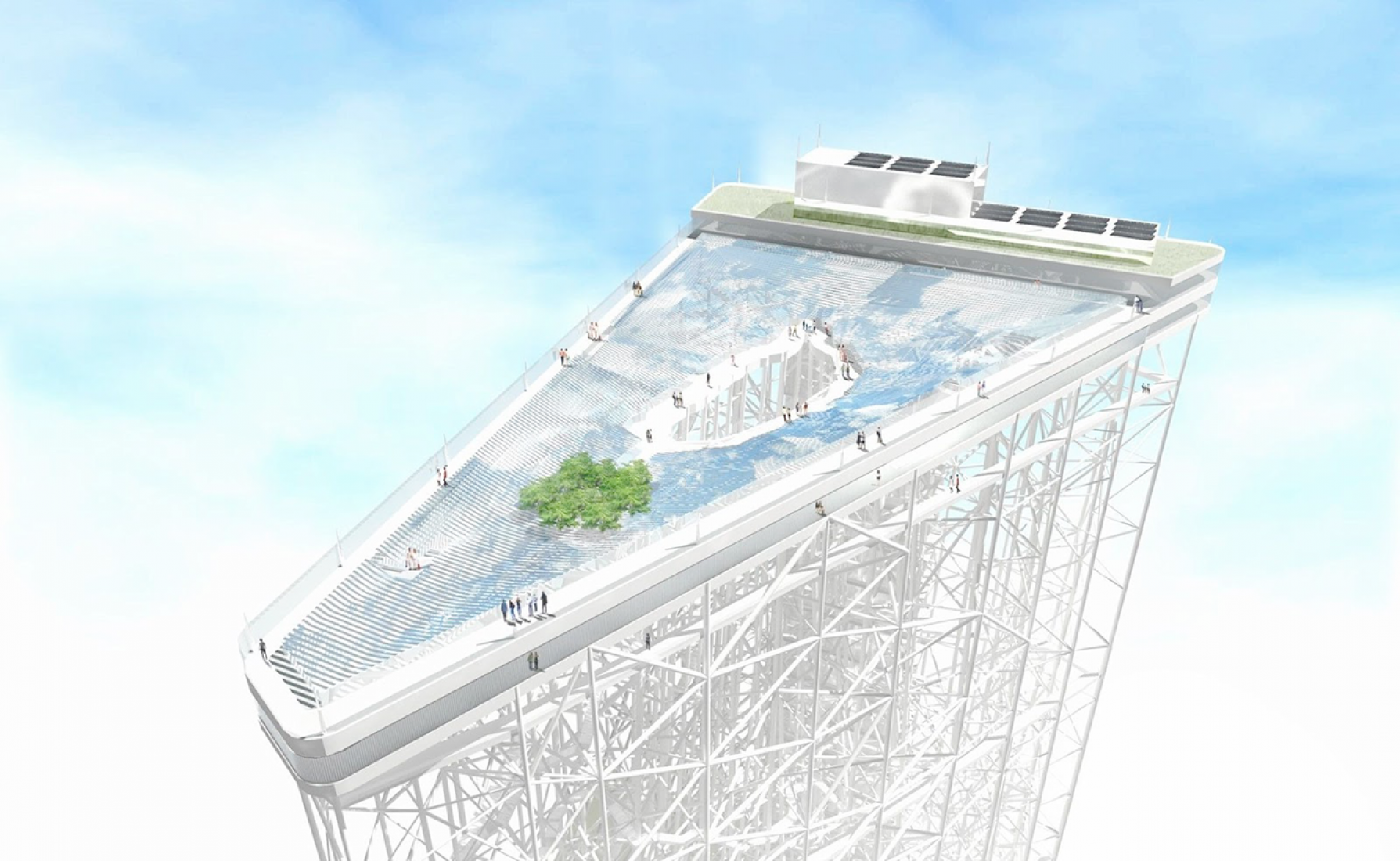 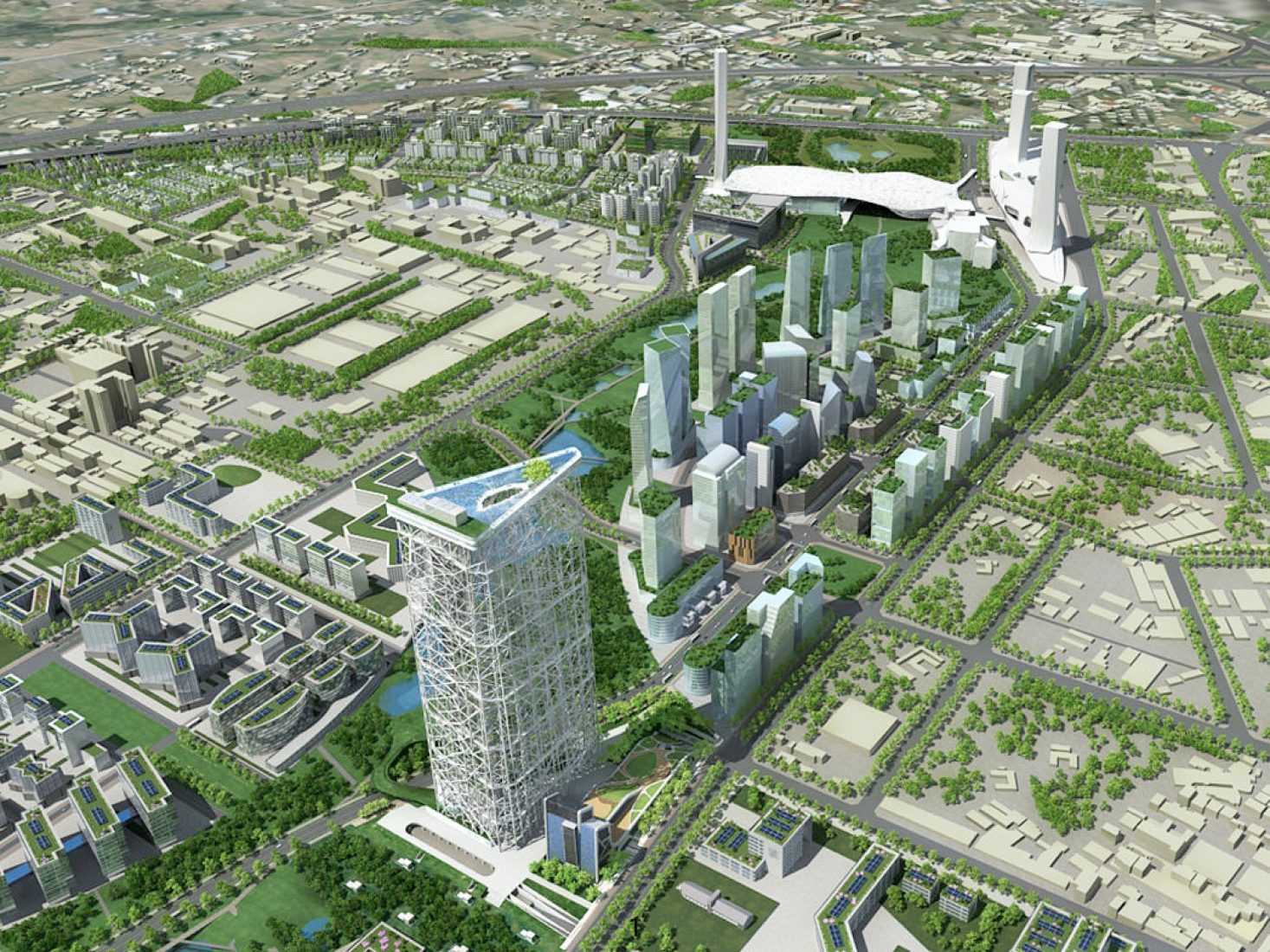 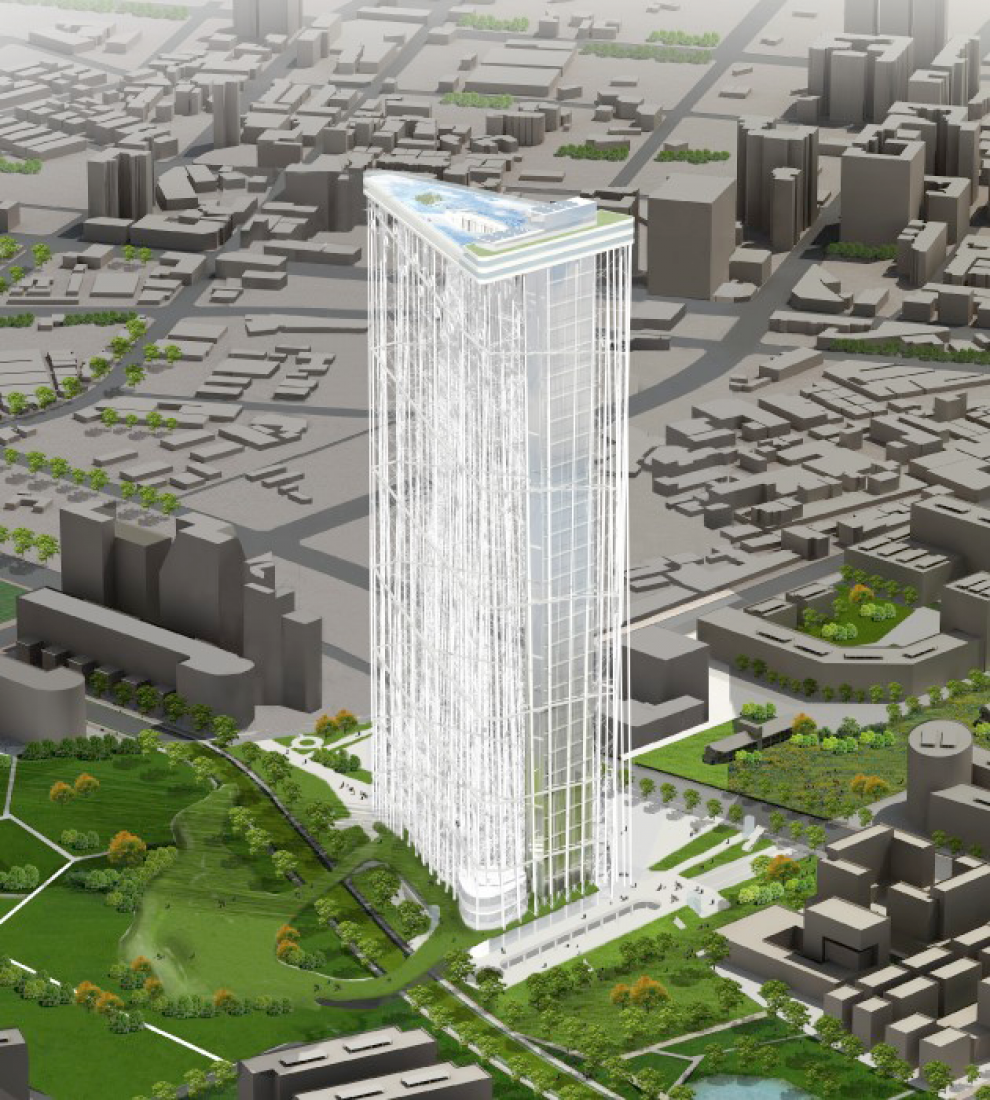 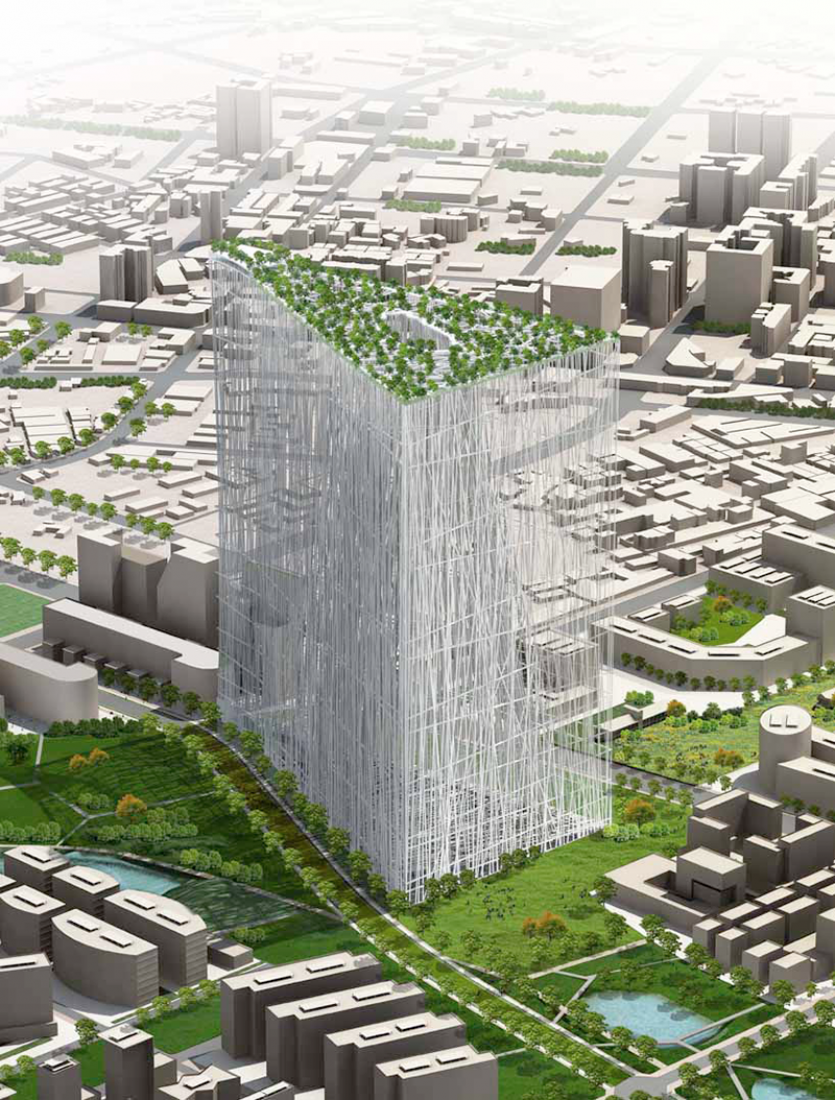 Greater Taichung Mayor Lin Chia-lung (林佳龍) has temporarily pulled the plug on the ambitious Taiwan Tower project – conceived by Sou Fujimoto Architects as Taichung's answer to the Eiffel Tower. Lin Chia-lung yesterday says that the city government has temporarily stopped the Taiwan Tower project, citing concerns over safety and its costs, which have ballooned from NT$8 billion (€ 218.24 million) to NT$15 billion (€ 409.20 million).

The mayor Lin Chia-lung, speaking at a city hall meeting yesterday, said that the budget has surged to a level that “is not in line with the Greater Taichung Council’s resolution,” according to the Taipei Times.

The grand structural frame which encases the site inspired by the Taiwanese tree Banyan, creates a shaded comfortable semi-outdoor space.

The roof-top Garden floating 300M above ground level, provides extraordinary oasis within the city, and simultaneously represents the image of Formosa (Divine Island); richness and beauty of Nature. The 21st Century Oasis Tower itself is representative of the Spirit of Taiwan. This green-filled Garden will be visible from everywhere and will be a symbolic landmark and existence.

Taiwan Tower as an origin of the 21st Century

The Eiffel Tower marked the new age and became the renowned Tower that represented the era within the 20th Century cultural centre, Paris. After the Eiffel Tower was conceived, many Towers; a variation of Eiffel Tower around the globe competed in the race for the Highest-Tower. The tower proposed here is a Tower as an origin of 21st Century. We see the Taiwan Tower undertaking the role that Eiffel Tower had undertook in Modernity for the 21st Century and beyond. This is a typology of Tower that has never before existed.

The environmental design will be implementing various strategies of renewable energy systems and passive design methodologies as listed below.

These systems will be the solutions to mitigate the load impact onto the infrastructure and, as a result, will be targeting reduction of the half energy consumption/carbon emission in this building integrating with the innovative architectural design. For the LEED accreditation, obtaining 19 credits in the EA C-1 will be the significant contribution to acquiring the LEED Gold level.

The superstructure of the tower is proposed to be a steel construction comprised with Perimeter Columns, Inner Columns, Intermediate Columns, Spiral Beams and Roof Beams.

All columns are circular hollow sections of approximately 800mm diameter. While Inner Columns are arranged longitudinally on the surface of the “Taiwan Cone” for an aesthetic reason, Perimeter Columns and Intermediate Columns will be mixture of vertical ones and leaning ones so that they can resist lateral loads due to wind or earthquake effectively.

Spiral Beams form two spiral-shaped braced planes, which extend between Perimeter Columns and Inner Columns from the ground to the roof plane, and are expected to prevent all the columns from buckling. Each spiral plane rises approximately 30m near the ground where the axial force of the columns are relatively high, and the rise increases gradually up to approximately 60m as it goes higher.
'Light of Life'

Taiwan Tower by night pulsates and flows like a life-form, and eventually falls to sleep. The light of this Tower has no obvious form. Like air, and at times like a haze in the horizon, the intensity and color moves from place to place. The Tower representing all natural phenomenon, we see this form appropriate for the ecologically-rich site and the transparency of the Tower structure. Expressing a transparent, nonobjective feel to the air-like light. The schemes projected onto the Tower is inspired by the richness of the natural phenomenon of Taiwan, and to the hearts of people of Taiwan. The Light of this Tower will evoke and engage to all, the spirit of Taiwan- the graceful nature characterized by the term Formosa. Light that allows one to feel and be connected to the spirit of Life, this will be the ever-changing face of Taiwan Tower, Taichung Gateway, and for Taiwan.

In order to exist as a comforting resting place for the surrounding campus and the adjacent cultural zones, the Tower will provide a plaza-like space in direct continuation to the Green-belt. And by the Green extended above in the roof-top Garden, the formation brings a three dimensional continuation of the Greenery and Garden. This Tower will create an URBAN OASIS in the Taichung Gateway, in the intersection of where Transport/Education/Culture/Nature converge. 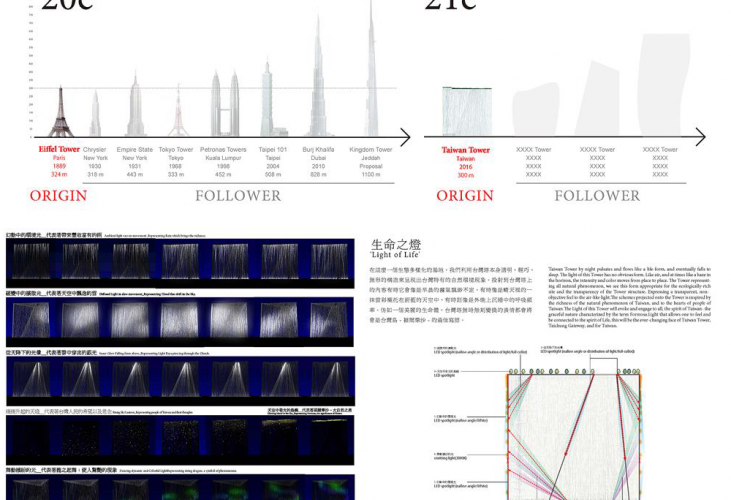 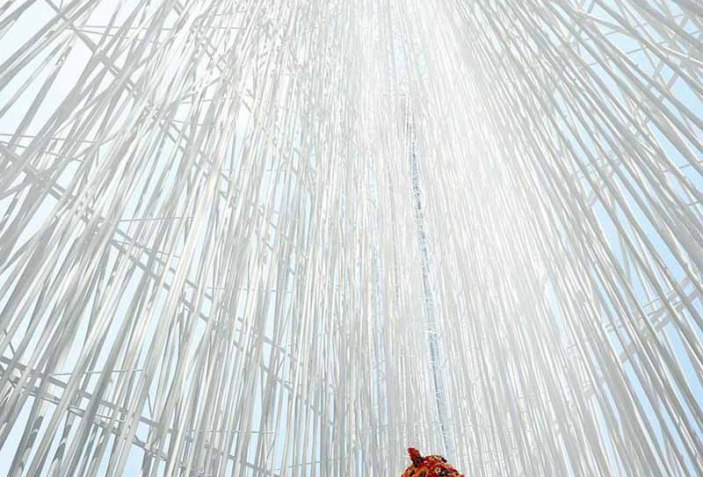 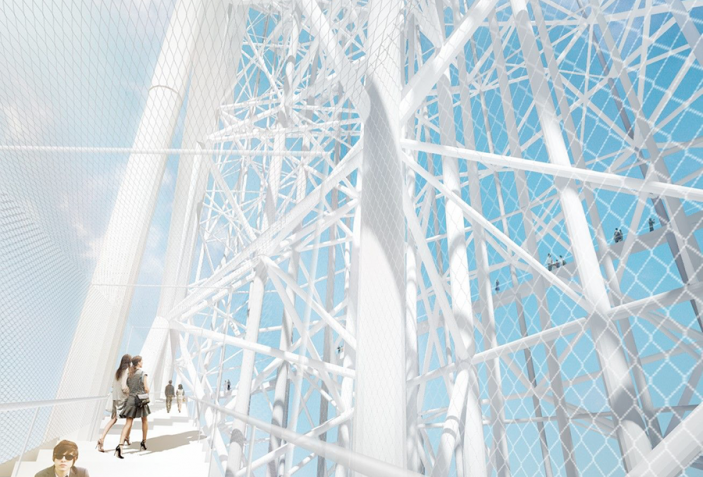 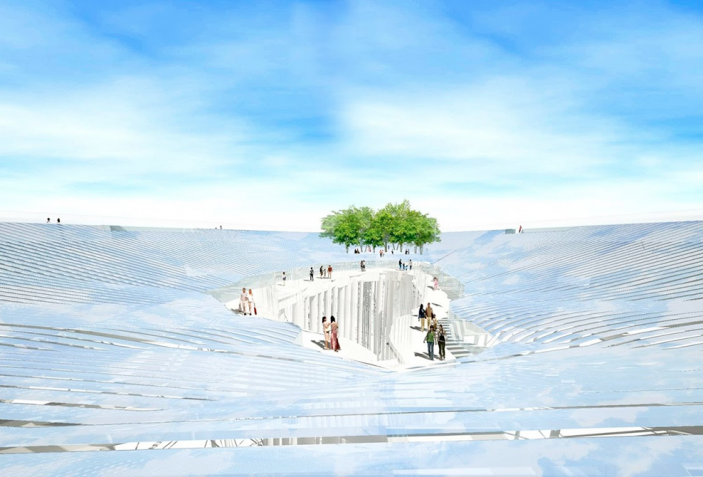 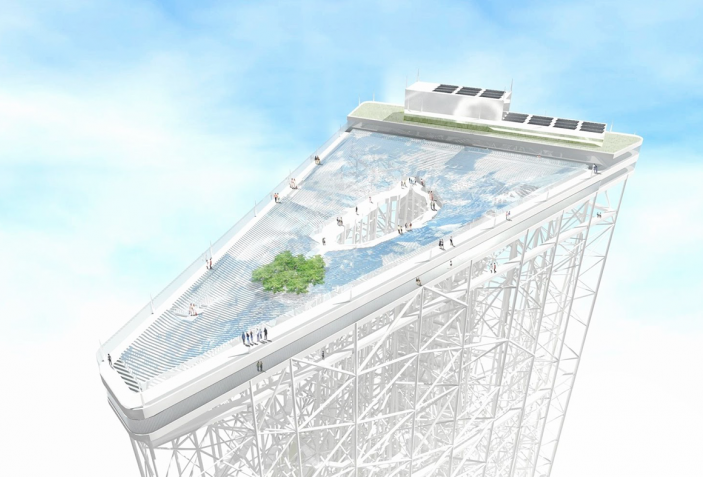 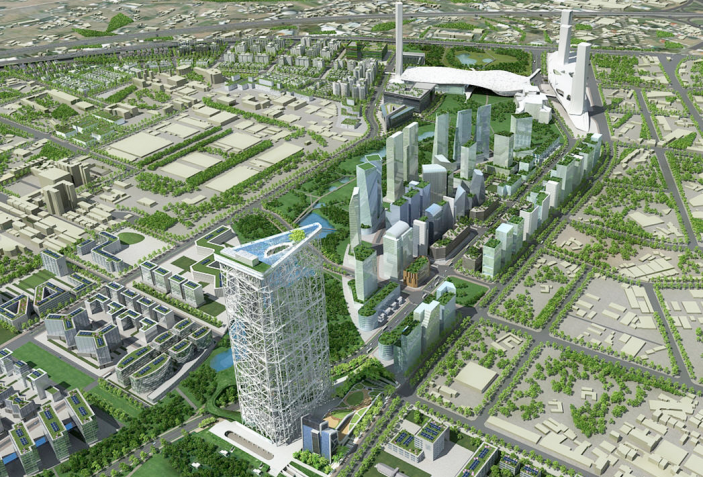 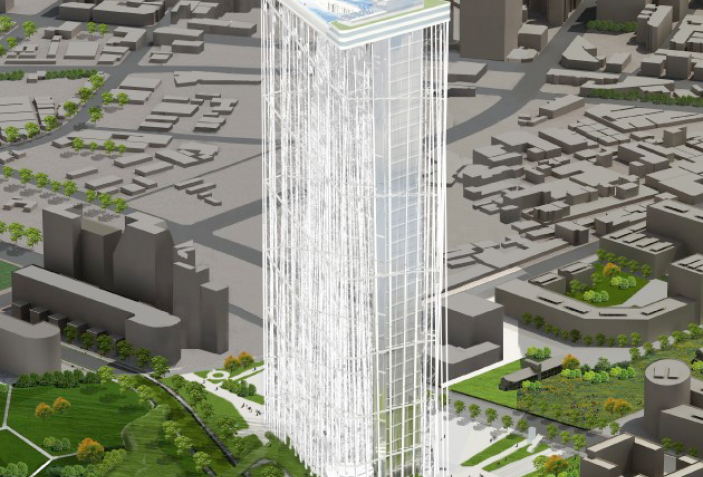 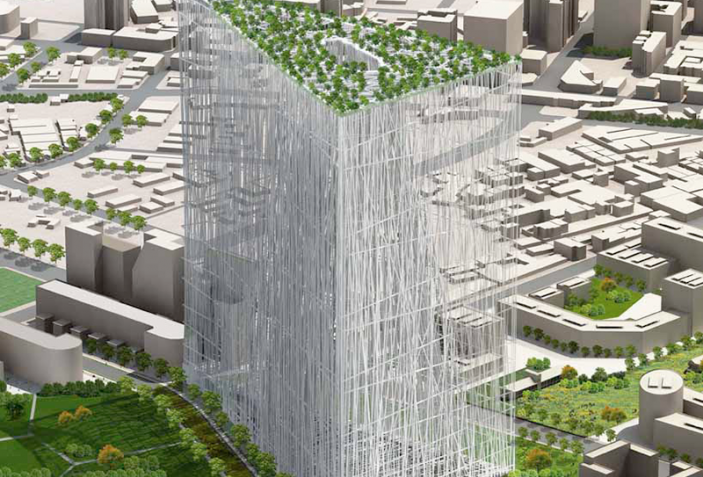 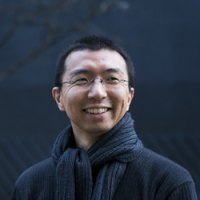 Sou Fujimoto was born in Hokkaido, Japan on August 4, 1971. In 1994 he graduated in architecture at the Faculty of Engineering, University of Tokyo. He established his own architecture studio, the agency Sou Fujimoto Architects, in Tokyo in 2000, and since 2007 a ​​professor at Kyoto University.

He was first noticed in 2005 when he won the prestigious AR – international Architectural Review Awards in the Young architect’s category, a prize that he garnered for three consecutive years, and the Top Prize in 2006.

In 2008, he was invited to jury these very AR Awards. The same year he won the JIA (Japan Institute of Architects) prize and the highest recognition from the World Architecture Festival, in the Private House section. In 2009, the magazine Wallpaper* accorded him their Design Award.  Sou Fujimoto published “Primitive Future” in 2008, the year’s best-selling architectural text. His architectural design, consistently searching for new forms and spaces between nature and artifice.

Sou Fujimoto became the youngest architect to design the annual summer pavilion for London’s Serpentine Gallery in 2013, and has won several awards, notably a Golden Lion for the Japan Pavilion at the 2012 Venice Architecture Biennale and The Wall Street Journal Architecture Innovator Award in 2014. 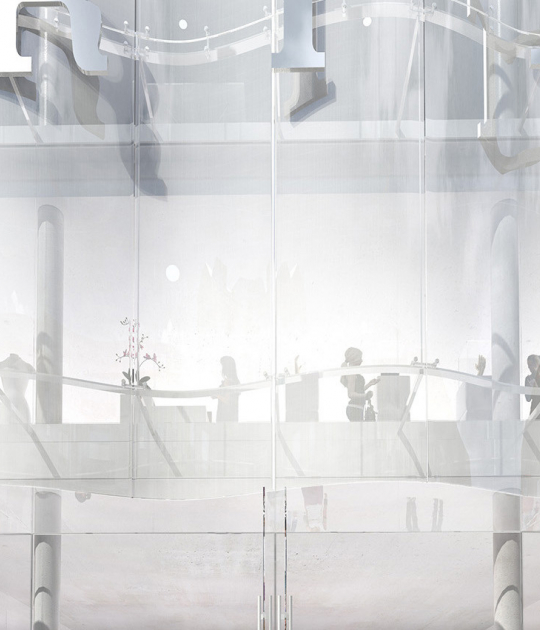 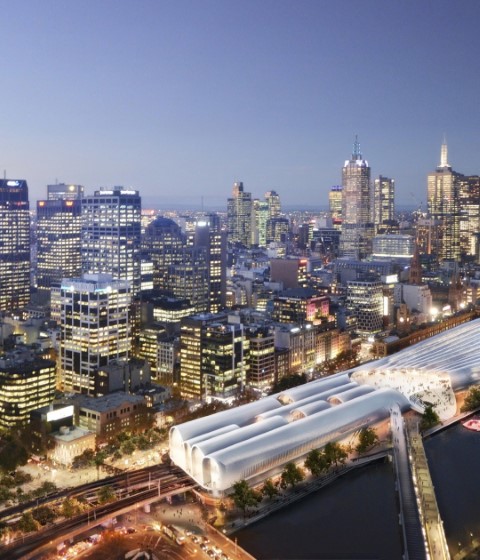 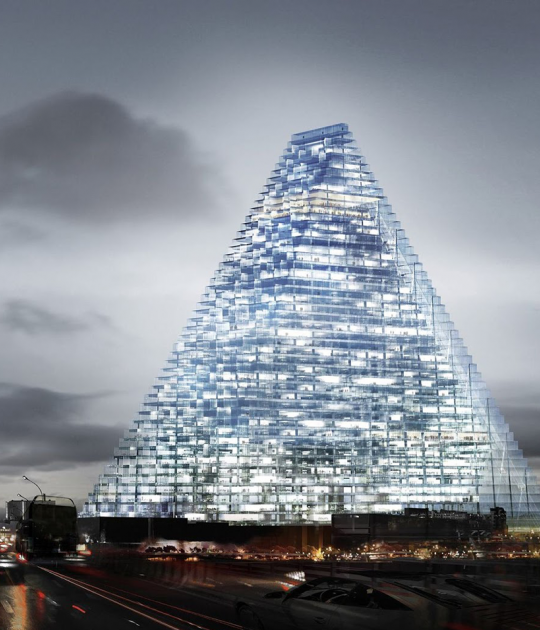 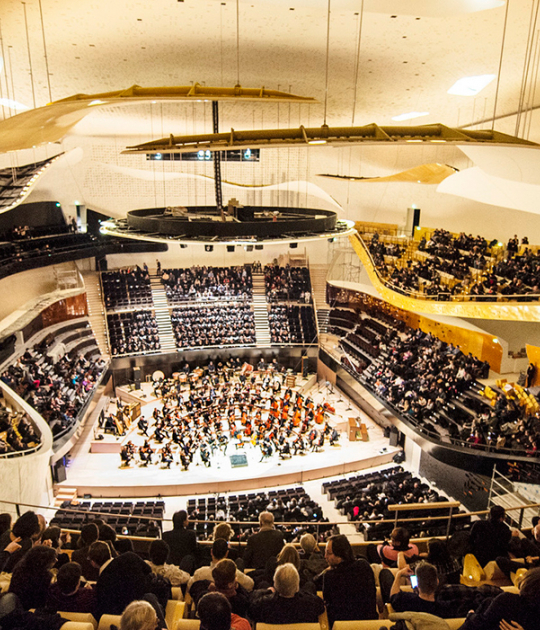 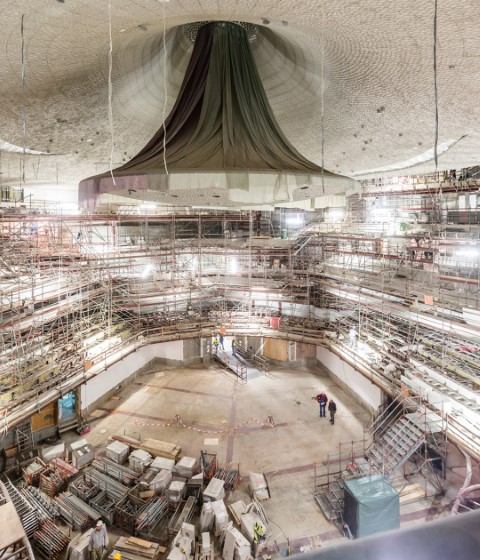